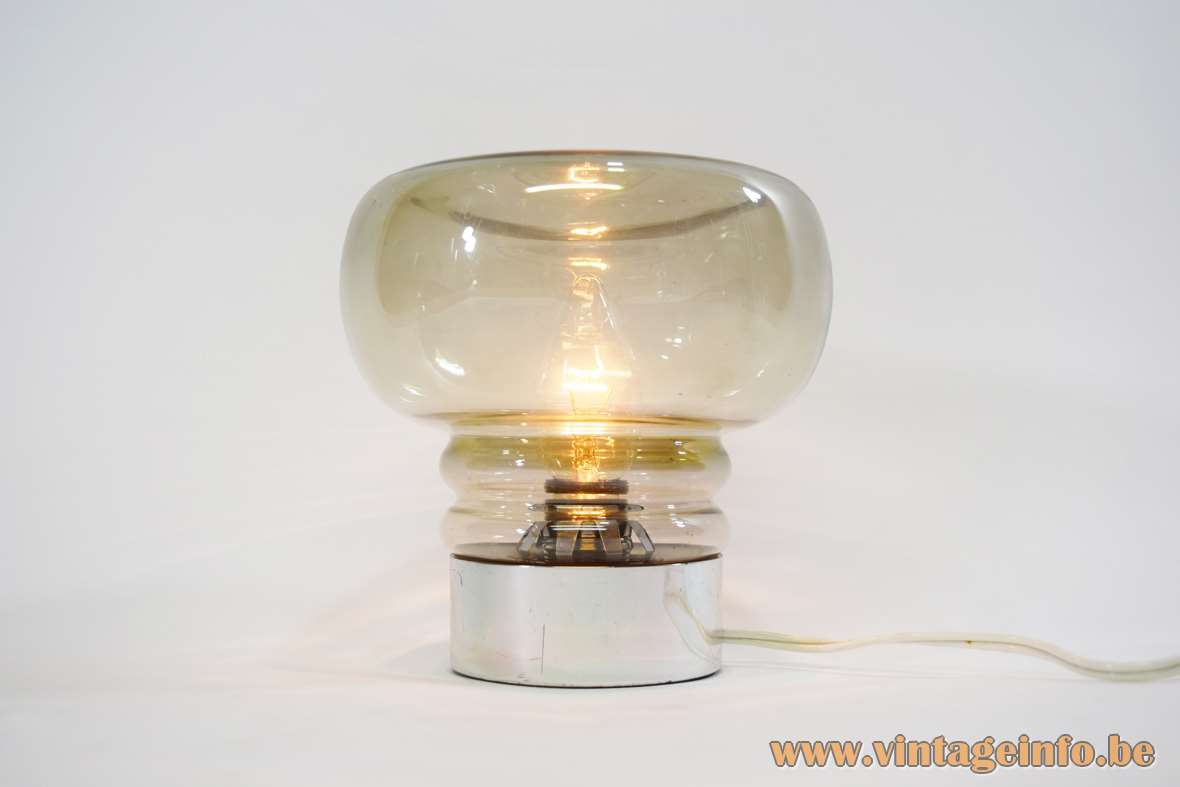 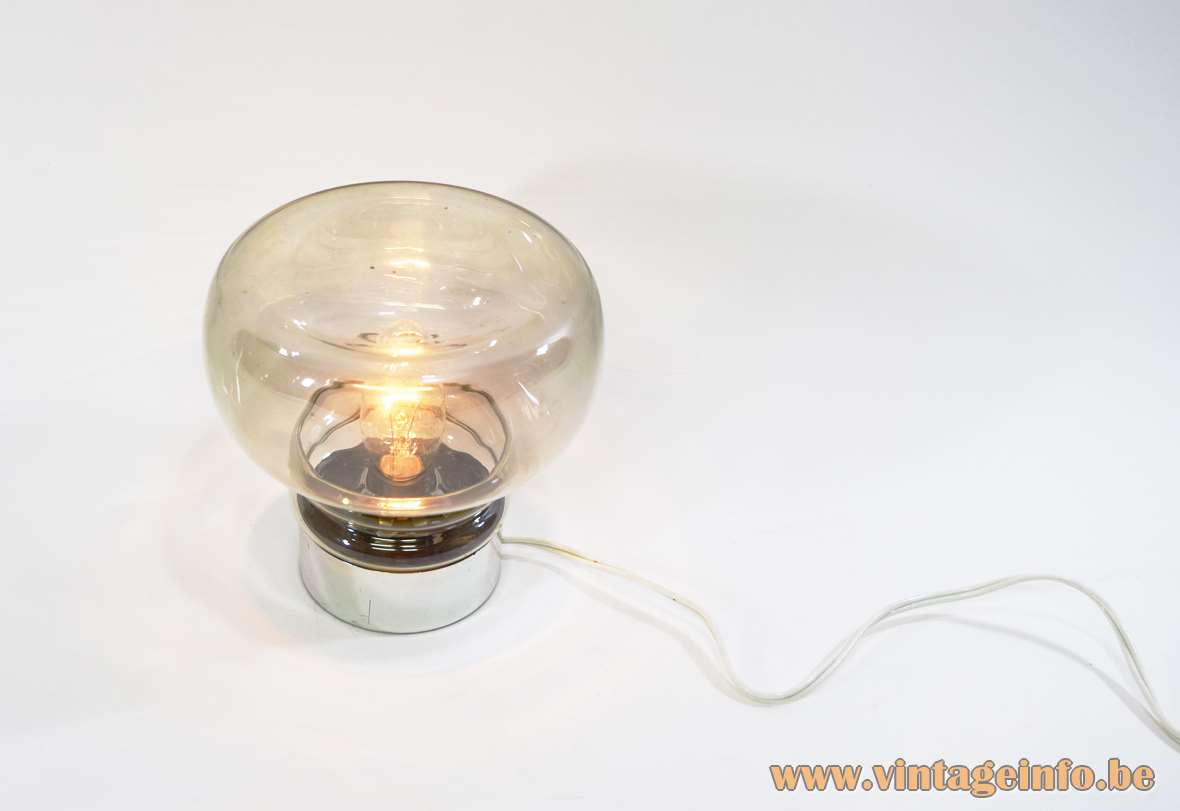 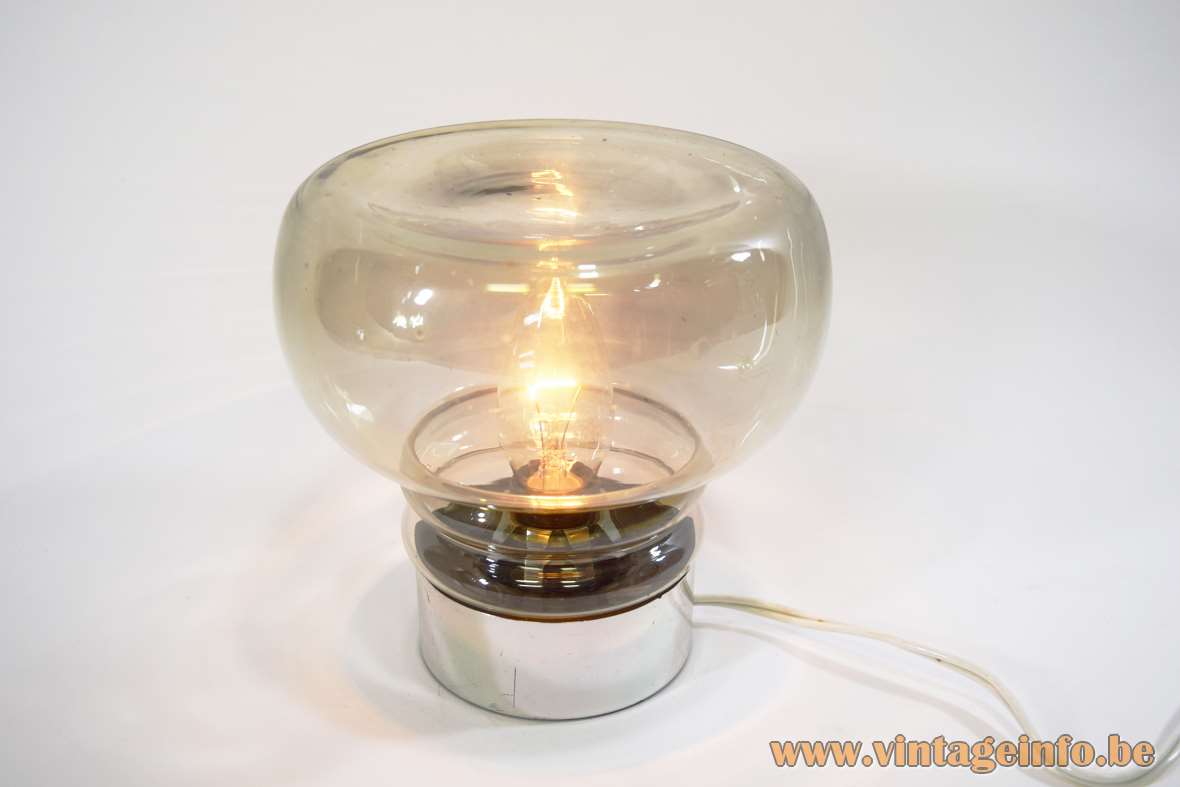 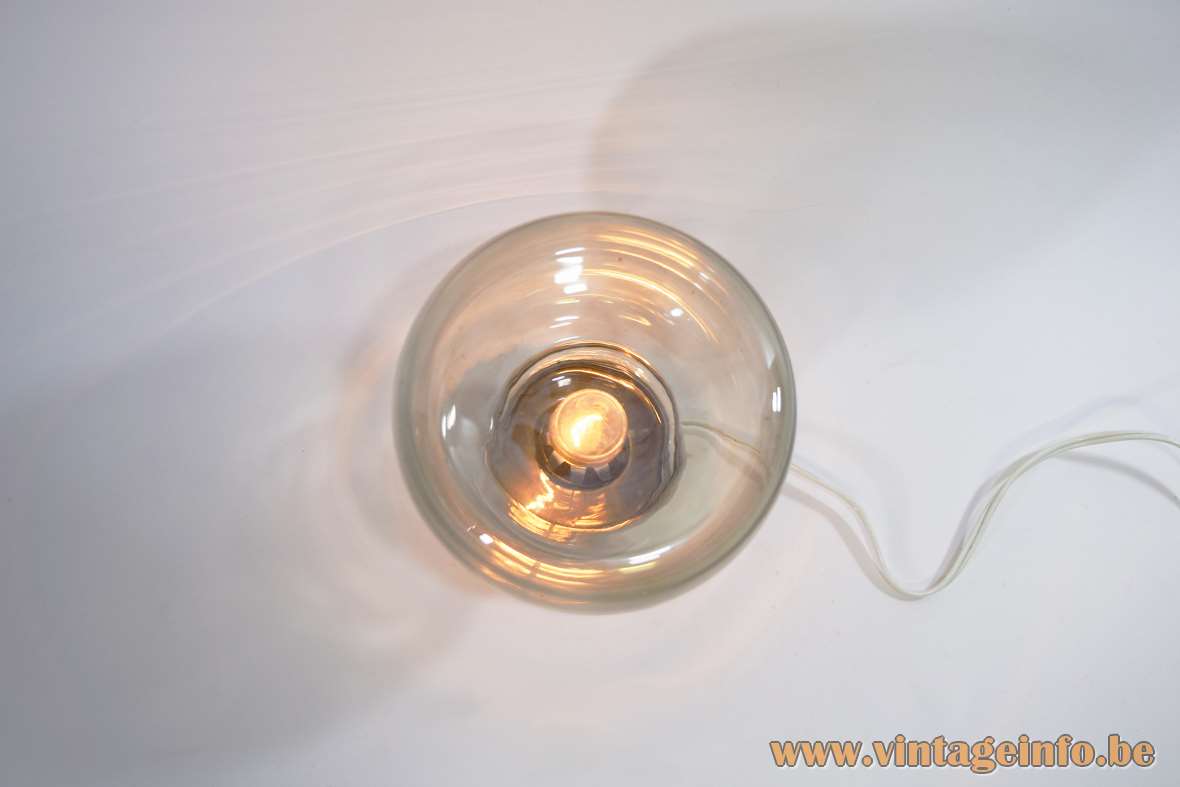 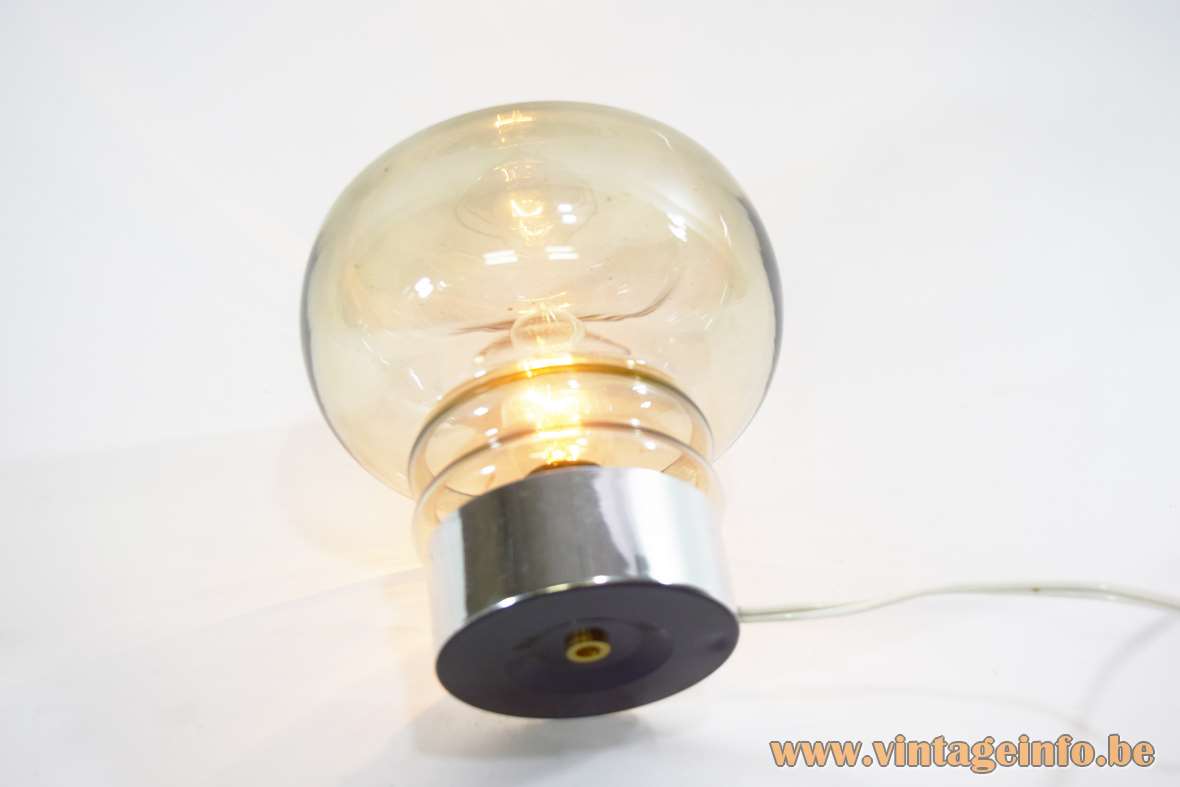 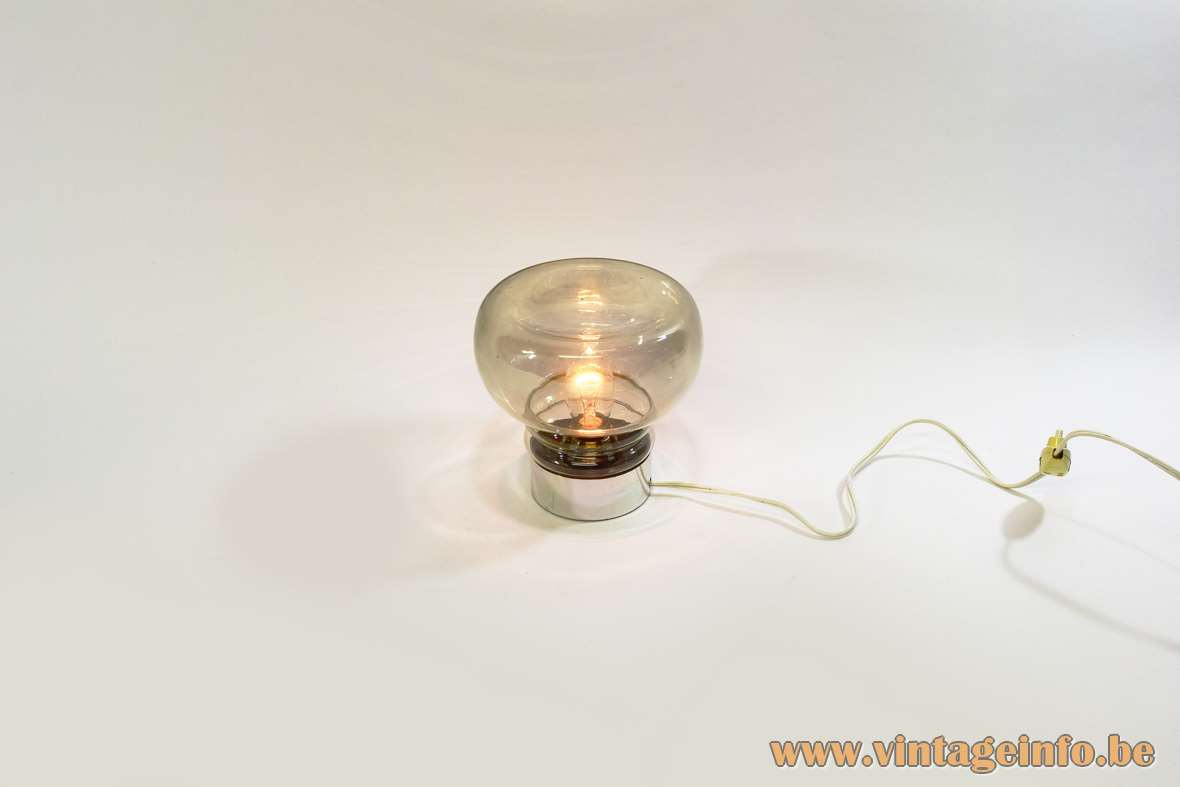 Other versions: This smoked glass table lamp exists in some variations as you can see below. Also made with a chromed metal (iron) base and a metal socket.

Massive sold many lamps made by other companies. 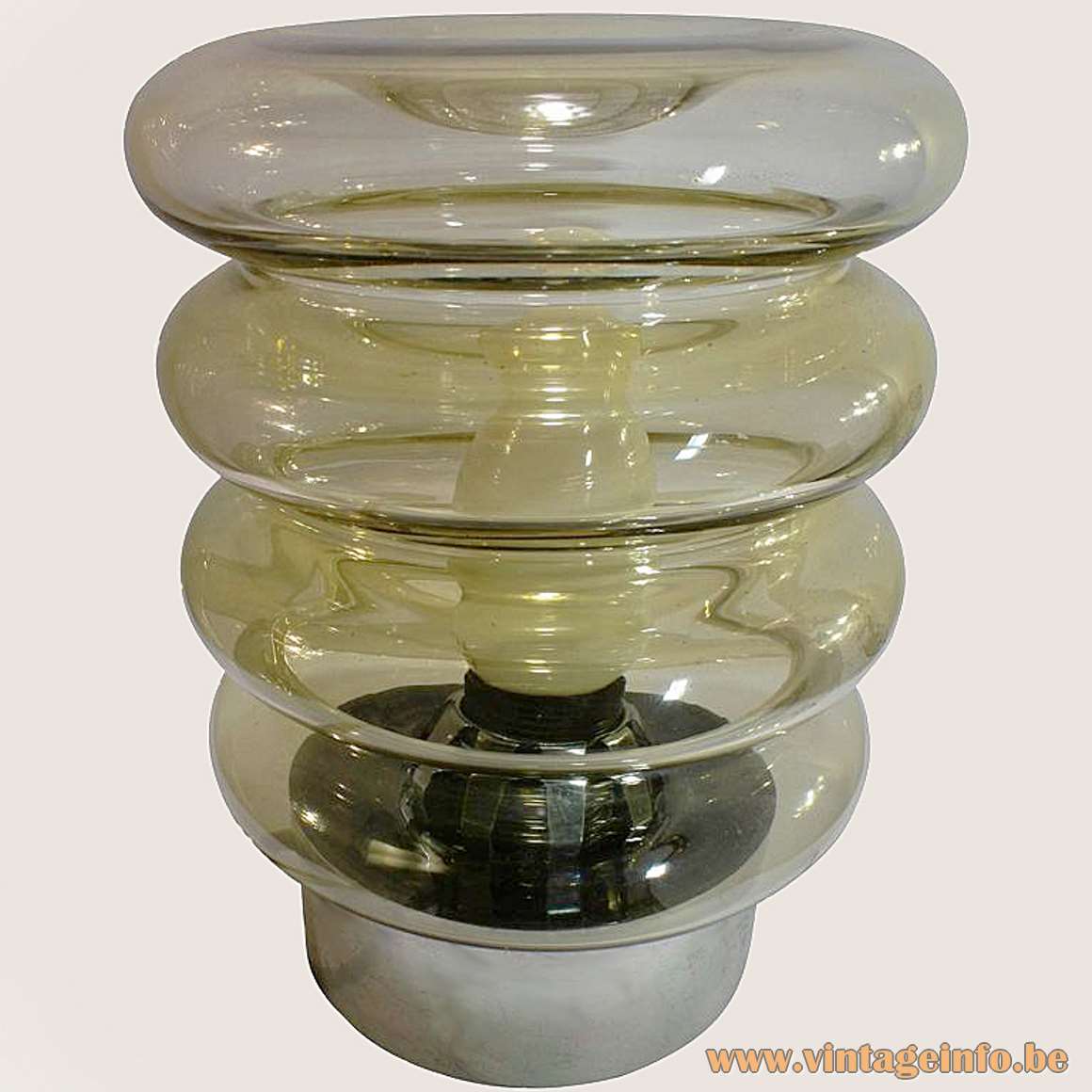 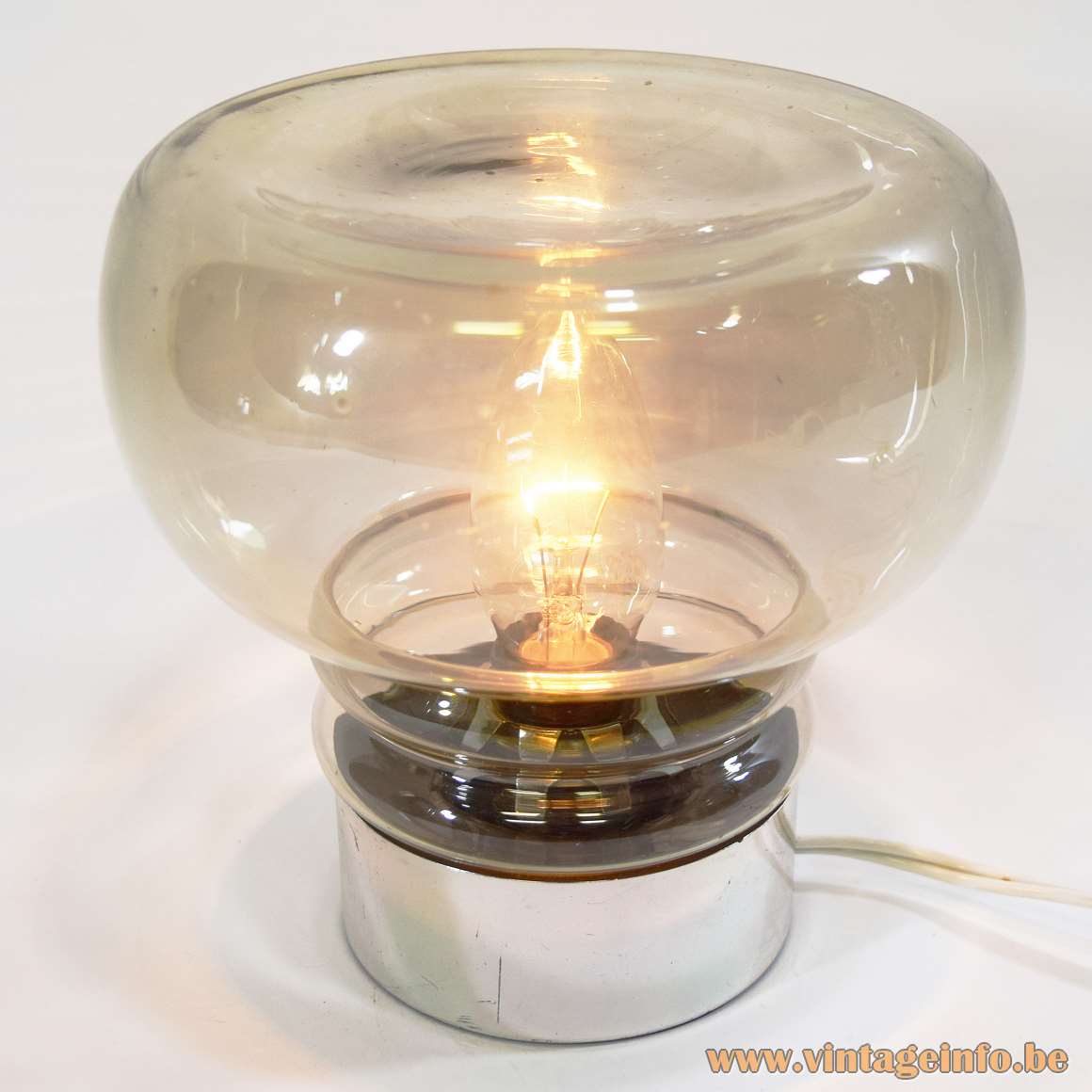