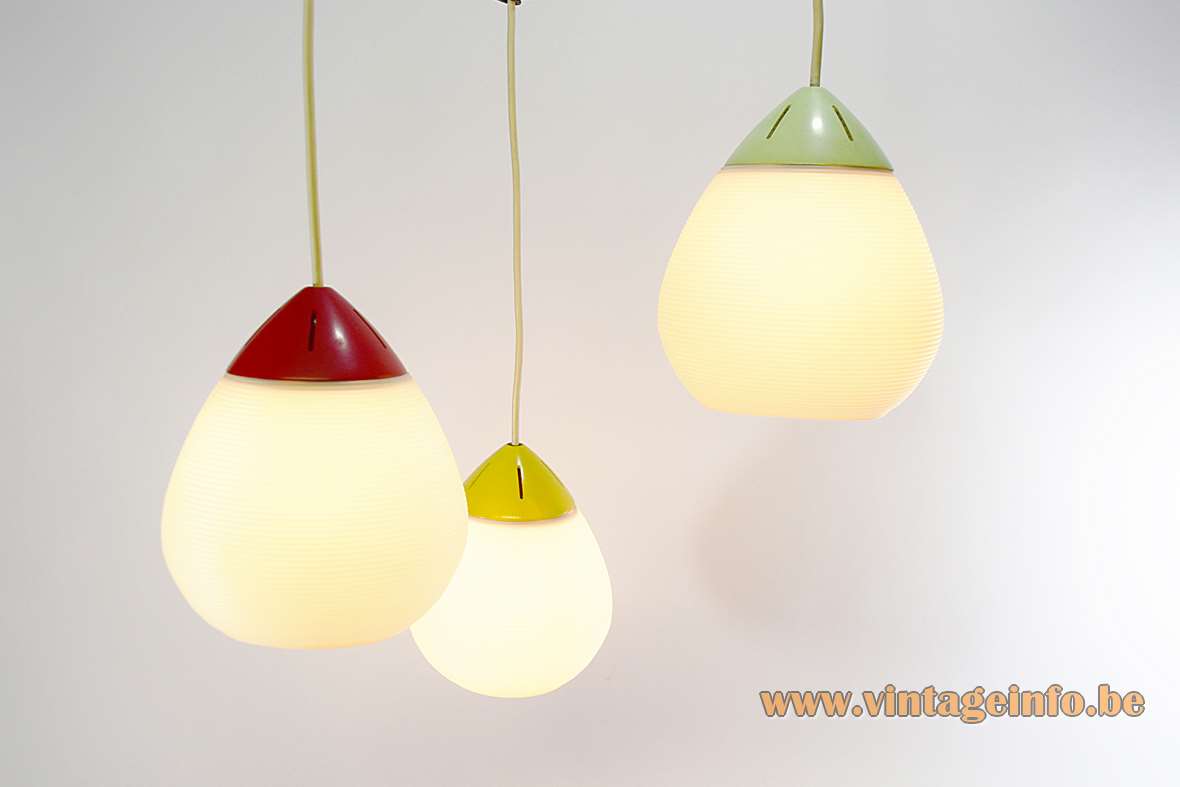 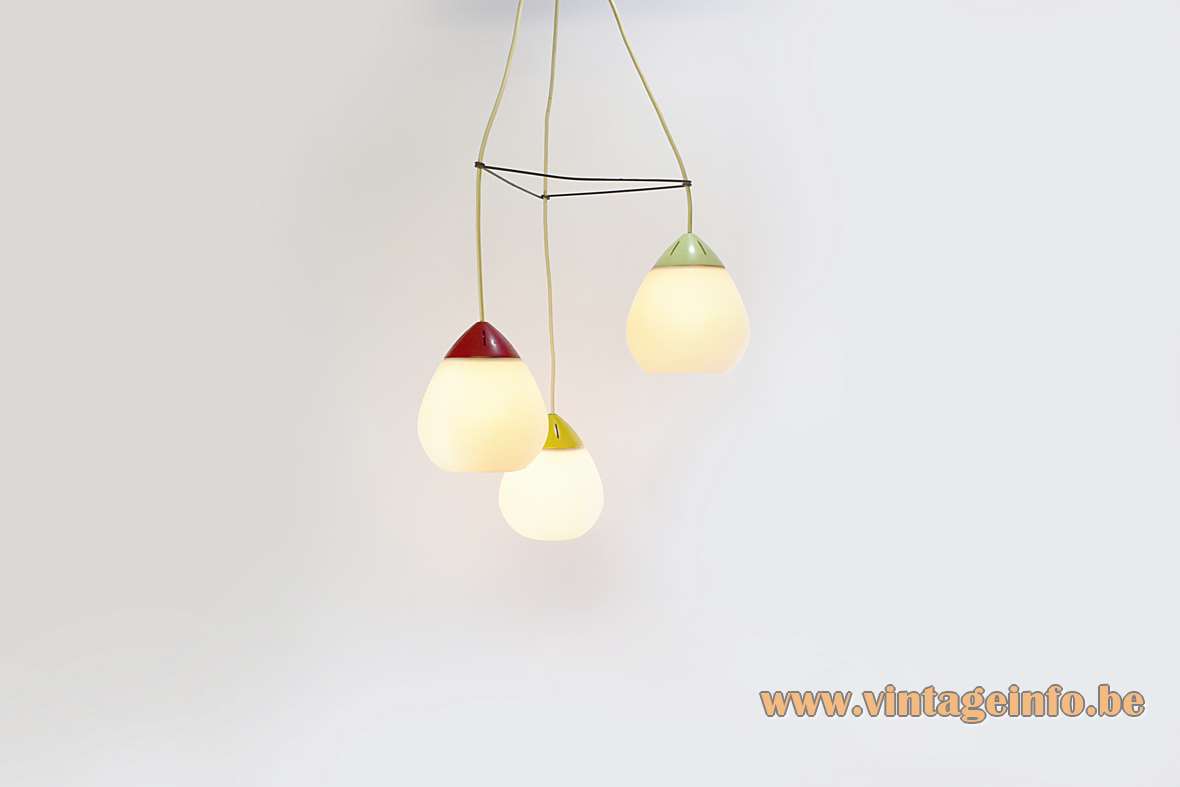 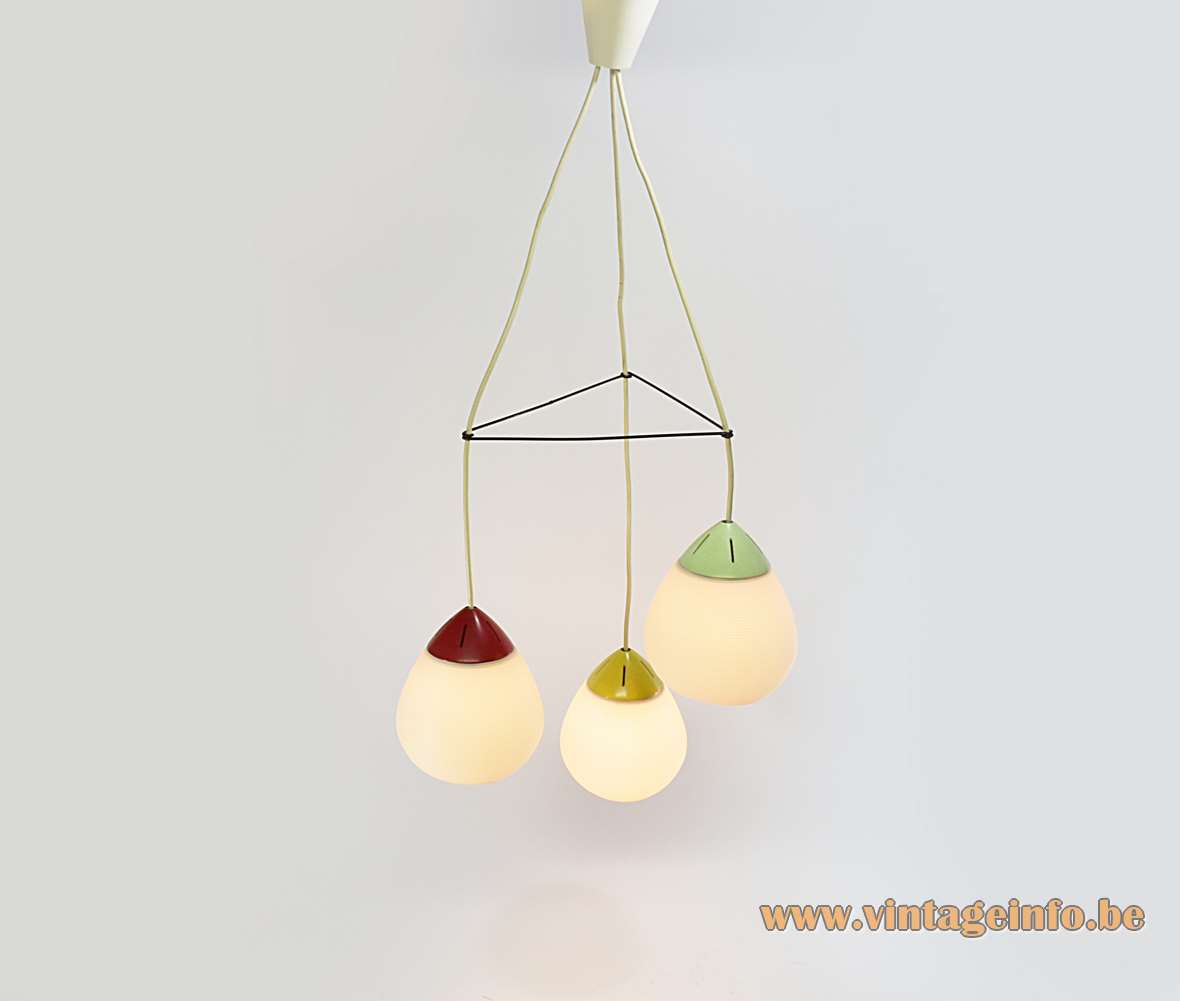 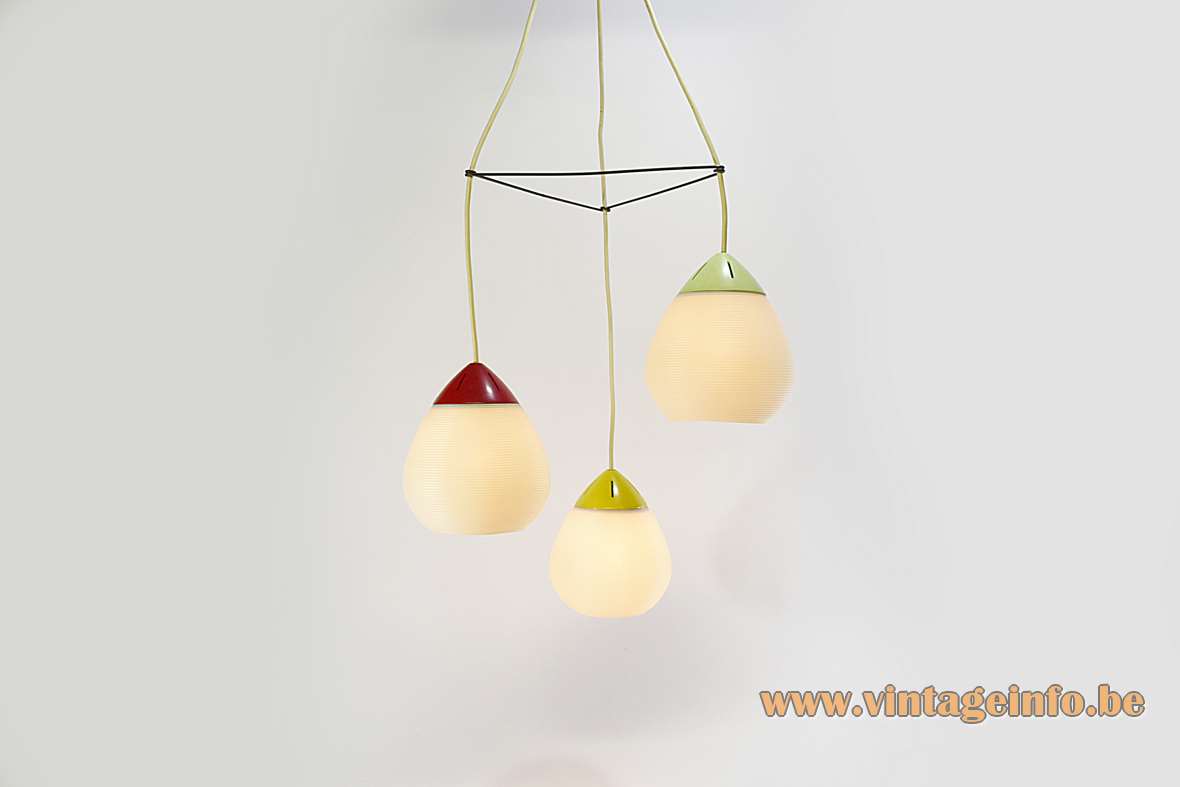 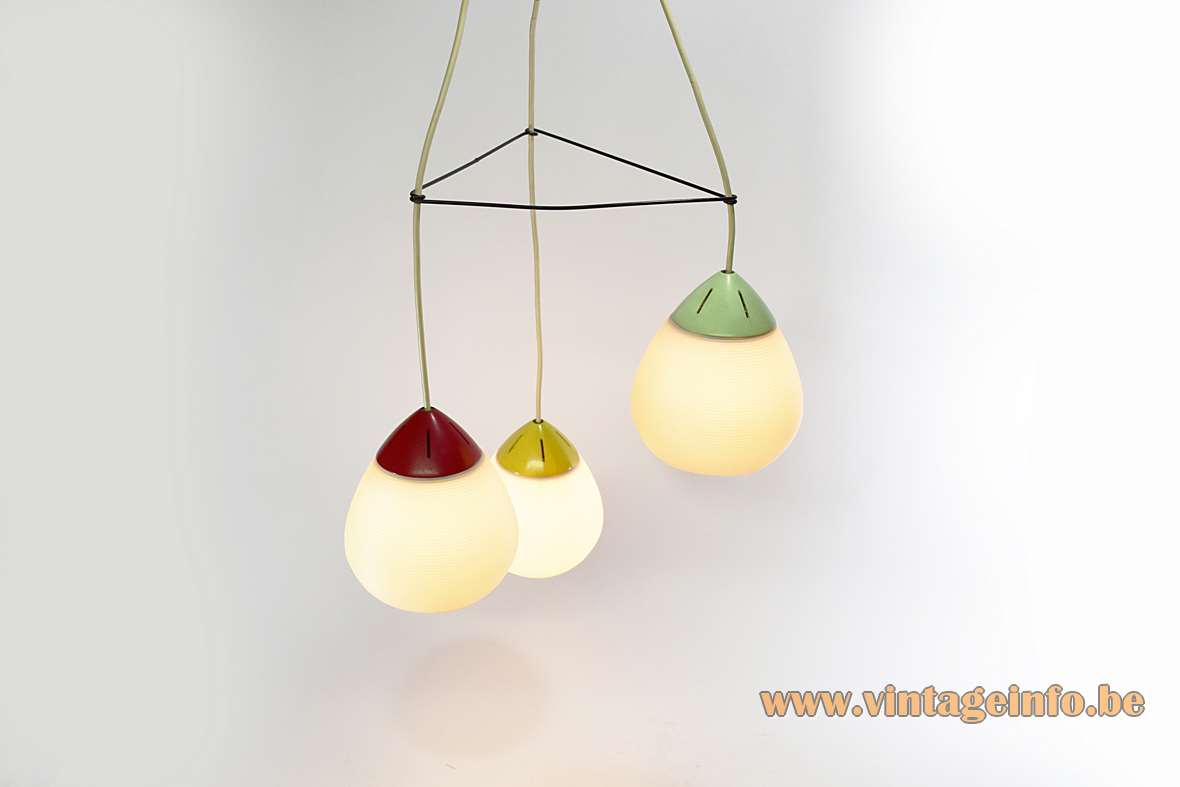 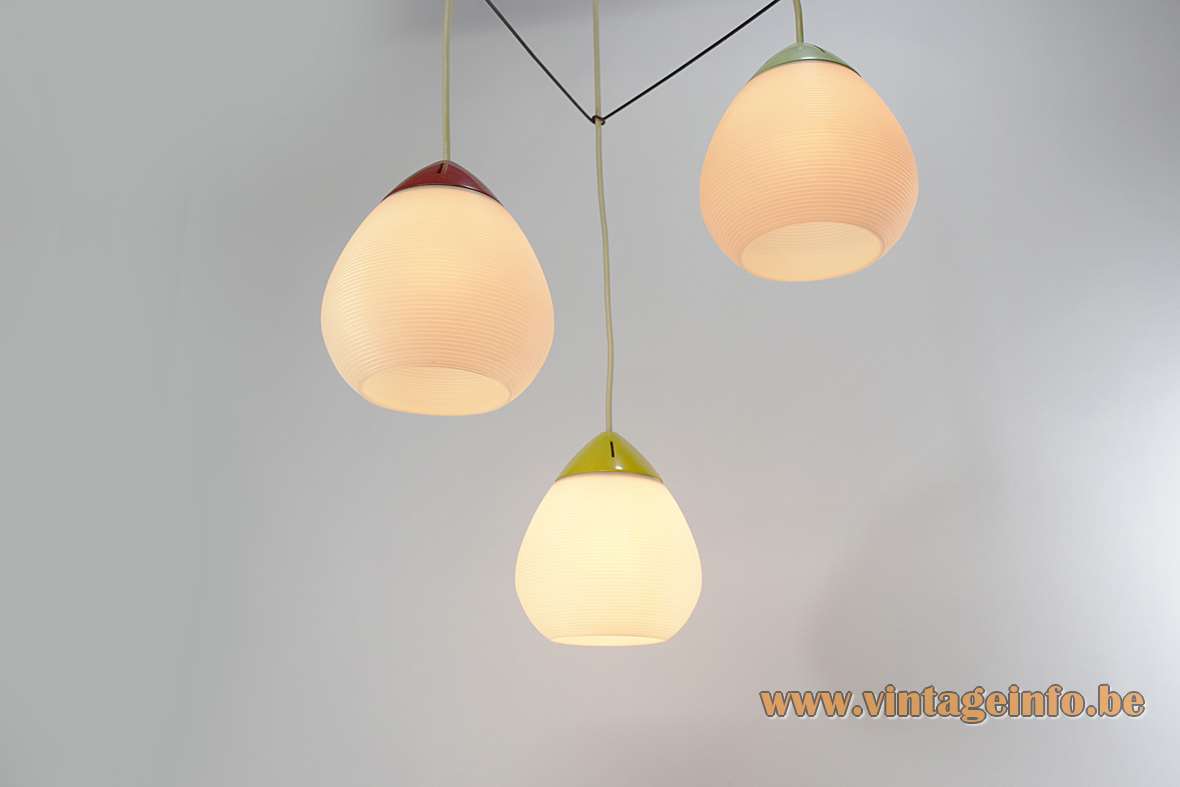 Other versions: This Rotaflex triple pendant lamp exists as a table lamp and wall lamps. Also single pendant lamps were made. Many other lamps exists in this style.

John & Sylvia Reid were two of the most well known consultant designers for the lighting manufacturers Rotaflex. They are famous for their Metallux, Interplay, Honeycombs, Fernland Cylinders, Sphere lamp designs and many more. They also designed many plastic lamps of this type of lamps.

John & Sylvia Reid designed furniture for Stag between 1952 and 1962. Their S-range furniture is back in production. You can find it on their website.

Rotaflex received several design awards. Among others, iF Design awards for cellulose acetate pendant lamps in 1957. The Rotaflex company no longer exists.

In the USA Heifetz Manufacturing Company from New York sold these Rotaflex lamps.  They were sold under the Rotaflex name. Most of Heifetz lights are wood carved lamps. Lightolier and Verplex are two other companies that sold these lamps in the United States.

The Heifetz company was founded by Yasha Heifetz in 1938, not be confused with Jasha Heifetz, the famous violin player. 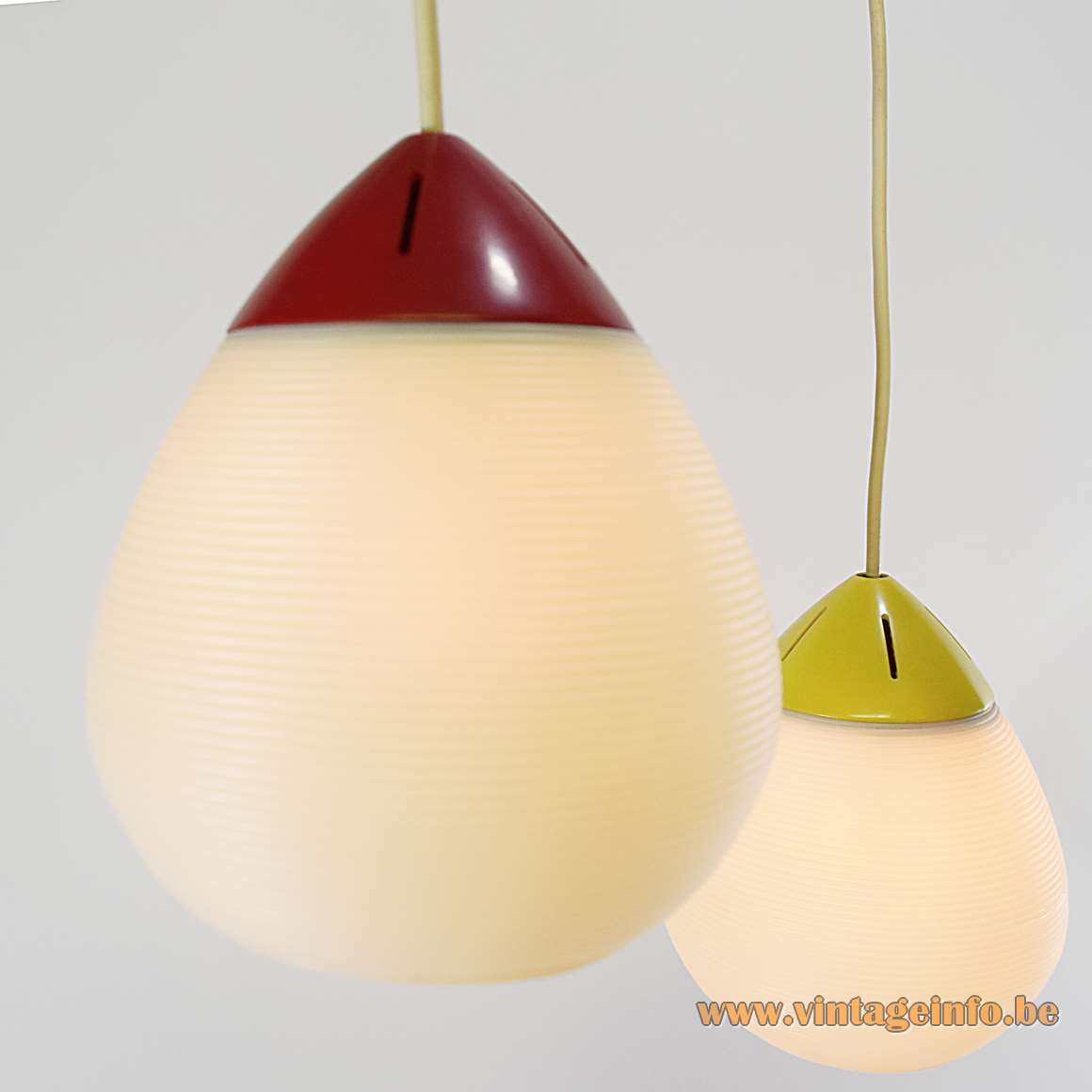 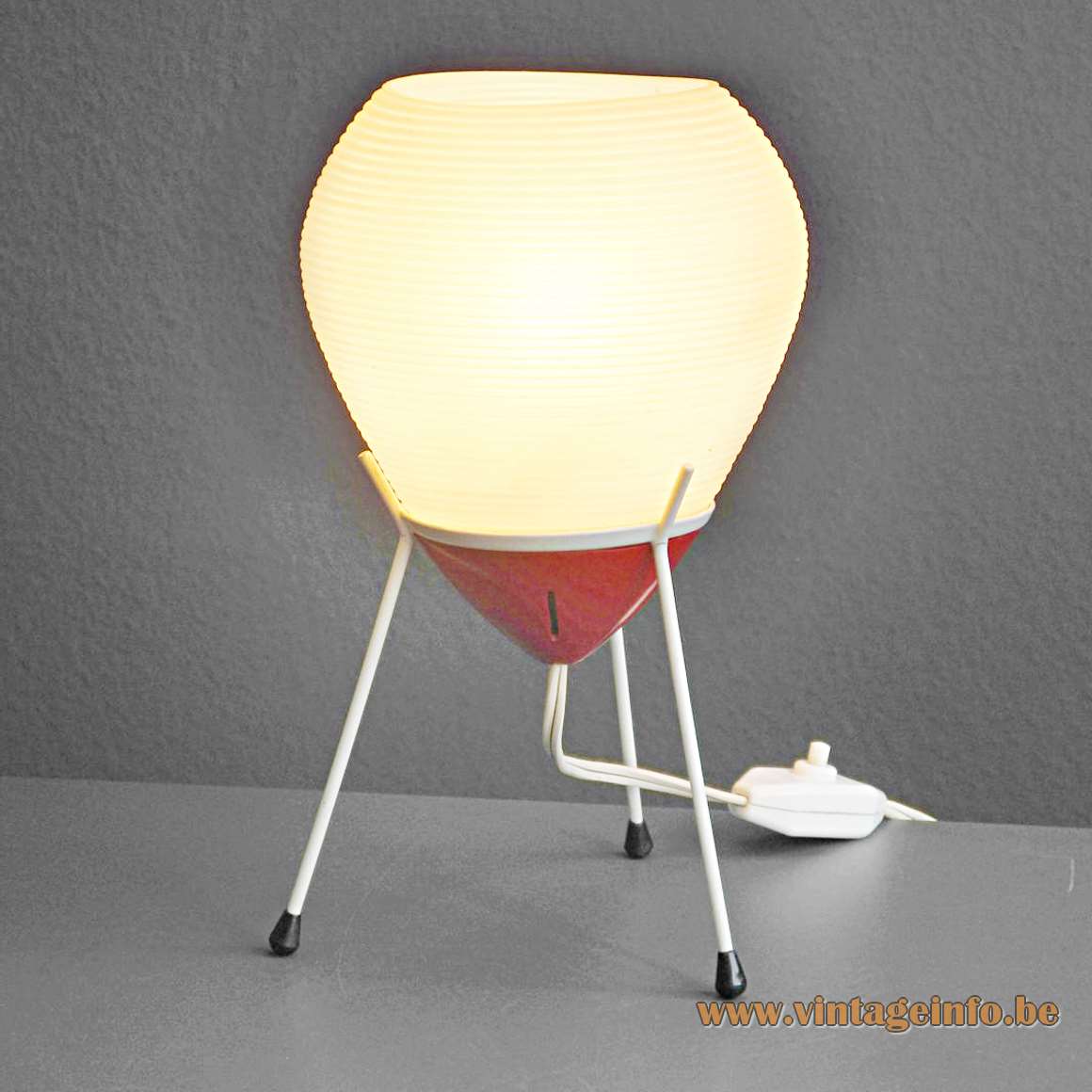