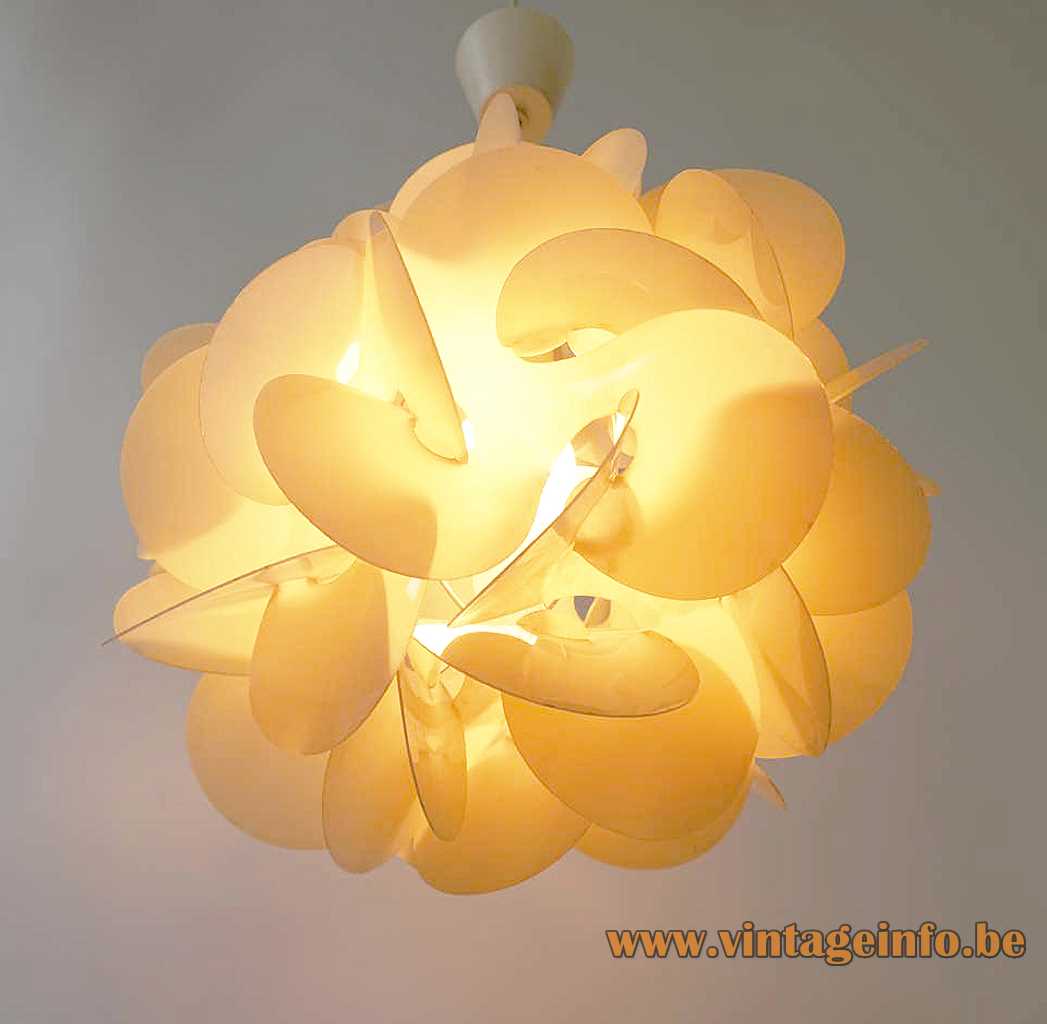 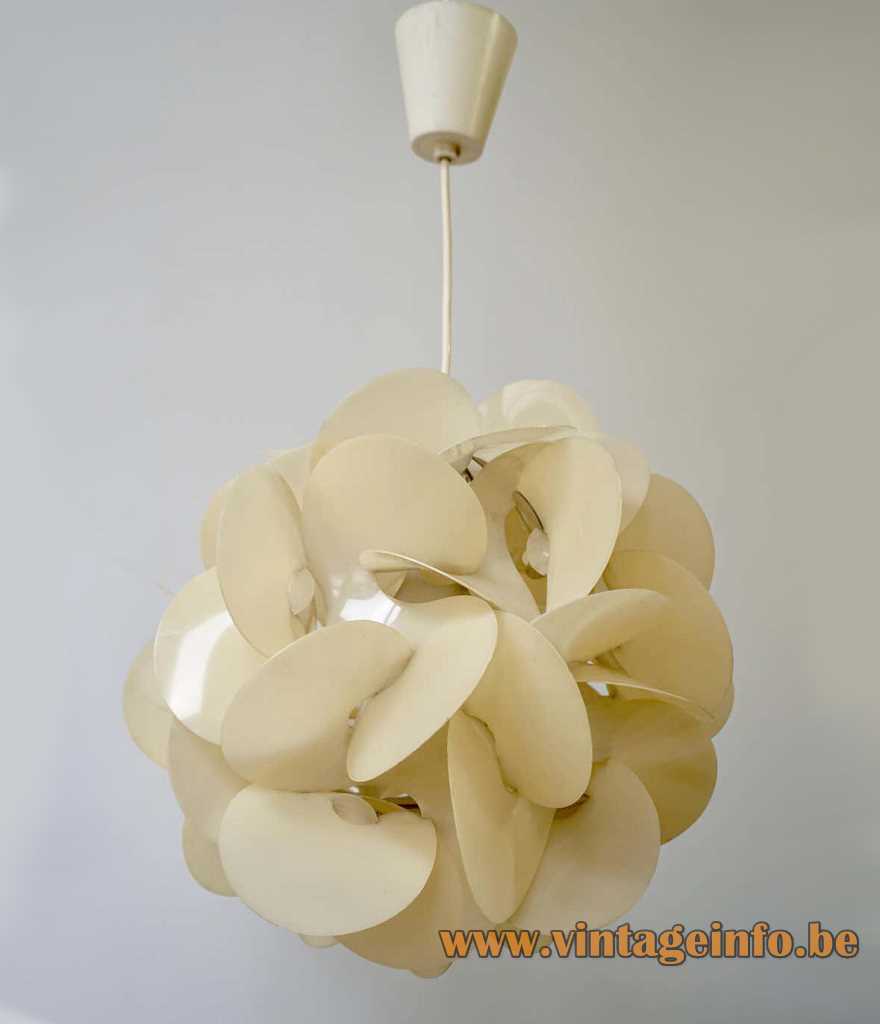 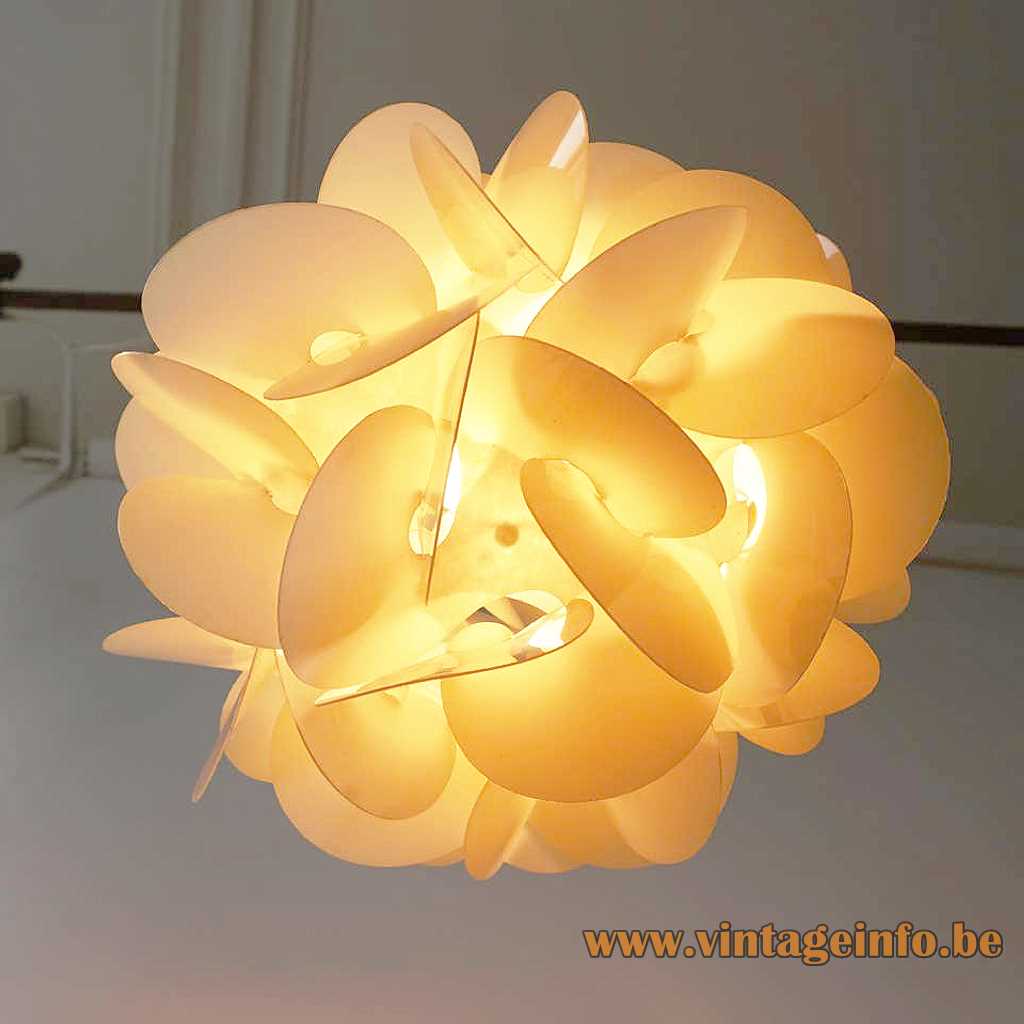 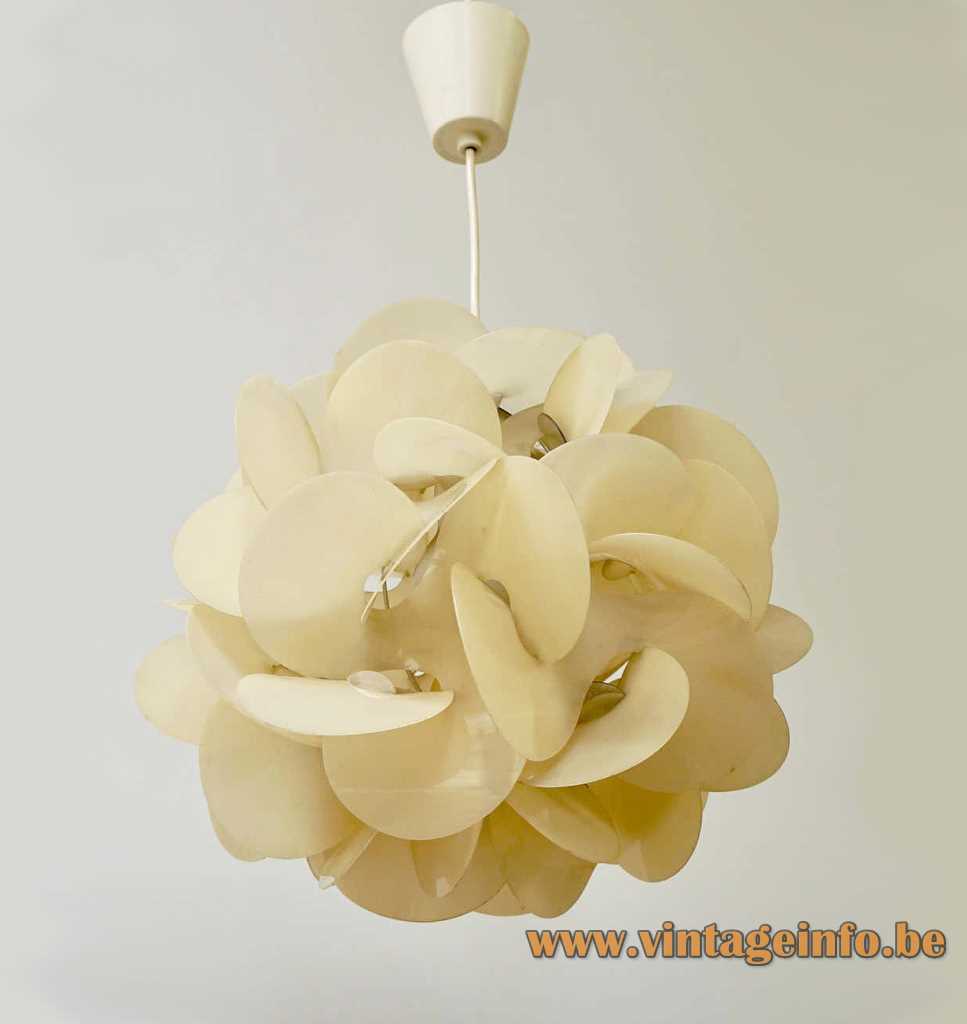 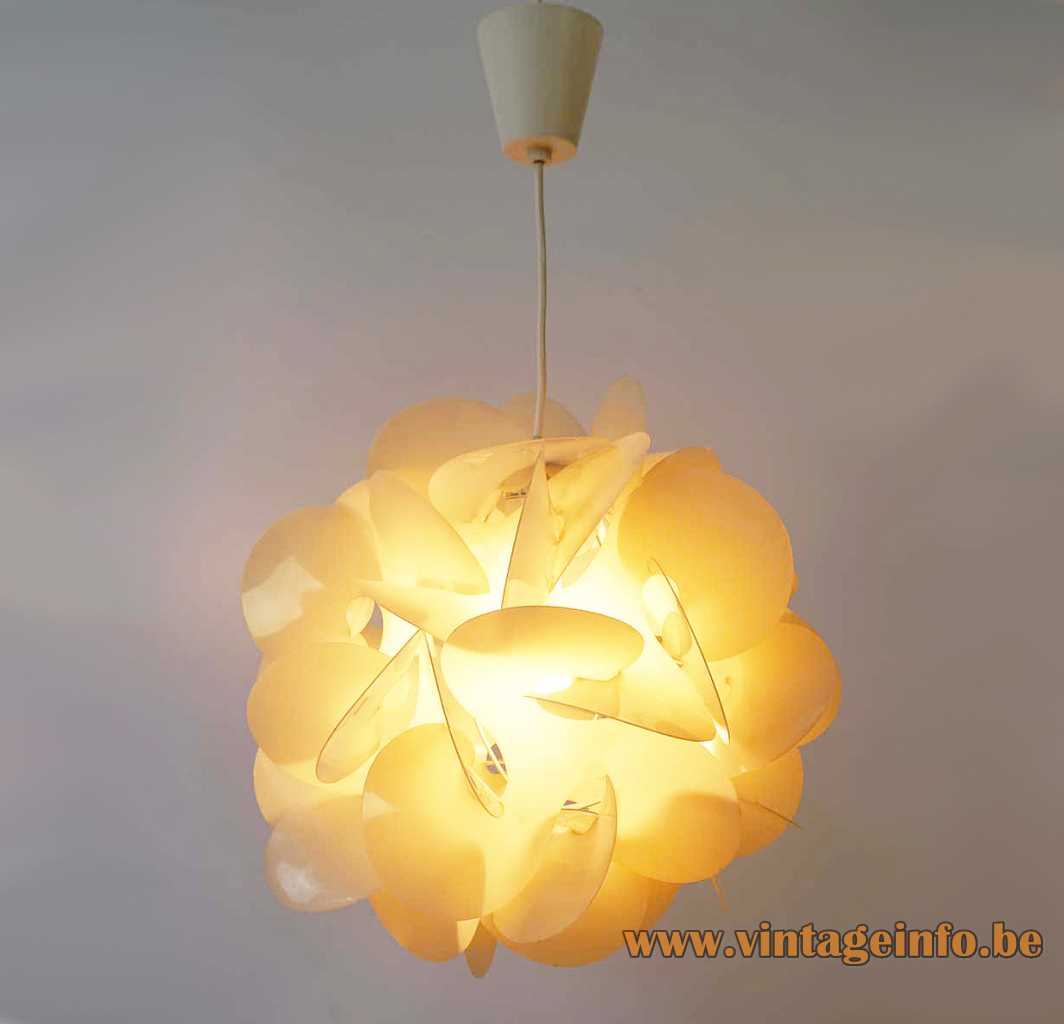 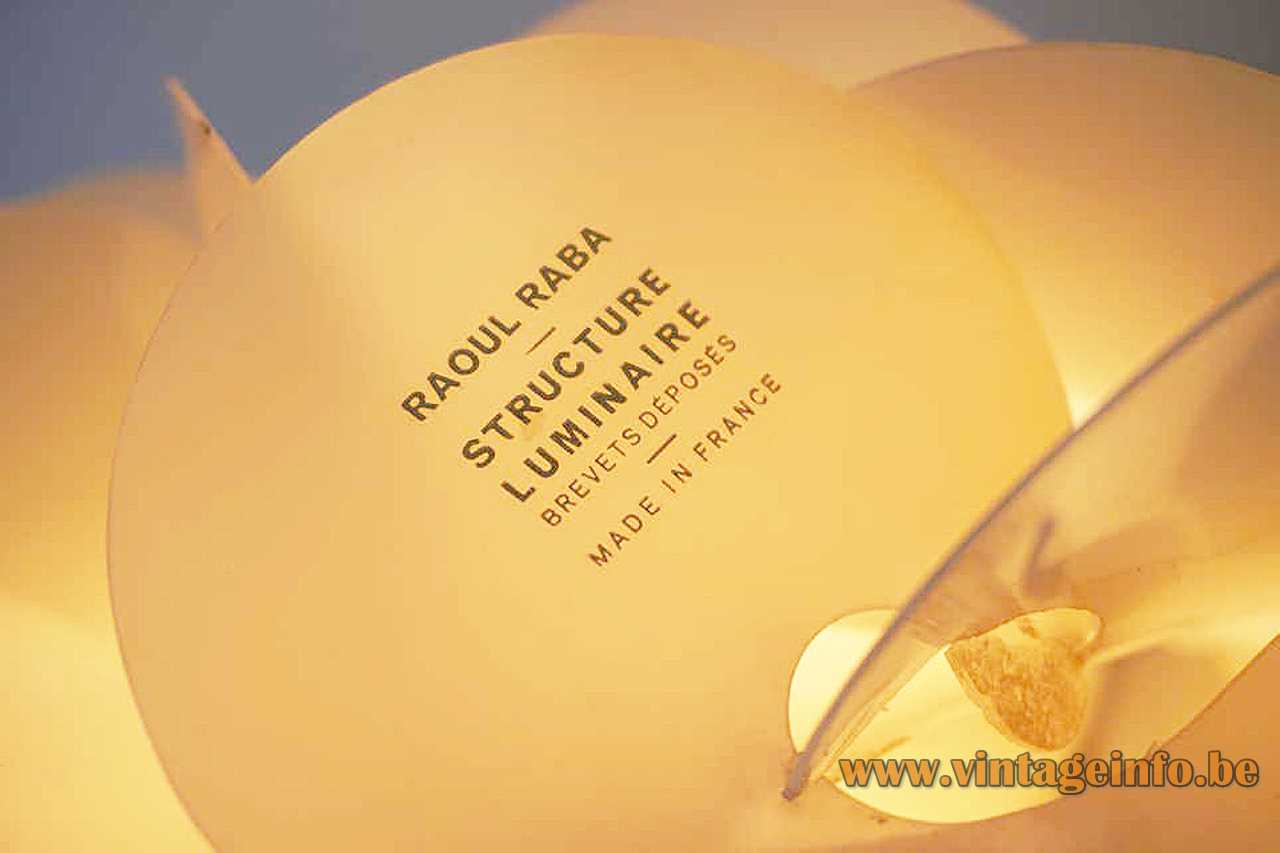 Rose Des Sables: desert rose, crystal clusters of gypsum or baryte, as you can see.

Raoul Henriques-Raba was born in 1930 in Neuilly-sur-Seine, France. He studied fine arts and is a painter and sculptor. Raba received the “Grand Prix de Rome” in 1955 for his plaster bas-relief Guerre et la Paix (War and Peace).

Together with Flaminio Bertoni he worked for the Citroën design departement for many years (1946 – 1962). For instance, Raba is responsible for new dashboard of the Citroen DS that was in production since 1955 and the facelift with the headlights of “The Goddess” in 1961 (Project D-29) carried out in 1967.

He went to live in Andrésy, some 30 km / 19 mi from Paris where he lived for many years. Art will gradually bring him to mathematics. It was while looking for an idea to occupy the empty room of his new home that he accidentally found a vein to support his family. He first created a geometric shape in white plaster, then imagined transforming it into a light.

After buying Rhodoïd (cellulose acetate) leaves, he cut by hand and mounted a very contemporary-looking prototype. François Roche of the Roche Bobois company ordered 300 of them, a figure which turned into an order for more than 1000 lights. Raoul Raba designed many famous lamps such as the Nonne (nun) table lamp in stainless steel (Inox). Most of his lights are made in PVC.

His Radiolaire pendant lamp, a very similar lamp and the Nonne table lamp are back in production (2018) by Designheure, a French lighting company.