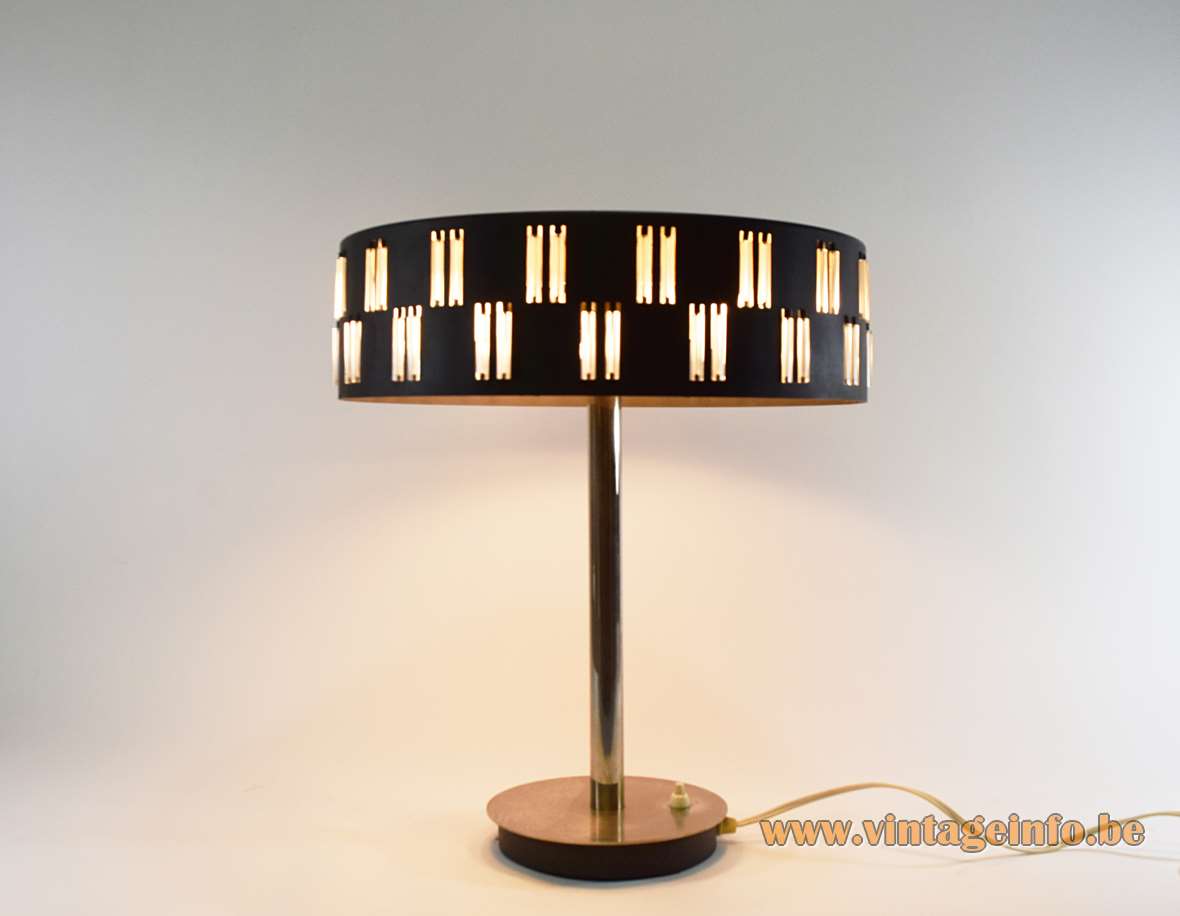 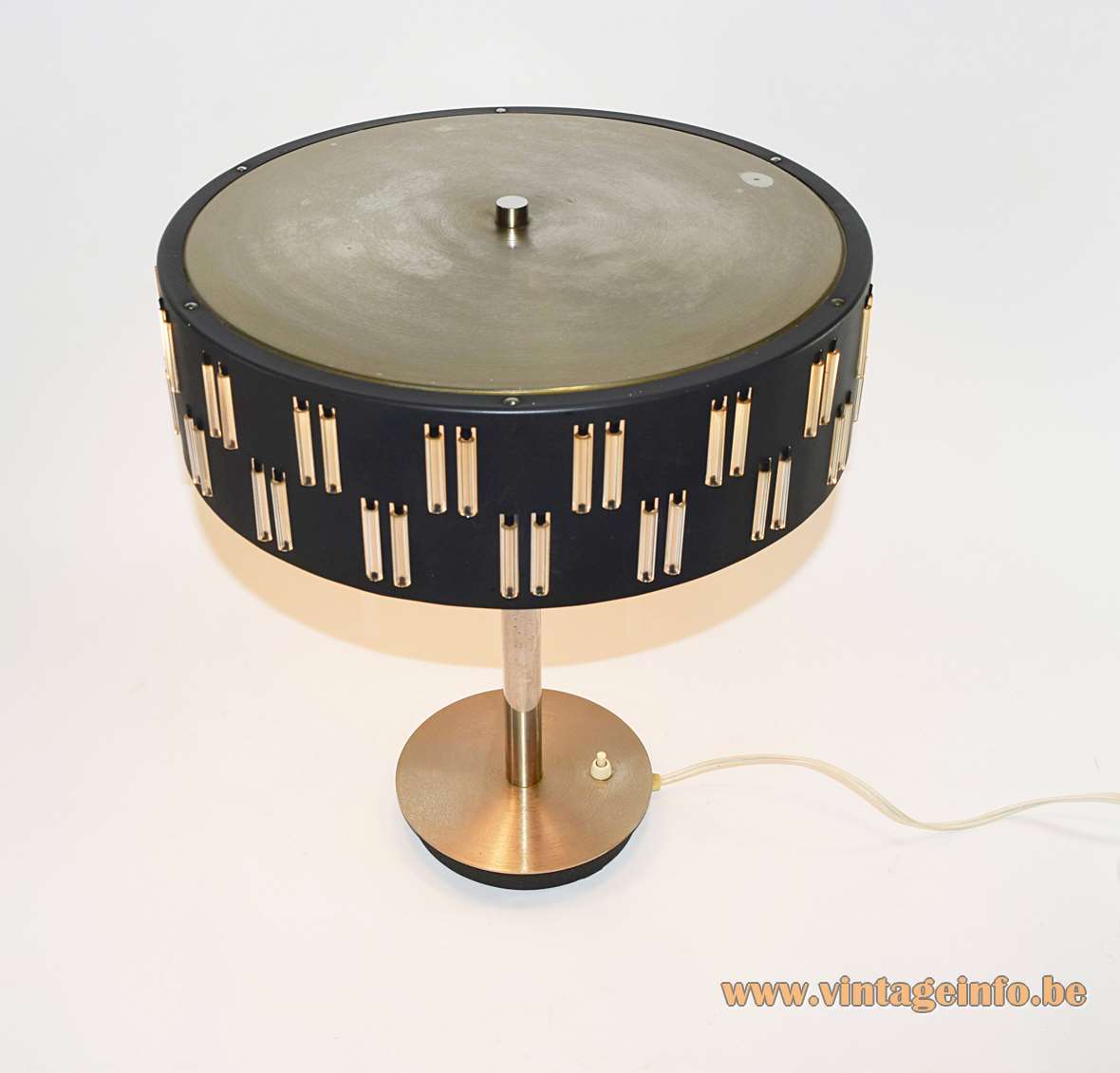 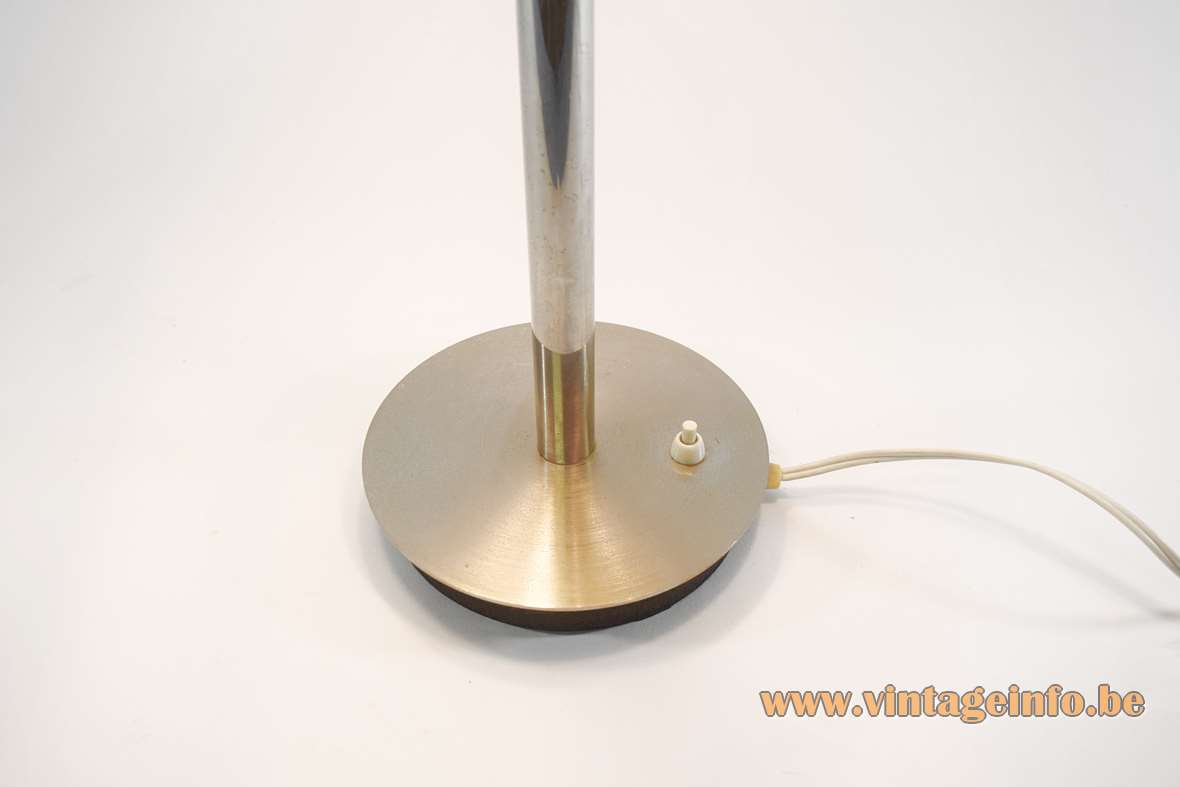 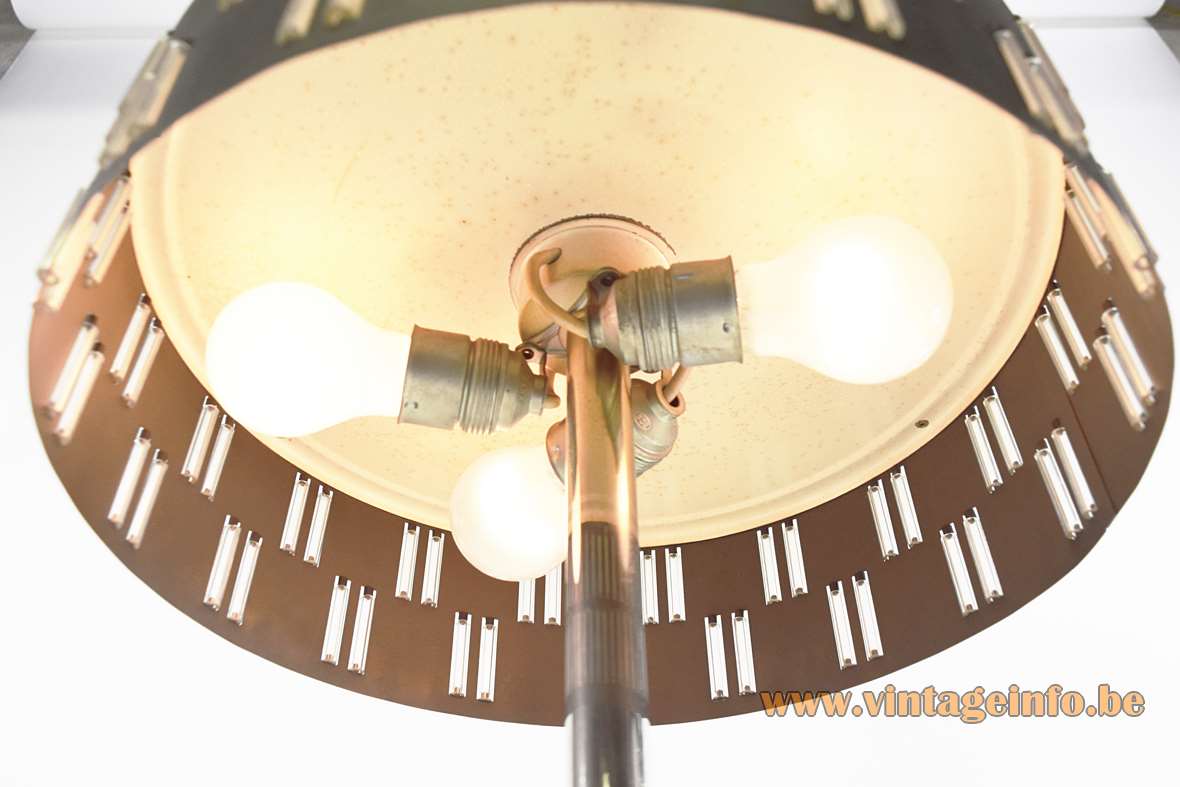 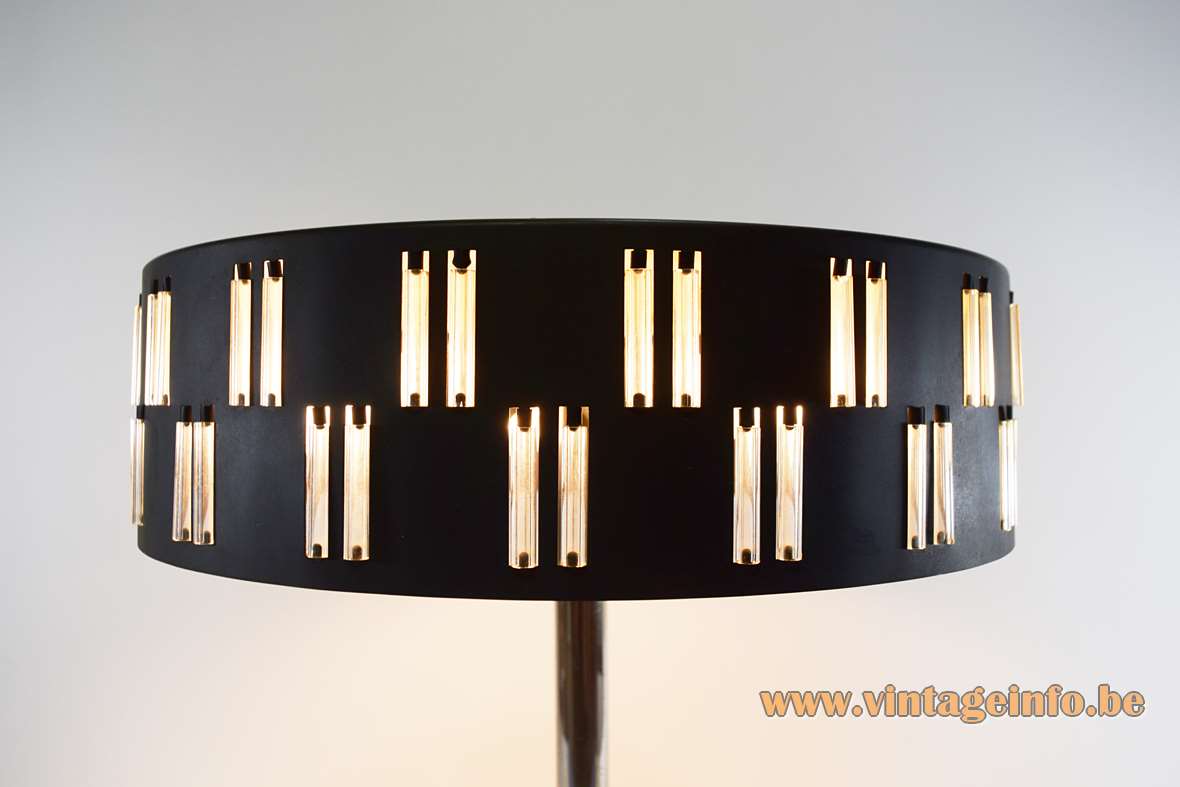 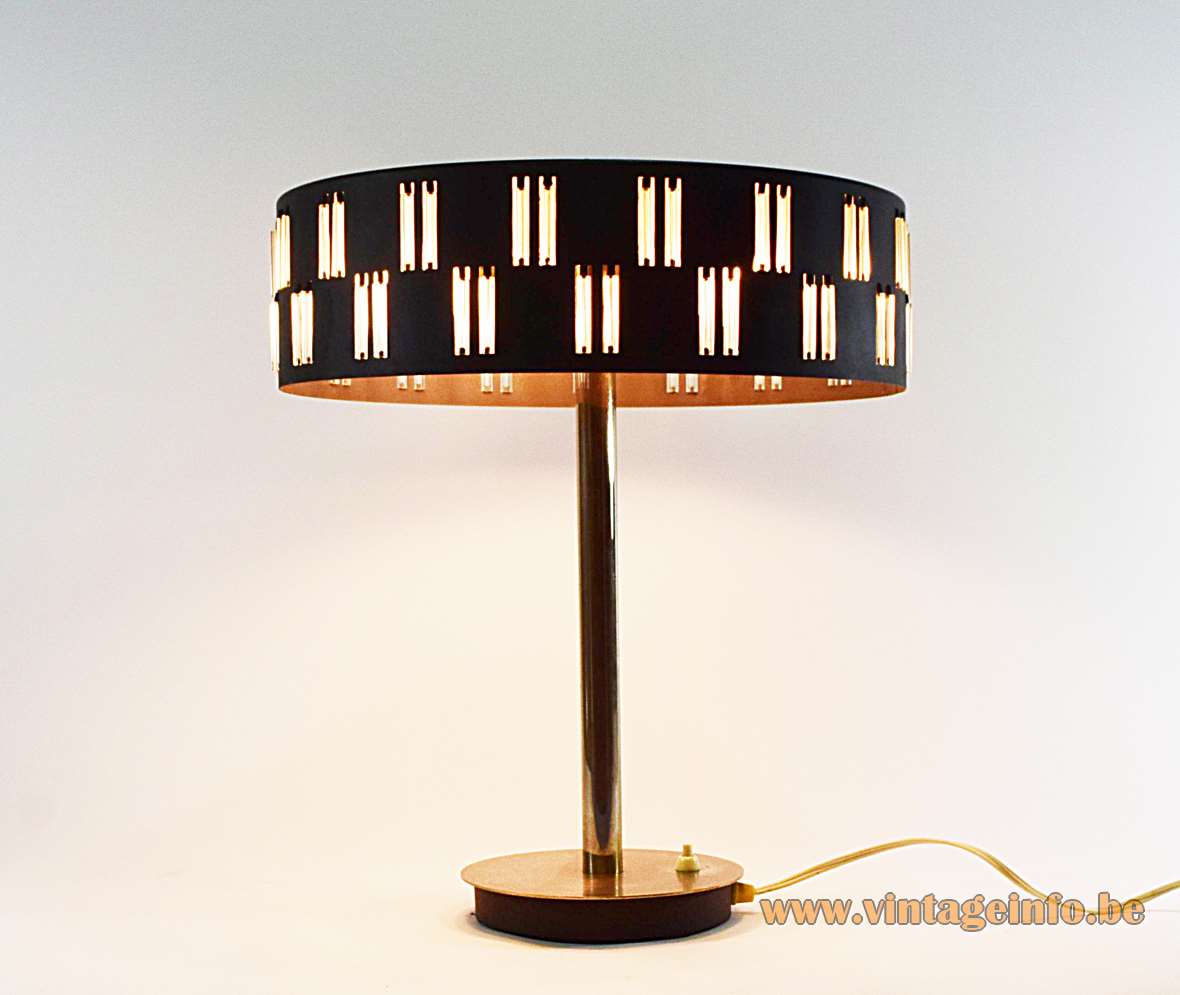 Materials: Round metal (iron) base with a brushed steel lid on top. Cast iron counterweight inside the base. Chrome rod. Some metal parts. Black aluminium mushroom style lampshade with many inlaid glass tubes or rods. 3 galvanised iron E27 sockets.

Other versions: This 1960s Schmahl & Schulz table lamp or desk lamp exists in slightly different styles. Produced as a wall lamp, a pendant lamp and a ceiling lamp or flush mount. This table lamp is model number 4903.

Schmahl & Schulz GmbH & Co. KG Metallwarenfabrik (Metalware factory) was founded in 1880. In the beginning the company produced accessories for electric lighting, light switches and so on. They also produced parts for export. Later on they started the production of wall, table and ceiling lights until the late 1930s.

After the war, the company began to produce lights again. The Schmahl & Schulz GmbH & Co. KG Metallwarenfabrik company no longer exists. It is unclear when the company ended business. 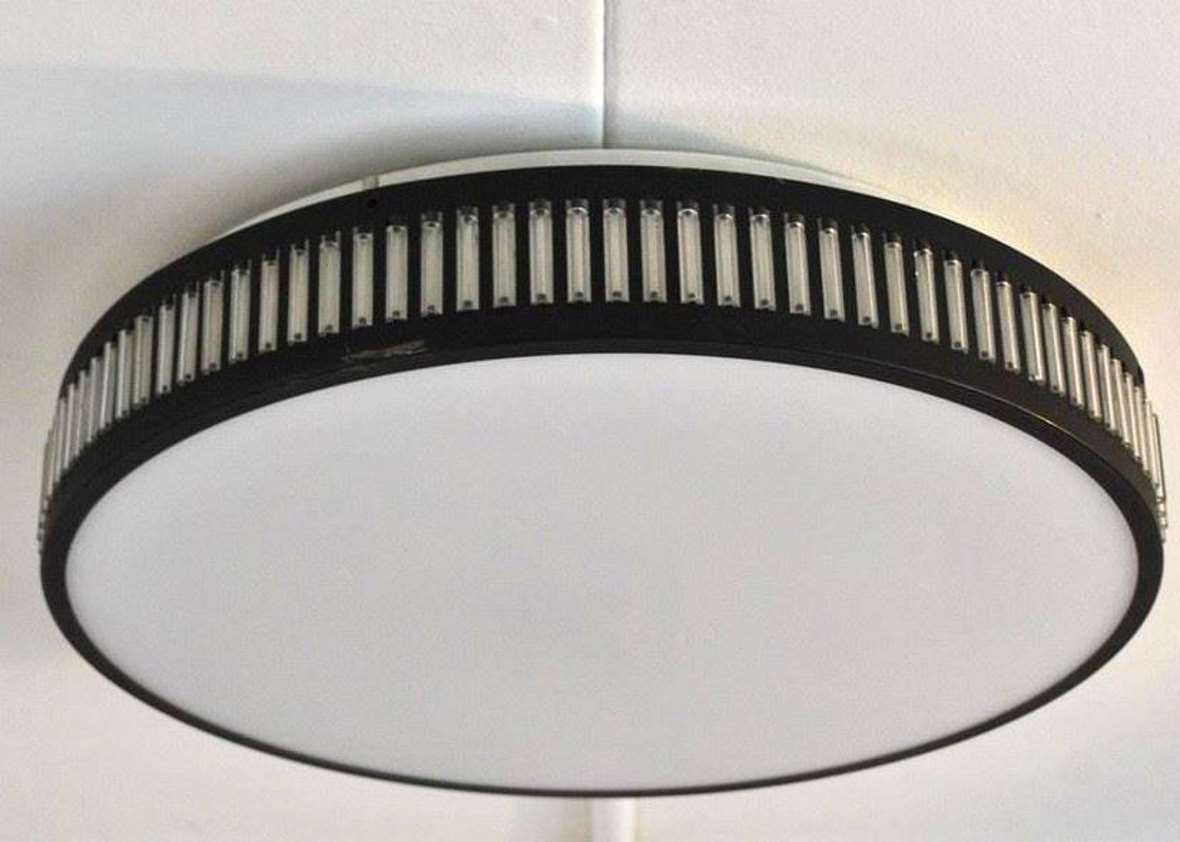 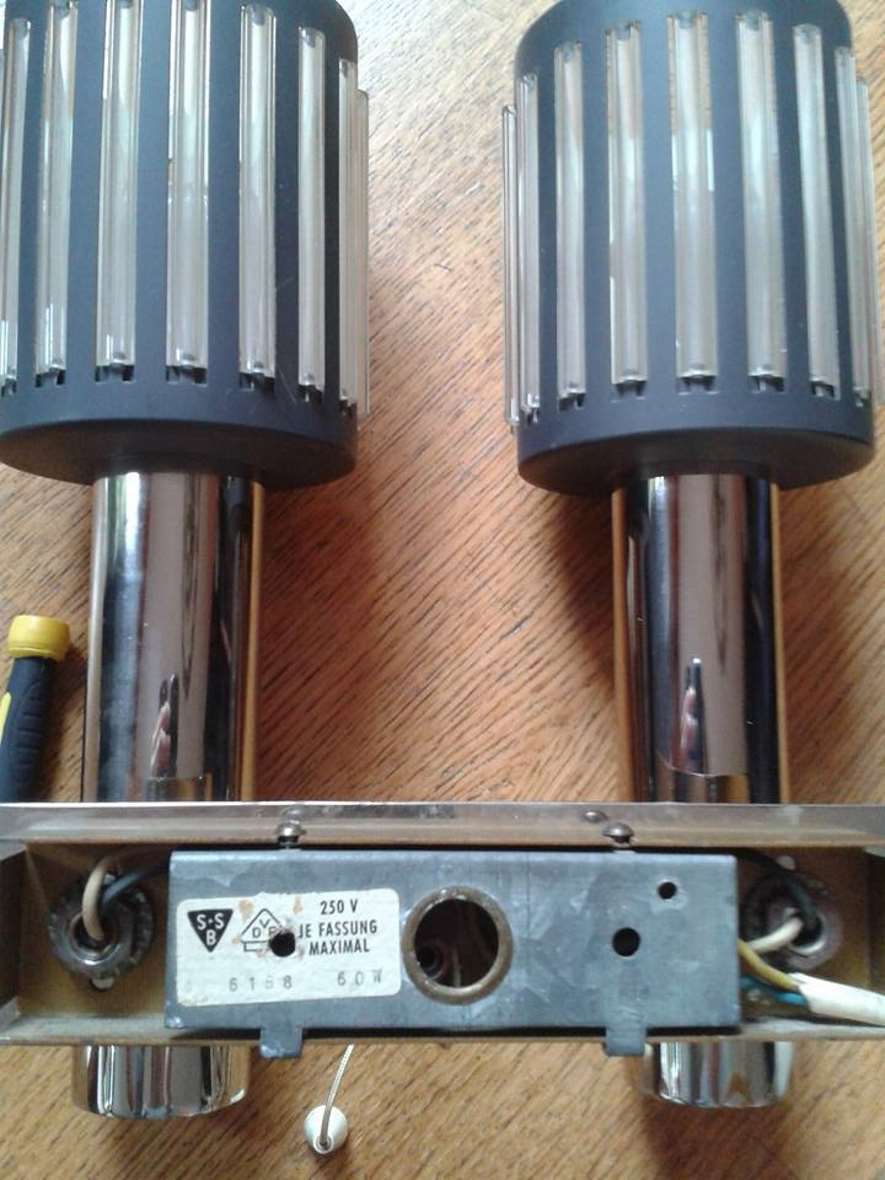