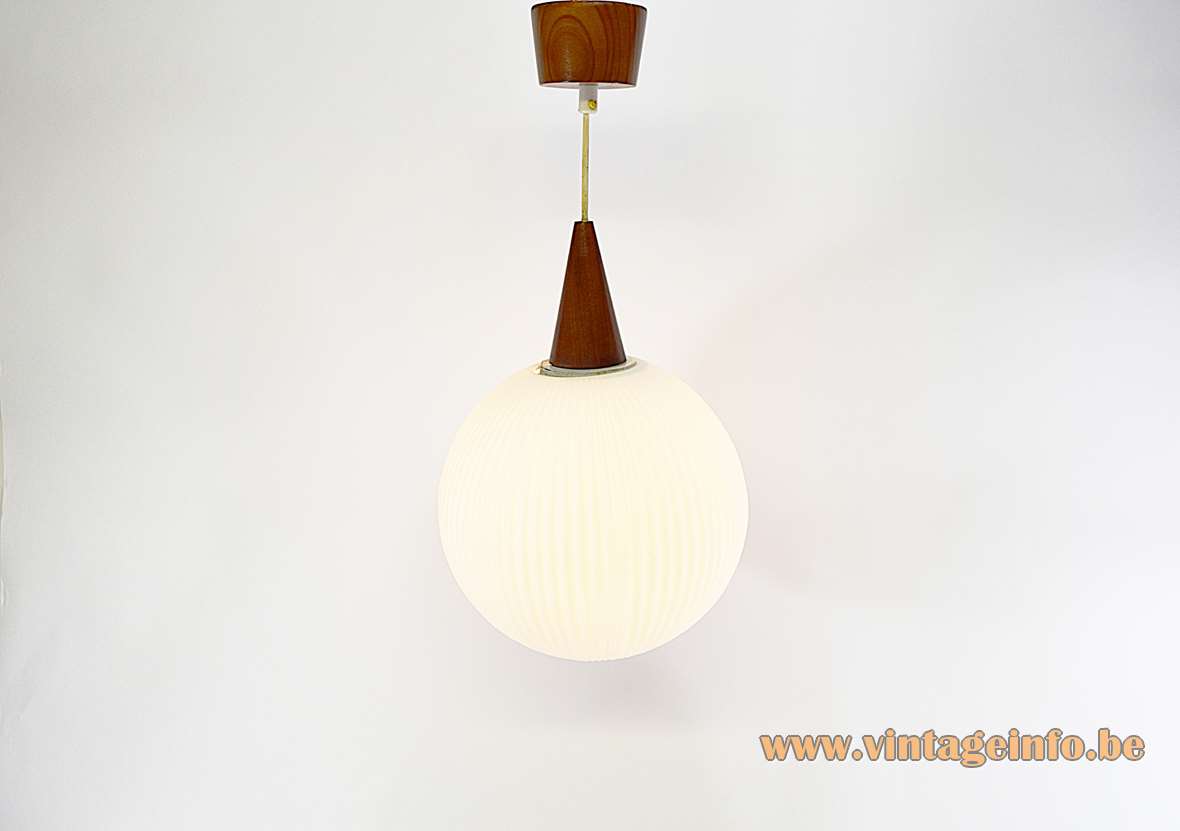 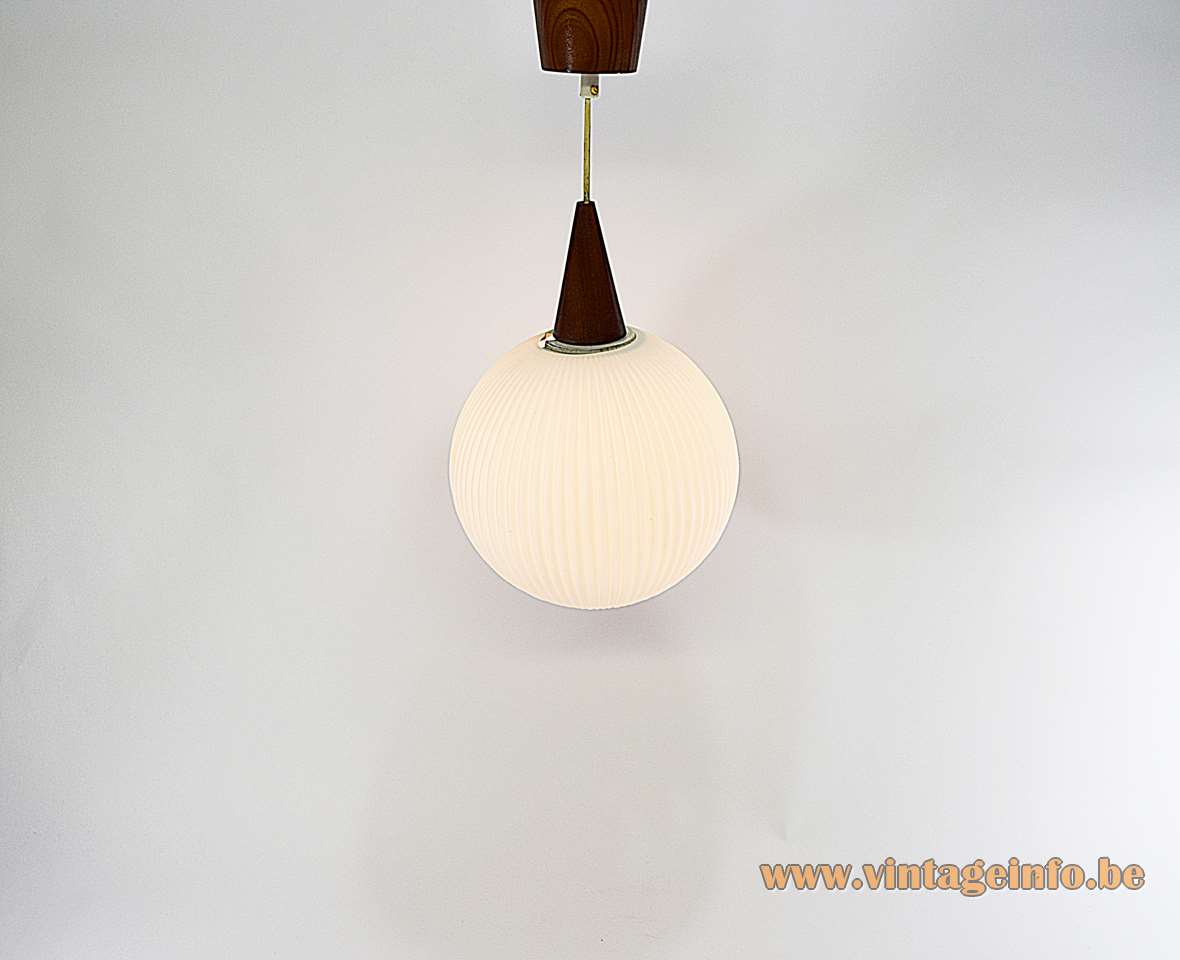 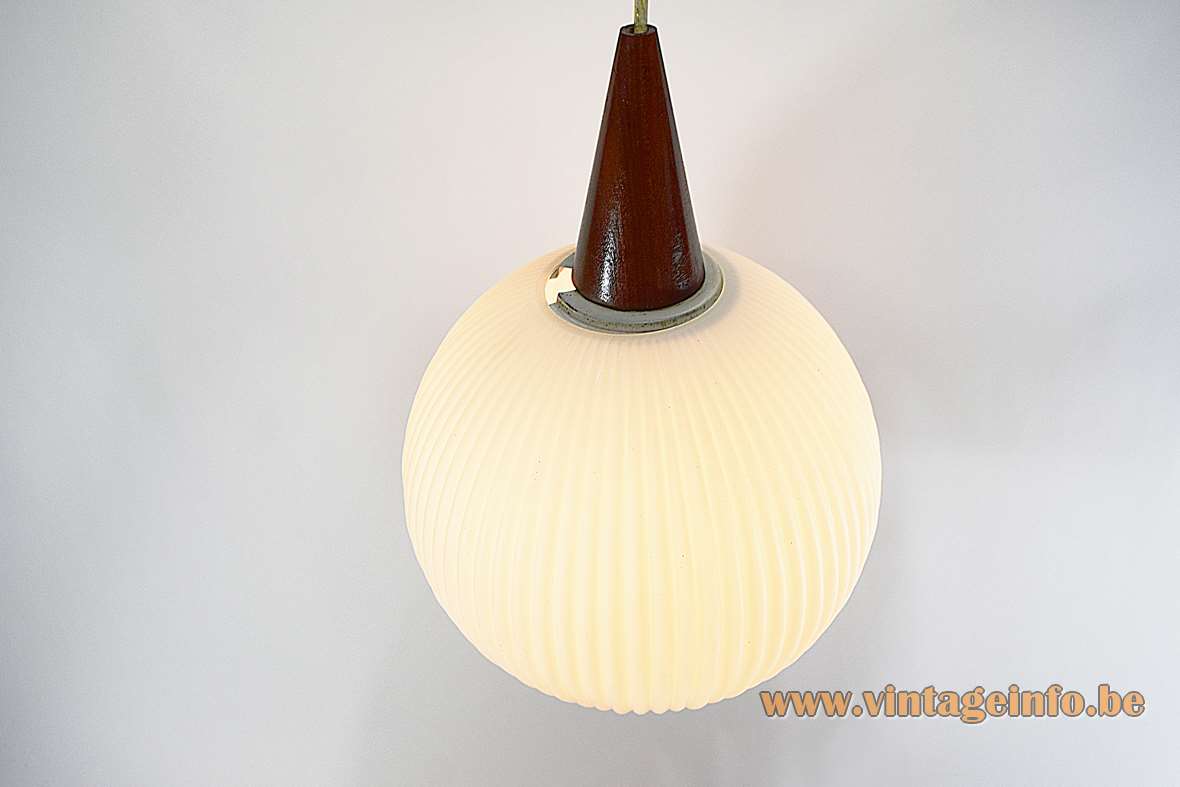 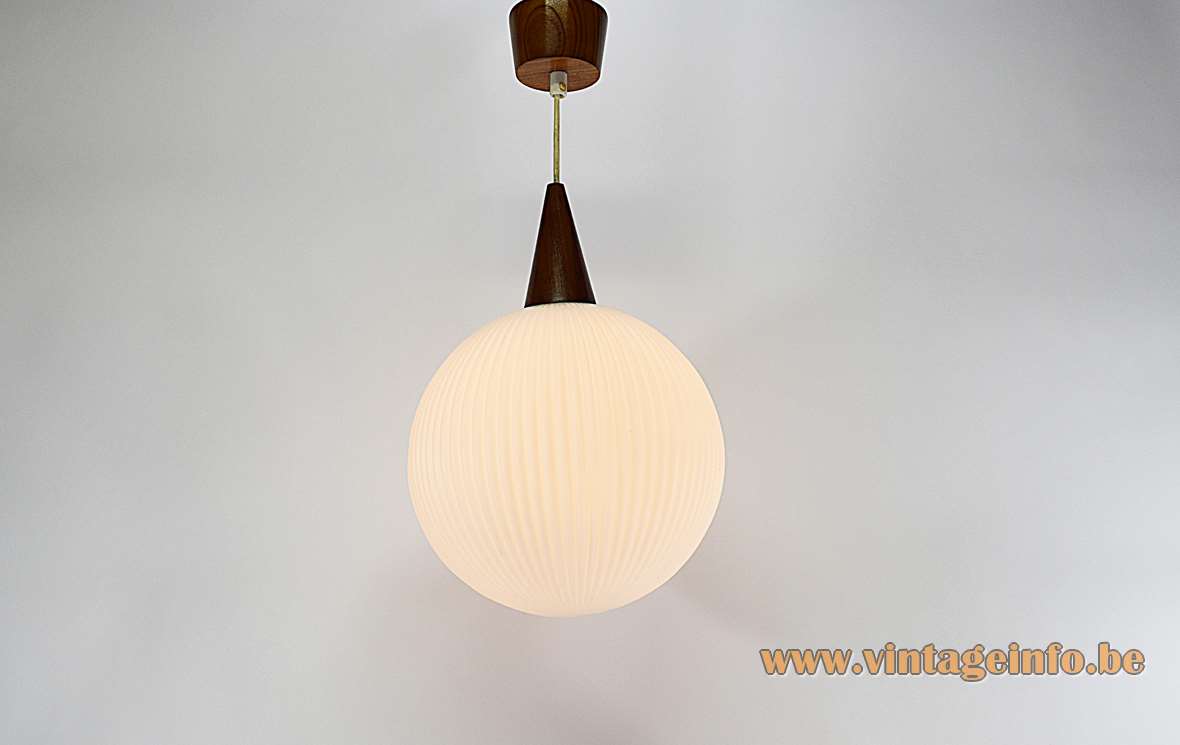 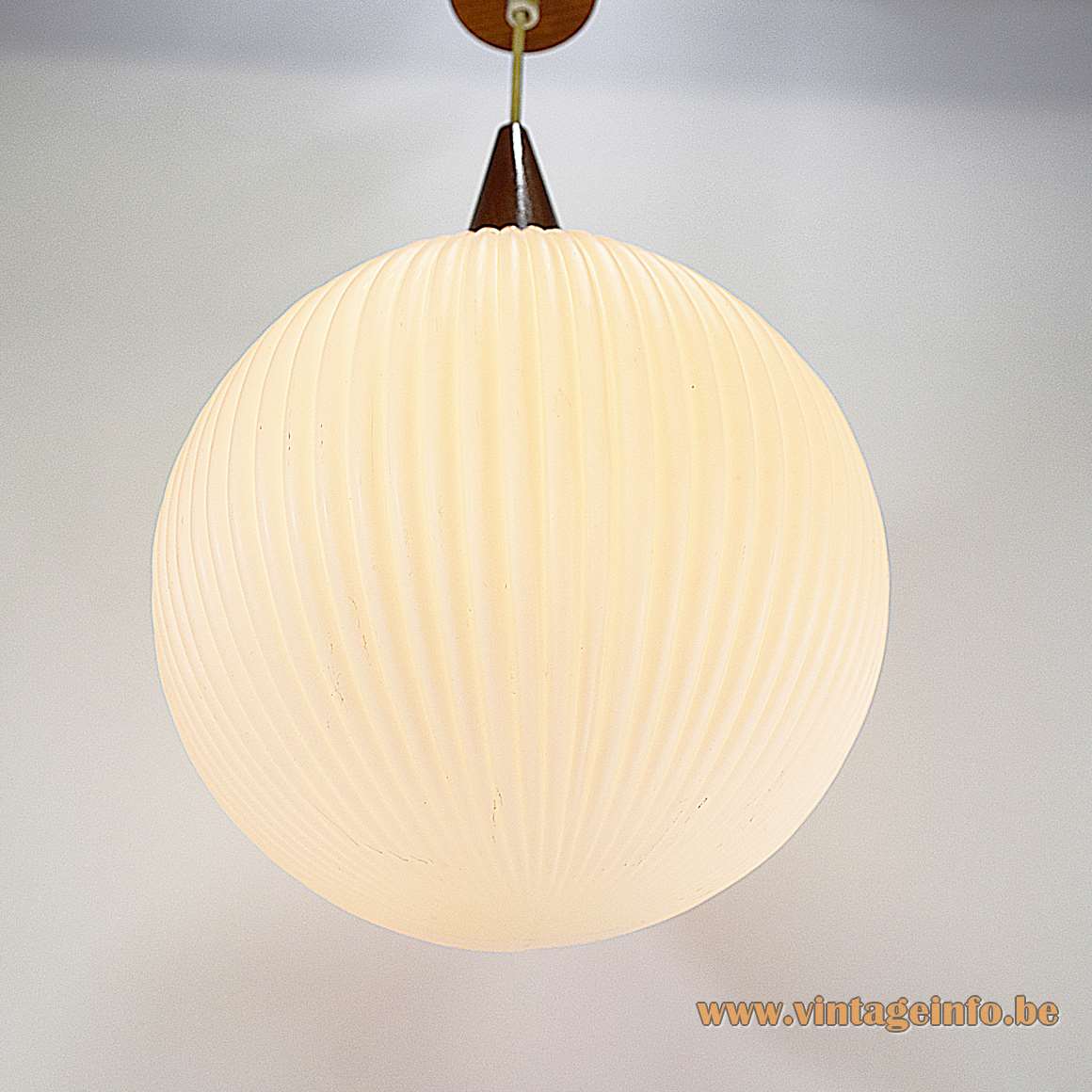 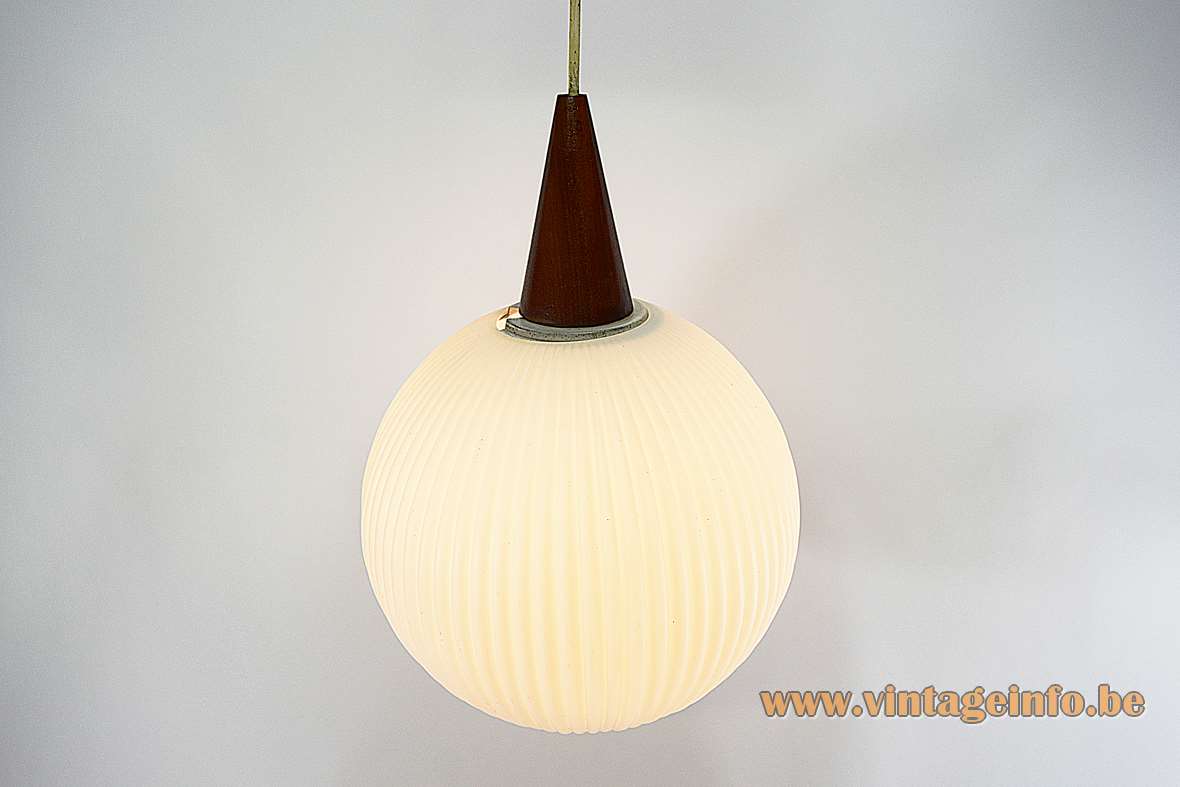 
Other versions: This Philips opal glass globe pendant lamp exists in a few variations. This lamp is model NG 59. It was sold with or without conical wooden top.

Often said that it is a design by Louis Christiaan Kalff (1897 – 1976). It was designed and produced in the period Kalff worked for the company, but many designs were made by the Philips design-team. All designs were approved by Kalff. He was the head of the design-team. 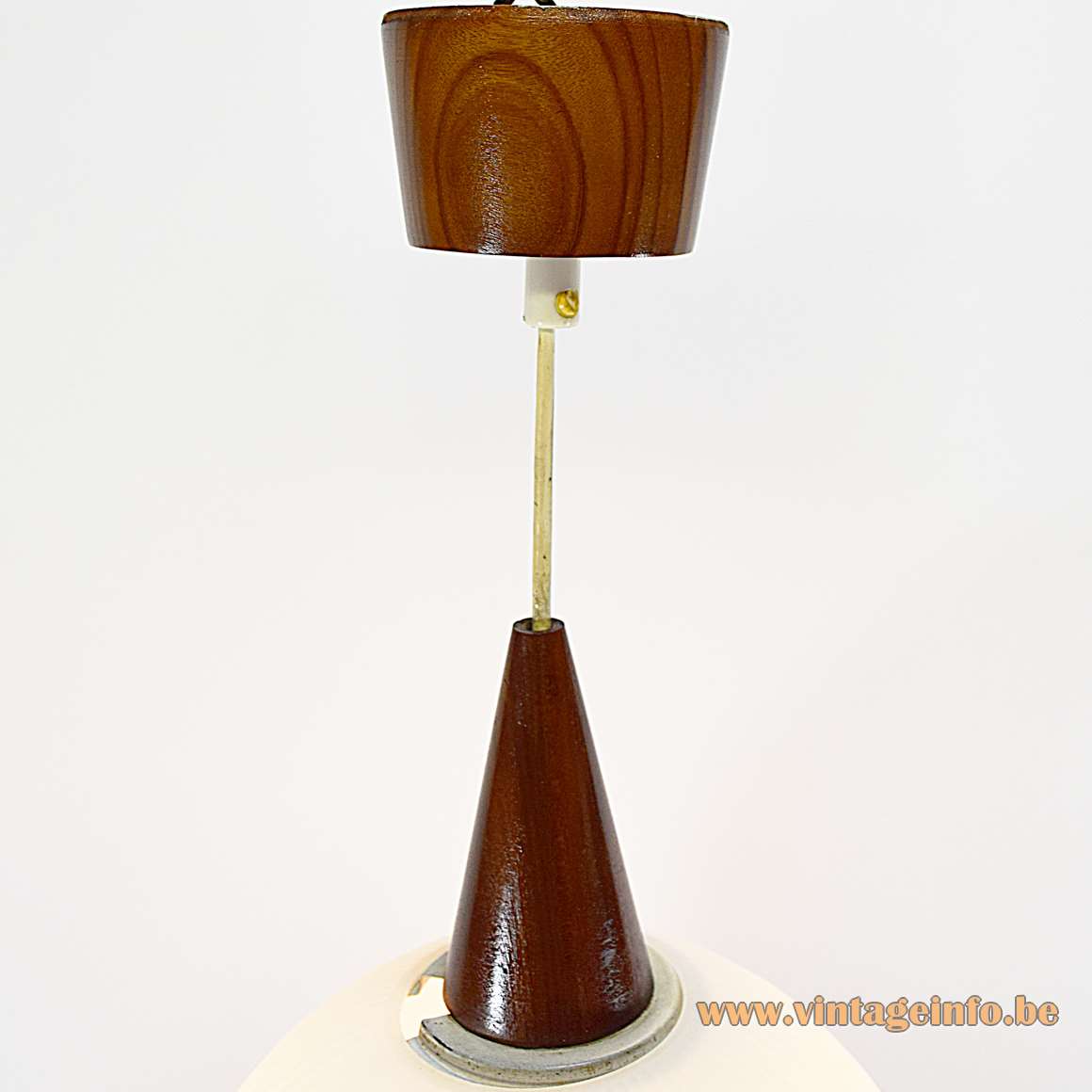 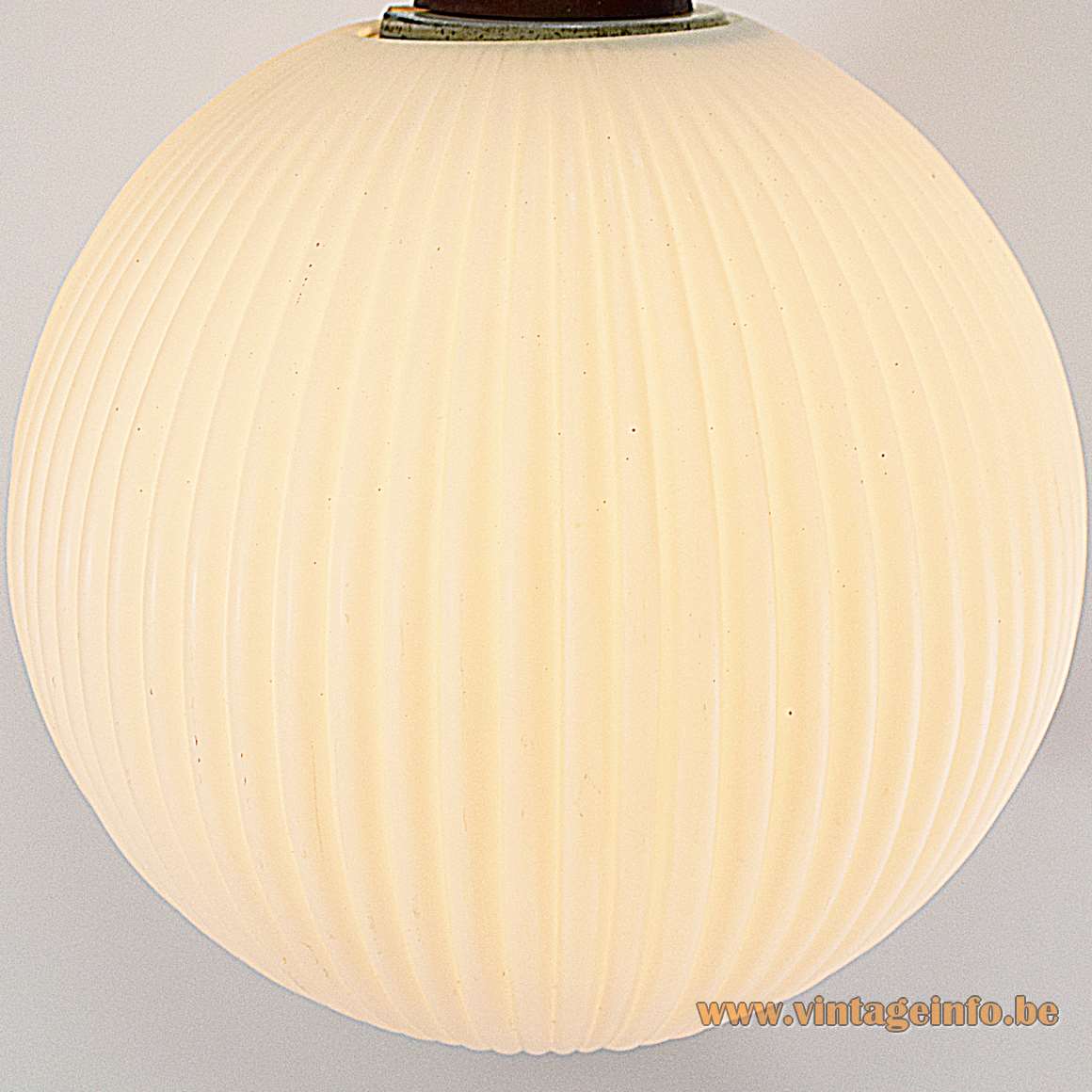 Helena Tynell Bubble Glass Pendant Lamp
DORIA Crystal Glass Bowls Chandelier
Harvey Guzzini Bud Pendant Lamp
Philips 1960s Cylindrical Pendant Lamp
Vintageinfo uses cookies to improve the functioning of this website. First party cookies (cookies for our statistics) and the “Last Viewed” cookie is obvious. The other cookies are from Google. Nothing to be worried about, but we have to mention it. You can opt-out or block the cookies, no problem, the website will be available, only the “Last viewed” items won’t be visible.Accept Read More
Privacy & Cookies Policy
Necessary Always Enabled