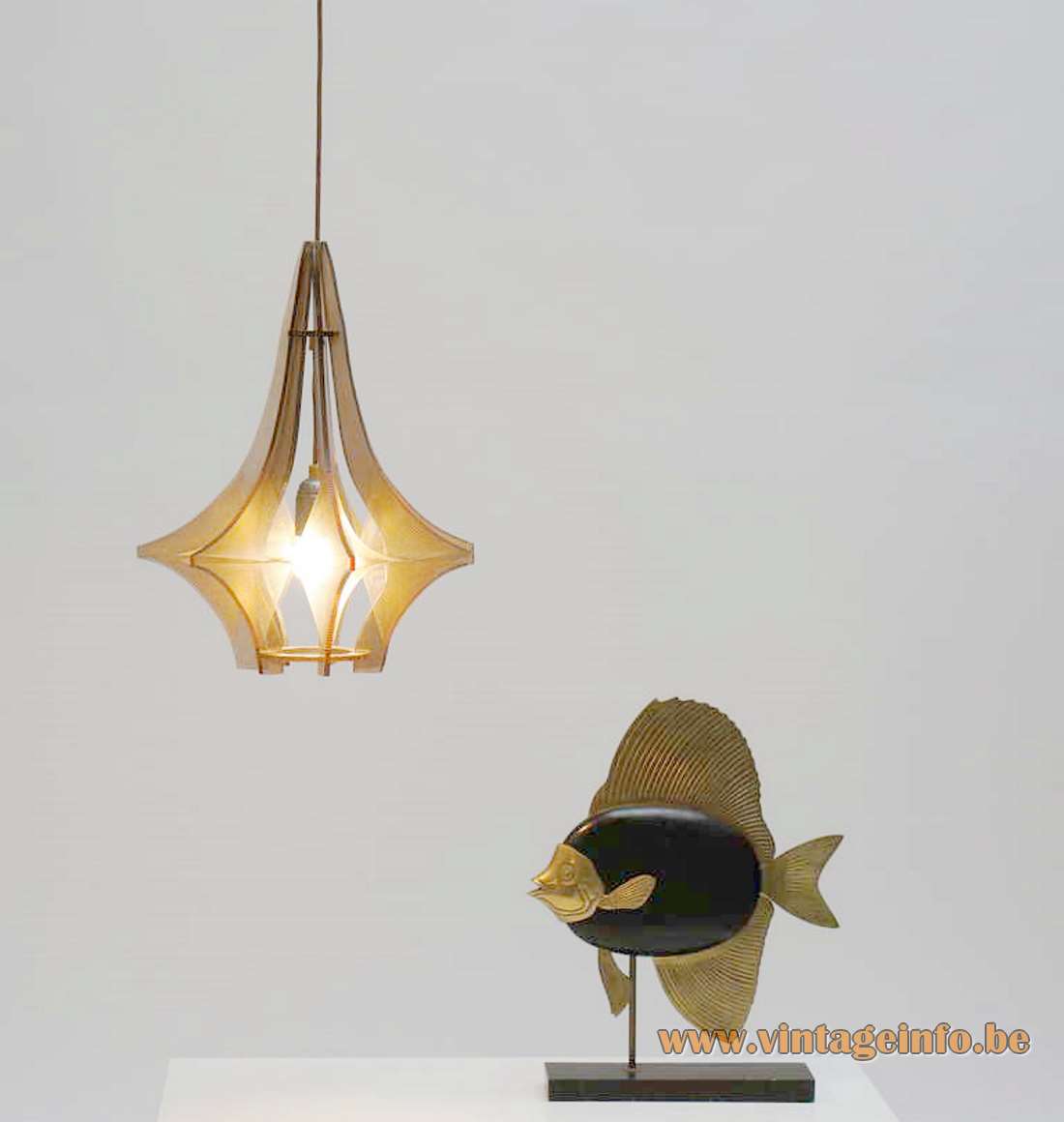 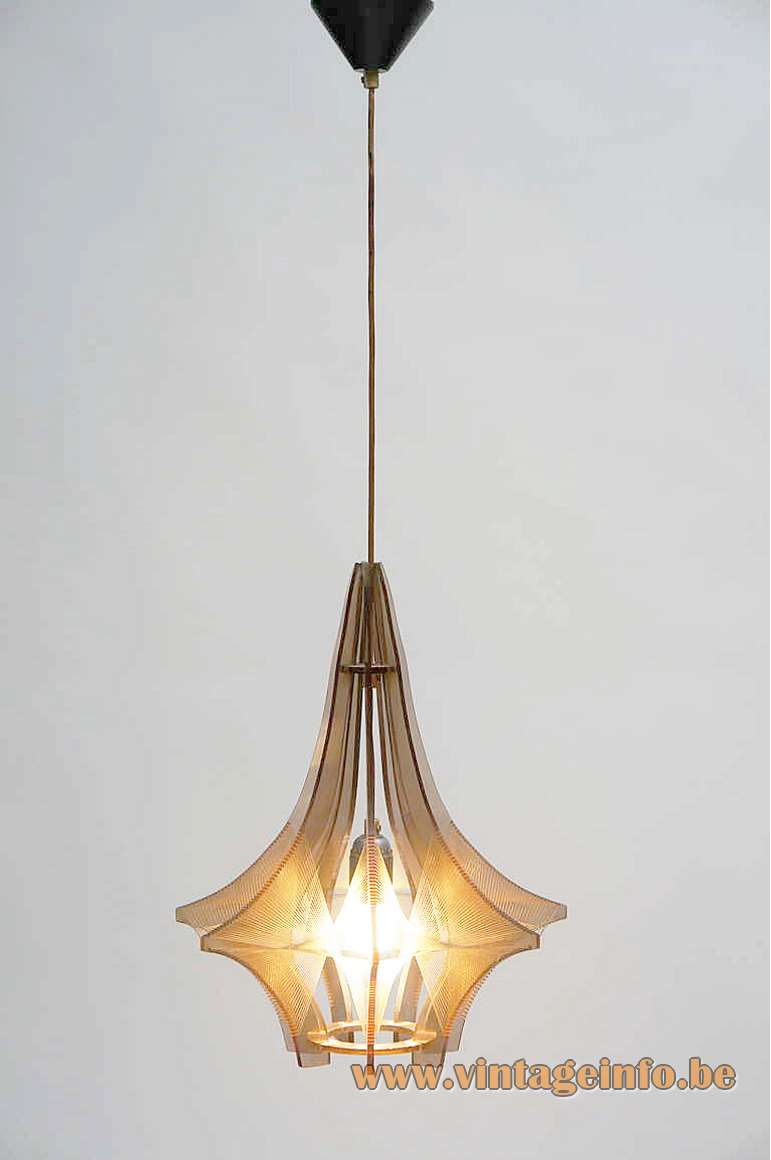 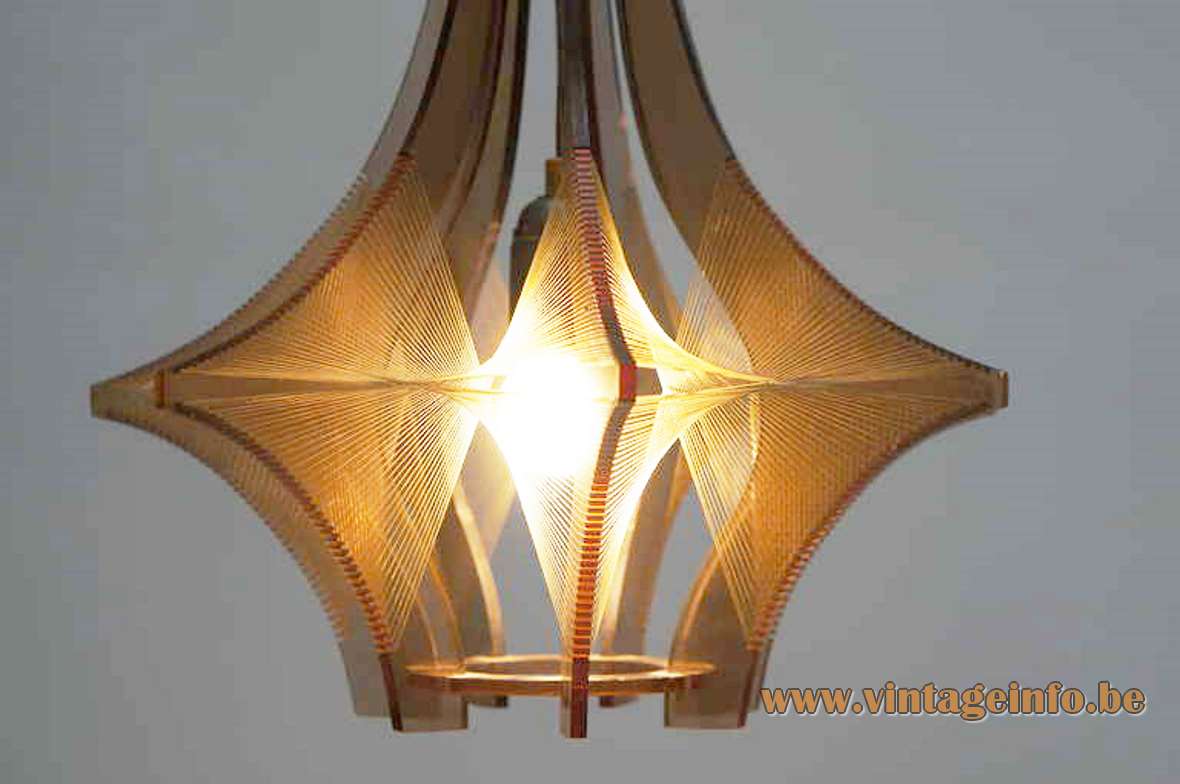 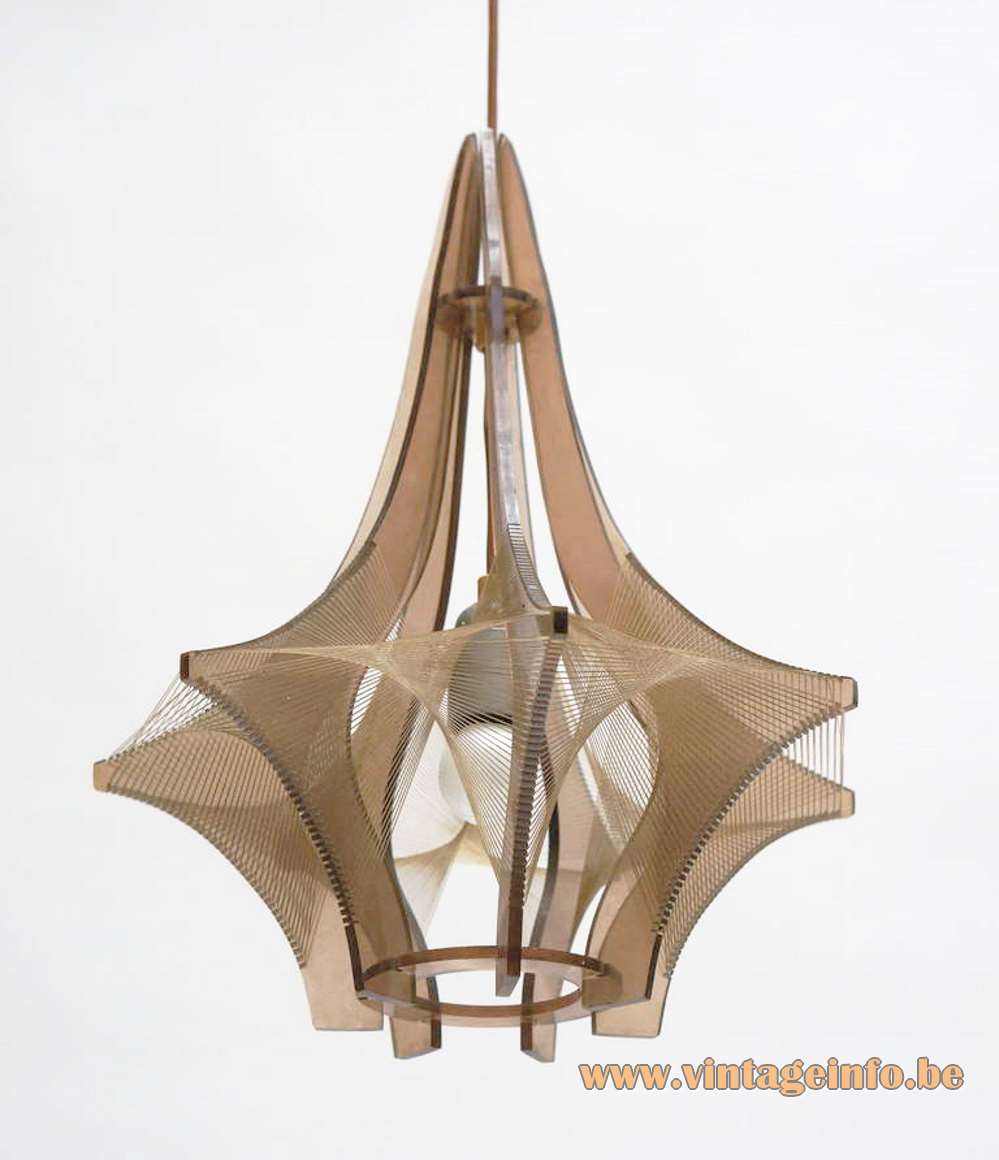 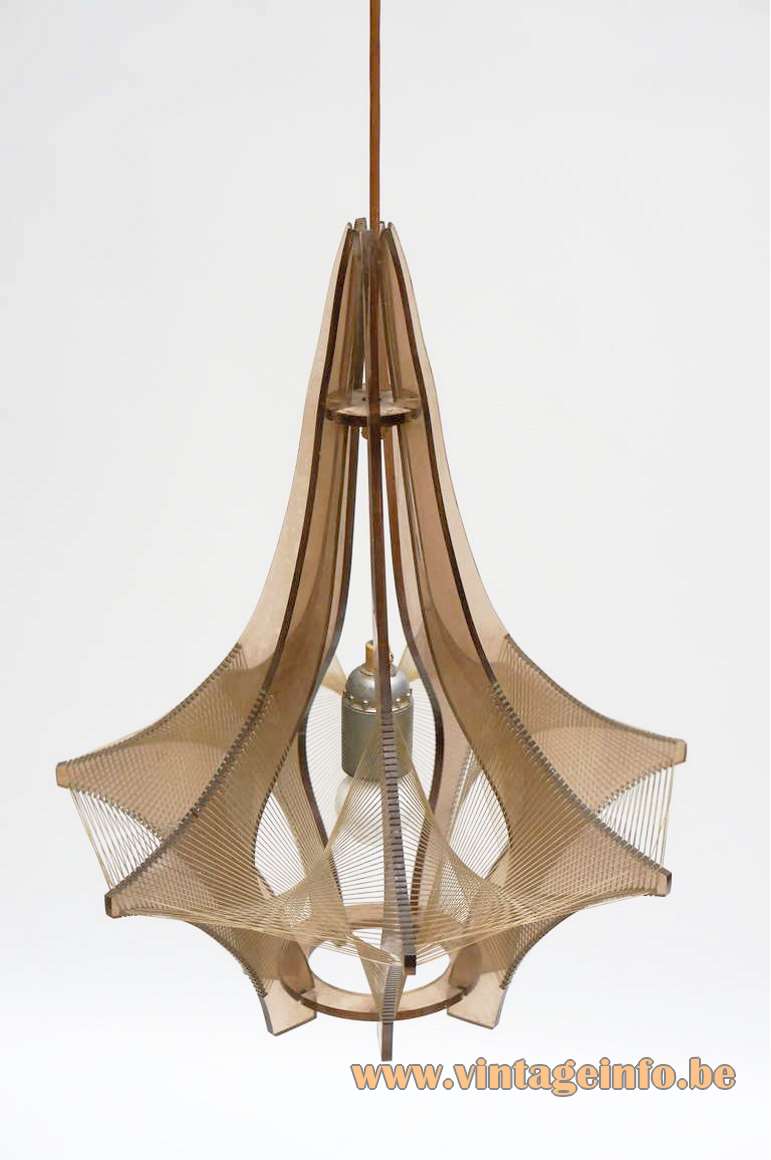 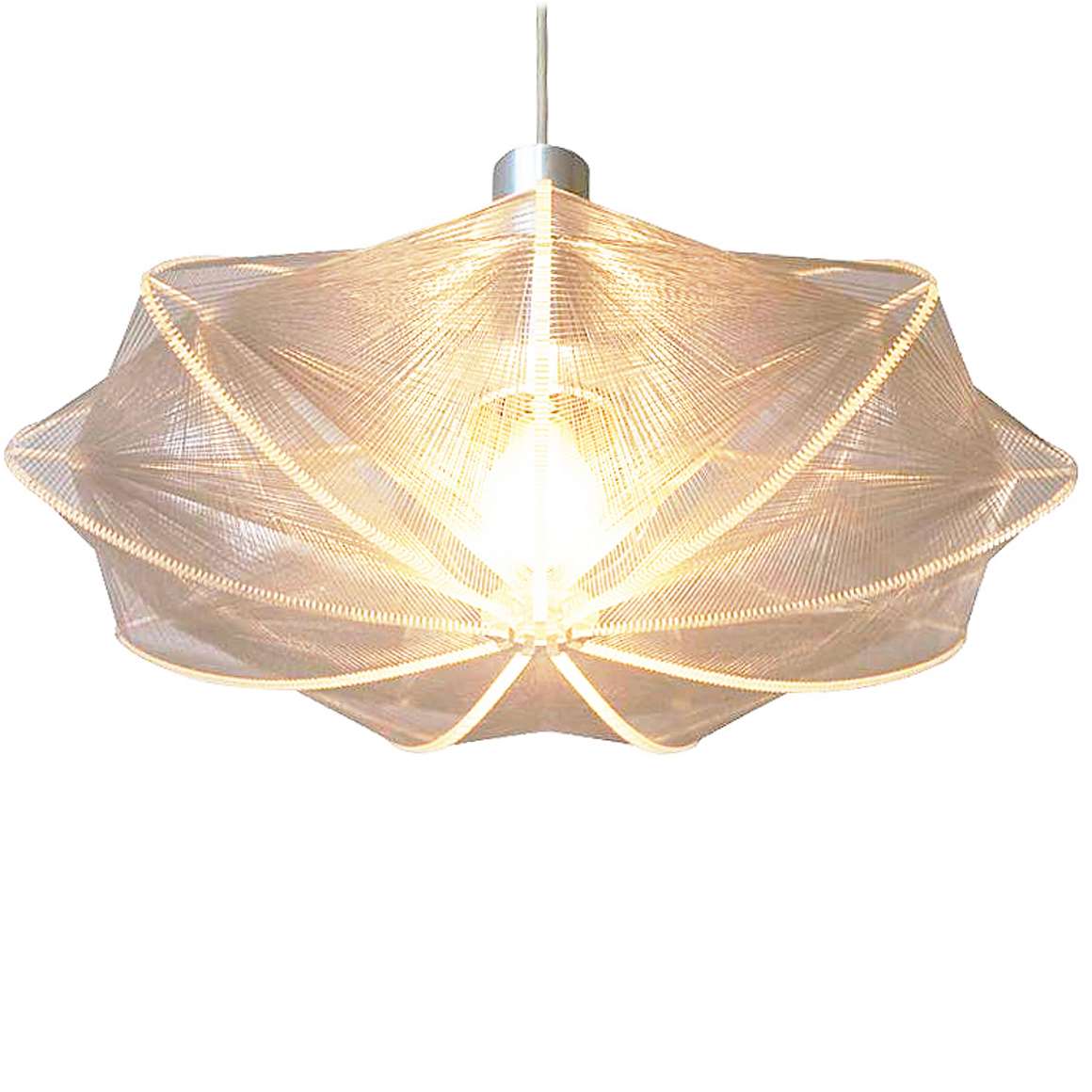 Other versions: This Paul Secon Sompex pendant lamp was made in many variations. All made of acrylic, sometimes coloured, and nylon fishing wire.

Sompex was founded in 1948 by Rolf O. Burghard as the Soest Import en Export Company in Soest, North Rhine-Westphalia, Germany. In 1950 they moved to Düsseldorf. Sompex was the exclusive importer of Scandinavian design and expanded rapidly.  Since the 1970’s Sompex is focused on interior lighting. The company is a family business and it still exists.