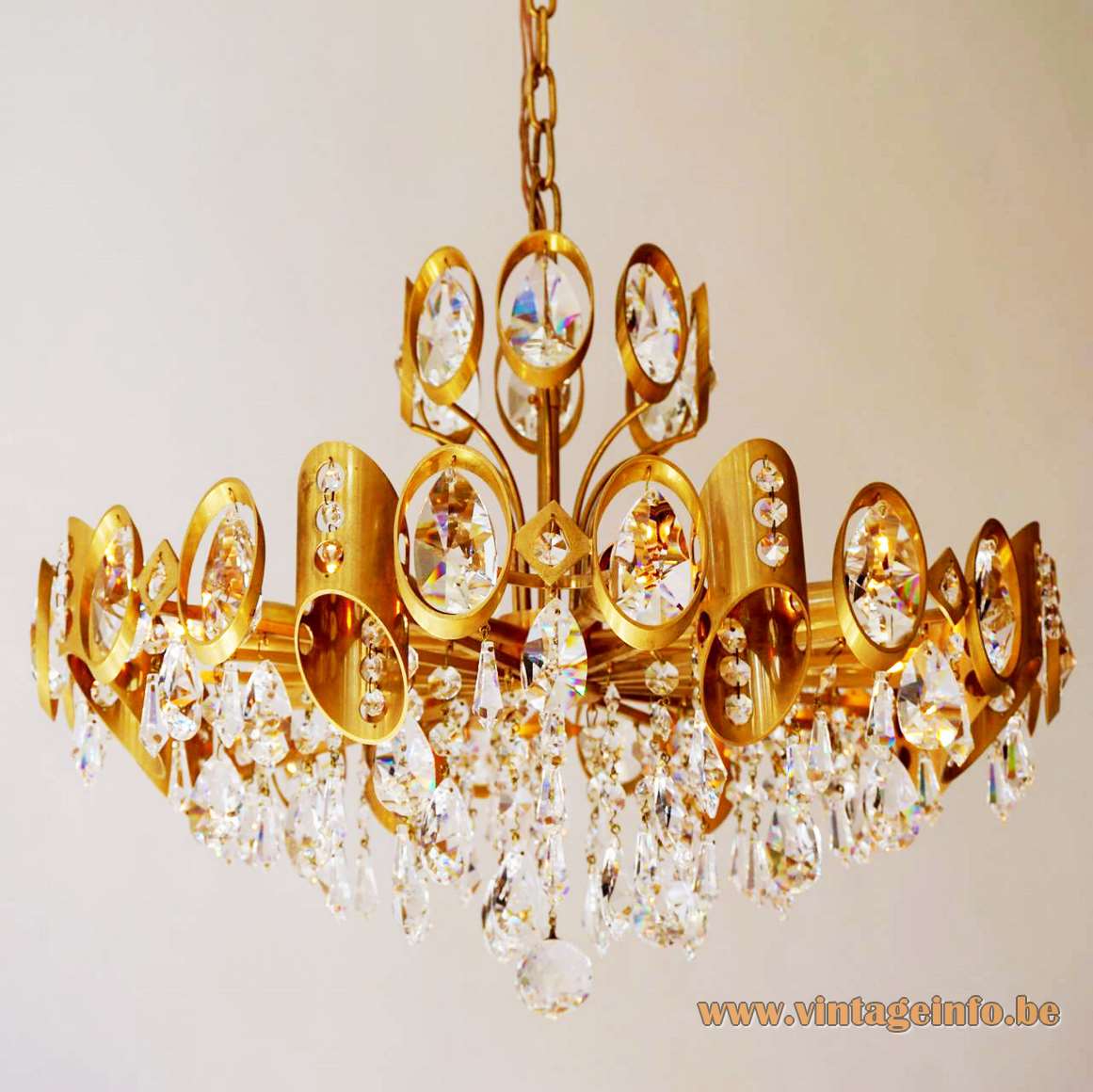 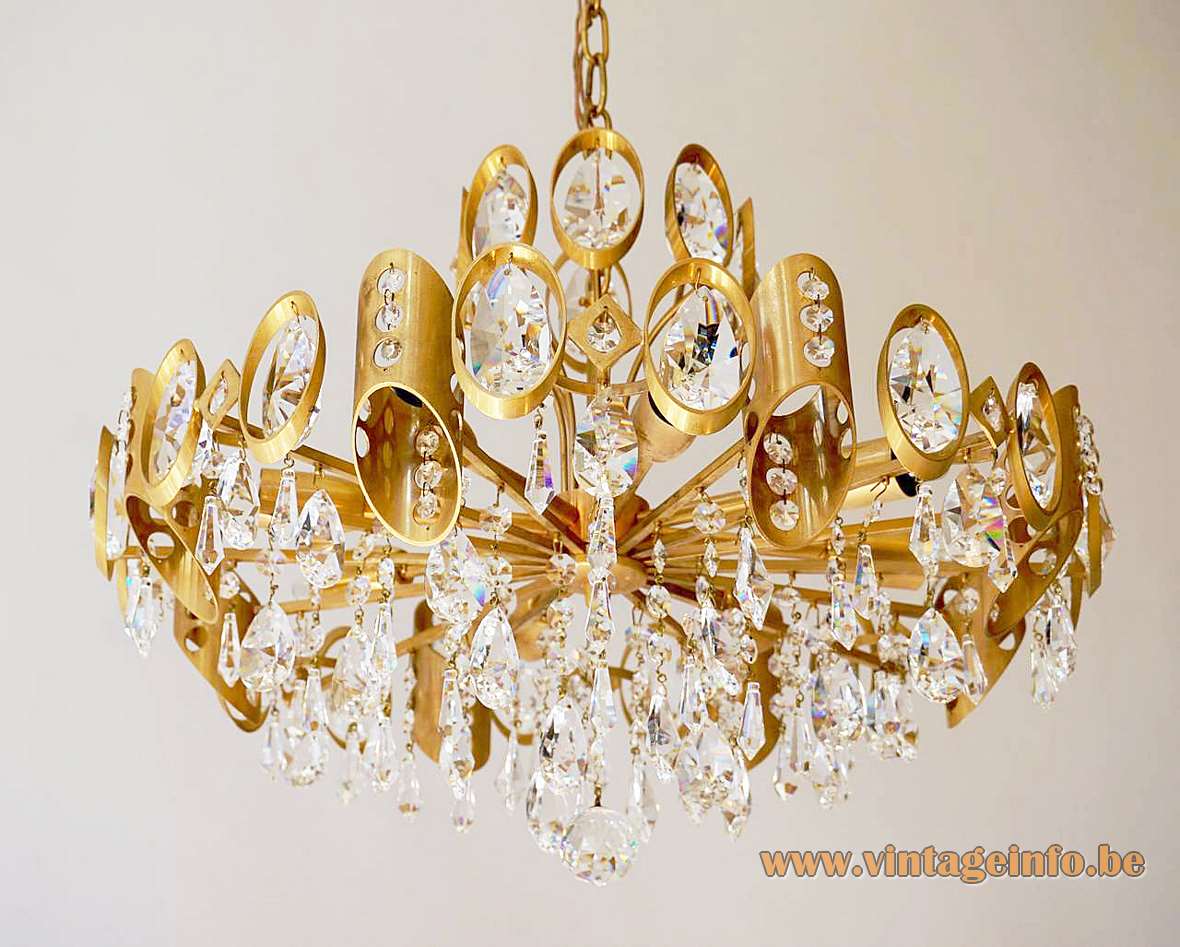 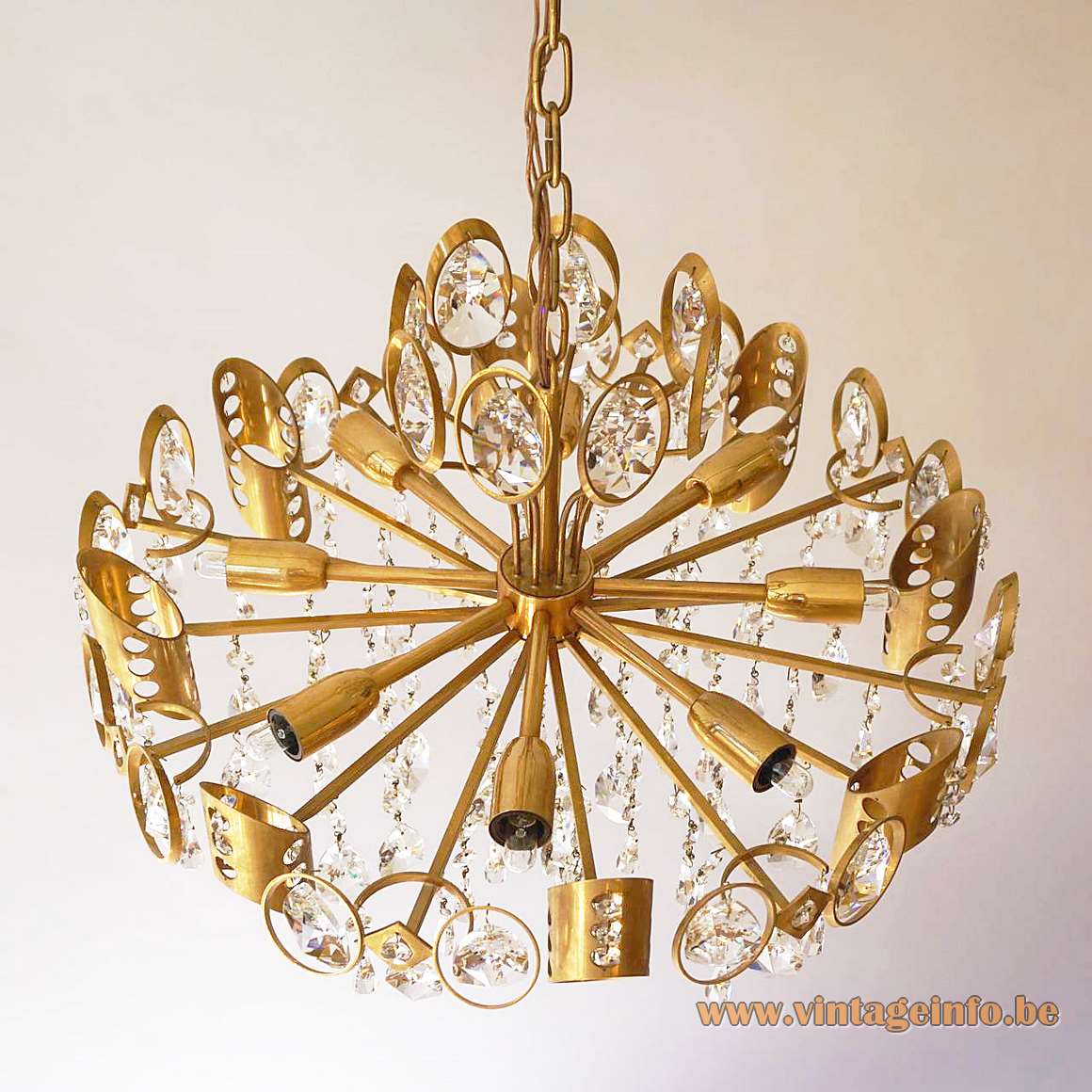 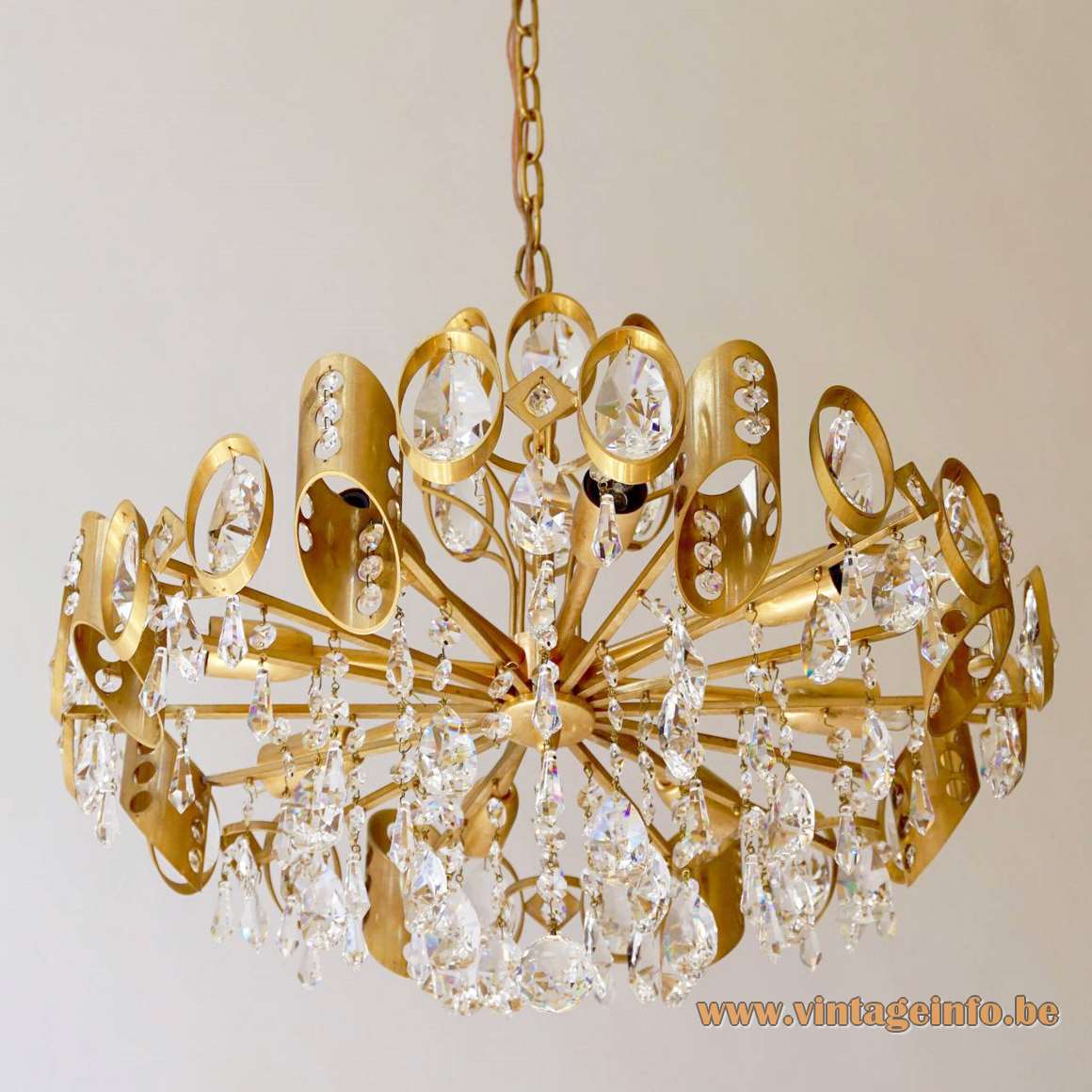 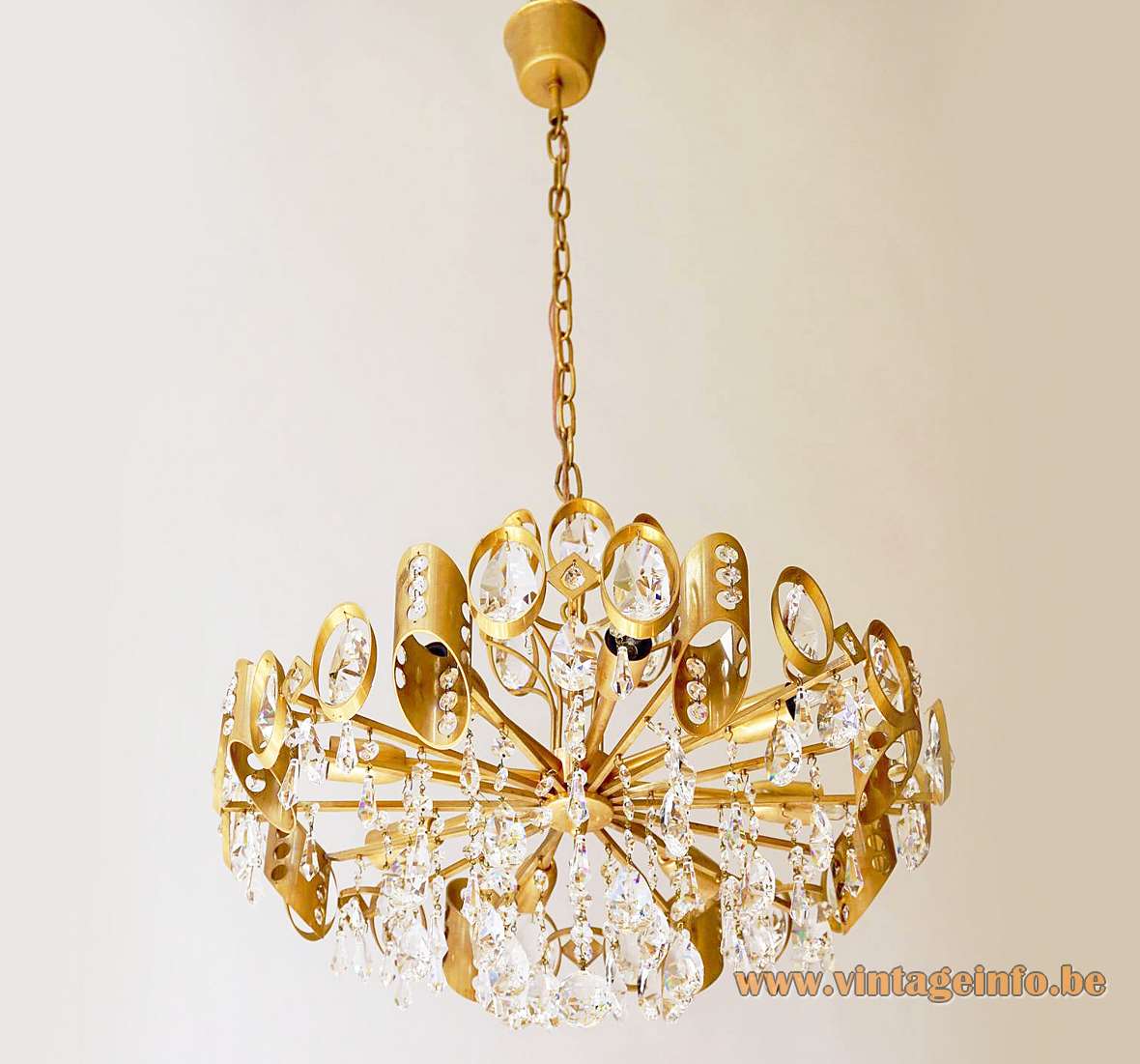 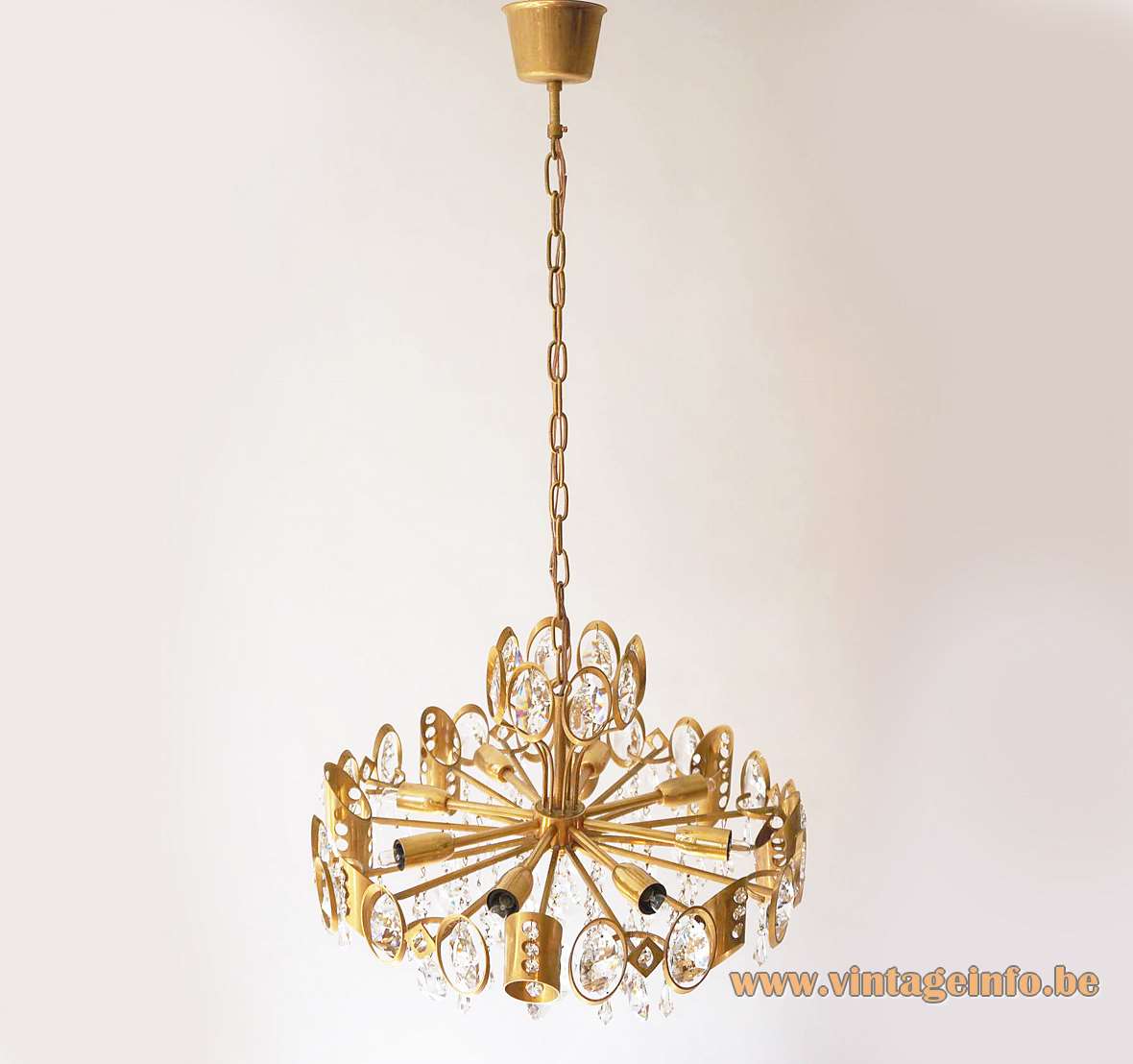 Other versions: This Palwa crystal glass and brass chandelier exists in many variations. Smaller versions exists. Also wall lamp were made.