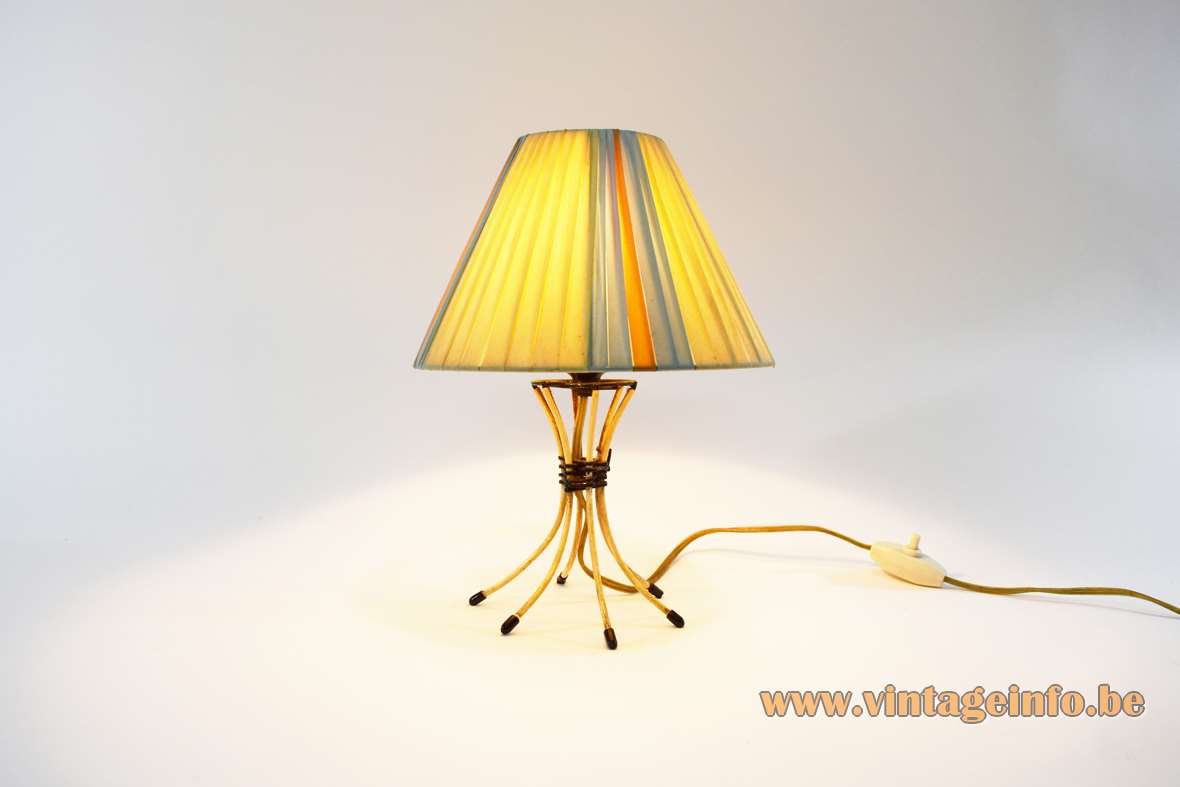 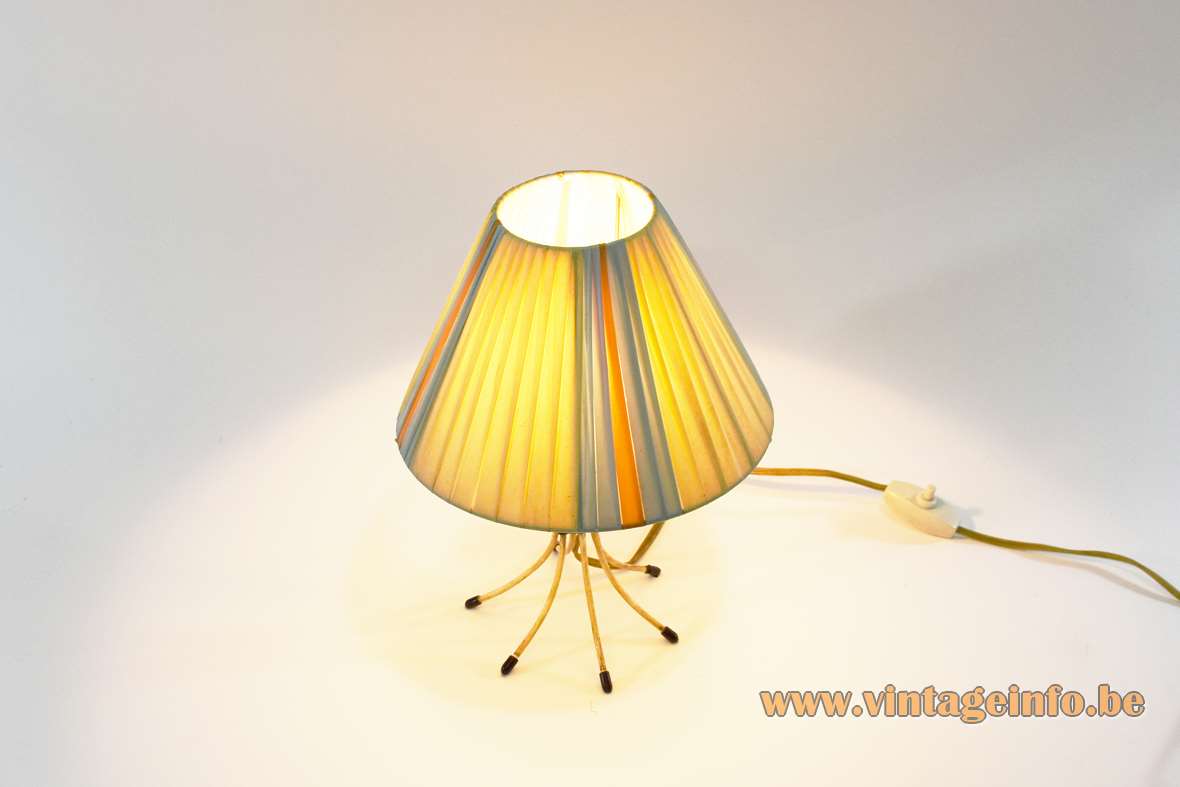 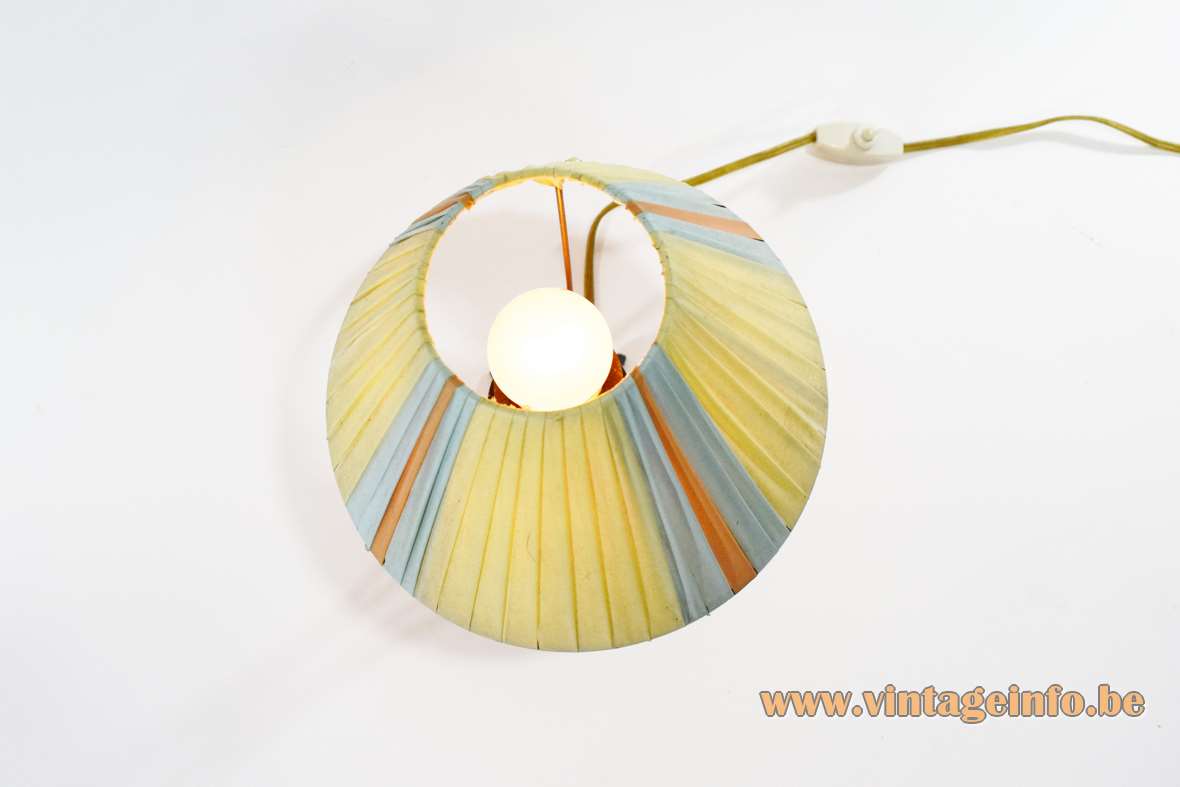 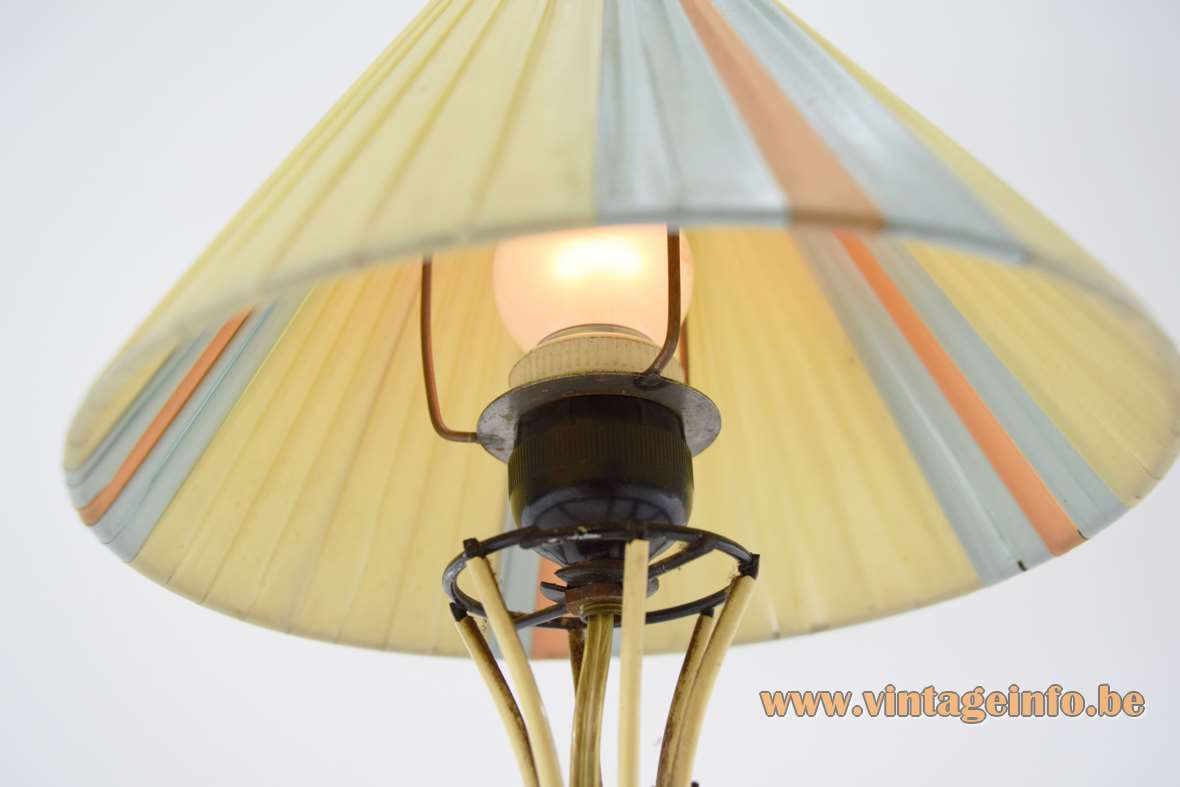 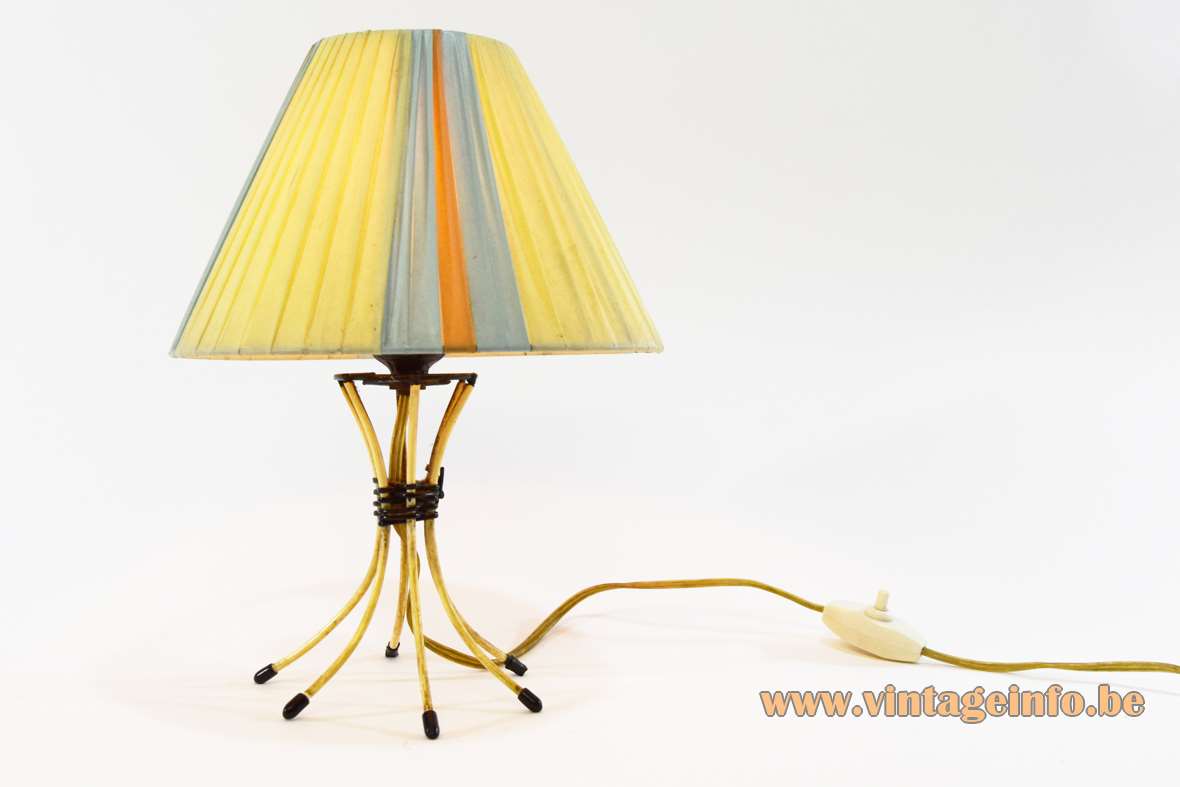 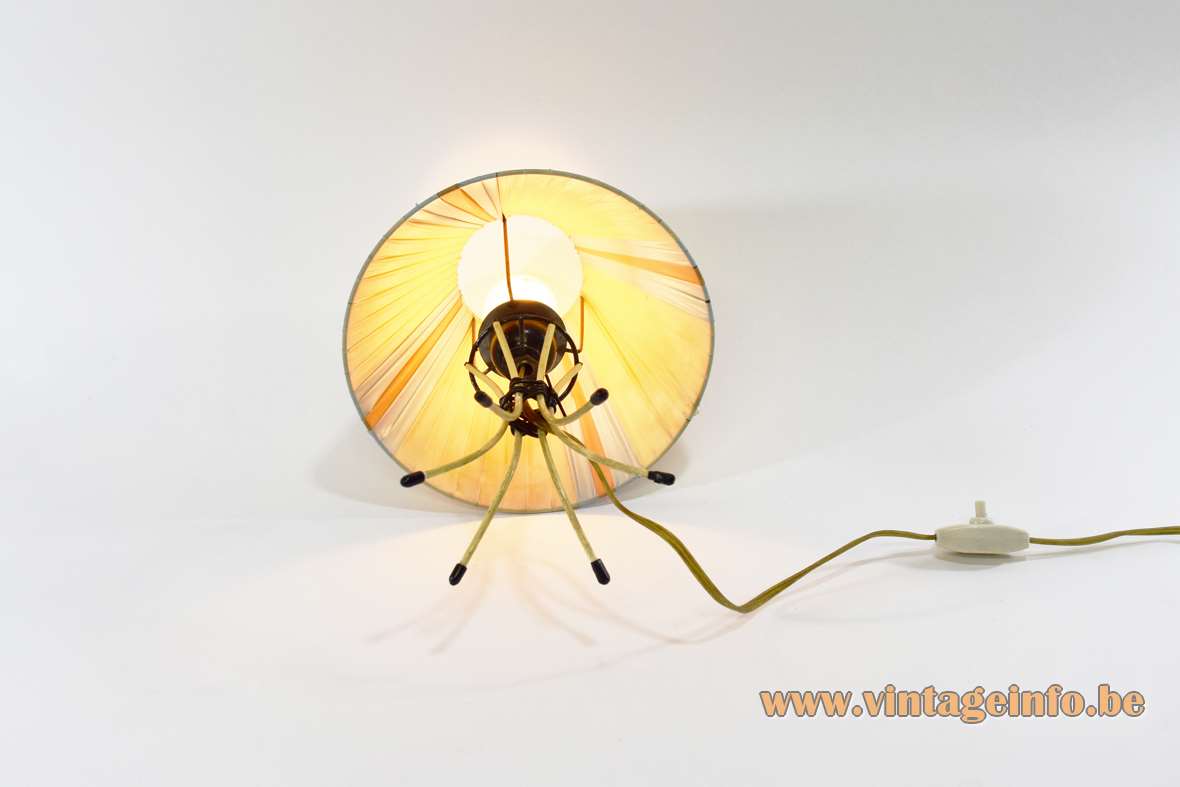 The 6 legs of this lamp are made of thick plasticised iron wire, also used for the Diamond chair designed by Harry Bertoia in 1952.

Scoubidou is a knotting craft with plastic wire, originally aimed at children. It originated in France, where it became immense popular in the late 1950s. It is named after the Sacha Distel (1933 – 2004) song of the same name from 1958.

The Scoubidou plastic became immense popular. It was used for all kind of decorations, lamps and furniture. You can find some fine examples over here.

For this lamp black Scoubidou is used as decoration on the legs. The plastic ribbon used for the lampshade is made of the type of plastic that was used as fly curtain in the 1950s.

The art of Scoubidou