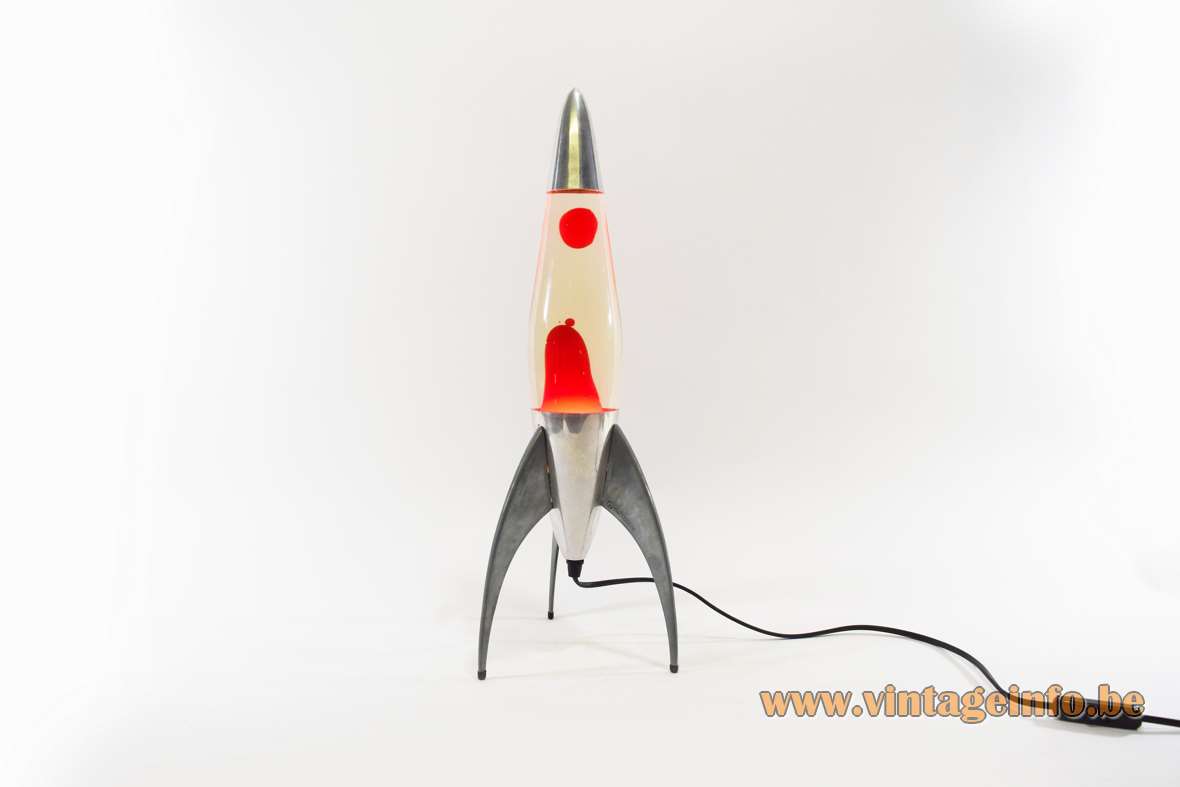 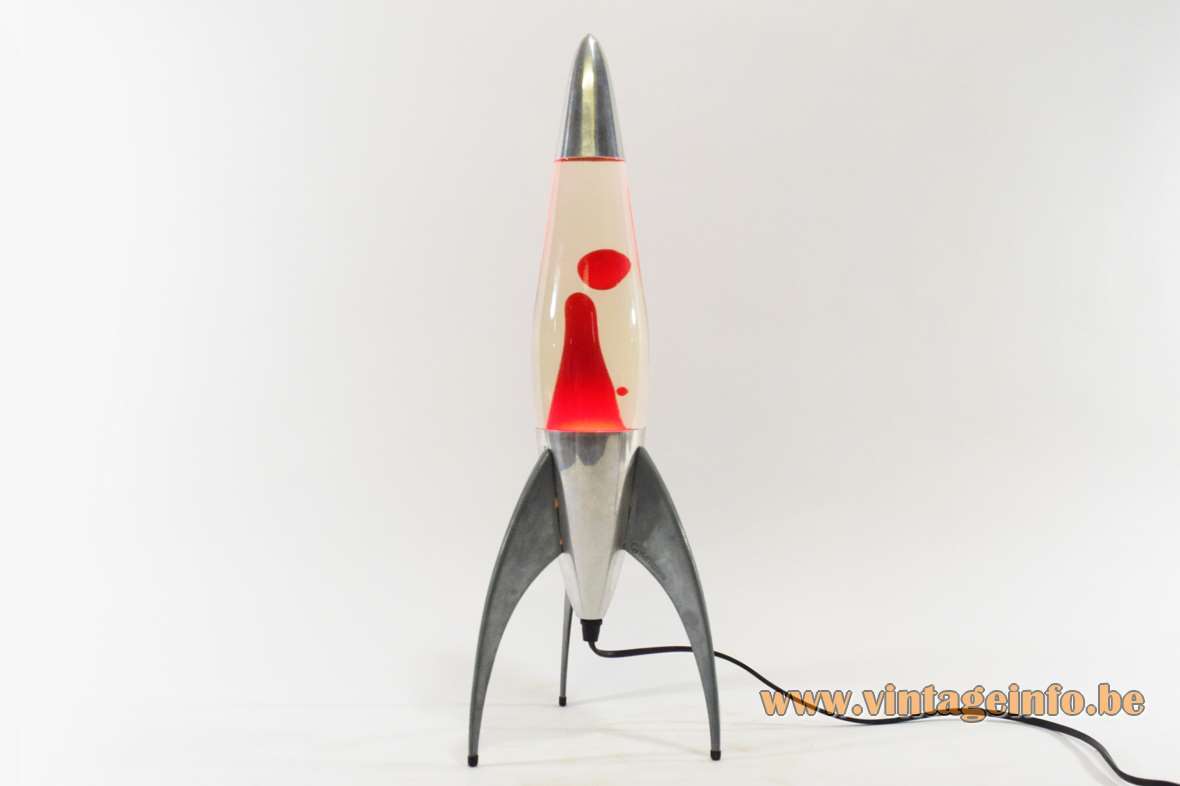 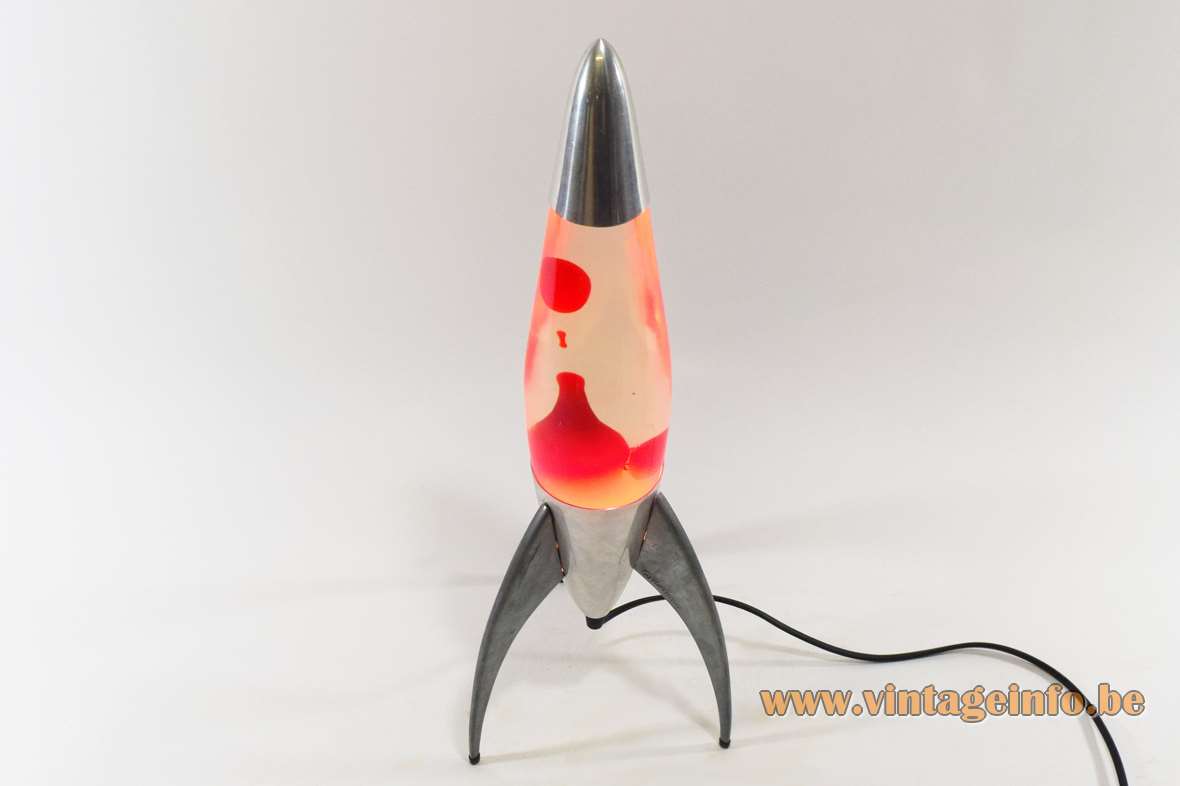 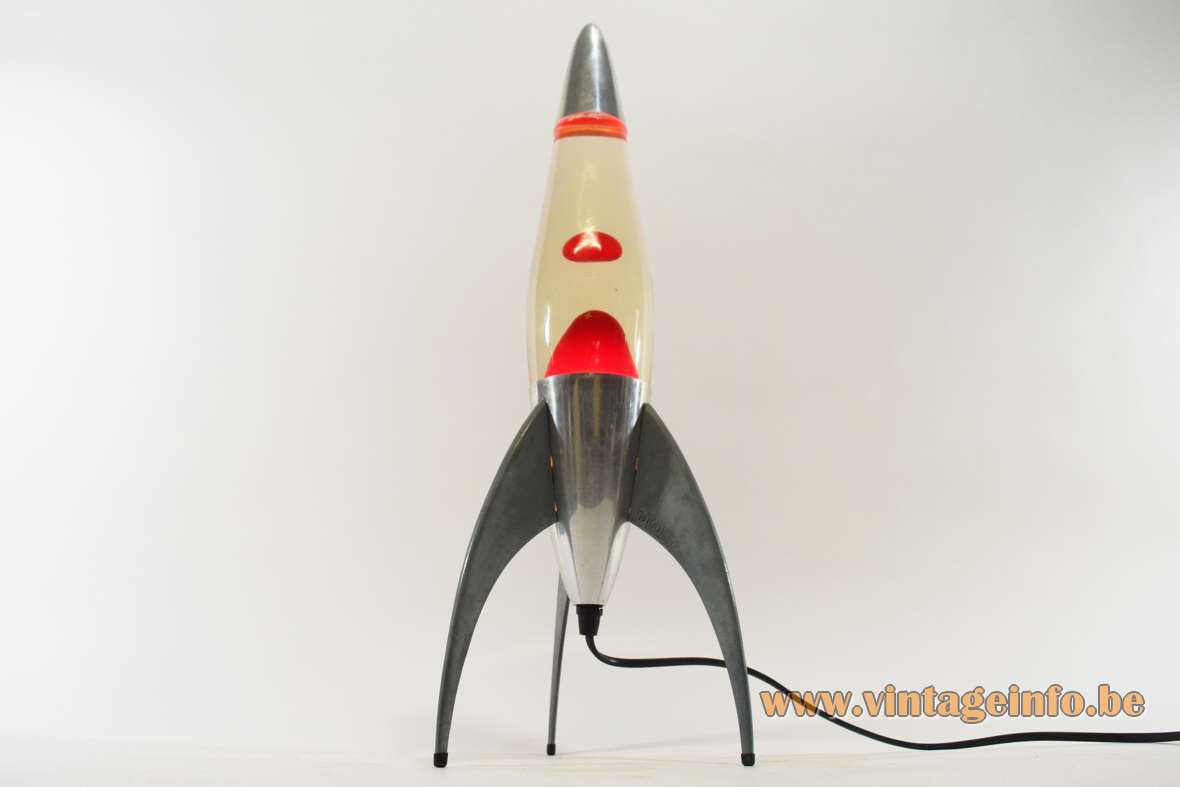 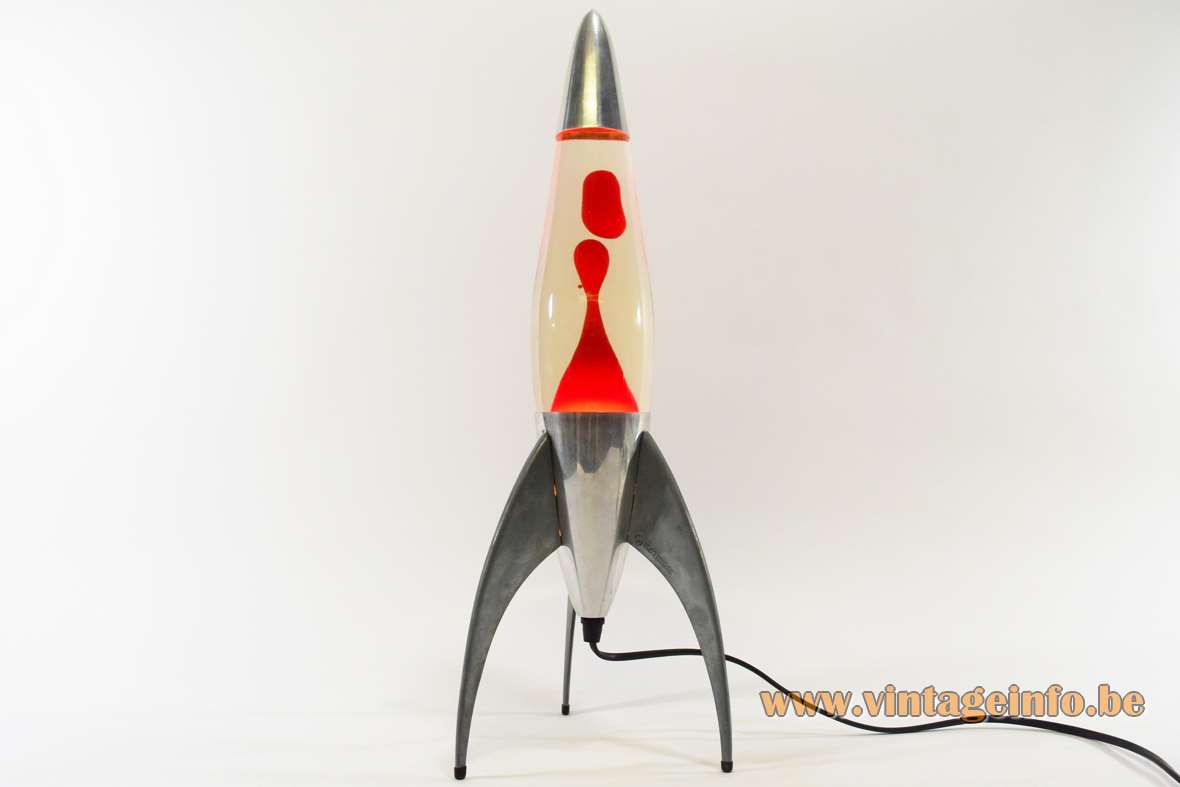 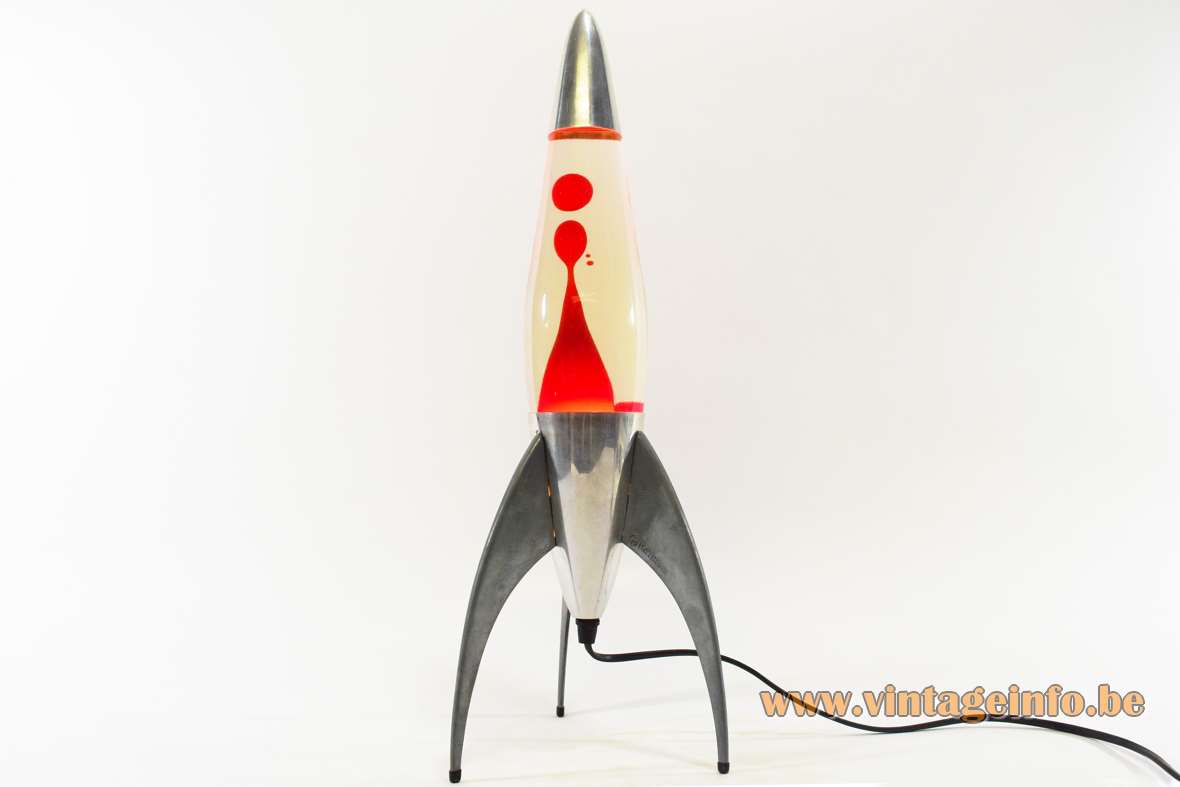 A Mathmos Telstar lava lamp was used as a prop in the 2016 American biographical crime drama film The Infiltrator. The movie is set in the 80s. So the Telstar is no ordinary rocket but a time traveller… Starring: Bryan Cranston, Diane Kruger and Benjamin Bratt.

A Mathmos Telstar lava lamp was used as a prop in the 2012 – 2019 British-American science TV show You Have Been Warned. The series first aired in the UK on Discovery International. In the USA it is named Outrageous Acts of Science. This scene appears in between the subjects with a countdown. 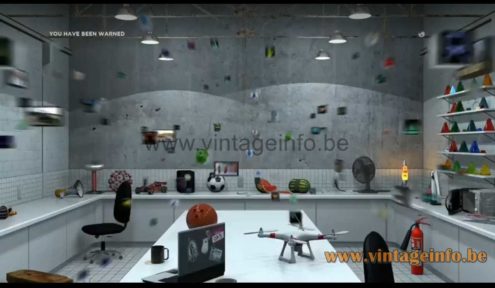 An Astro lava lamp was used as a prop in the 1990 – 1995 British sitcom Keeping Up Appearances. It is a Crestworth version, because this one appears in season 1. Starring Patricia Routledge, Clive Swift and in this scene Shirley Stelfox. 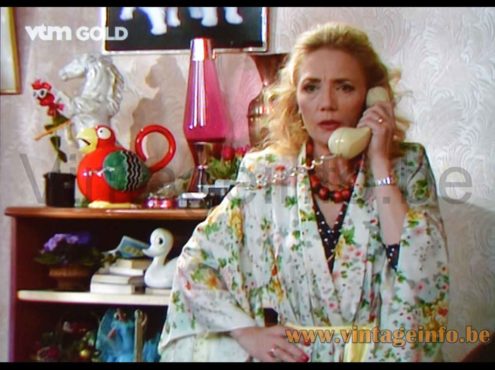 An Astro lava lamp collection made by Crestworth was used as a prop in the 1986 American neo-noir crime film 52 Pick-Up. Starring Roy Scheider, Ann-Margret & Vanity. 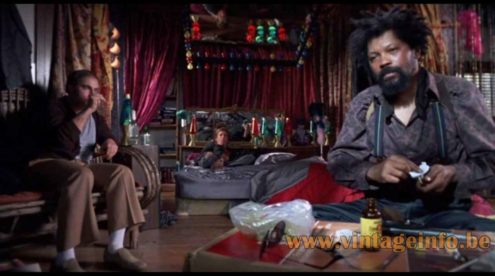 Electricity: 1 bulb E14, 1 x 30 watt maximum, 110/220 volt.
Not any type of light bulb can be used. It has to be an incandescent spot light of 30 watt. Otherwise the lamp wont work; it is primarily used as a heat source.

Other versions: Available in several colours of wax.

Despite many people think the Telstar lava lamp is from the sixties, it was designed in the early 90s and it is in production ever since.

The  incandescent light bulb used is one of the last exceptions in Europe. All other incandescent bulbs are forbidden, except for some special lamps used in the industry. The heat of the lamp is necessary to guarantee the operation of the liquids in the bottle. The reflector light bulbs can be bought in specialised lamp shops, online and of course at the Mathmos company.

To this day the wax formula remains a strict trade secret.

The lava lamp was developed from a design for an egg timer using two liquids spotted in a Dorset pub. The egg timer was developed and made by Alfred Dunnett. Craven Walker spent years developing this into a light for manufacture initially using cocktail and orange squash bottles.

Together with his wife Christine he set up the company to produce lava lamps, naming it Crestworth. They travel the country selling from the back of an ex-postal van, also known as ‘Smokey’.

The rights to produce and sell the lava lamps in the USA for the duration of the patent were sold to Lava Simplex International, in 1966.

Throughout the 80s lava lamps were falling out of fashion until the Craven-Walkers teamed up with young entrepreneurs, Cressida Granger and David Mulley in 1989.

Cressida Granger and David Mulley took over the running of Crestworth and changed the name to Mathmos in 1992. The name Mathmos comes from the seething lake of lava beneath the city Sogo in the 1962 comic Barbarella, written by  Jean-Claude Forest.

Mathmos created the biggest lava lamp in the world as part of their 50th birthday celebrations in 2013. A 120 litre giant lava lamp for the Festival Hall in the South Bank Centre, London.

Edward Craven-Walker: “If you buy my lamp, you won’t need drugs… I think it will always be popular. It’s like the cycle of life. It grows, breaks up, falls down and then starts all over again”. 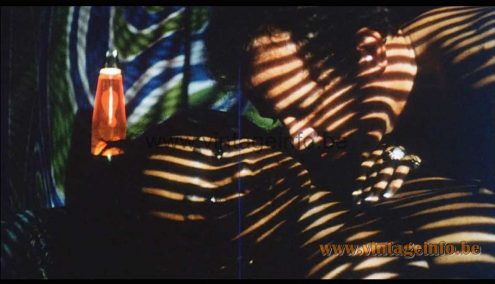 A lava lamp was used as a prop in the 2012 American fantasy horror comedy film Dark Shadows by Tim Burton. Starring Johnny Depp, Michelle Pfeiffer, Helena Bonham Carter and Eva Green. It is a lamp in the style of the Astro lava lamp, the original lava table lamp. 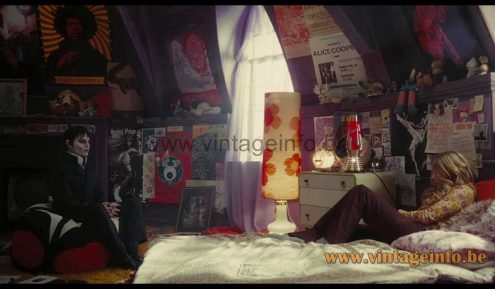 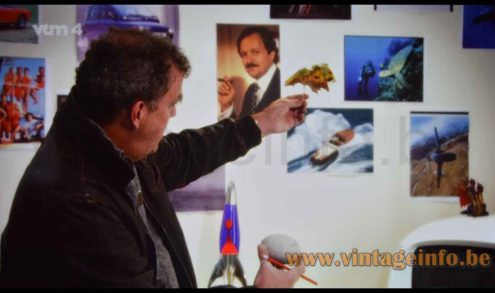 The Astro lava lamp in copper