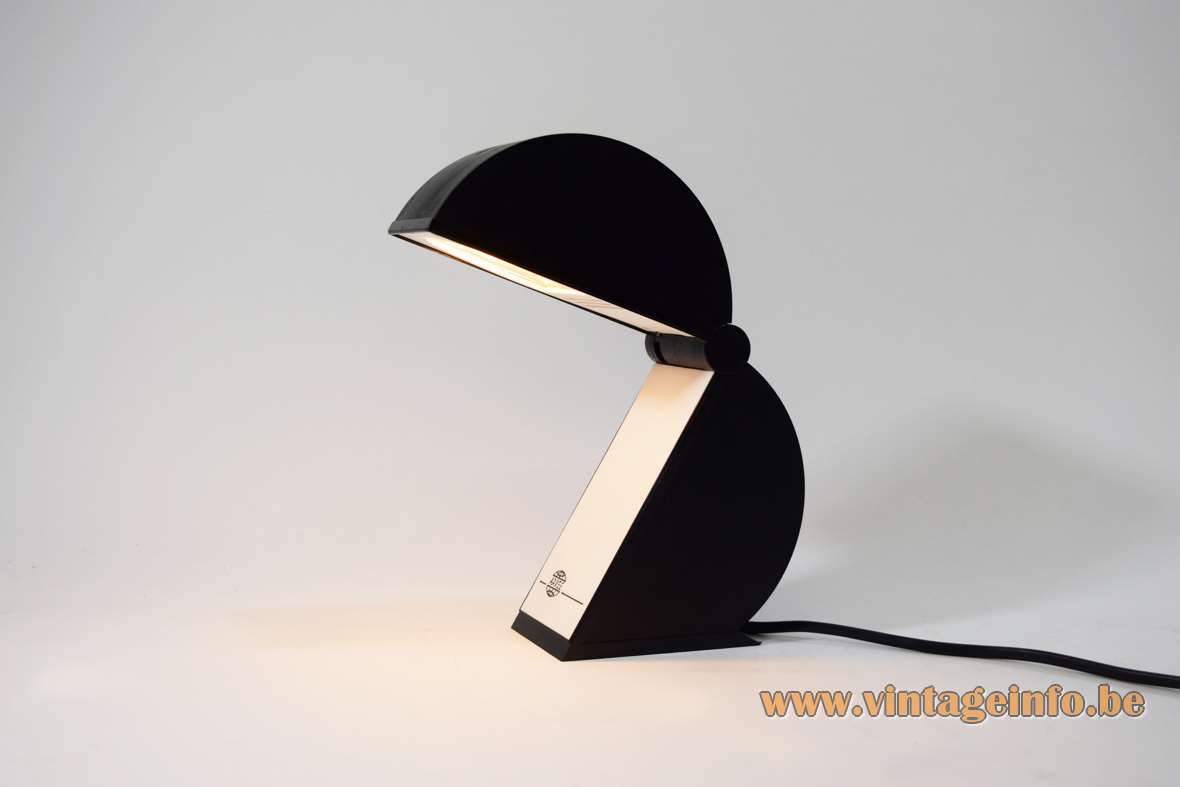 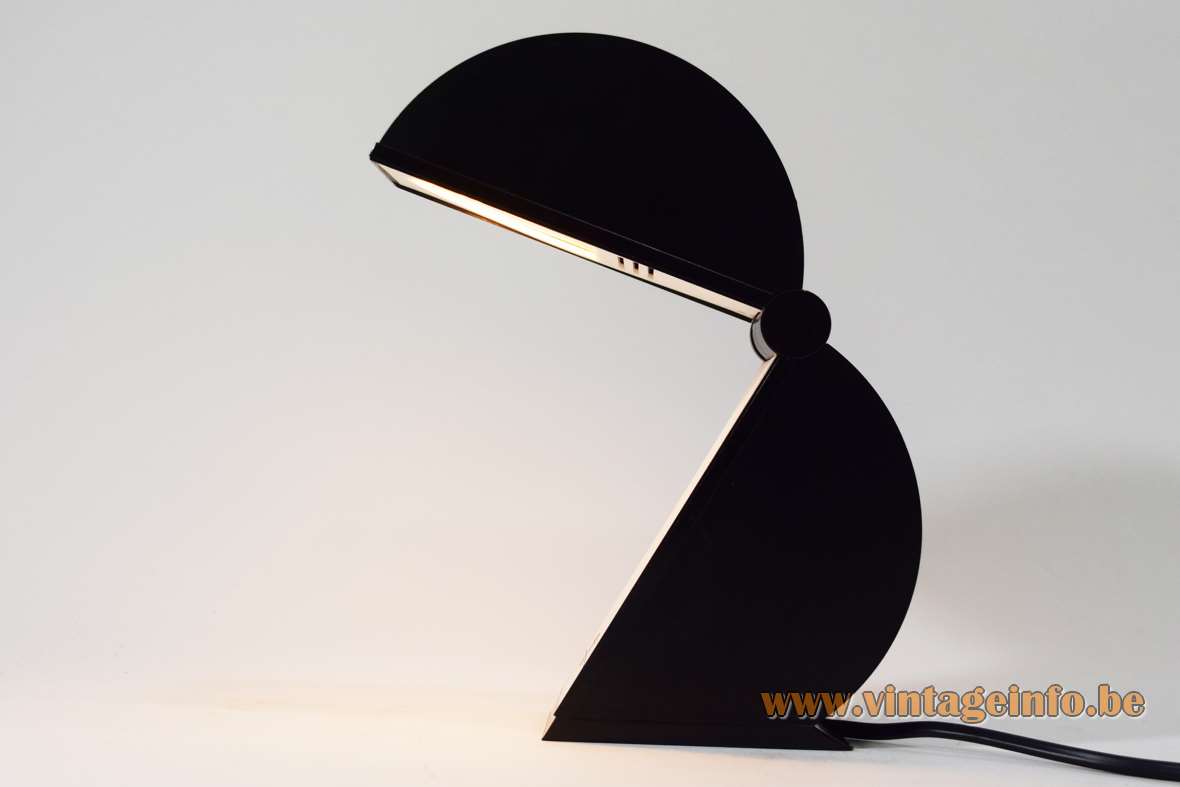 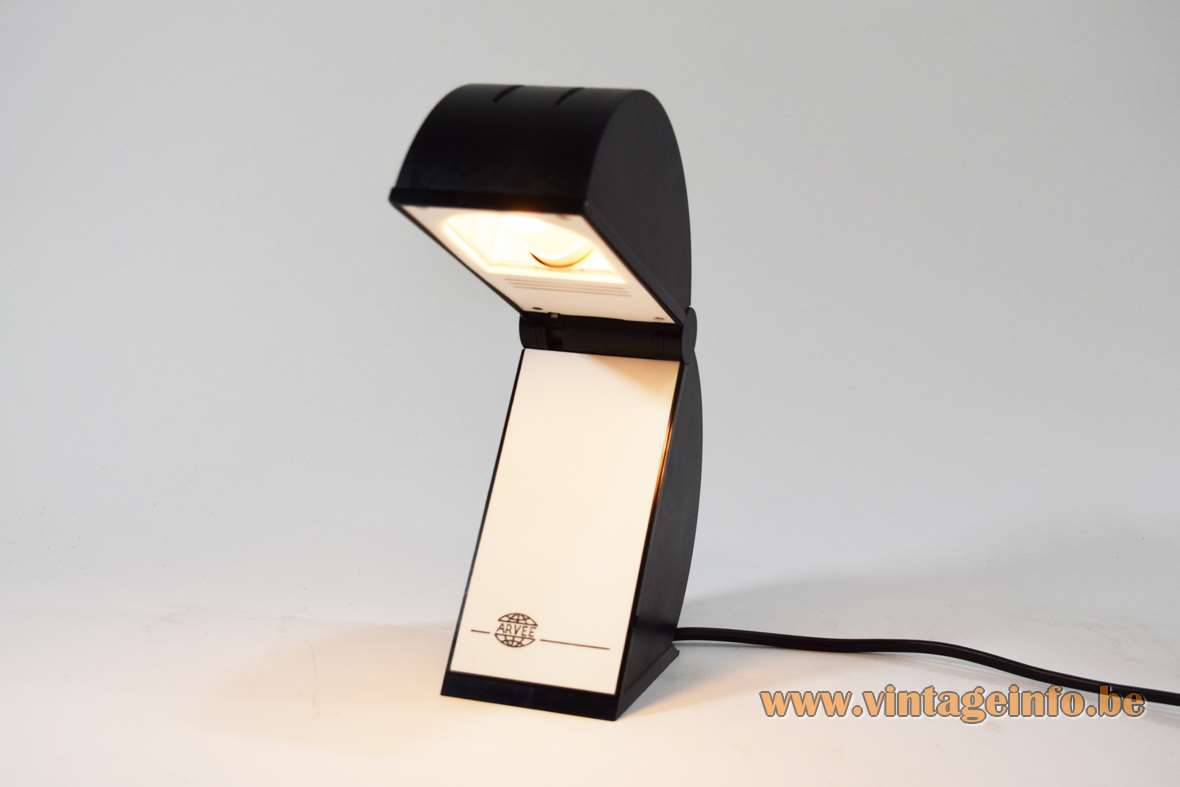 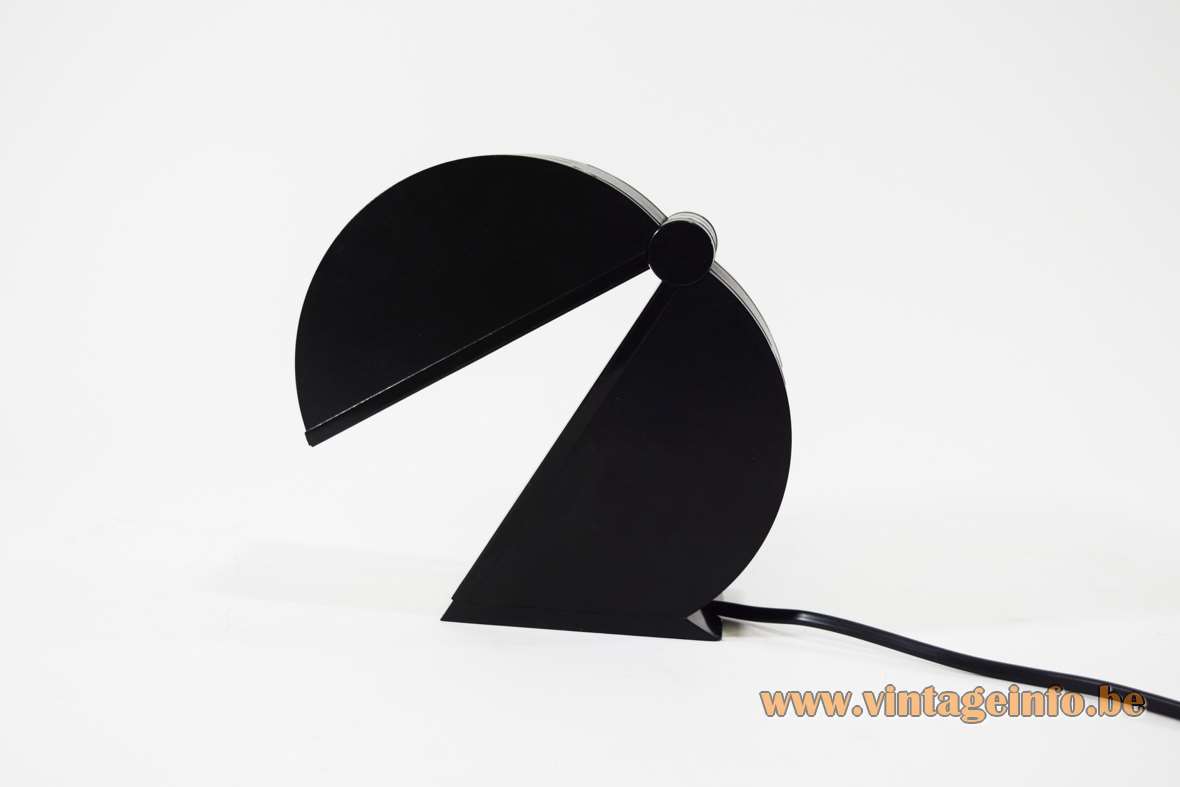 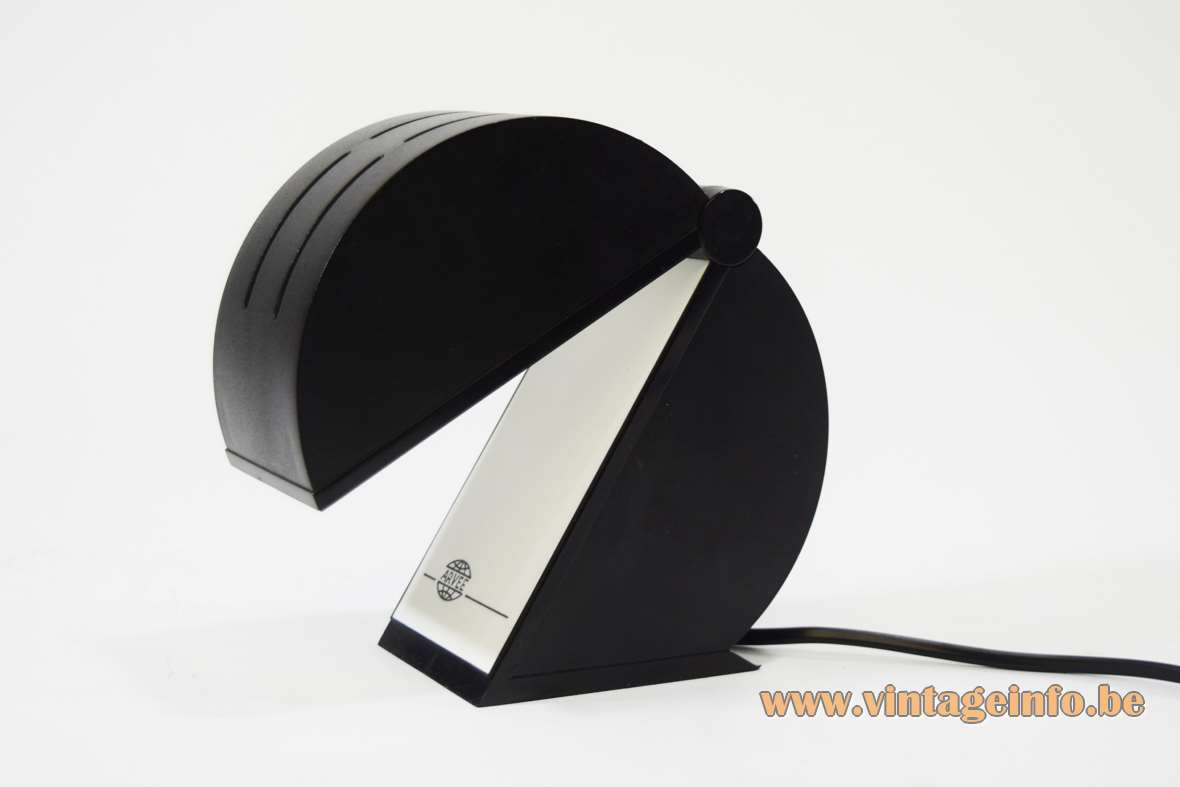 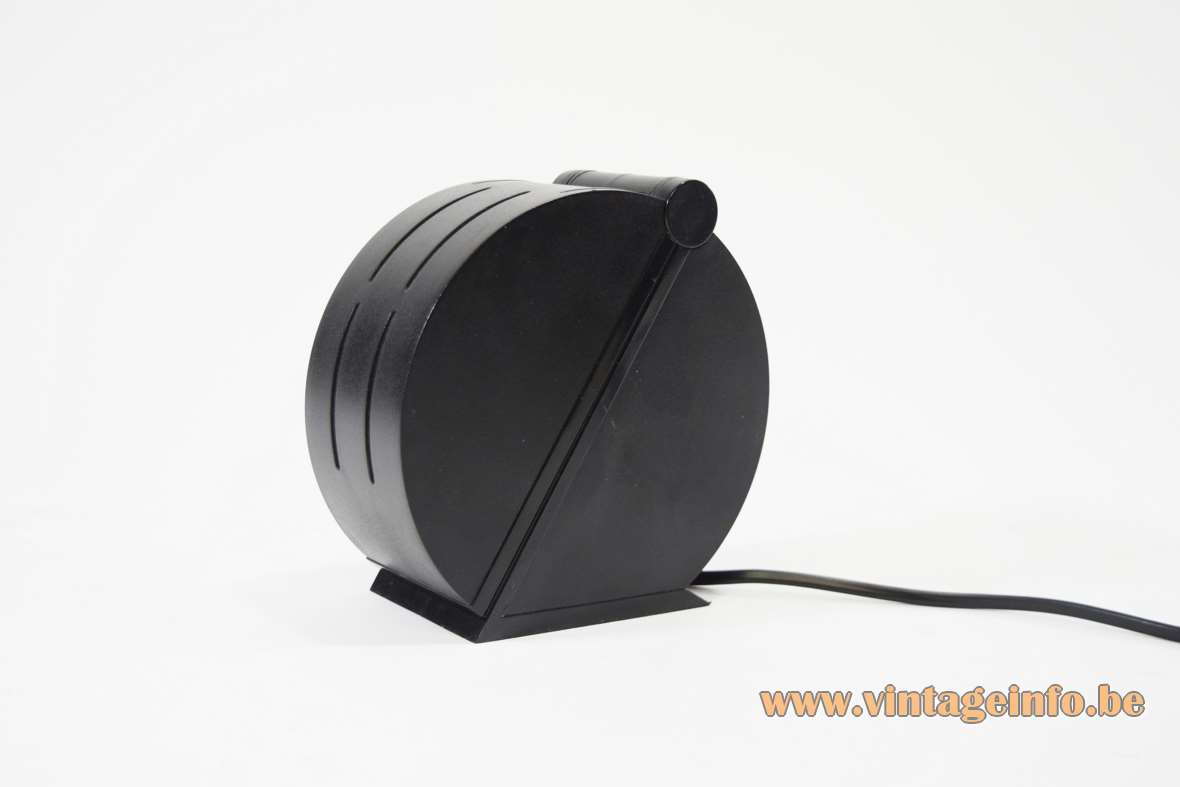 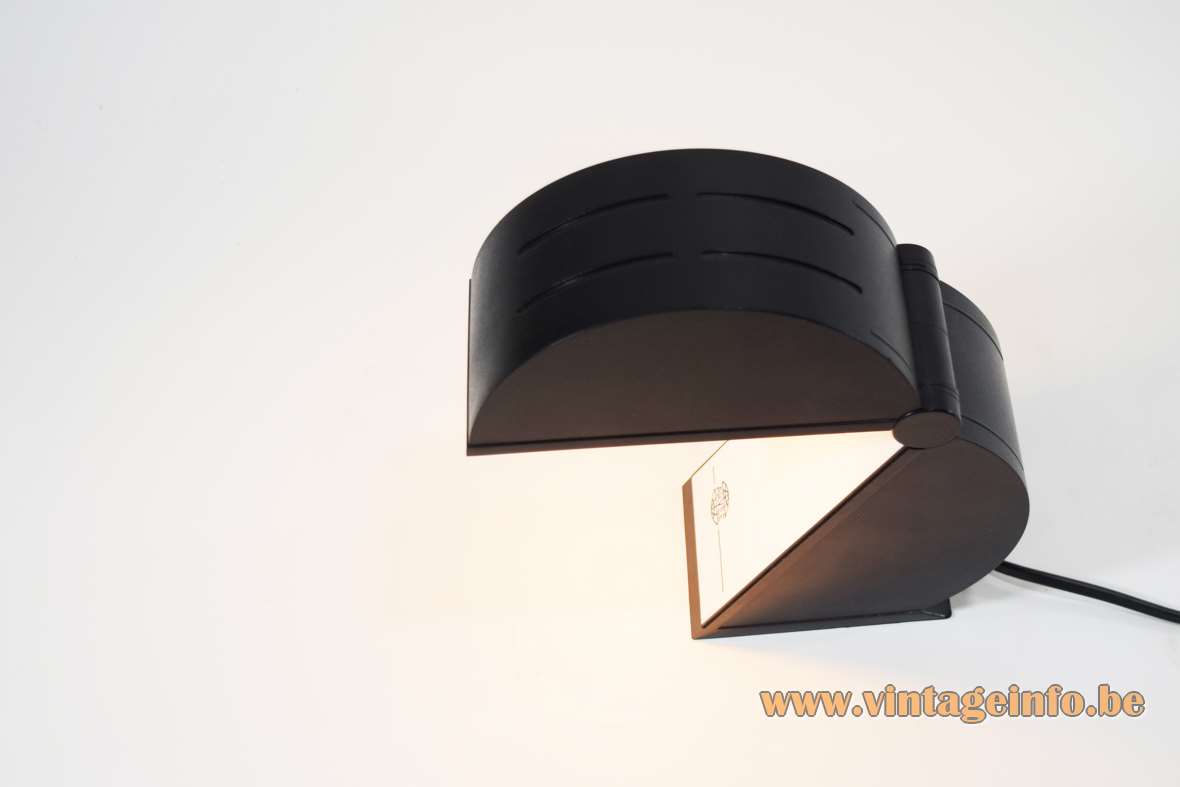 Other versions: The Mario Bertorelle Disco table lamp was also made in white. A version exists with a coiled wire.

This table lamp has two switches. One wire switch and one switch when the lamp is opened or closed. The same mechanism as used for the Yamada Shomei Manon table lamp. It also has a similar reflector and light bulb.

Often said that these lamps are from the 1970s, but they are not. Mario Bertorelle designed several lamps and they are all patented in between 1987 and 1992. They have names such as Proteo, Ellisse, Delta, Delfino and the Disco table lamp.

For the moment no information can be found about the designer Mario Bertorelle, unfortunately.

All the electric parts were made by VLM Components since the late 1980s, early 1990s. The switch is the 1990s version of the Achille Castiglioni switch model 450.

VLM Components was founded in 1945 in Buccinasco, a small village near Milan, Italy. The company is part of the Relco Group, founded in 1967. Today they are the owners of the brands Relco, Leuci, Relco Lighting, VLM Components and Segno. VLM Components became famous for the switches they produce which were designed by Achille Castiglioni in 1968.

The logo on the front of this lamp is from Arvee International Pte. Ltd., located in Singapore. This table lamp was most likely a promotional gift from the company. 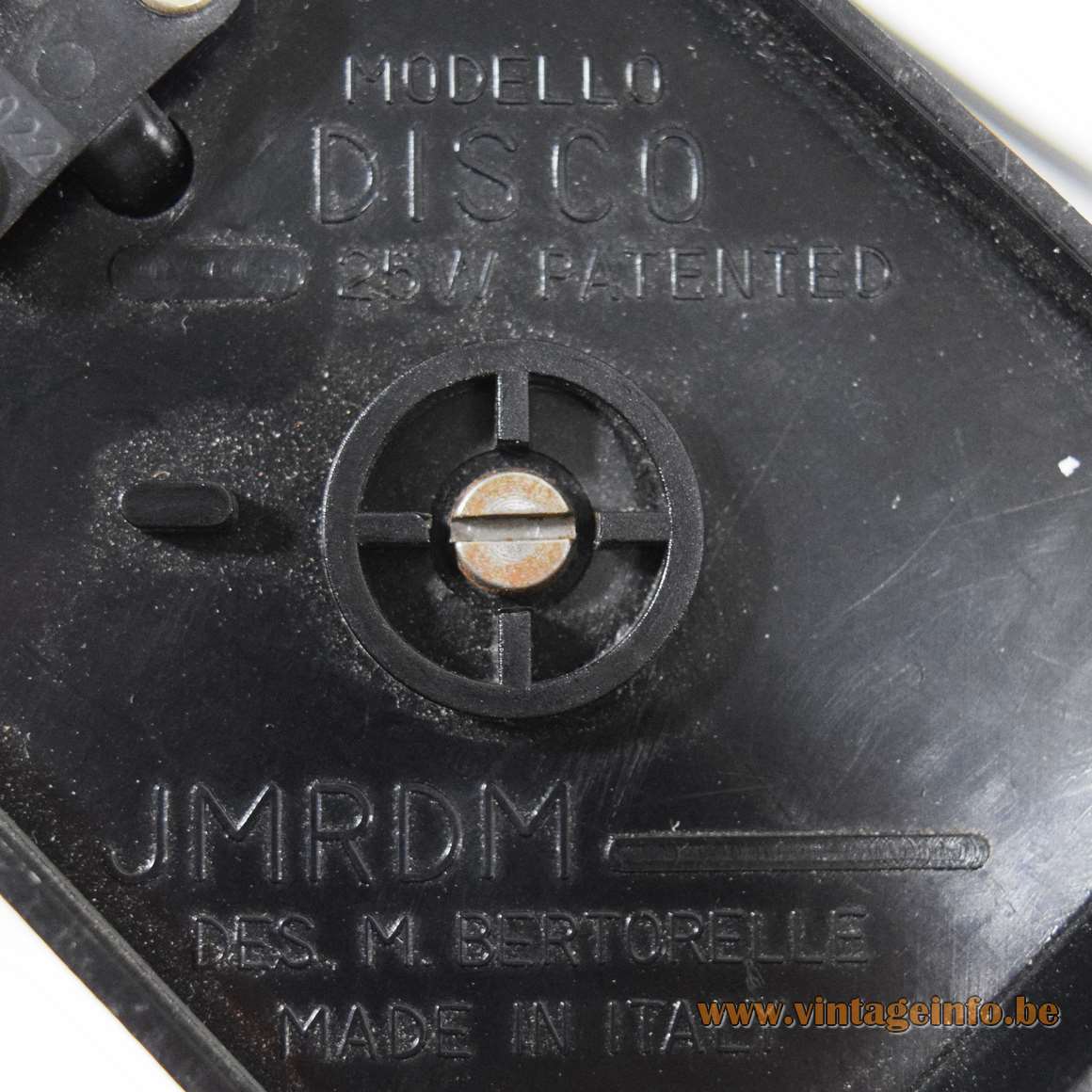 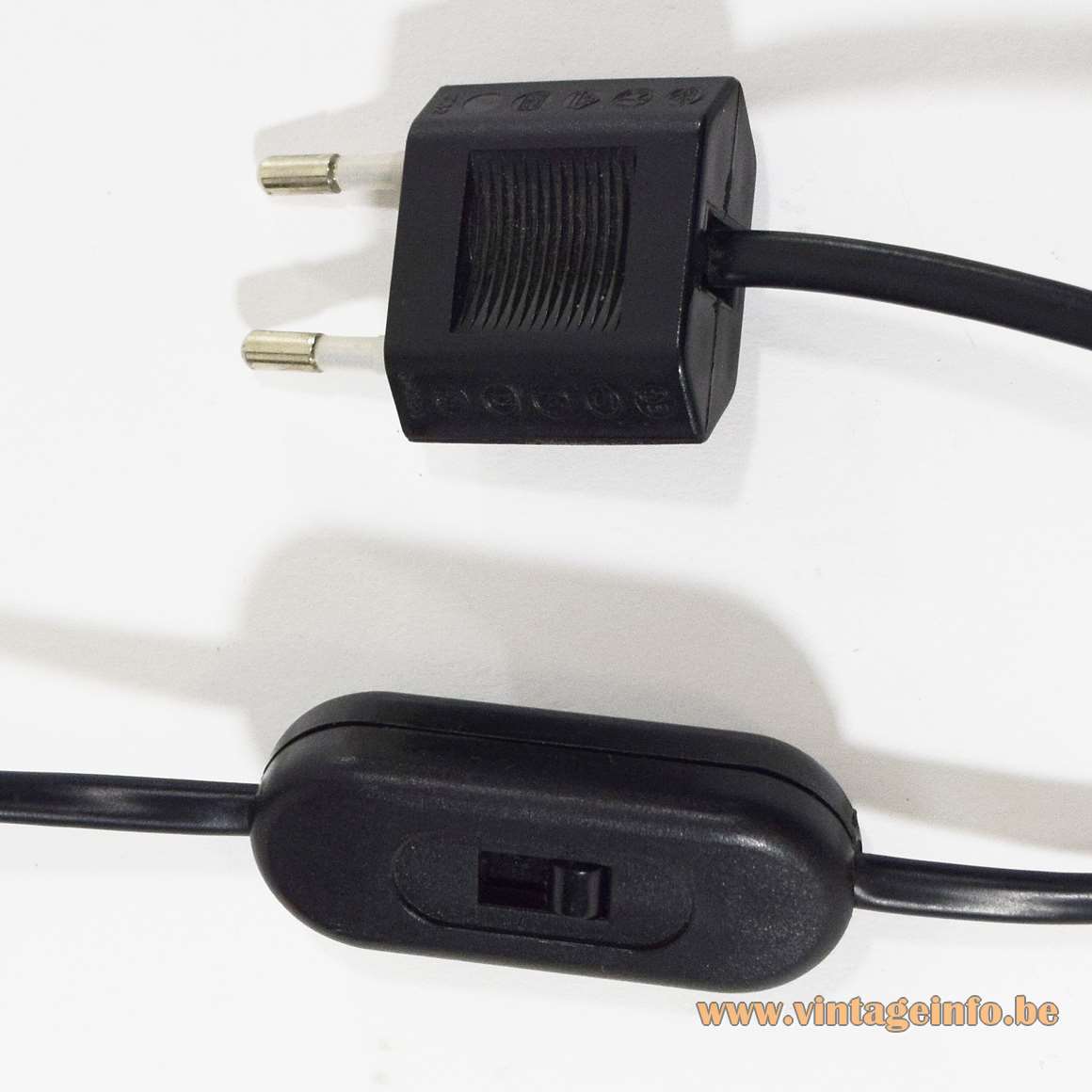