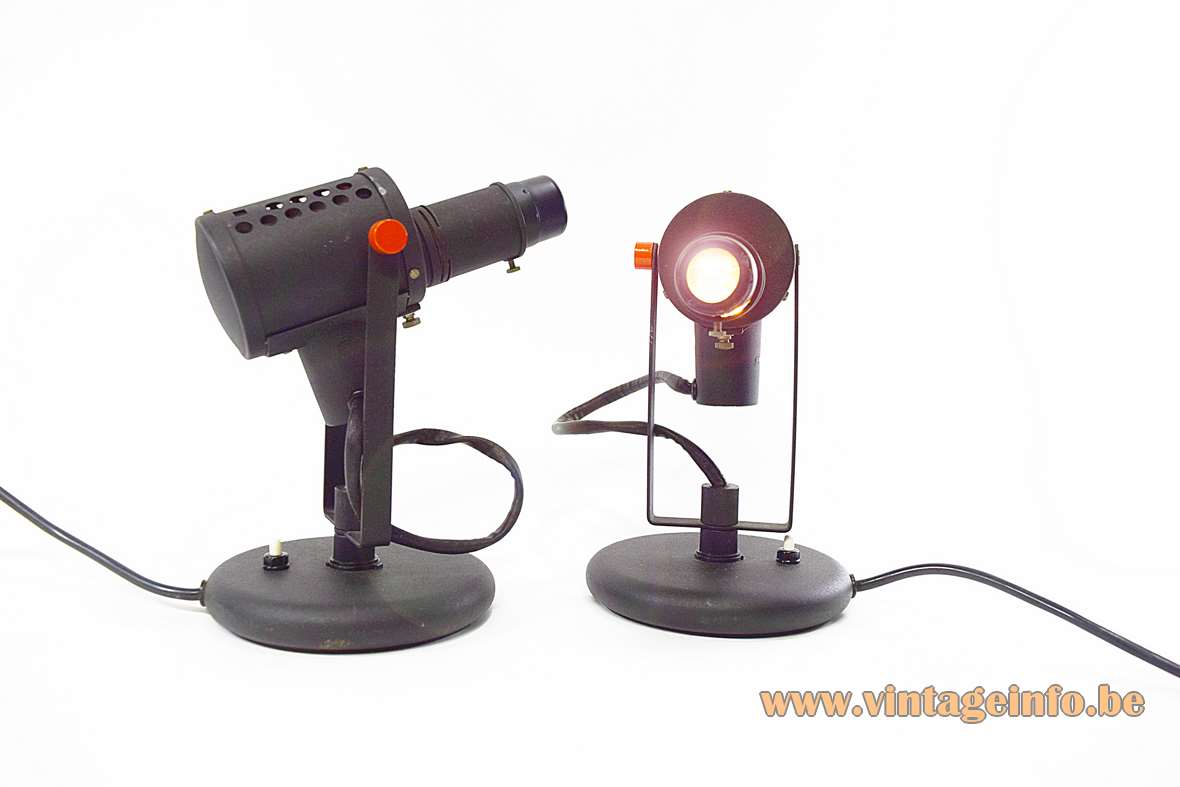 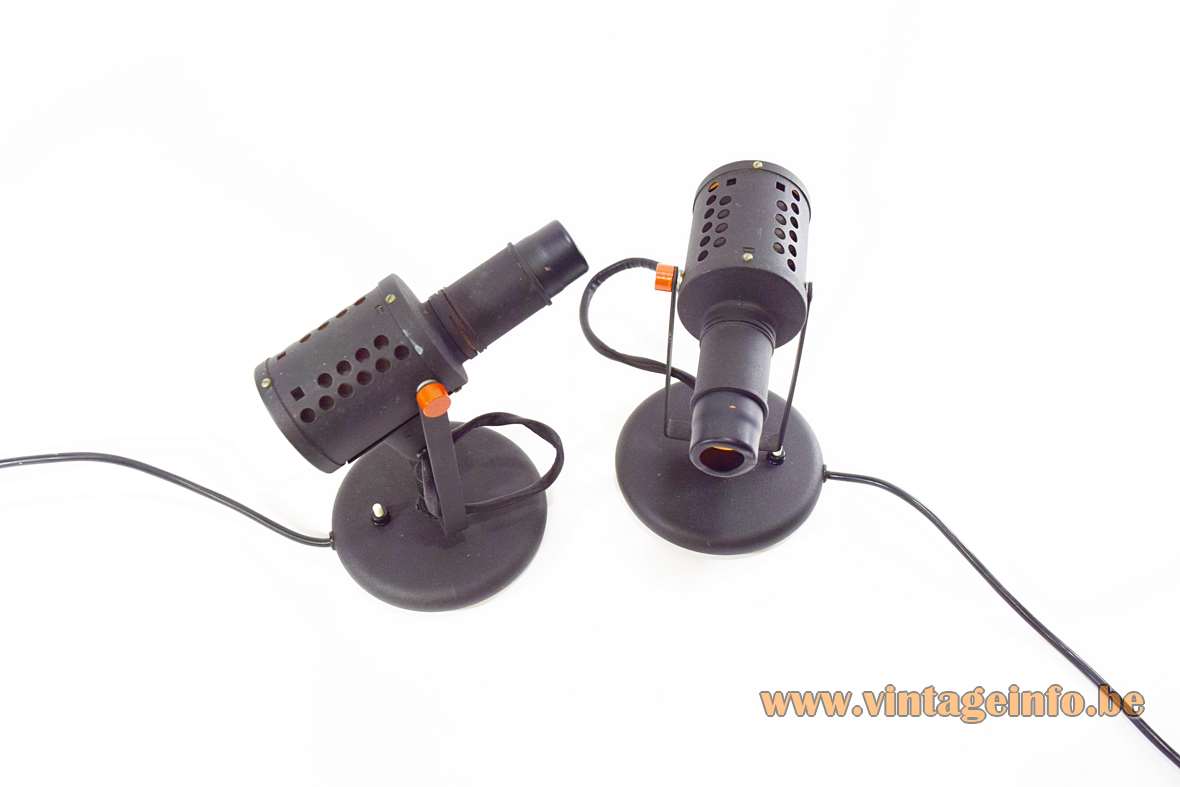 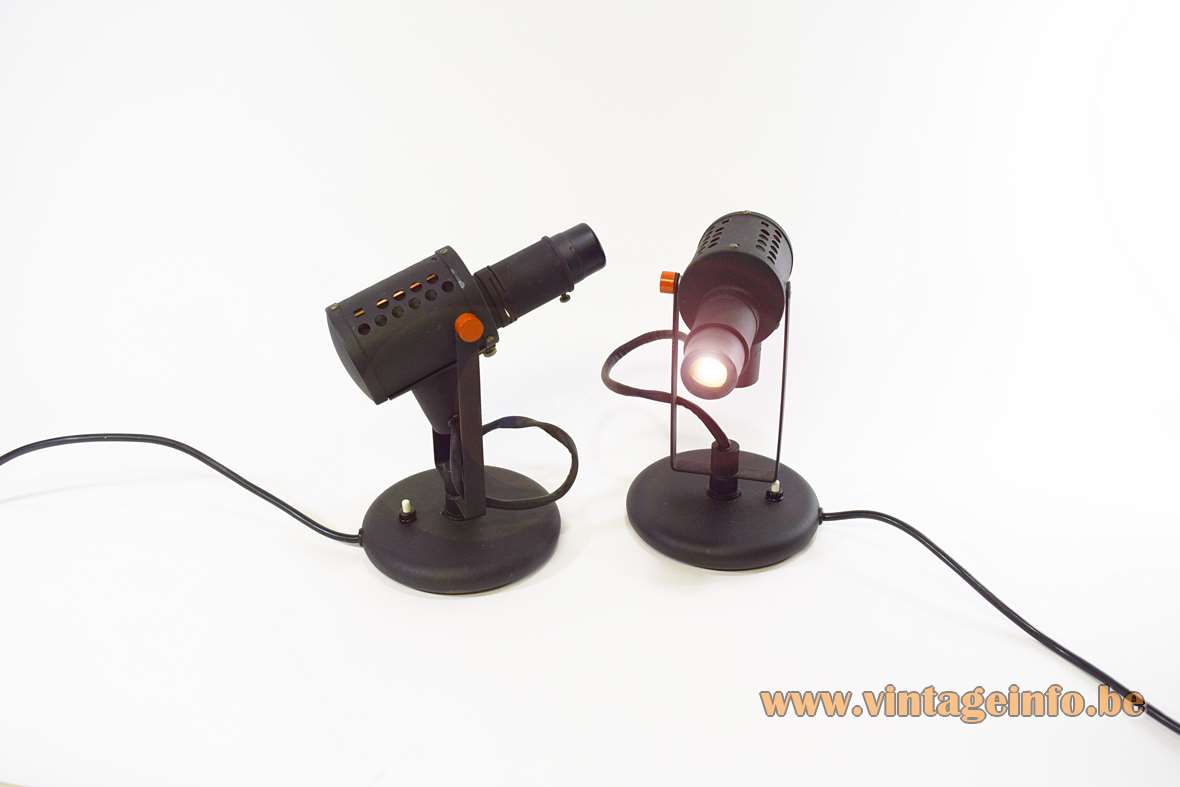 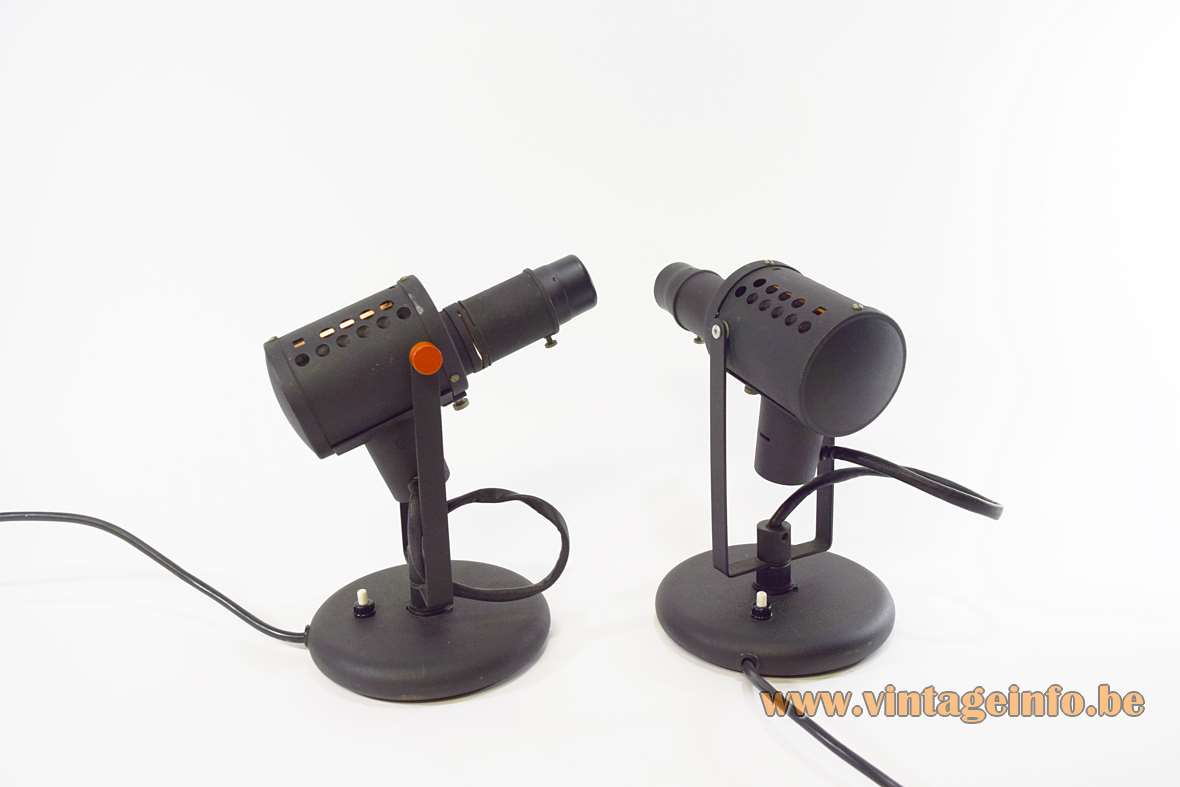 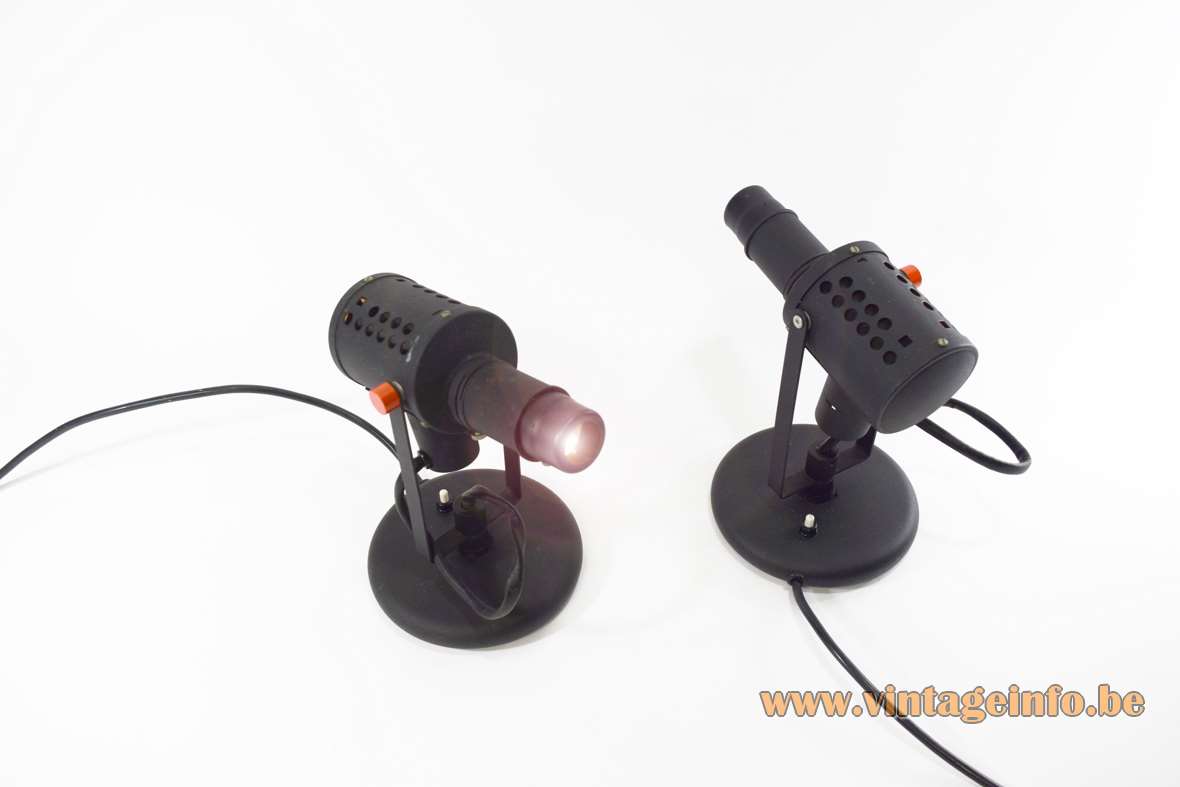 Materials: Round metal base (iron), with a built-in switch. Brass, aluminium & iron parts. All painted in black wrinkle paint. Black plastic lid on the bottom of the base. 2 red plastic buttons. It features an adjustable optic glass lens making it ideal to highlight art work.

Other versions: These Lita projector table lamps exists as a wall lamp. They were made in several varieties.

The names Projelux en Lita were used for a couple of years. Prejelux made several Philips lights for the French market. In 2002 Philips merged with Mazda. The two brands still coexist, but the Philips products are presented in the catalog of Mazda and vice versa. From 2007, products previously sold (and labeled) as Mazda products are now sold and labeled as Philips products.
In 2011, the brand Mazda Eclairage and its website, officially disappears to give place to the brand Philips.

The famous French light designer Jacques Biny (1913 – 1976), designed several lamps for Lita such as the Zodiac wall lamp, also a type of projector lamp. This lamp is often attributed to Jacques Biny, but in all probability it is not.