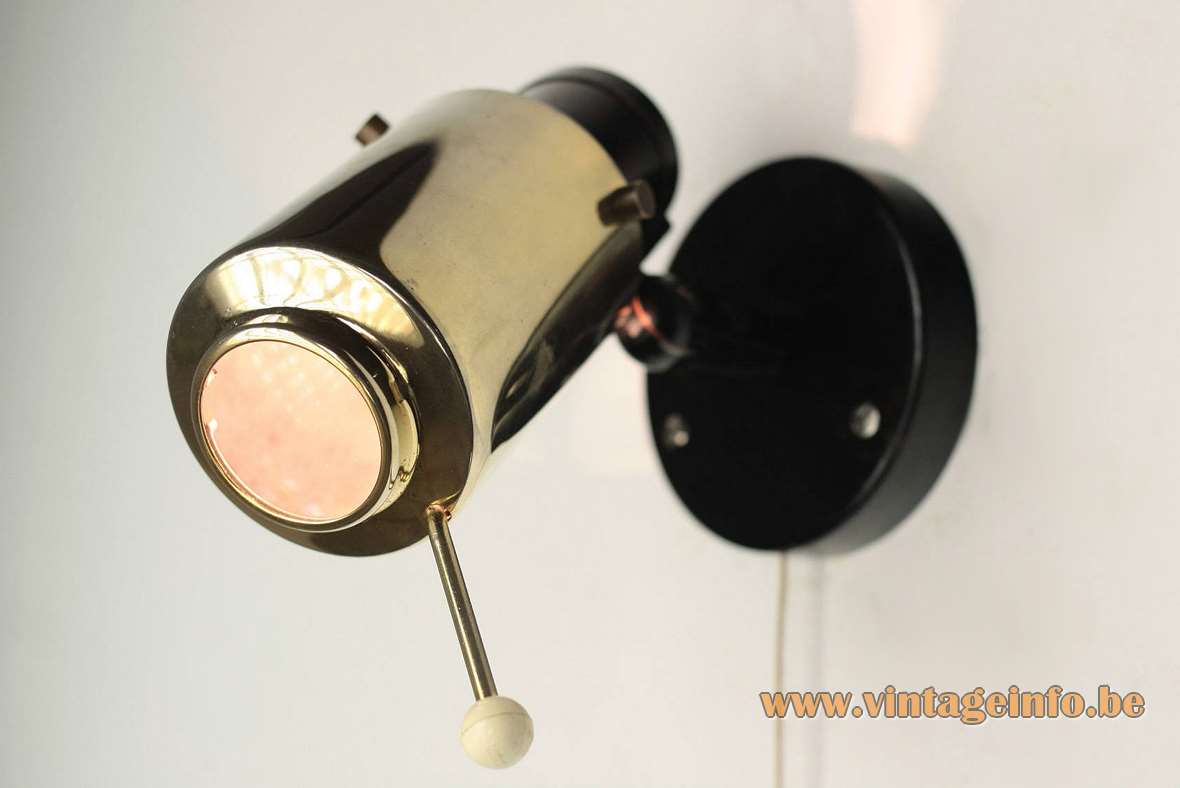 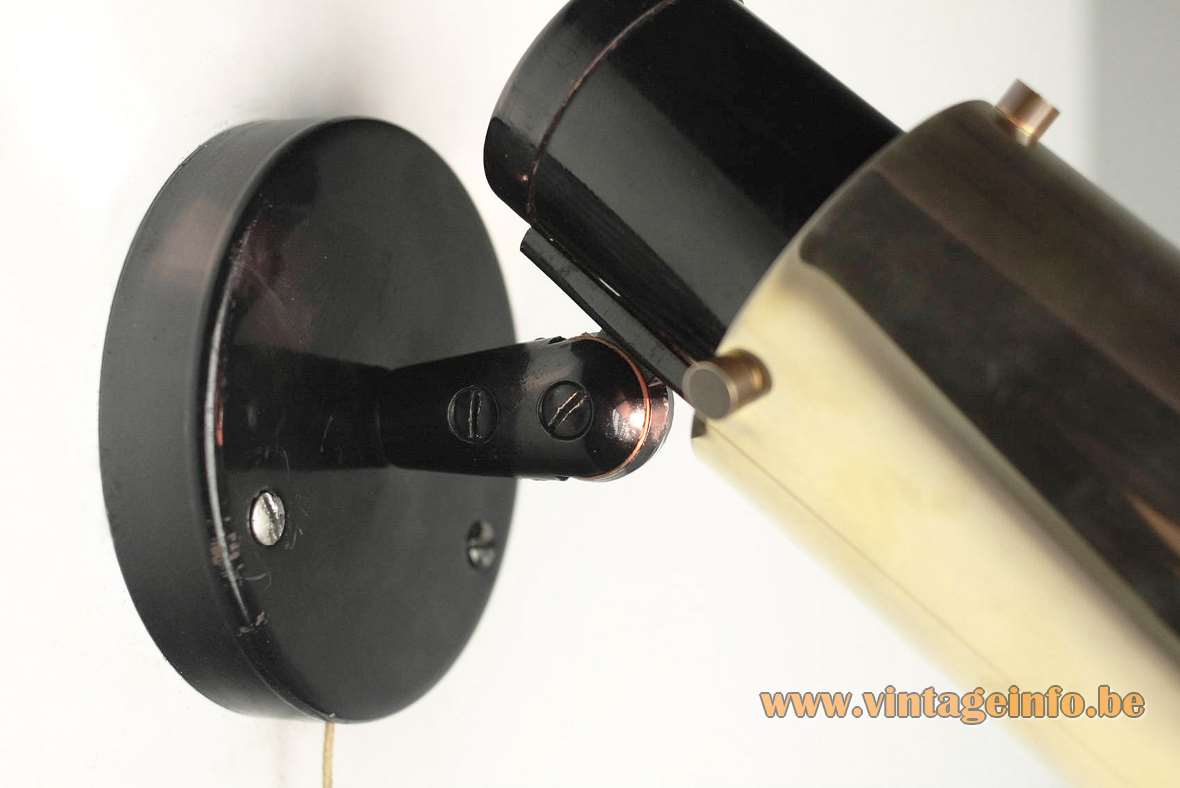 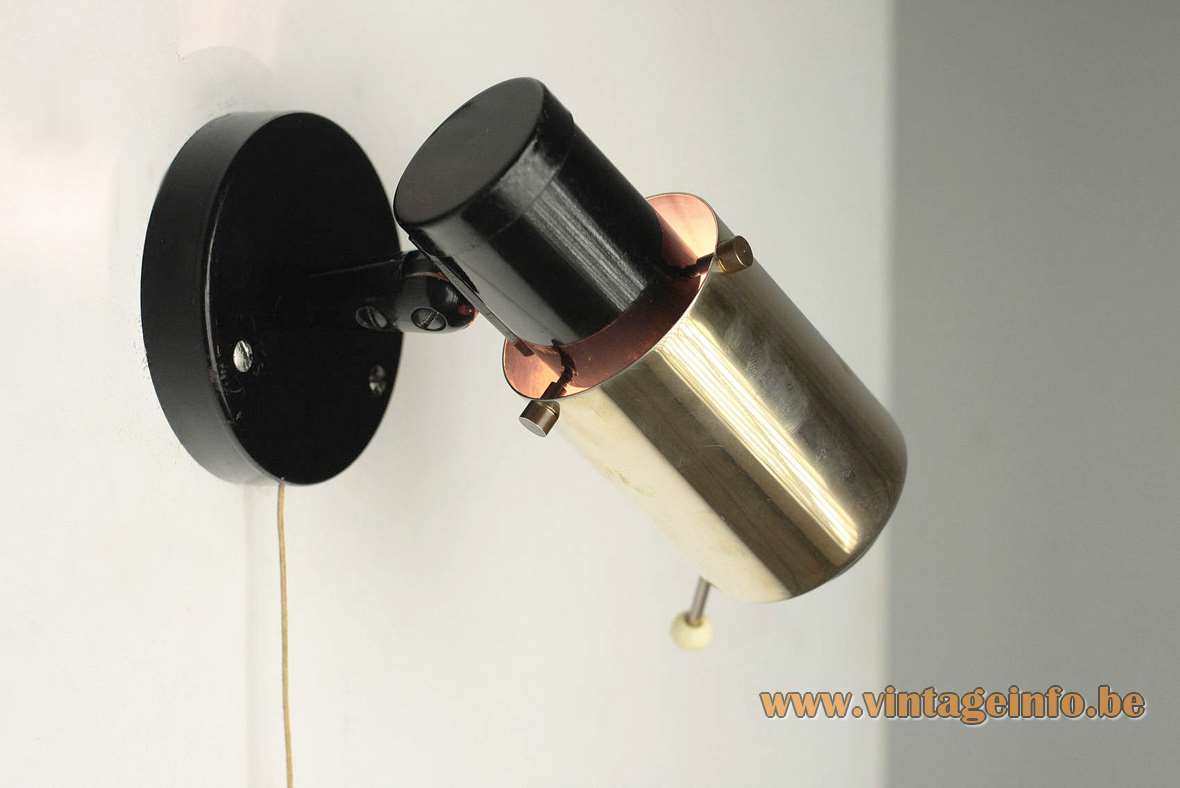 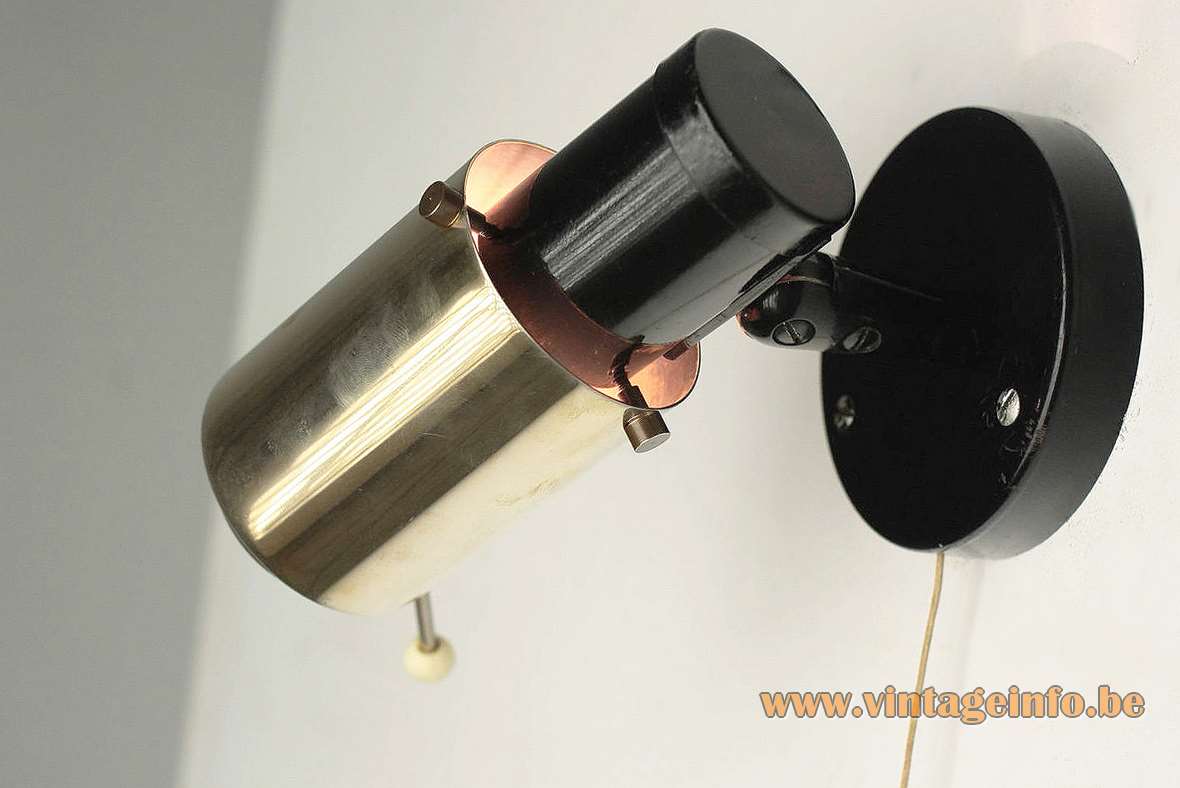 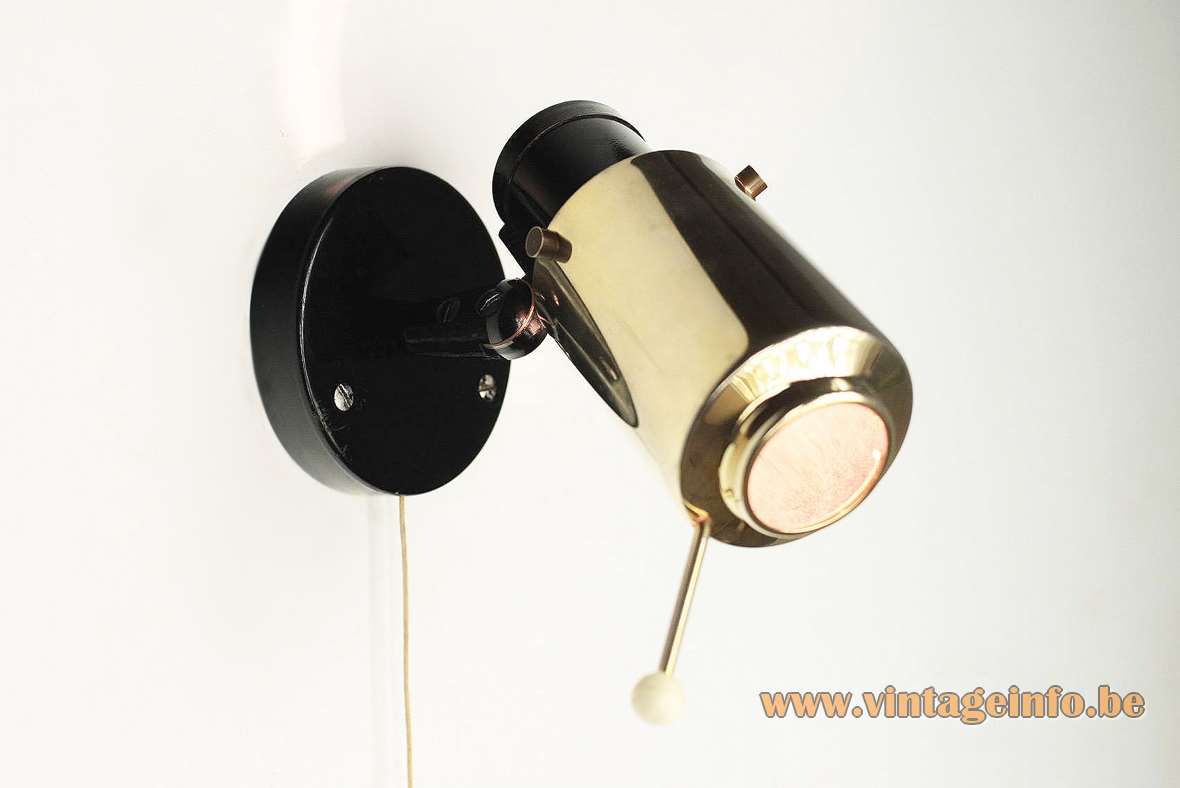 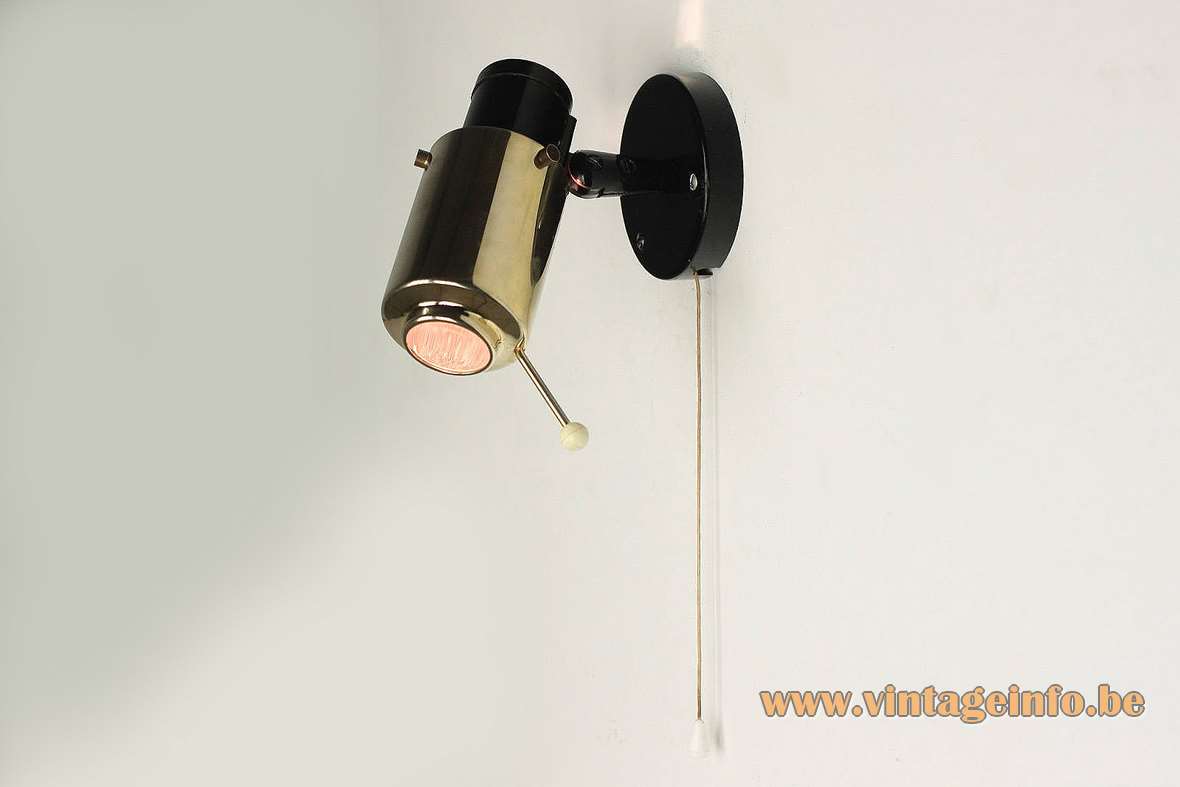 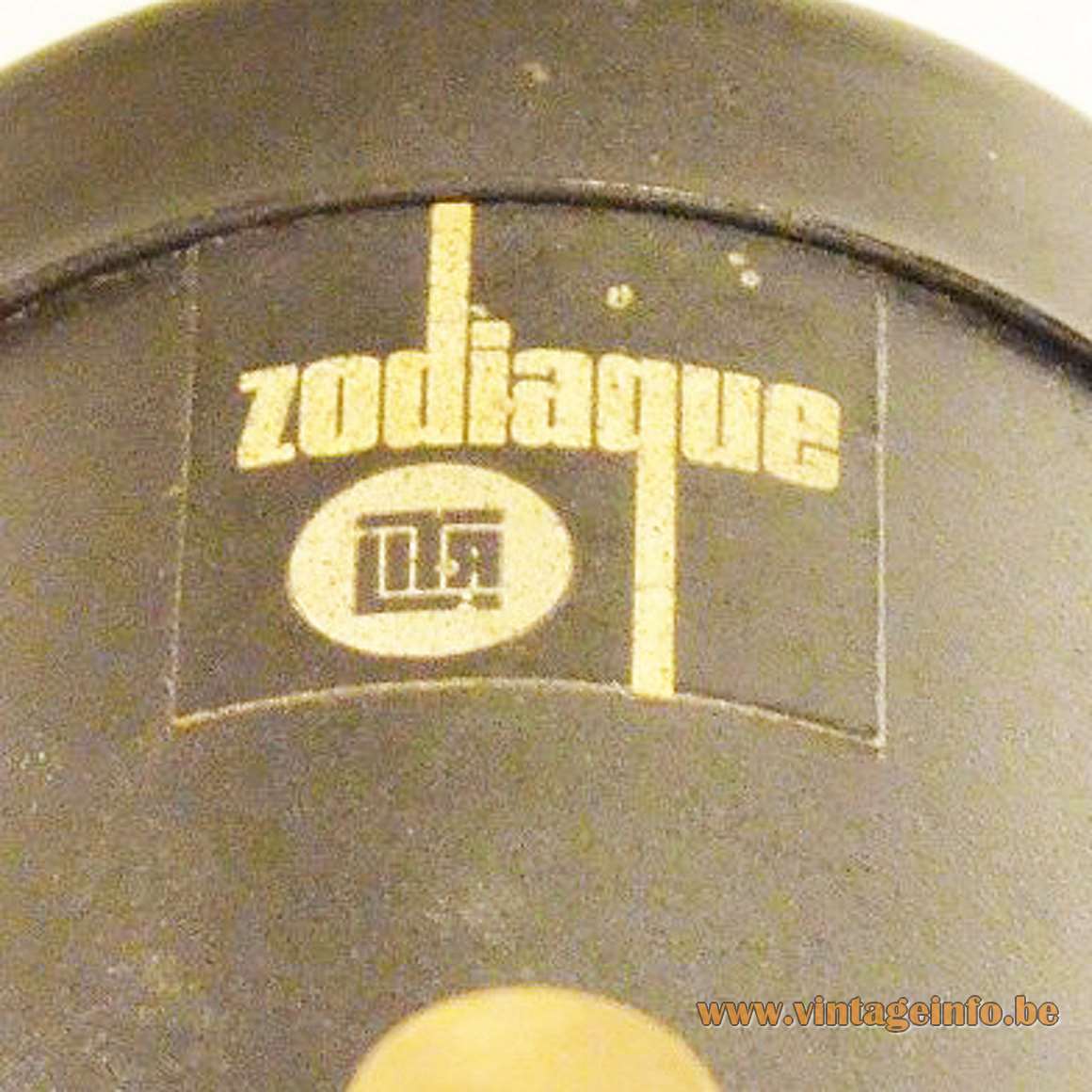 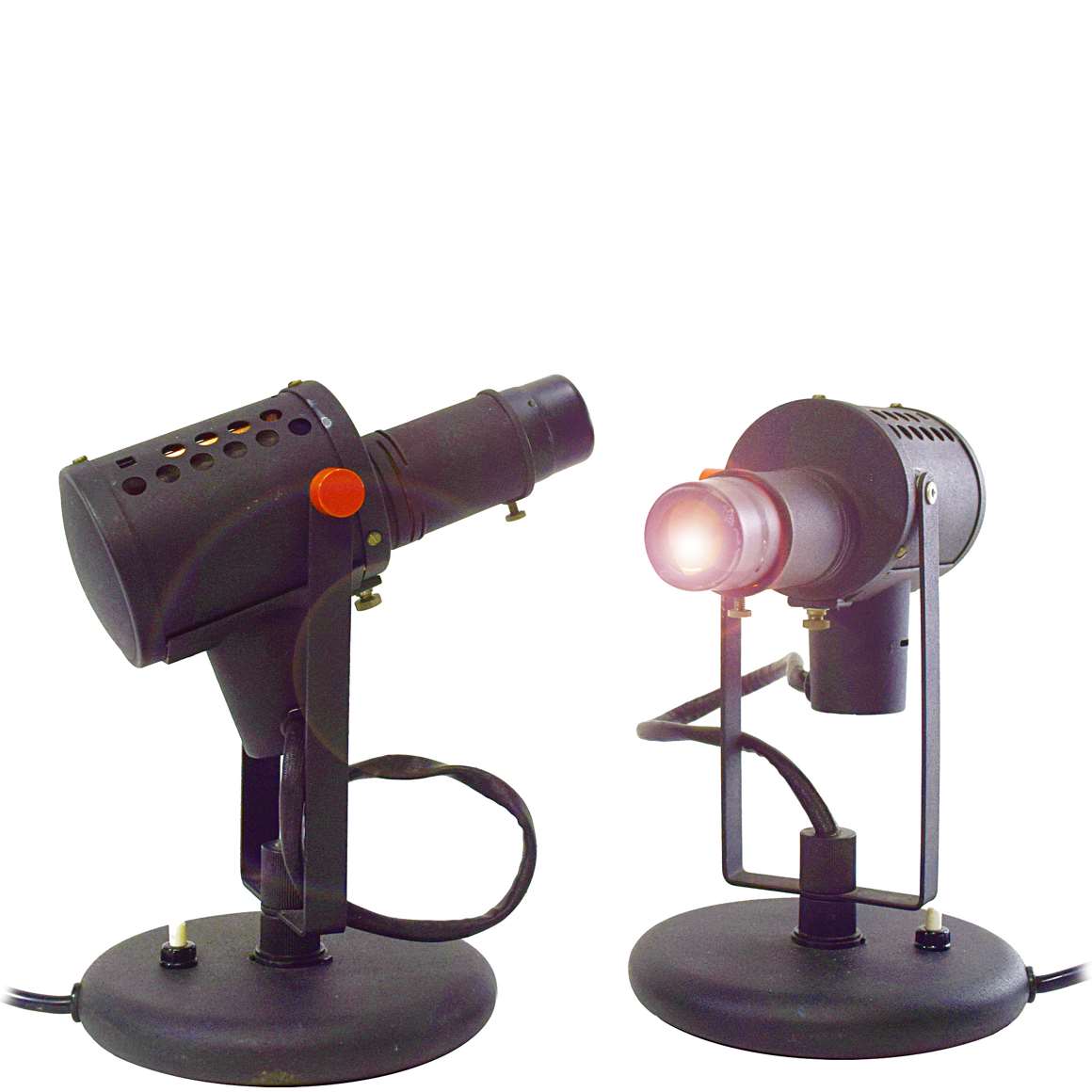 Other versions: This Jacques Biny Lita Zodiaque projector lamp exists in many variations and was made for a long time. Completely black or brass, complete chrome versions, chrome and black. White painted metal lamps. Black adjustment knob. Made with a short and long rod. With or whiteout pull cord switch. Clamp spot versions and so on. This picture wall lamp is model 6131 code L363.

Lita produced several projector lamps, as you can see. You can find another example over here on Vintageinfo.

Jacques Biny (1913-1976) was a French industrial designer, interior designer and producer of lamps. He designed lamps from the 1950s through the 1970s.

Jacques Biny was born in Valence, a city along the banks of the Rhône, in between Lyon and Avignon. At the age of 19 he began his studies at the École Nationale Supérieure des Arts Décoratifs (National School of Decorative Arts) in Paris.

After graduating, he returned to his hometown and started designing light fixtures for the plastering company Decoration Architecturale.

Jacques Biny returned to Paris in 1950 and started designing lights for Omnialux, but after a couple of years he started is own business, more out of frustration because his work didn’t sell good. In 1953 he founded his own lighting company called Luminalité.

His studio was located at Rue de la Folie Régnault in the 11th district in Paris, where he not only manufactured his designs, but allowed contemporary modernist designers to do the same. The most famous of them were Jean Boris Lacroix, Michel Buffet, Louis Baillon and Gustave Gauthier.

Not only he designed lighting for his own company, but also several lamps for Lita.

In the 1960s, Biny was appointed lighting designer for large-scale projects for cinemas, hotels, administrative offices and even the shipyards of Saint Nazaire on the Atlantic Ocean in France.

Biny owned his company Luminalité until his death in 1976.

The names Projelux en Lita were used for a couple of years. Prejelux made several Philips lights for the French market. In 2002 Philips merged with Mazda. The two brands still coexist, but the Philips products are presented in the catalog of Mazda and vice versa. From 2007, products previously sold (and labeled) as Mazda products are now sold and labeled as Philips products.
In 2011, the brand Mazda Eclairage and its website, officially disappears to give place to the brand Philips.

The name Mazda was for the first time used in the United States in 1909 by General Electric. At that time the light bulbs were not standardized, a problem for customers whereby each lamp holder or each appliance corresponded to a precise type or lamp brand.  General Electric therefore had the idea of creating a standard to which any company could adhere. Light bulbs manufactured from the specifications of this standard were marketed as Mazda lamps. Around 1920, many American companies, including General Electric and Westinghouse used the name Mazda to market their lamps.

Jacques Biny on Wikipedia (in French)