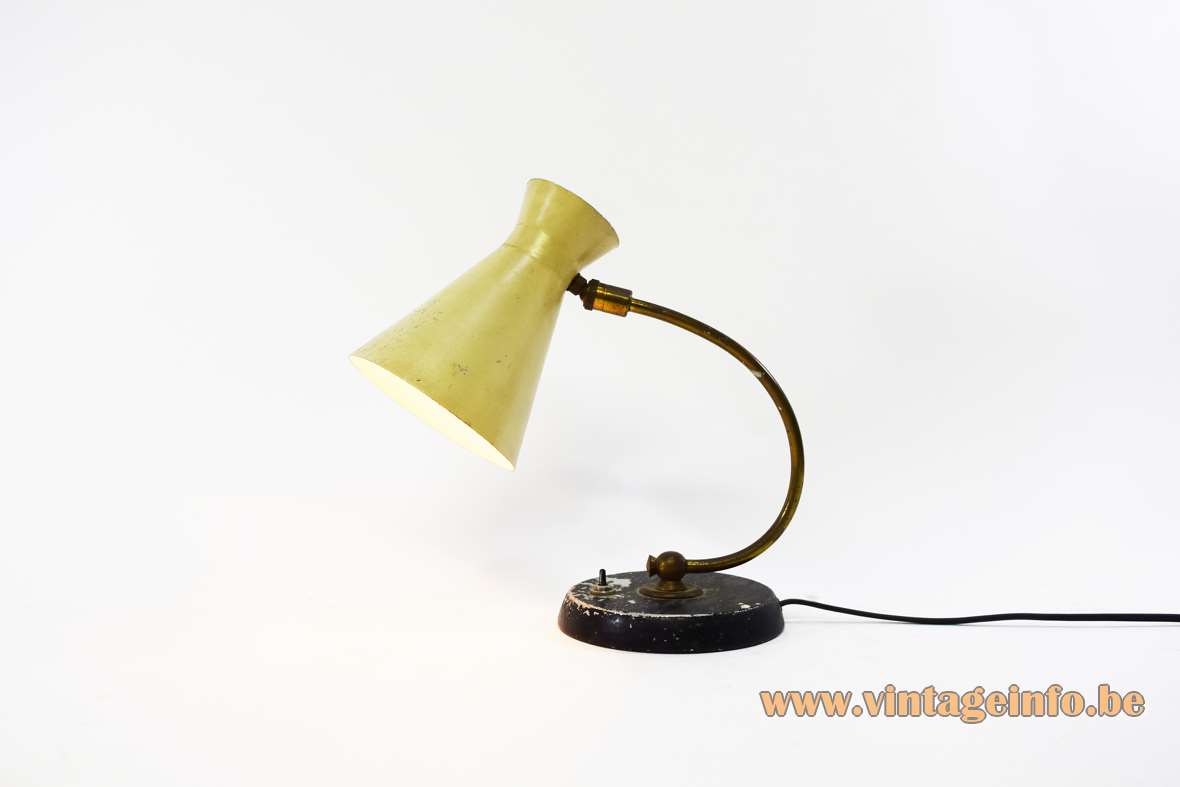 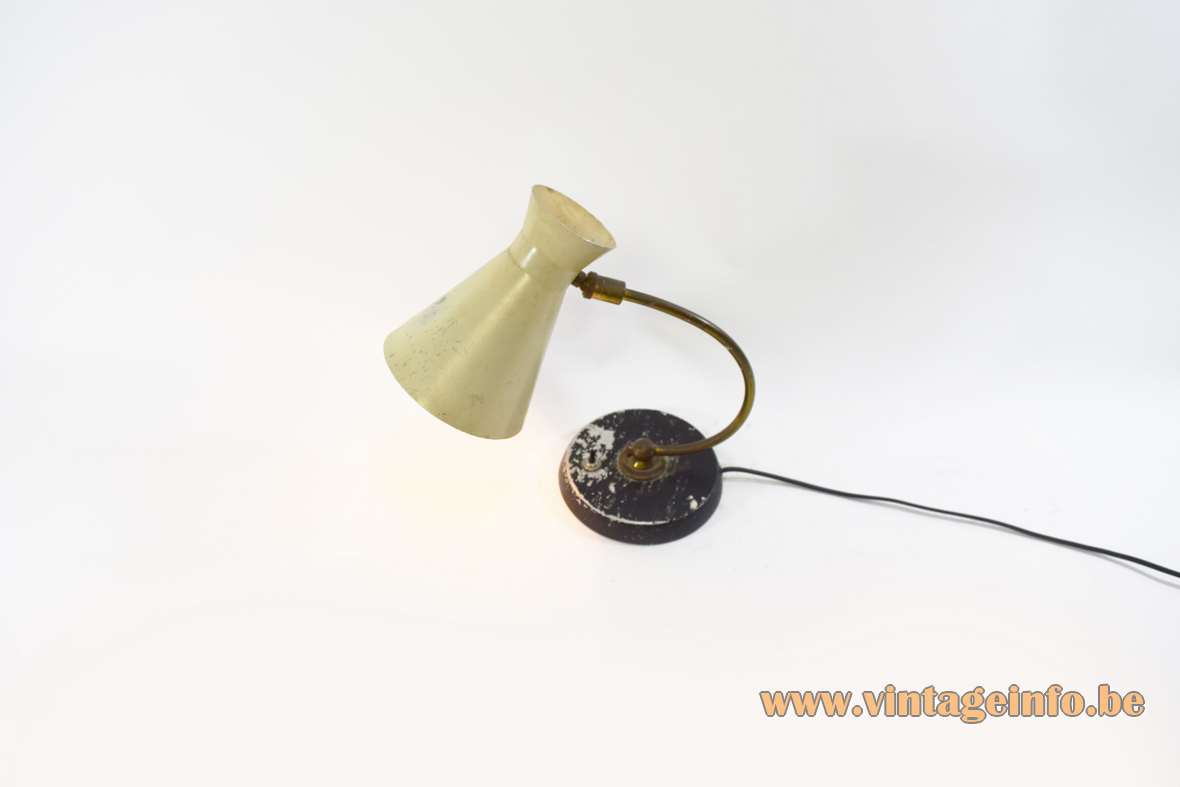 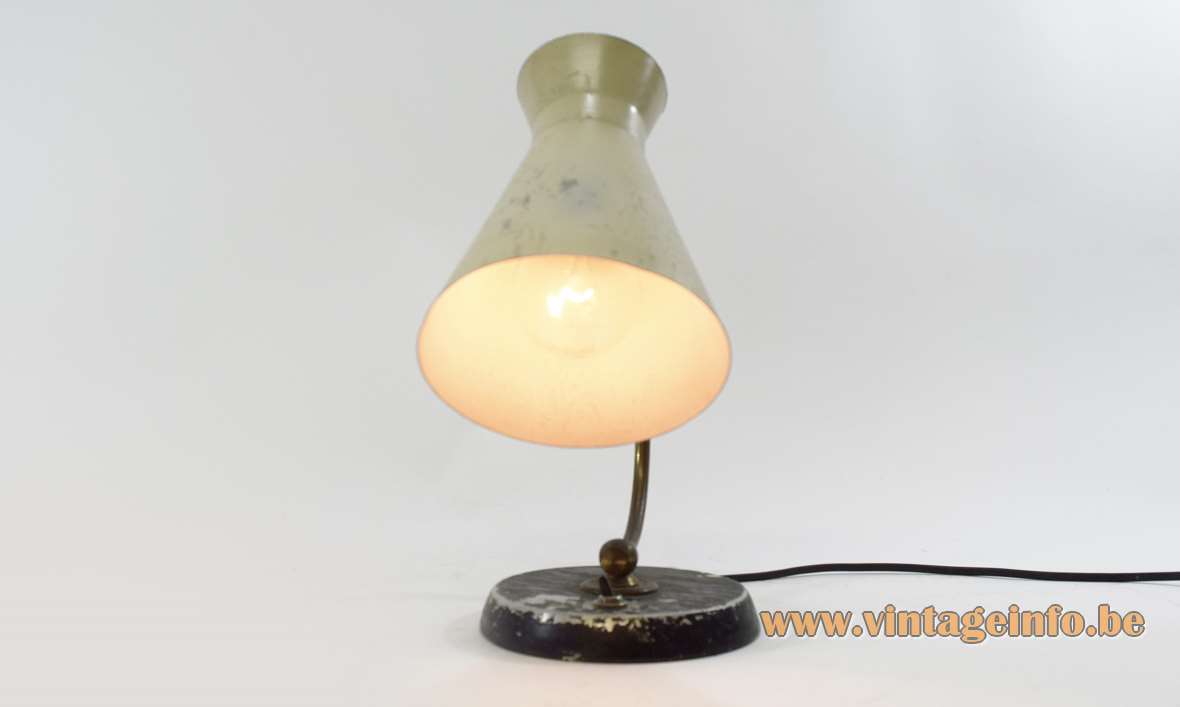 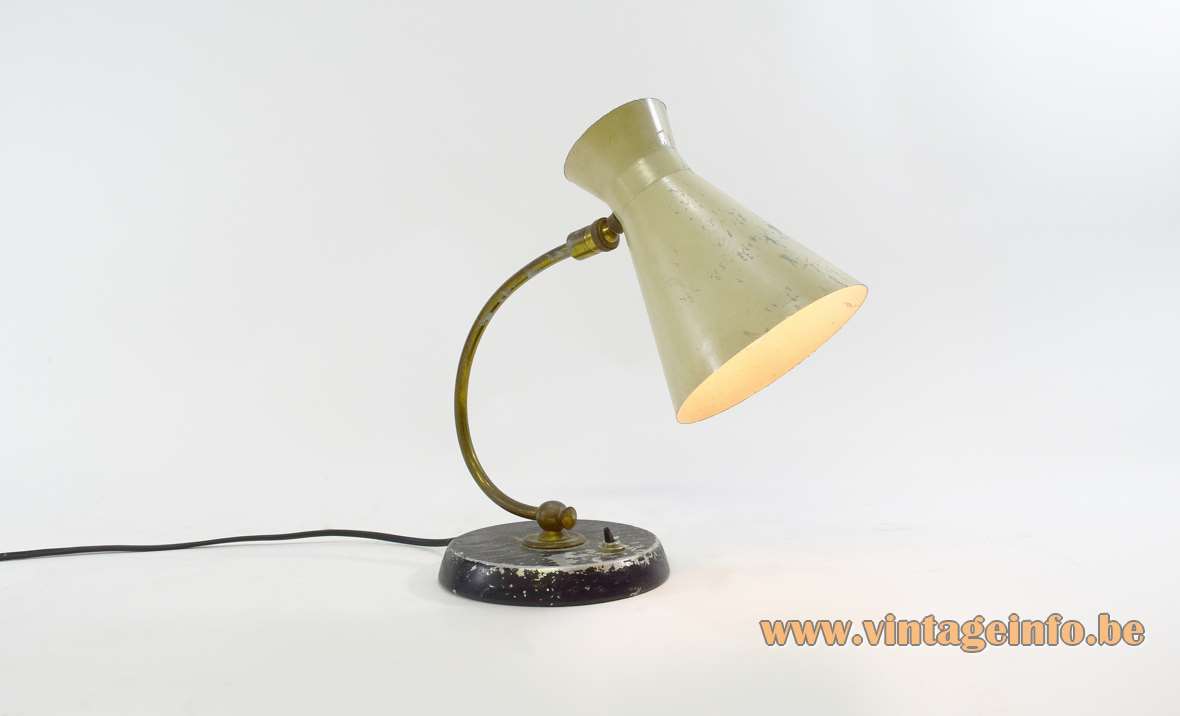 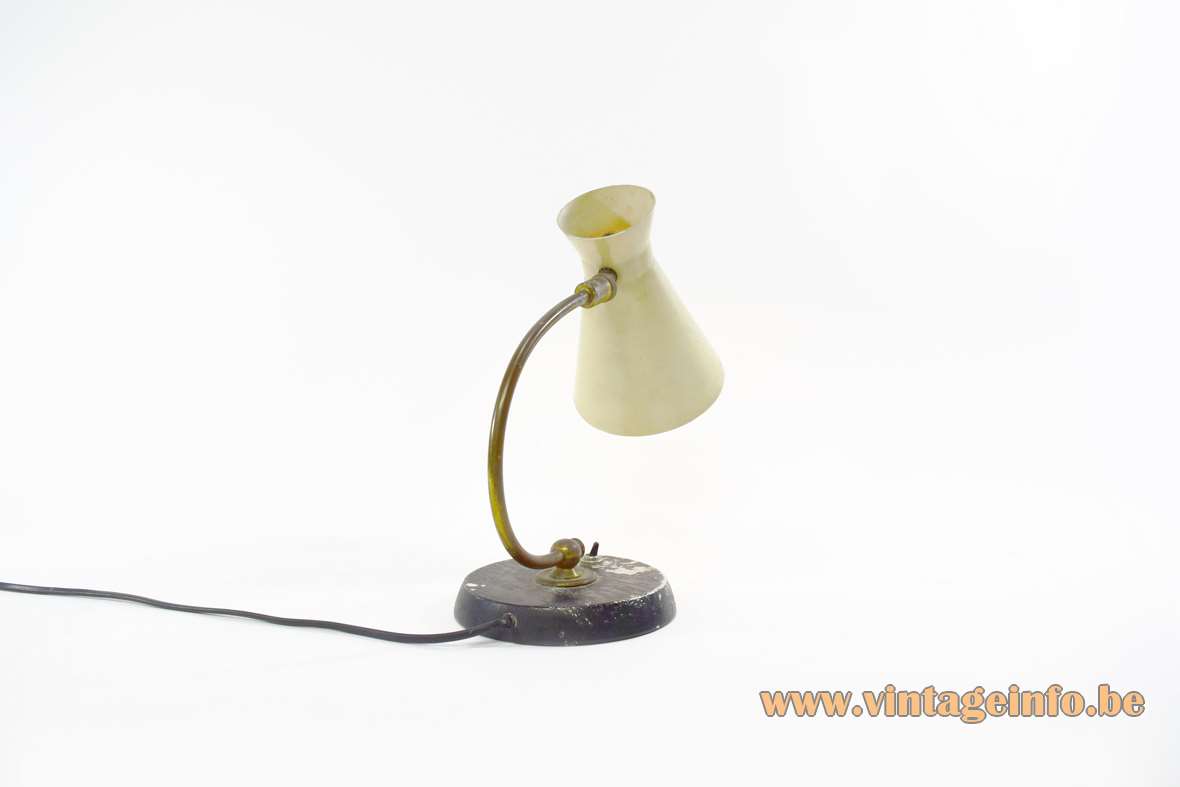 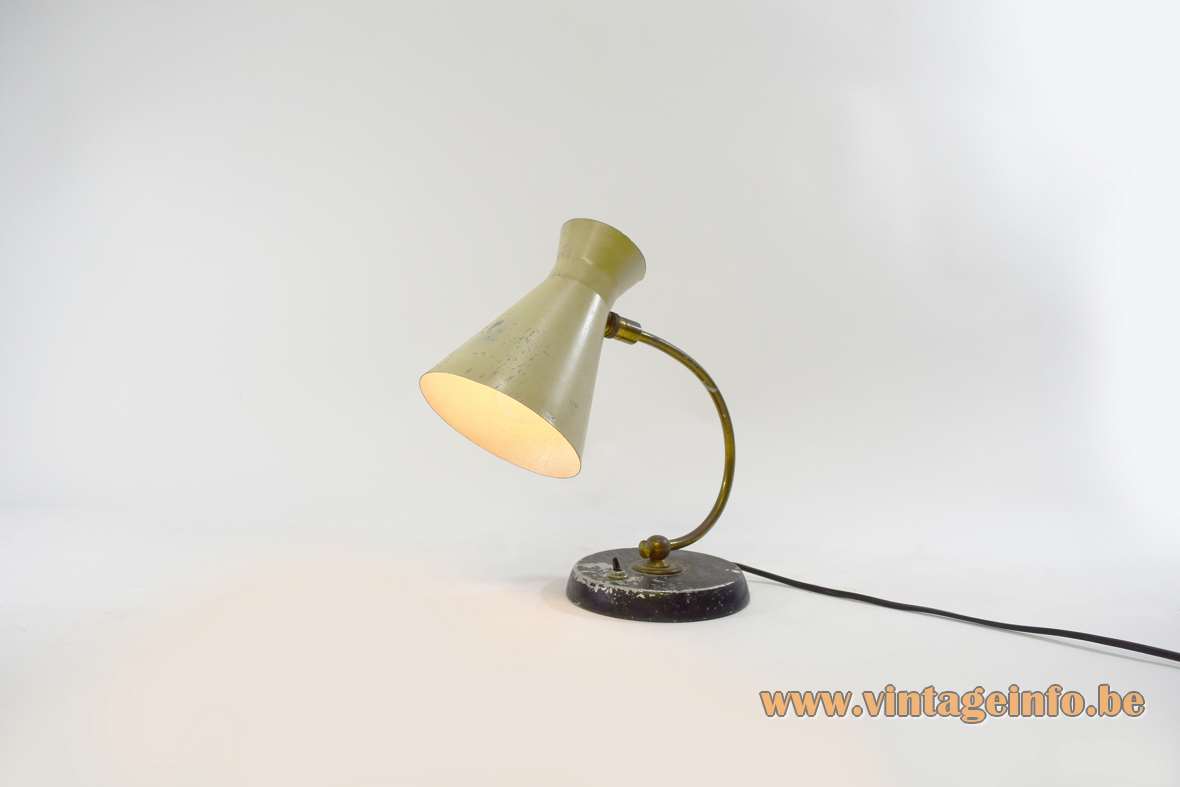 Label found on a desk lamp with the same lampshade 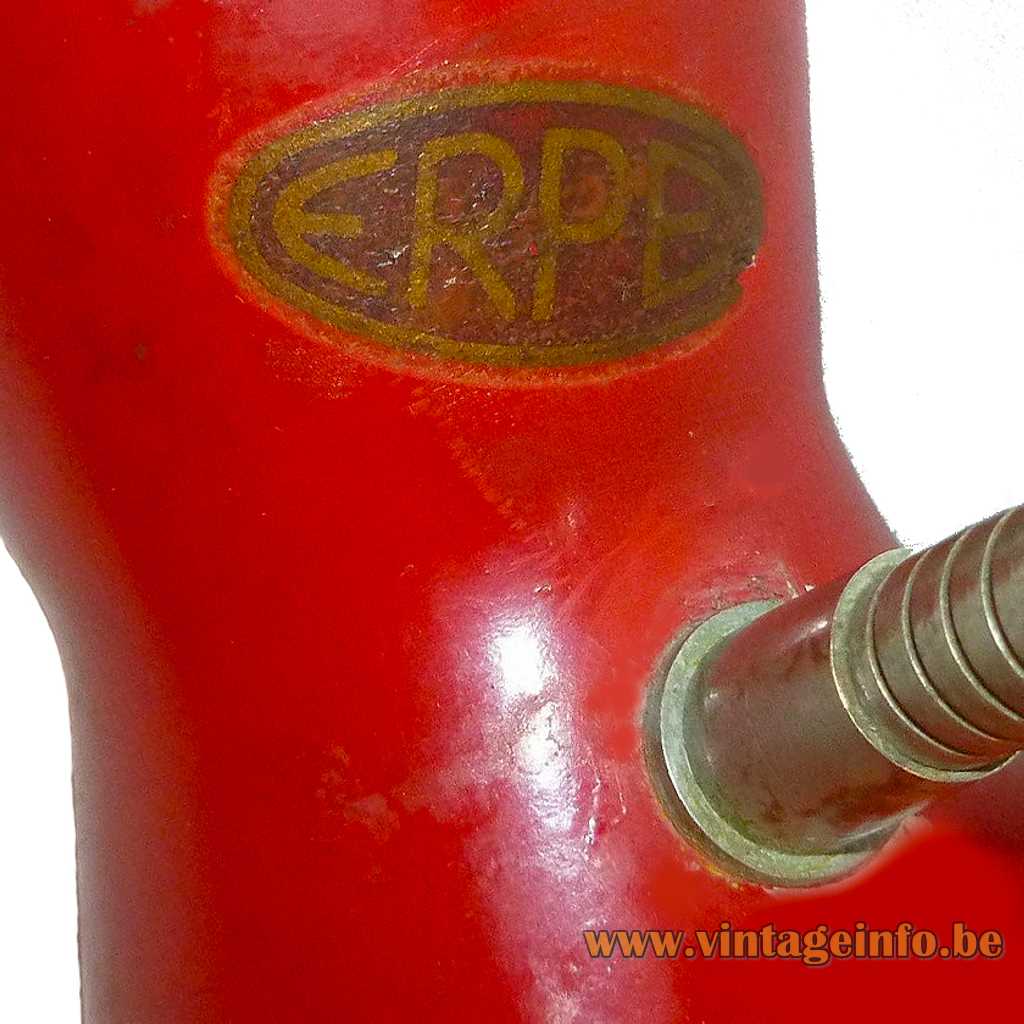 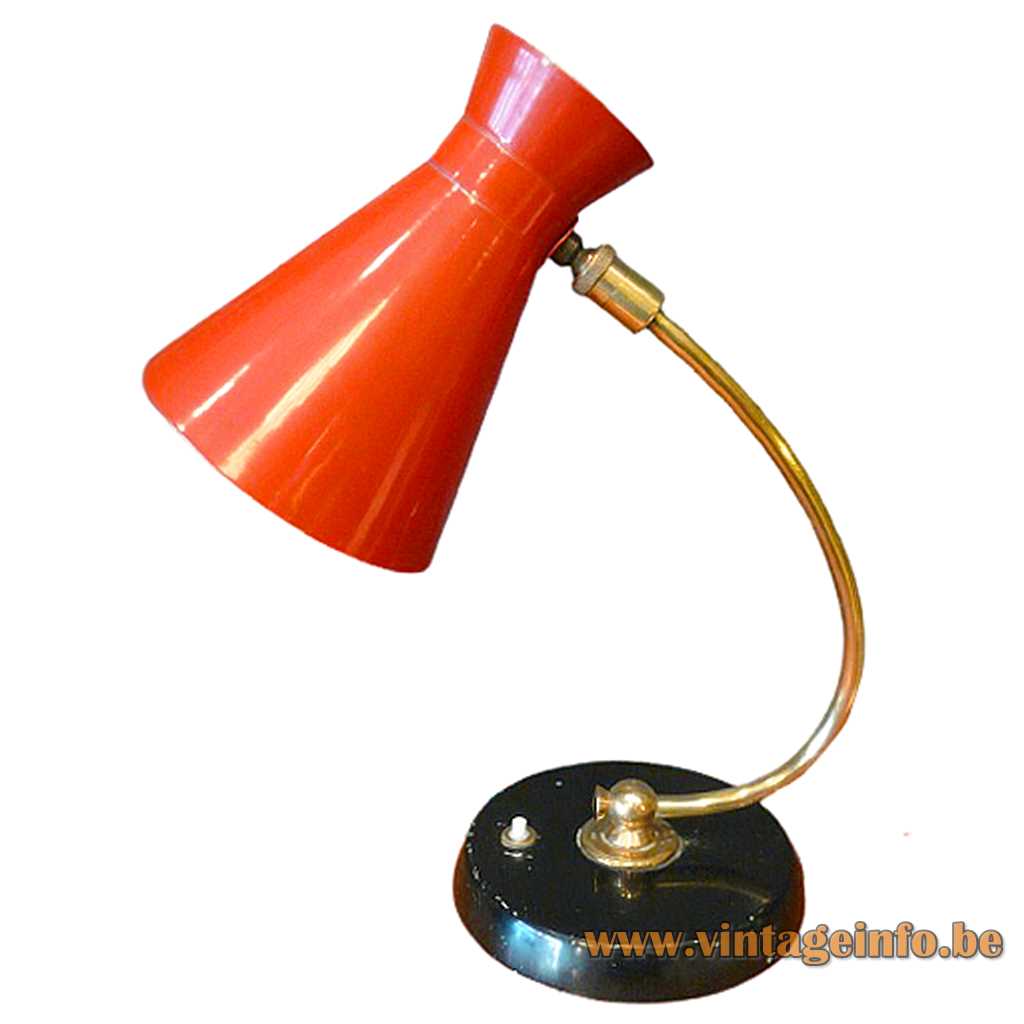 Materials: Black painted round aluminium base with a built-in switch. Curved brass rod and brass knee-joint. Some iron and brass parts. Vanilla-cream painted aluminium diabolo lampshade, painted white on the inside. Brass B22 socket.

Most of the time these diabolo lamps are without a label. Fortunately, I came across one in 2020 with the exact same lampshade and with the Erpé label, as you can see. 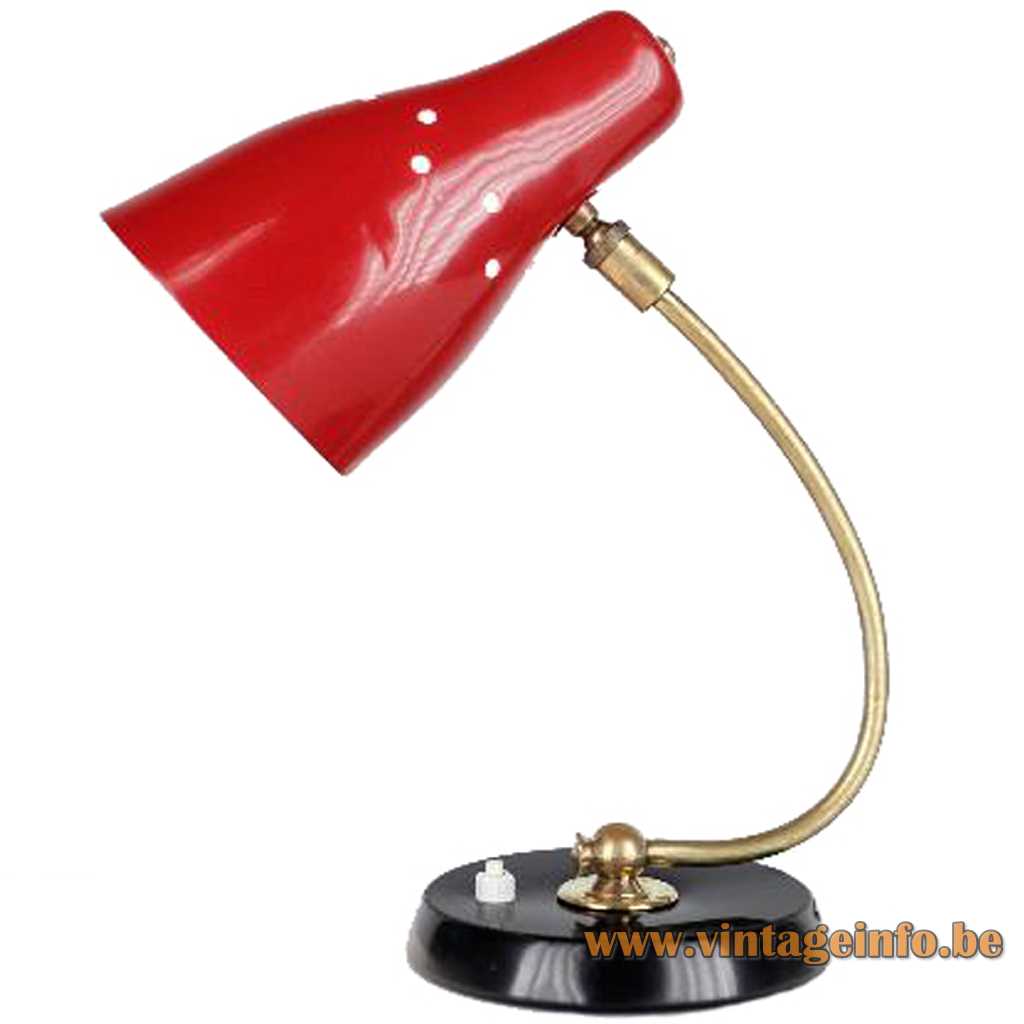 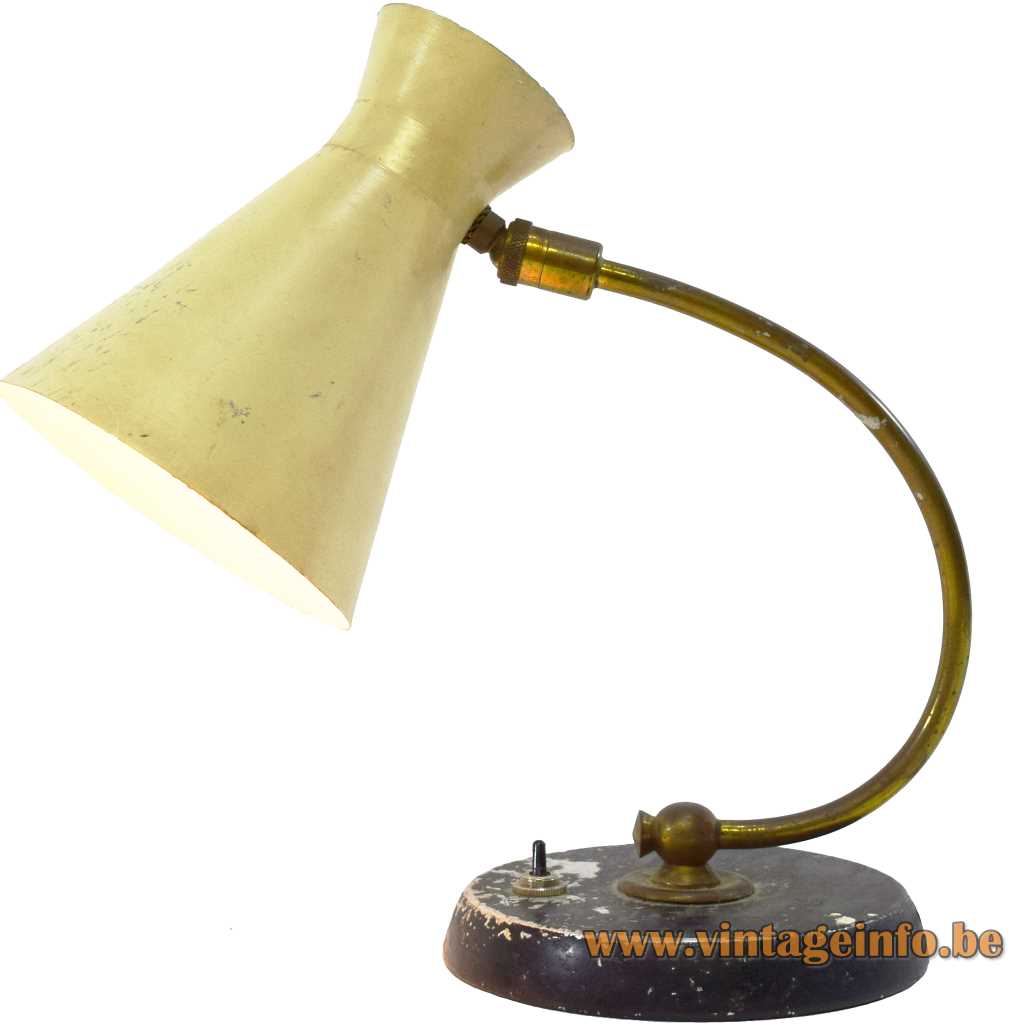 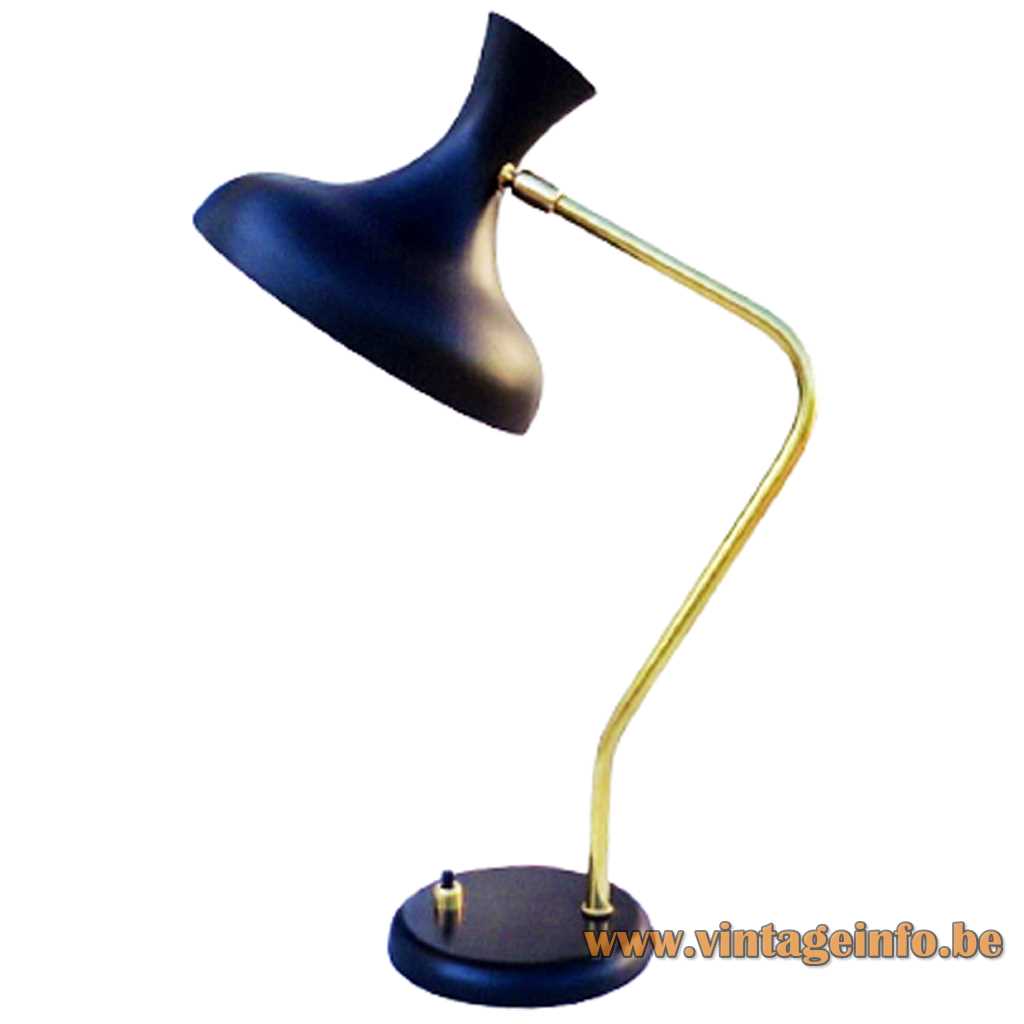 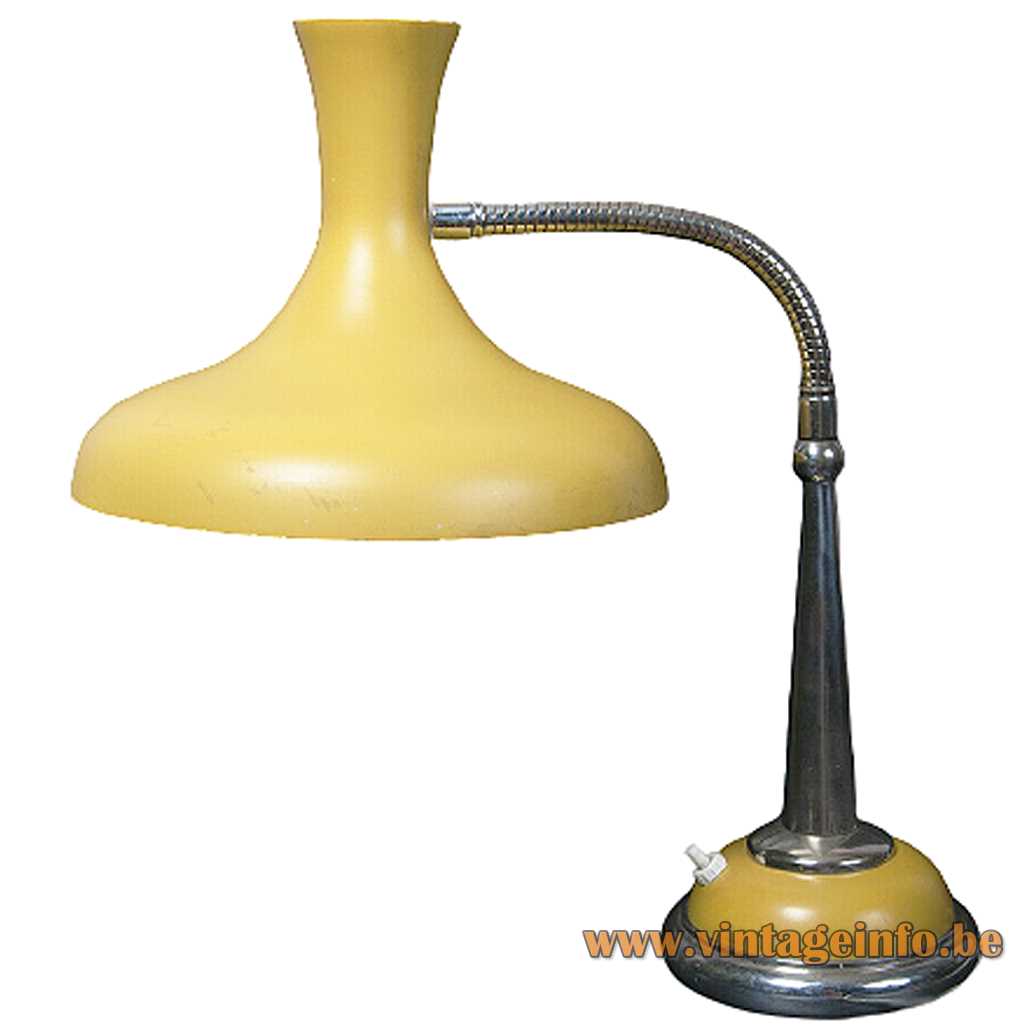