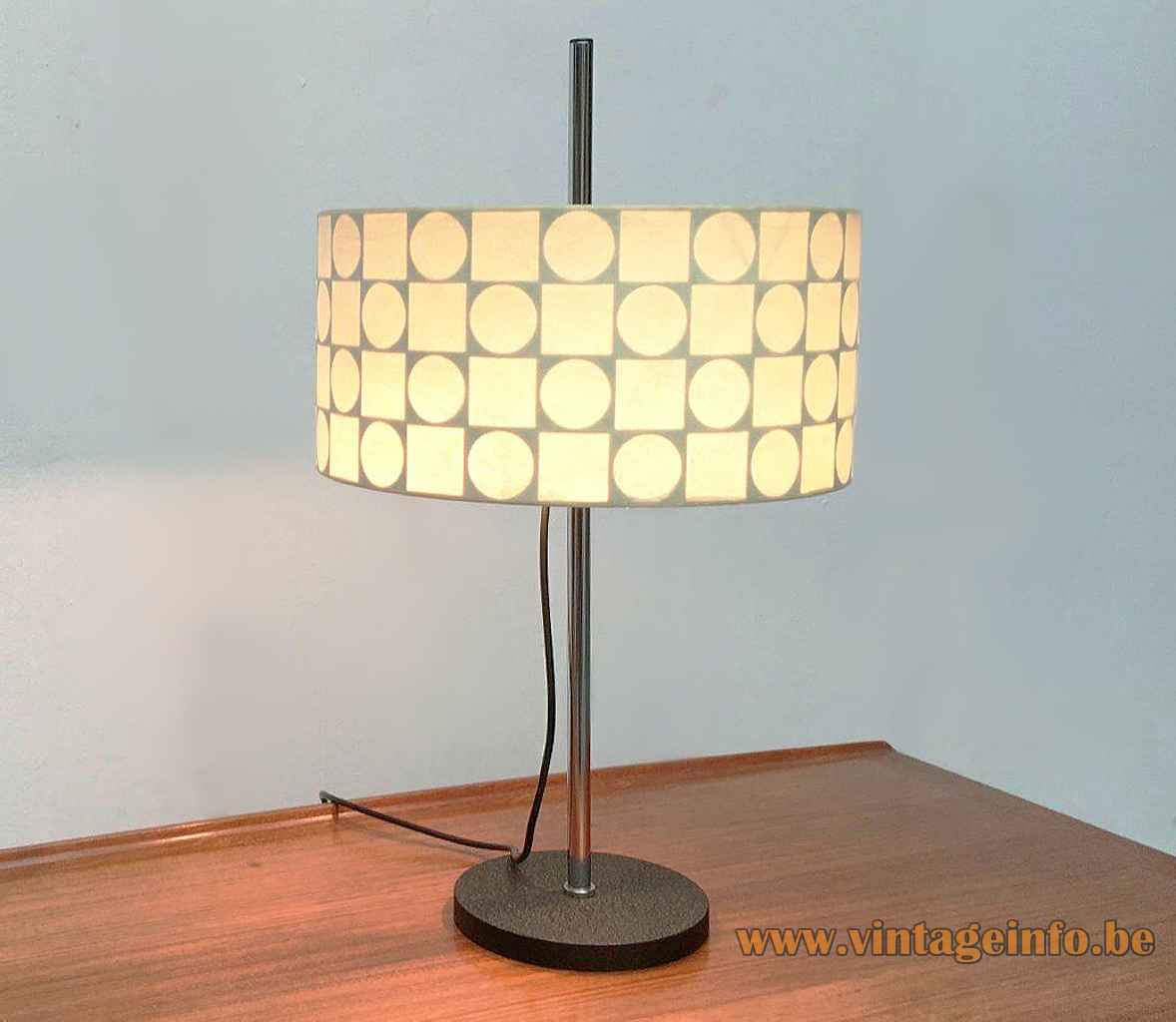 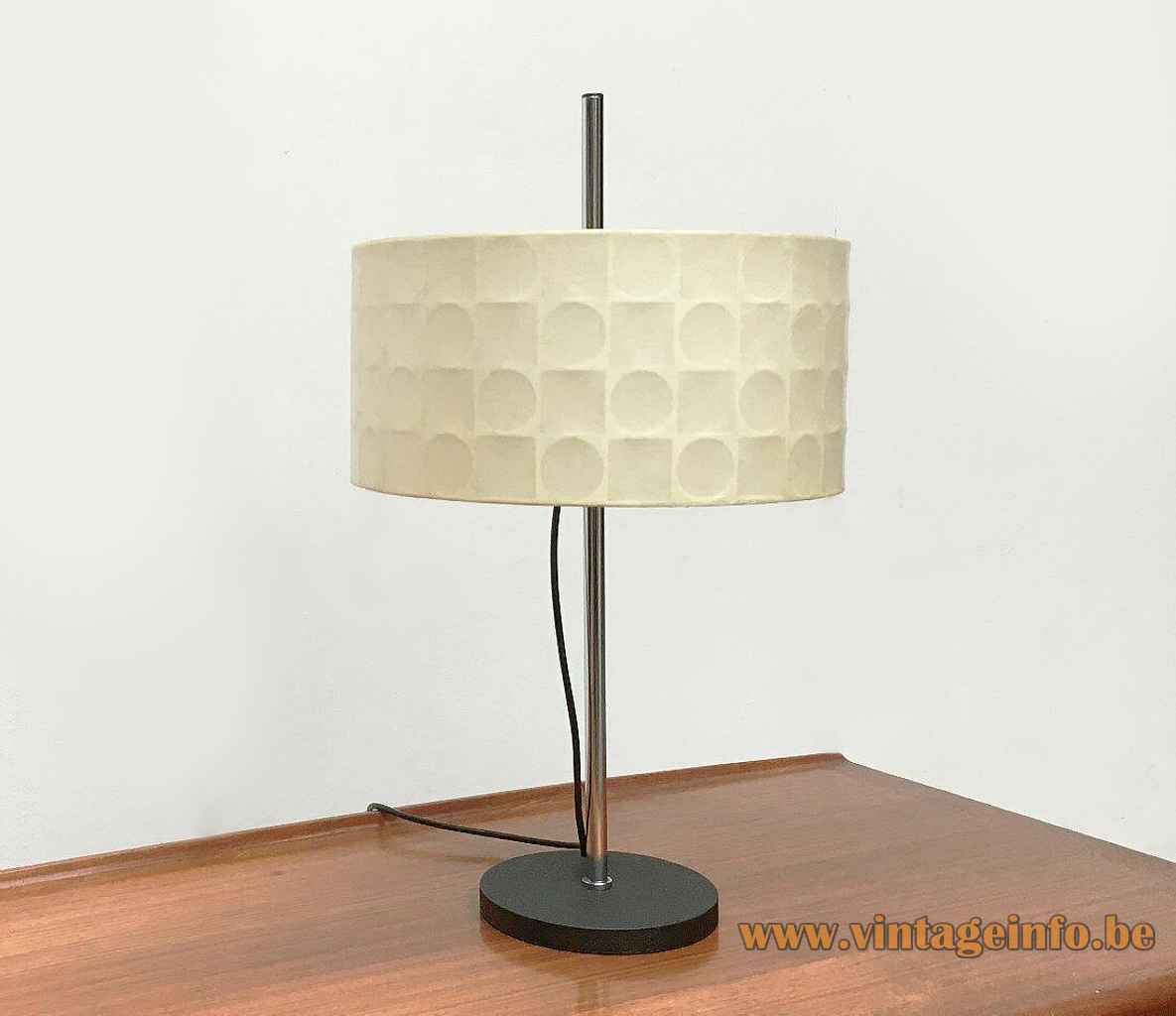 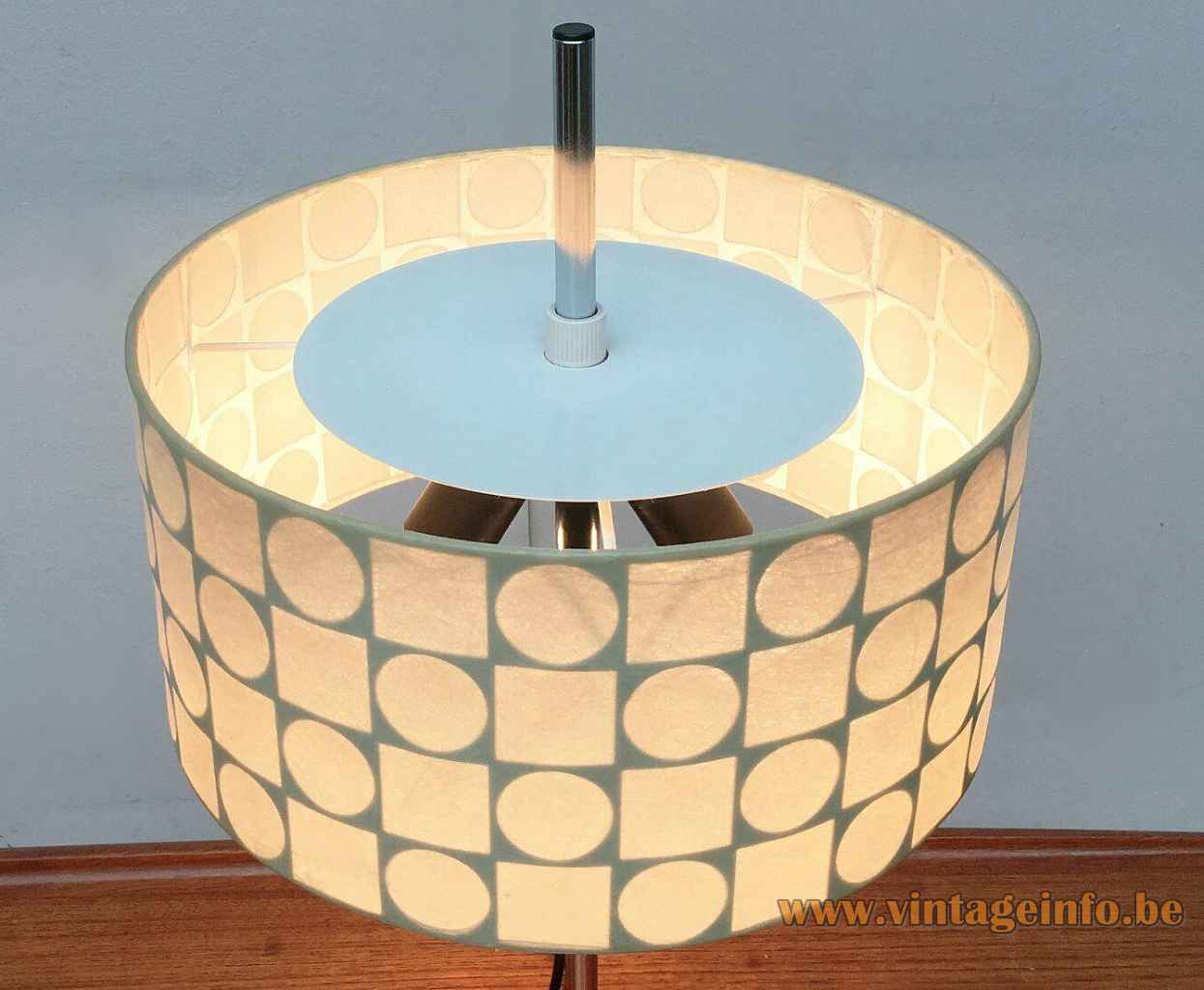 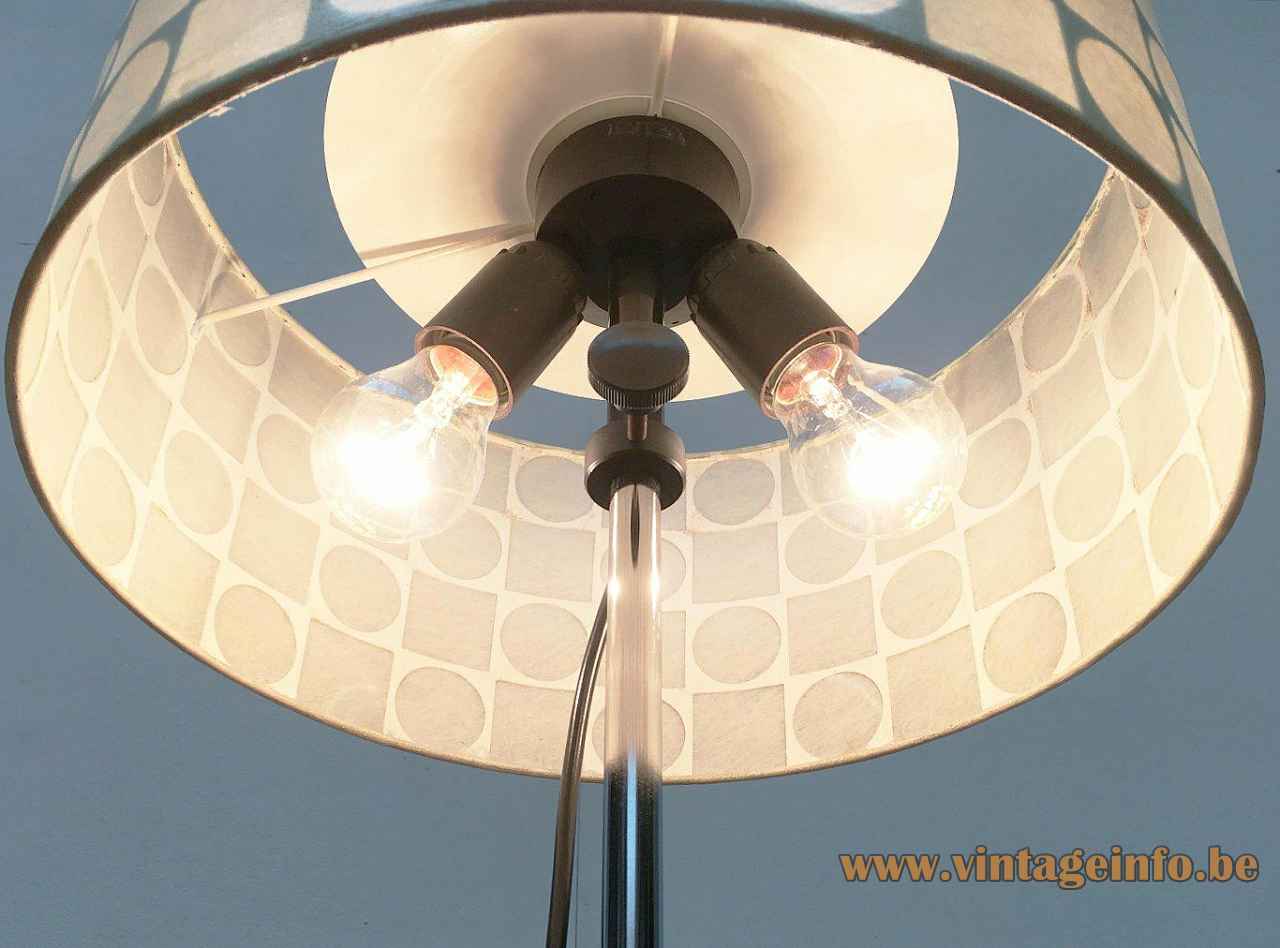 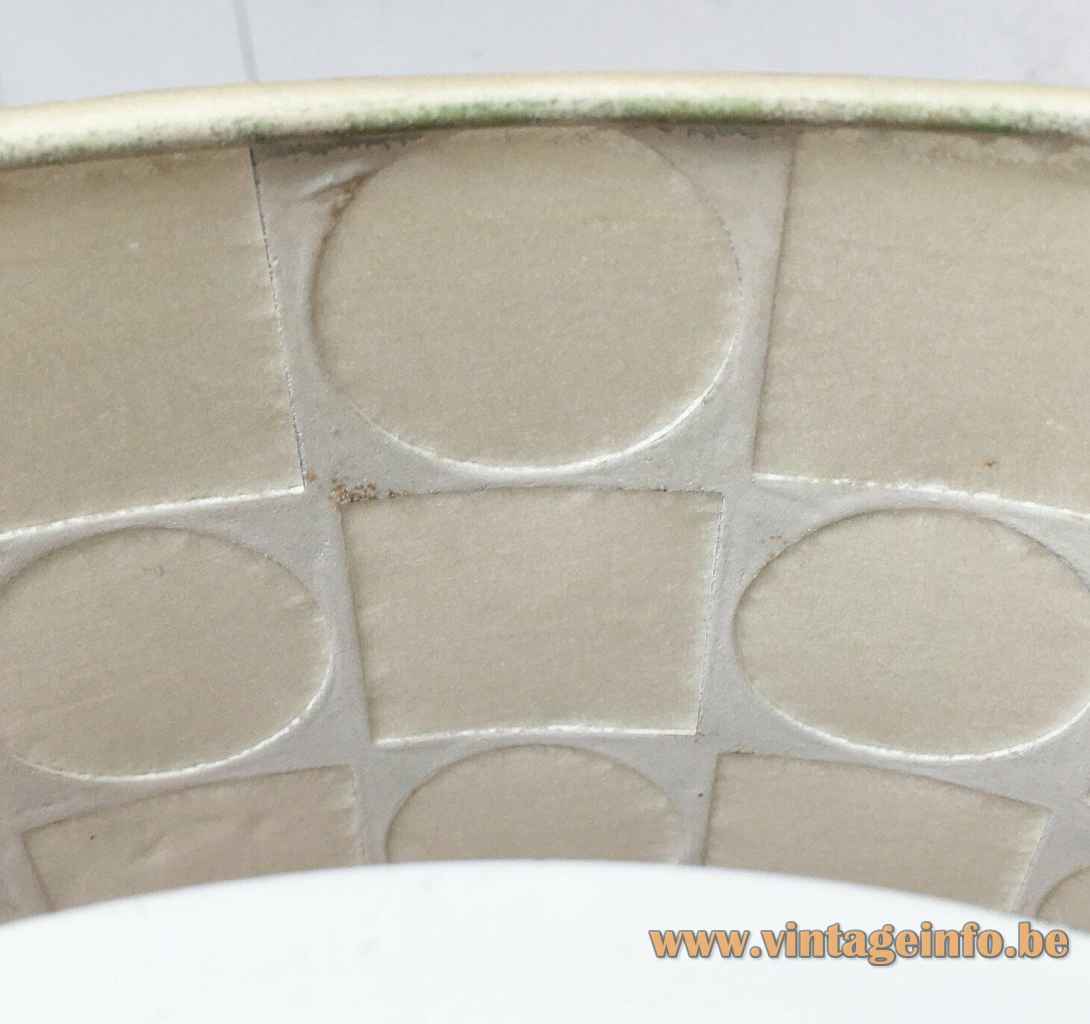 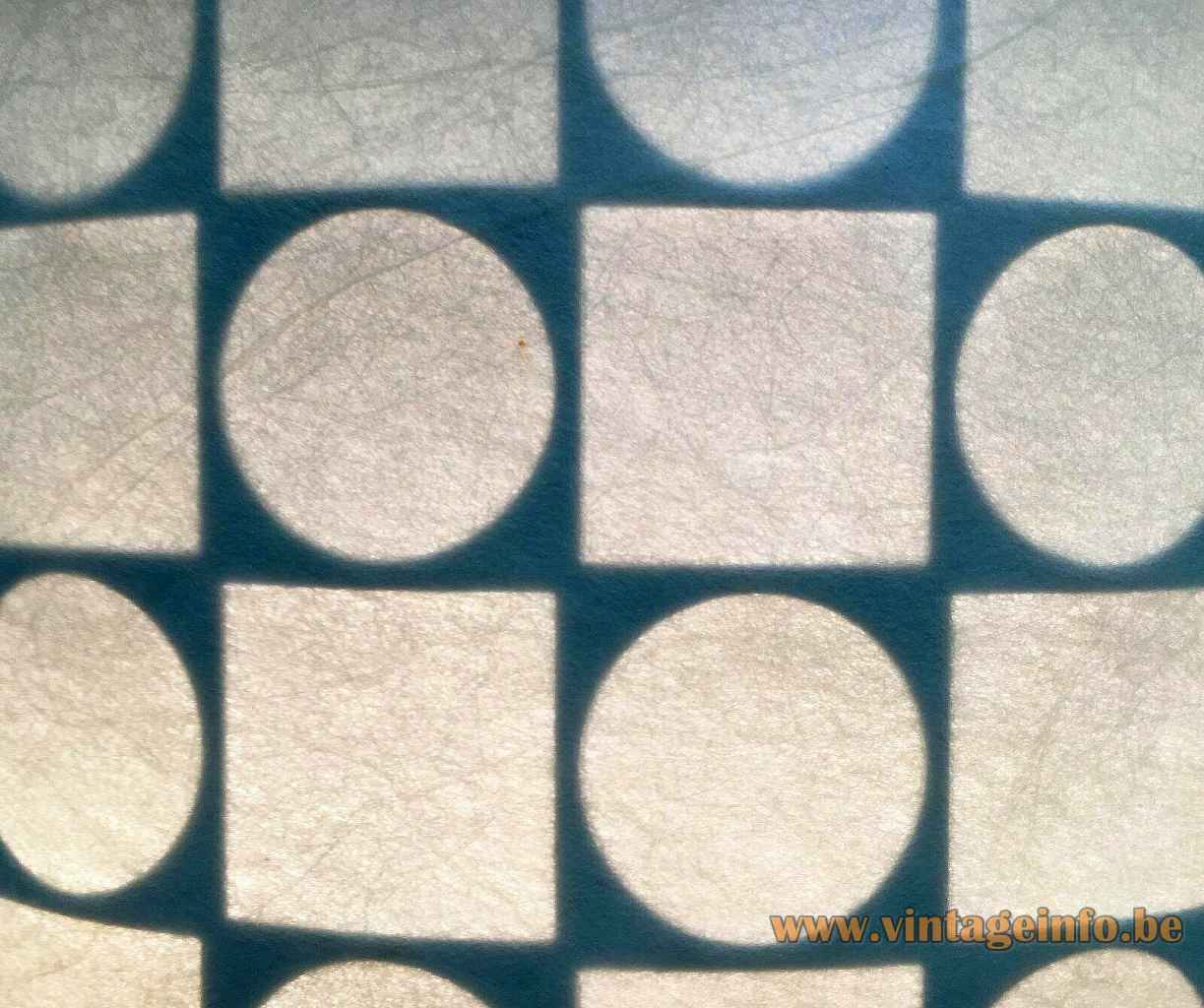 Other versions: This 1960s Goldkant Leuchten table lamp exists in several variations. Also floor lamps were made. The geometric design of the lampshade was used for many other lamps. At least a floor lamp version with this lampshade was also sold by the Dutch company Raak.

Fritz “Friedel” Wauer is credited by FLOS for devising the technology of spraying the material onto iron frames, was inspired by the “self-wrapping” of a silk worm, hence the naming “cocoon”.

Several examples of Cocoon lamps can be found on Vintageinfo.

Cocoon lamps in the FLOS Catalogue