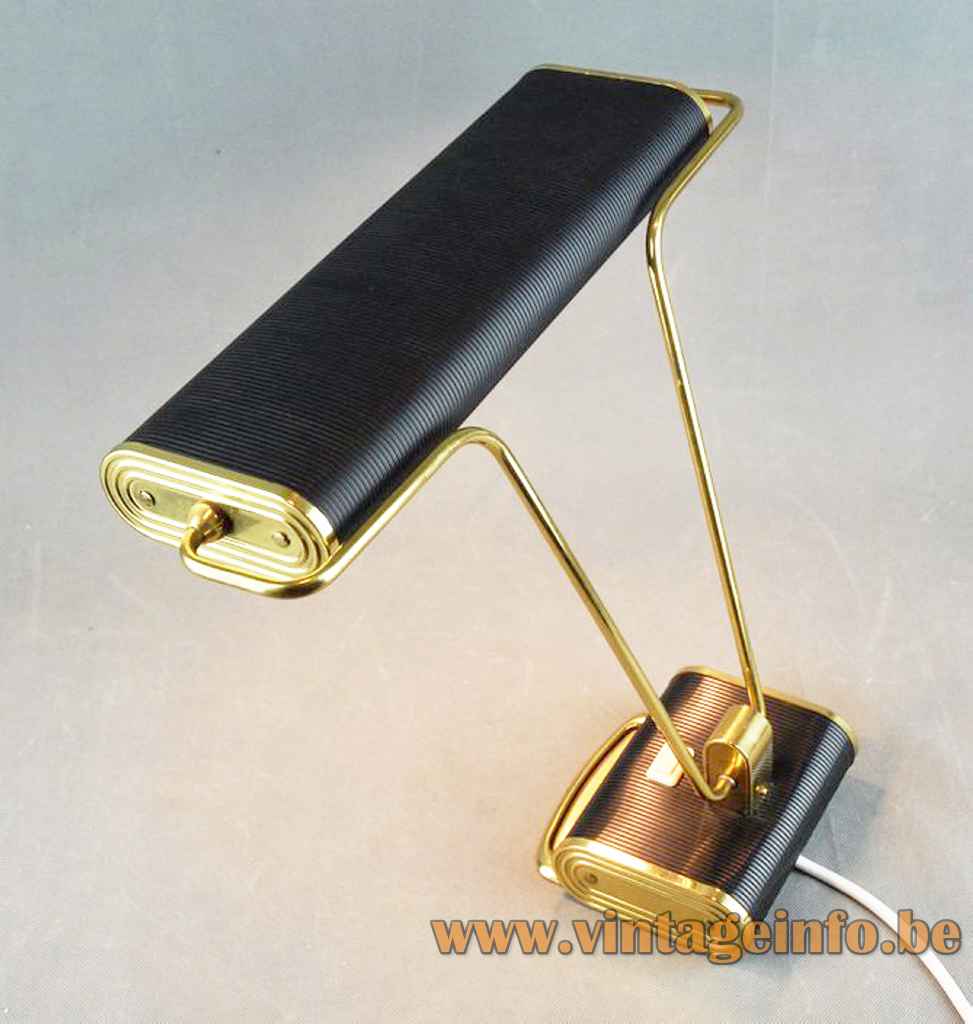 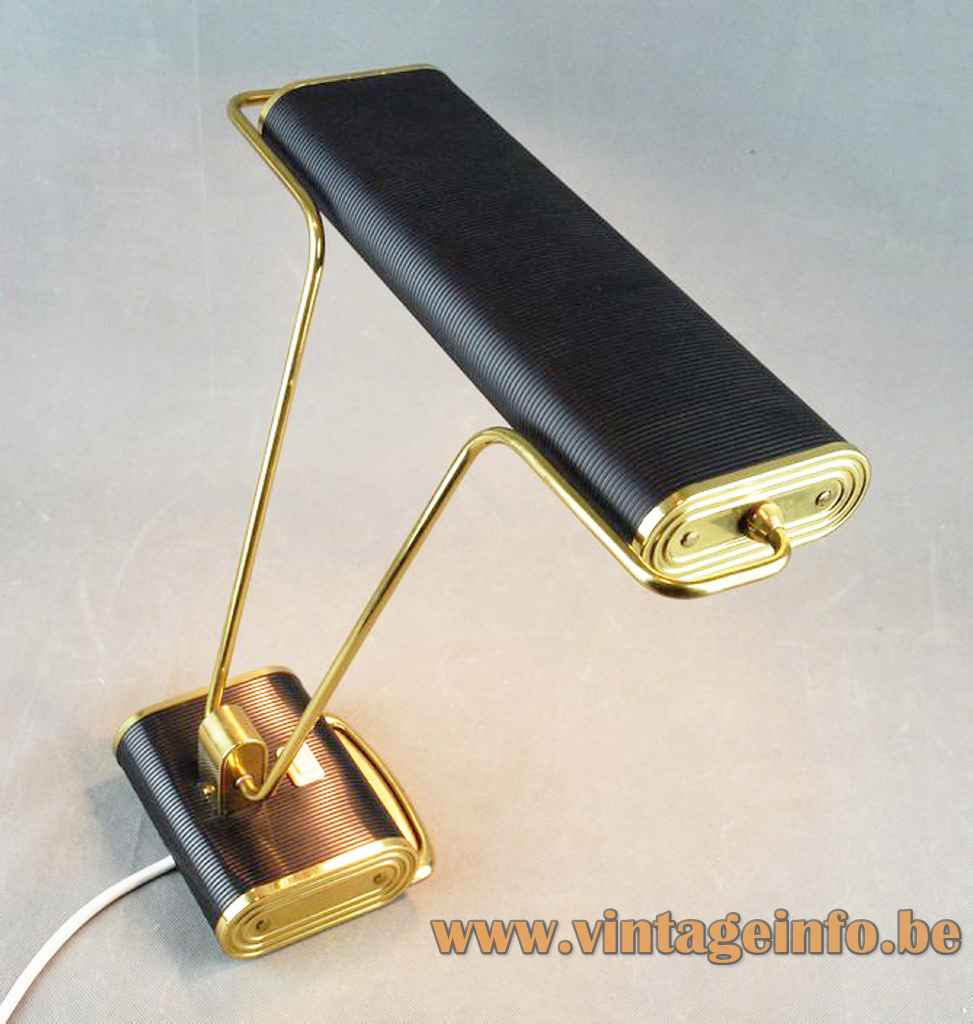 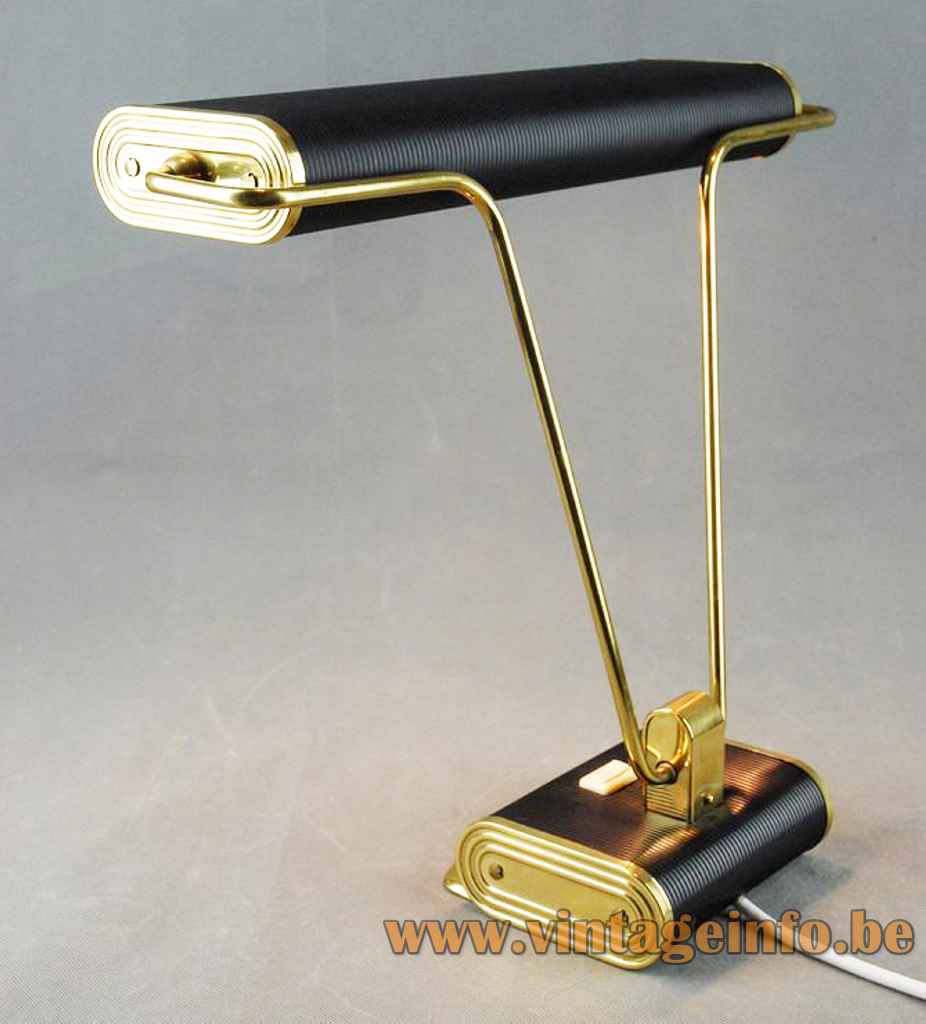 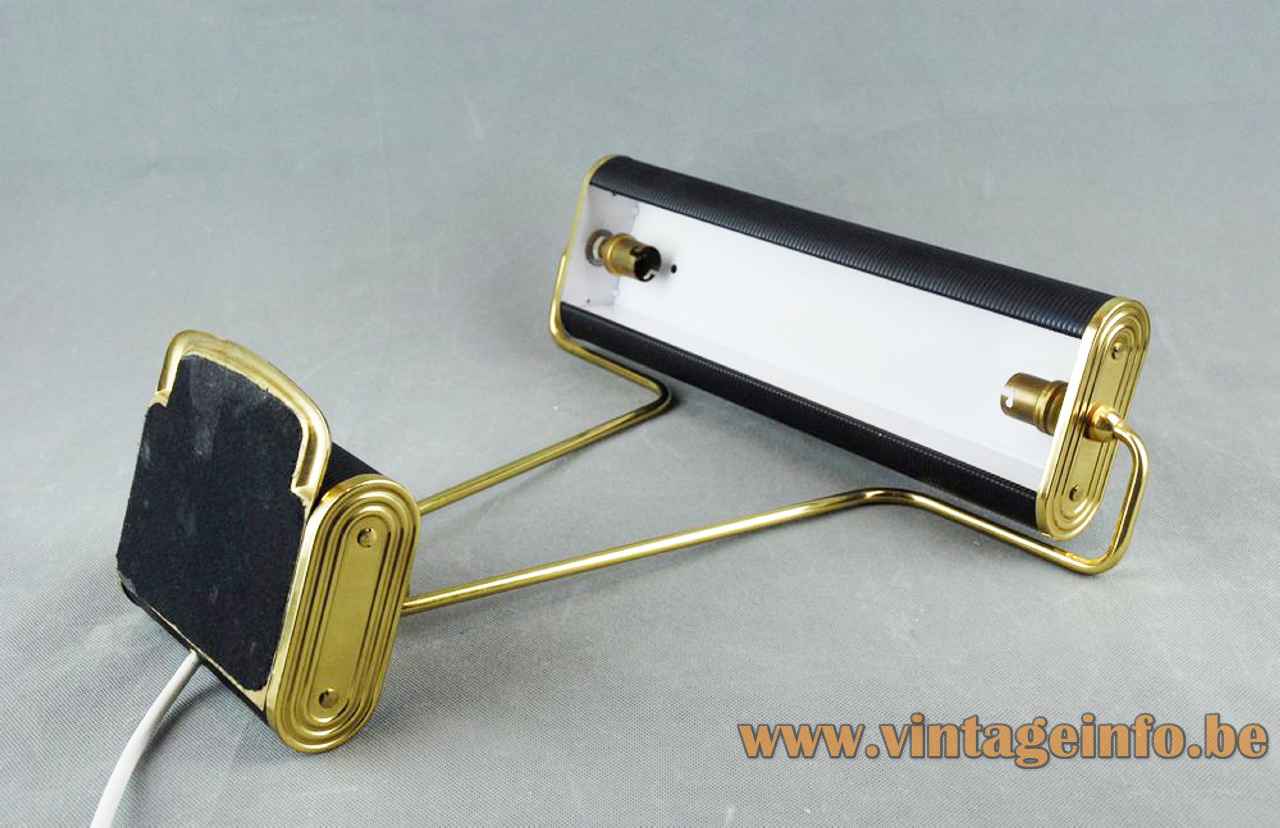 A JUMO model 71 desk lamp was used as a prop in the 1967 neo-noir crime film Le Samouraï. Starring Alain Delon, François Périer and Nathalie Delon. It appears in several scenes. 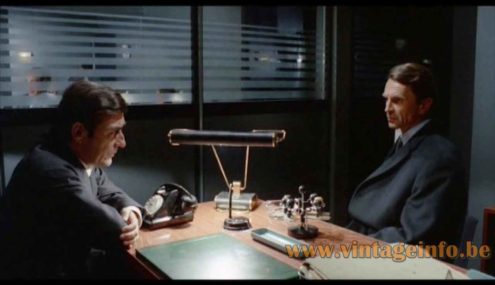 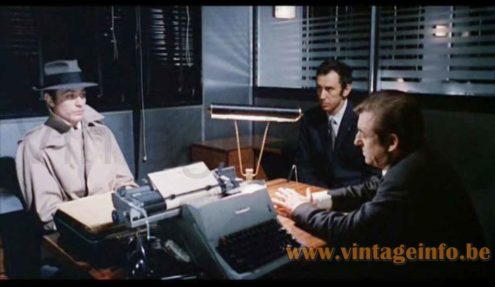 A JUMO model 71 desk lamp was used as a prop in the 1976 French comedy L’Aile ou la Cuisse (The Wing or the Thigh). Starring Louis De Funès and Coluche.

Other versions:  This JUMO model 71 desk lamp exists in several colours and some slight variations in the design. This one has a ribbed lampshade and base, but also other designs exists. It was sold with to B22 light bulbs or a long tubular light bulb. Also versions with a toggle switch were made.

Lamps in this style are all copies and were not made by JUMO. JUMO made only one model. Today a copy is produced by Tecnolumen, with a, to say the least, a strange story on their website: designed in 1934 by an unknown designer. Even the name JUMO is not mentioned.

The JUMO model 71 desk lamp appears in catalogues since 1960.

The name Eileen Gray is associated with JUMO by many auction houses, but all her works are from before World War II. After the war she did not design anymore and led a reclusive life. No archive, documentation or biography shows the JUMO model 71 lamp in Gray’s work. Also, it is impossible to date it before 1950, considering the used parts for this lamp.

The famous Lucidus Bloc foldable lamp, designed in 1945 is officially a real JUMO lamp. It was patented in the USA by André Mounique as a “retractable office lamp”. Mounique was the main designer of the company. He probably designed every lamp.

Charlotte Perriand selected the model 600 by JUMO for the exhibition “Le Bazar” at the Musée des Arts Decoratives (Museum of Decorative Arts ) of Paris in 1949. She never designed the lamp. No archives exists or even her biography does not mention this lamp. 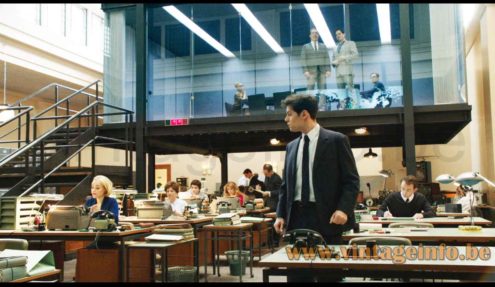 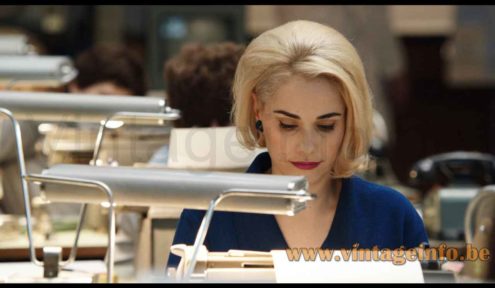 A JUMO model 71 desk lamp was used as a prop in the 2021 American anthology comedy film The French Dispatch. Starring Benicio del Toro, Adrien Brody and Tilda Swinton. Here in a scene with Bill Murray. 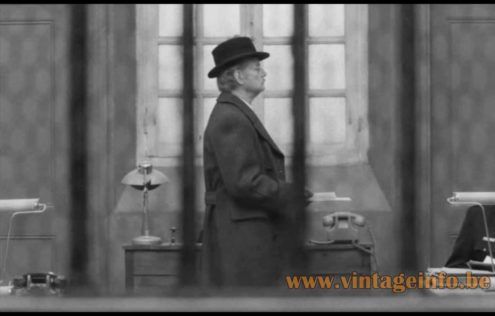 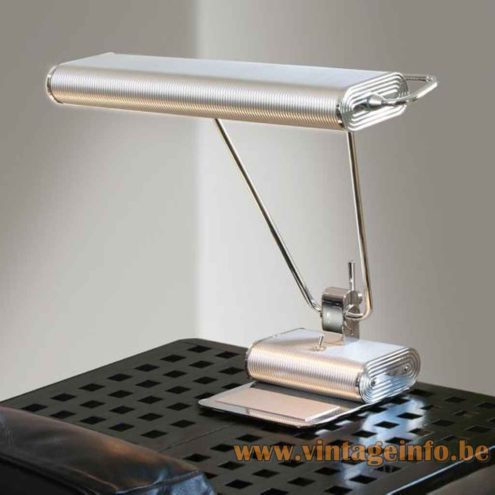