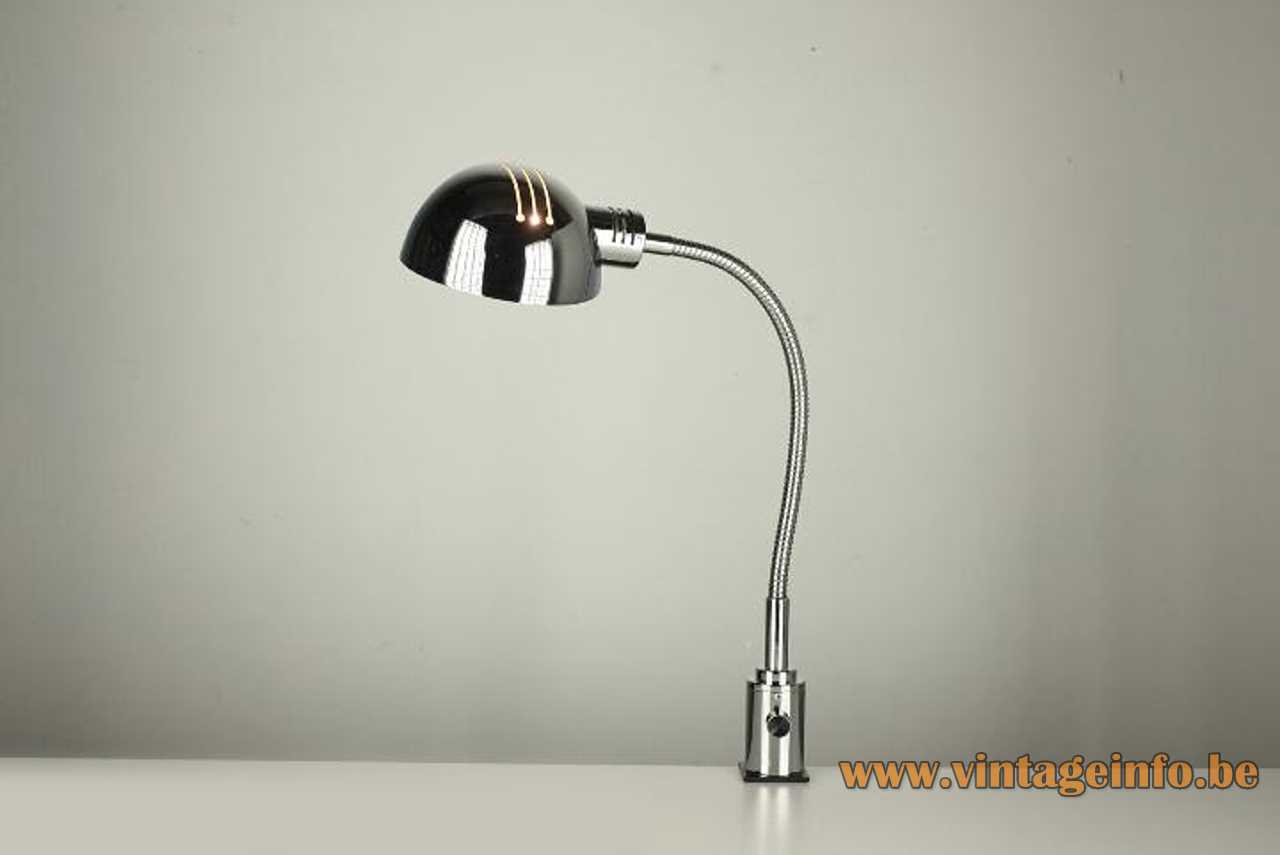 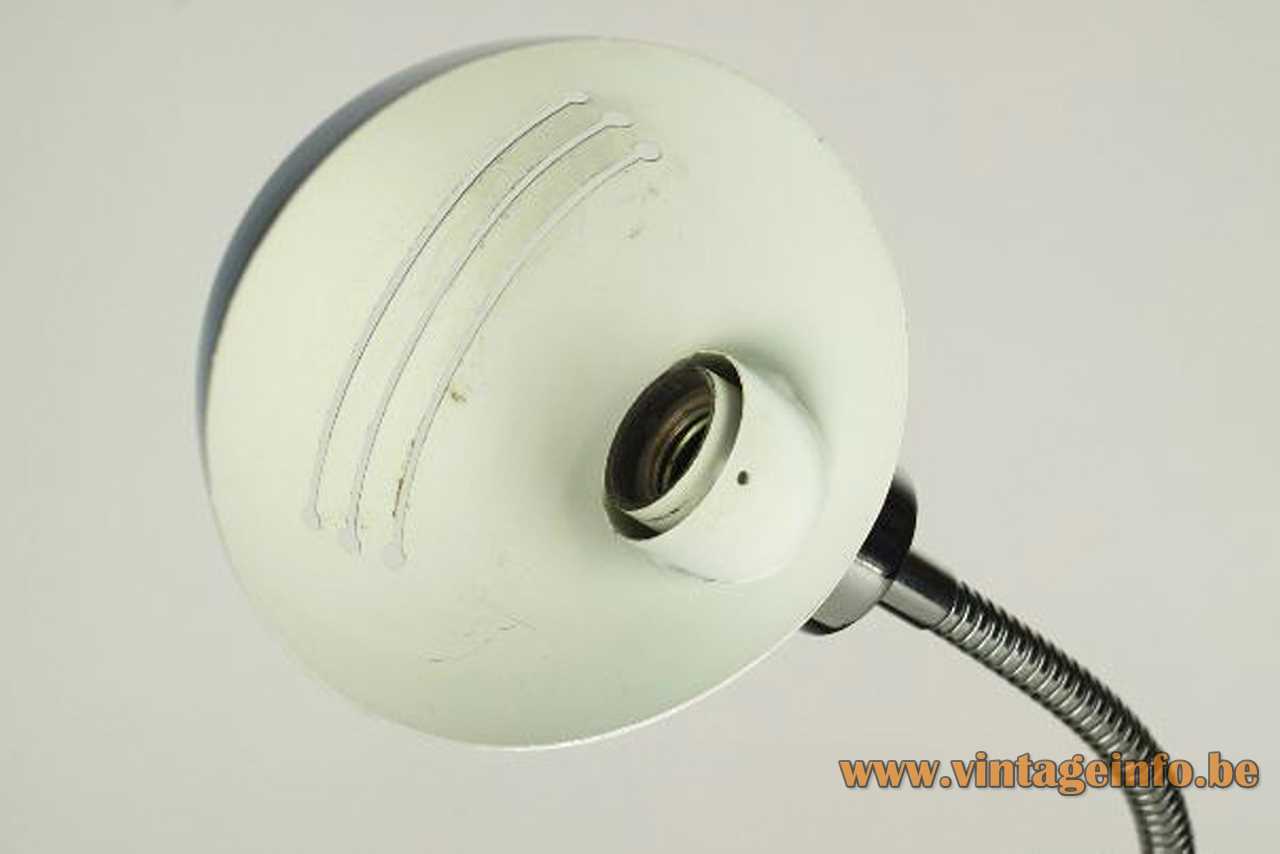 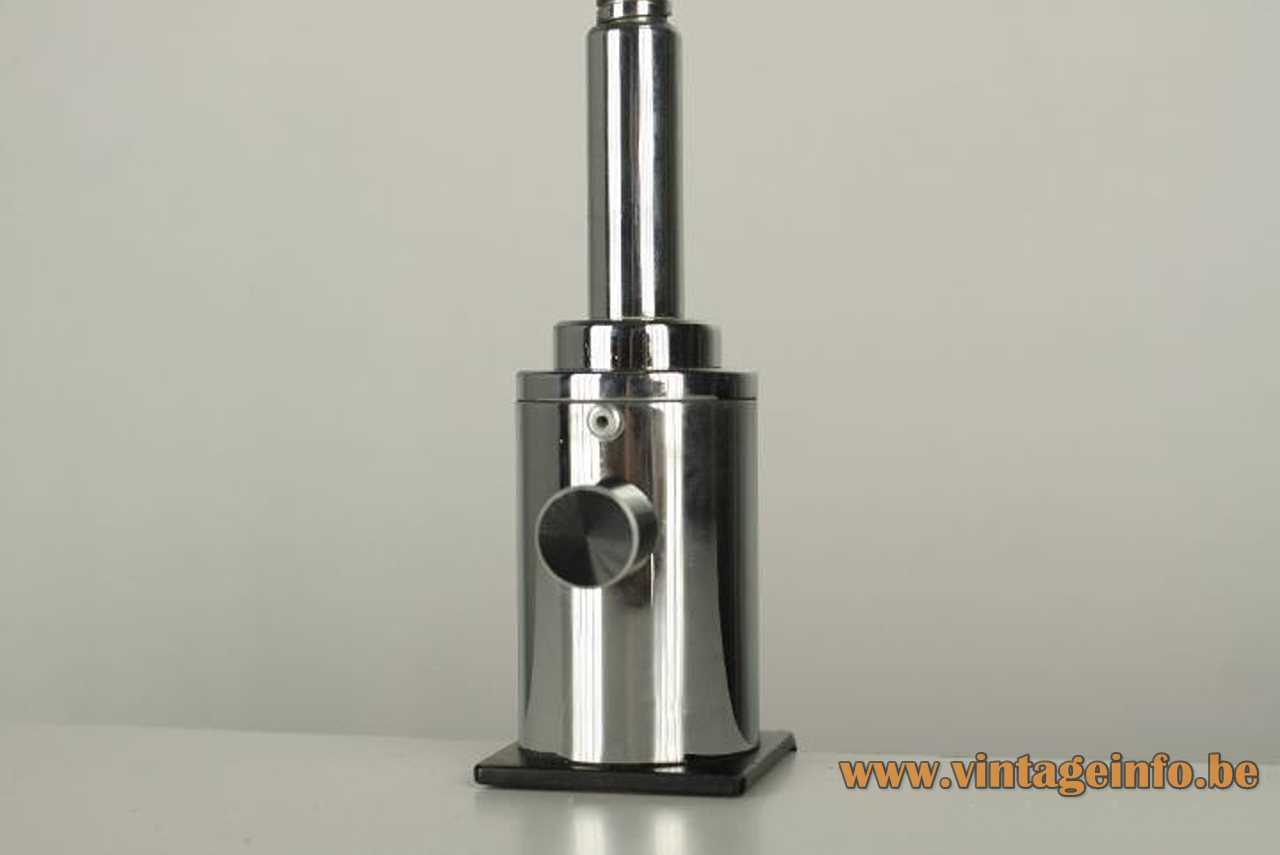 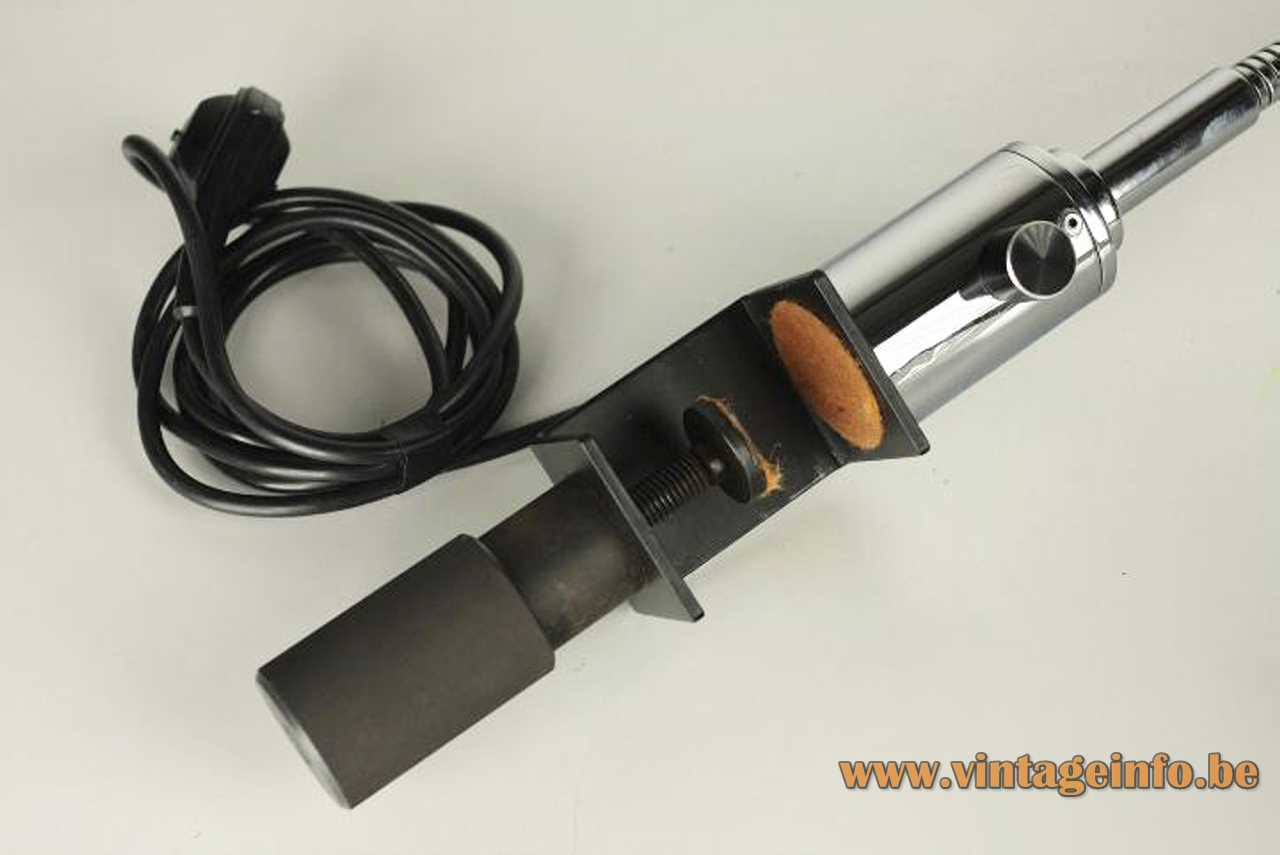 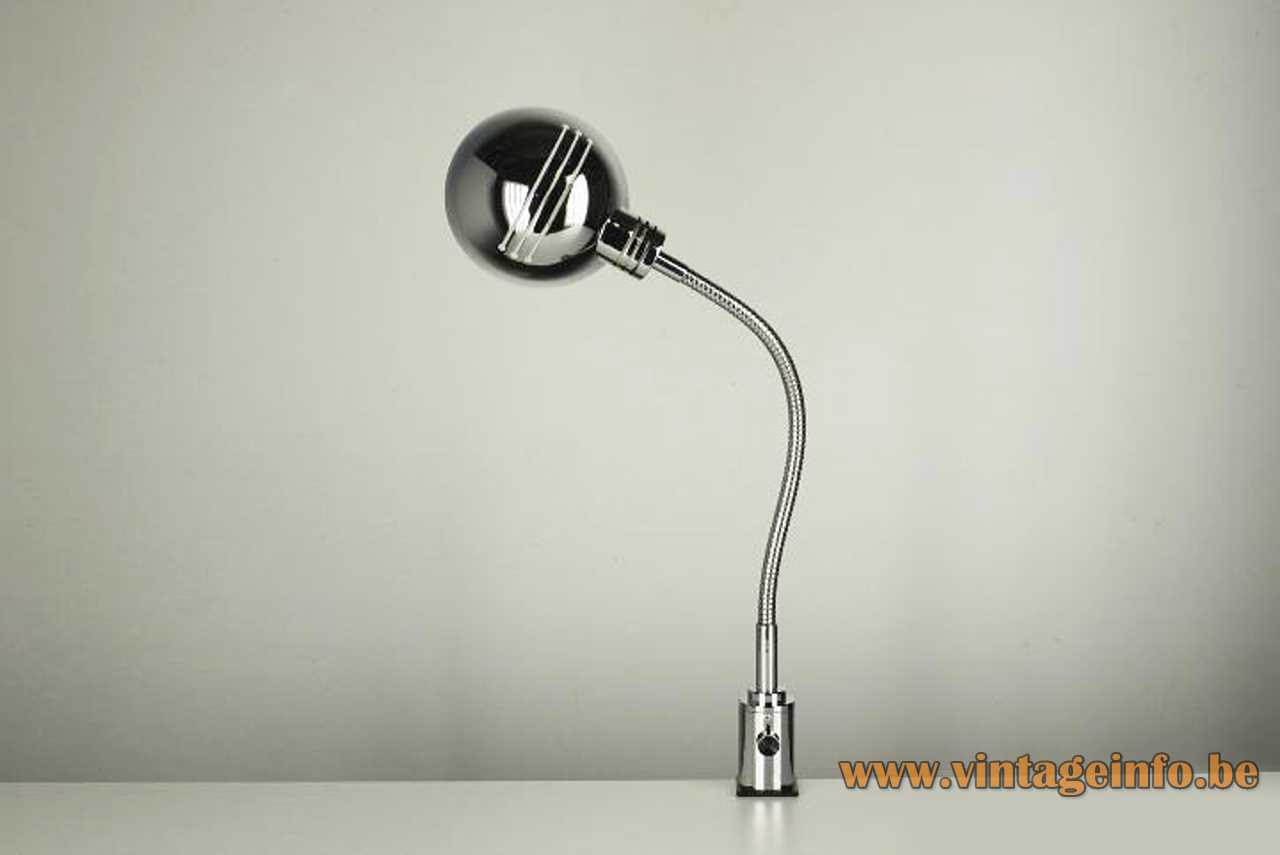 Materials: Half round chromed metal (iron) lampshade, painted white on the inside. It has elongated slots on top. Chrome gooseneck and parts. Built-in dimmer in the round chrome base. Anthracite coloured clamp. Some metal parts. White painted Bakelite E27 socket.

Other versions: This Josep Magem 1970s chrome clamp lamp exists in several colours. The perforated slot idea was used for several other lamp designs. A wall lamp can be found over here.