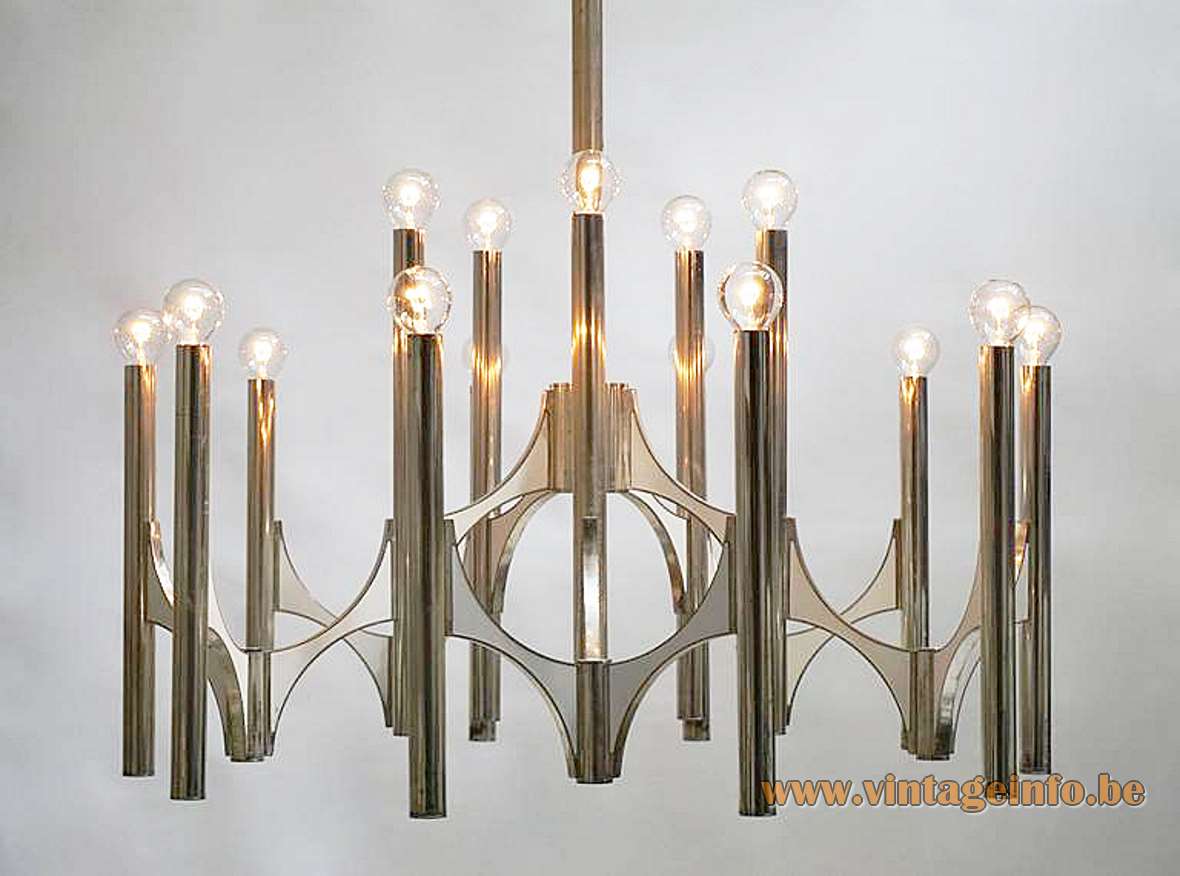 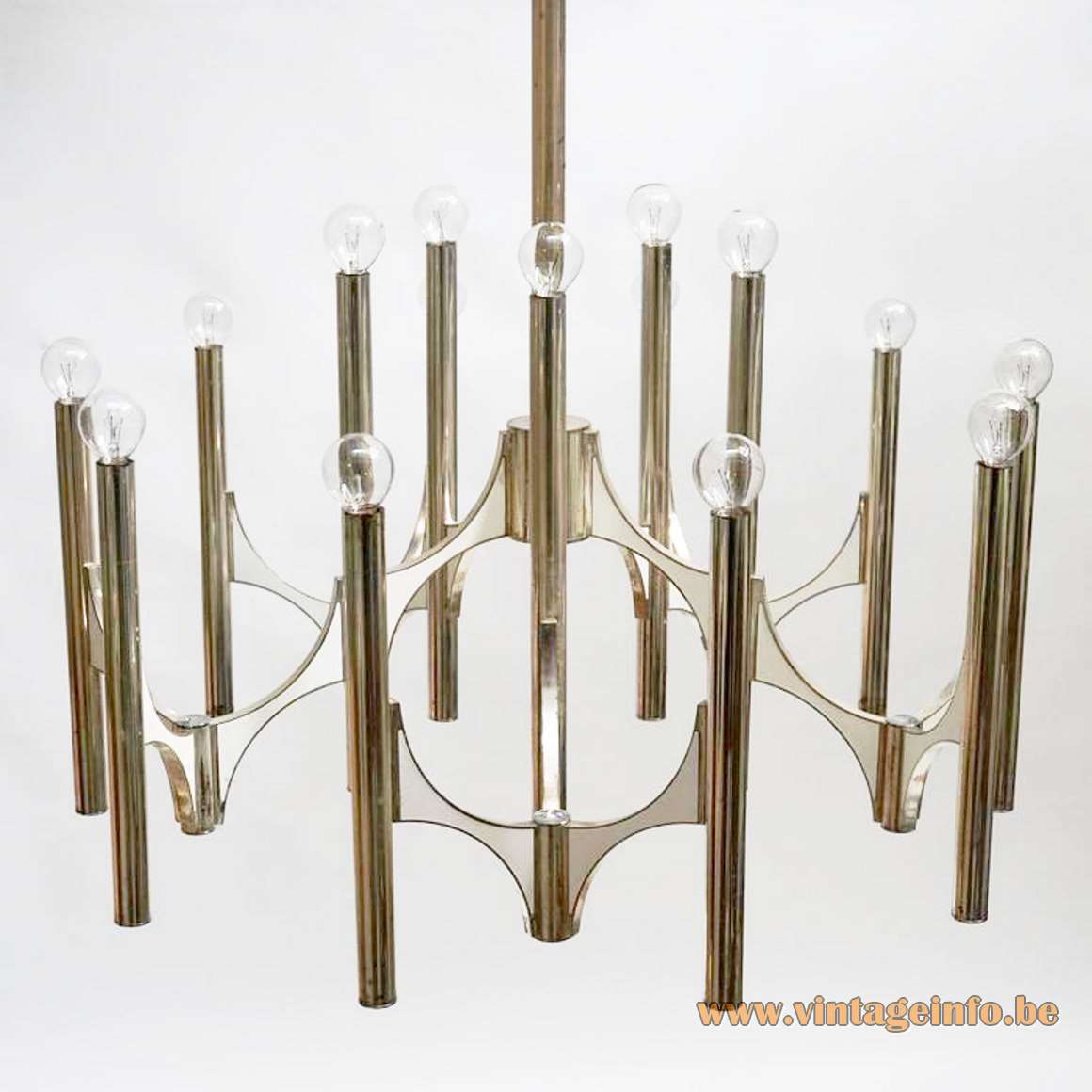 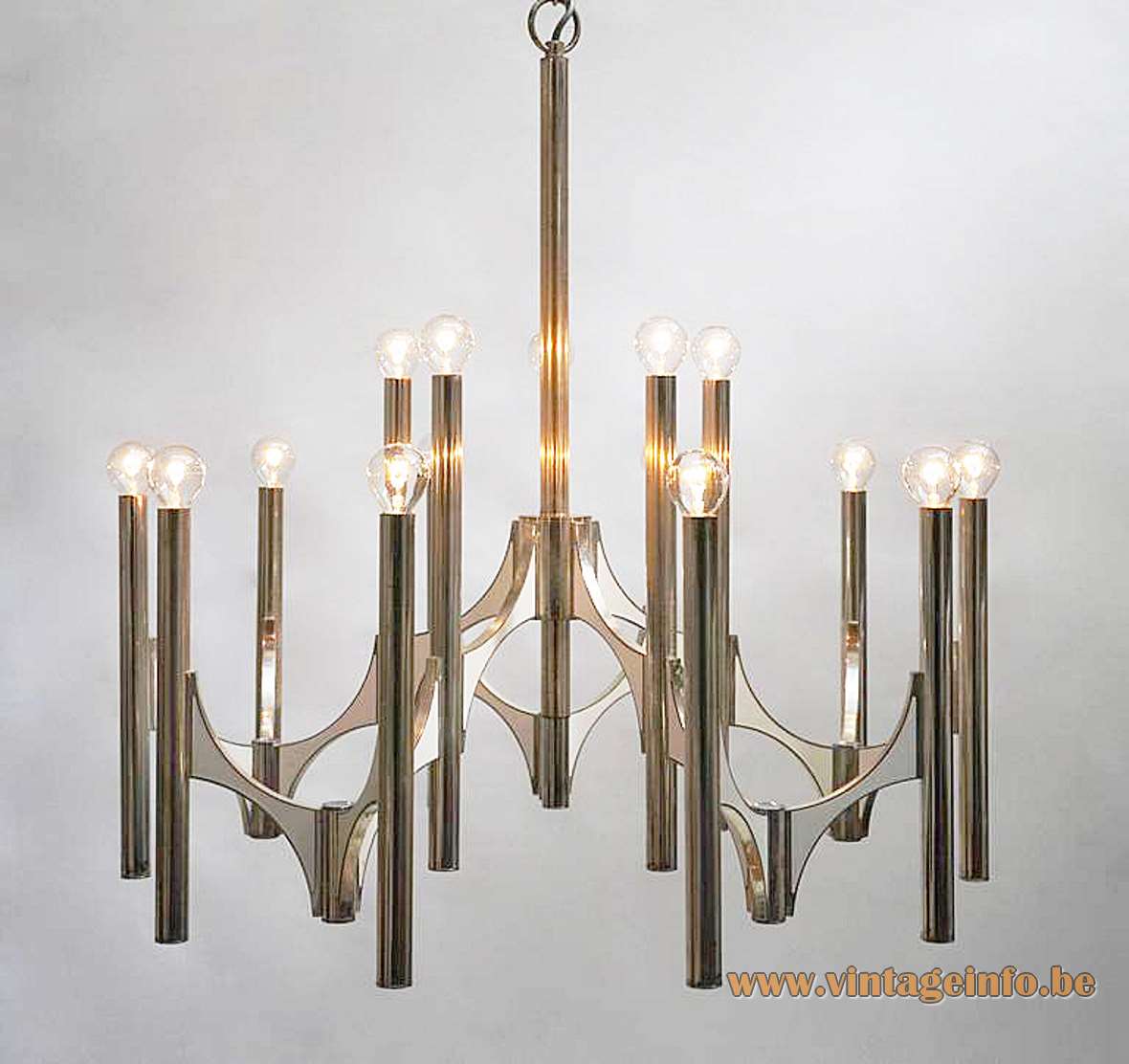 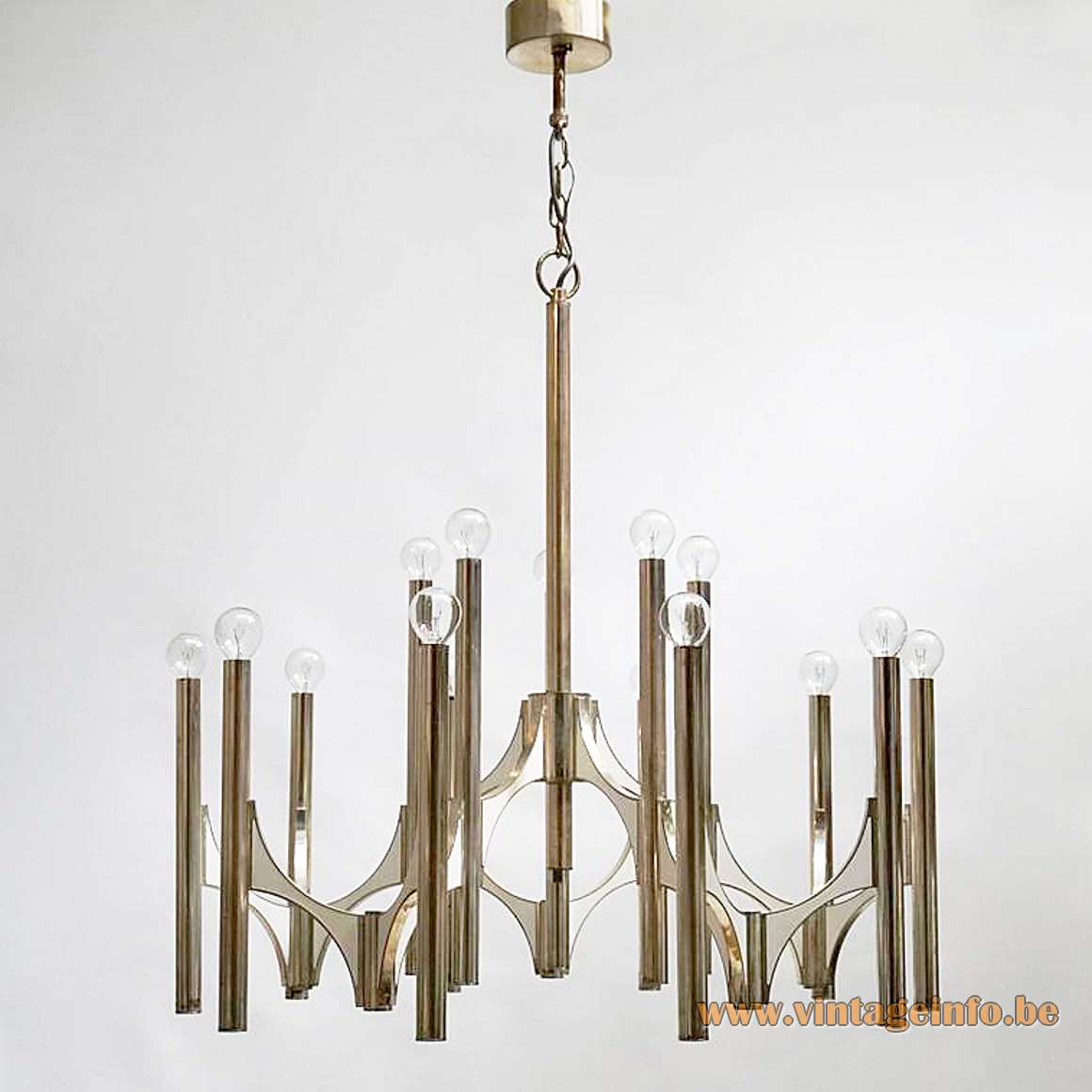 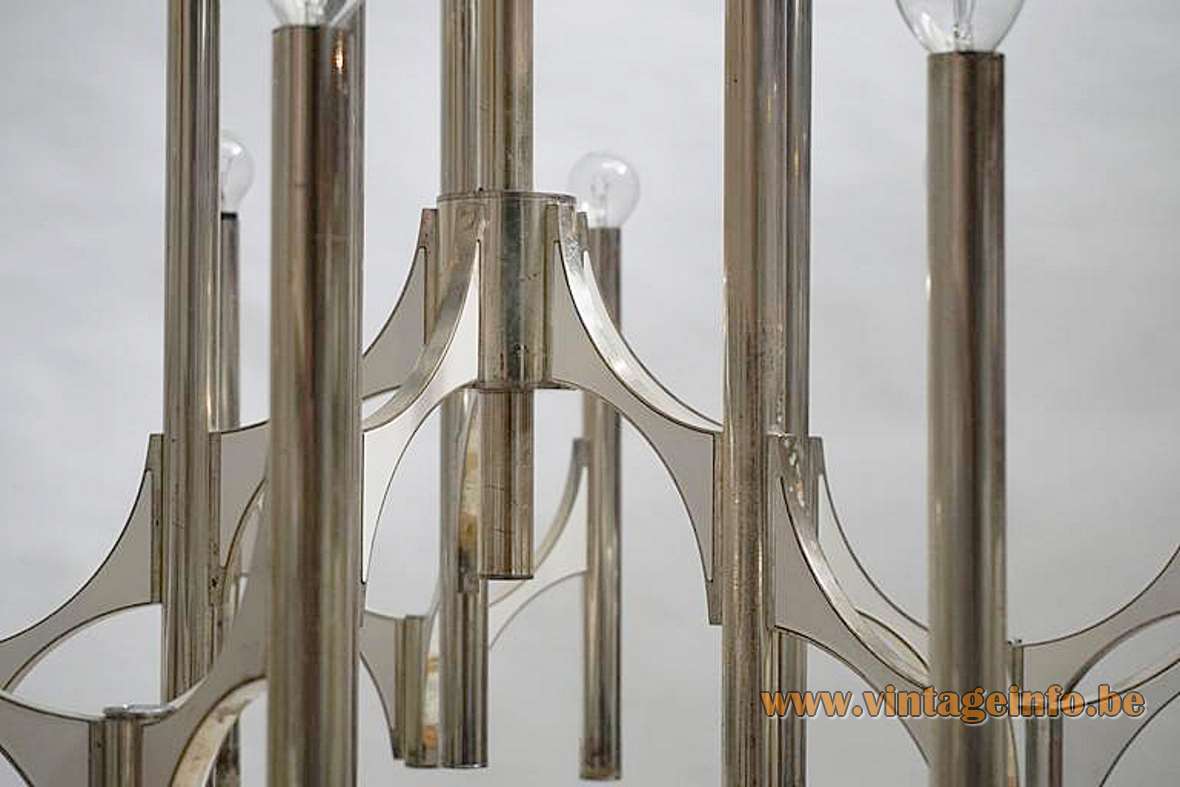 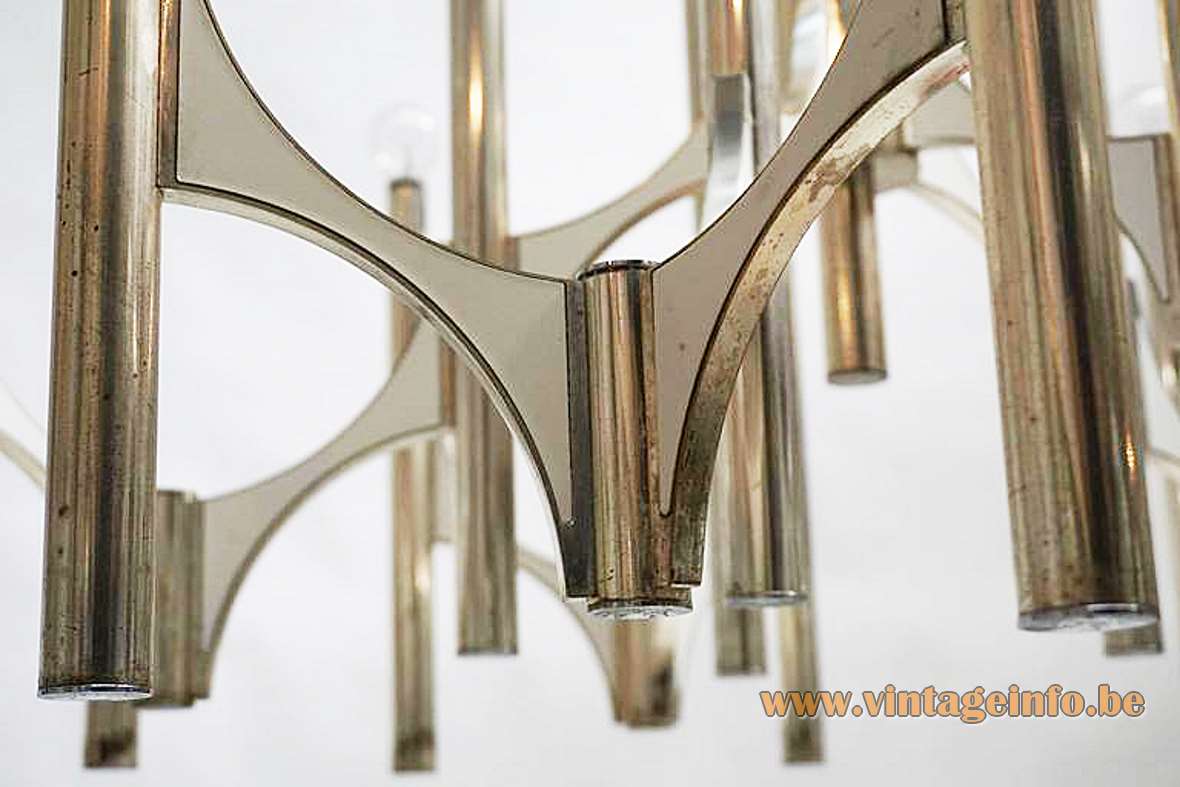 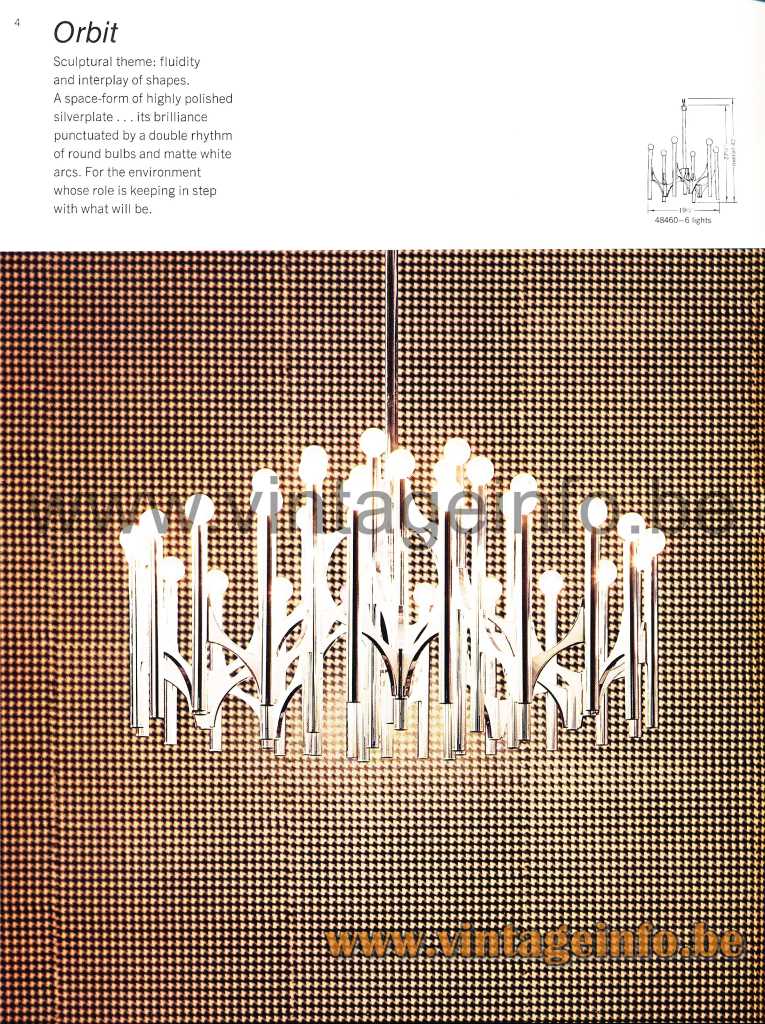 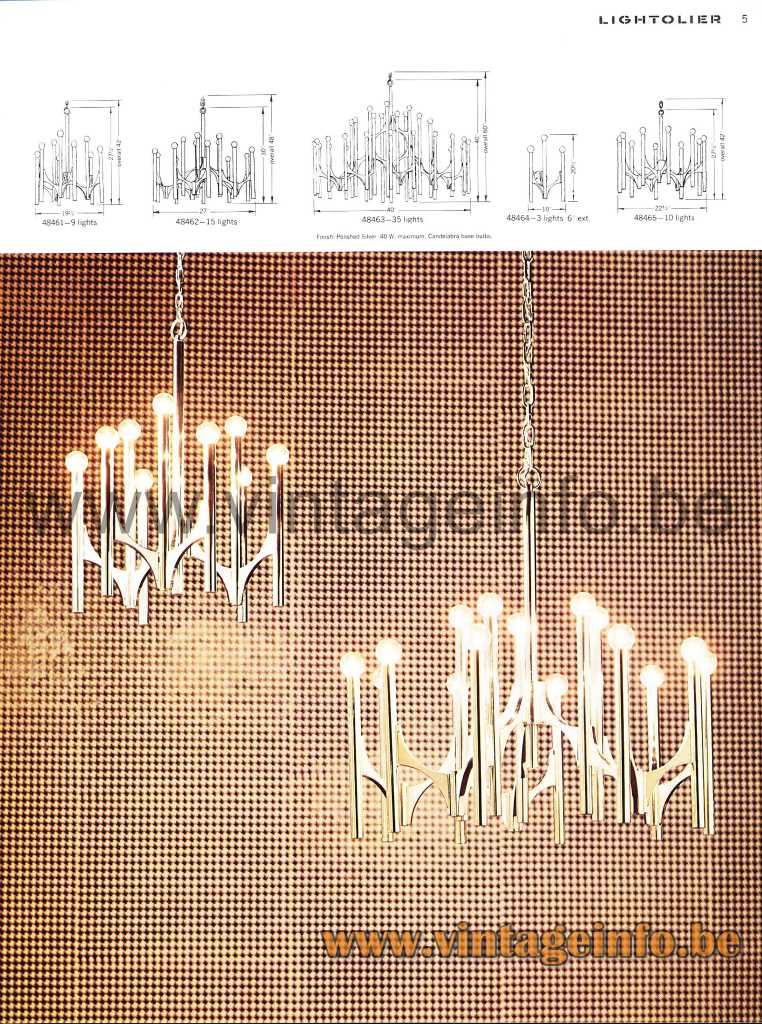 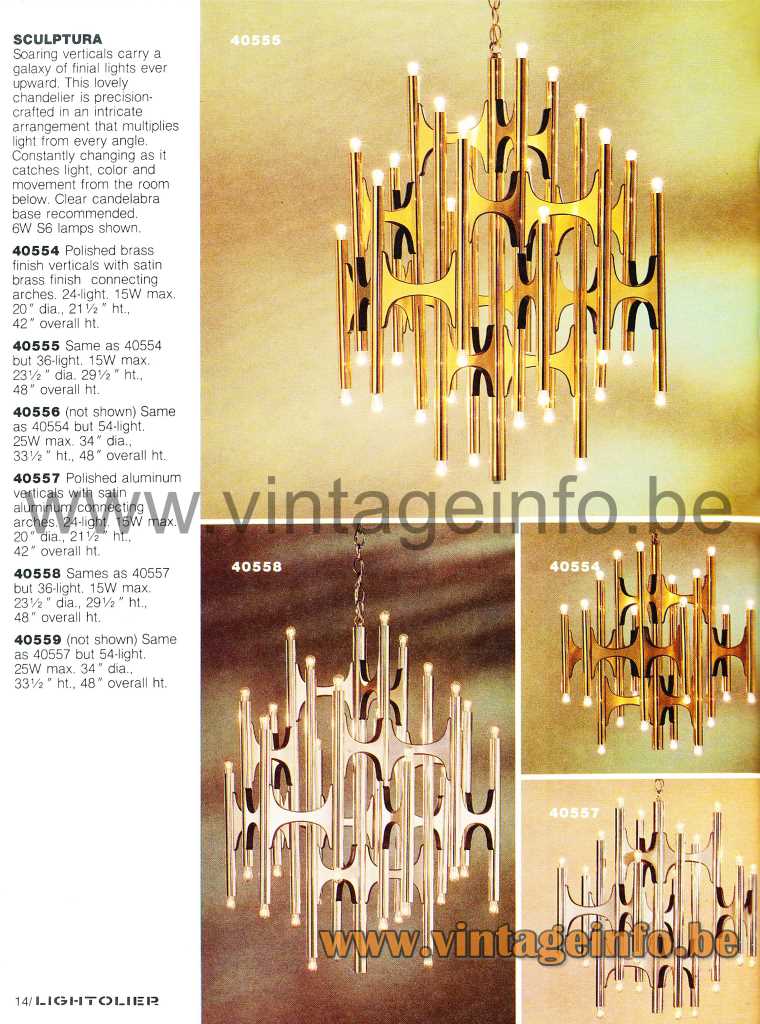 Other versions: This Gaetano Sciolari Orbit chandelier exists in several variations: more or less lamps, on a chain, completely in brass, and so on. Also made as wall lamps and a floor lamp.

The 1960s versions have a different canopy as the 1970s edition, as you can see below. The left one is 60s. The right one is 70s and most of the time the label is inside the canopy. This one is a seventies lamp. The name of this chandelier is Orbit. A very similar lamp is the Scultura or Sculptura. They are often confused with each other. In the catalogue pictures by Lightolier you can see the difference.

But, to complete the confusion, the Danish Lyfa sold these lamps as Scultura…

Versions of this chandelier were also produced by all the companies named below. They have all different canopies and labels, if present.

Unfortunately many copies exists. Companies such as Massive from Belgium made their version, as you can see. The company is notorious for the copies they produced over the years. 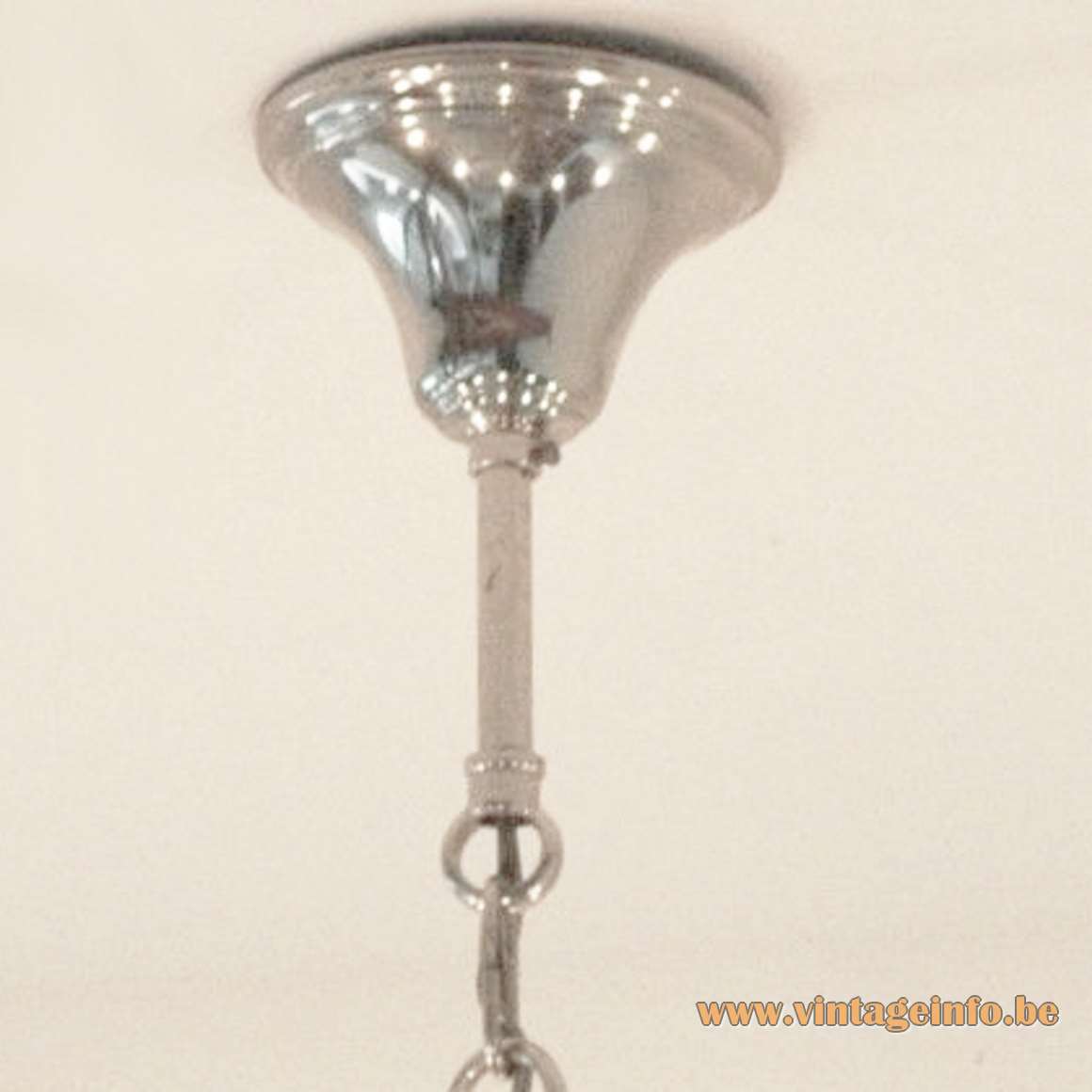 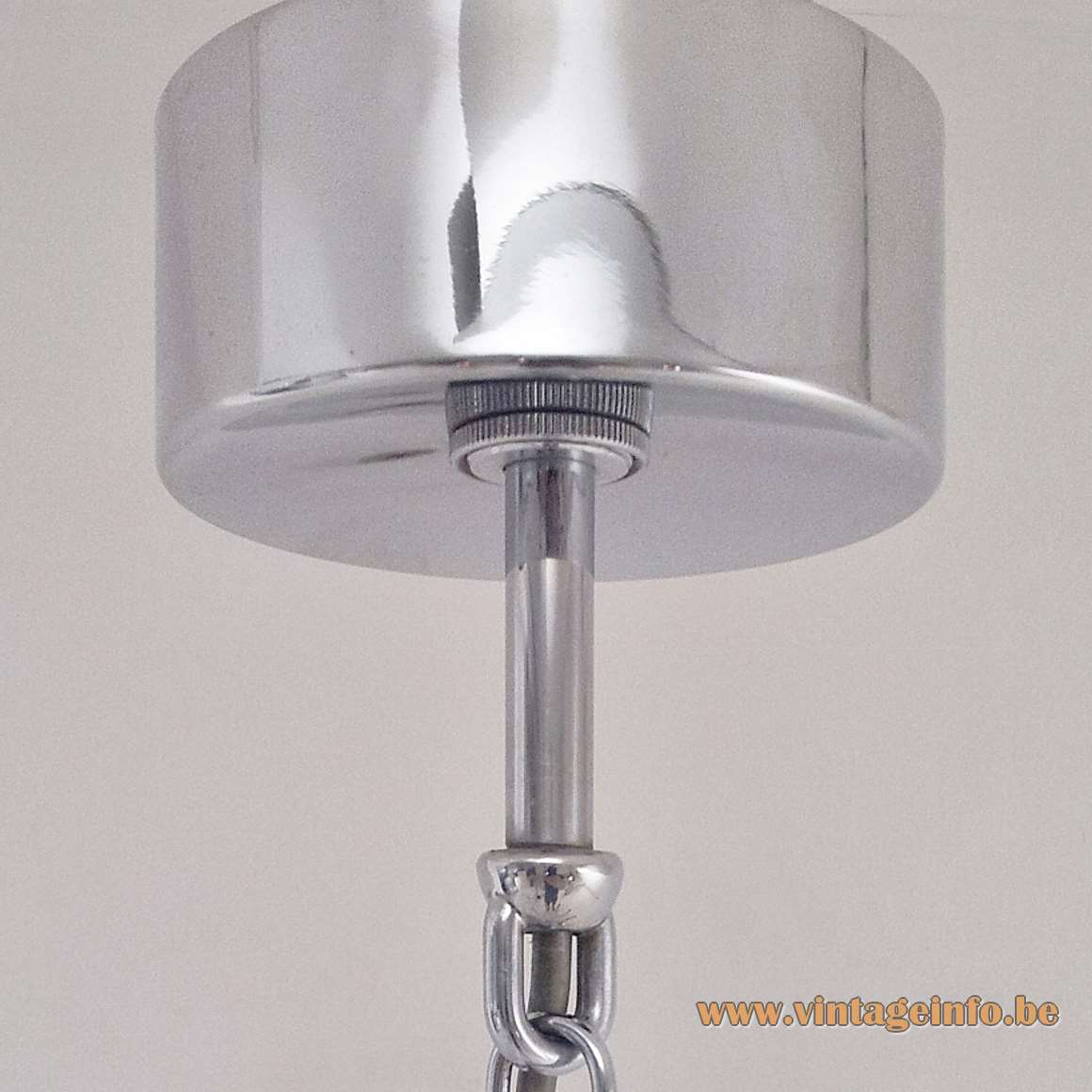 These chandeliers are often sold as made by Sciolari, but they are not!

To quote George Kovacs, a well know American designer: “A copy is a good idea that lost it’s soul”. 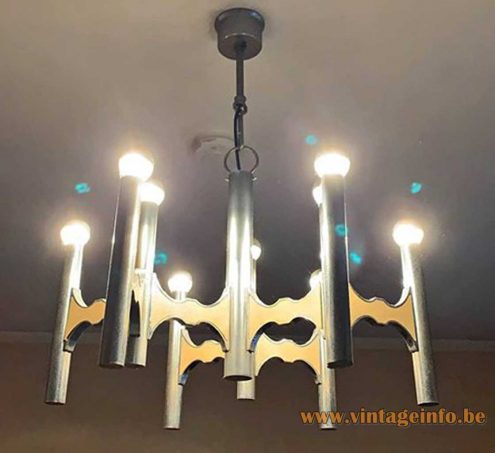