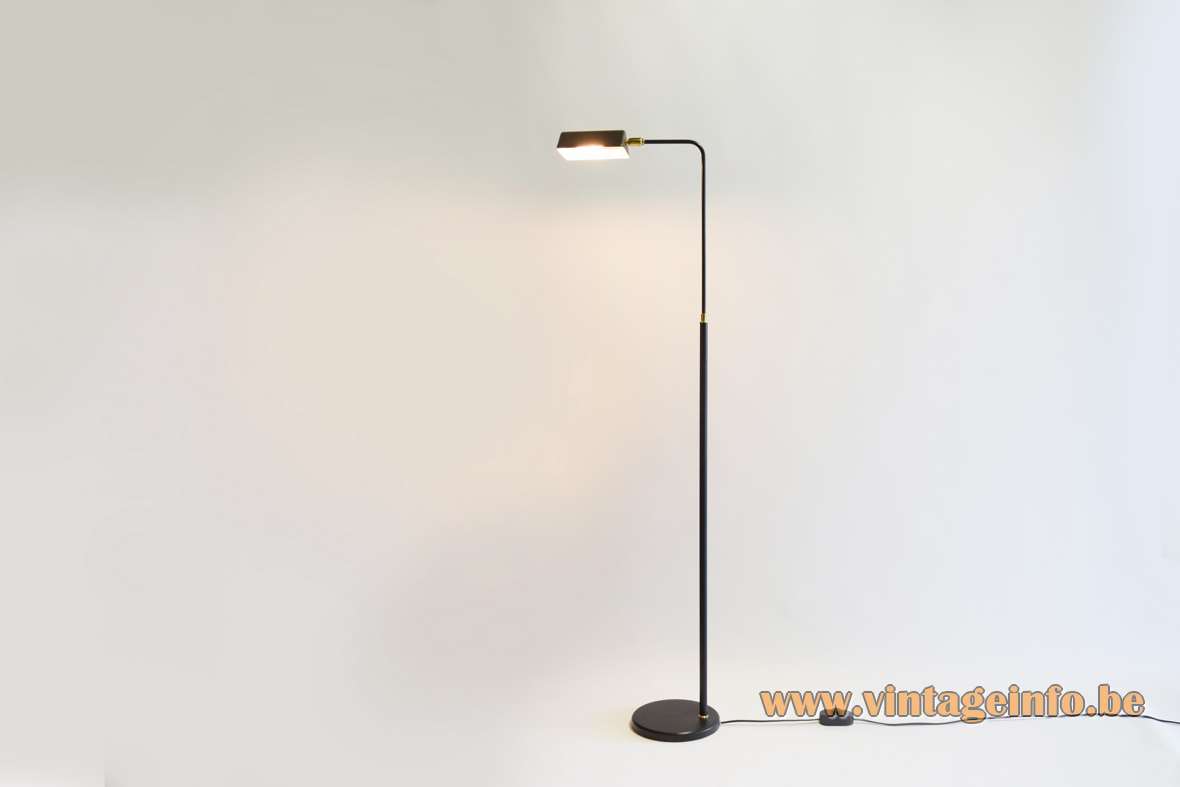 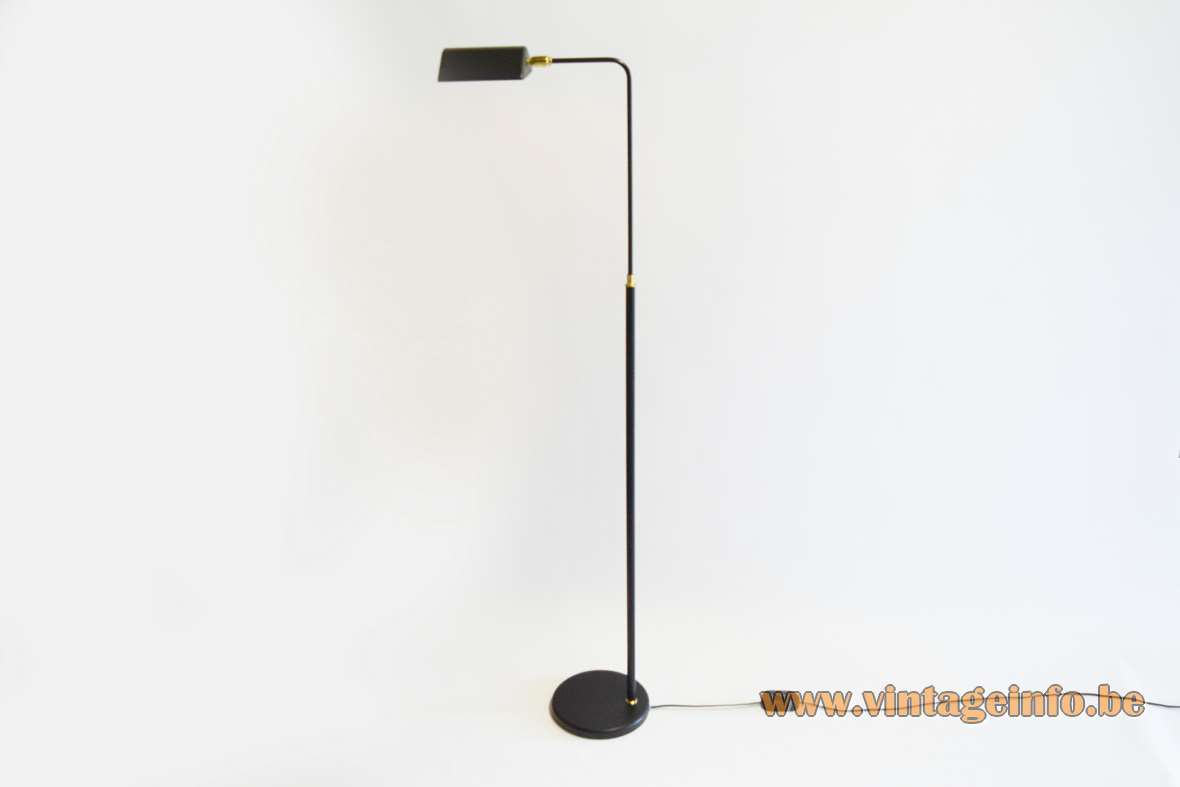 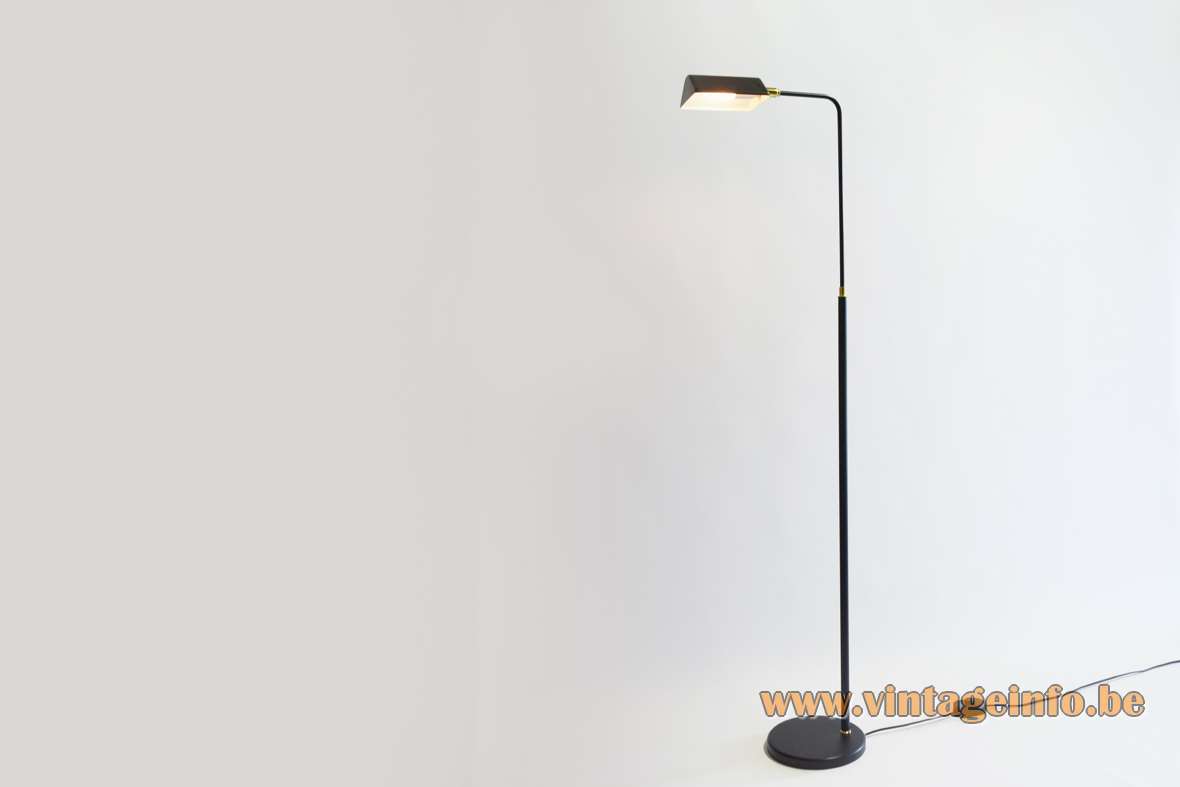 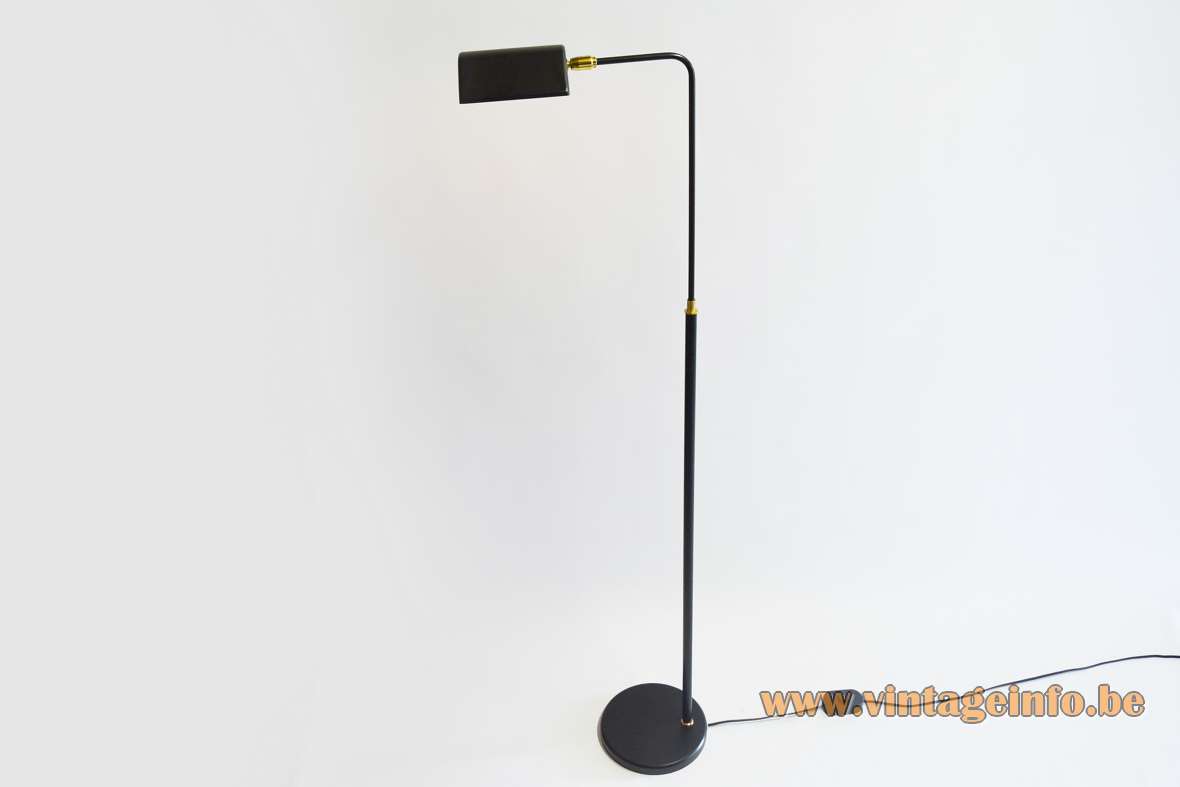 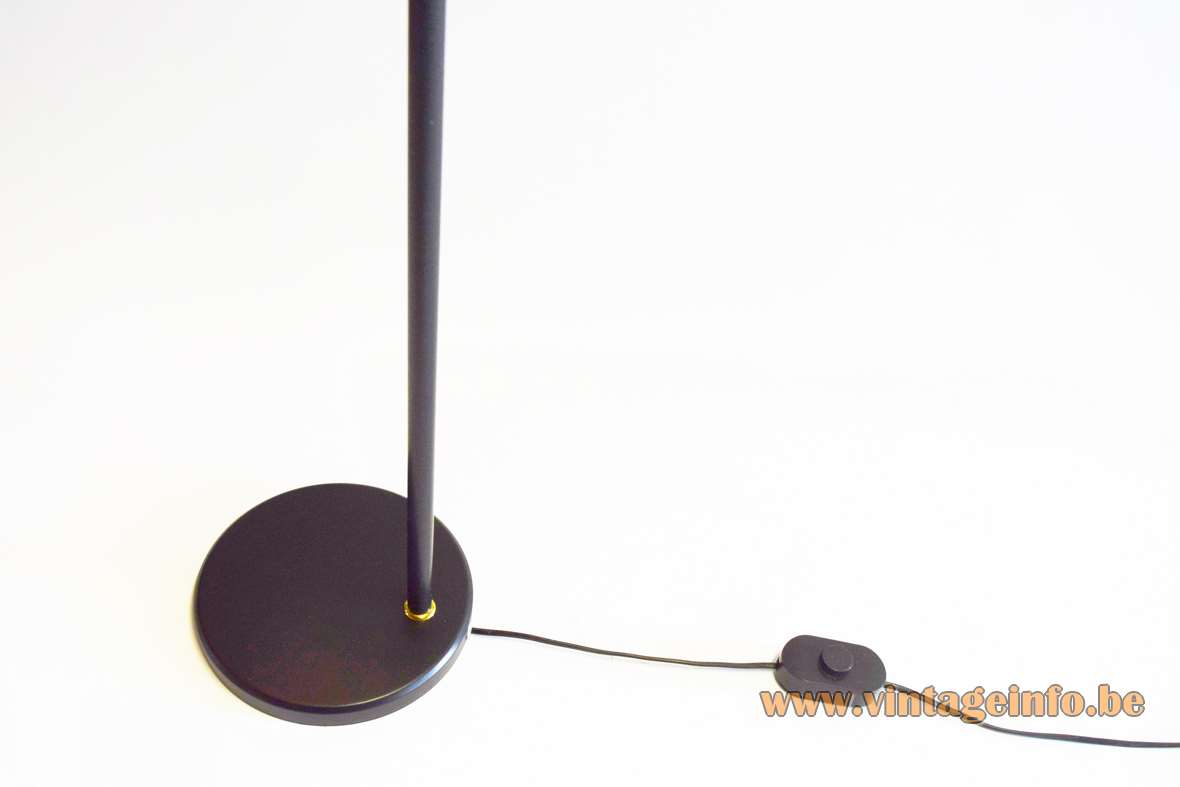 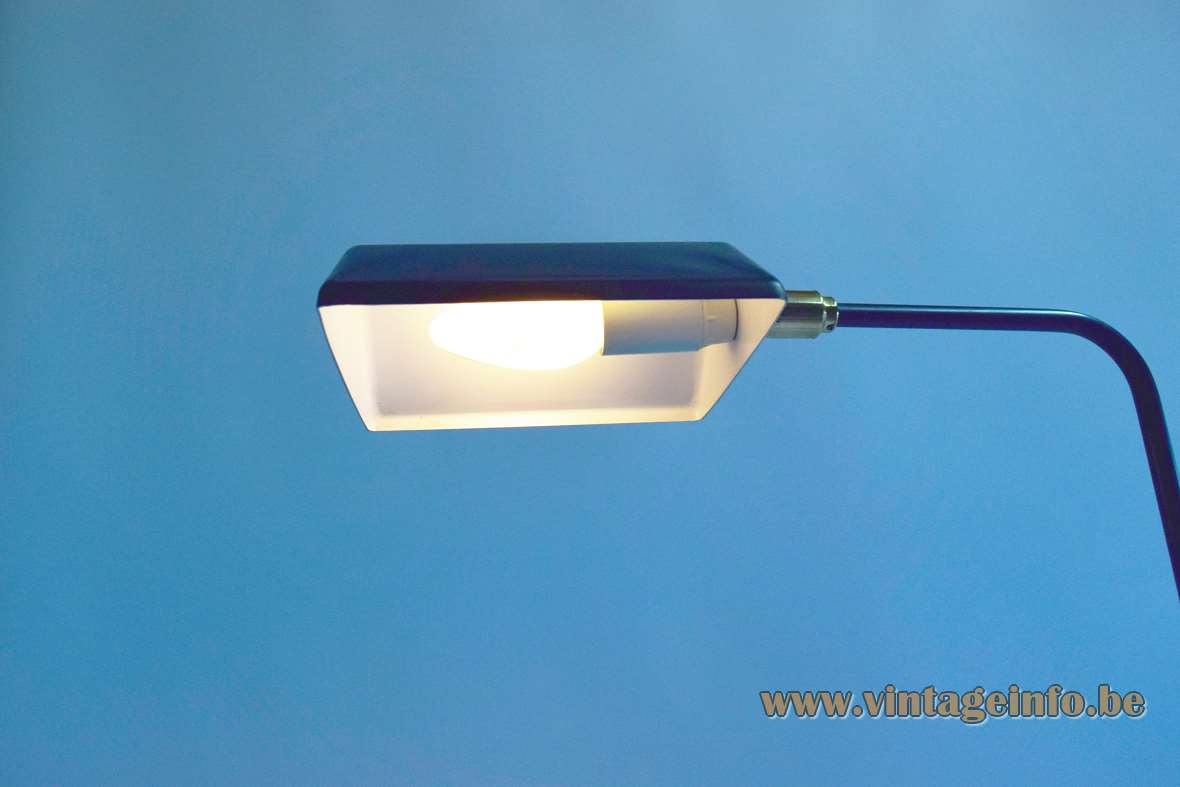 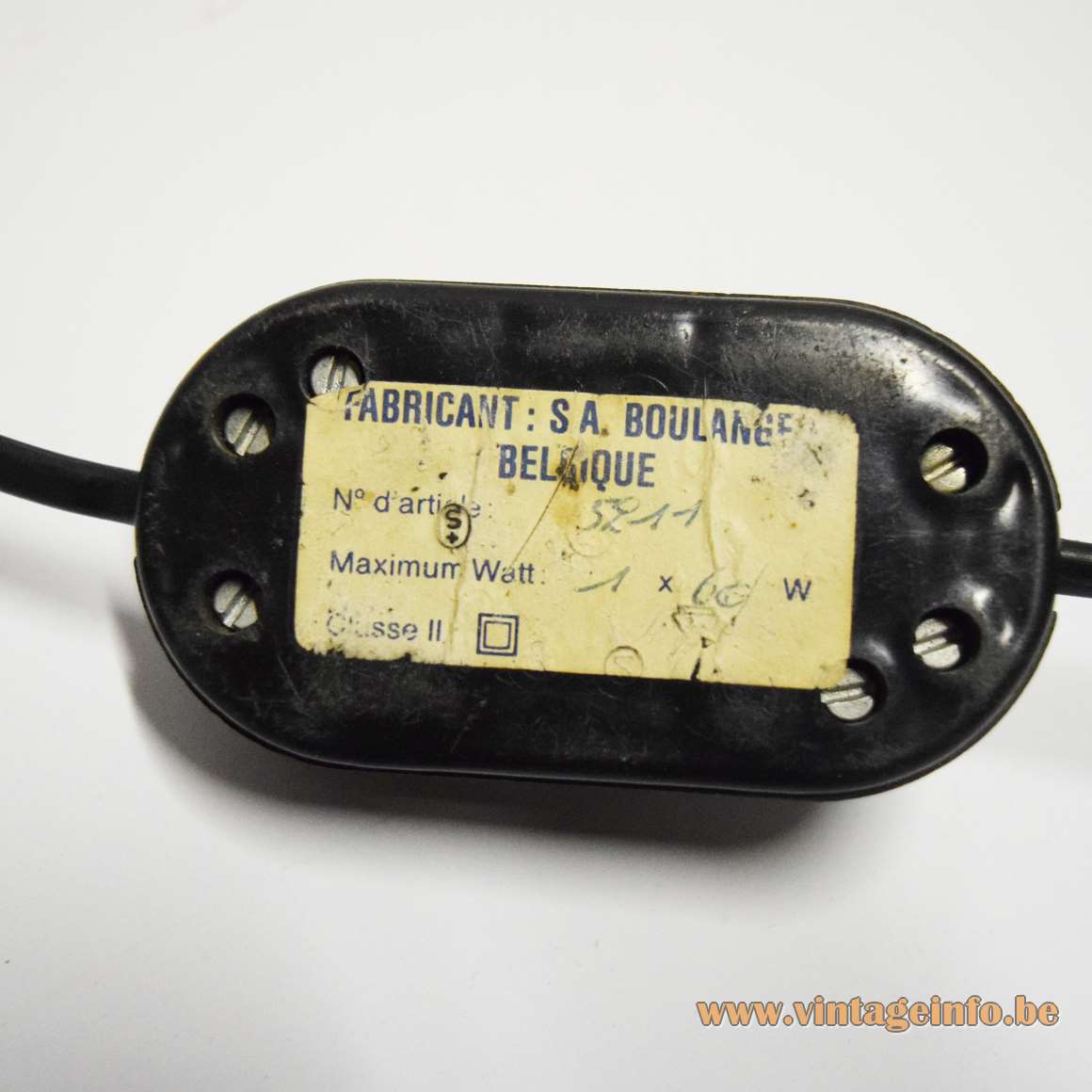 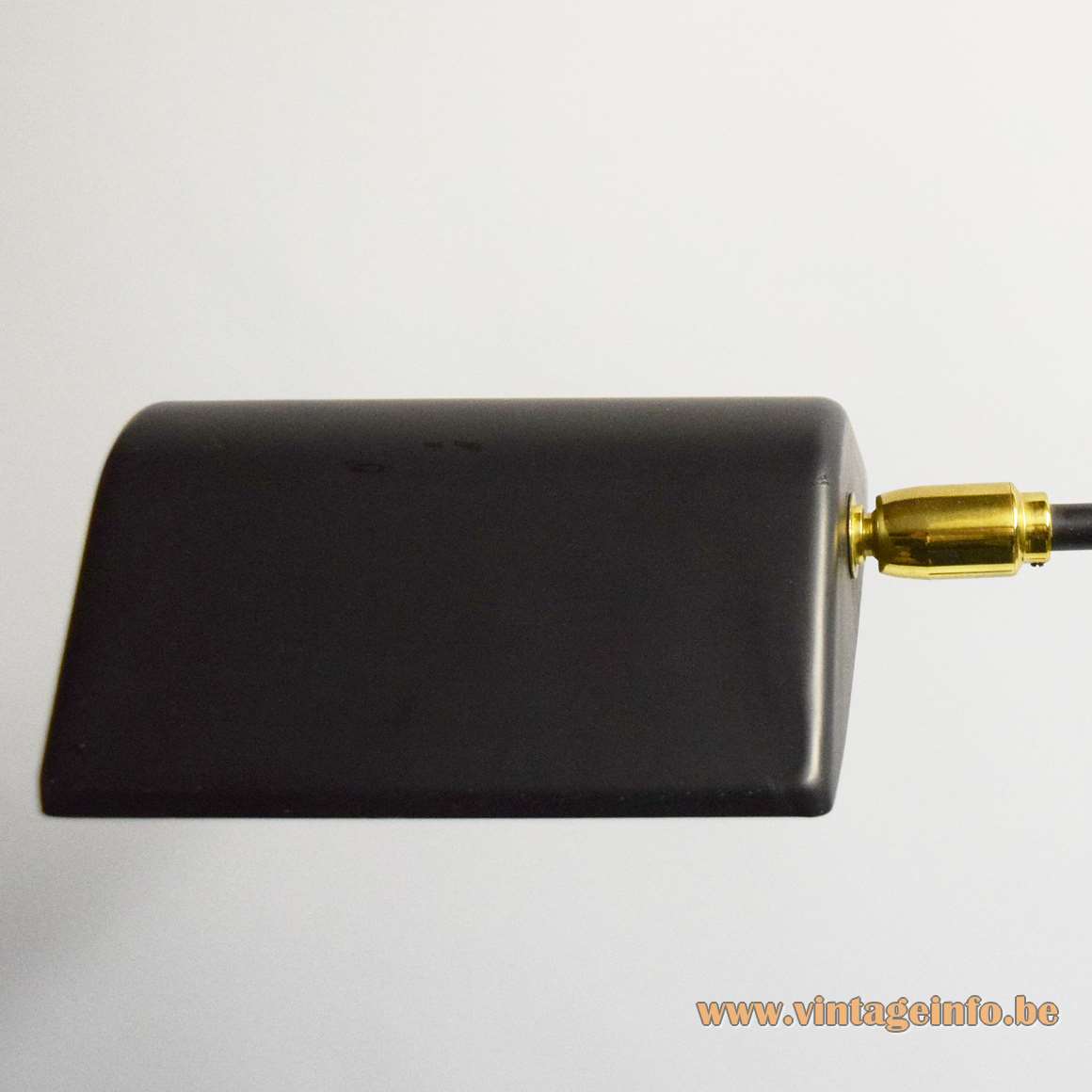 Other versions: This Boulanger reading floor lamp is model 5211, as labelled on the VLM Components switch. They were probably made in several versions.

Made in the typical black 50s style, but produced in the late 70s, early 80s.

All the electric parts were made by VLM Components in the 1970s, 1980s. The company was founded in 1945 in Buccinasco, a small village near Milan, Italy. The company became famous for the switches they produce since 1968, designed by Achille Castiglioni. This switch is model D-661. It was also designed by him. You can find the switches over here. The switches of Castiglioni are still for sale.
VLM is part of the Relco Group, founded in 1967. Today they are the owners of the brands Relco, Leuci, Relco Lighting, VLM and Segno.