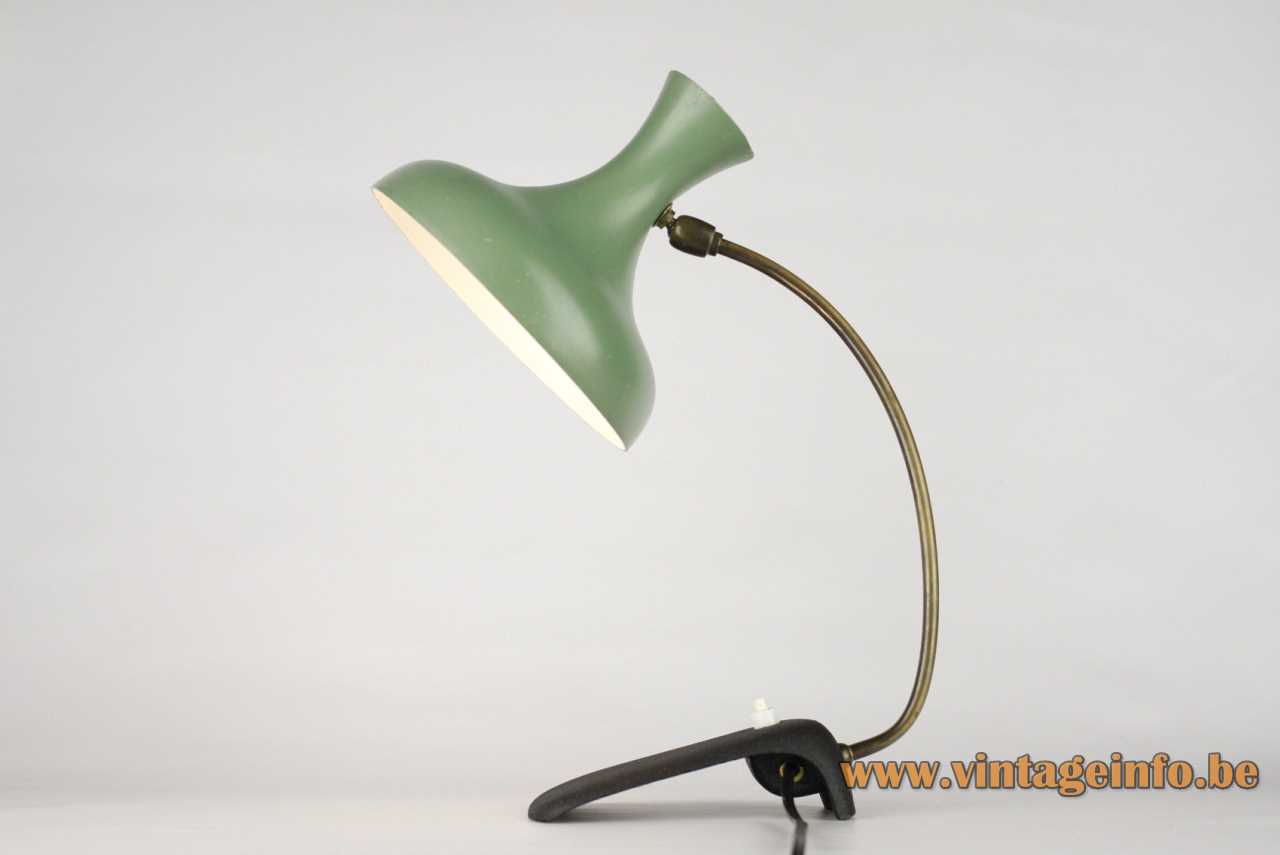 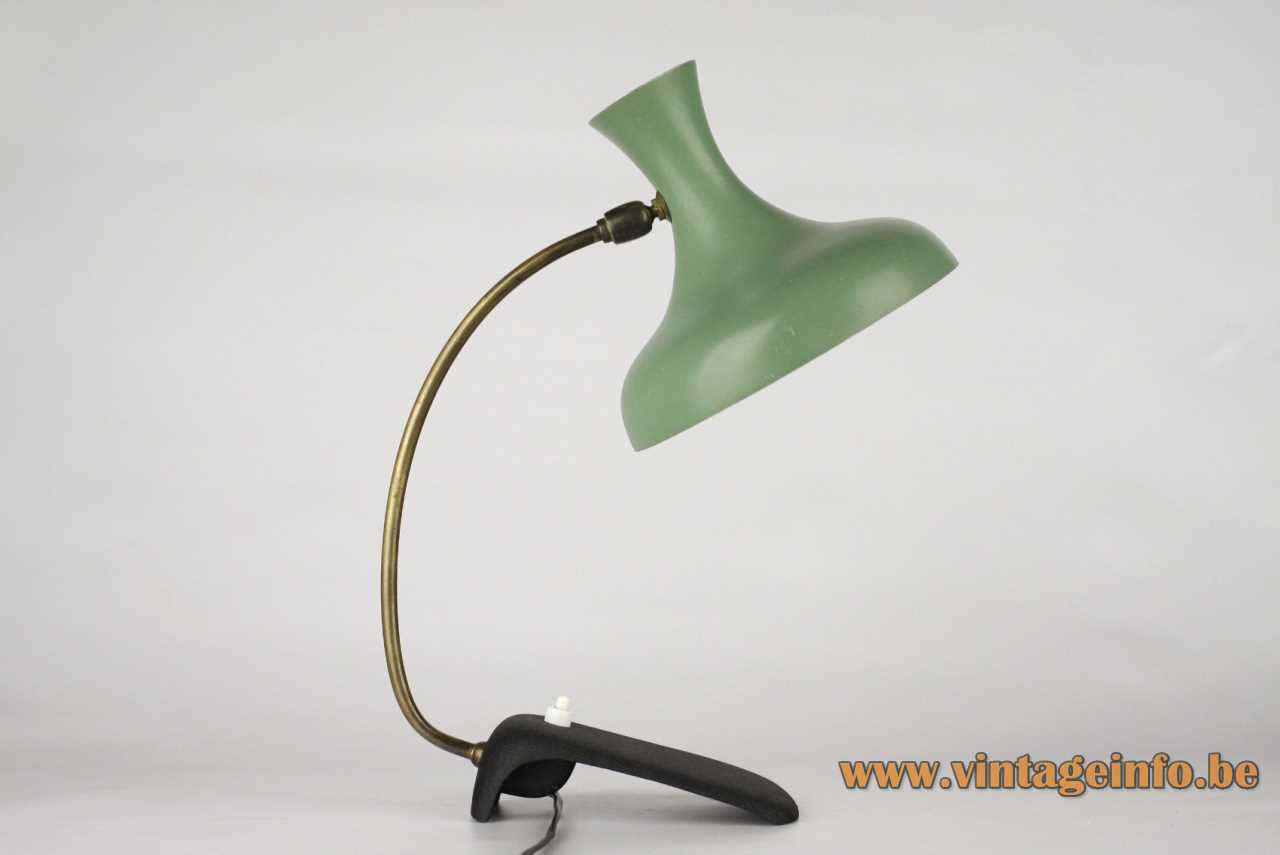 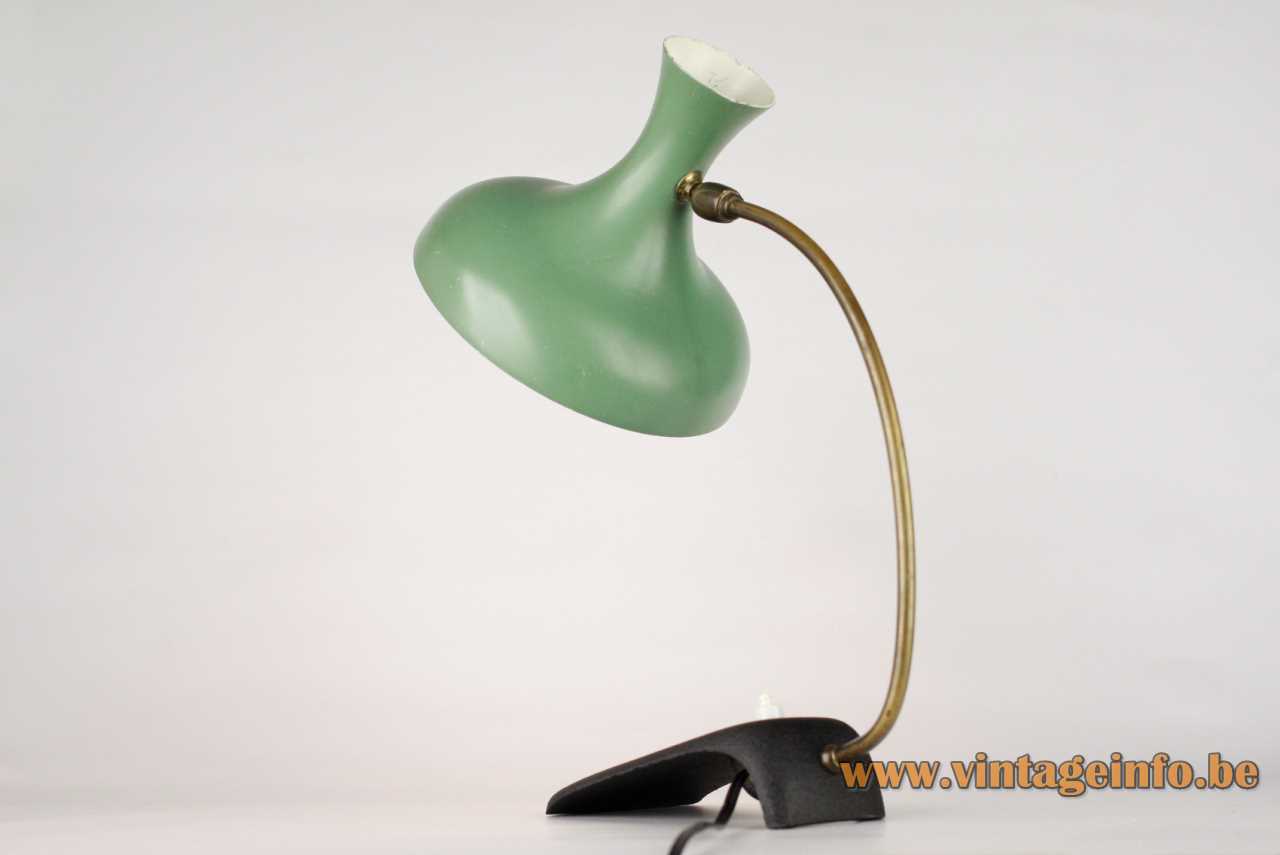 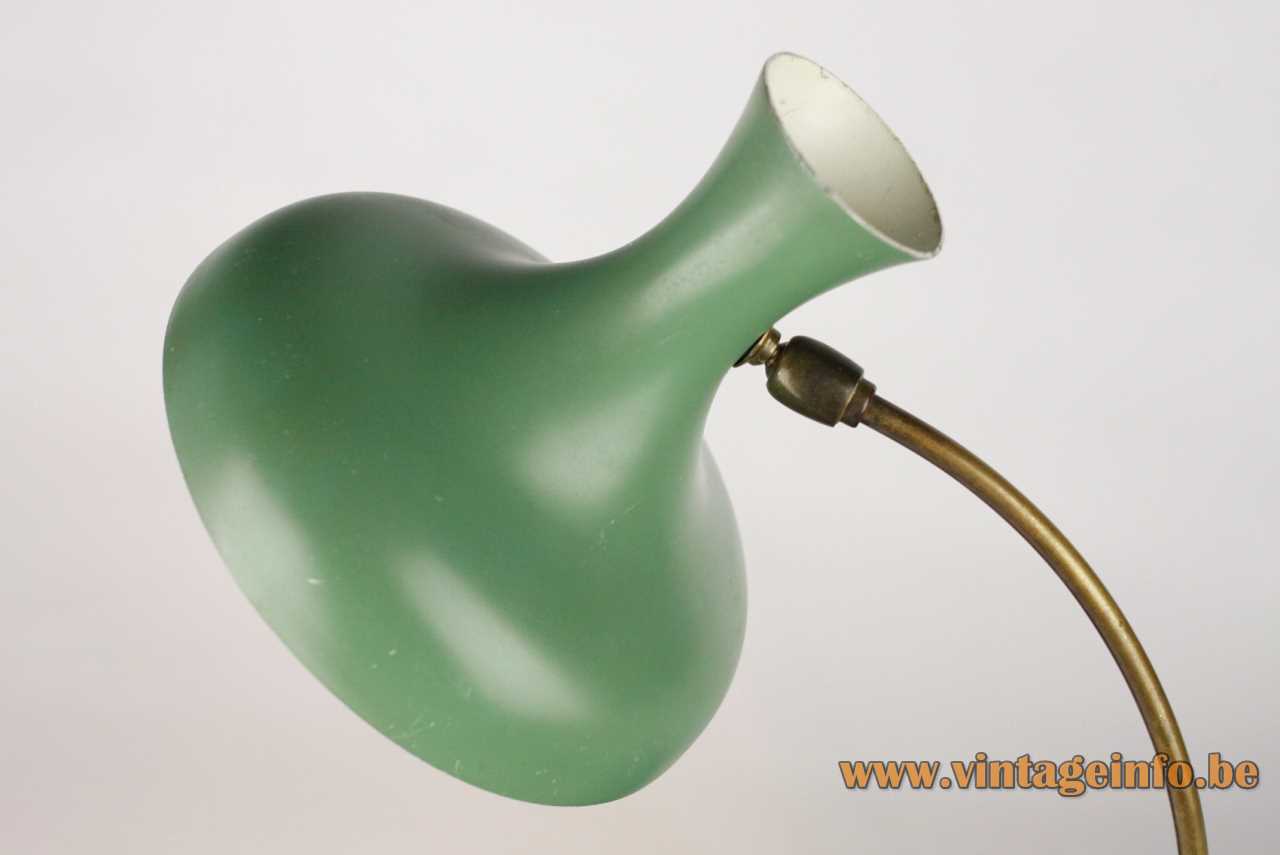 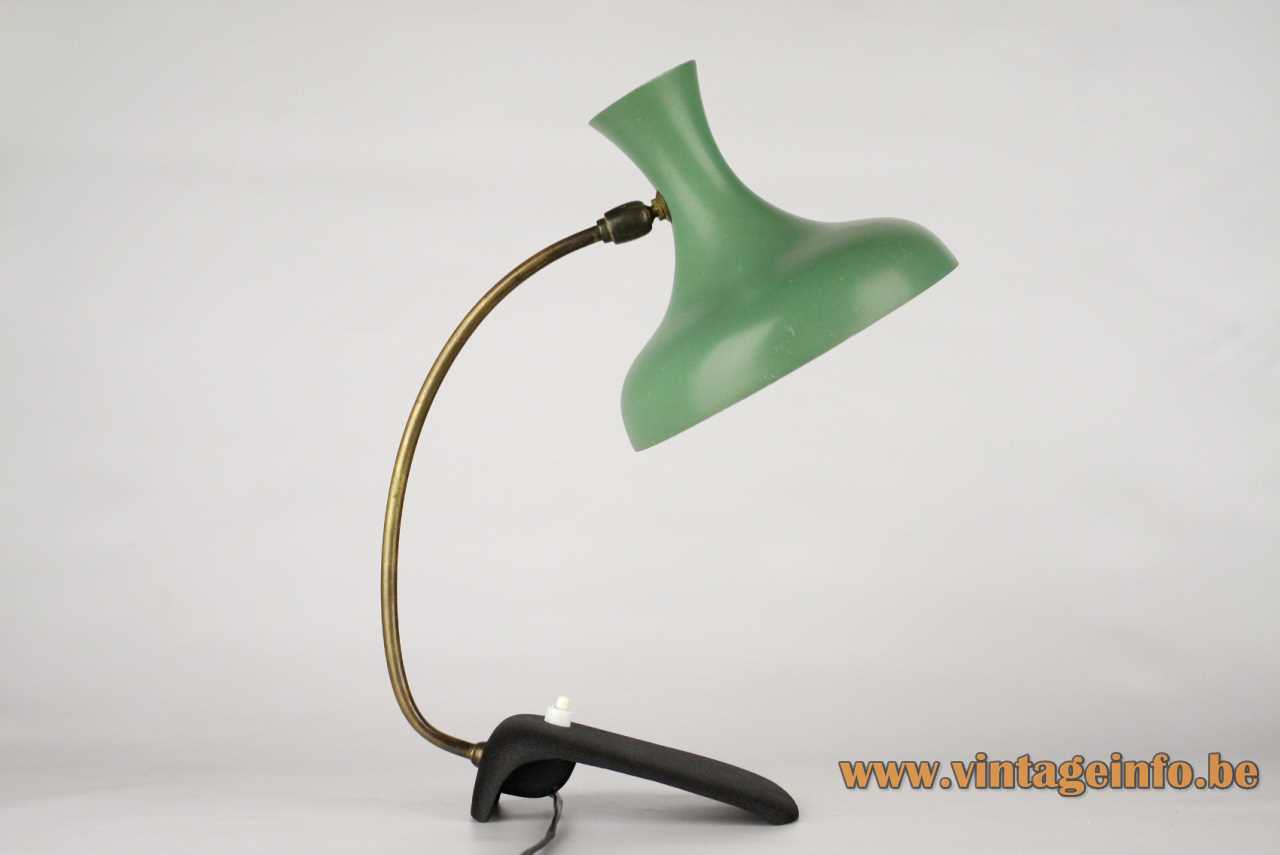 Desk lamps with the same lampshade and different parts

Other versions: This  diabolo Erpé desk lamp exists in two sizes. The bigger lamp has an E27 socket. Also made with an aluminium (sometimes perforated on the top) lampshade and made in several colours. Also produced with a goose-neck instead of a rod. The cast iron base was also used for other desk lamps.

Often said that this diabolo lampshade is a design by Louis Kalff (Philips), but those are false assumptions.