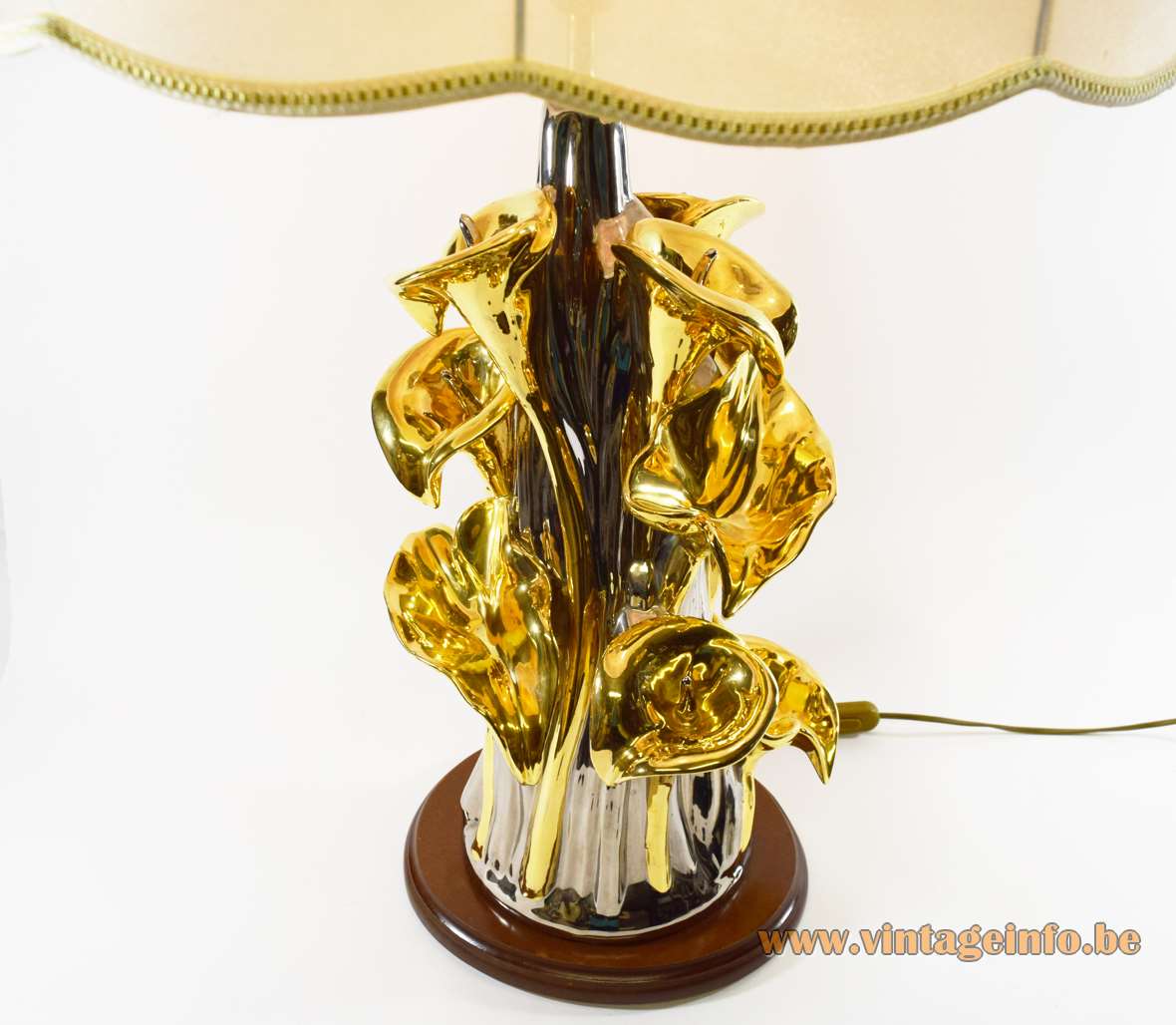 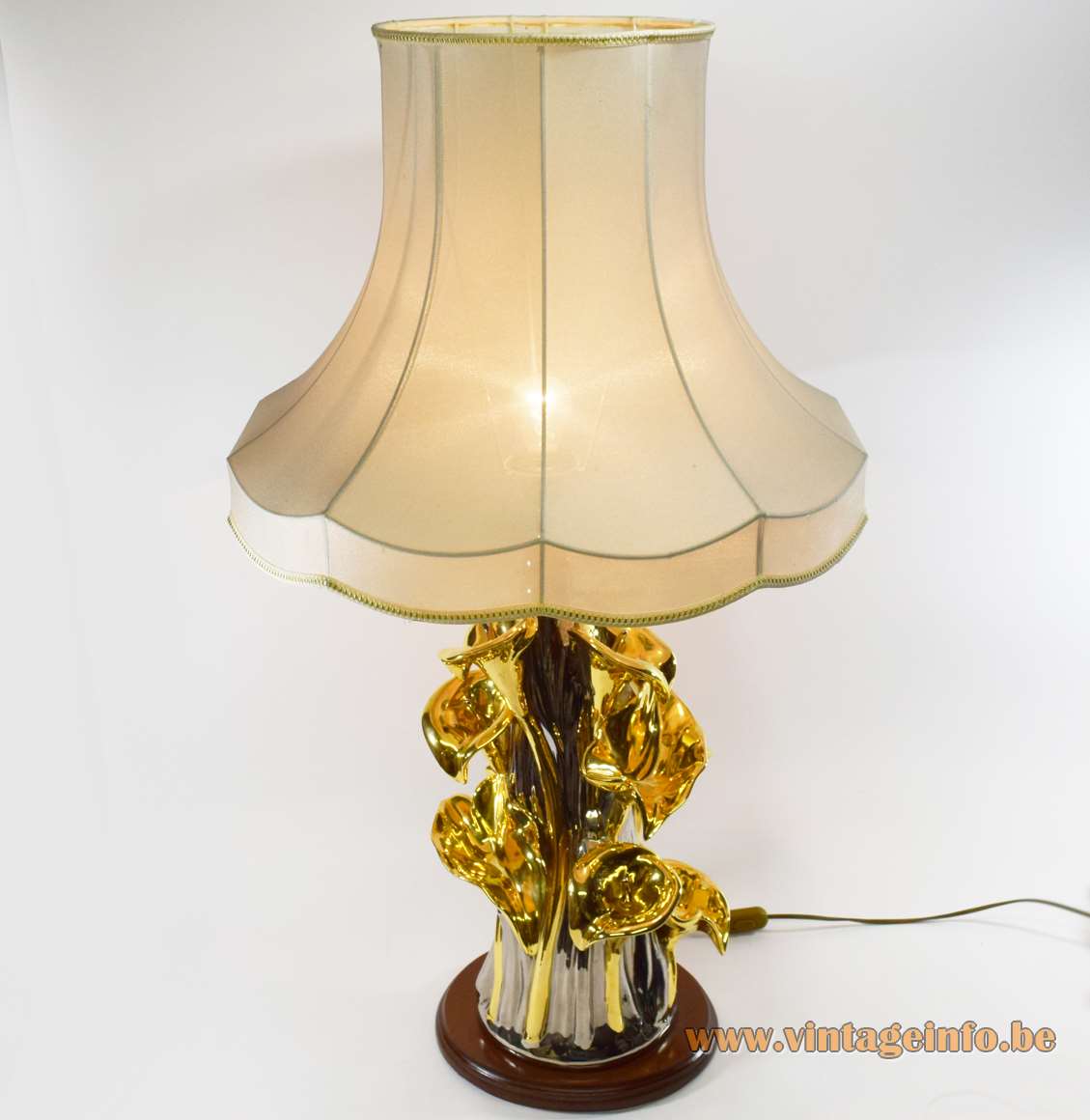 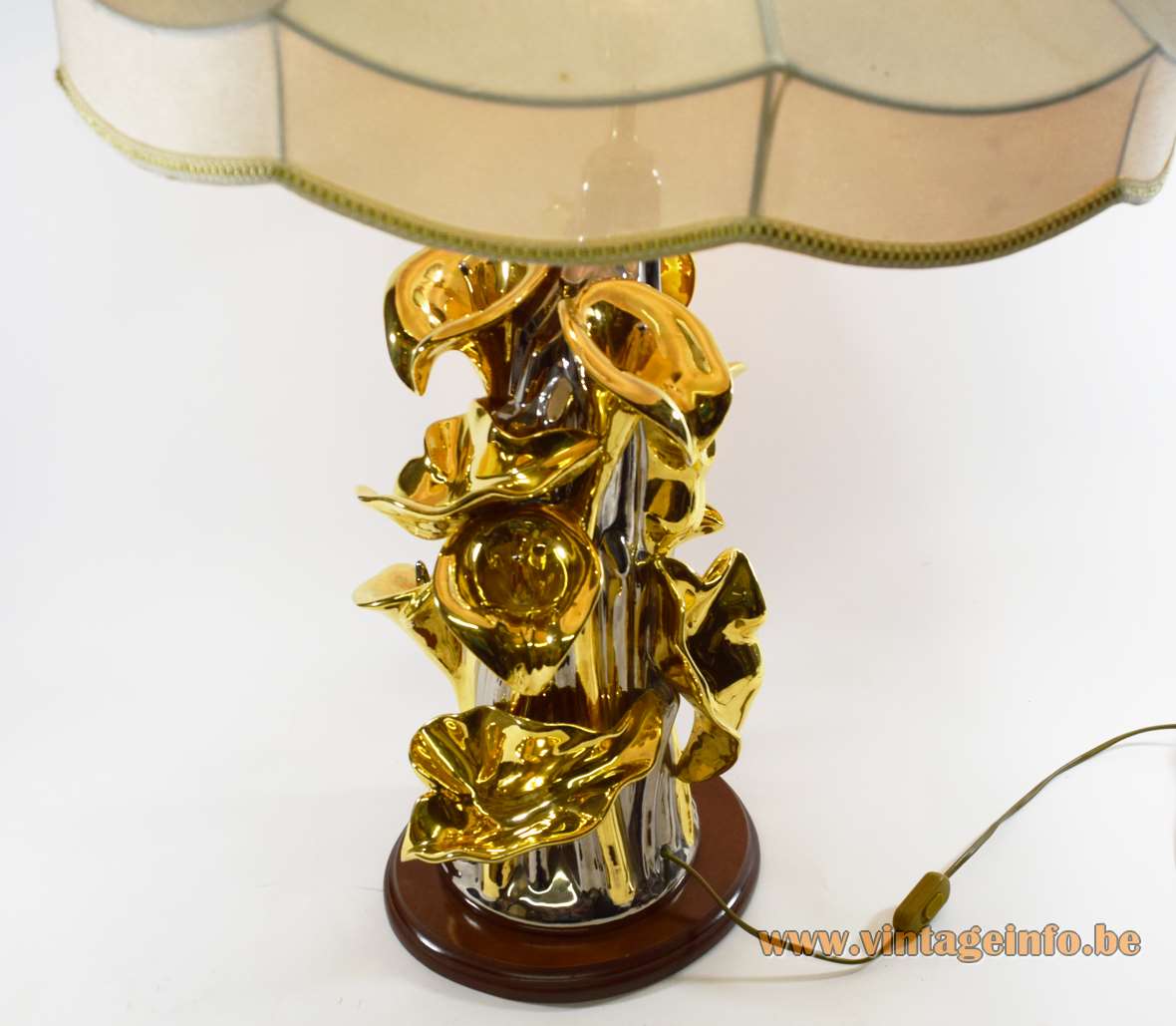 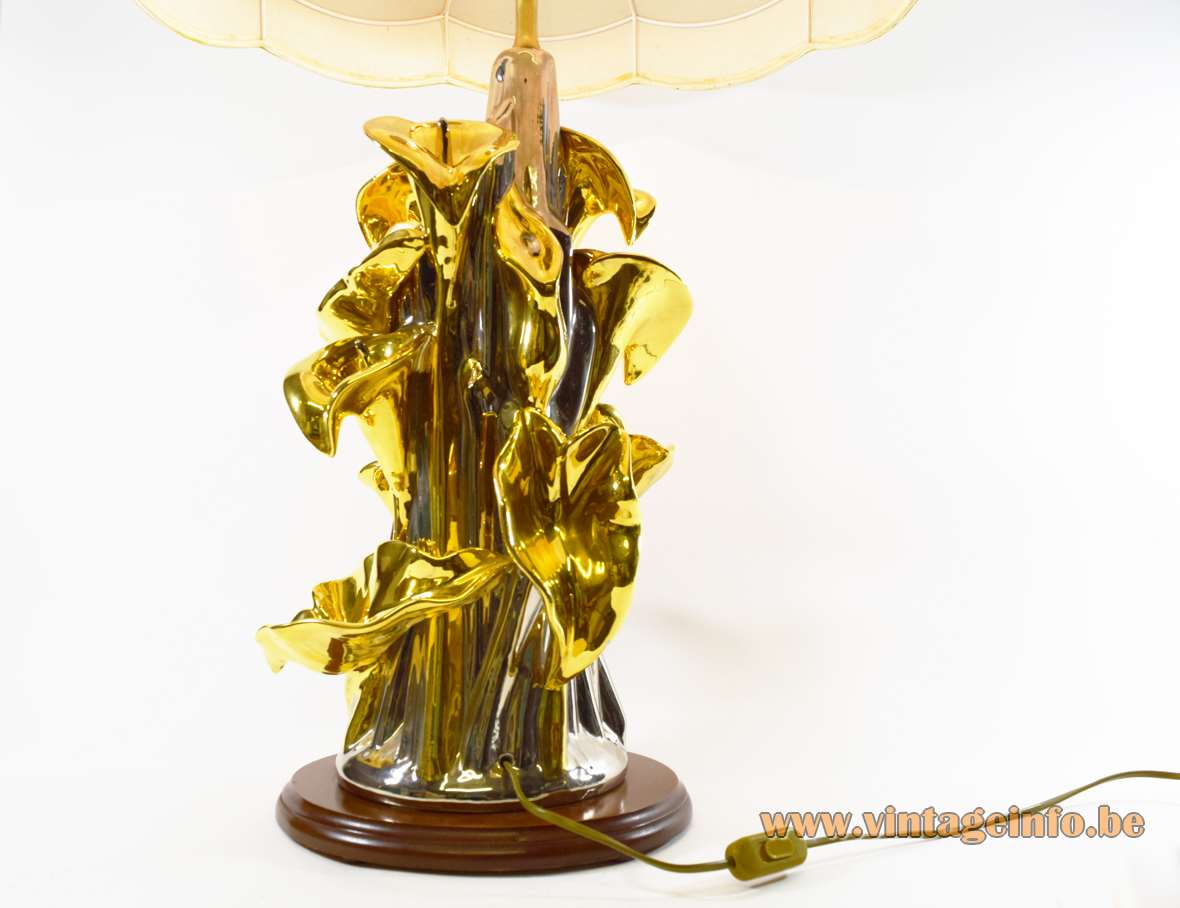 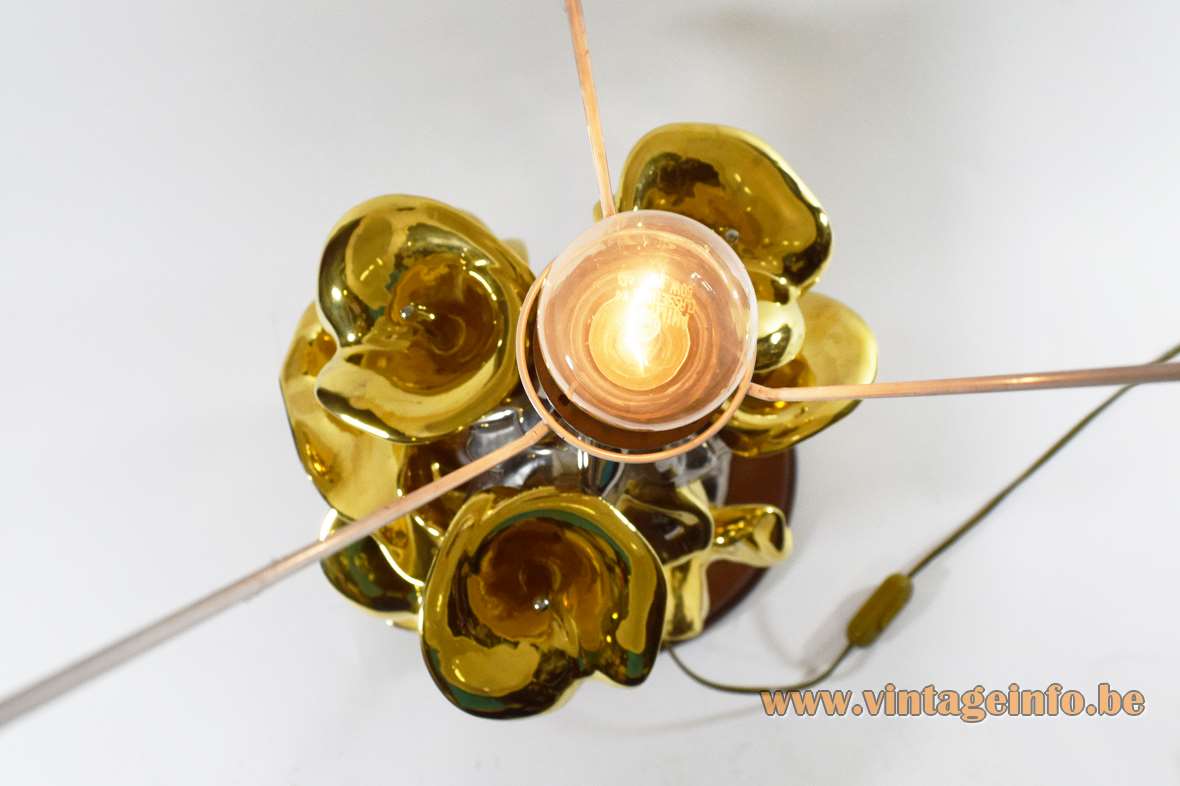 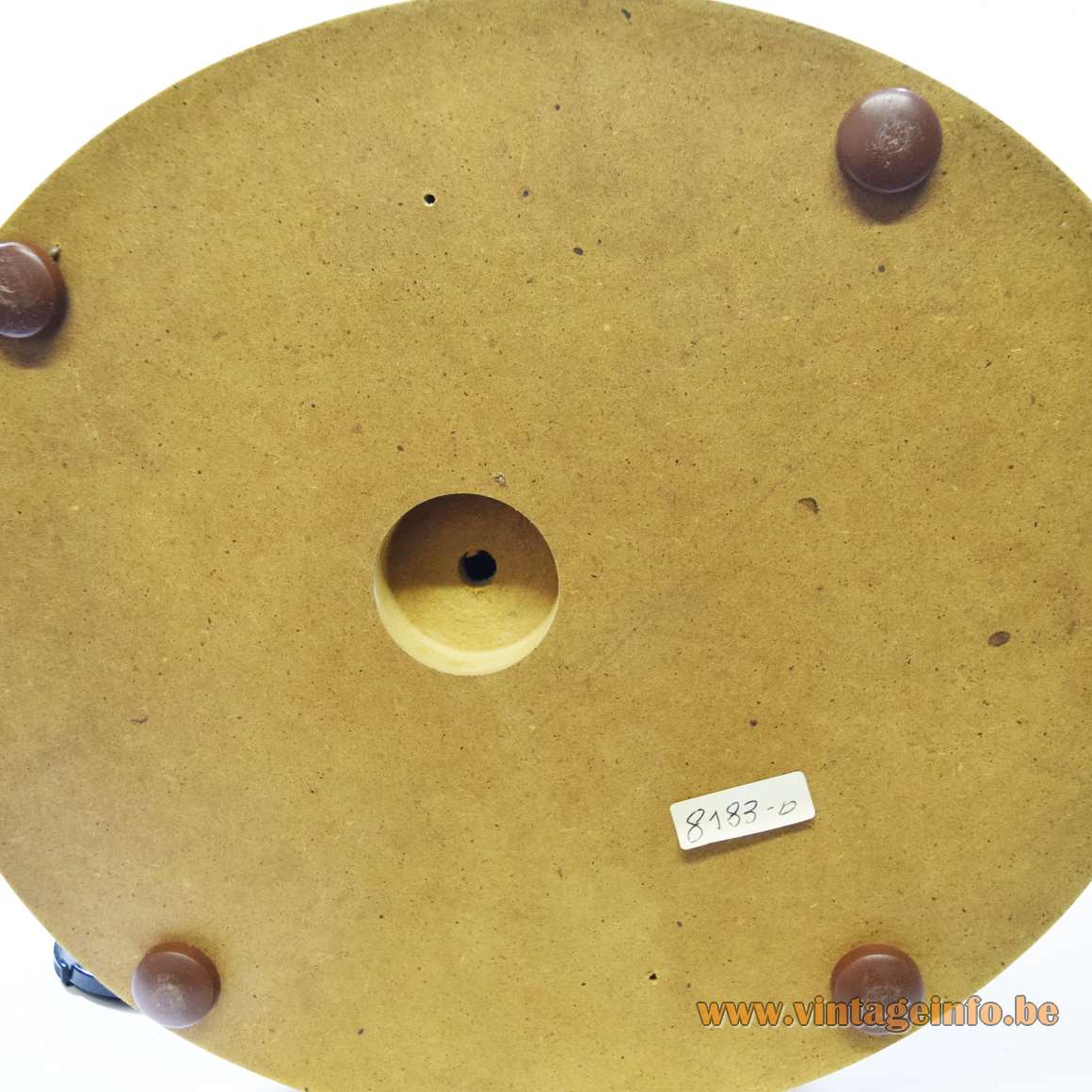 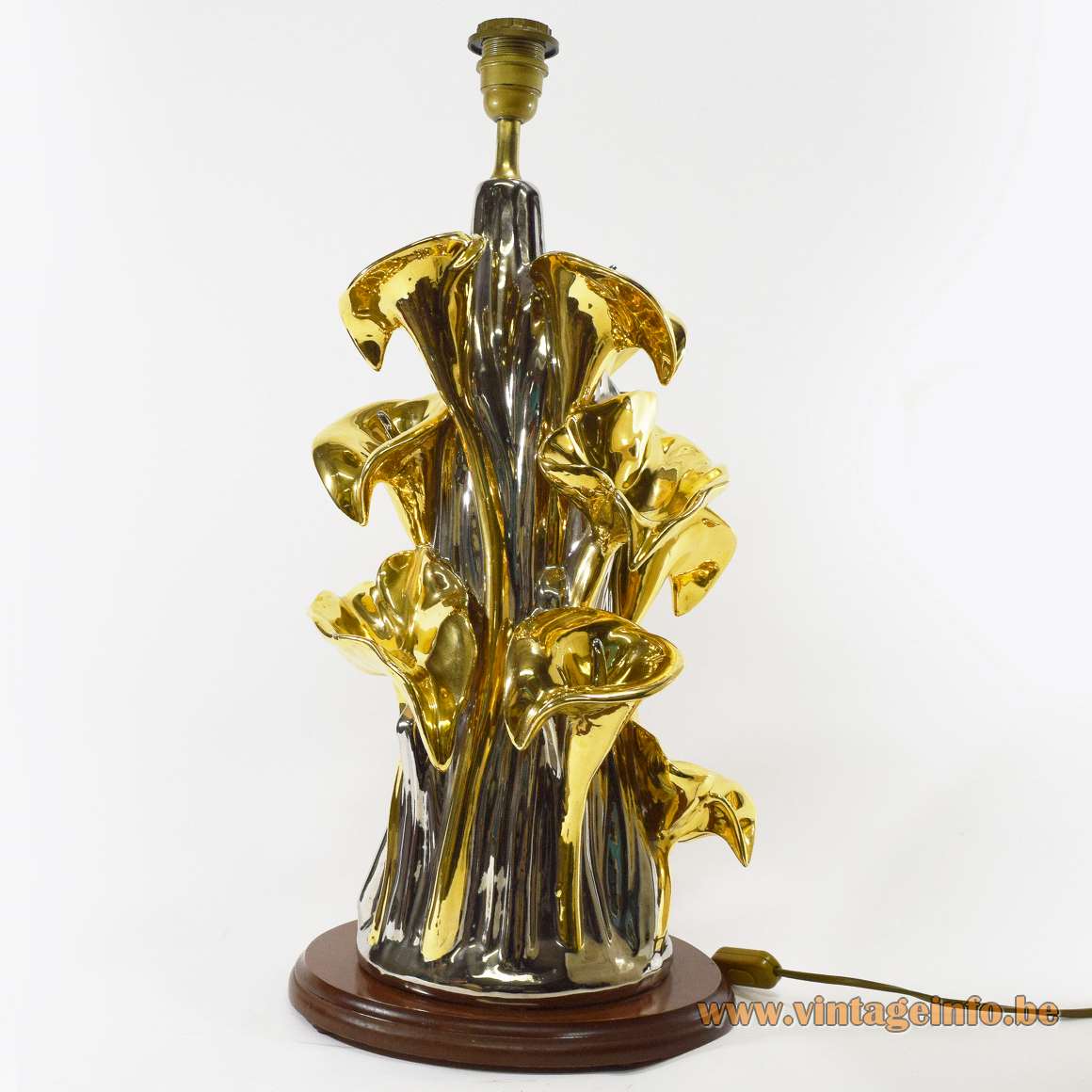 Other versions: Many other ceramics with gold and silver were produced at that time.

This huge arum table lamp has no markings, because the base is glued on a wooden plate. Probably they are on the bottom of the ceramics… A label is present, but it’s only the model number: 8183. Other lamps made by Zaccagnini also have a four-digit number with a scribble behind it as you can see on another lamp.

The company’s first ceramics focuses on the production of historicist-type earthenware and majolica, often inspired by the ancient Della Robbia models.

The company, with which the five sons of Zaccagnini Urbano, Pietro, Prisco, Adele and Enrichetta collaborate, moved to Florence in 1912 where it expands the production. The company exhibited at the Florence Crafts Exhibits, as well as the Triennale di Milano (Milan Triennale) and Trade Fairs.

After Ugo’s death in 1937, his son Urbano became company director. In the same year, thanks to the capital introduced into the company by the industrialist Aristide Loria, the company became a joint-stock company and invested in modernization and production capacity. The name changed in Società Anonima Ceramiche Zaccagnini. In the factory worked more than 120 employees and it begins to export its products to the United States.

At the end of the 1930s, Walt Disney entrusted Zaccagnini the ceramic construction of the characters of their cartoons, ensuring that the Zaccagnini name became well known in the US. (by 1958 the company had produced some 150 different Disney sculptures). Zaccagnini made special commissions for the Mussolini family, and was exhibited in the 1940 Triennale di Milano.

The company was inactive during World War II and reopened in 1945. Zaccagnini reached peak production the late 40s and 50s, during which many Modernist-inspired ceramic works were produced. In the US much of the Zaccagnini from this period was likened to the Hollywood Regency style.

In 1954 Pietro Zaccagnini died and in 1958 Urbano Zaccagnini left the company and opened his own studio in the capital city of Tuscany, Florence, and named it Urbano Zaccagnini Ceramiche Artistiche (Artistic Ceramics). The company remained active until 1964, when Urbano died. The following year, Prico, the last remaining brother, died.

Not much information to be found about the following years, Zaccagnini S.p.A. remained opened until 2000.

This typical silver and gold painted ceramics were also produced by other companies in Italy. Porcellane San Marco Italia also produced many items the same way, also in the 70s and 80s. But this company always uses a round black and gold paper label.

All the electric parts of this table lamp were made in the 70s by Ticino, today named BTicino.