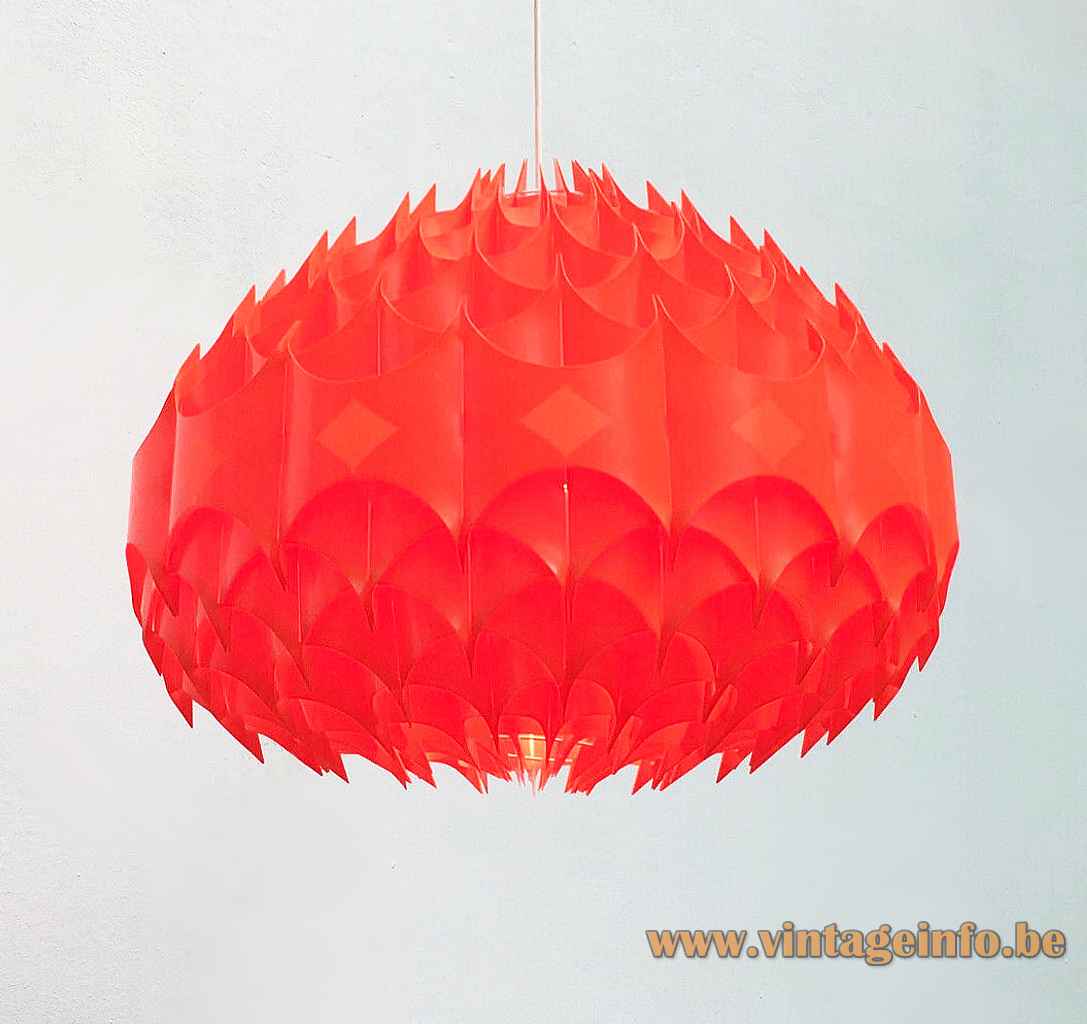 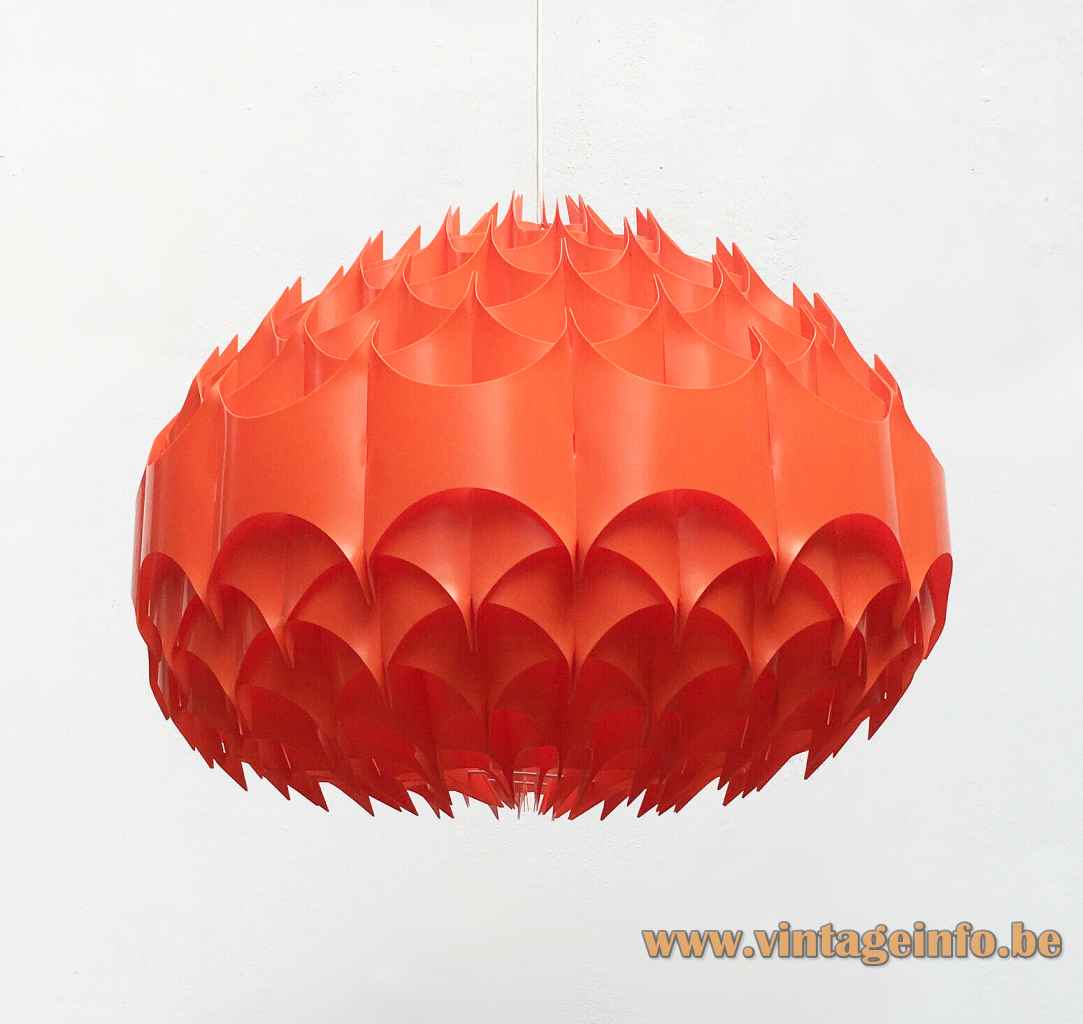 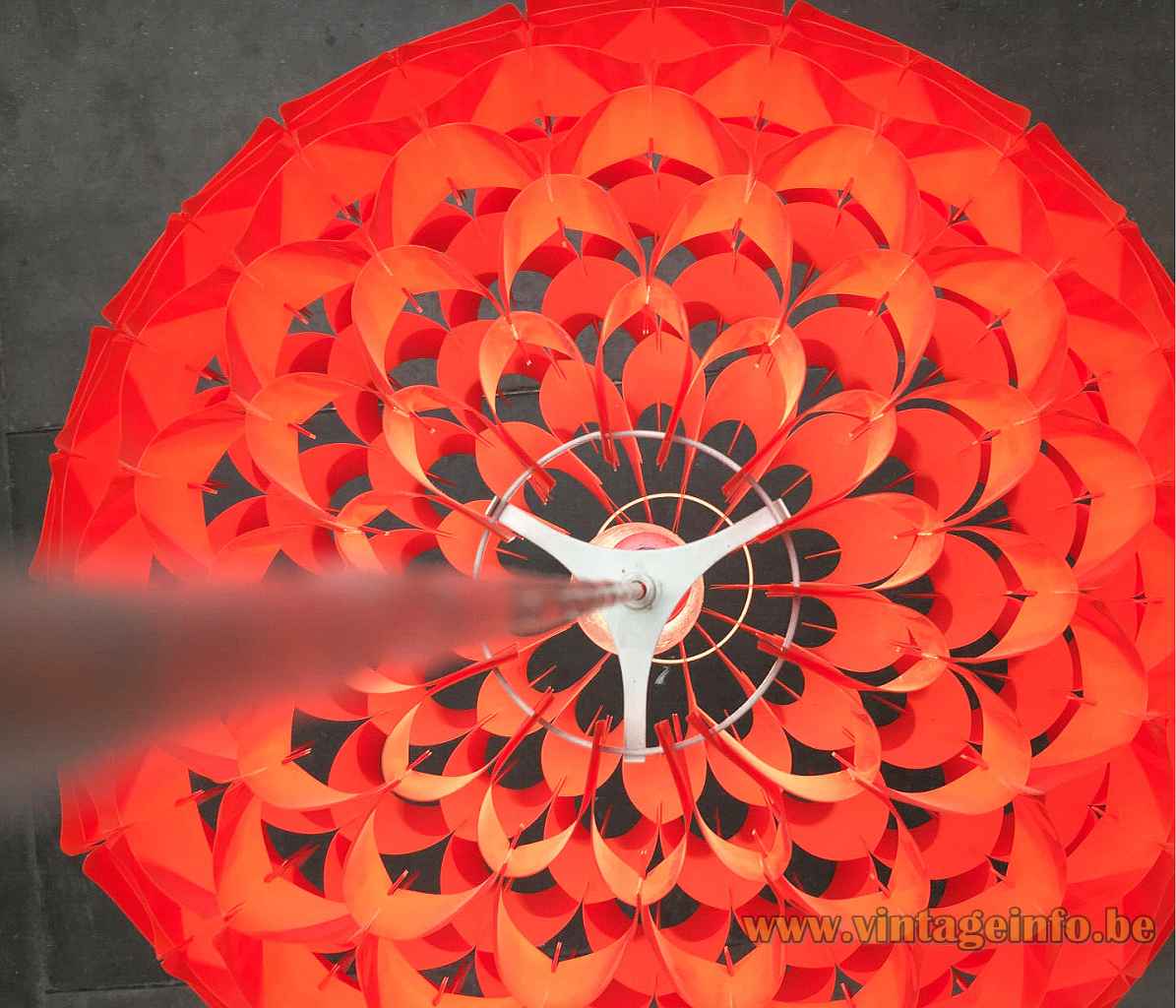 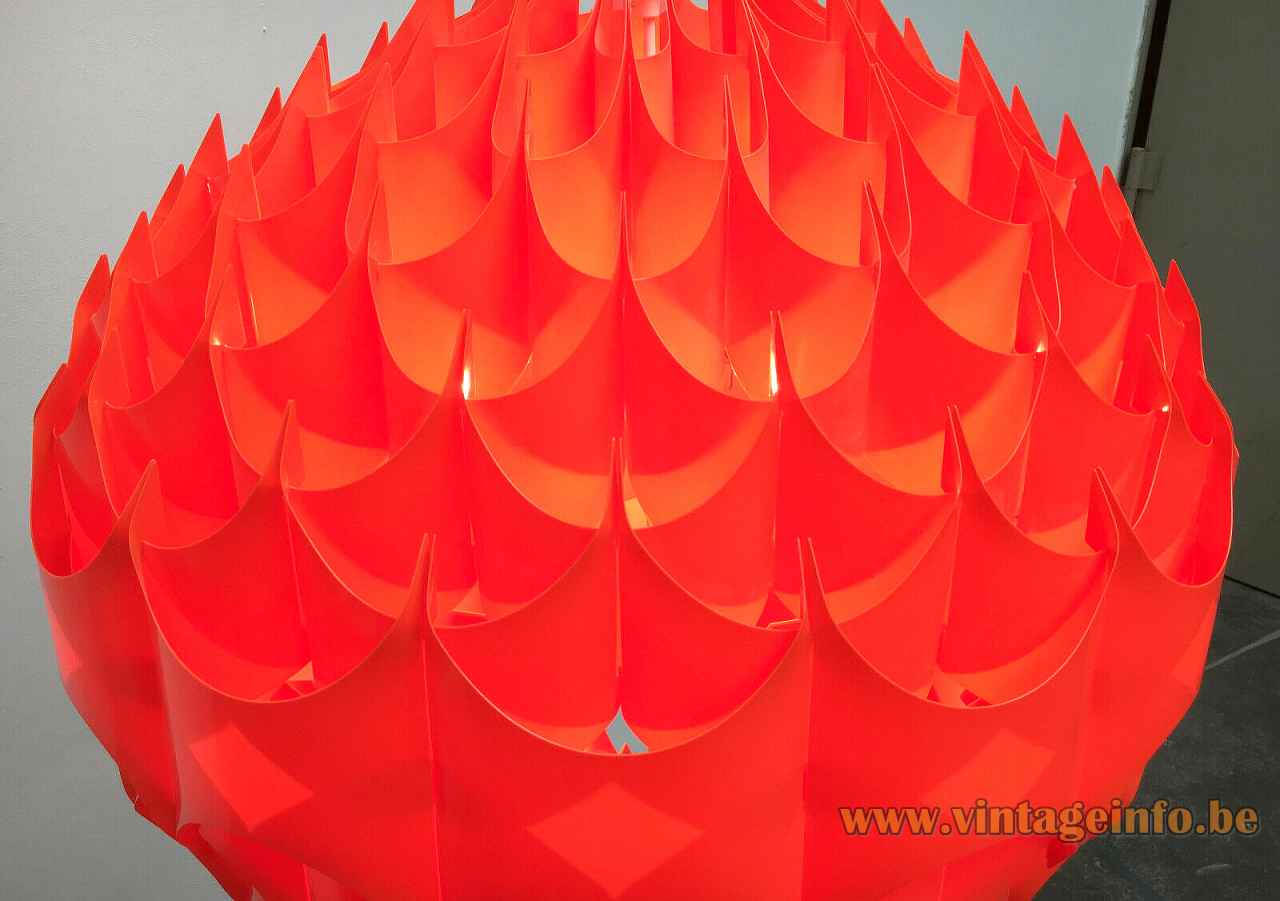 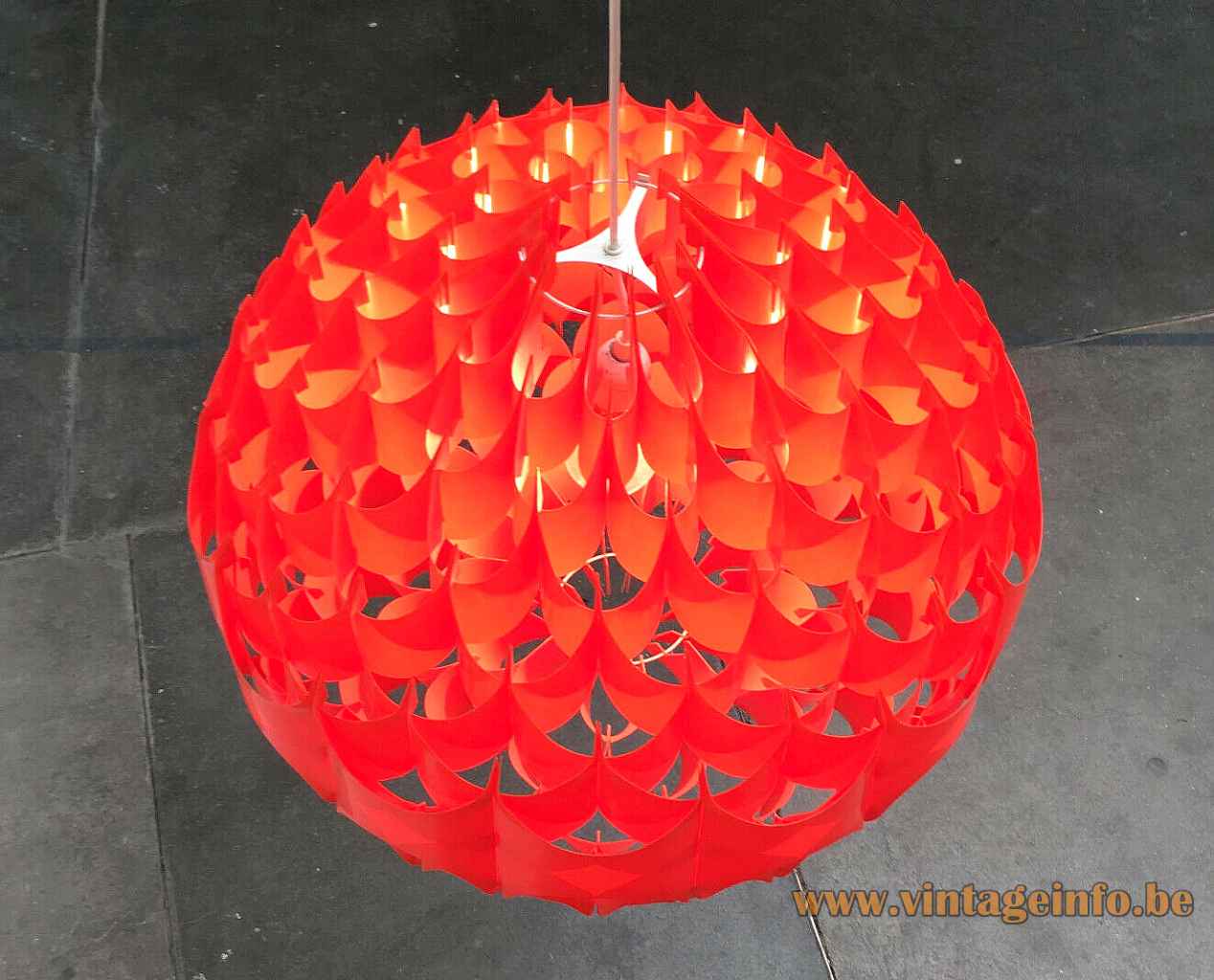 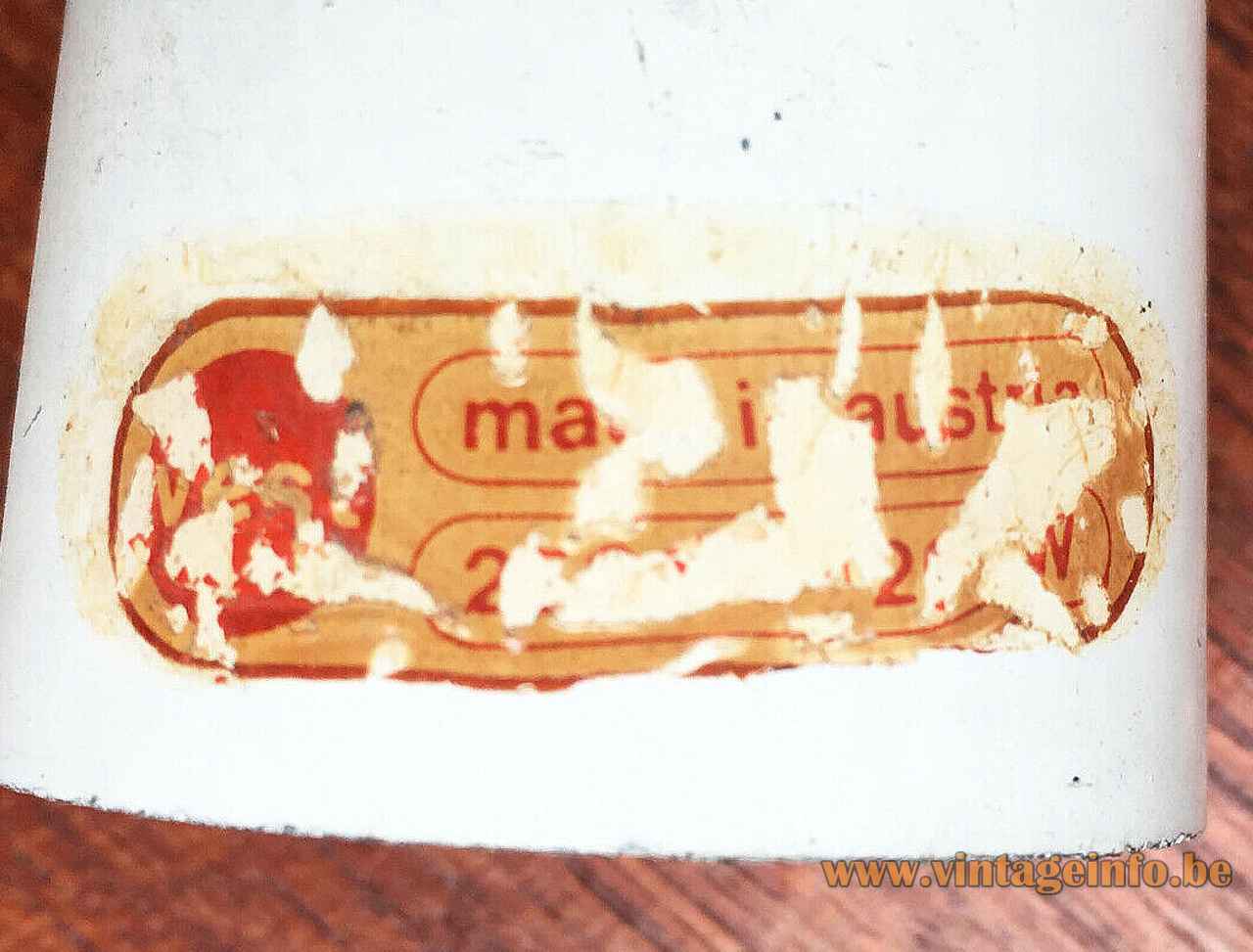 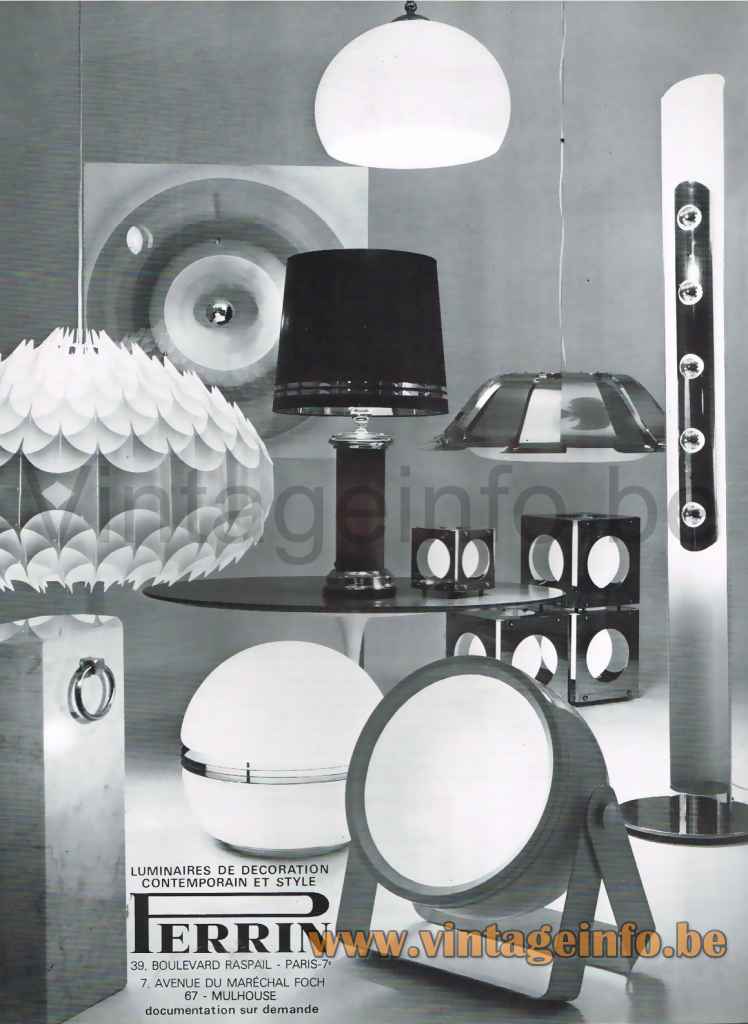 Unfortunately no information can be found about the designer. It appears that she designed this lamp in 1968. Always said that Milanda Havlová is an Hungarian designer but Milanda is a exclusively Croatian (Yugoslavia at that time) female name. It is a very rare name. Today, 2020, some 10 people in Croatia exists. Do you have an idea about the designer? Please let us know through the contact form and help improve the websites exactitude.

The Vest Leuchten company was founded in 1953 in Vienna, Austria. They produce luminaires and lighting systems in small batches. Vest is also a retailer with a showroom in Vienna.

In Germany pendant lamps made by Vest were sold by Sompex GmbH & Co. The company is well known for the lamps they produced that were designed by Paul Secon. They also sold Rotaflex lamps. Ateljé Lyktan sold them in Sweden. You can find the Vest Rhythmik pendant lamp in the catalogue here on Vintageinfo. In France they were sold by Perrin, as you can see in the 1972 publicity, together with several other nice lamps. In the USA these lamps were sold by George Kovacs and were named Rhythmic. 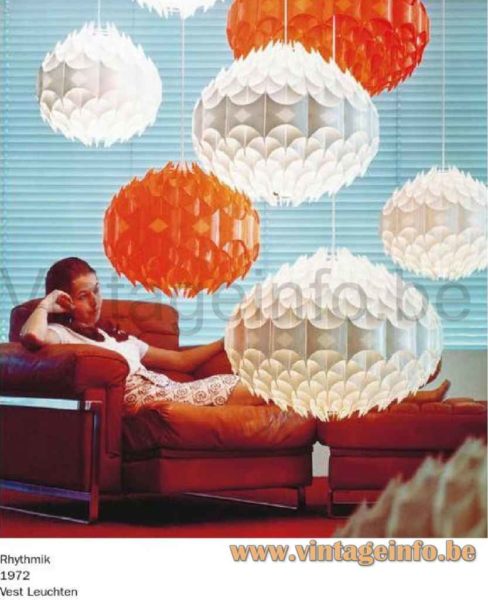 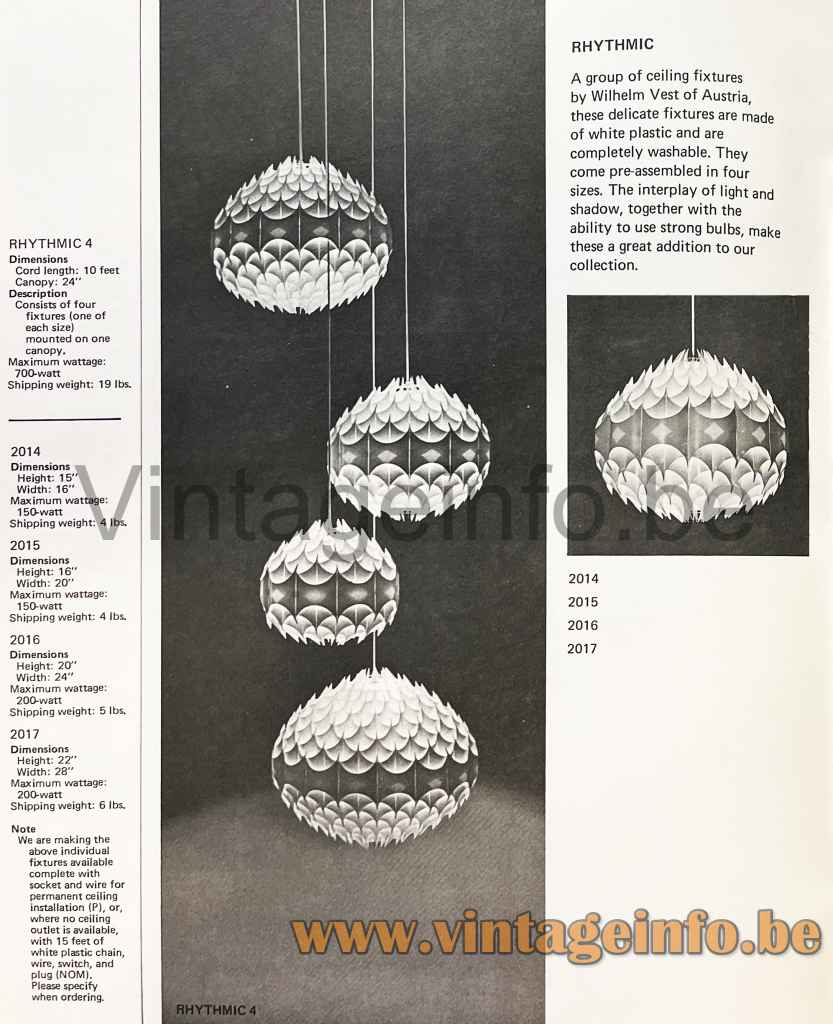