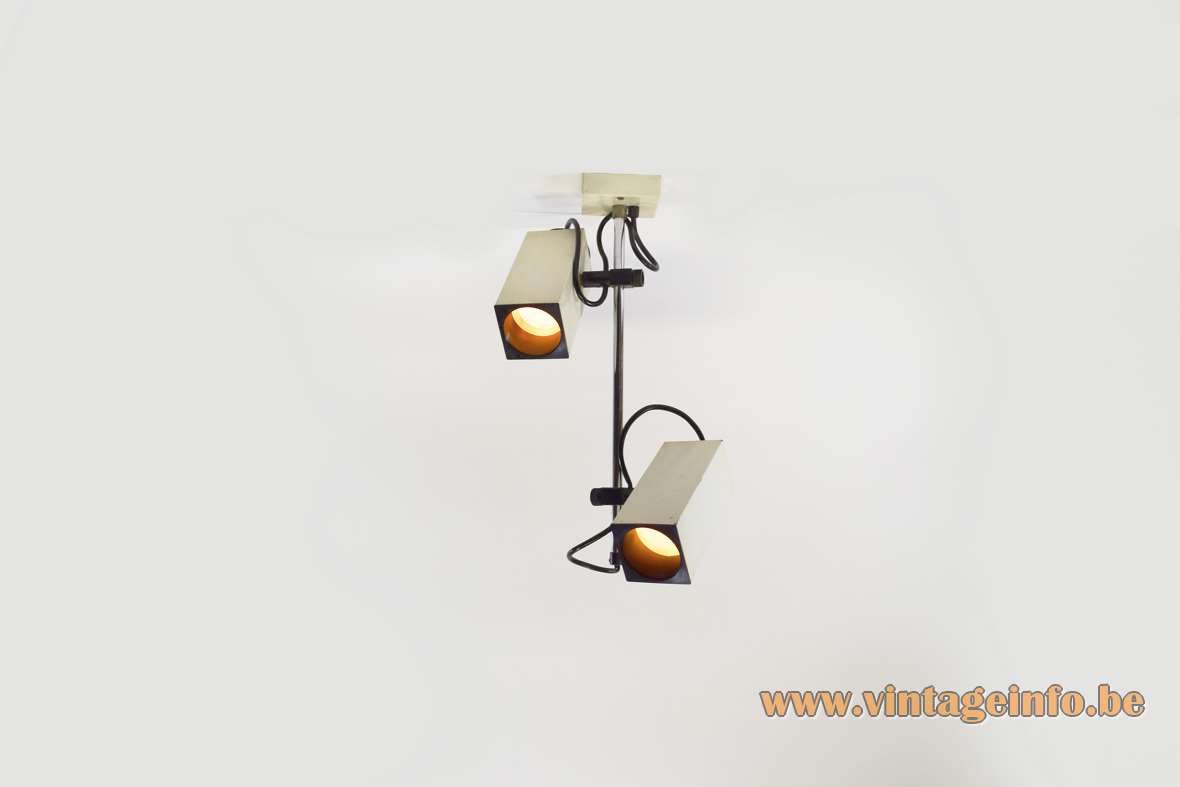 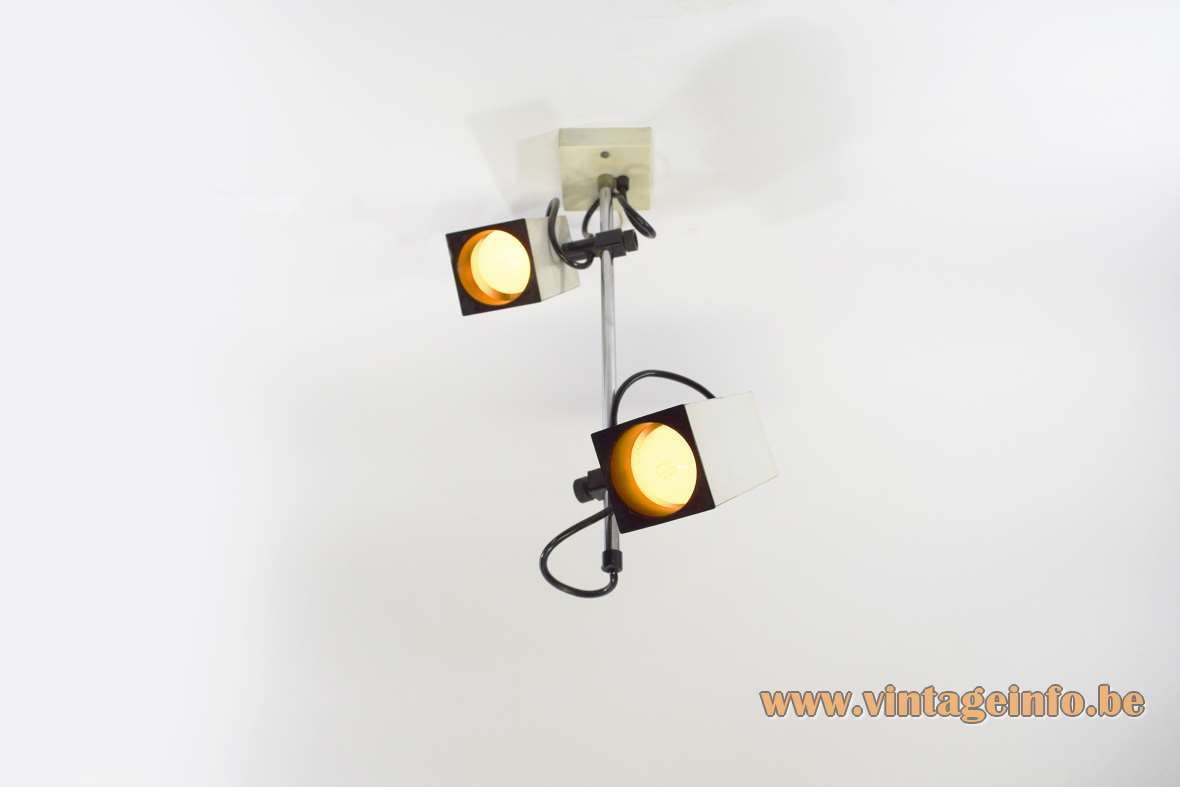 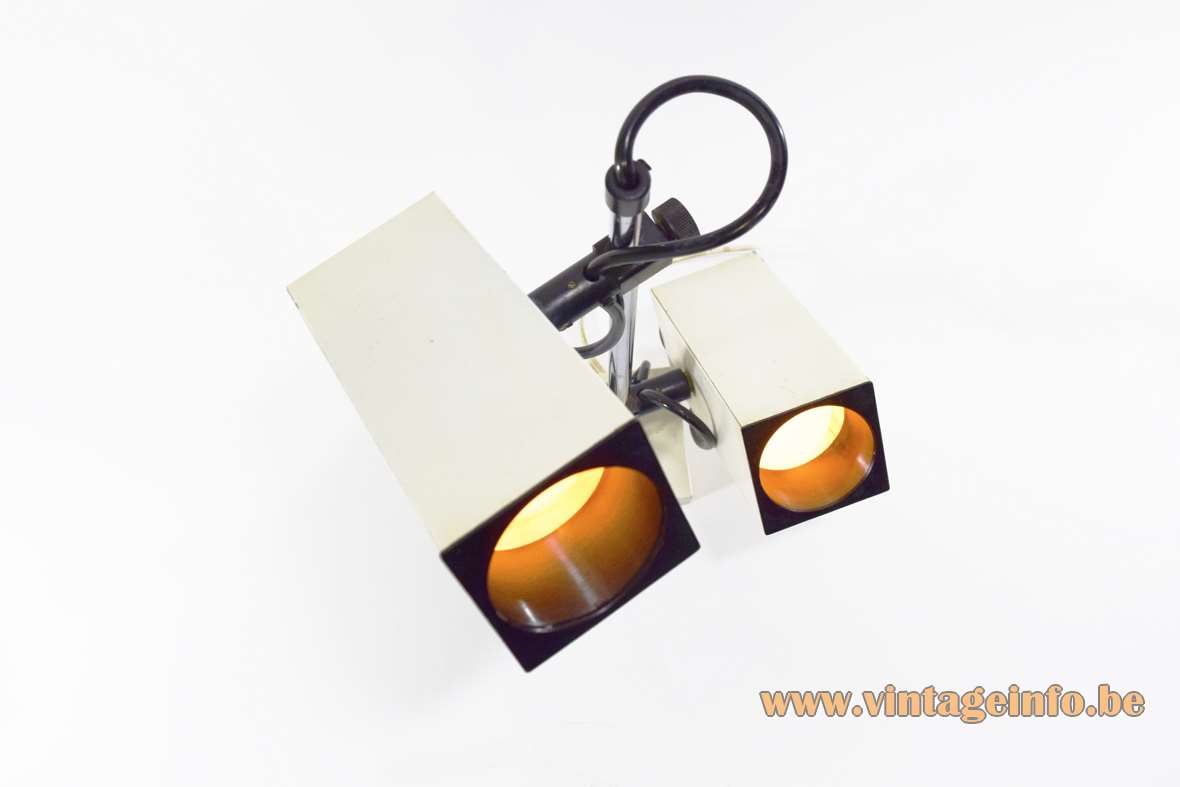 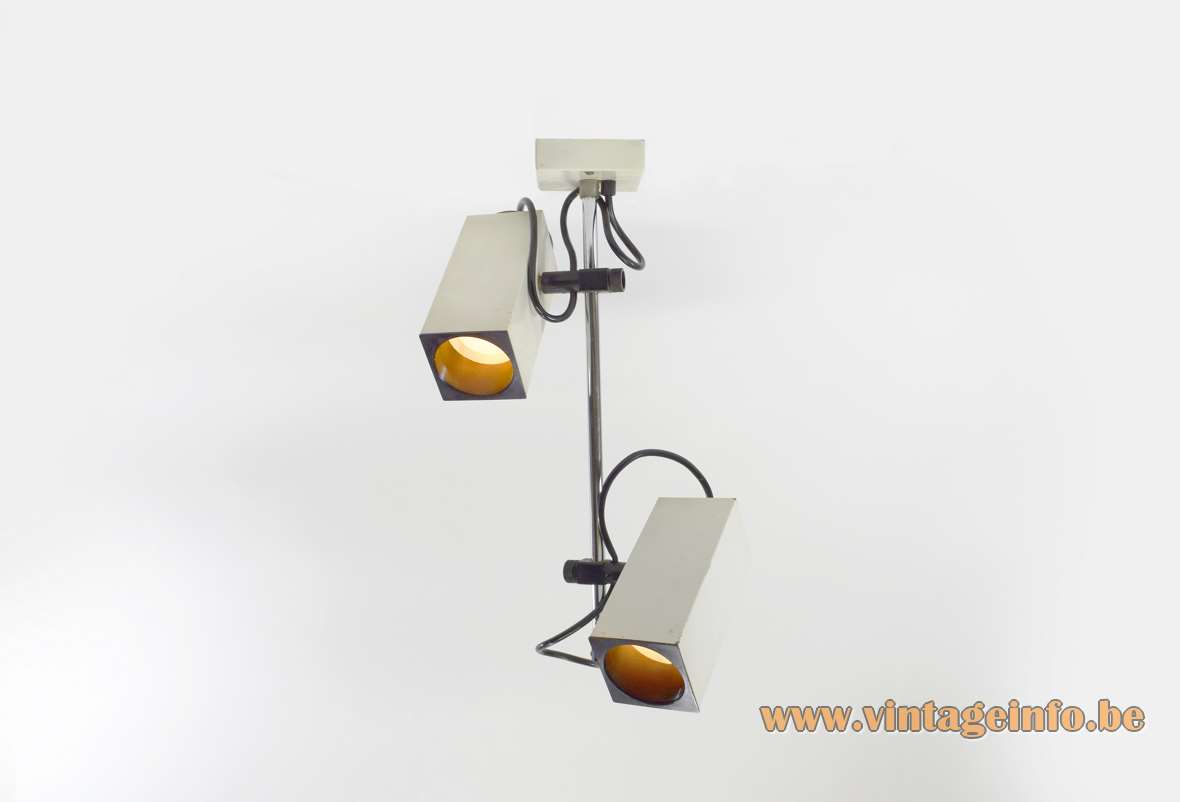 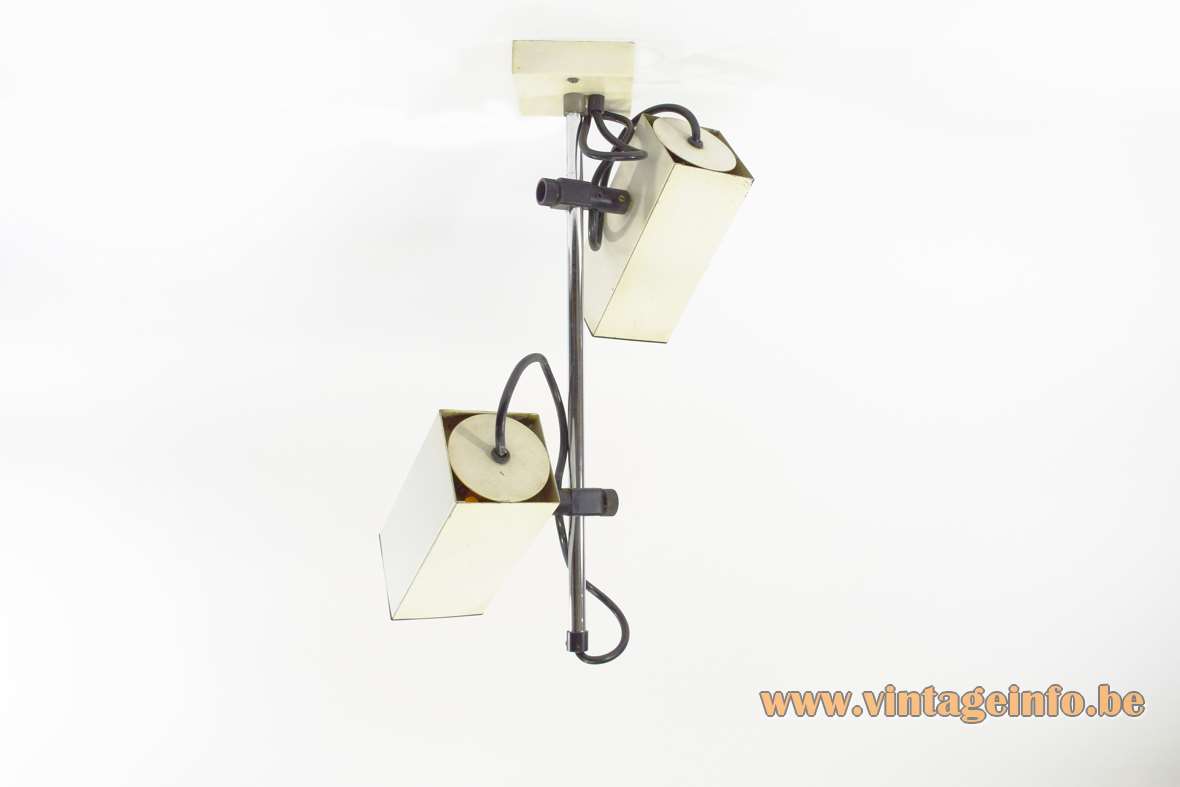 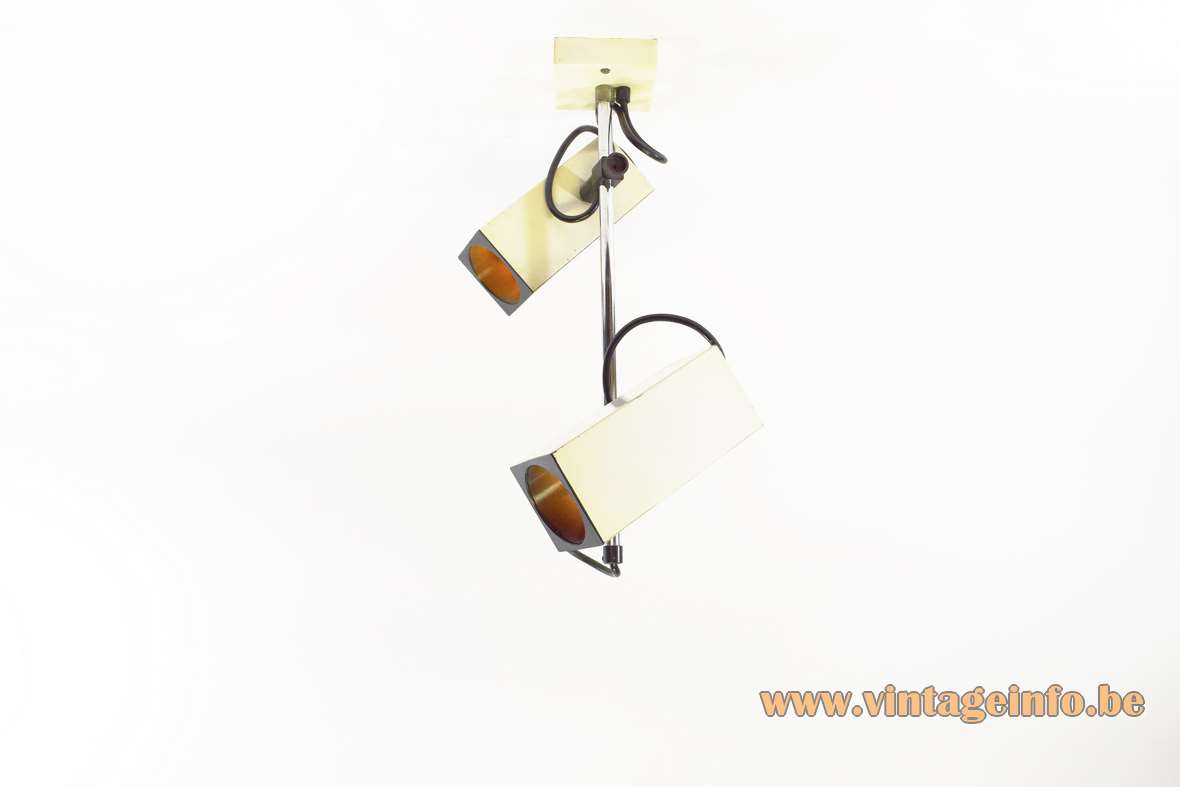 Other versions: This double spotlight ceiling lamp exists in several colours and was produced with 1, 2 or 3 lamps. Also made as a wall lamp and floor lamp.

The plastic mechanism with screws to adjust the spotlights for this lamp were made in Germany. On the plastic screws is written/pressed DBGM. In all probability these parts were made by the OMI company.

DBGM is not some type of company, but it is German for utility model, “gebrauchsmuster” in German. Only used in Germany and Austria: Deutsches Bundes-Gebrauchsmuster. To say it simple, the plastic mechanism is licensed for some period, most of the time 10 years: the small brother of a patent.

The OMI company is Otto Meinzer GmbH & Co Metallwarenfabrik from Iserlohn in Germany (Otto Meinzer Iserlohn). It is a manufacturer of chromed brass joints for the lighting industry. The company was founded more than 50 years ago. They never produced lighting. 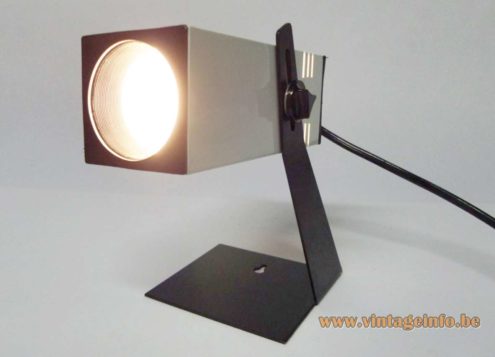