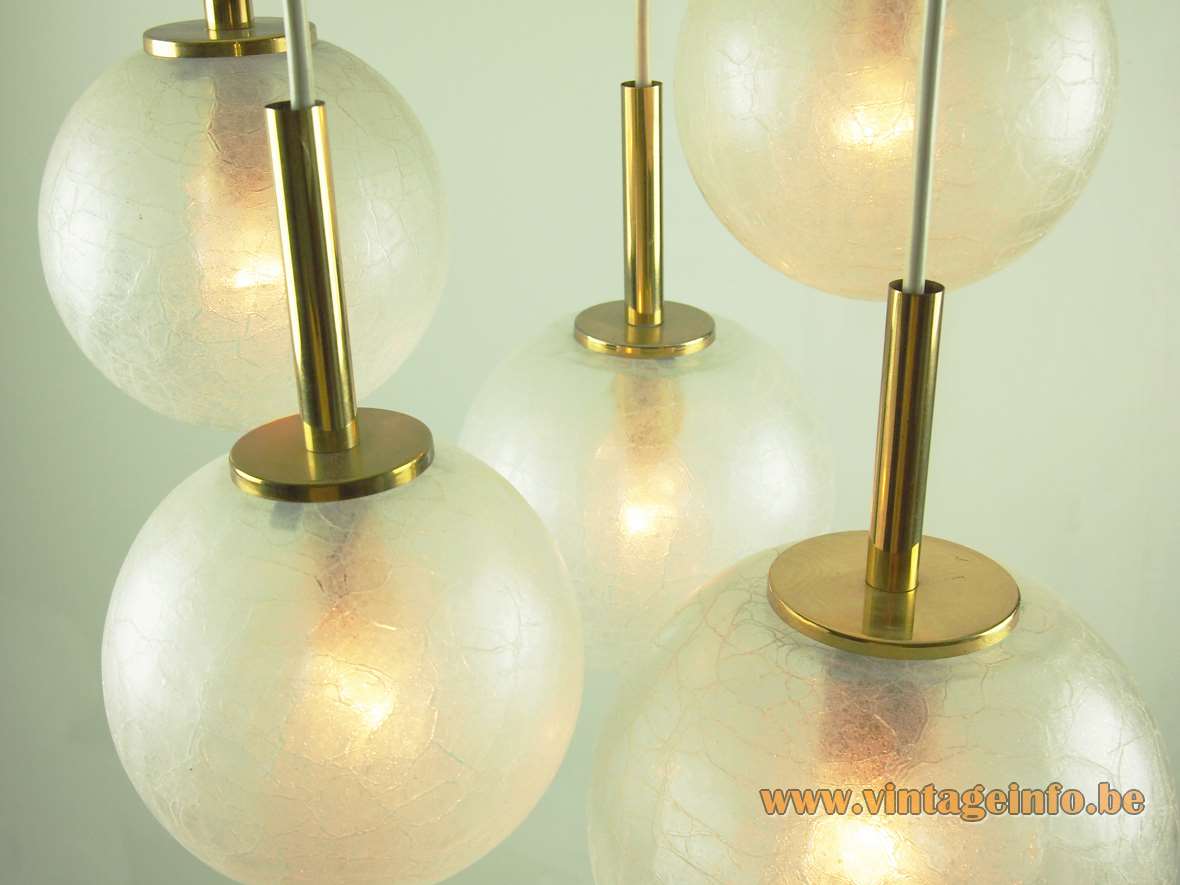 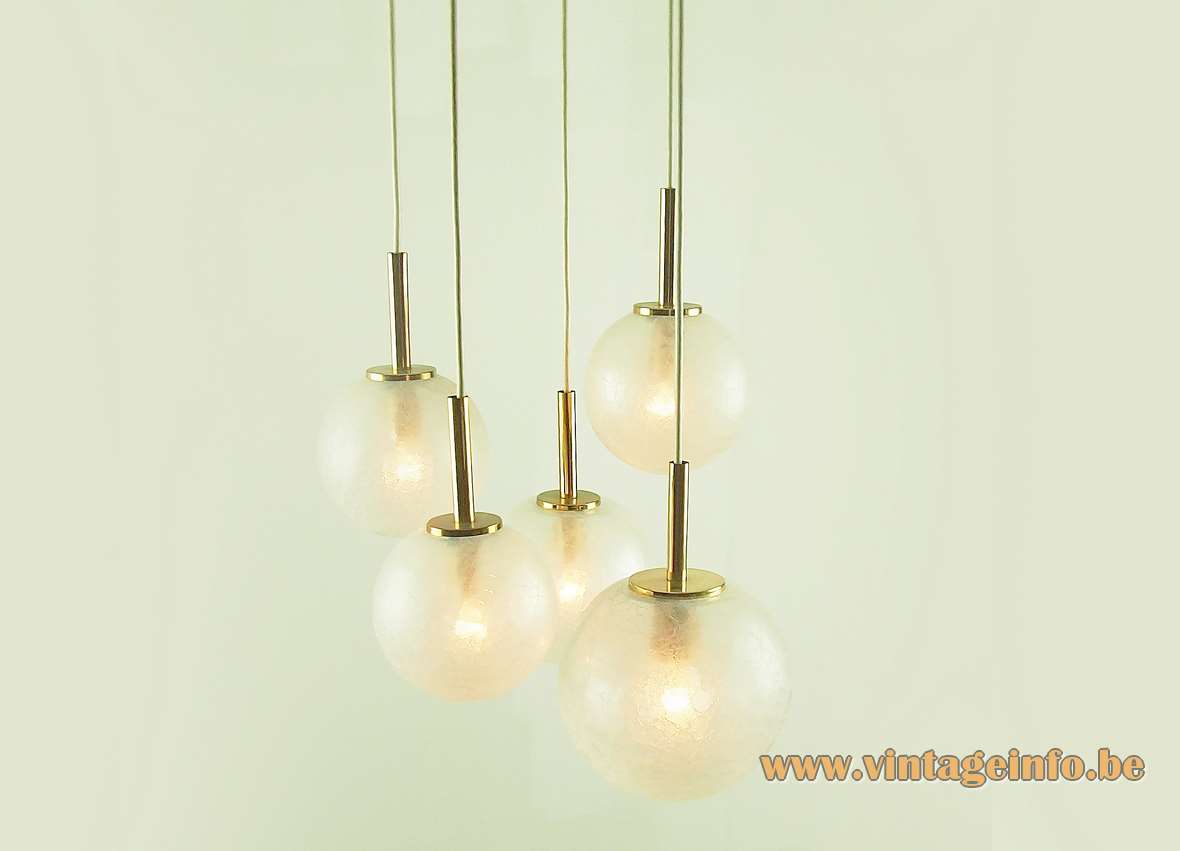 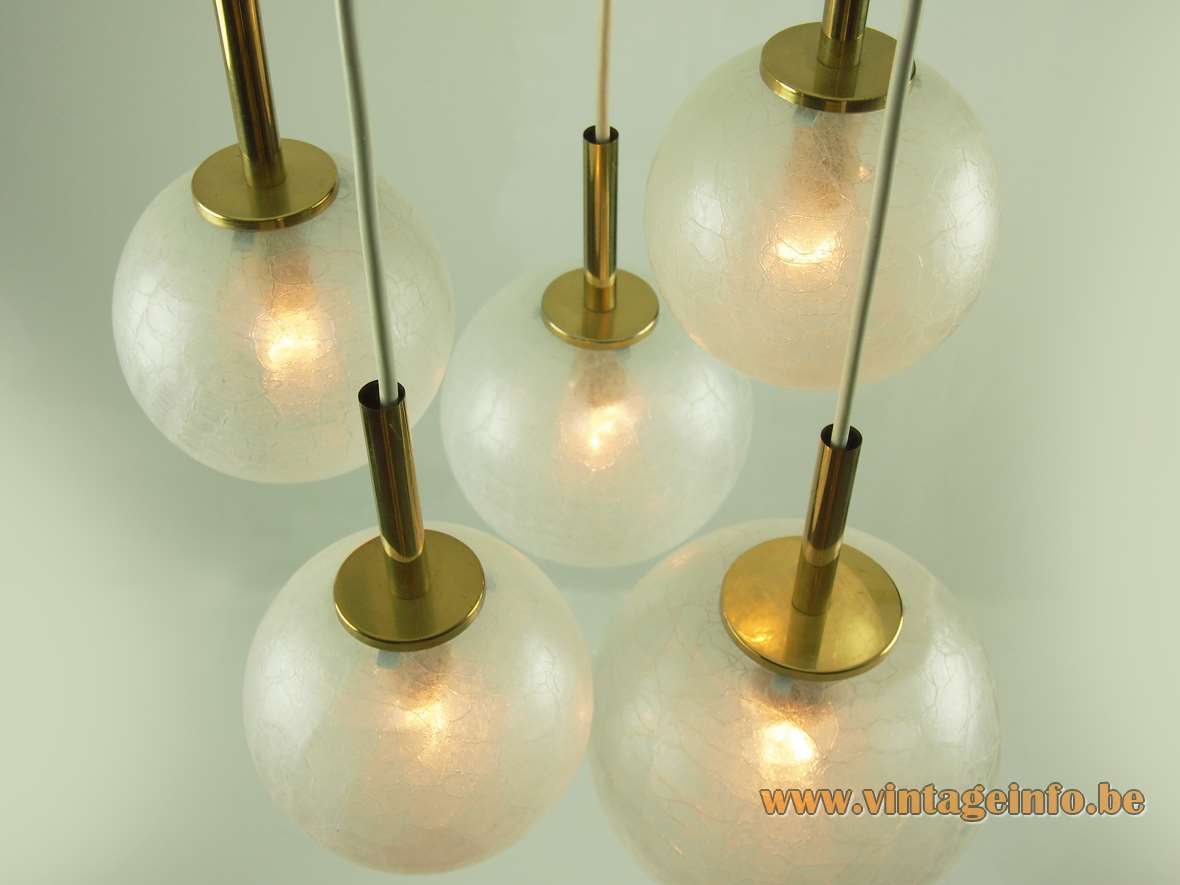 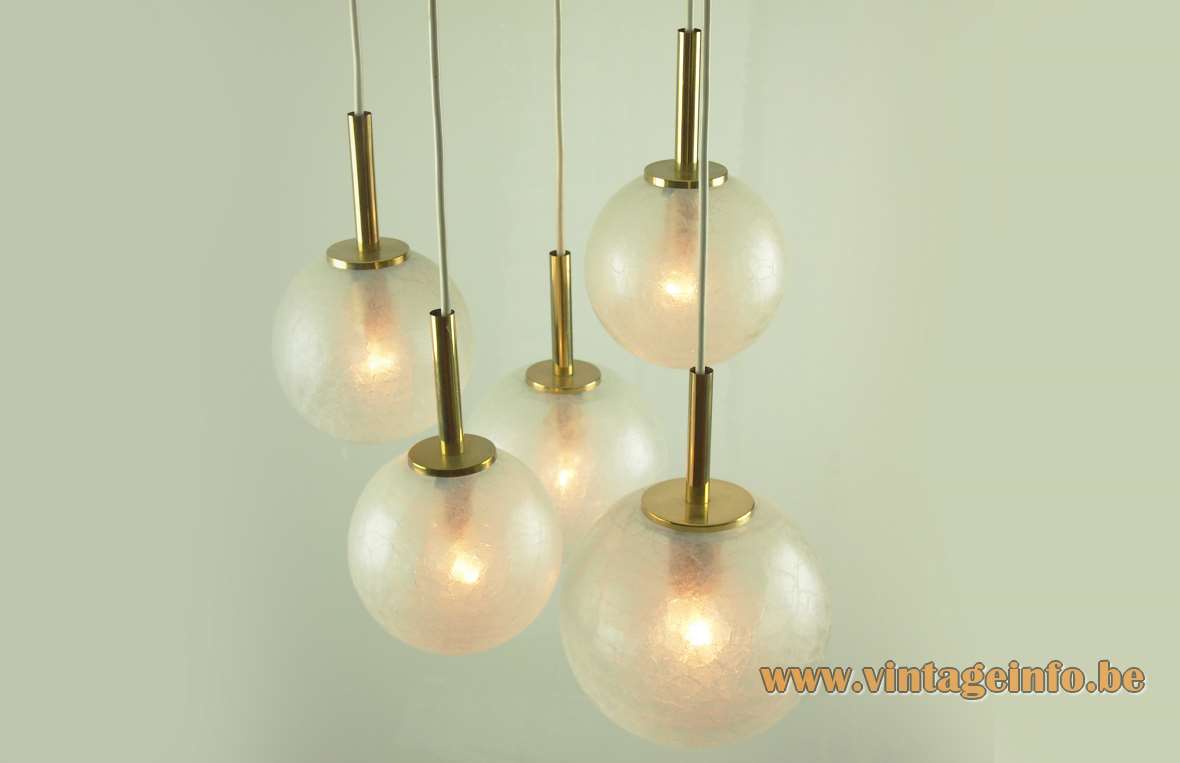 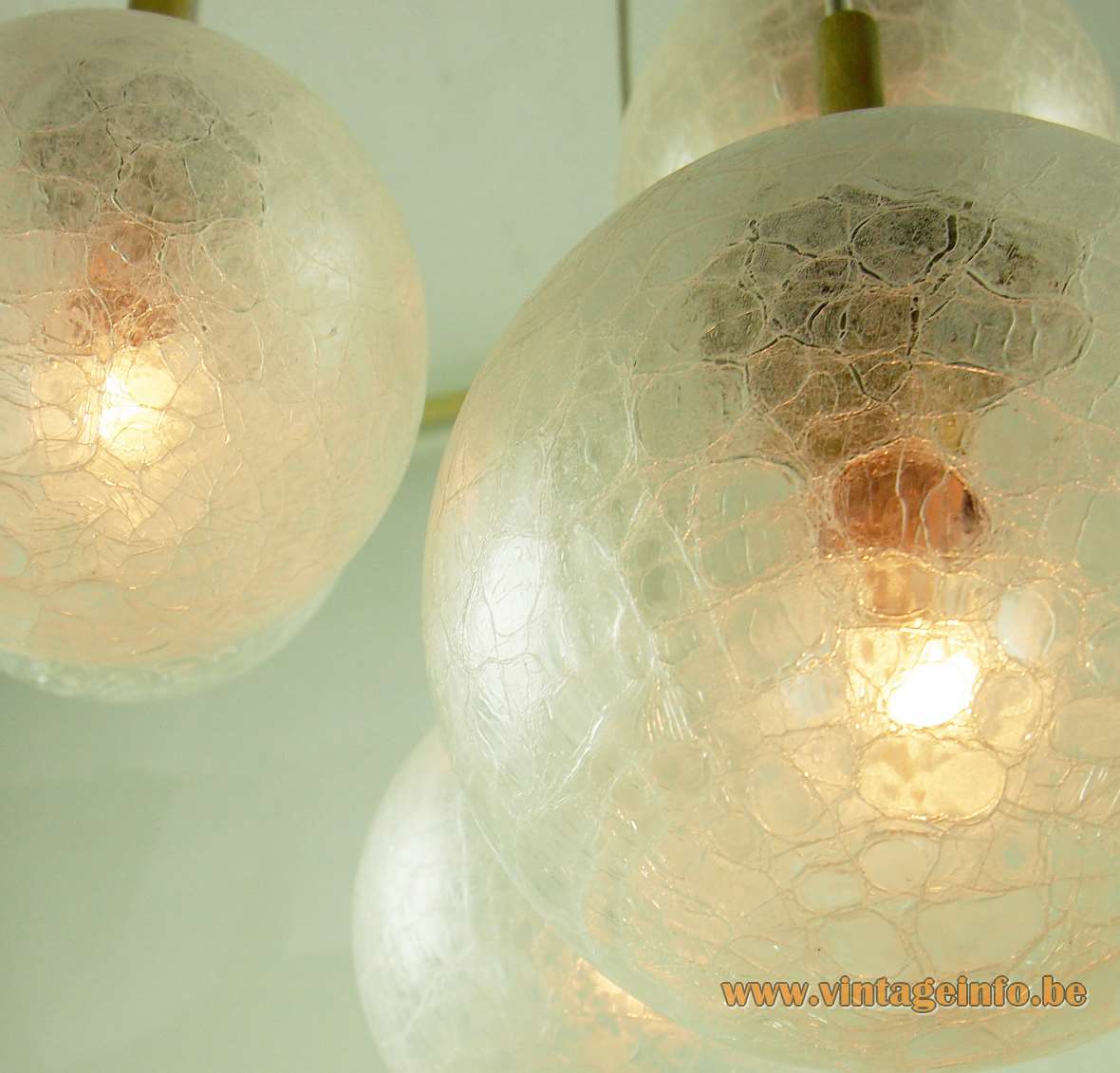 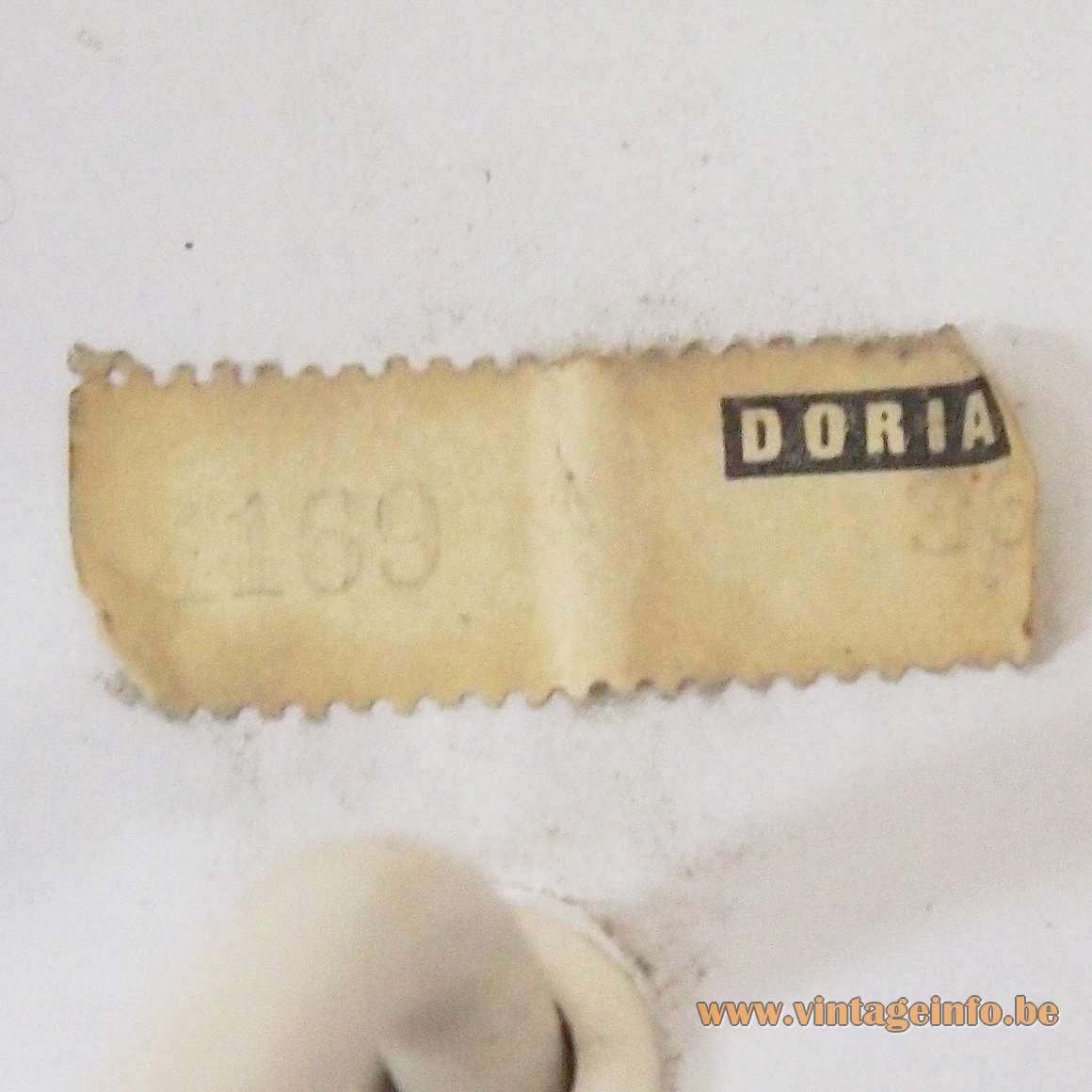 Other versions: This DORIA glass globes cascading pendant chandelier was made as a single pendant lamp and chandeliers with 3, 5, 8 pendants. Also made as a big pendant lamp with a much bigger globe. Made in chromed metal or brass. Wall lamps were also produced. Also made with different glass; clear glass, smoked brown glass…

Not only DORIA produced lamps with crackled glass. Several German companies used the same or similar glass globes for their chandeliers and other lamps. 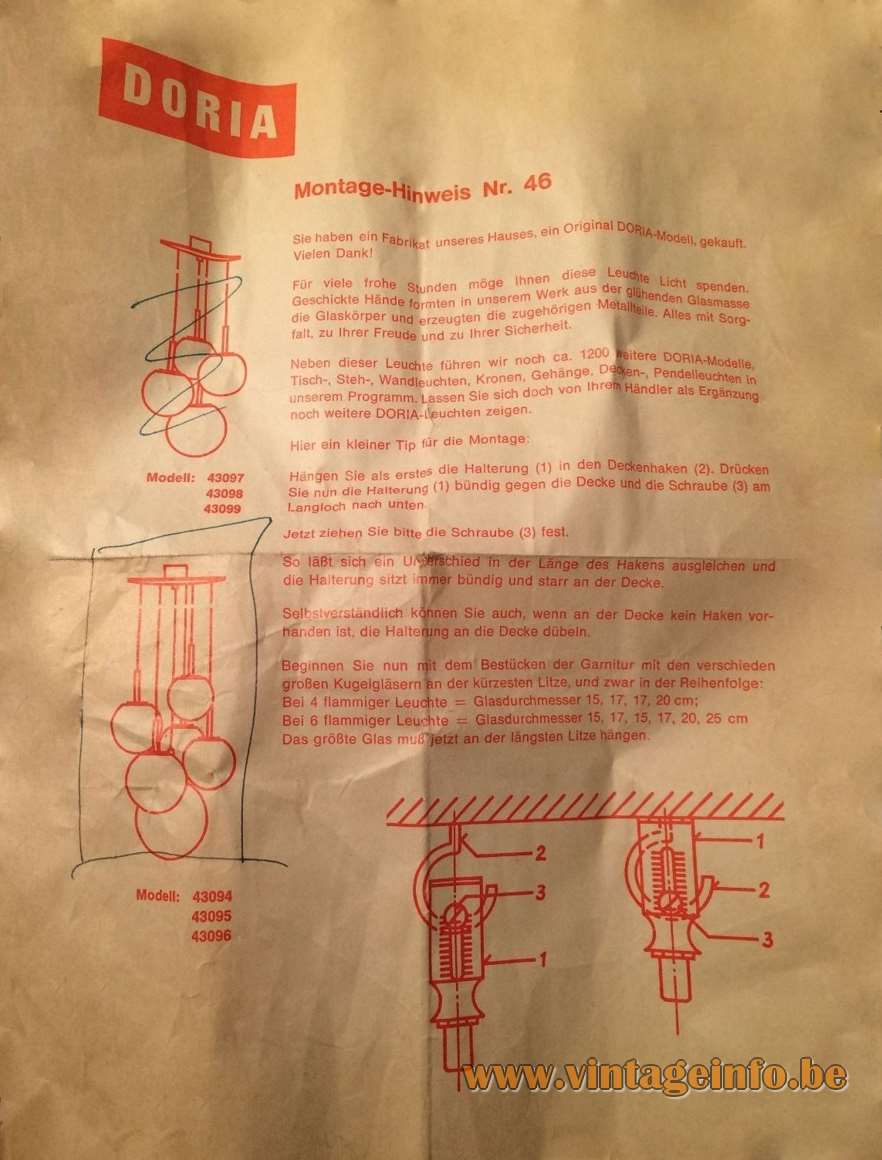