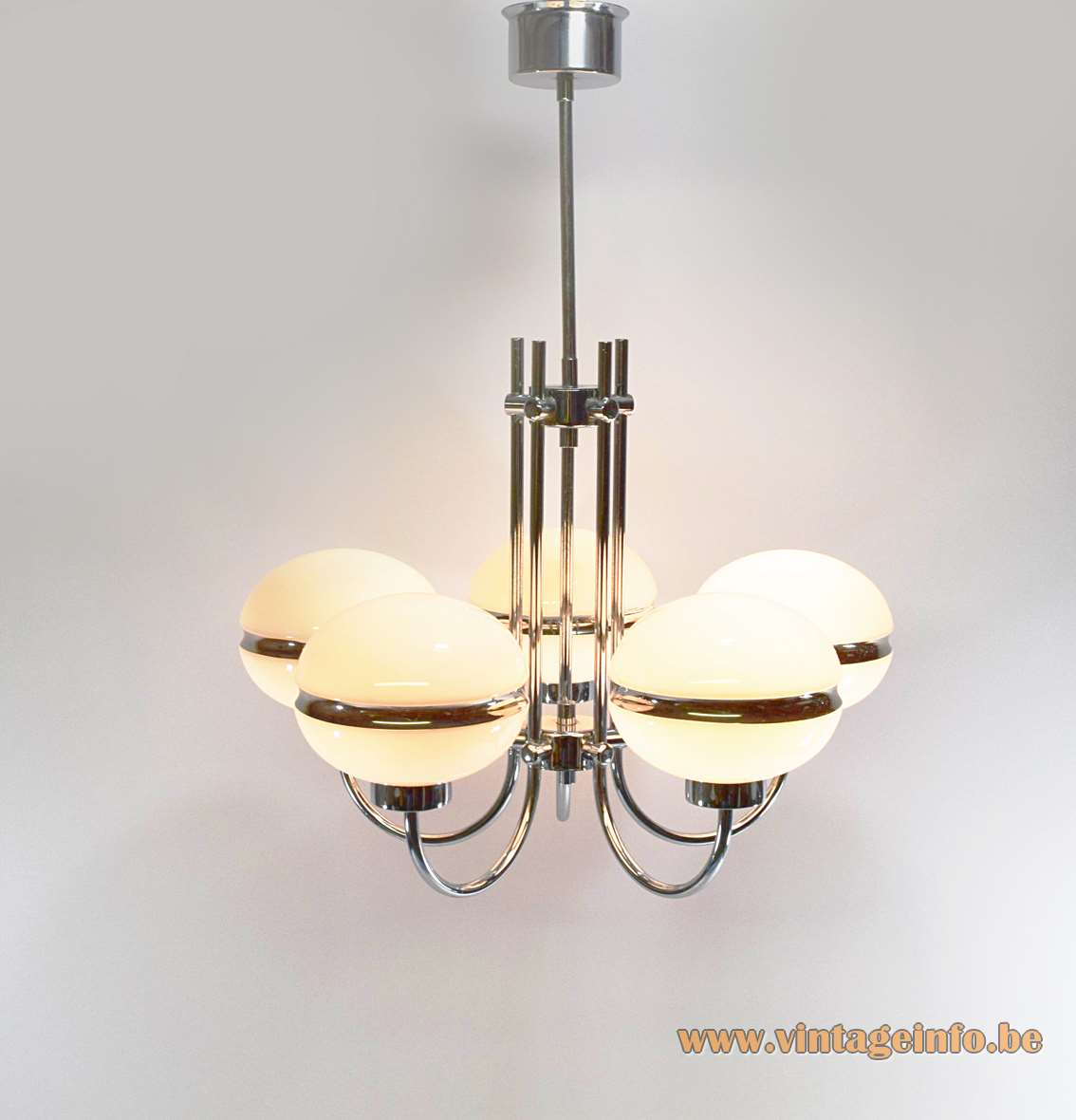 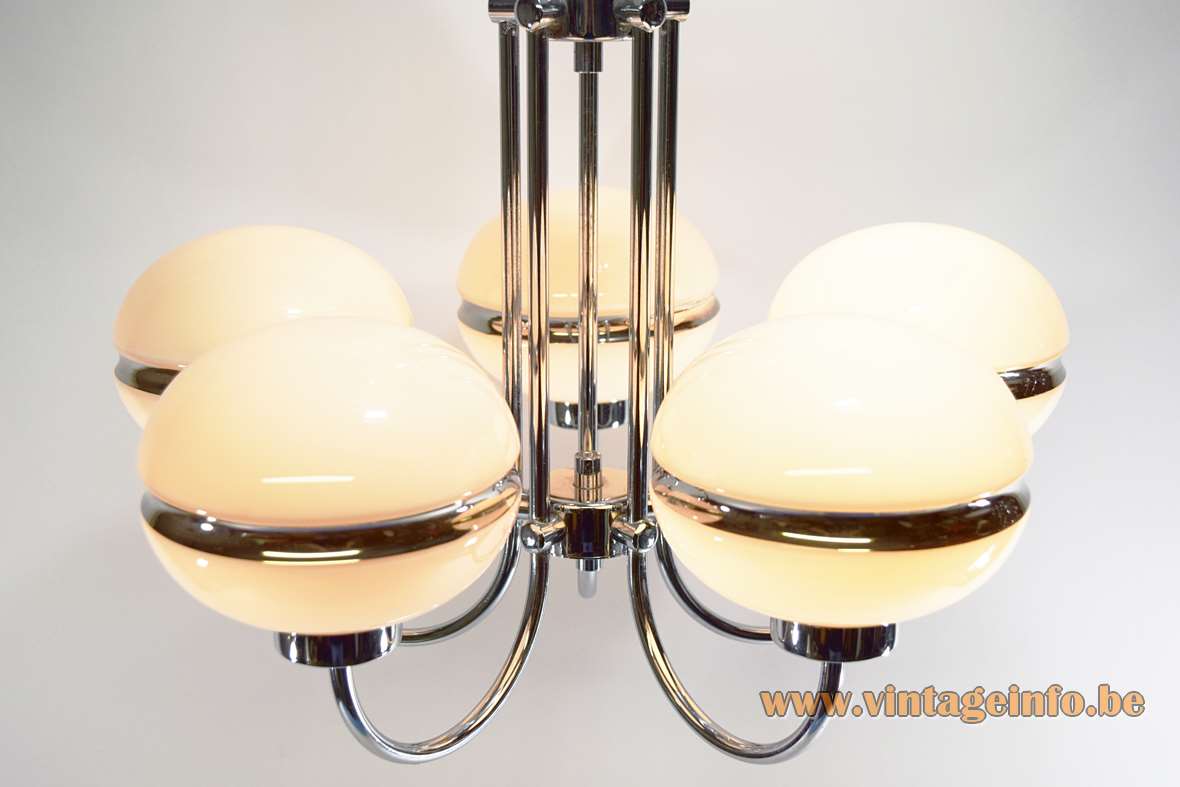 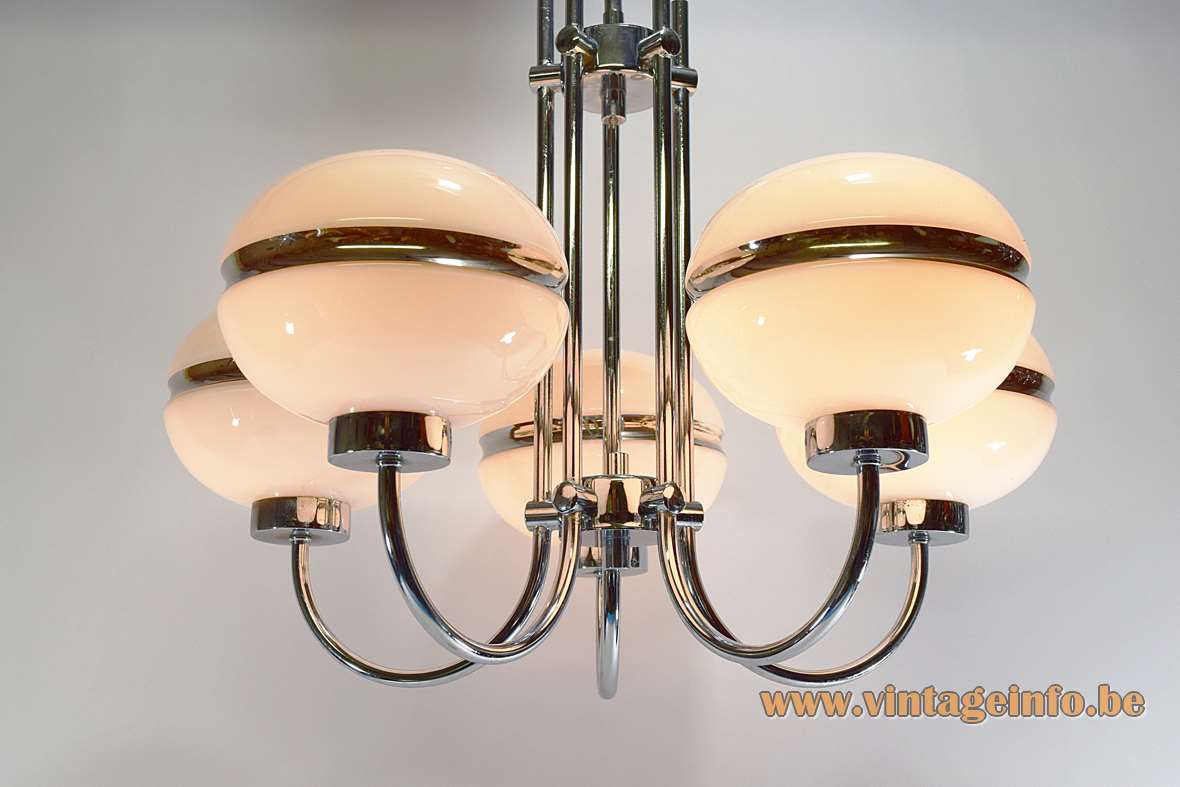 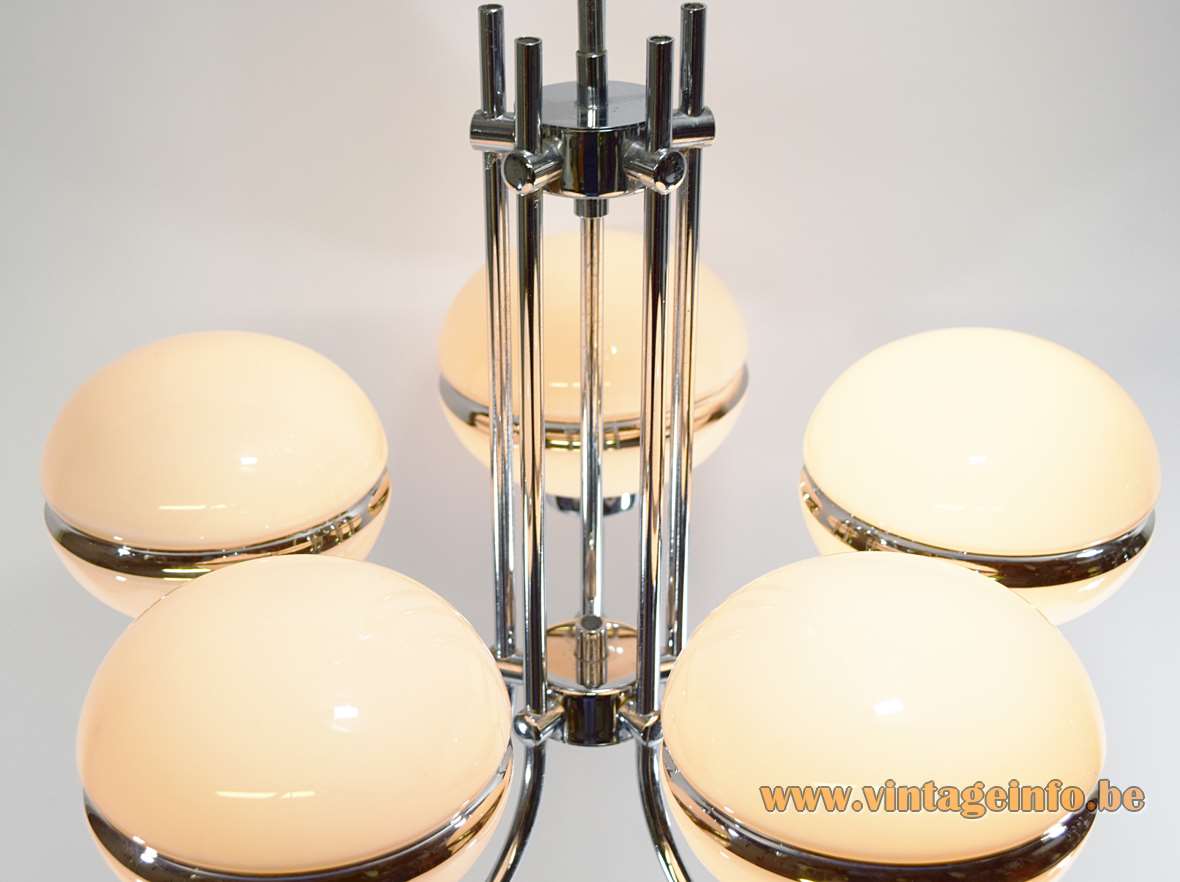 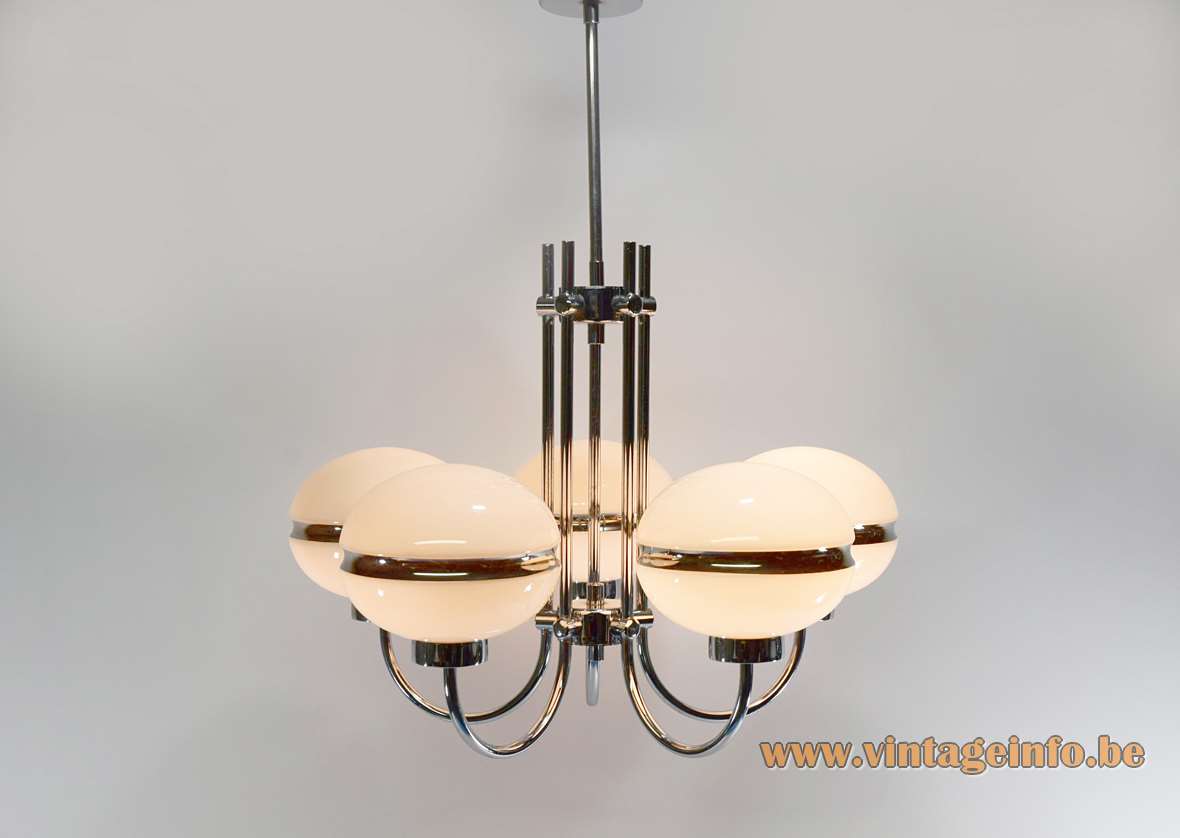 Electricity: 5 bulbs E14, 5 x 60 watt maximum, 110/220 volt.
Any type of light bulb can be used, but a white/opaque or frosted one is preferred for white glass. Clear bulbs creates stripes on the glass and therefore also on the walls.

Other versions: This chrome opal glass globes chandelier exists at least also as a wall lamp with two glass globes.

The sockets of this chandelier have the Swedish (Semko –Svenska Elektriska Materielkontrollanstalten) and Swiss (ESTI – Eidgenössische Starkstrominspektorat) safety mark on it.