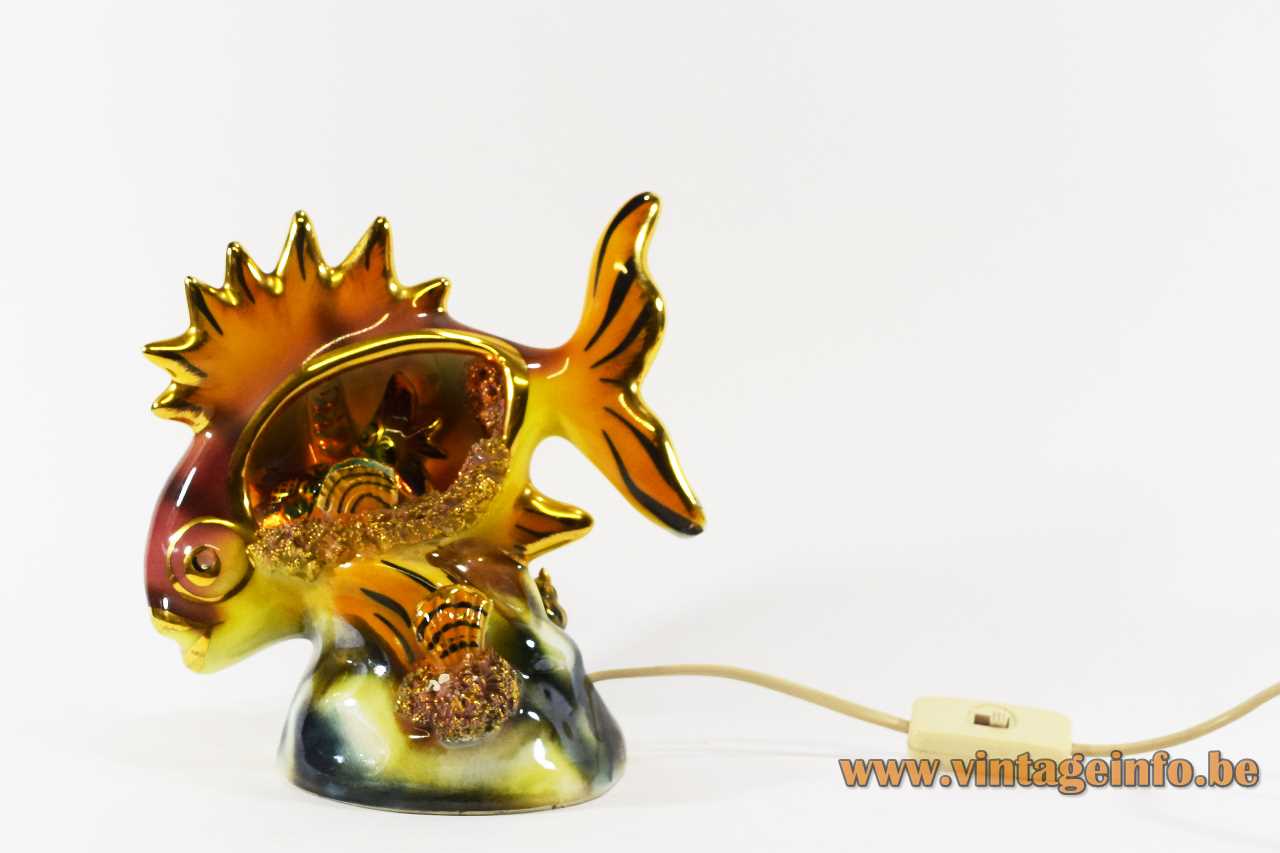 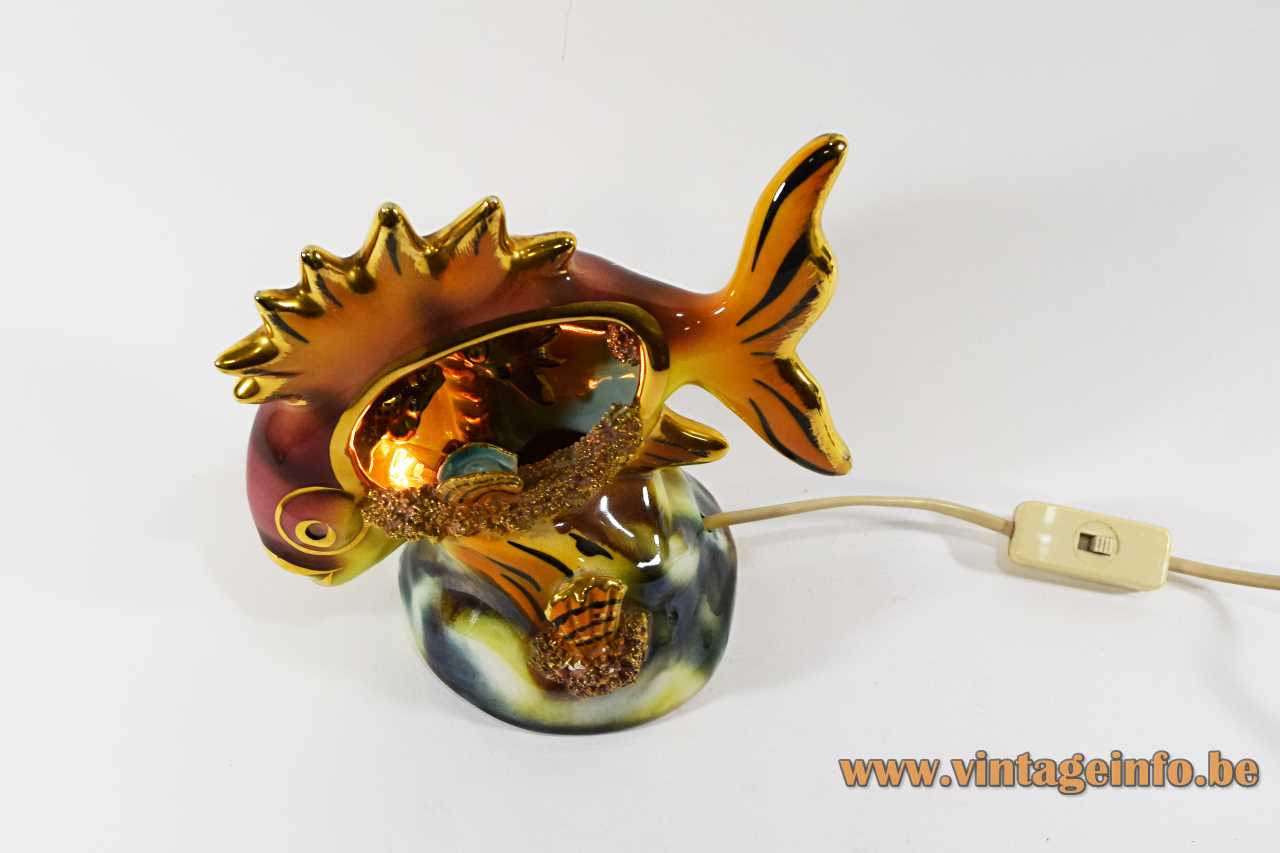 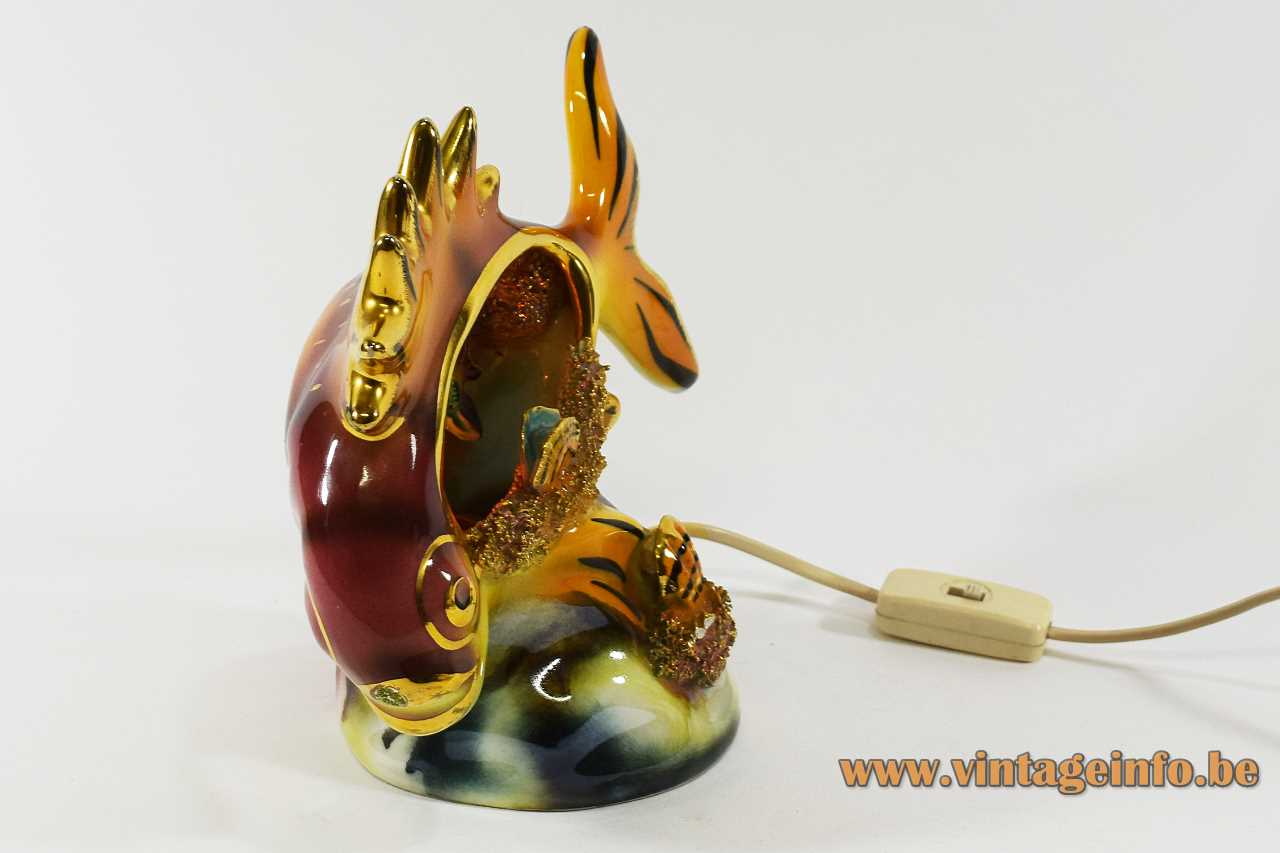 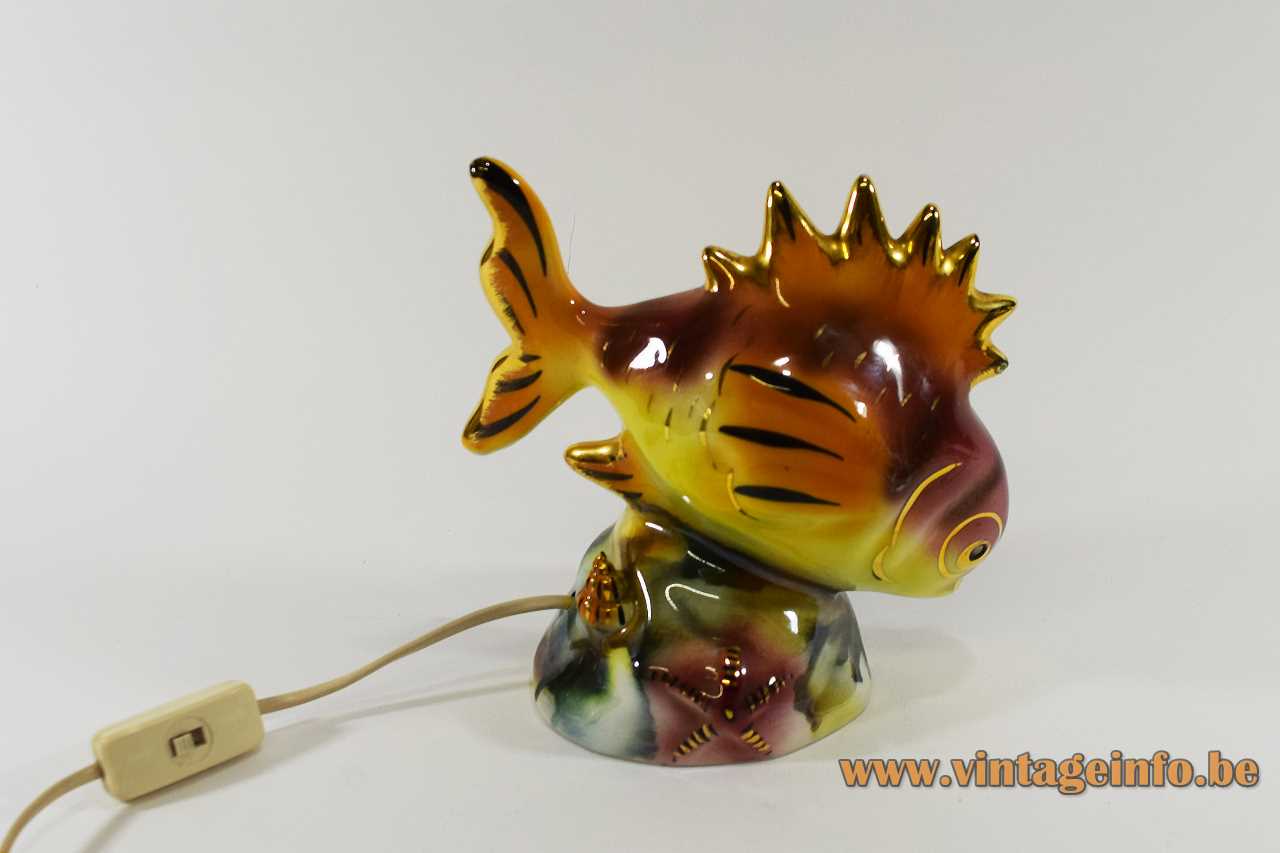 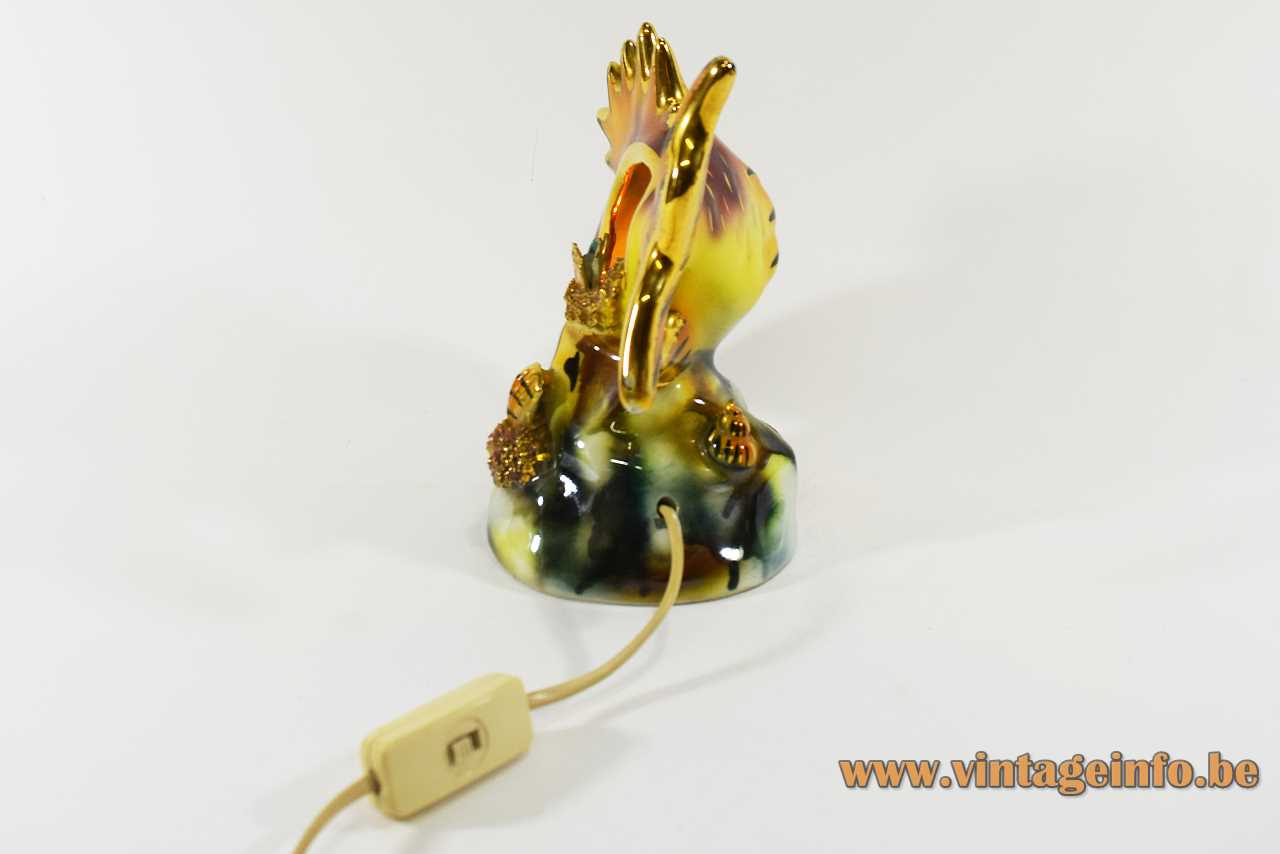 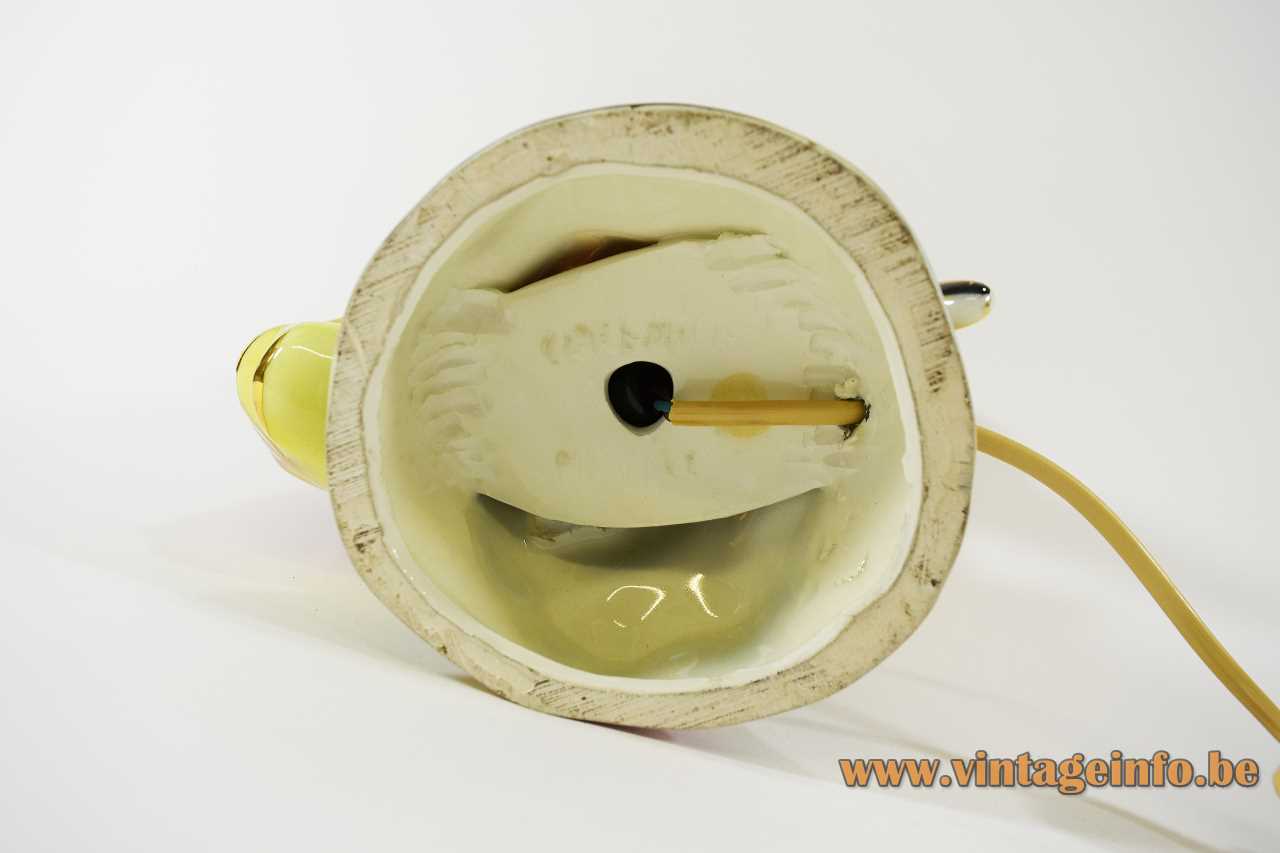 Materials: Green, yellow, red & gold enamelled ceramics. Rock style base with a helix and starfish. Little fish and a scallop-shell inside the lampshade. Bakelite E14 socket.

Other versions: This ceramic fish table lamp exists in many versions, all with fish, shellfish and crustaceans in bright colours.

Most of these lamps were made in the 50s and 60s. This one is from the late 70s, to see on the wiring made by VLM Components from Italy. 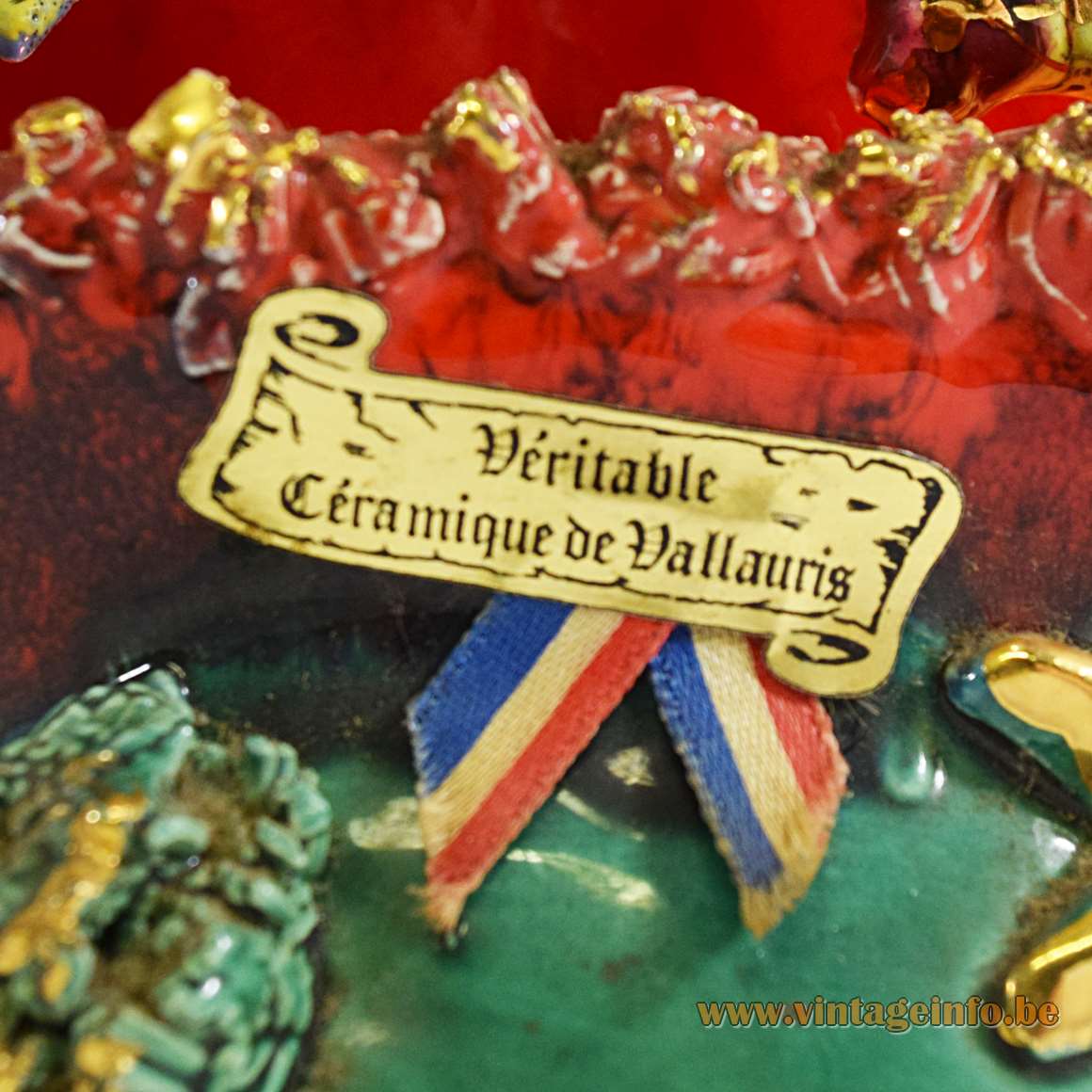 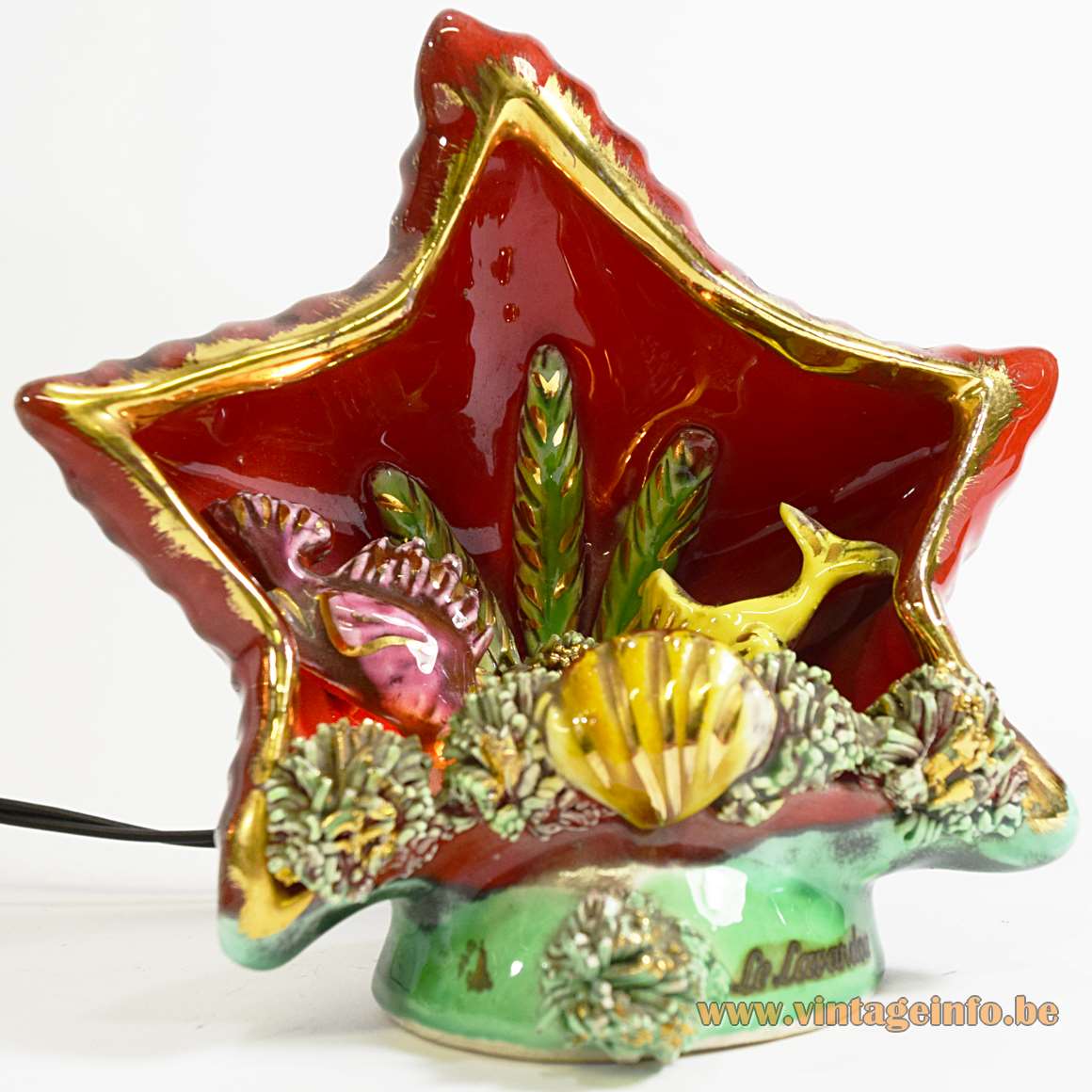