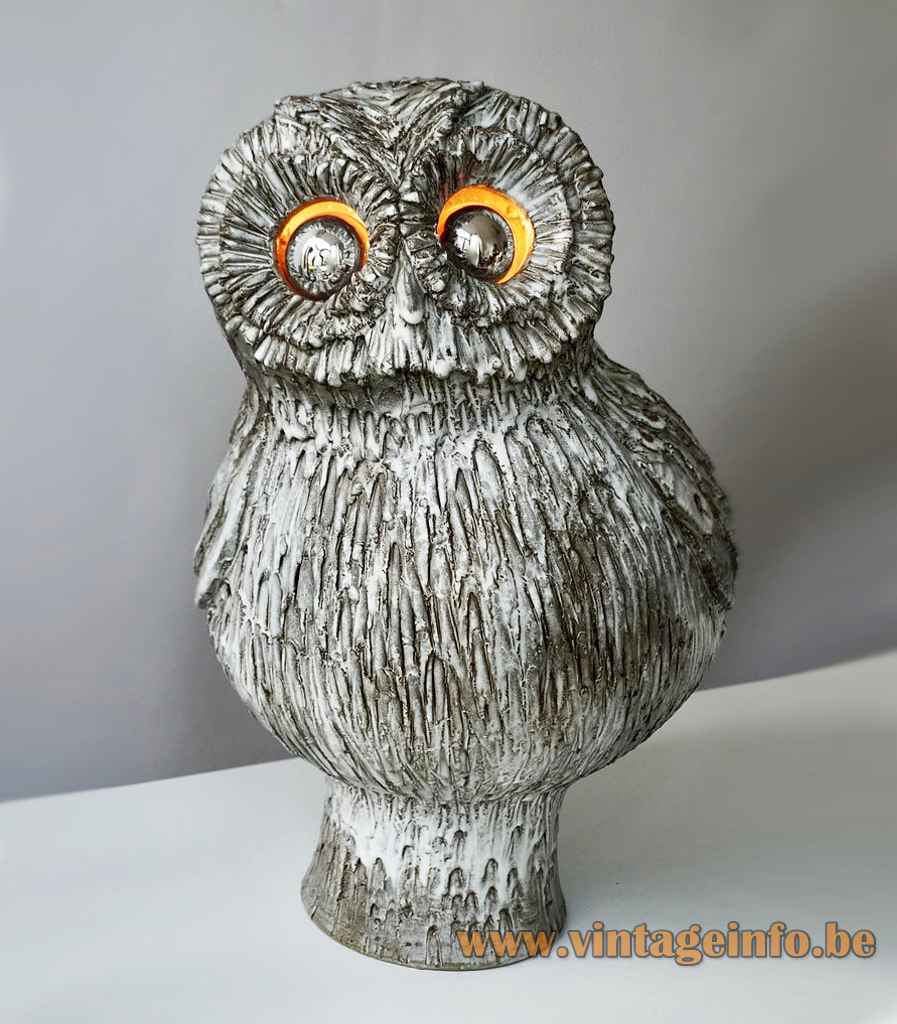 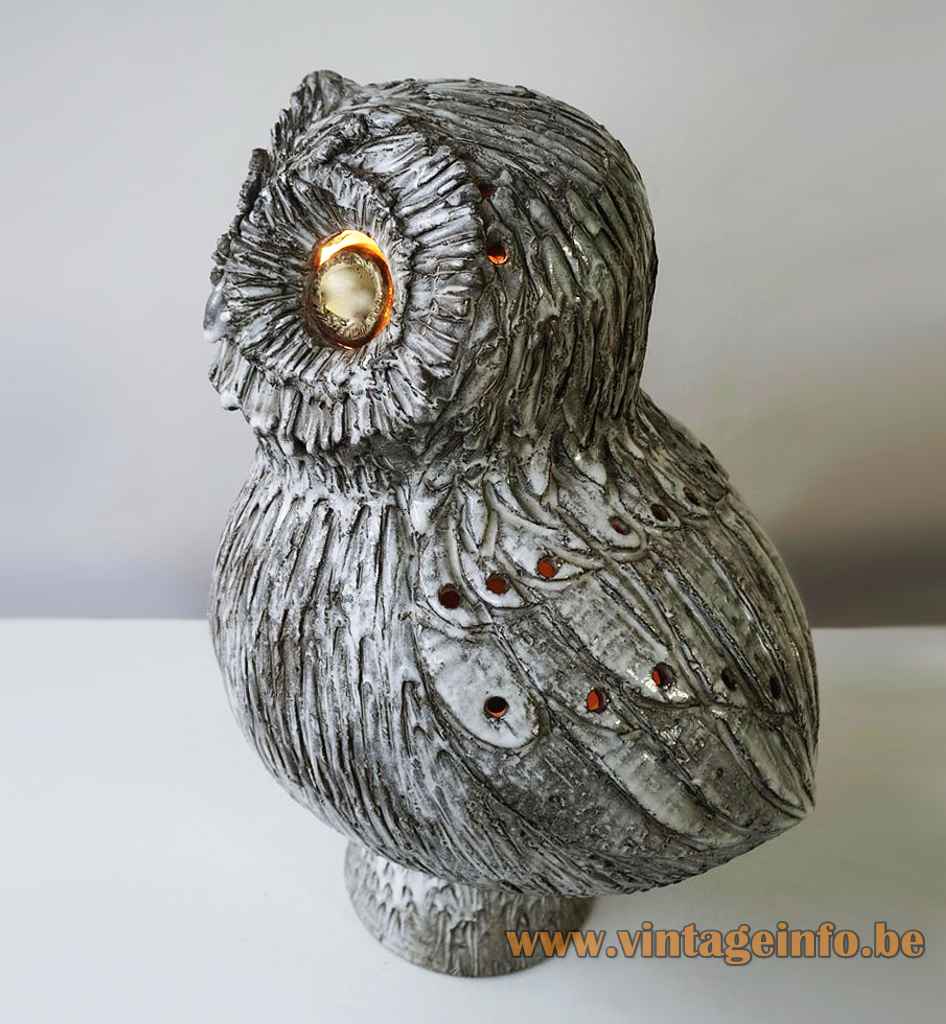 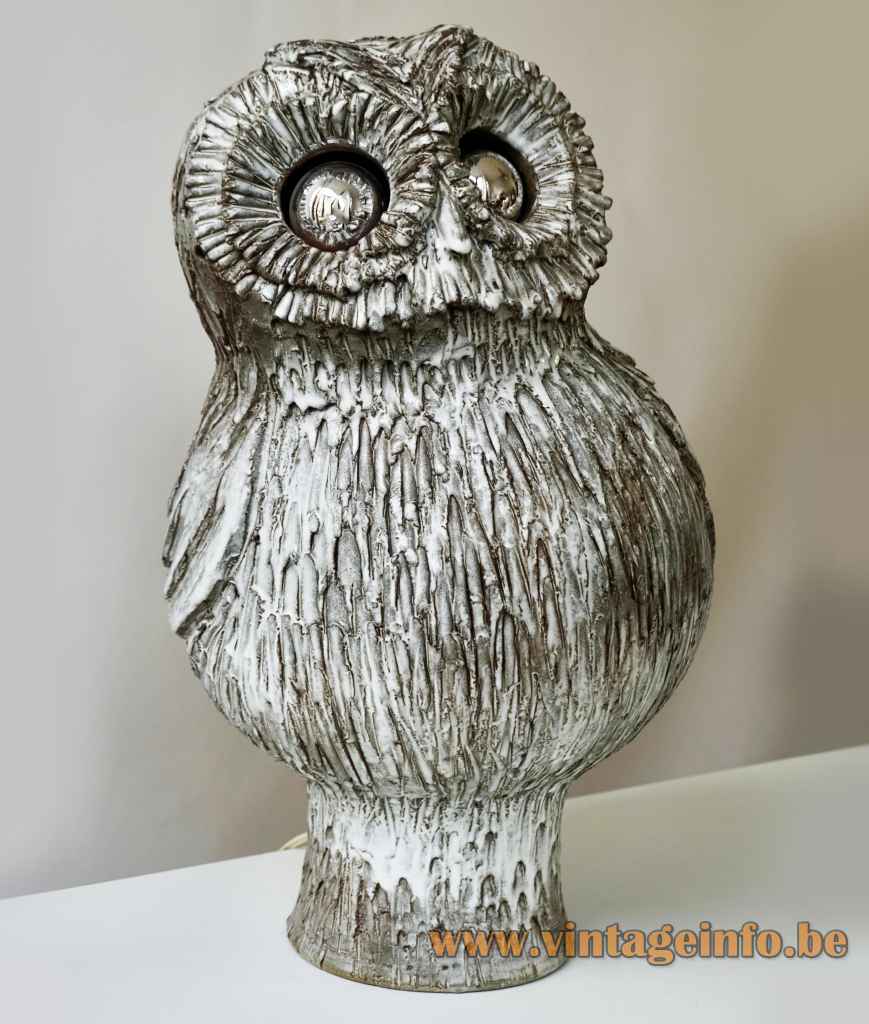 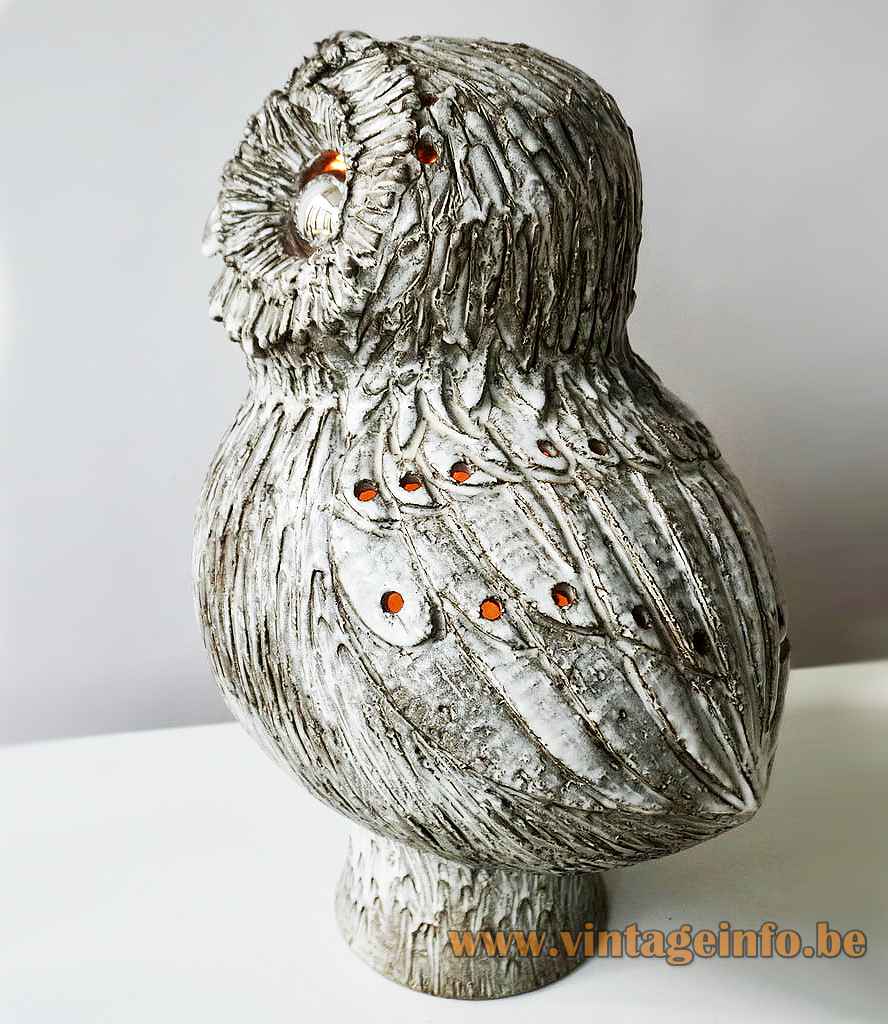 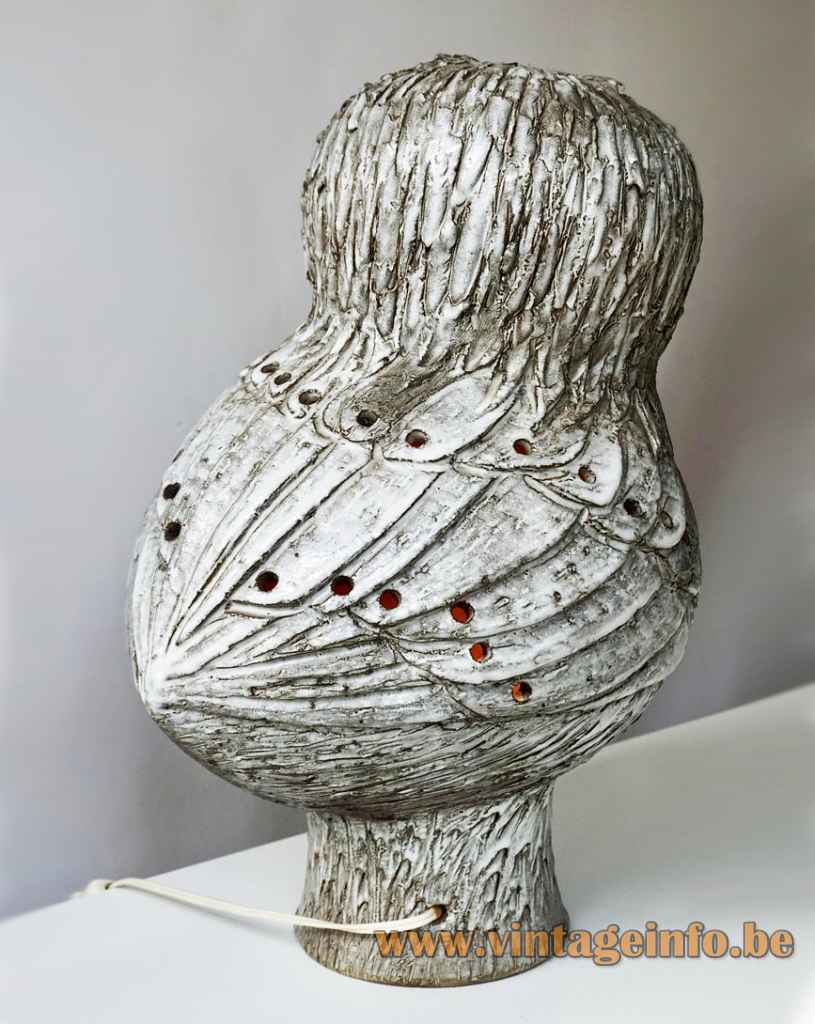 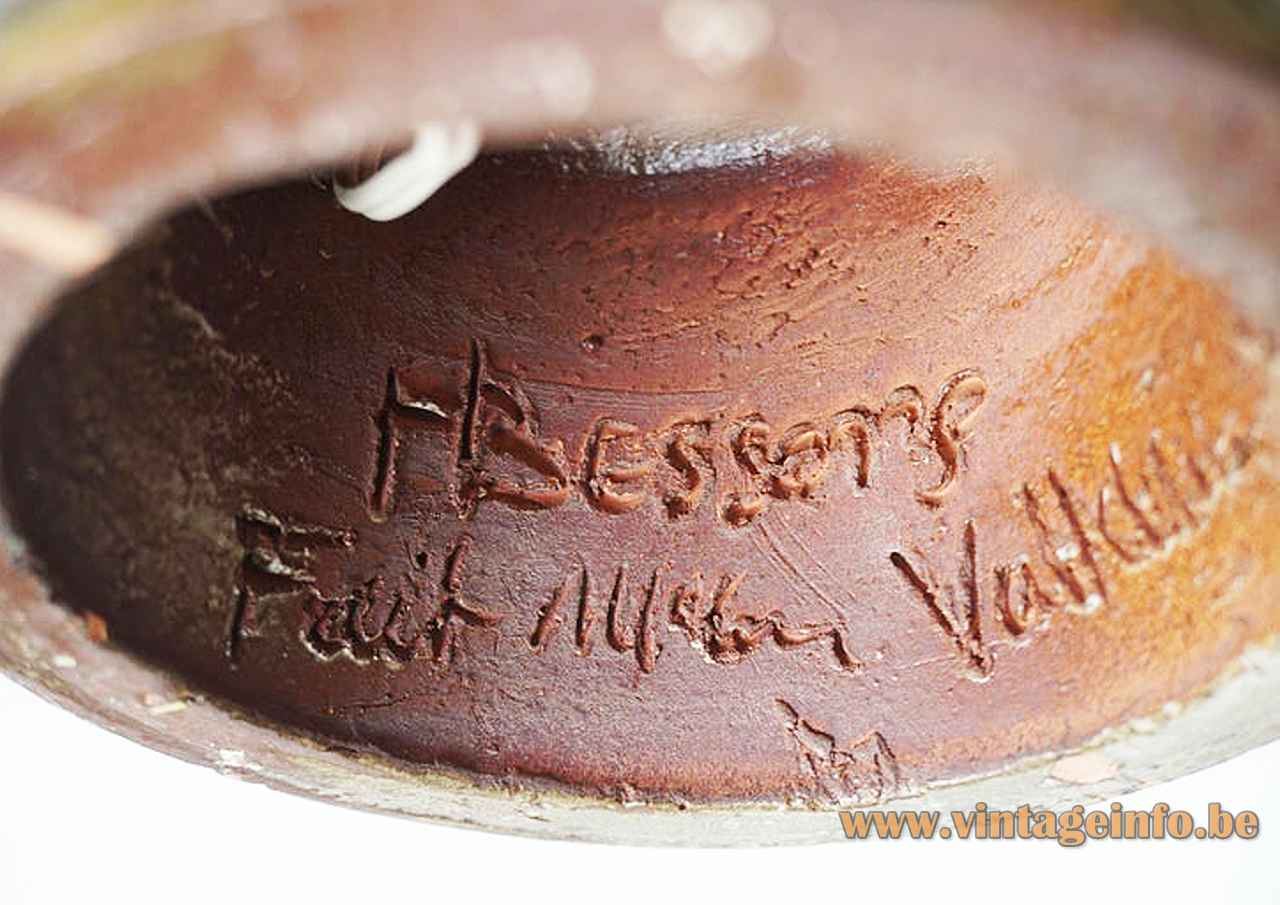 Materials: Round grey glazed base & owl lampshade. The bird has round holes in the back. 2 E14 sockets.

Electricity: 2 bulbs E14, 2 x 40 watt maximum, 110/220 volt.
Any type of light bulb can be used, not a specific one preferred. For this setup silver tipped light bulbs were used.

Other versions: this Marius Bessone ceramic owl table lamp was in all probability made in several copies. Of course, no two are the same, they are all handmade.

Marius Bessone, born in 1929, studied ceramics and industrial technique for architecture between 1949 and 1954.

In 1954, he opened a workshop in Vallauris, France, with his wife Huguette. Huguette, was for a long time decorator at the Bessone studio, before producing her own ceramic art.

Marius Bessone participated in almost all expositions in his hometown Vallauris and many other exhibitions in France and Europe.

Vallauris, in the Alpes Maritimes, has been and remains the most important production centre of this region. They make ceramics for more than 2000 years. In Monaco only since 1874. After the second world war the ceramics became famous worldwide.