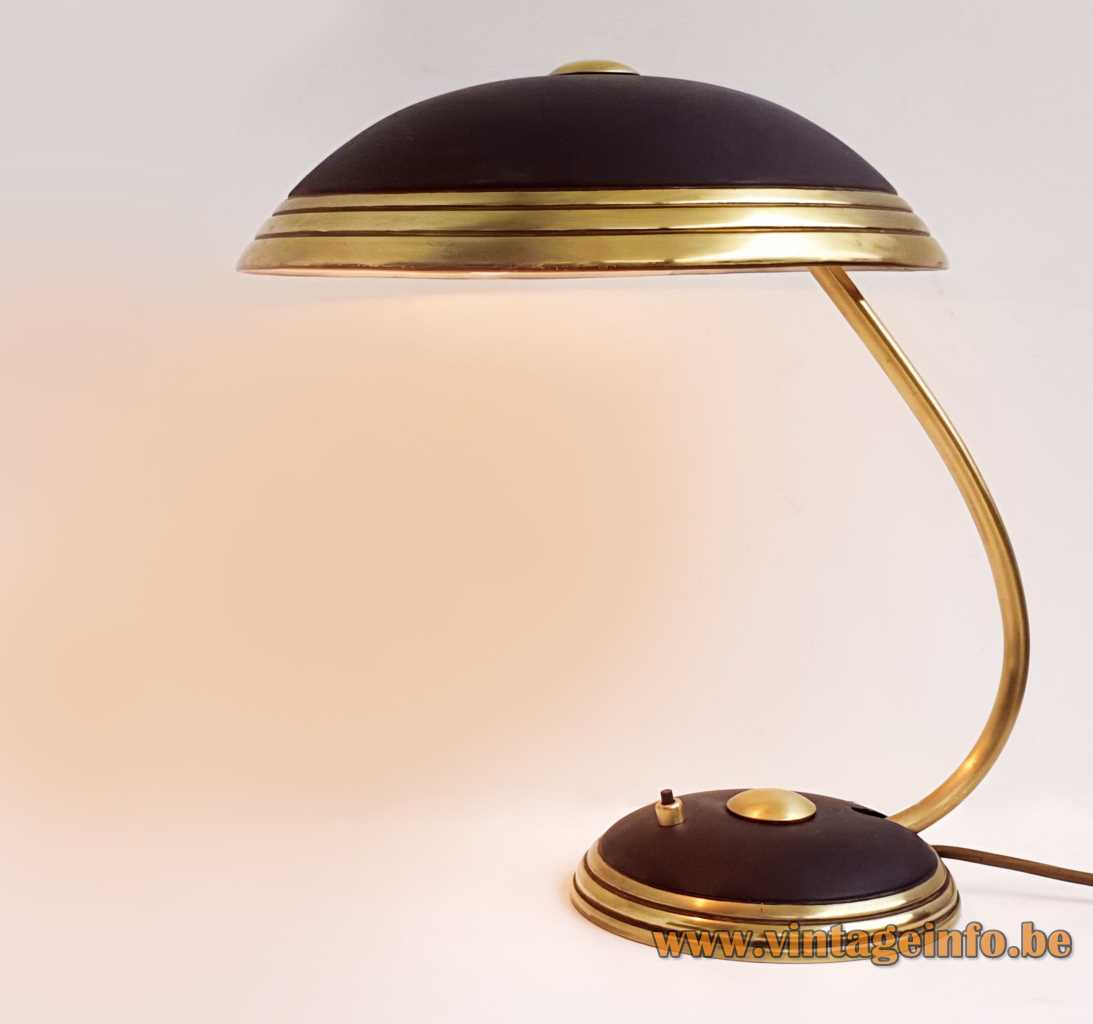 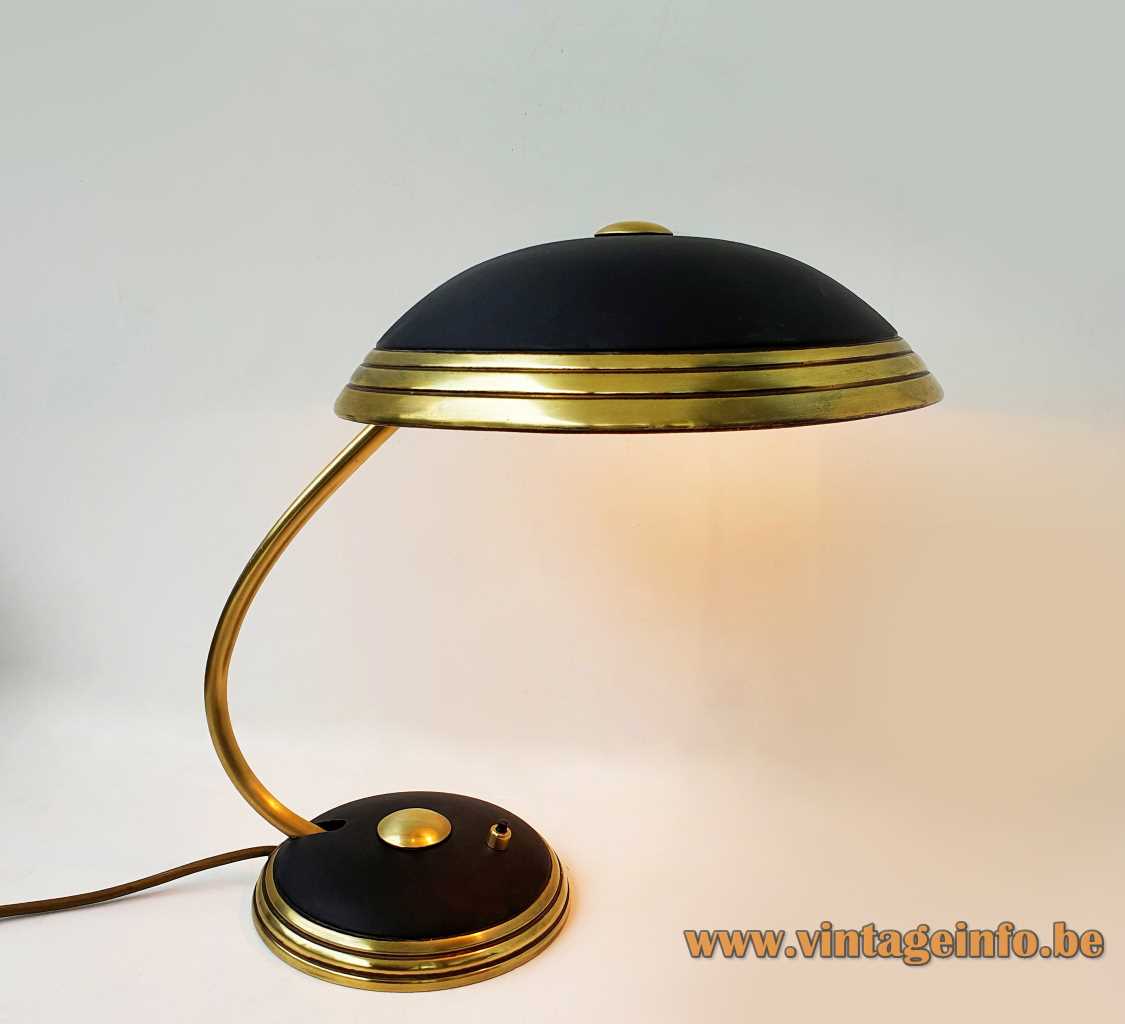 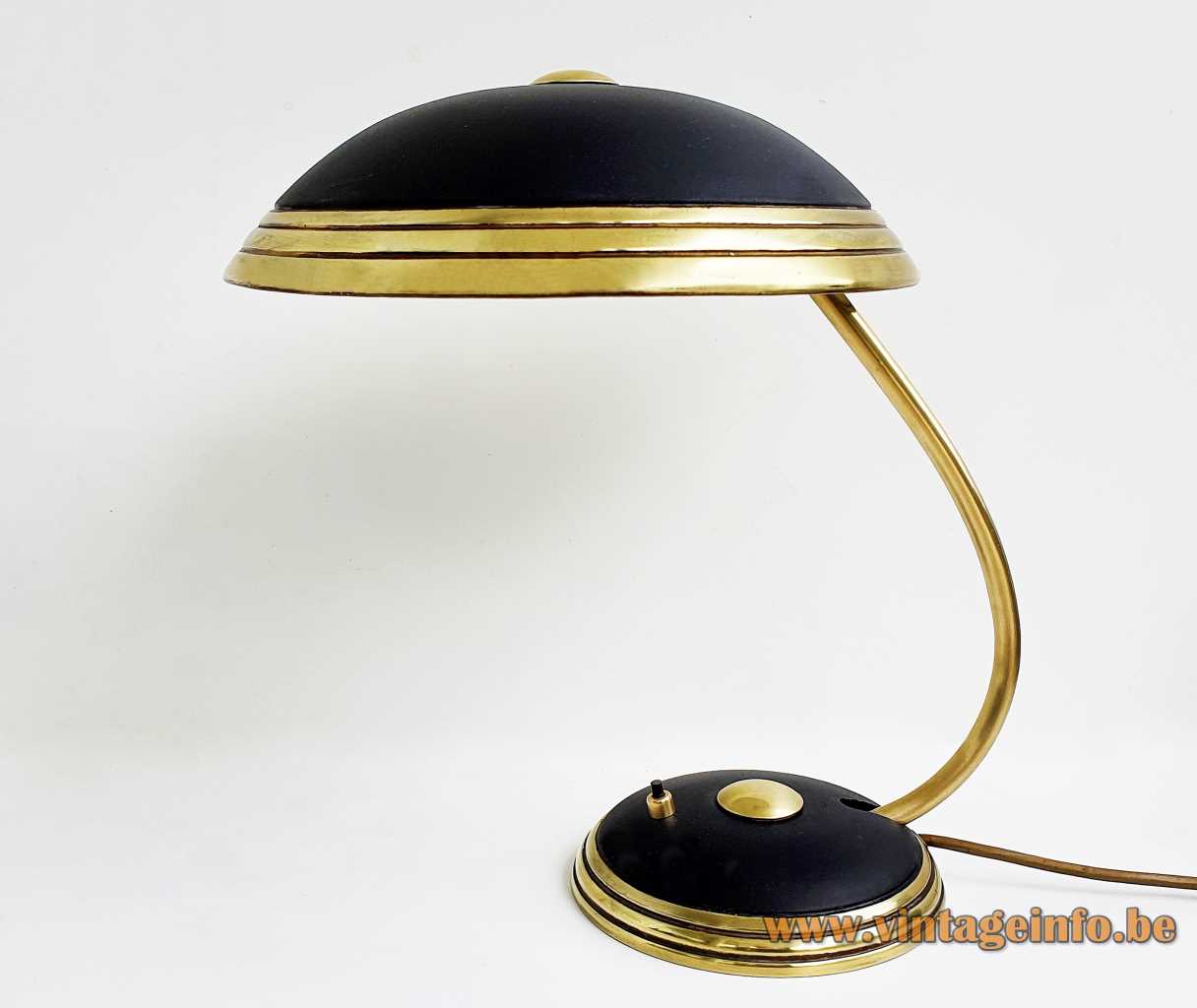 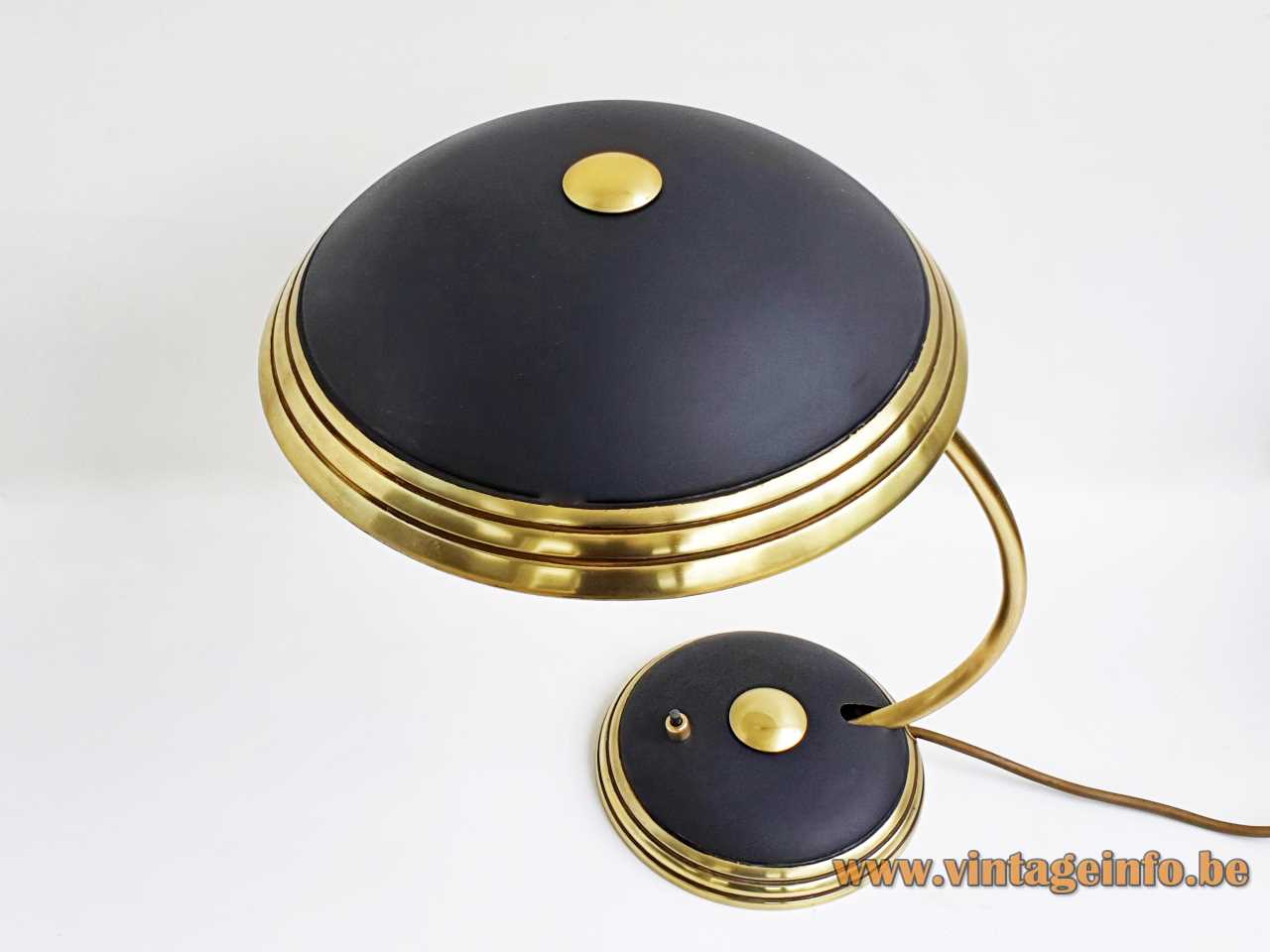 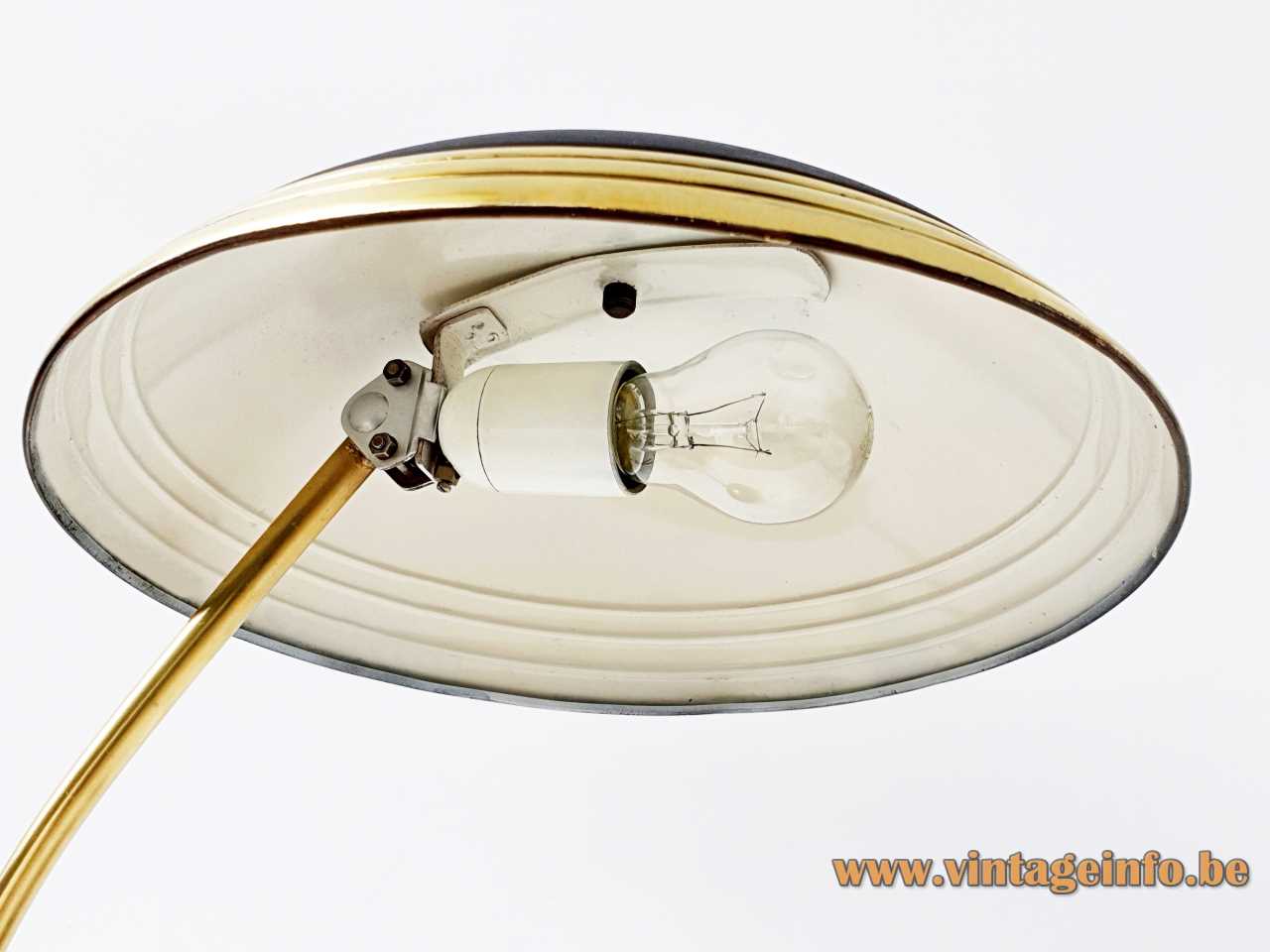 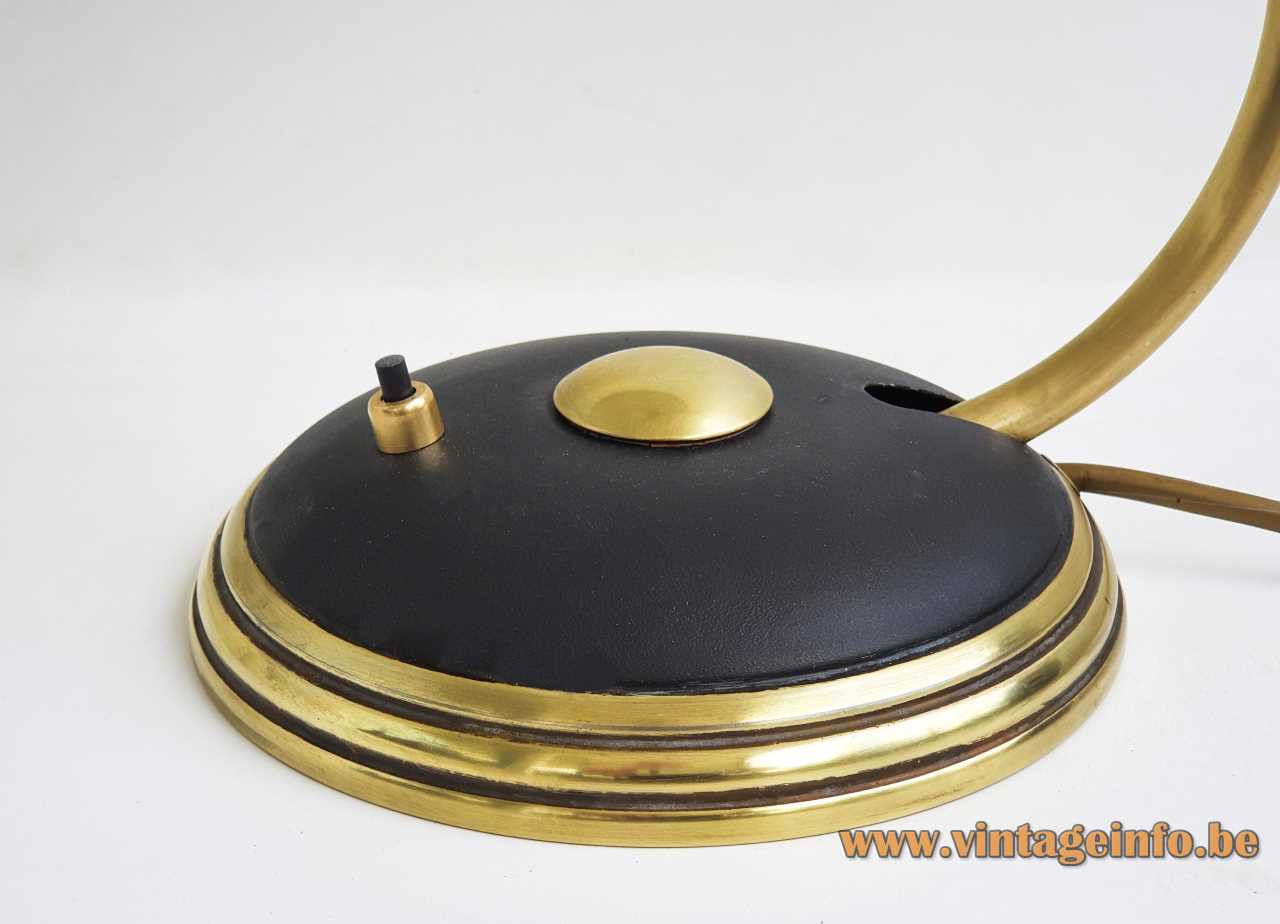 A green Helo Leuchten desk lamp appears in the German film Ballon from 2018. A movie about two families from the GDR who flew to West Germany with a homemade hot-air balloon in 1979. It was used in an East German house what is very unlikely at that time. Helo was a West German lighting company and the East was communist and had his own lighting firms, cars, motorcycles and so on. Everything that was sold came from behind the Iron Curtain.

A Helo Leuchten desk lamp was used as a prop in the 1958 Belgian film Het Geluk Komt Morgen (Happiness Comes Tomorrow). A story about a professor who accidentally discovers a remedy that takes away all tiredness and gives new life force. Starring Charles Janssens, Anni Anderson and Dora van der Groen. 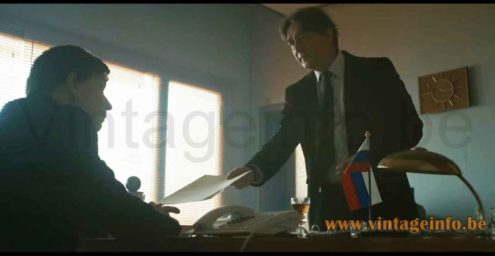 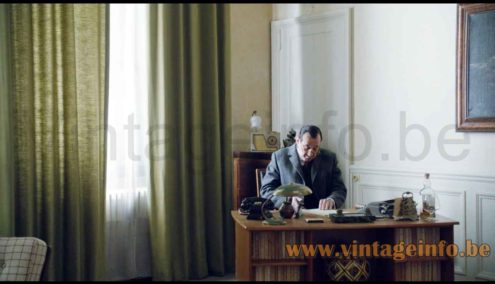 Other versions: This Black Helo Leuchten desk lamp exists in several colours. Made in green, blue, brown, maroon, red and so on. Several comparable lamps were produced.

This desk lamp was a big succes for the company. It was made for a long time. Early versions from the 50s have a brass socket. This one is from the 60s.

Helo was founded in the 1930s by Henry Gerhard Senior as Elektrogeschäfts Helo in the city of Breslau, at that time a German city. Today it is a Polish city named Wroclaw.

From old war material such as brass and aluminium from the airfield, he begins with the production of work lamps, today we say industrial lighting.

The company Gebr. Kaiser & Co. Leuchten KG, Lichttechnische Spezialfabrik from Neheim-Hüsten acquires the rights to use the Helo brand and individual models, such as the “commissaire” lamp, the 6631 Luxus. Today (2020) produced by Fritz Hansen.

Lothar Gerhard, who took over the company after Henry Gerhard‘s death in 1964, sees himself forced to gradually abandon the factory and transform the company into the trading company it is today. Helo is now owned by Henry Gerhard Junior, his son and since 1980 it is a member of the Expert group.