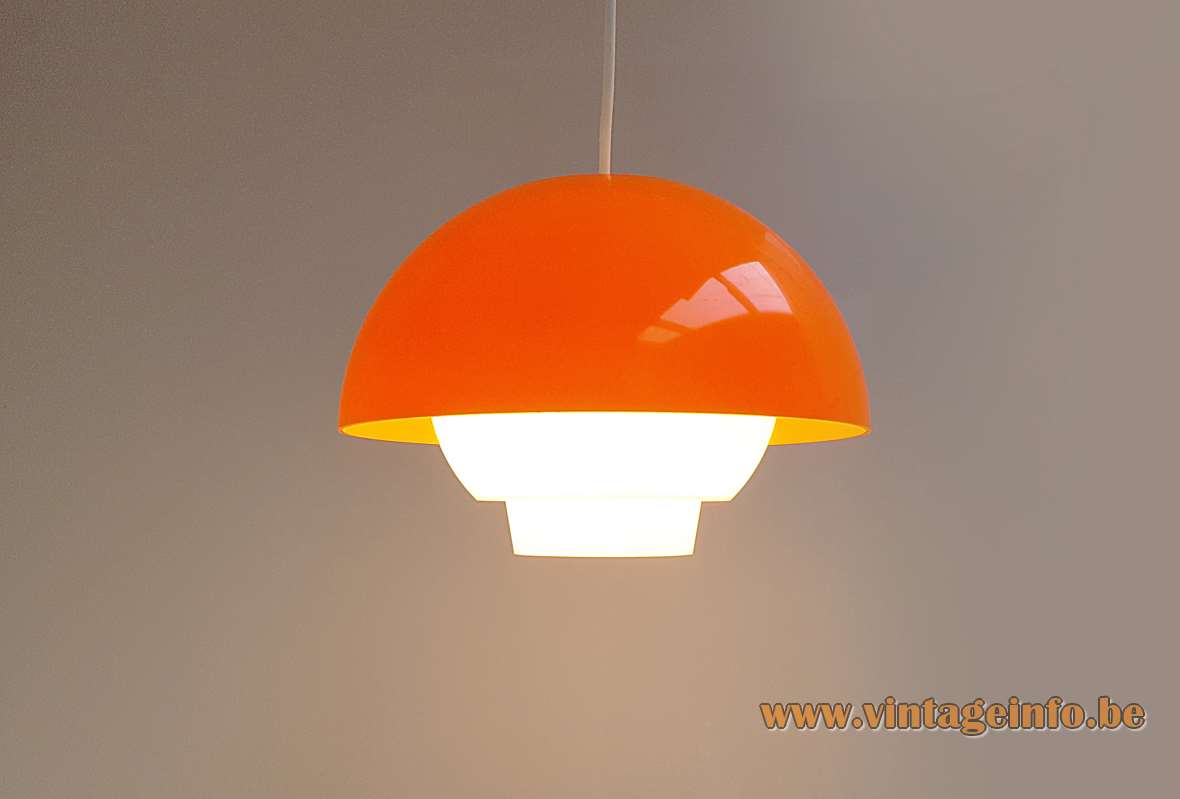 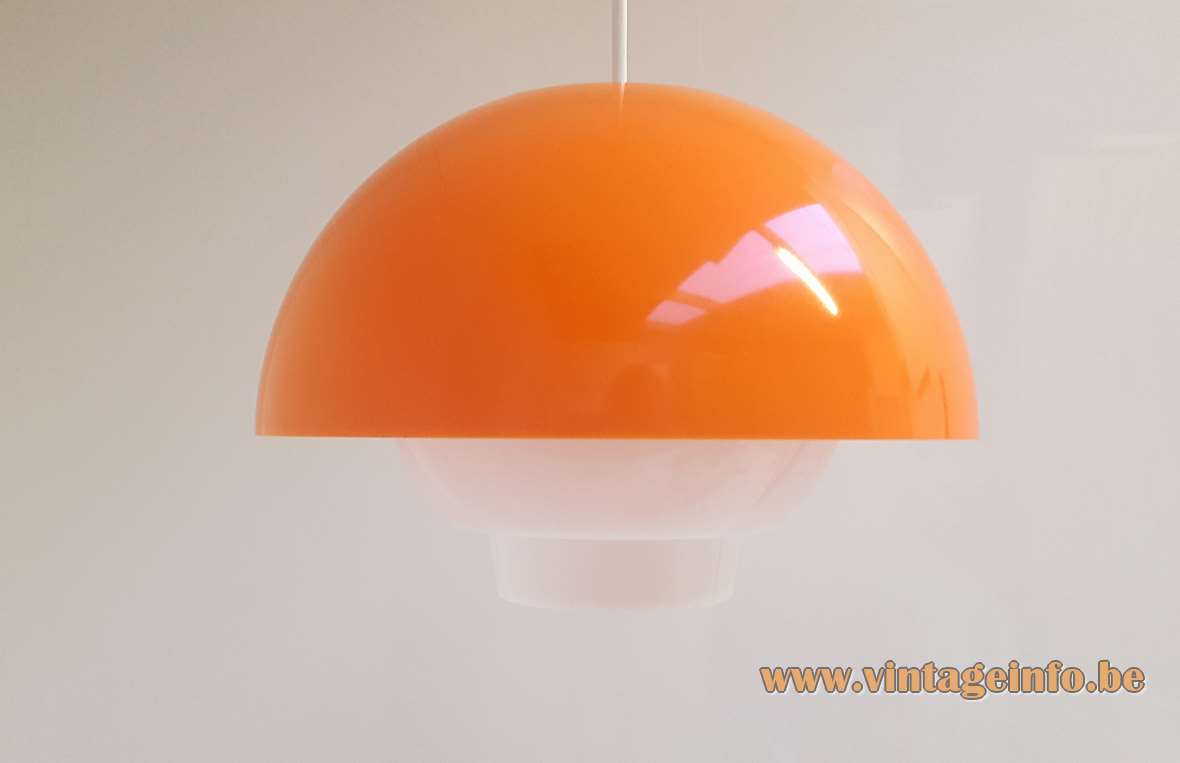 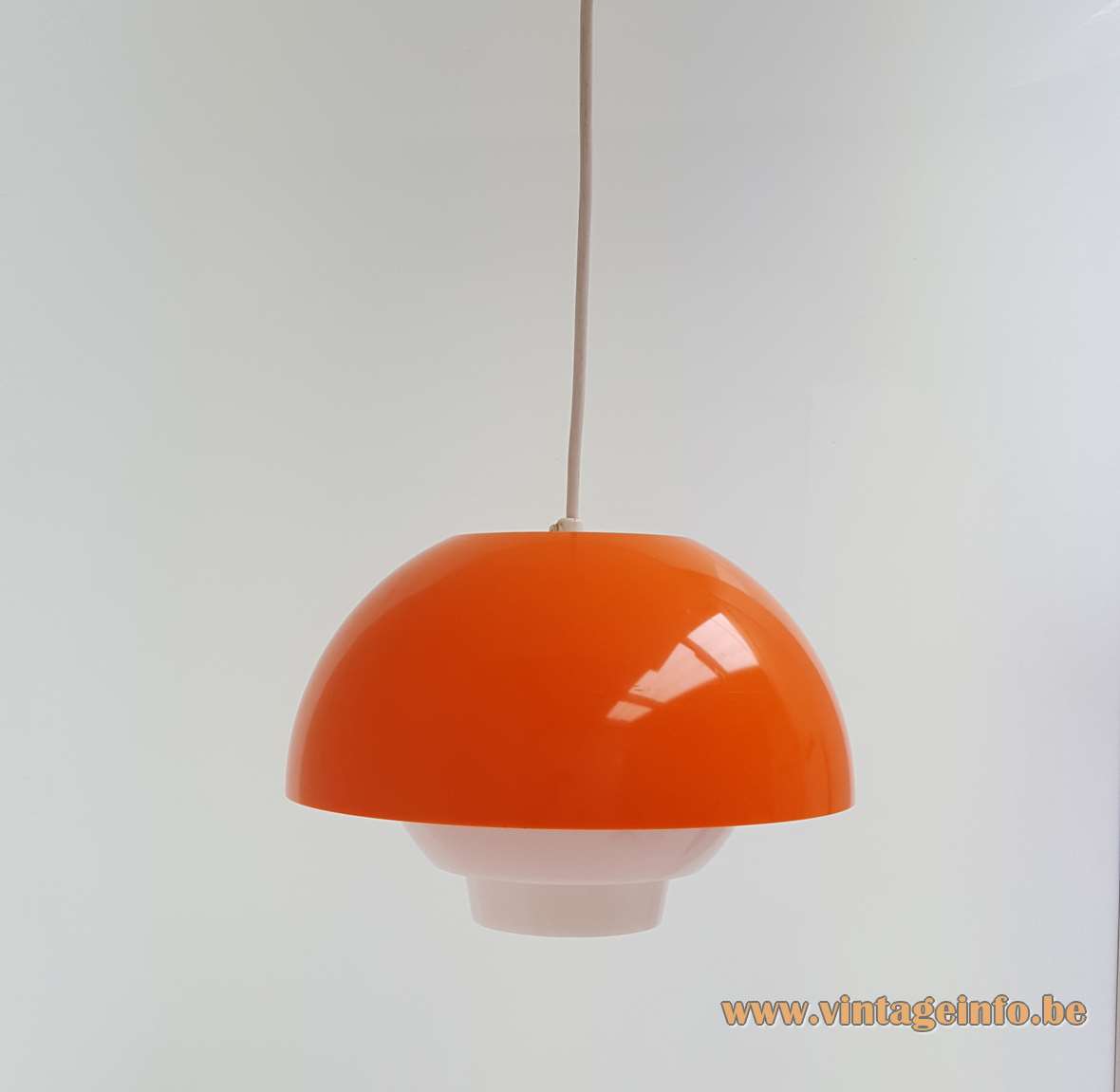 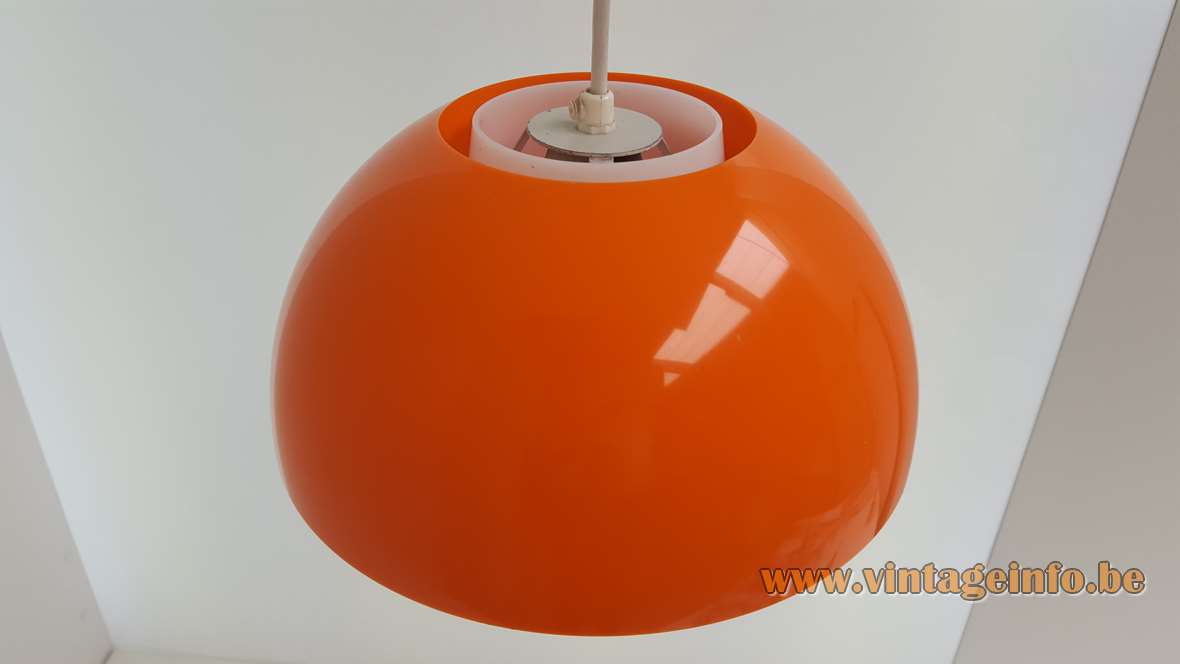 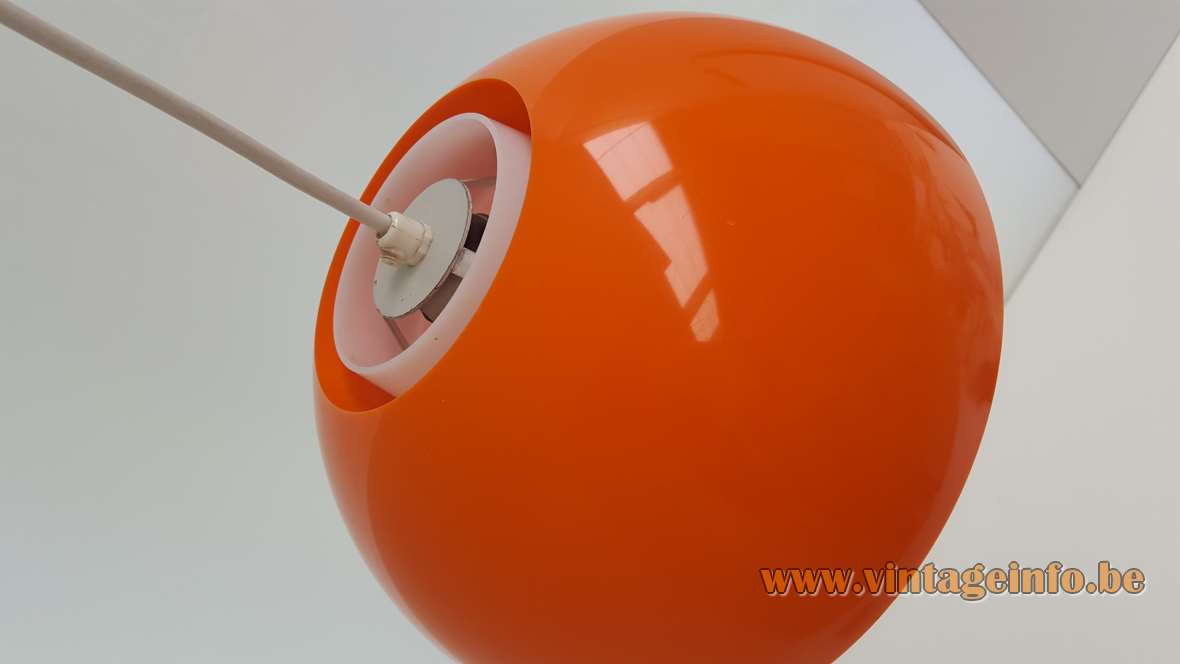 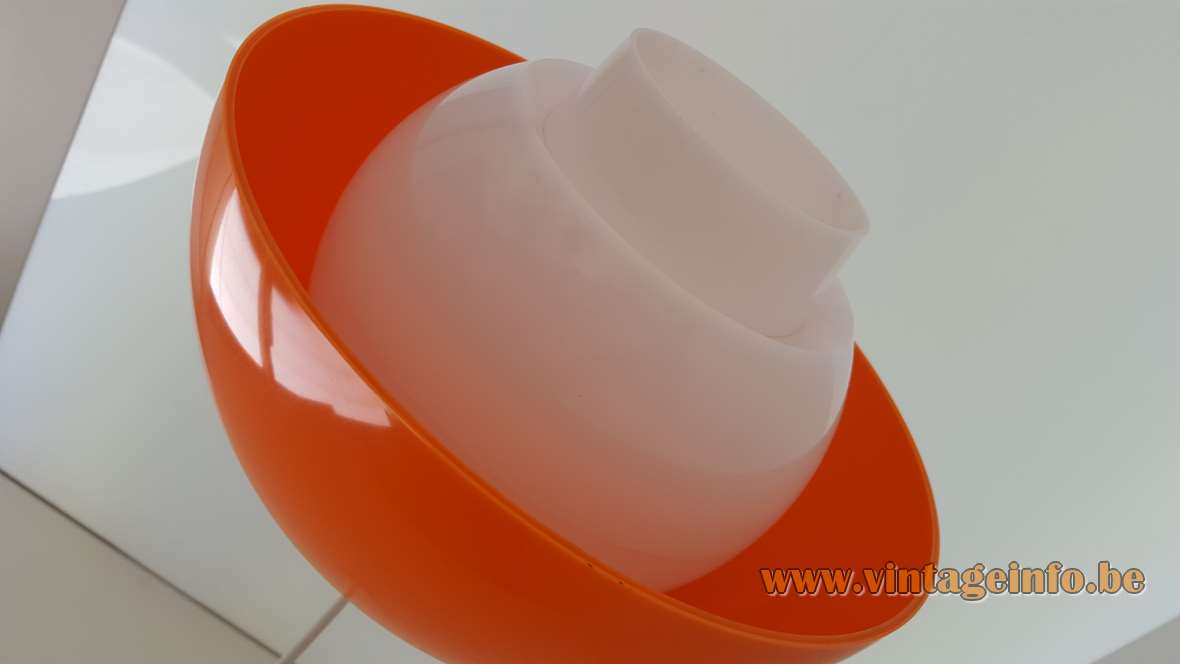 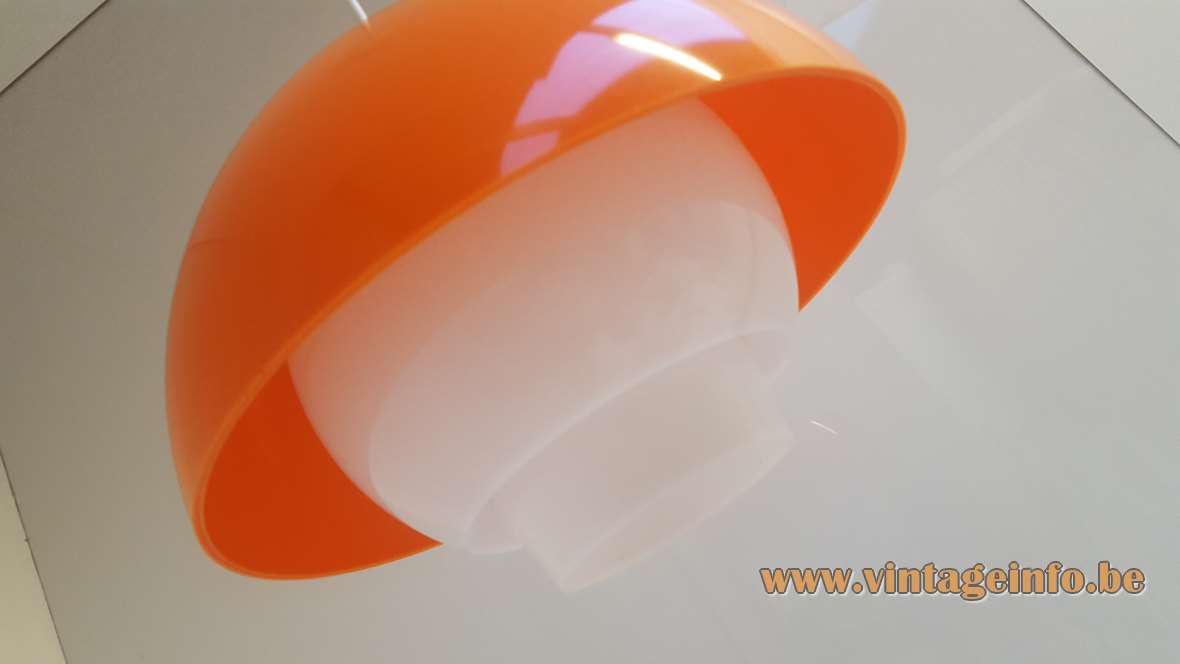 Other versions: This Bent Karlby Ergo pendant lamp exists in many colours.

Only in the late 1960s the company started to produce lights under the ASK Belysninger name. The lighting production ended in 1978. The name A. Schrøder-Kemi A/S changed into Schrøder-Plast A/S and after a merger with 3 other companies it is called SP Moulding A/S, part of the SP Group A/S, the name it still uses today.

Bent Karlby was a Danish architect and designer born in Århus, Denmark in 1912. He joined the Danish resistance movement during the Second World War but fled to Sweden in 1943. A year later he started his own studio in Stockholm and became a member of the Architects’ Association.

After the war he was active in England, the Netherlands, Belgium, and the US. Bent Karlby was a member of the American Institute of Decoration in 1947. In the 1950s he moved back to Denmark. His lighting designs date mainly from the 1960s and 1970s, when he designed several lights and most sought-after designs for LYFA A/S from Copenhagen.

He designed this pendant lamp, together with some other lamps in 1971, all made in plastic (acrylic). His most famous lights are the Ergo for ASK Belysninger and the Pan pendant and wall lamp for Lyfa. A lamp with many similarities of the Fuga wall lamp and the Teulada pendant lamp of Harvey Guzzini. Bent Karlby passed away in 1998.

This lamp in the catalogue on Danish Lights