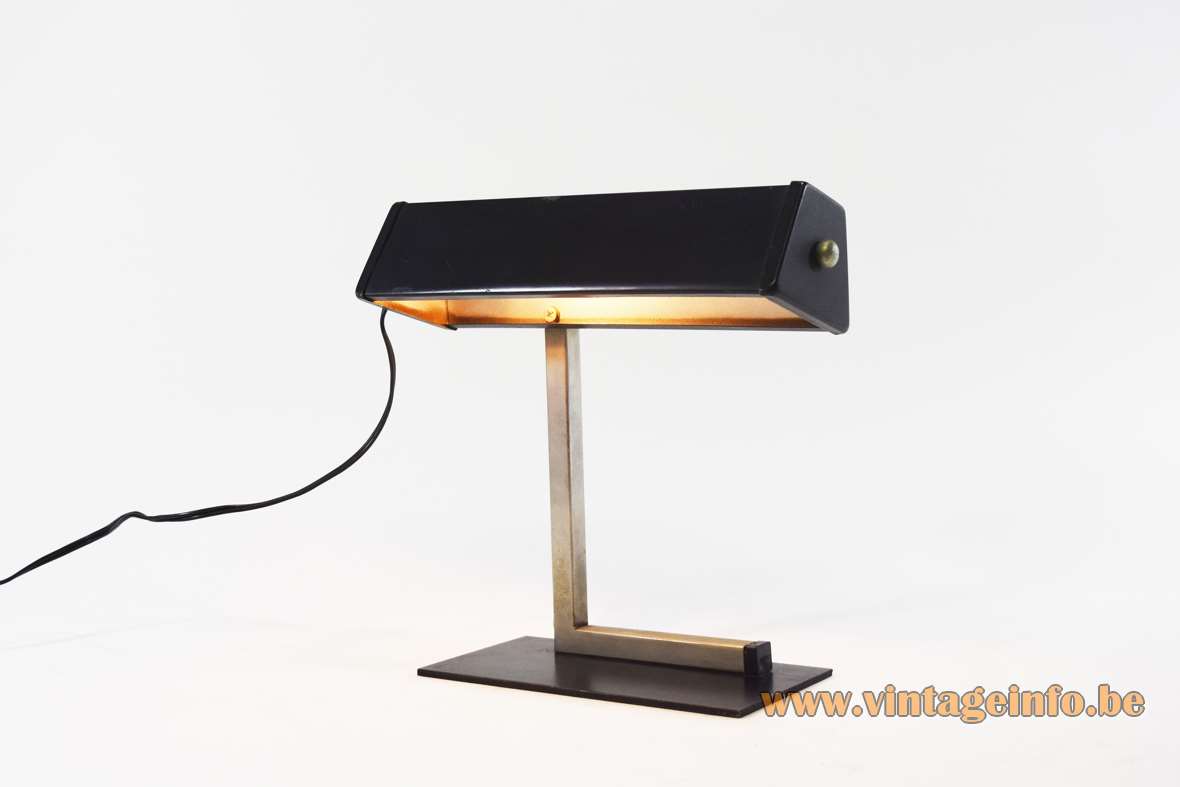 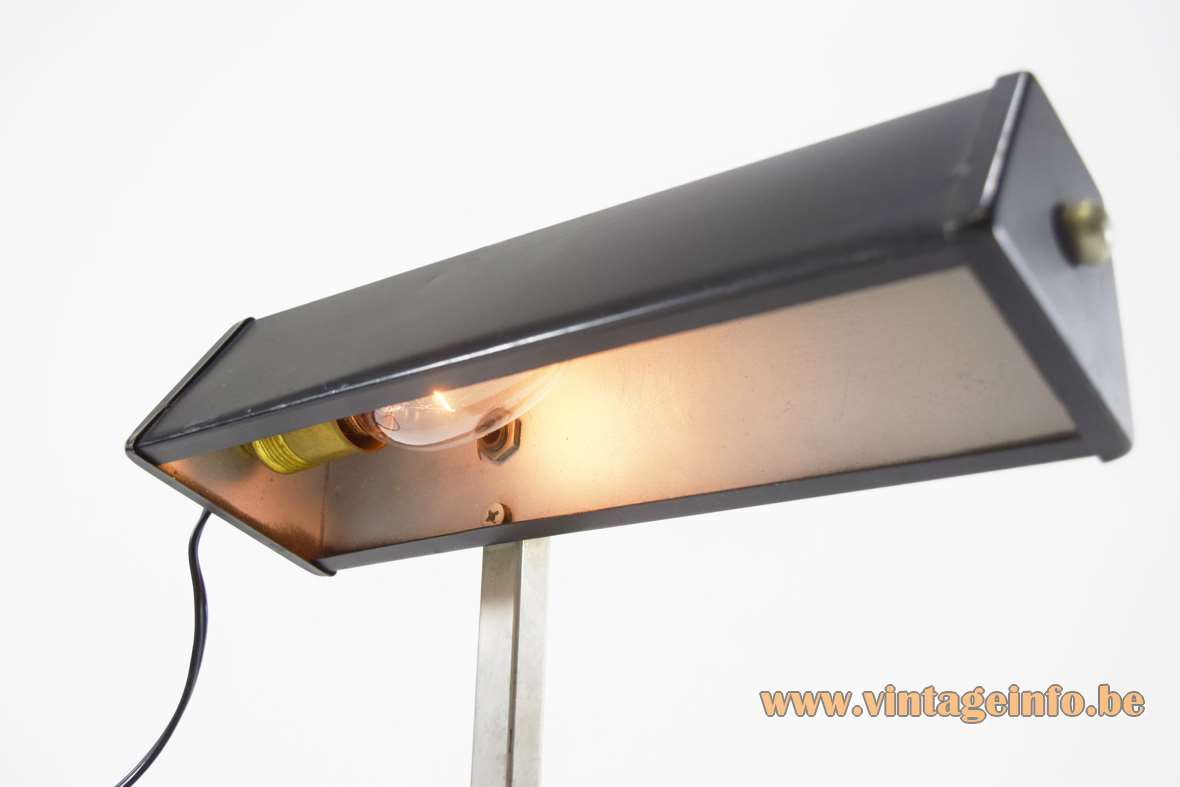 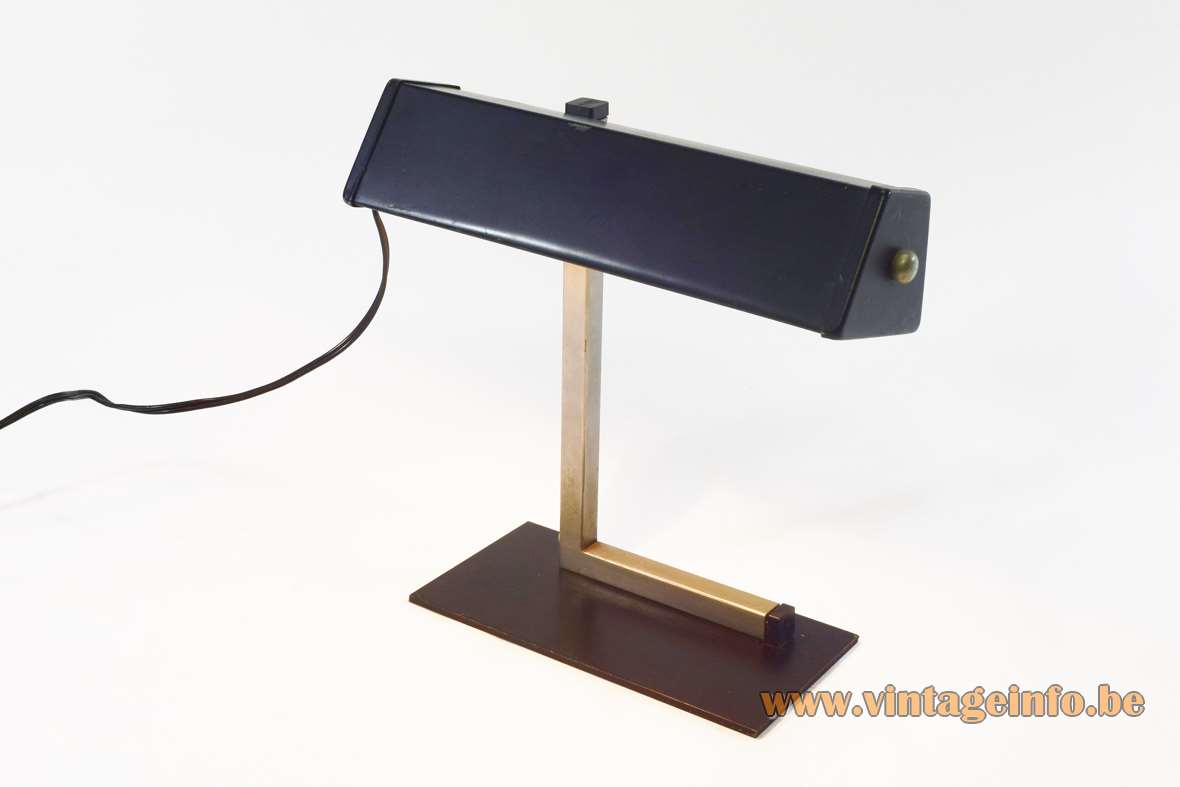 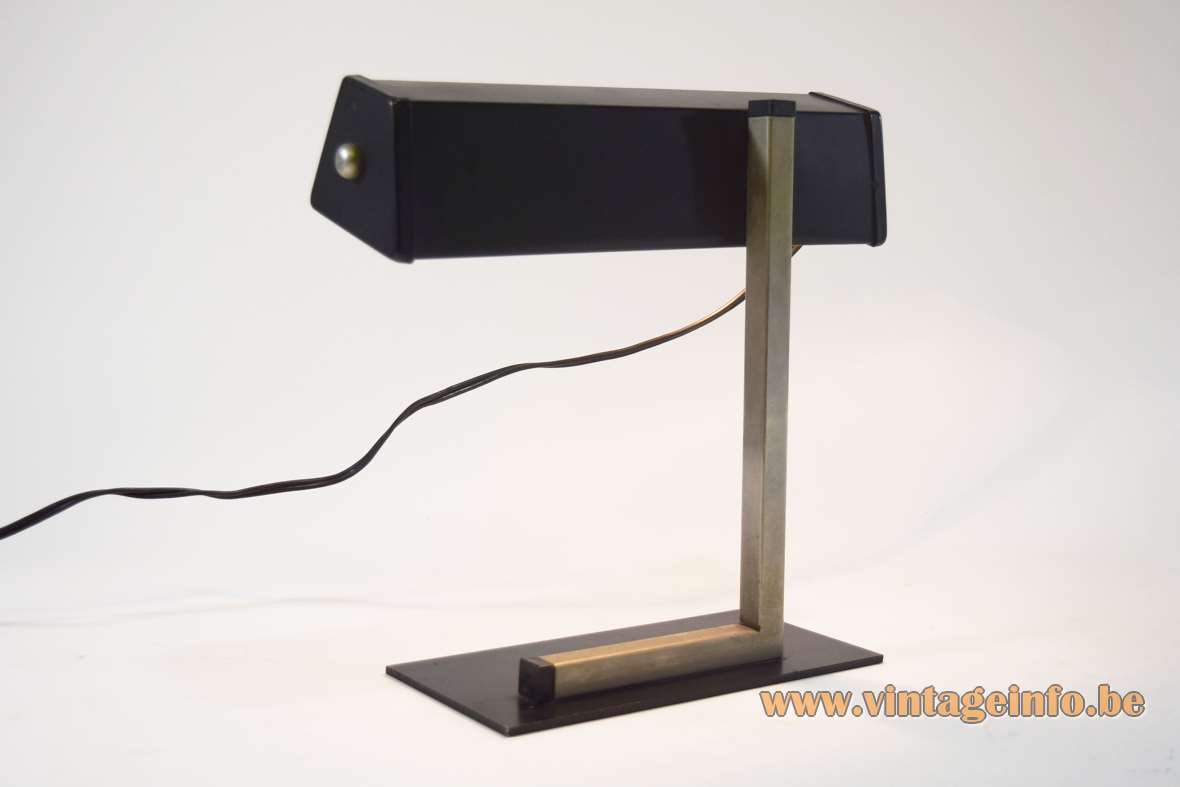 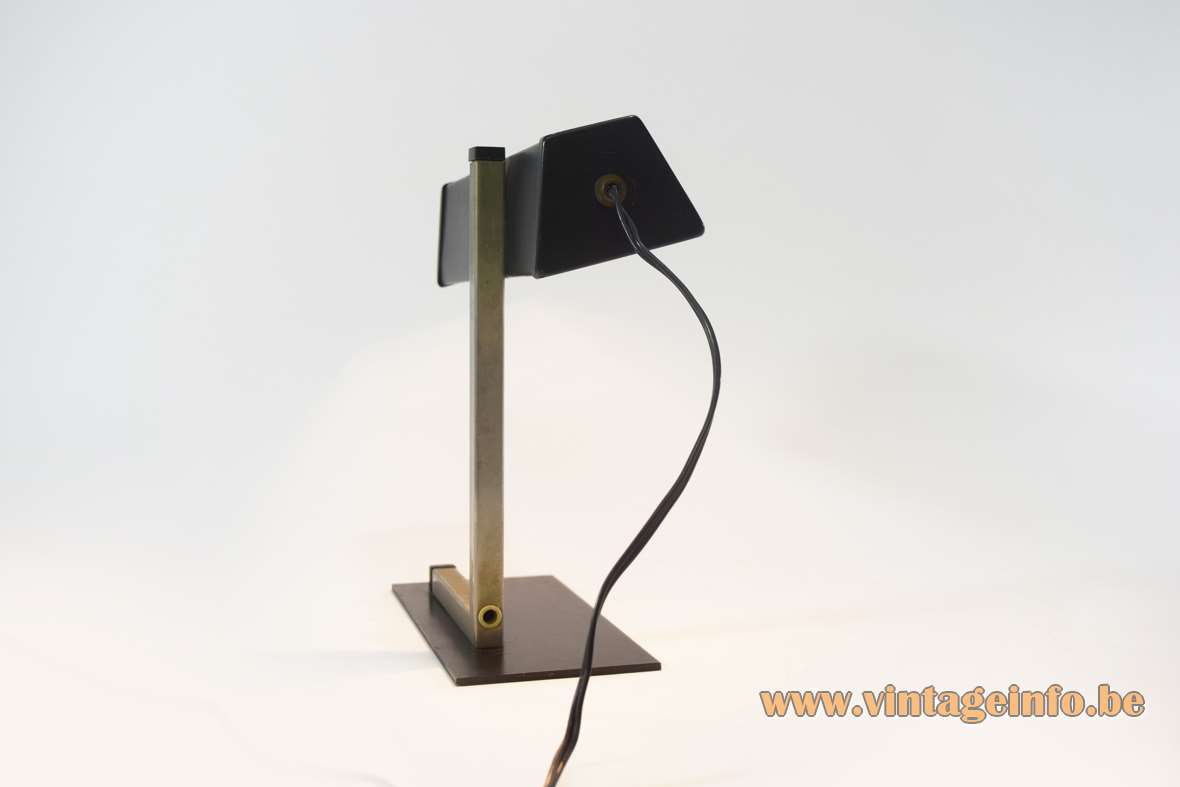 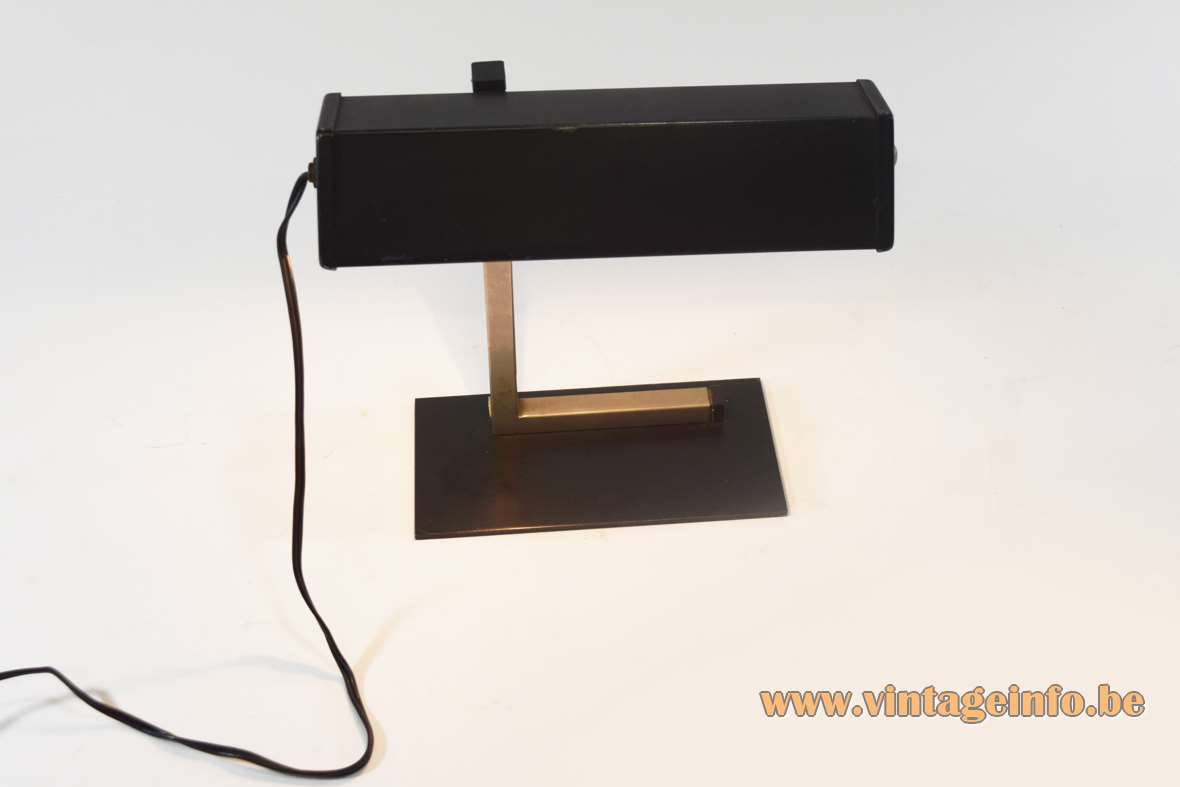 Other versions: This 1960s trapezium desk lamp was probably made in several colours. This table lamp with an industrial feel is ideal for use as a reading lamp.