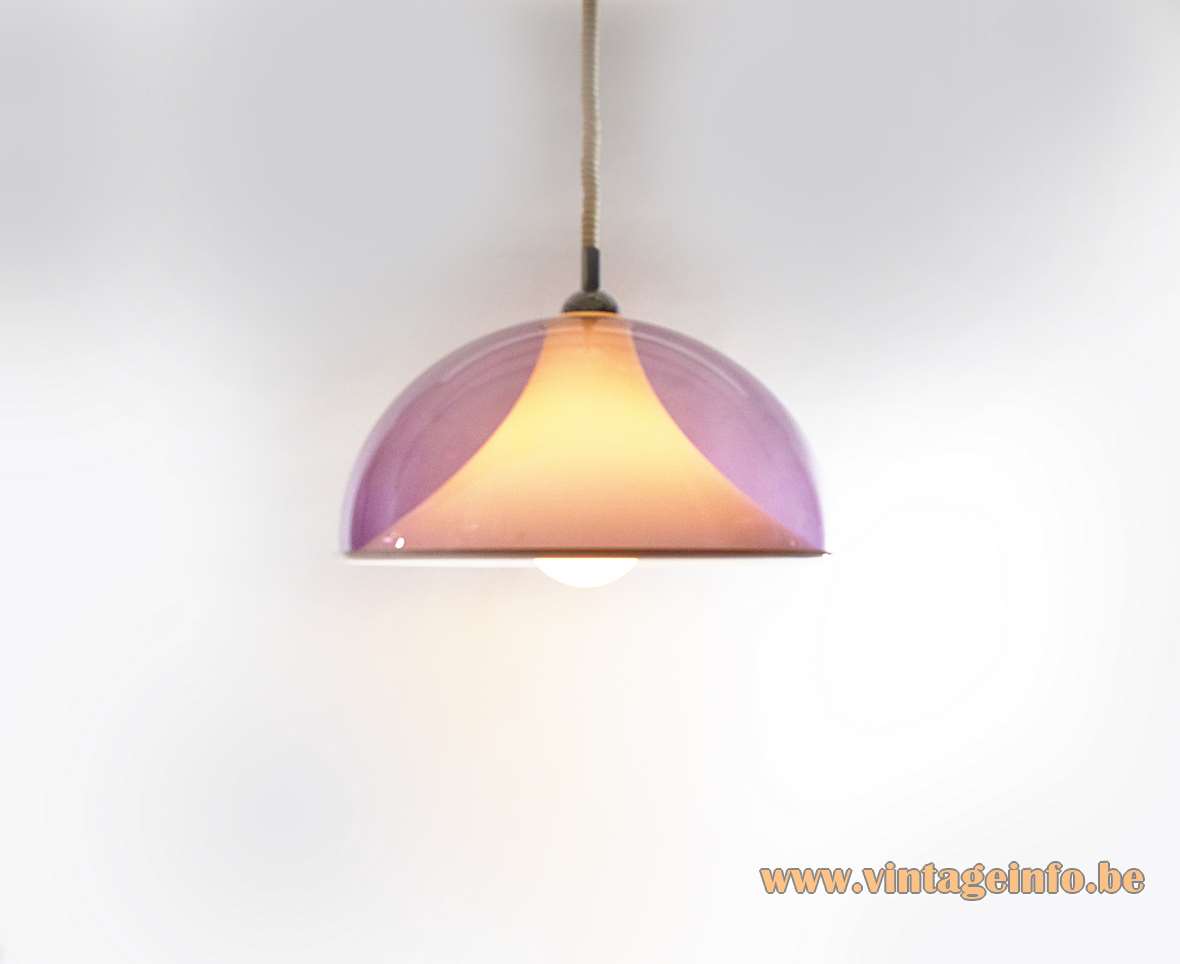 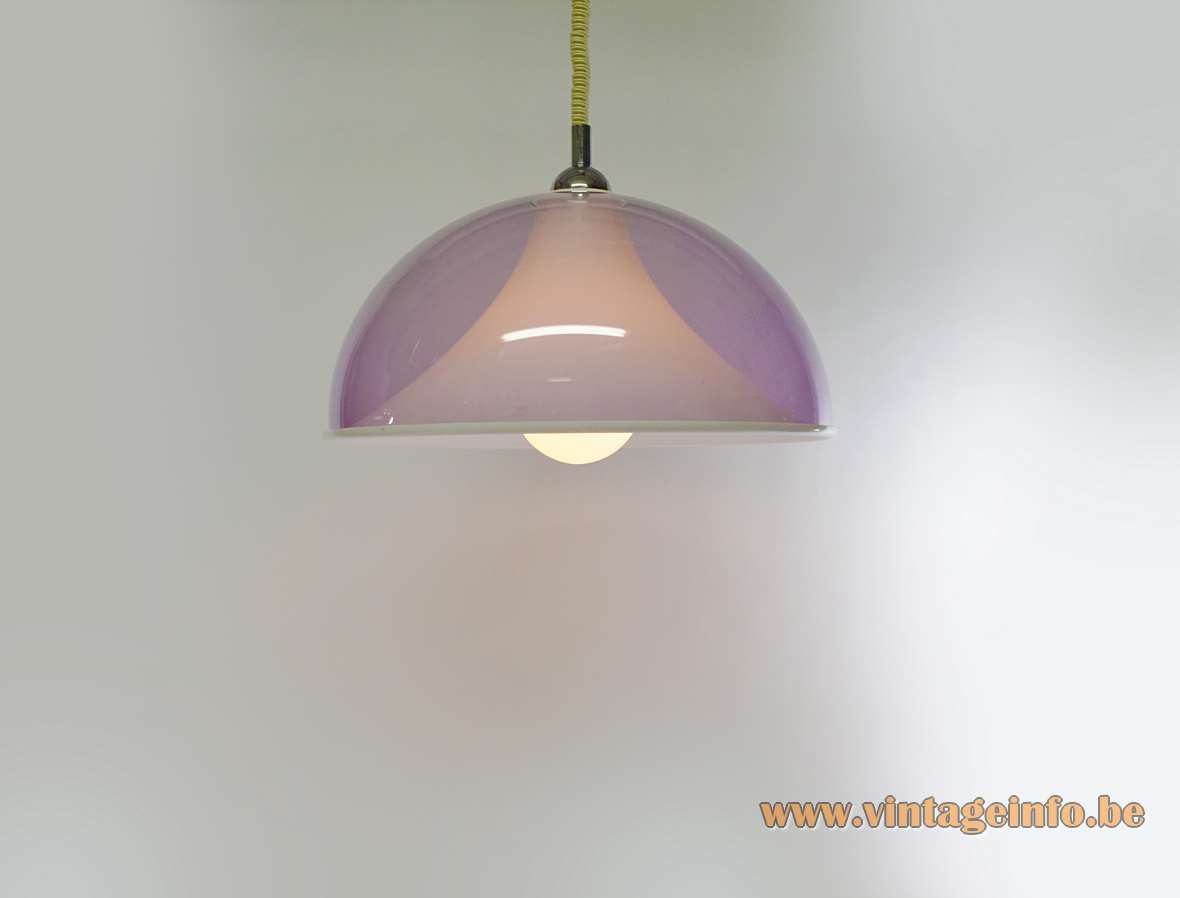 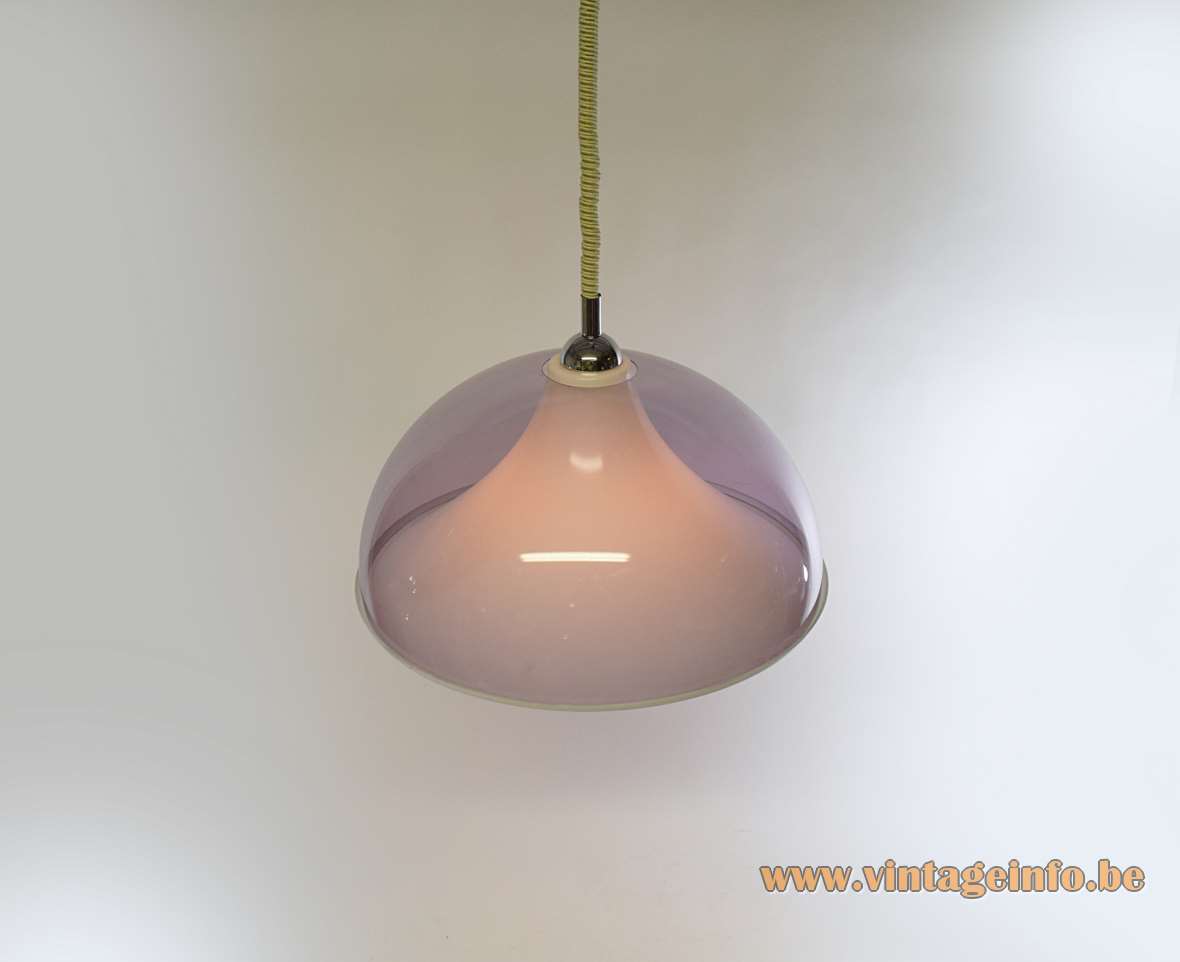 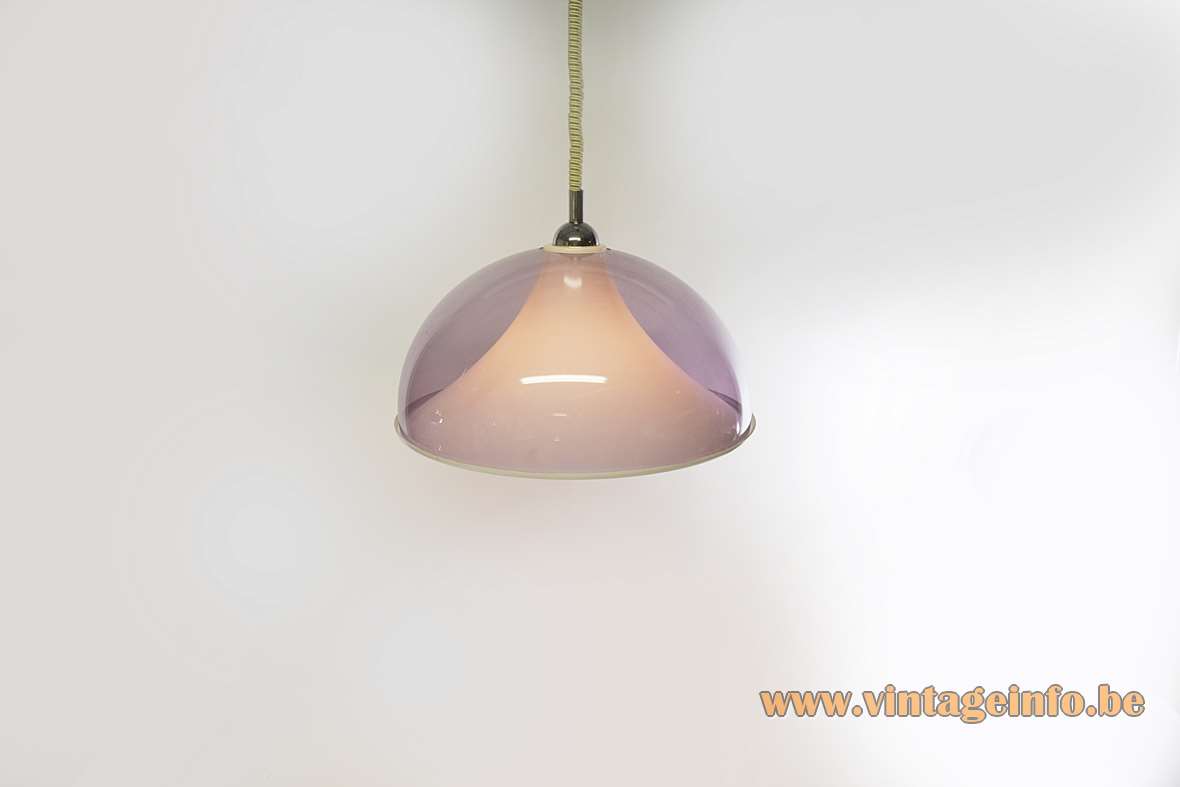 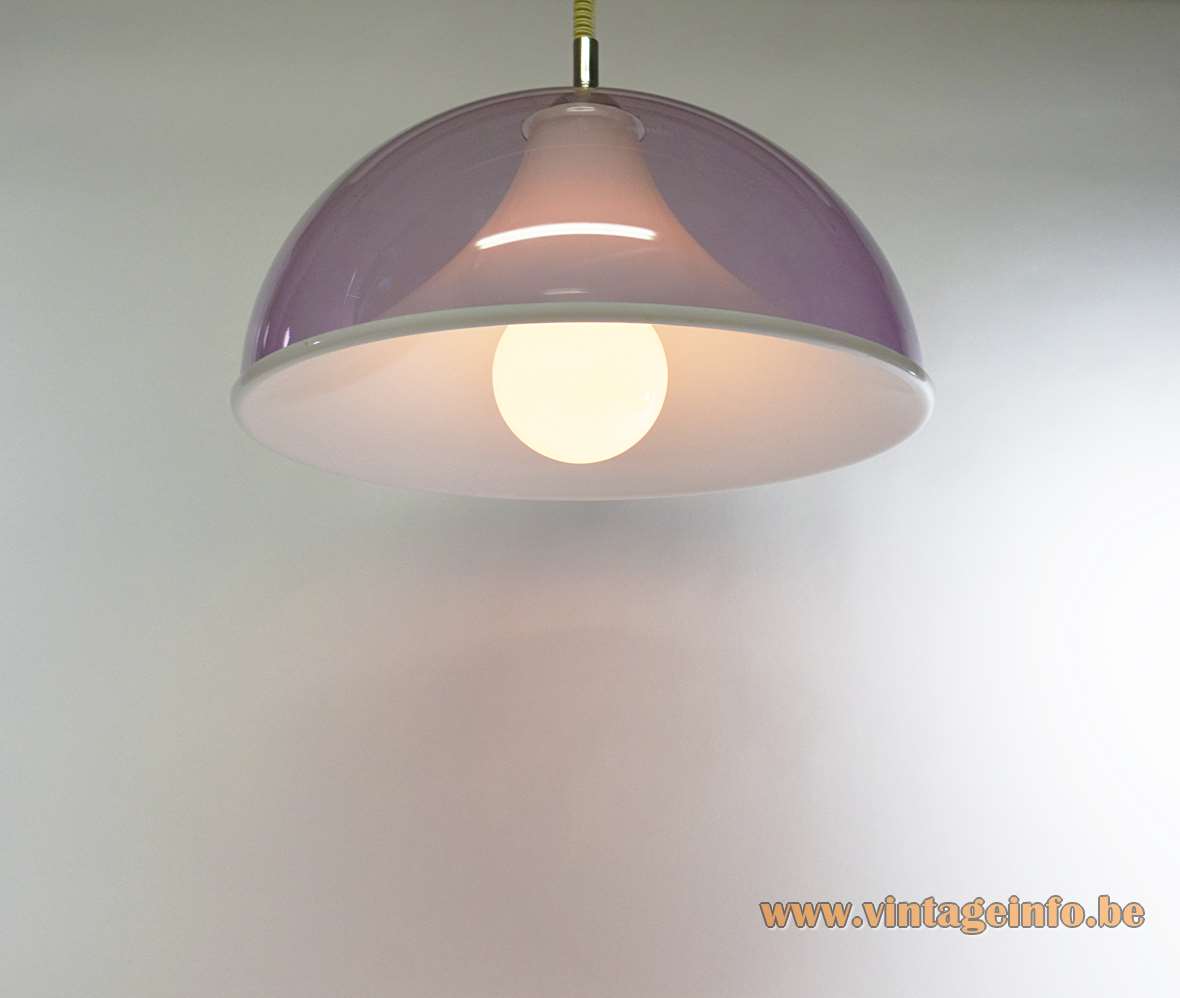 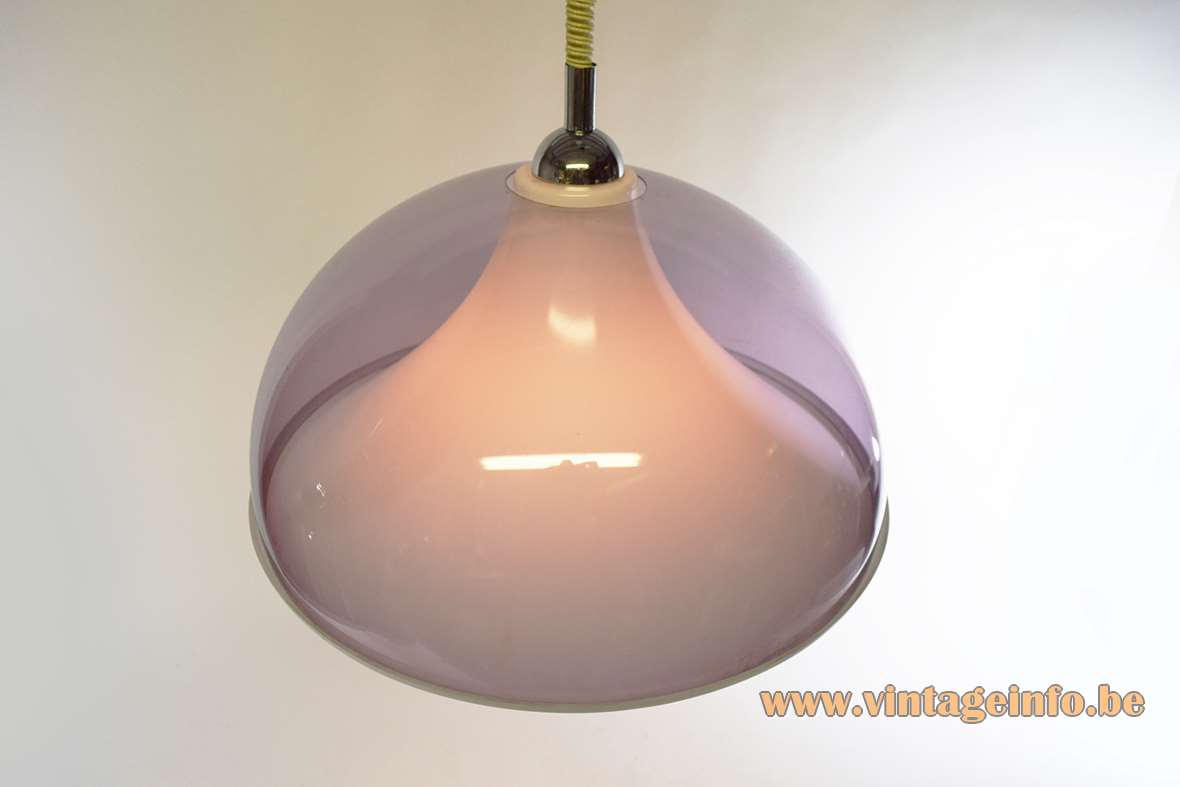 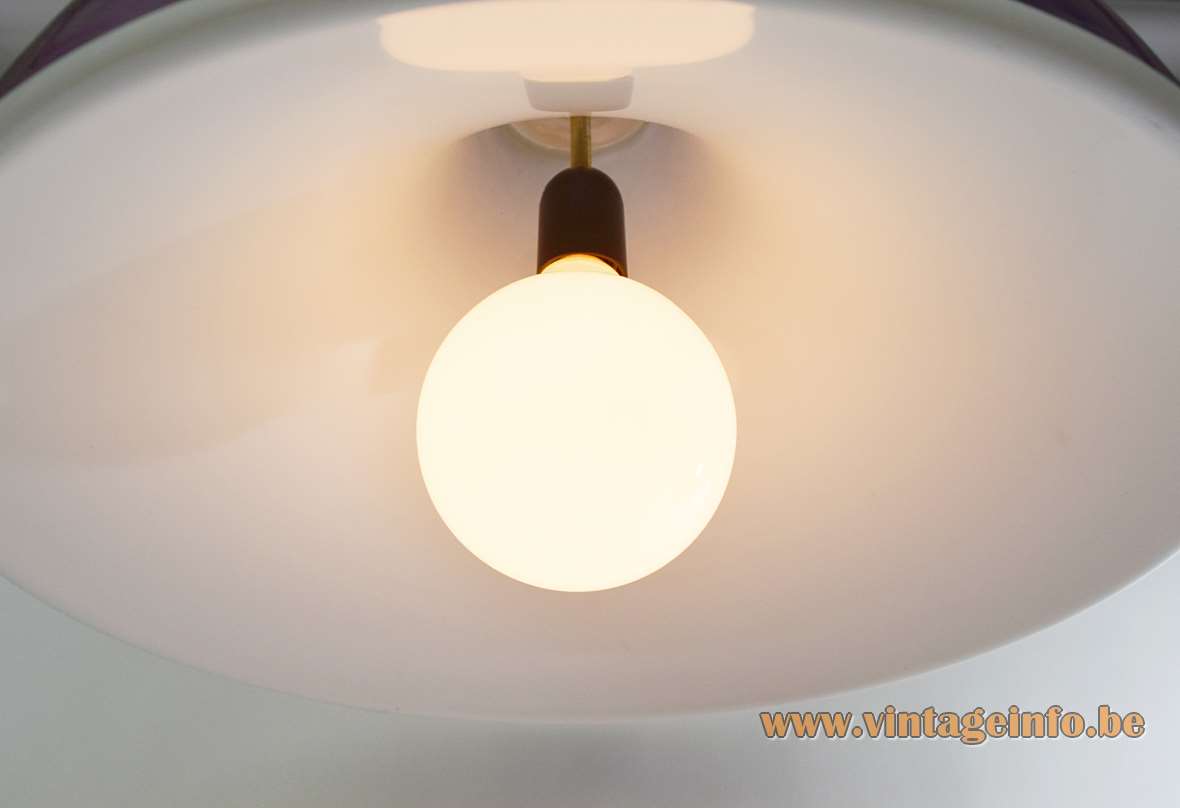 Other versions: This acrylic rise & fall pendant lamp exists in several colours. Sold with or without rise & fall mechanism. It also exists as a floor lamp.

The rise & fall mechanism was made by an unknown Italian company. Only the words brevettato (patented) and – regolazione portata + (adjustable system with a screw from – to +). Completely different build than the plastic rise & fall mechanism’s from the famous Rolly company, also from Italy. 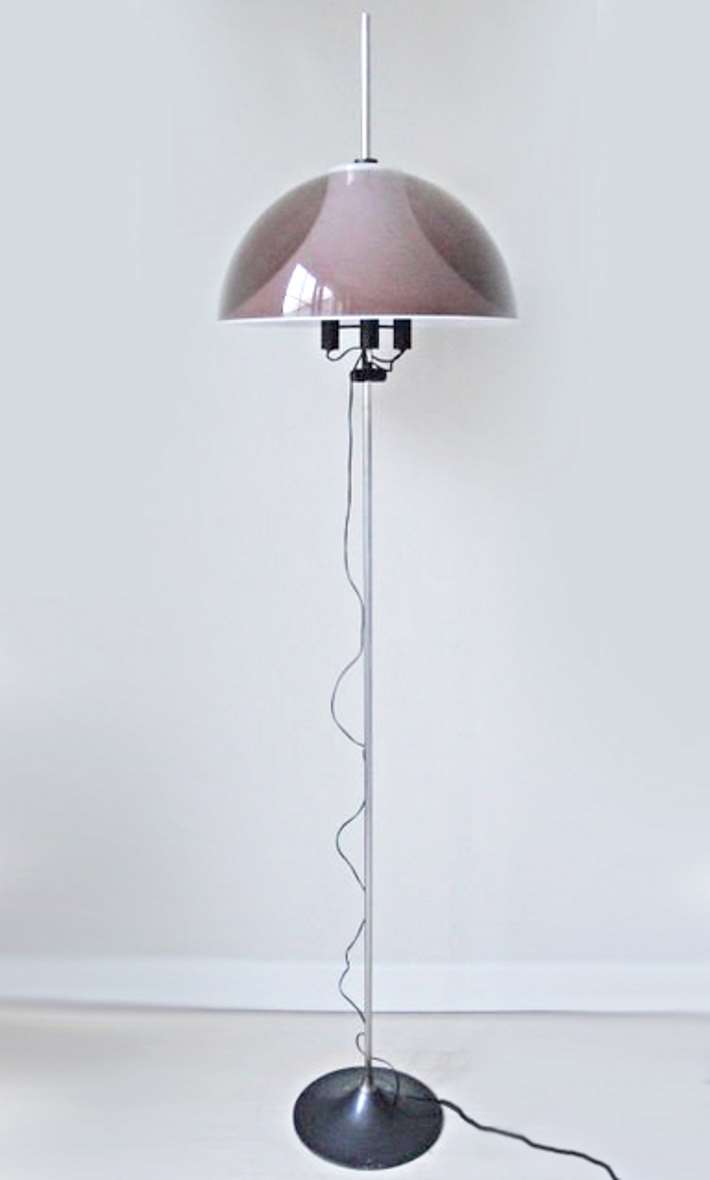