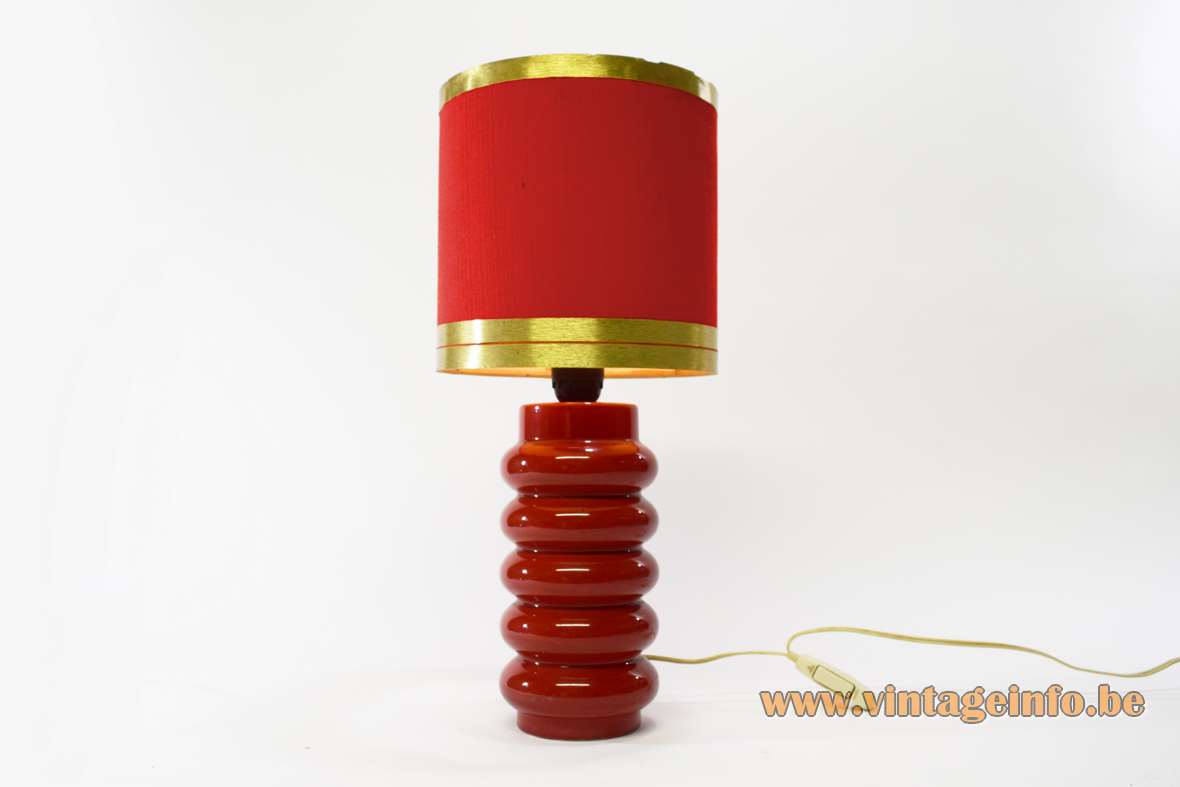 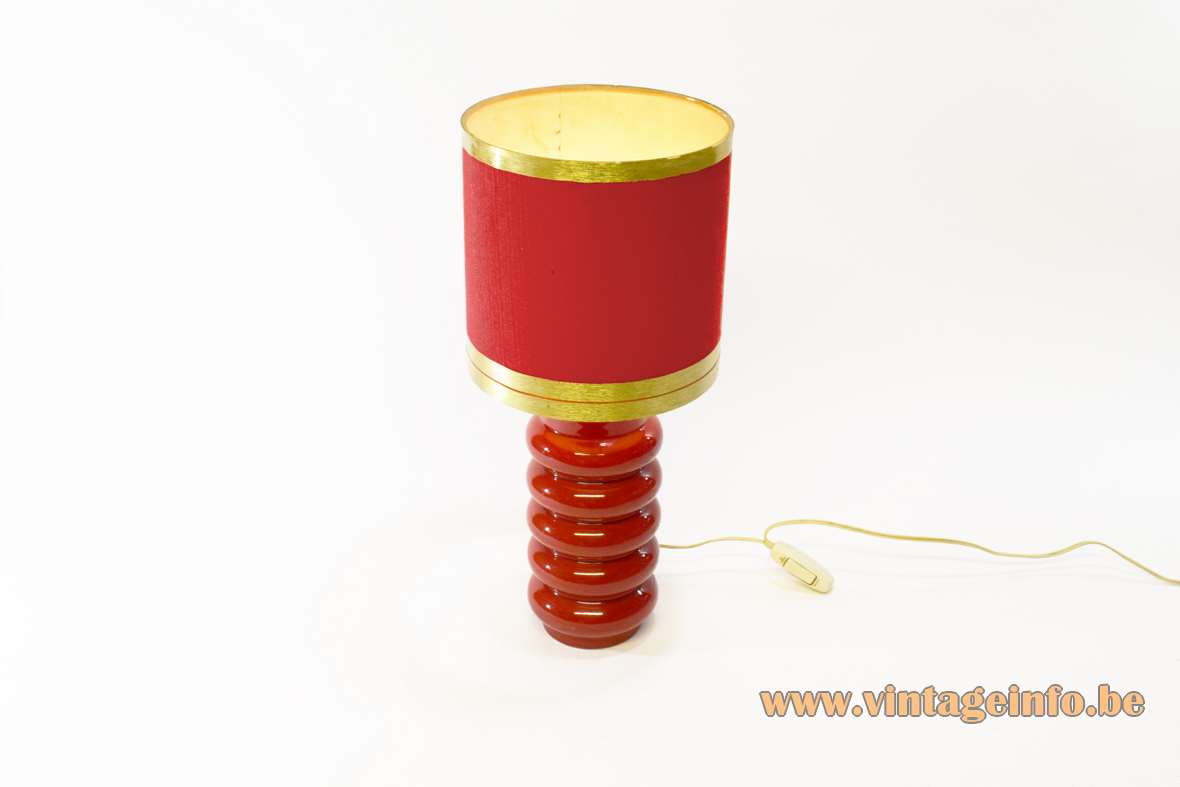 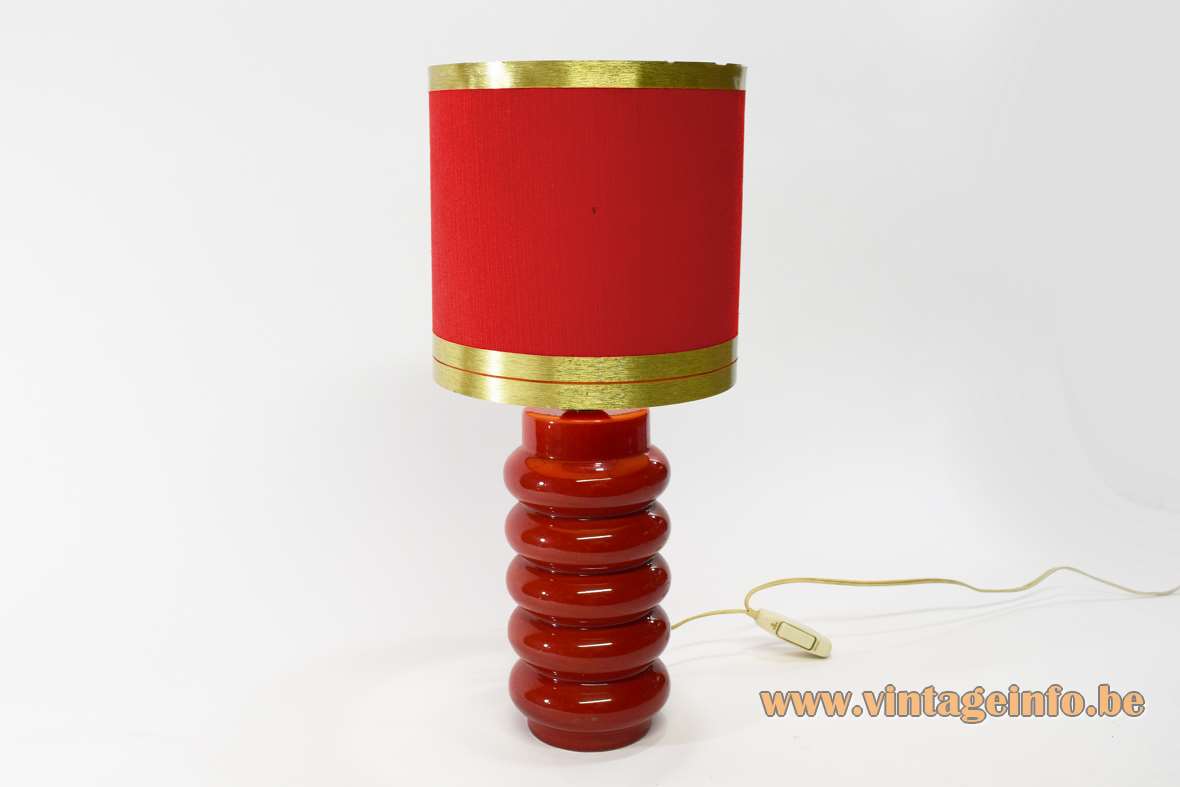 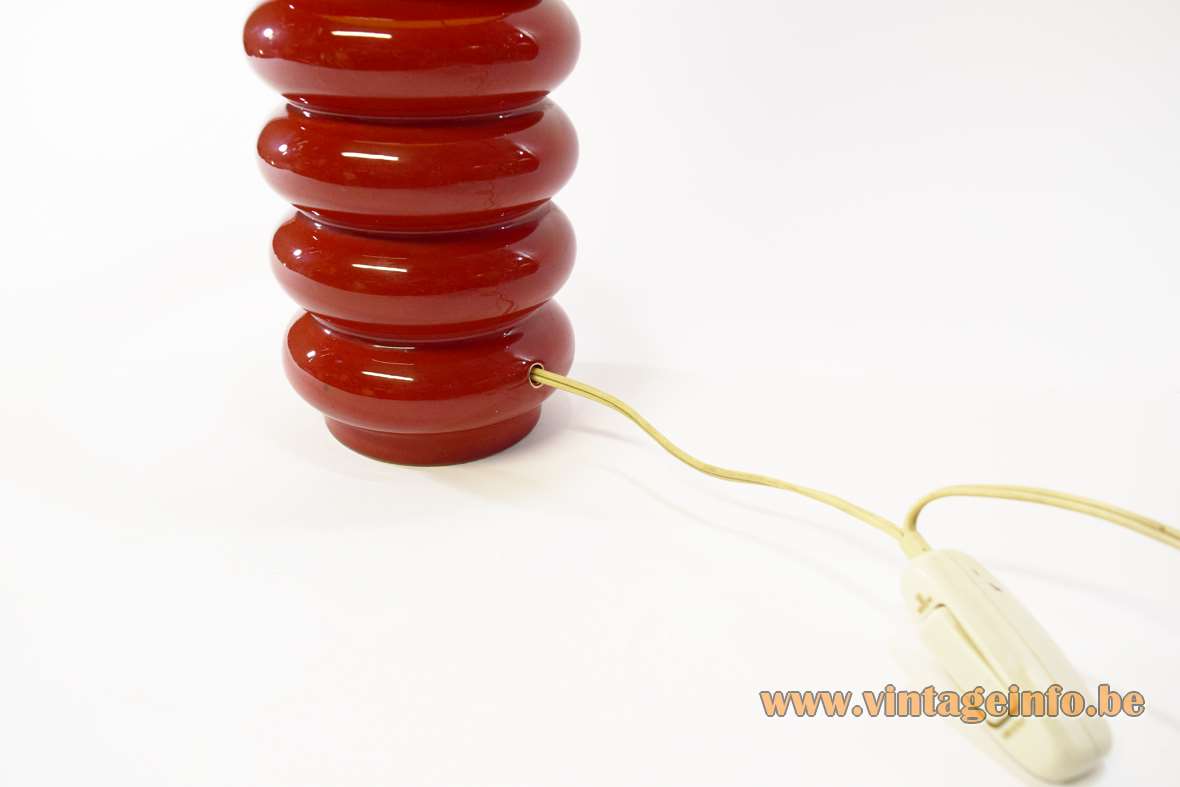 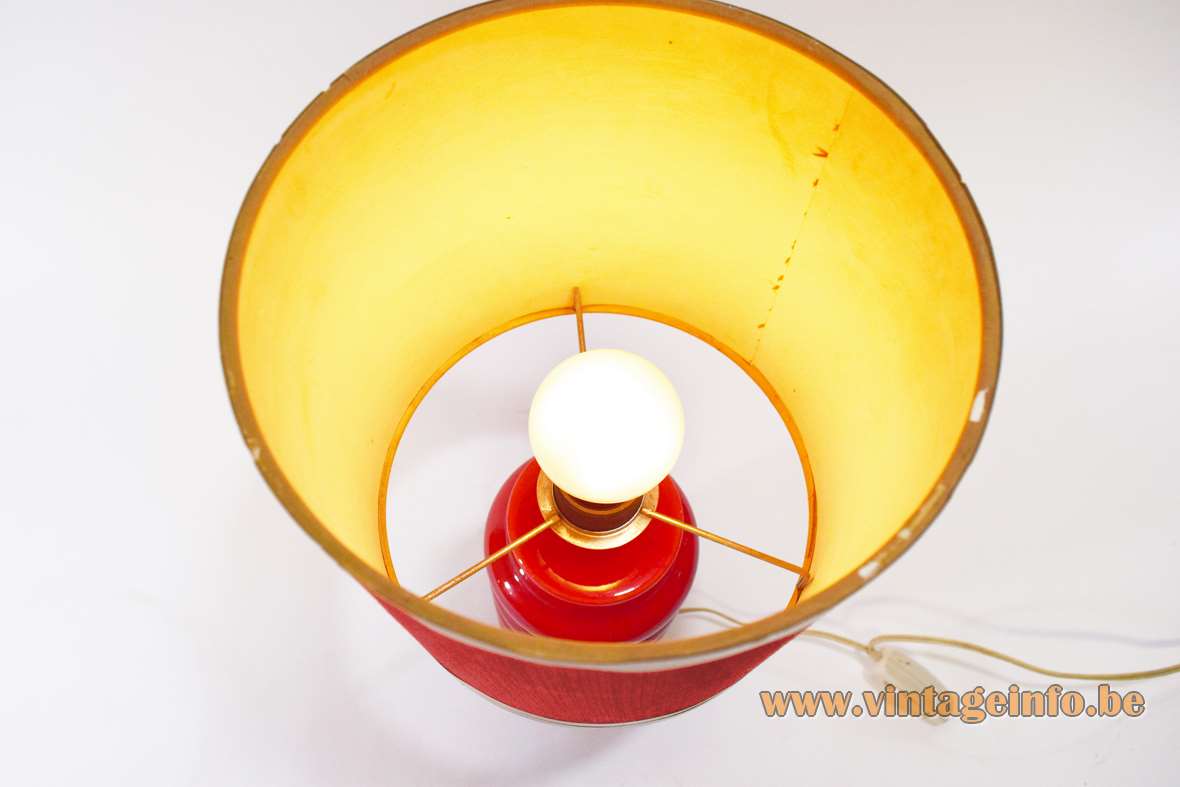 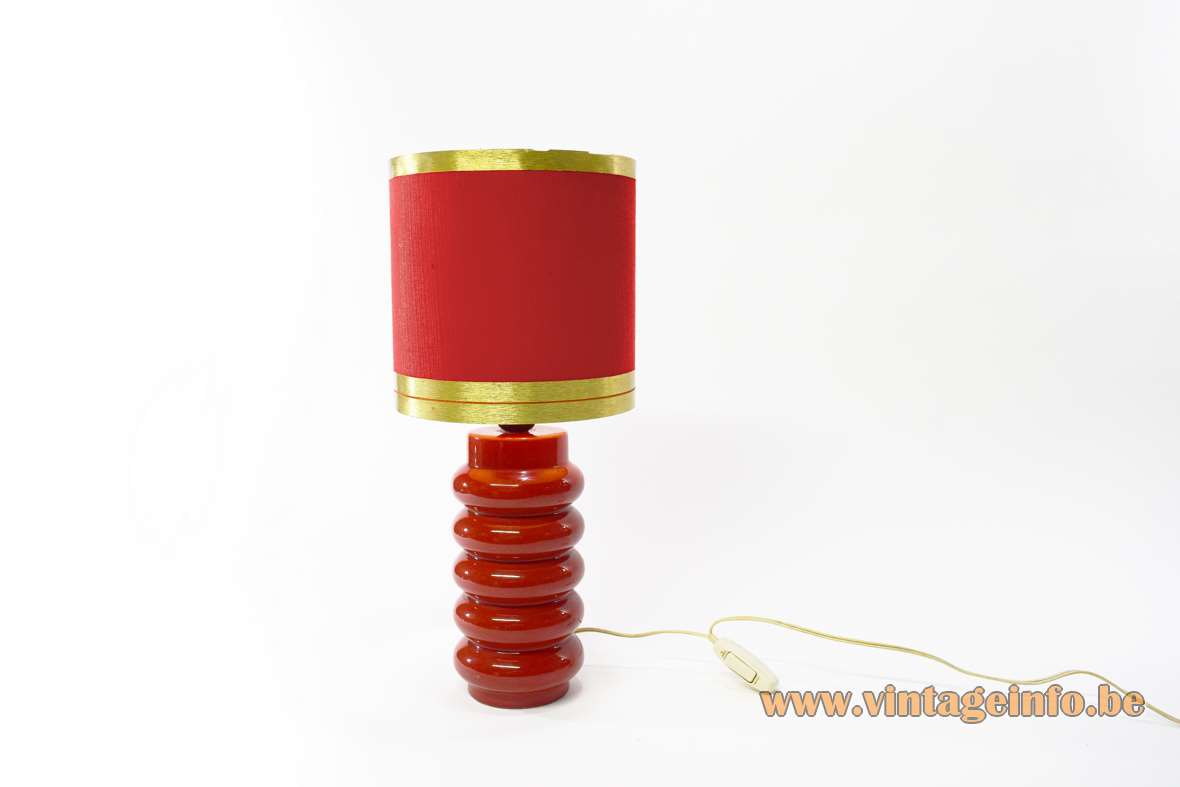 Other versions: This 1970s red table lamp was made in several sizes and colours and was probably sold with several different lampshades. A smaller orange version ca be found here on Vintageinfo. 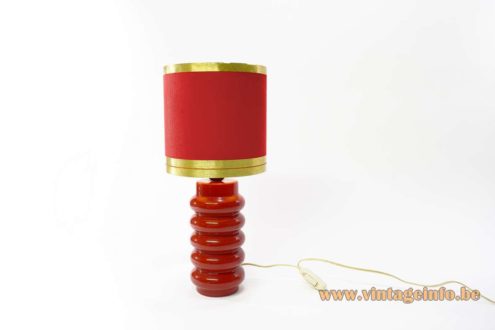