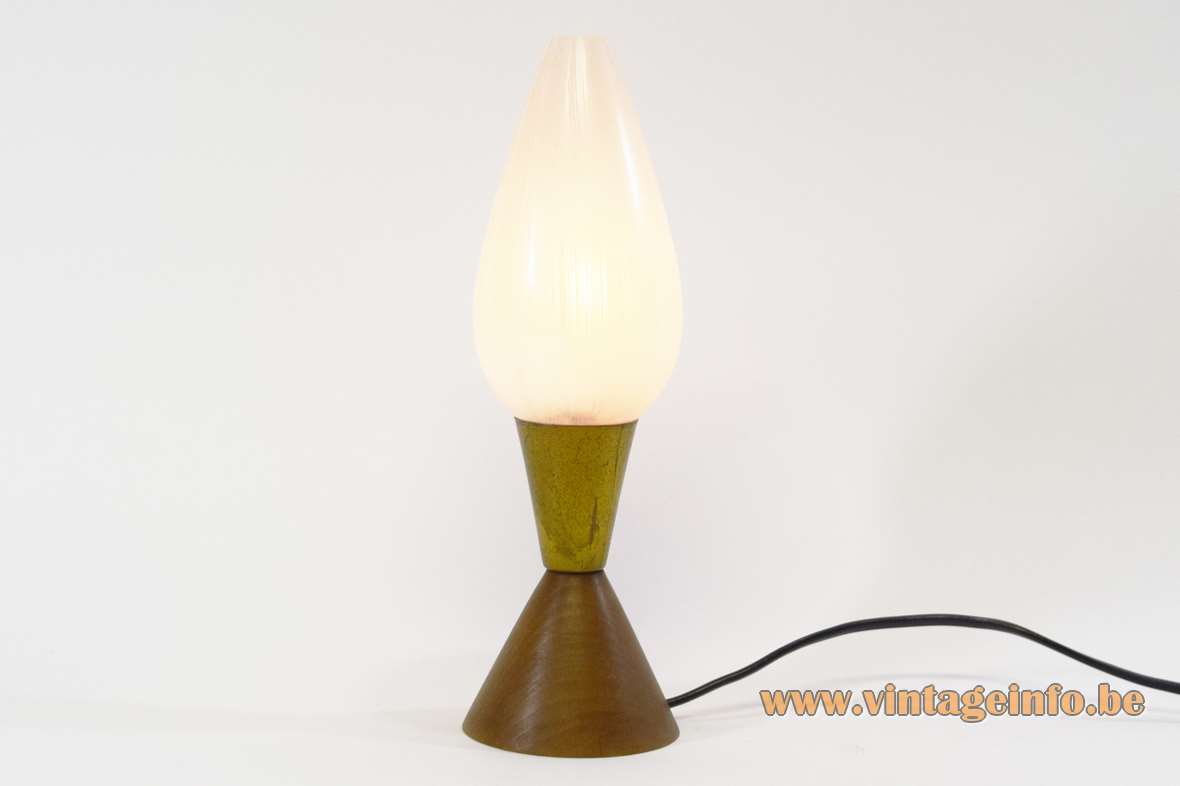 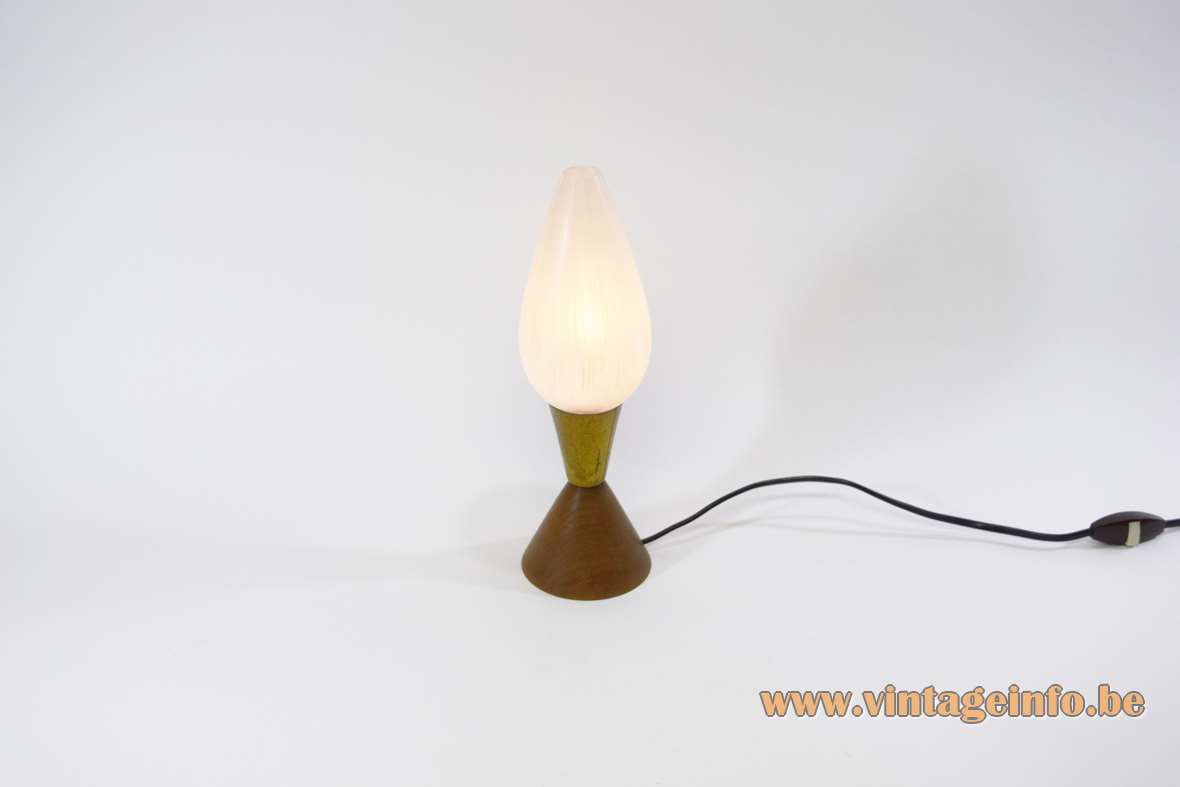 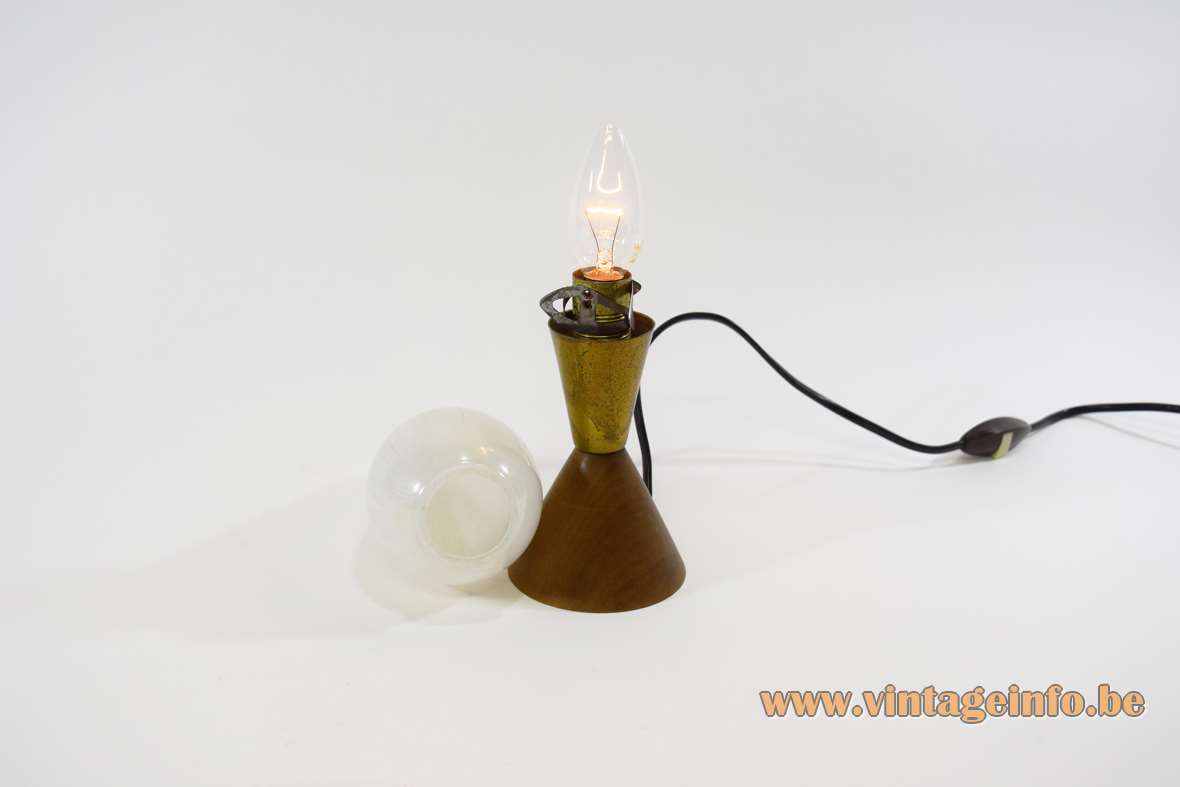 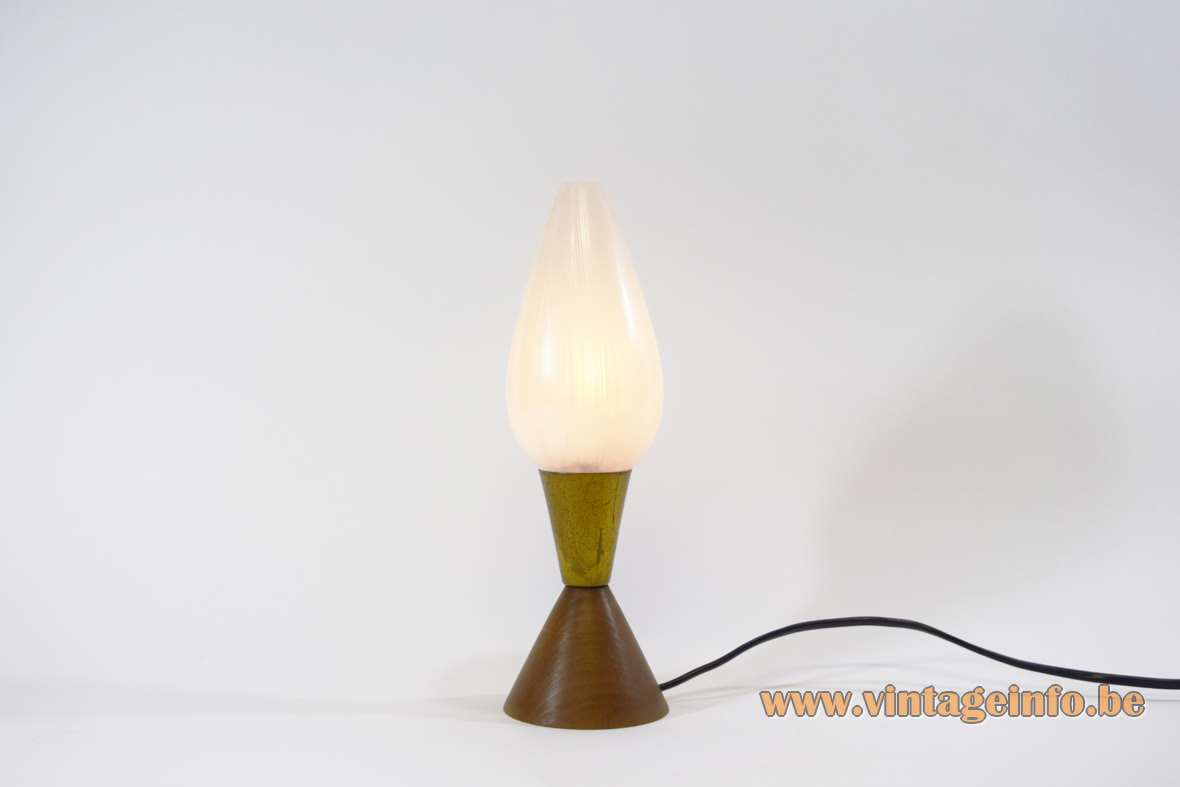 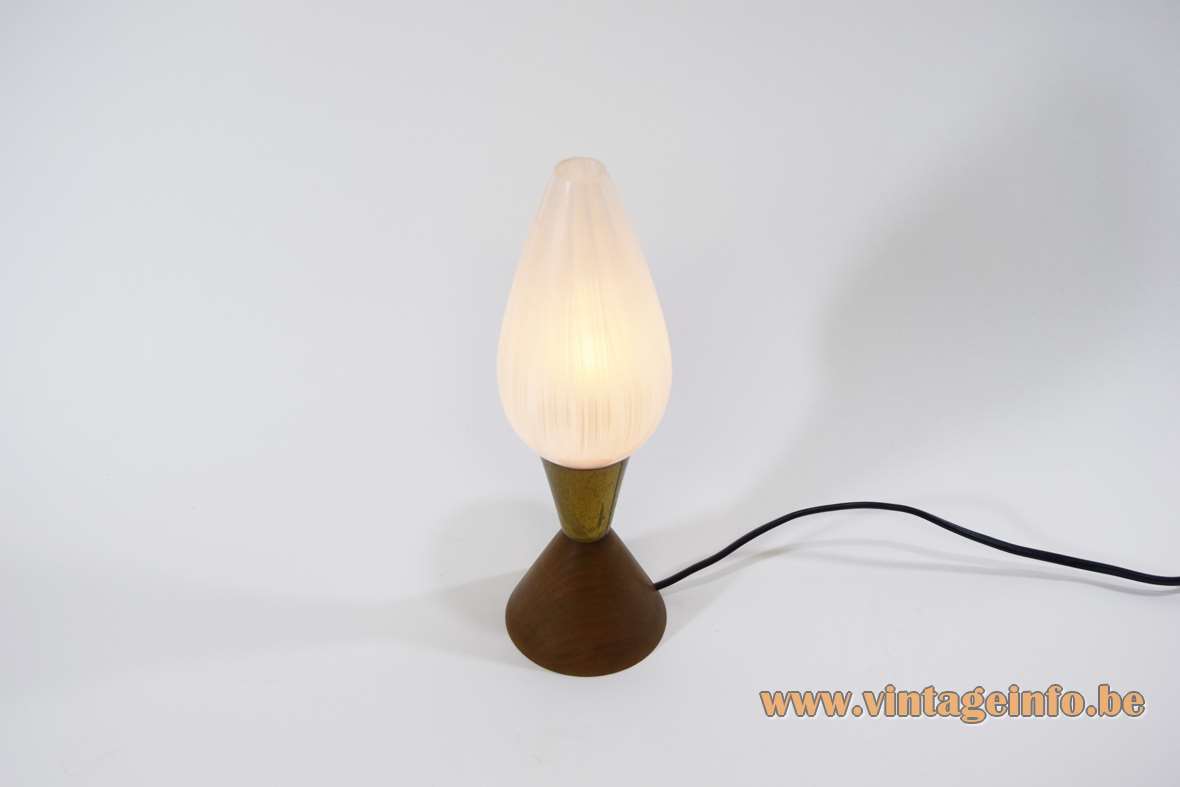 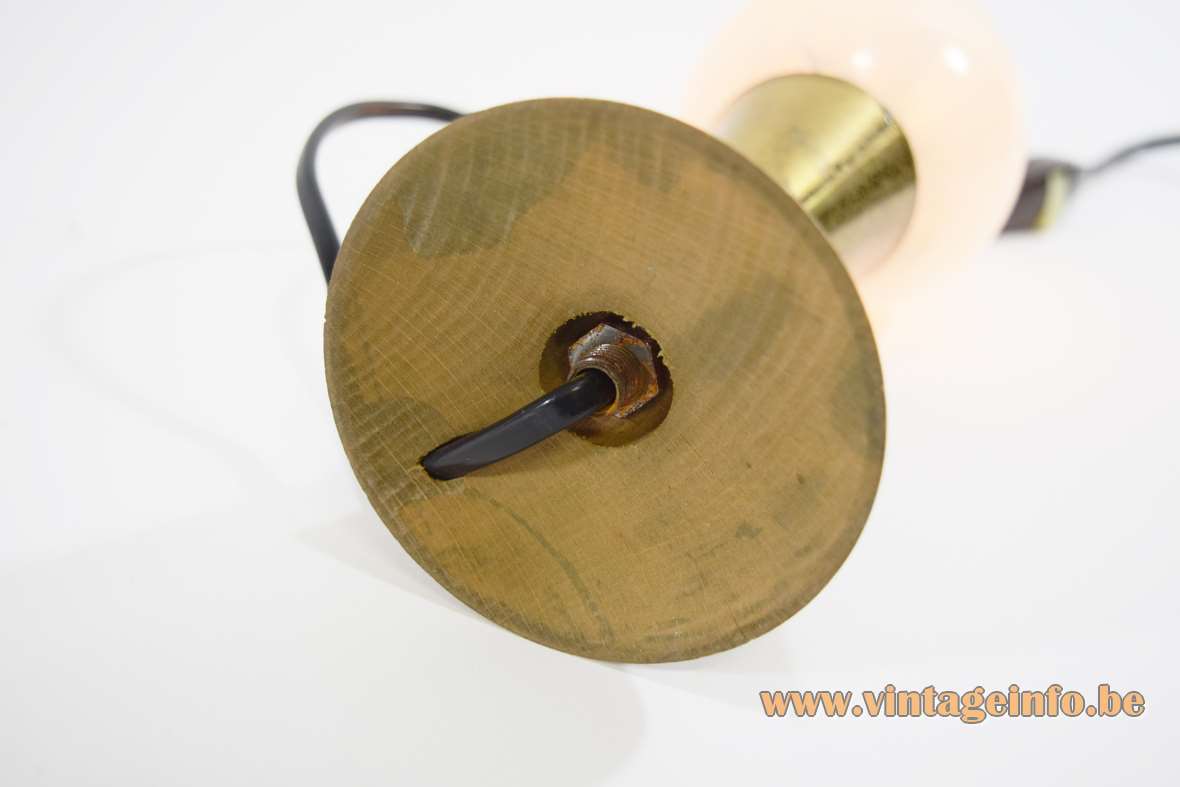 Other versions: This 1950s bedside table lamp exists in some variations and was sold with other models of glass. The glass was also used for many other lamps such as chandeliers and wall lamps.