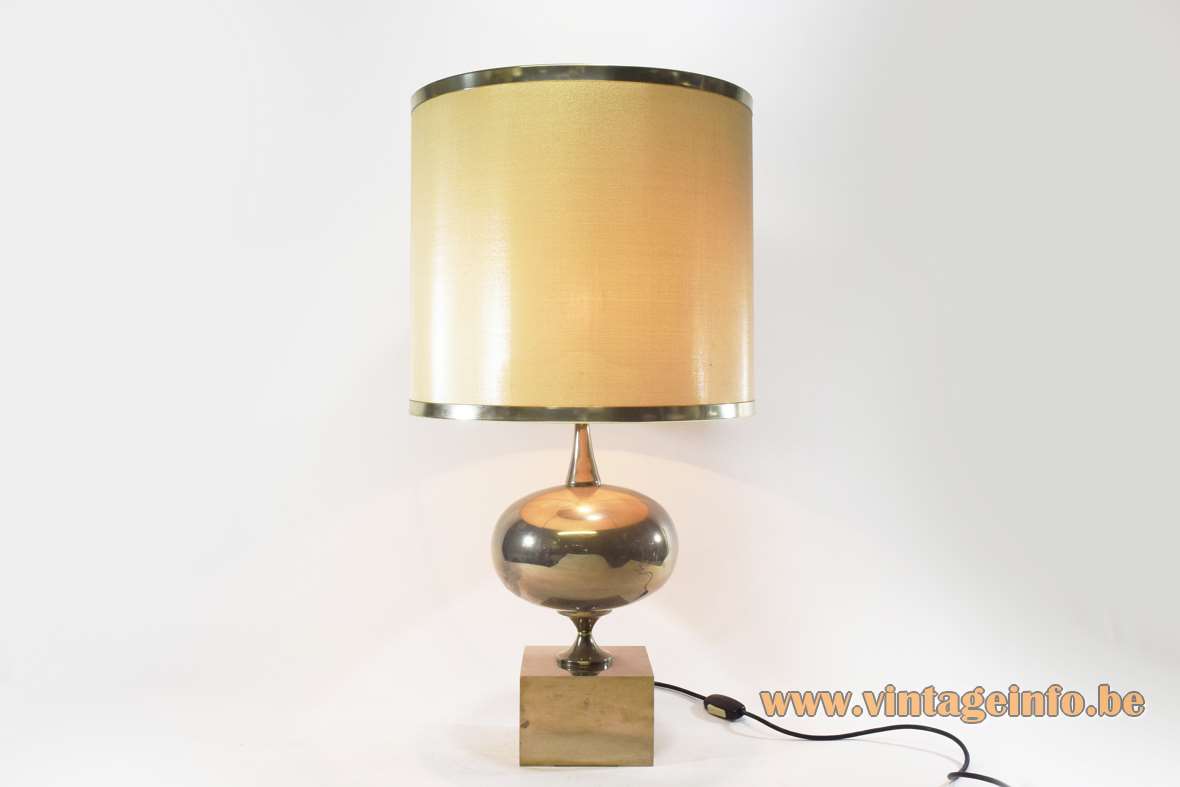 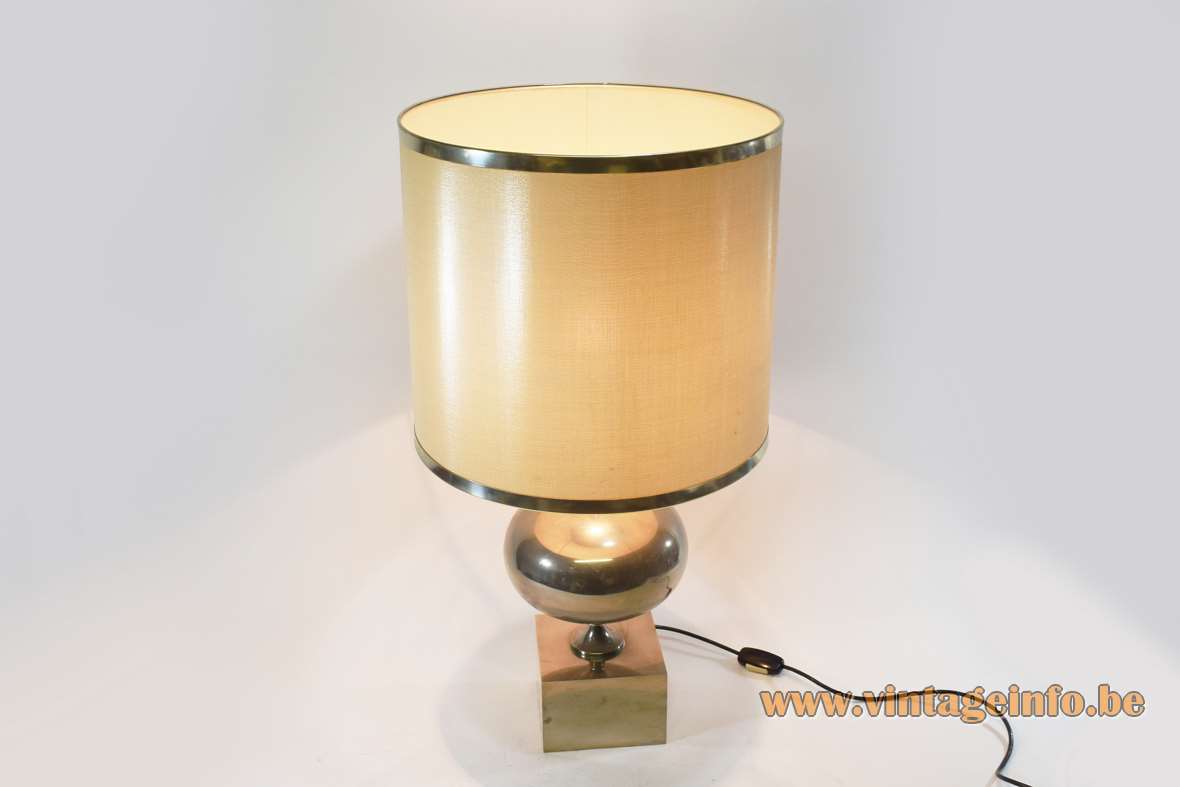 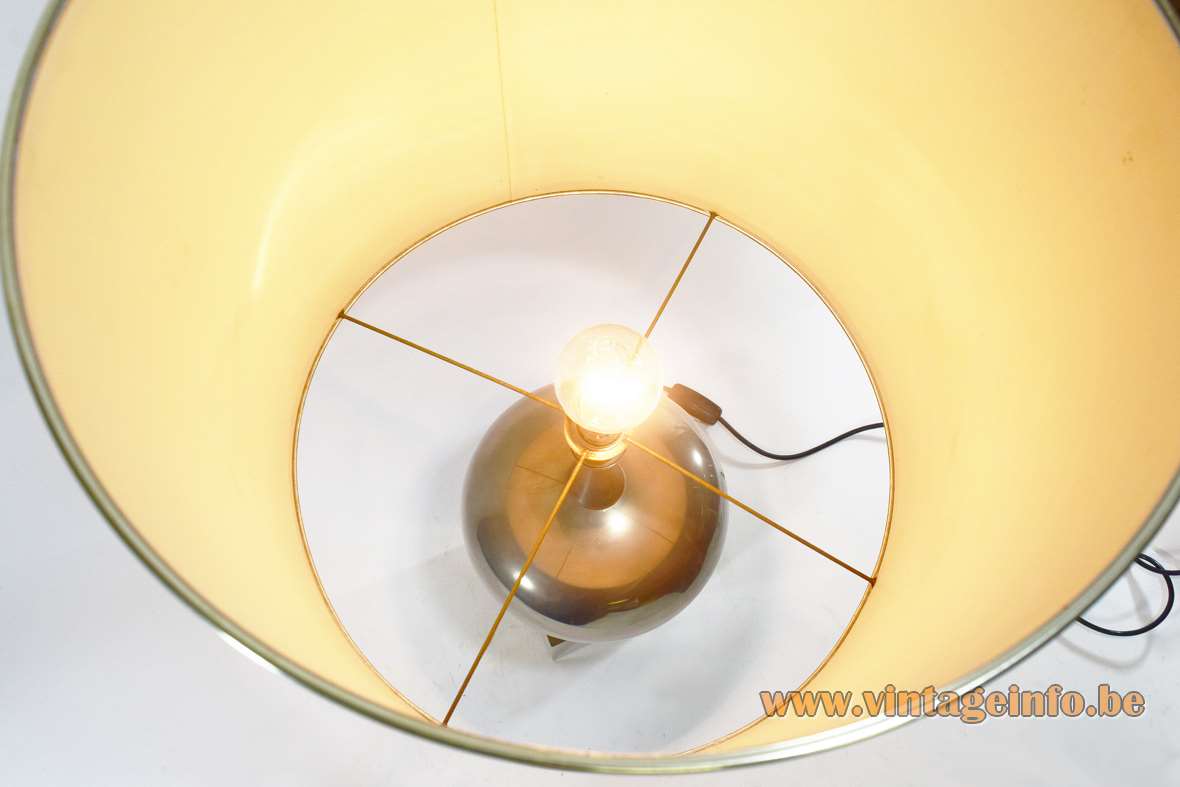 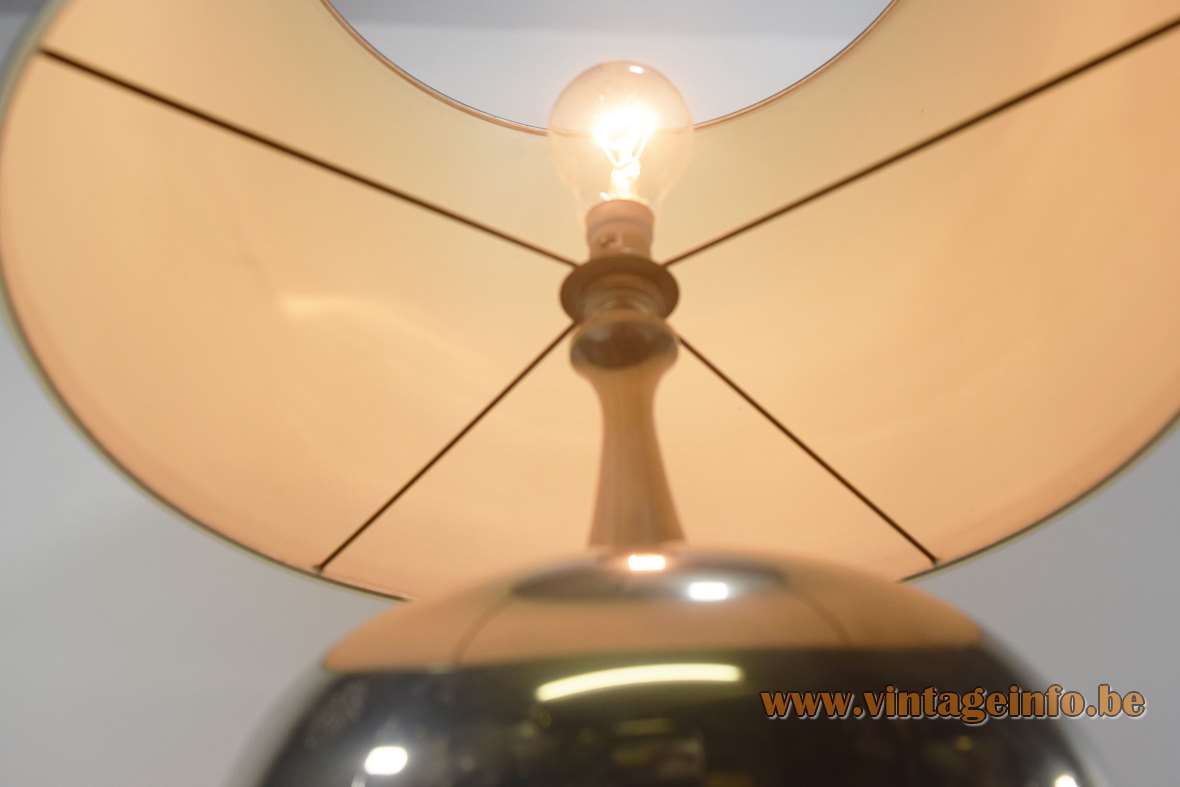 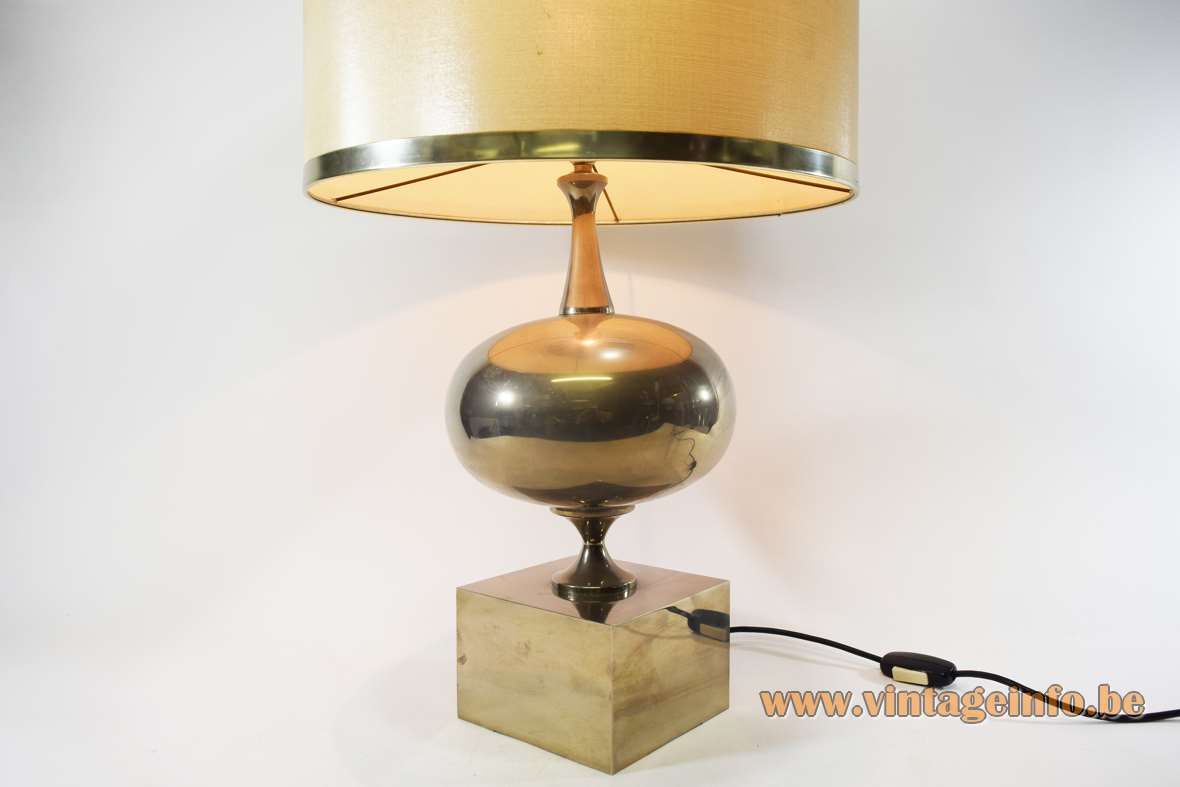 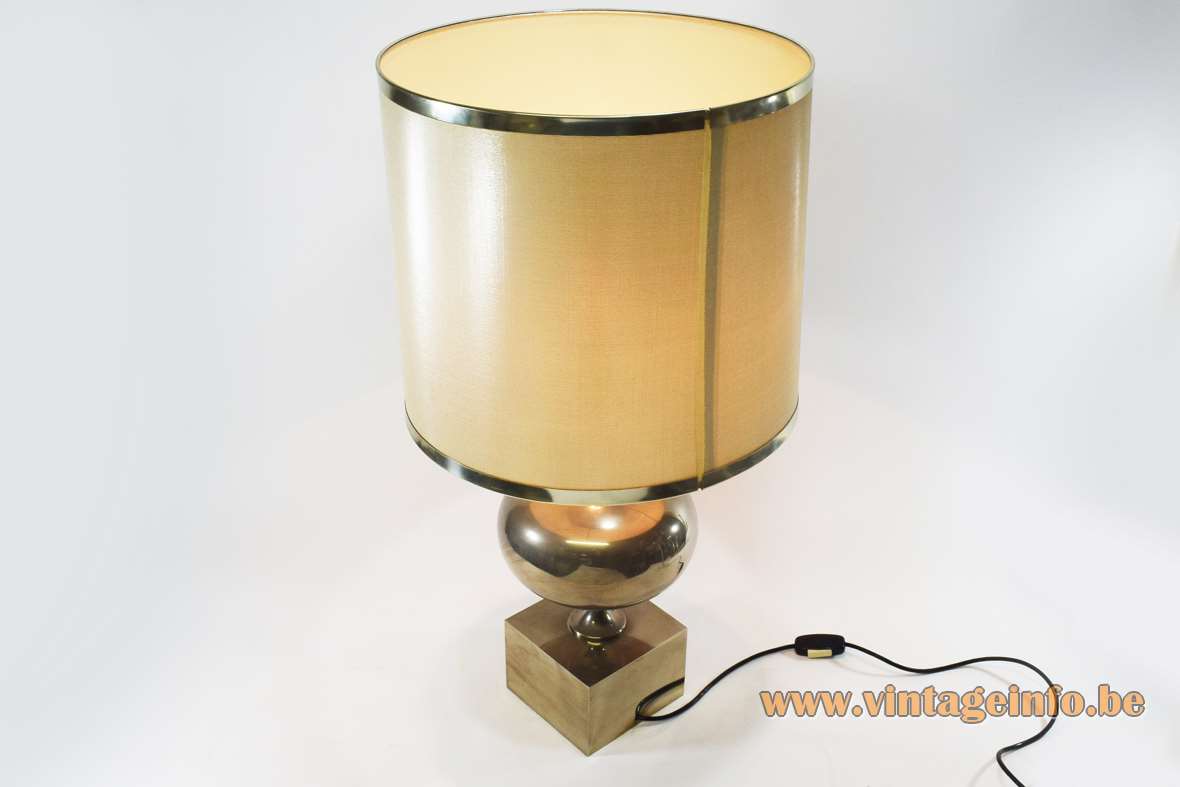 Made in pink painted wood with a brass socket 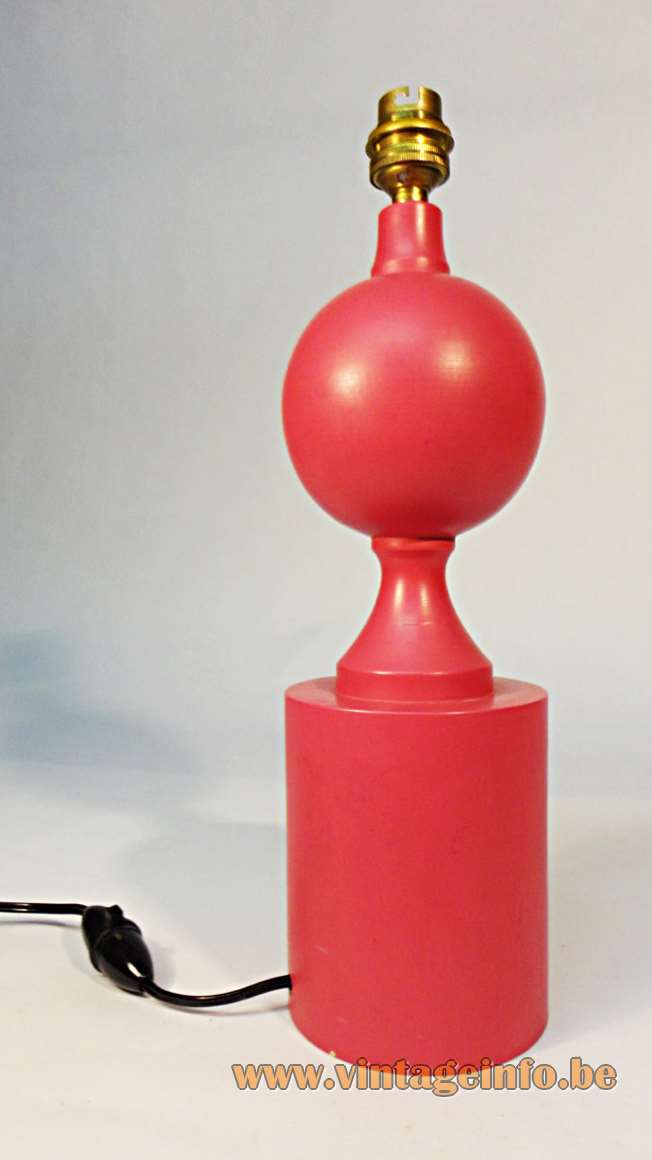 A 1970s Philippe Barbier table lamp was used as a prop in the French comedy Le Retour du Grand Blond from 1974 (The Return of the Tall Blond Man with One Black Shoe), directed by Yves Robert with Pierre Richard, Jean Rochefort, Jean Carnet and Mireille Darc. The soundtrack and the song Sirba by Vladimir Cosma with Gheorghe Zamfir on the pan flute became a huge hit. 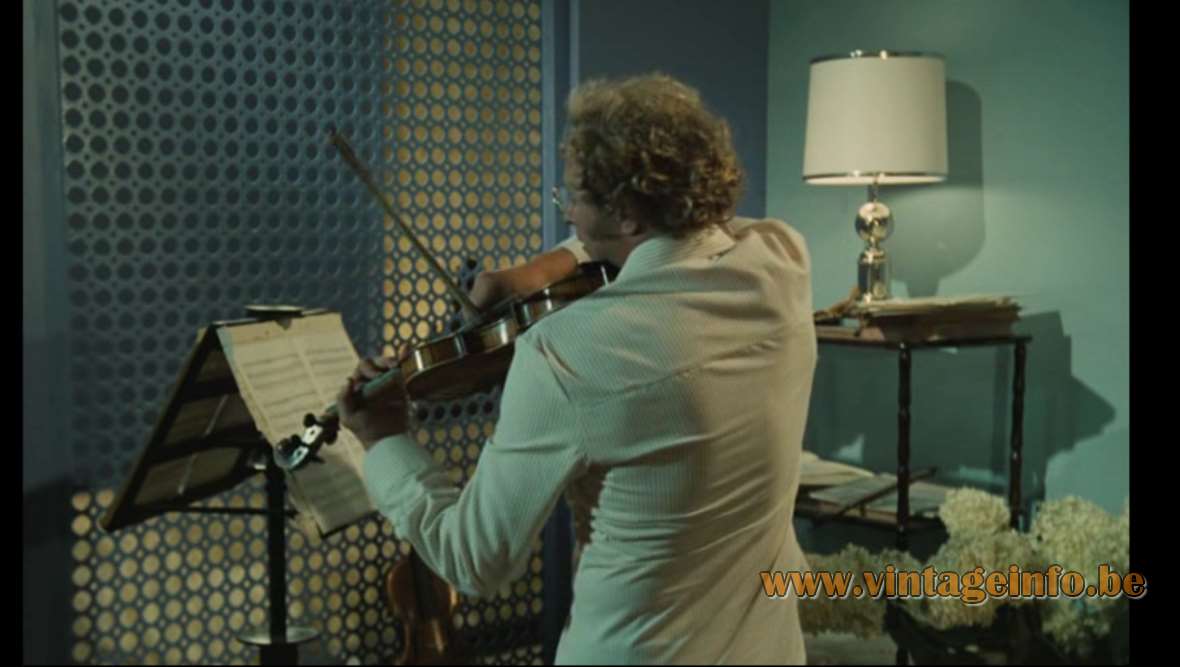 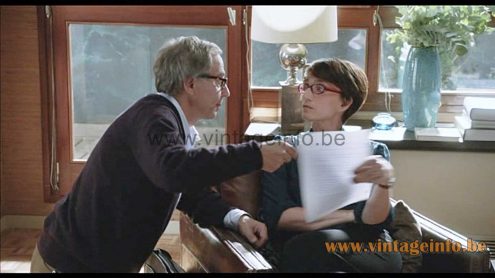 A 1970s Philippe Barbier table lamp was used as a prop in the science fiction thriller film The Boys From Brazil from 1978. Starring Gregory Peck, Laurence Olivier and James Mason. A story about a Nazi hunter in Paraguay who discovers a sinister and bizarre plot to reinstall the Third Reich.

A 1970s Philippe Barbier table lamp was used as a prop in the French comedy Le Mac from 2010. It was directed by Pascal Bourdiaux. Starring José Garcia,Gilbert Melki andCarmen Maura.
A gentle banker is forced to disguise himself as a notorious gangster and pimp.

A big marble Philippe Barbier floor lamp was used as a prop in the 1977 French comedy Nous Irons Tous Au Paradis (We Will All Meet in Paradise). Starring Jean Rochefort, Claude Brasseur and Victor Lanoux. 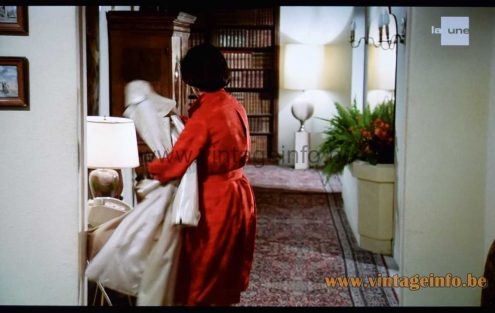 A 1970s Philippe Barbier table lamp was used as a prop in the 1975 French crime film Peur Sur La Ville (Fear Over the City or Night Caller). Starring Jean-Paul Belmondo, Charles Denner and Giovanni Cianfriglia. Many other lamps appear in this movie. In this scene also a Weltron radio appears. 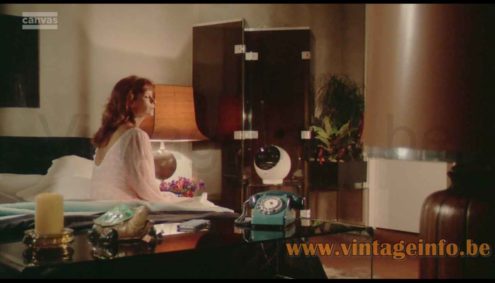 Lamps in the Barbier style