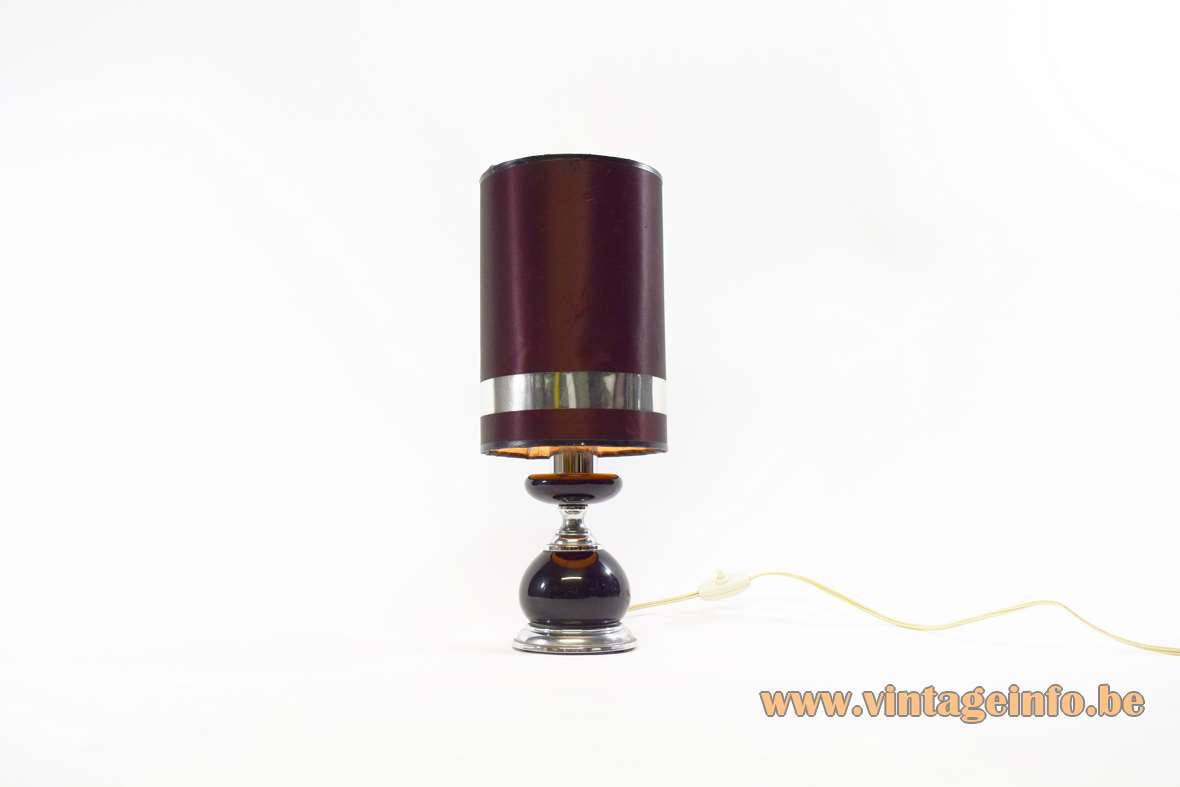 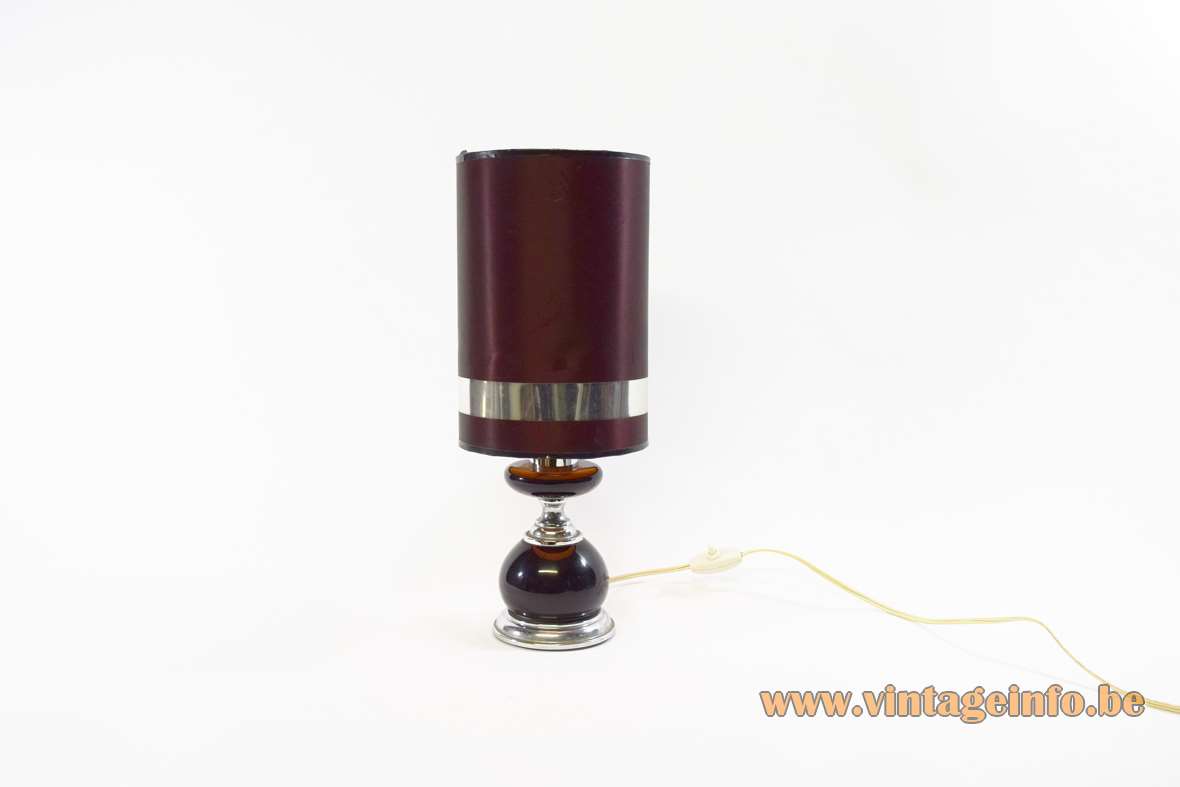 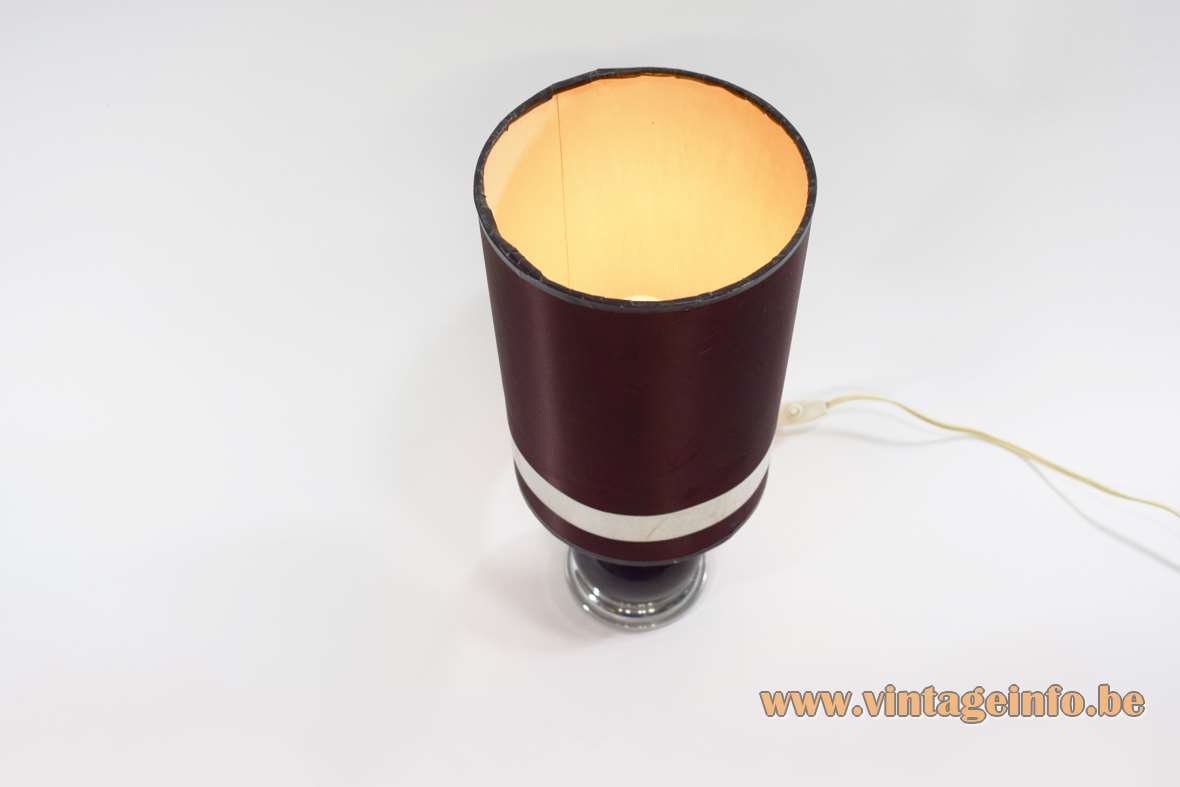 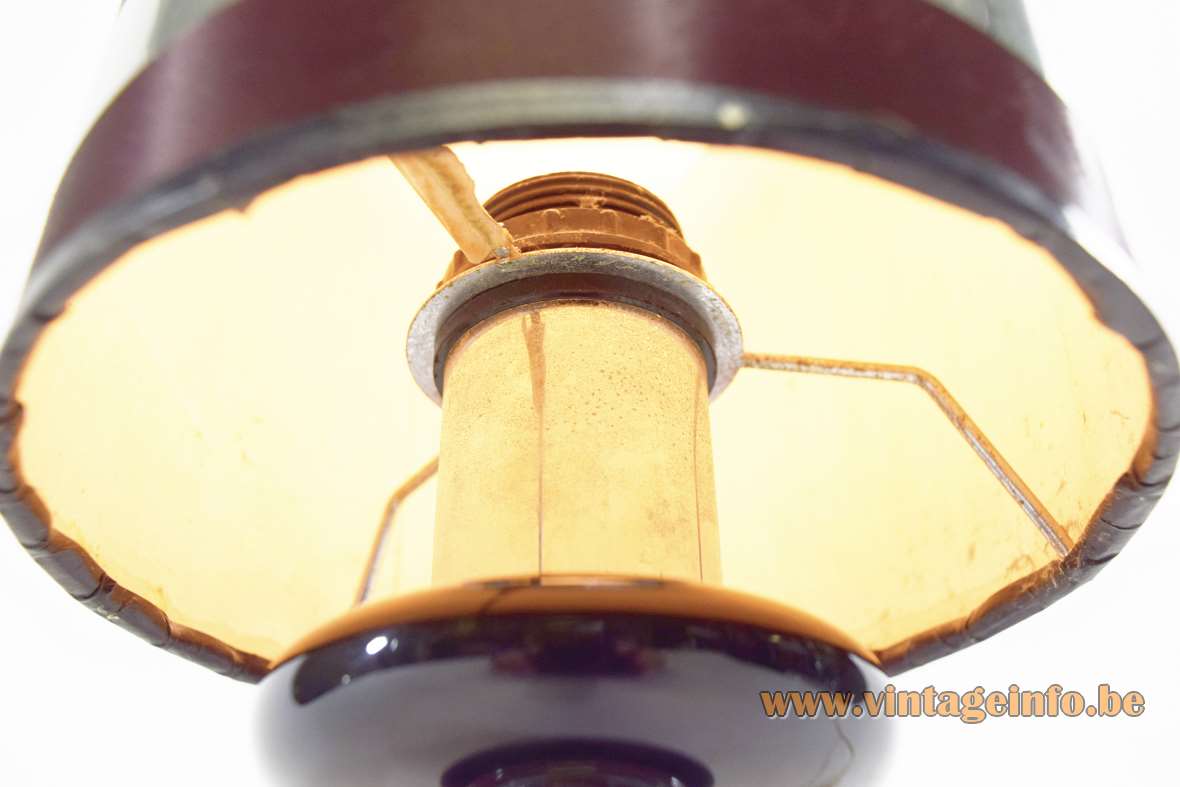 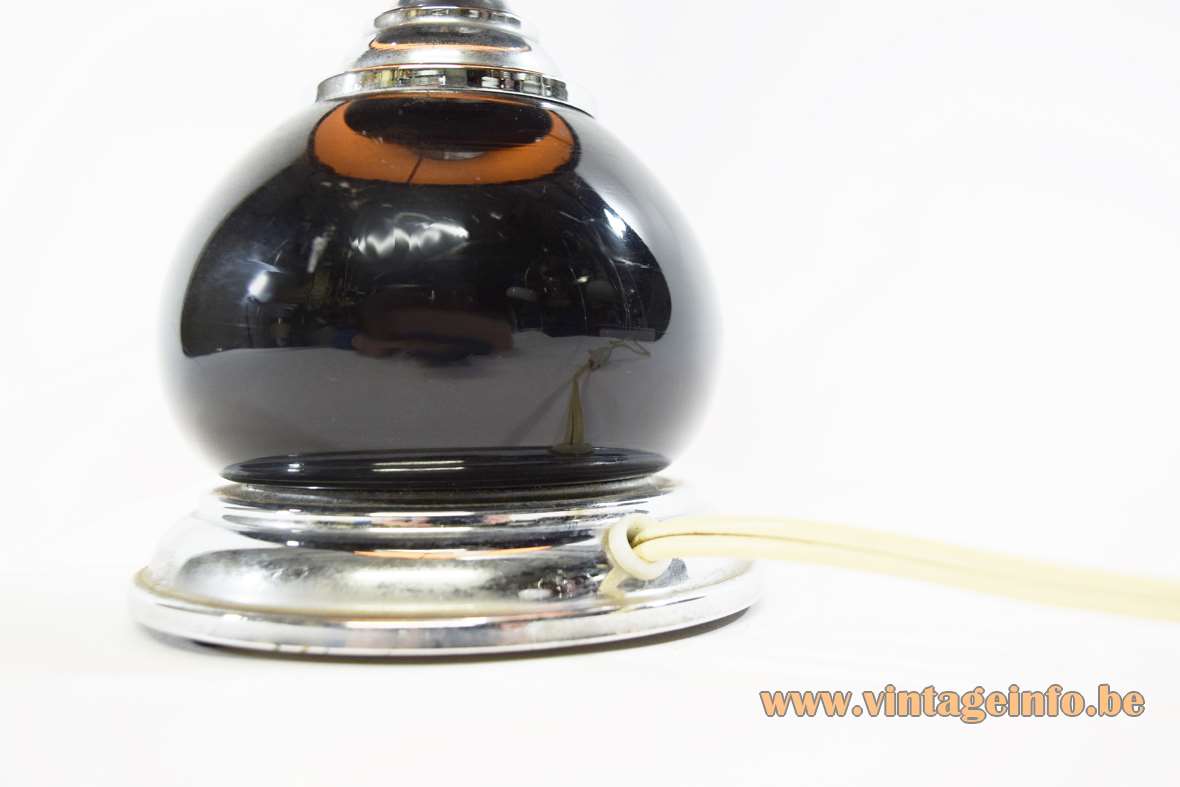 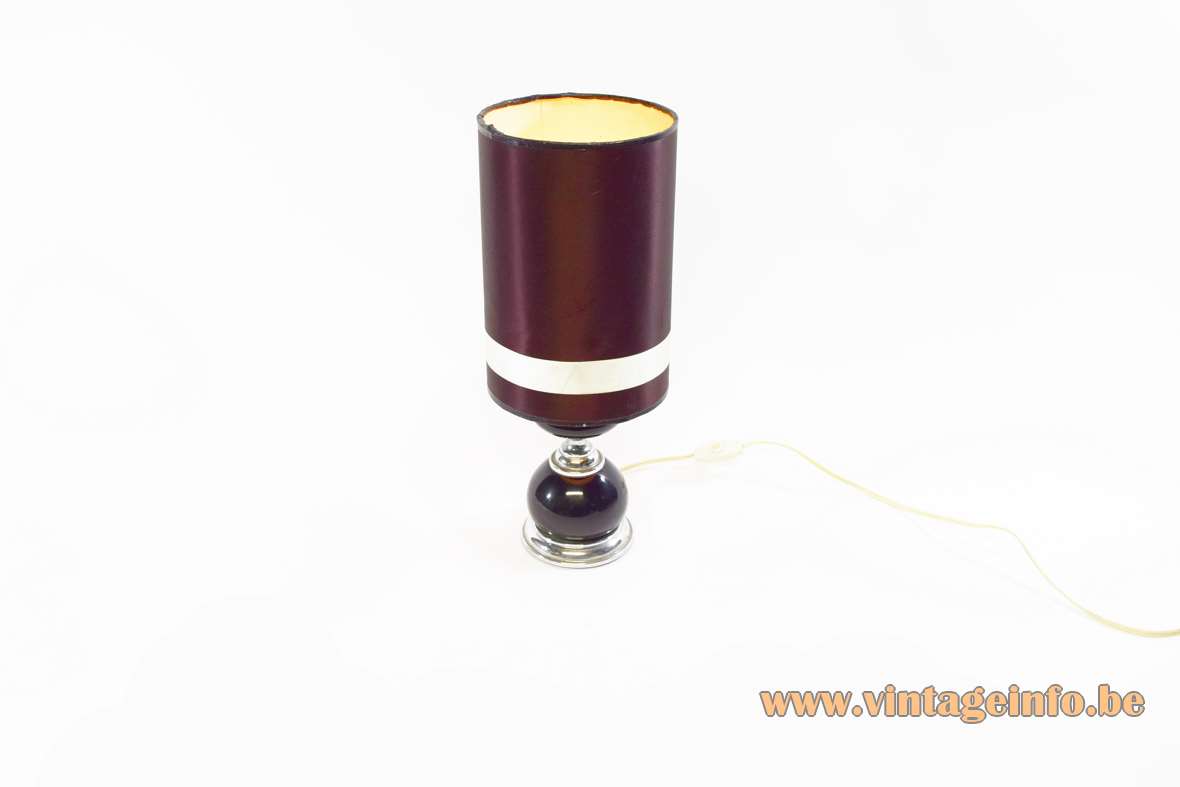 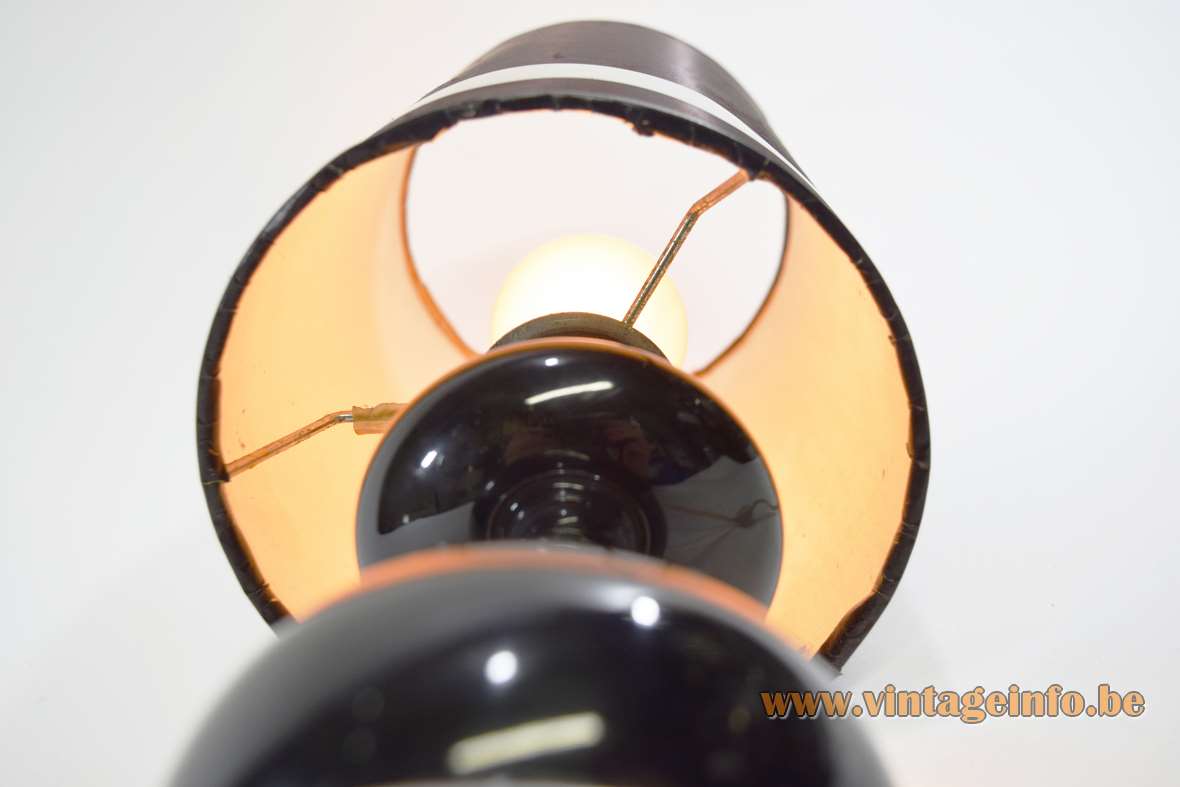 These lights are often attributed to Maison Barbier from Paris, France, but they are not. Made in the style of the famous lamps by Barbier but made in Belgium. Most of the lamps by Barbier are signed, except the early ones.

Philippe Barbier was a well-known French designer. He was the first to distributethe famous stool “Tam-Tam” designed by Henry Massonnet (1922-2005), which he helped to develop. The chair is still in production.

Philippe Barbier also designed lamps for other companies in Europe and around the world. His designs were very popular, you can find many lamps that look similar like this one. On this website you can find some examples of lamps he designed.

Other versions: This 1970s chrome black table lamp exists in several colours. Also sold with other lampshades. Massive produced these table lamps in many forms, colours and sizes as you can see below.

Two labels on the bottom. Mass. Max. 60W. (Massimo Maximum 60 Watt). Massimo is the Italian word for maximum. Max. is used for every other language in Europe were Massive sold lights at that time. On the other label there are only numbers: 13061 01 4688. And another number, partly gone. Labels like this were used by Massive Lighting. At Massive they were economical with the labels, they started using labels when the government had compelled them to do so. The first labels that became mandatory in Europe (EEC) were stickers that stated the maximum power of the light bulbs to be used. Later on Massive used the same round labels with the same font that says: Mass. Max. 60W., Made In Belgium and also a label exists with Massive Mass. Max. 60W.

Other table lamps in this style, all made by Massive Lighting 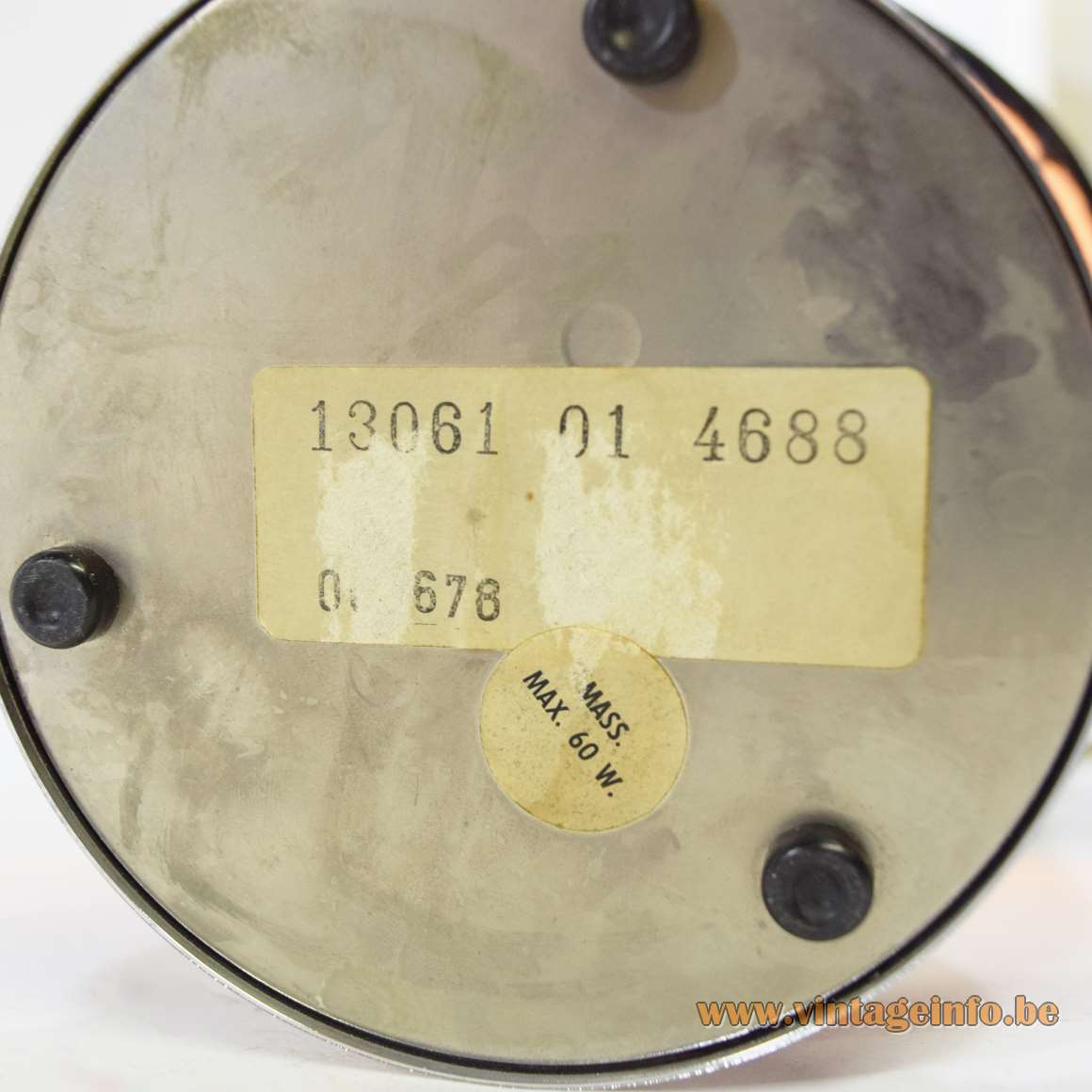