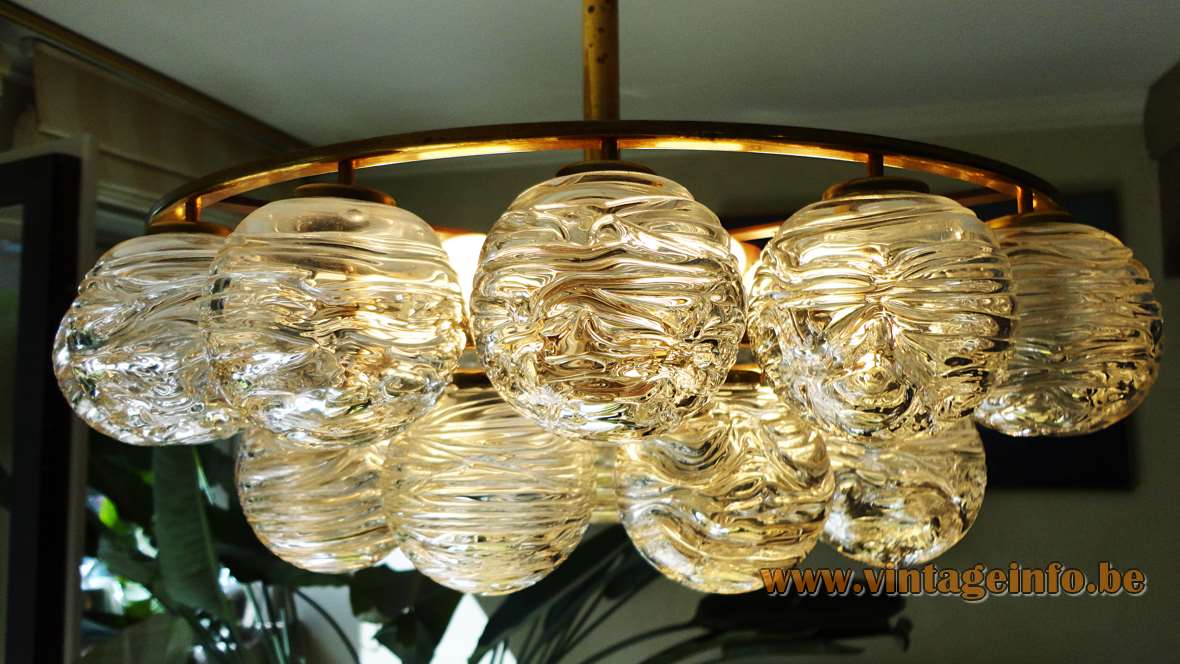 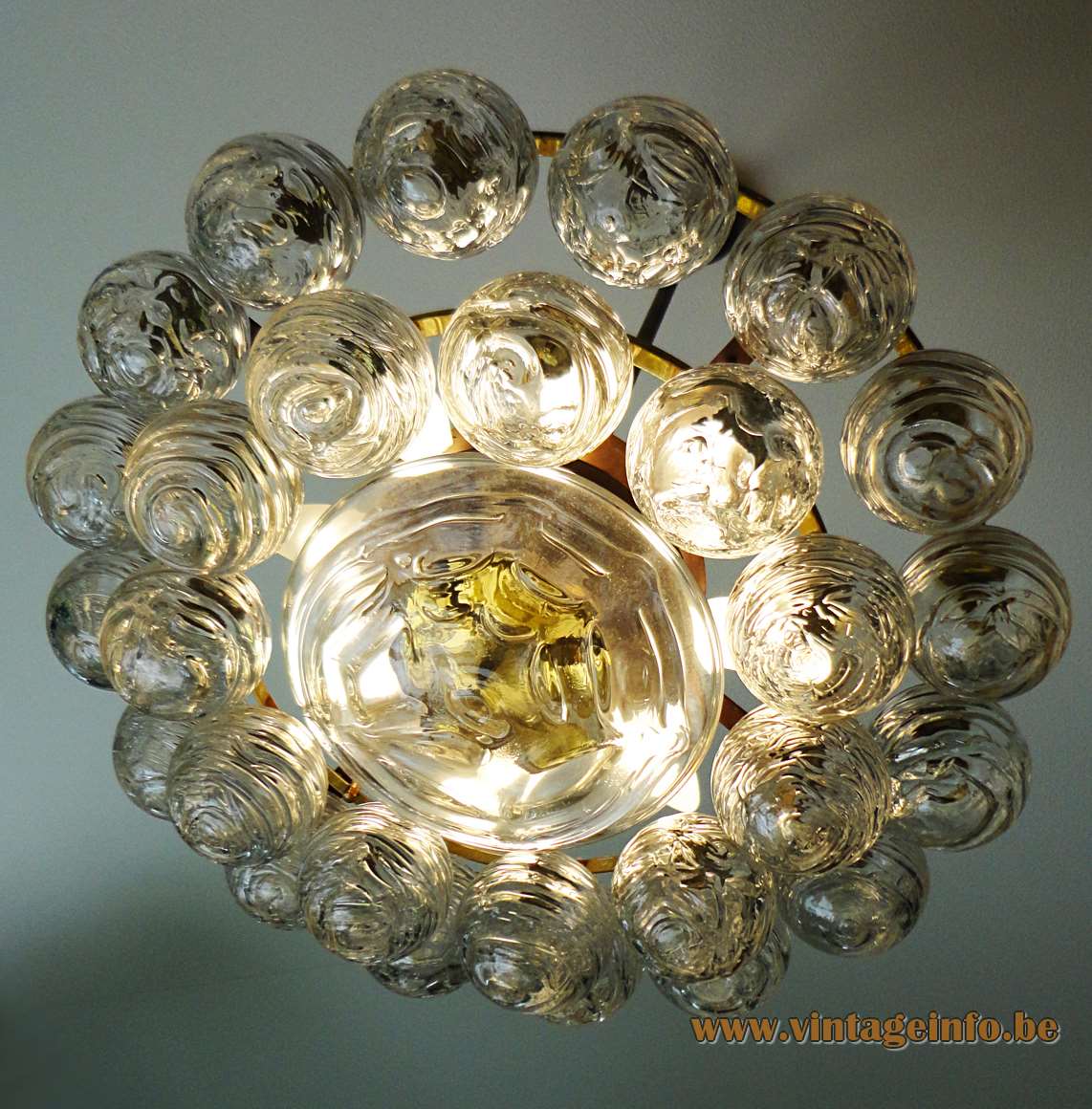 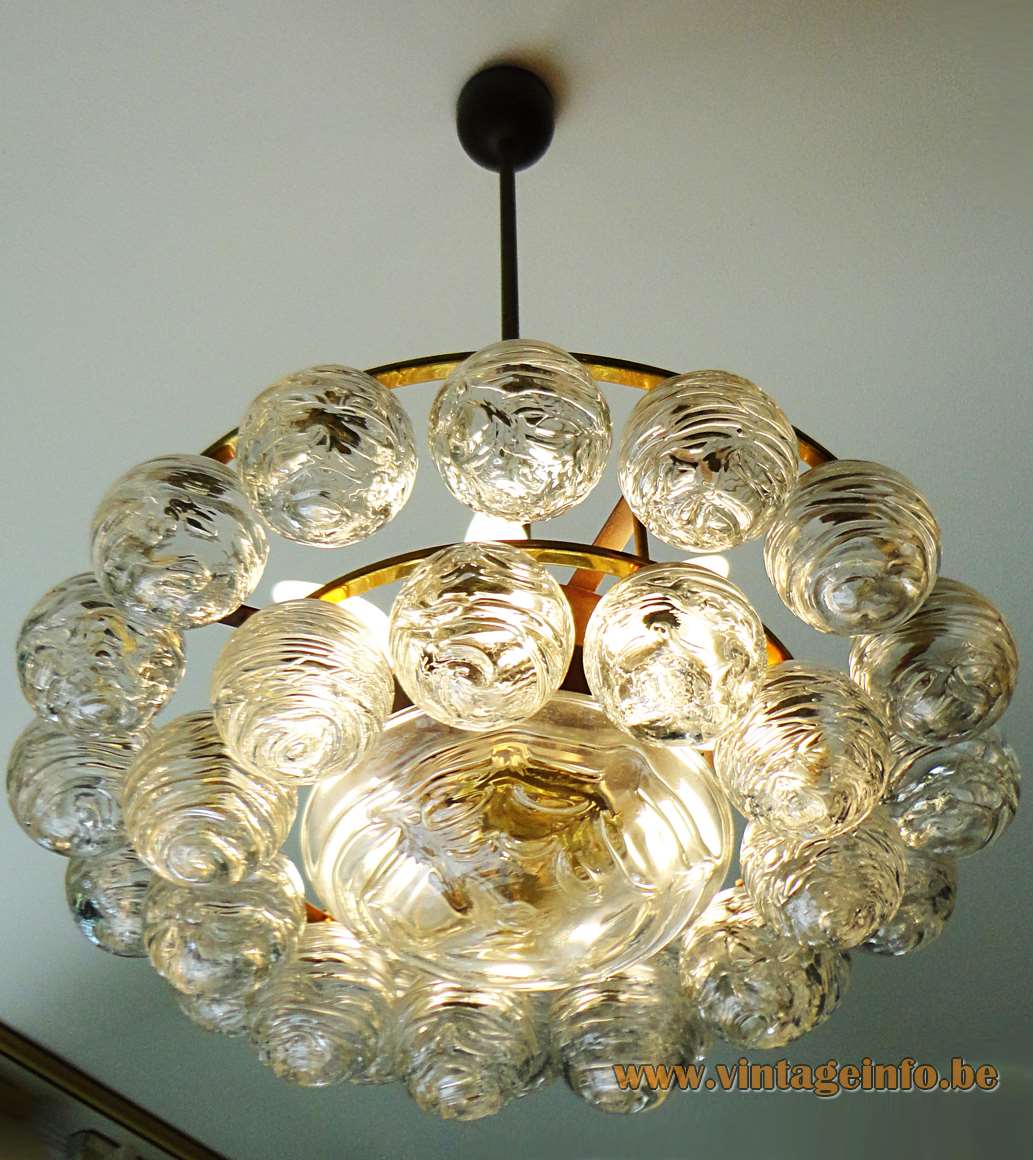 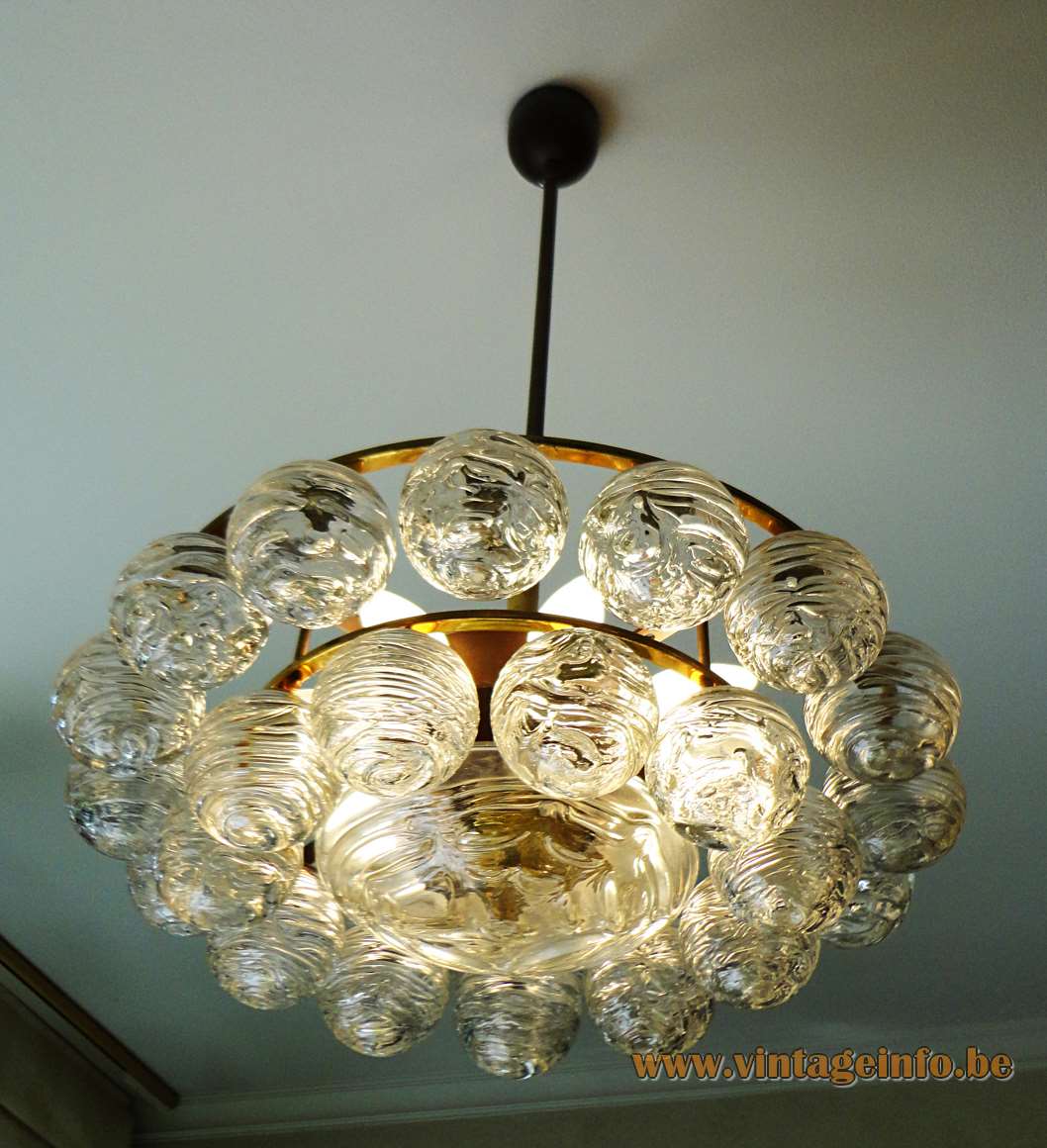 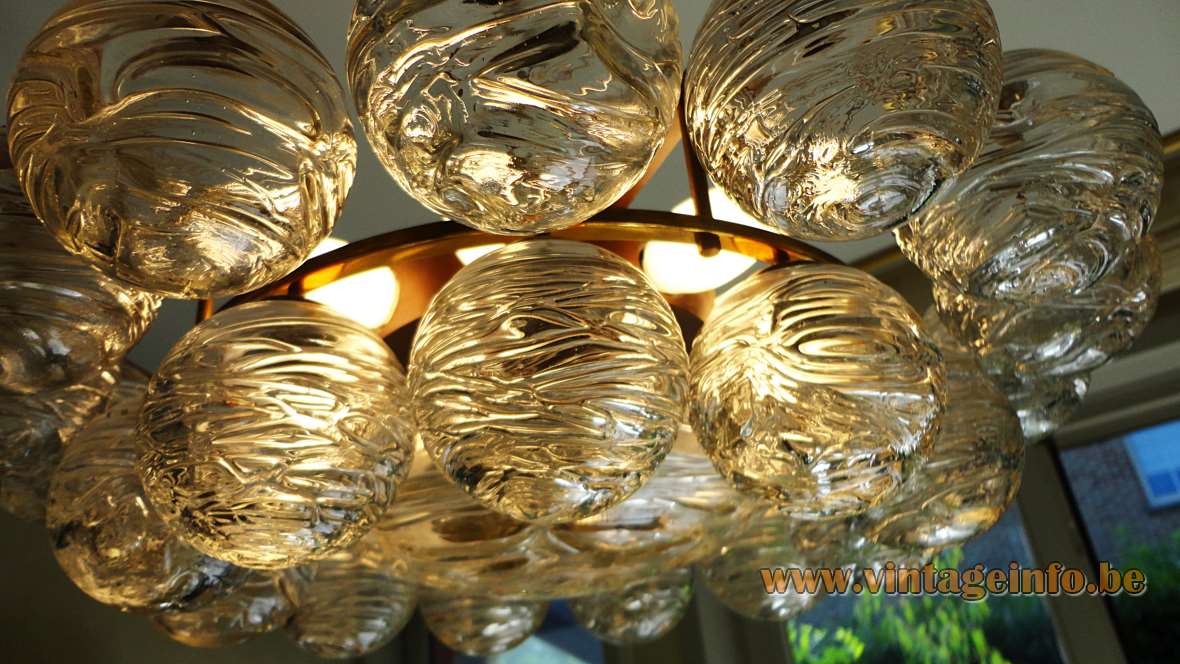 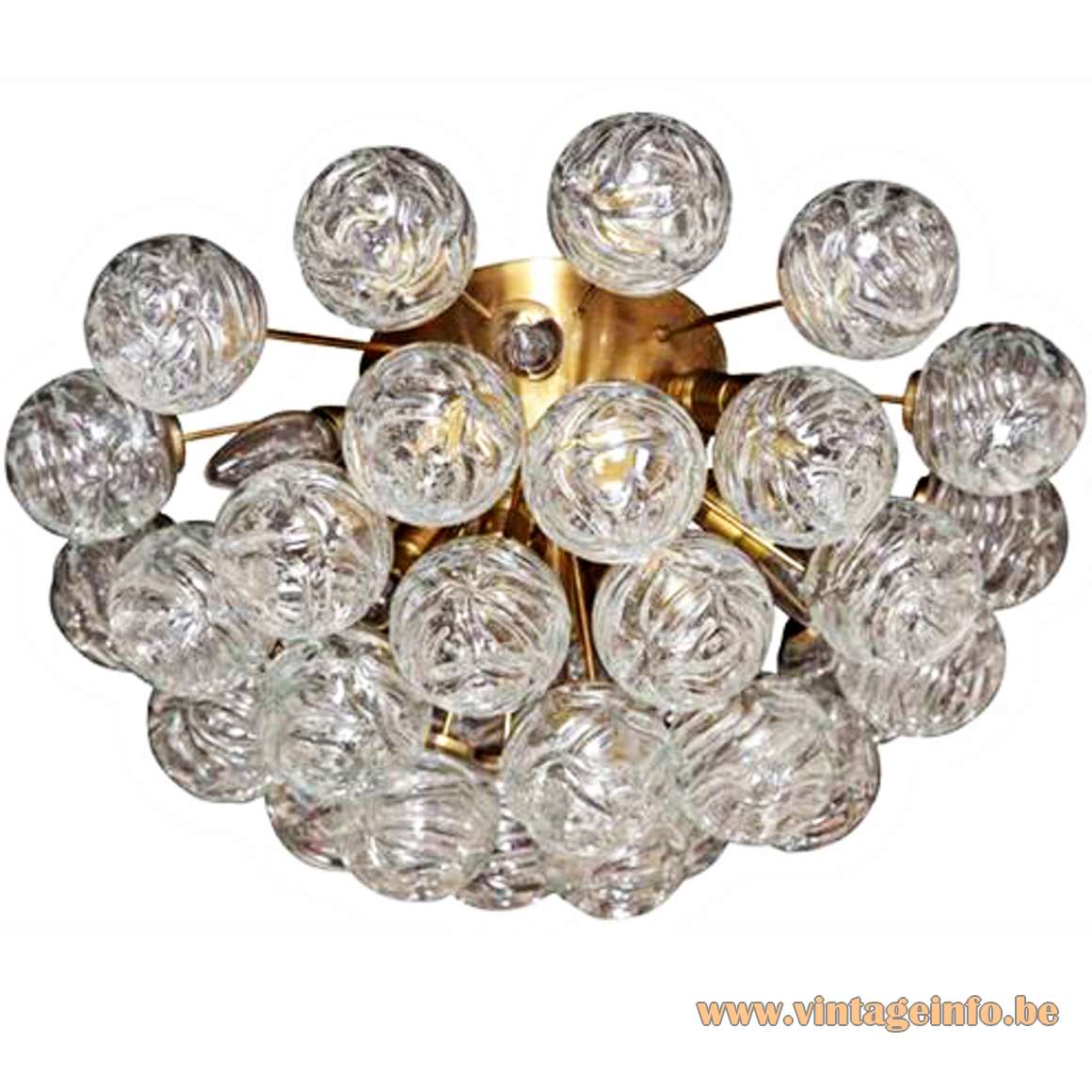 Other versions: This 1960s DORIA snowball chandelier exists in many forms and sizes. It was made as a flush mount, a wall lamp, a sputnik chandelier and even as a table lamp.