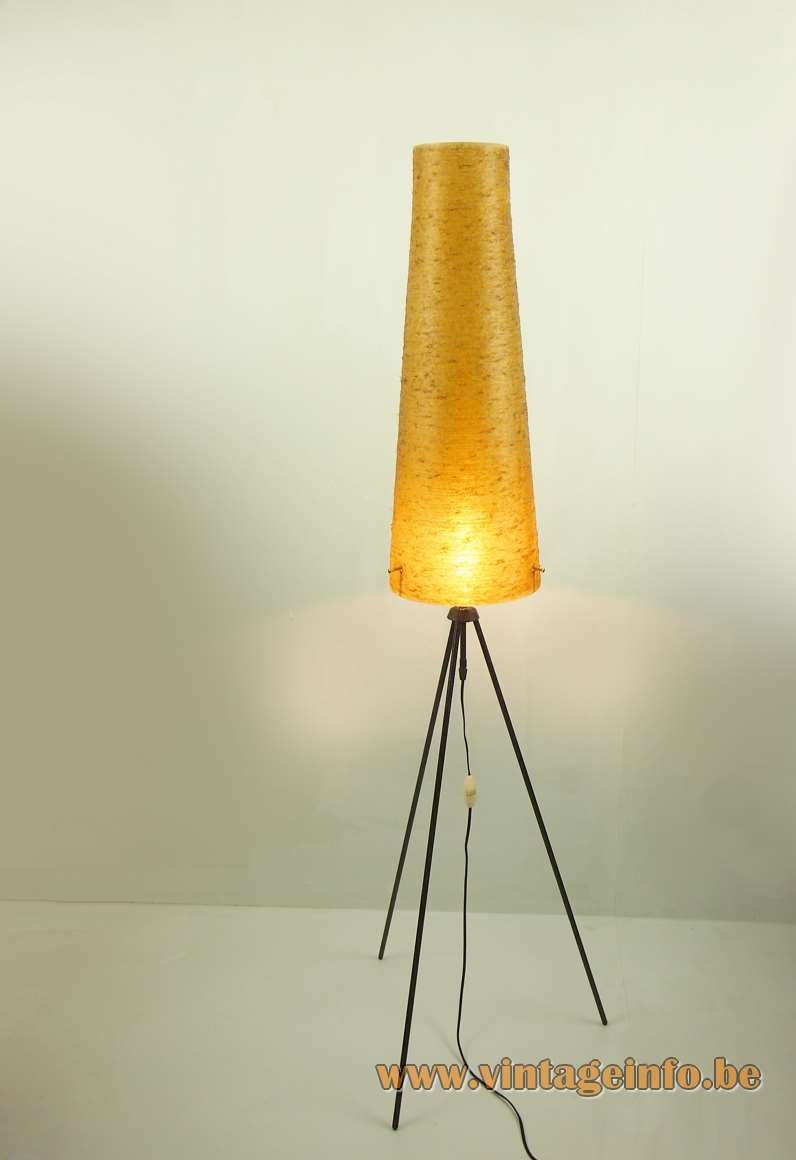 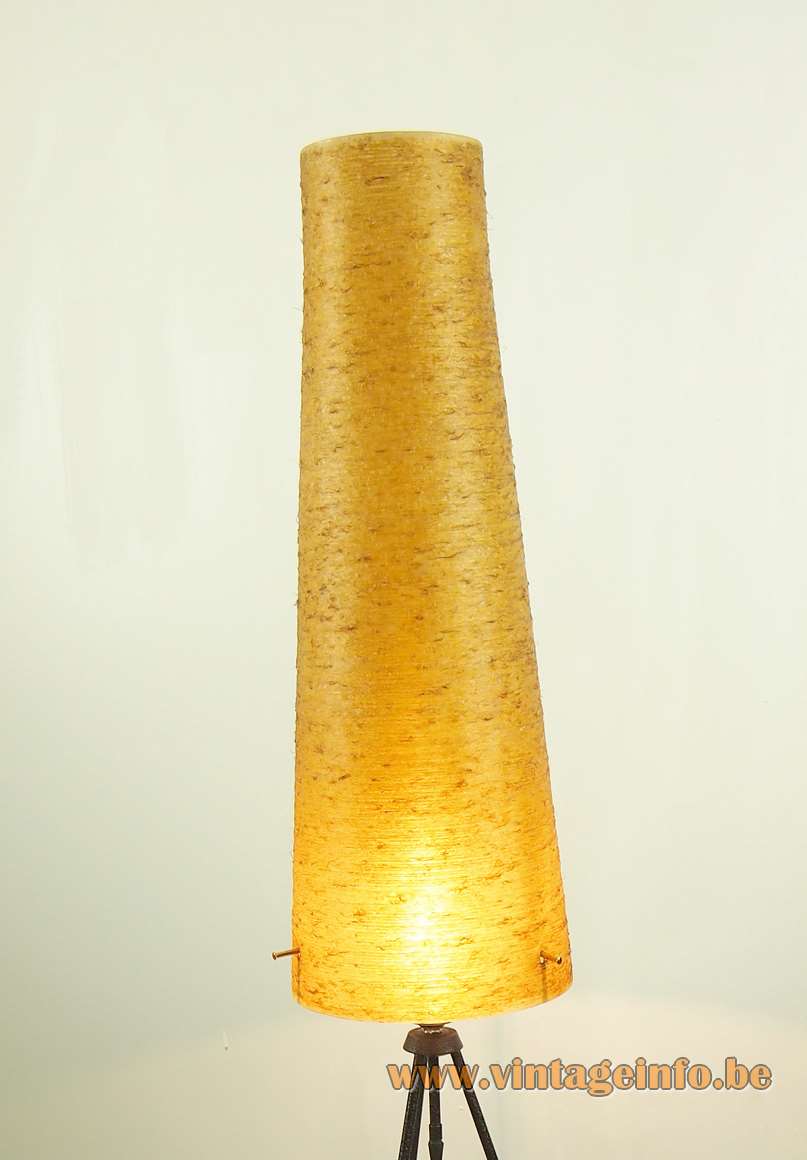 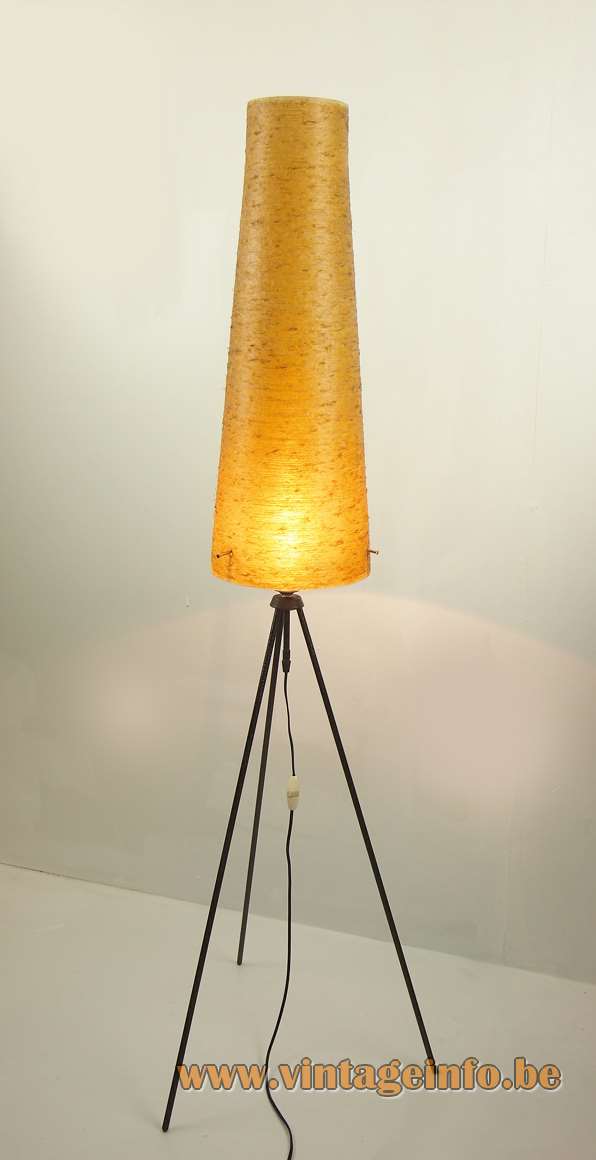 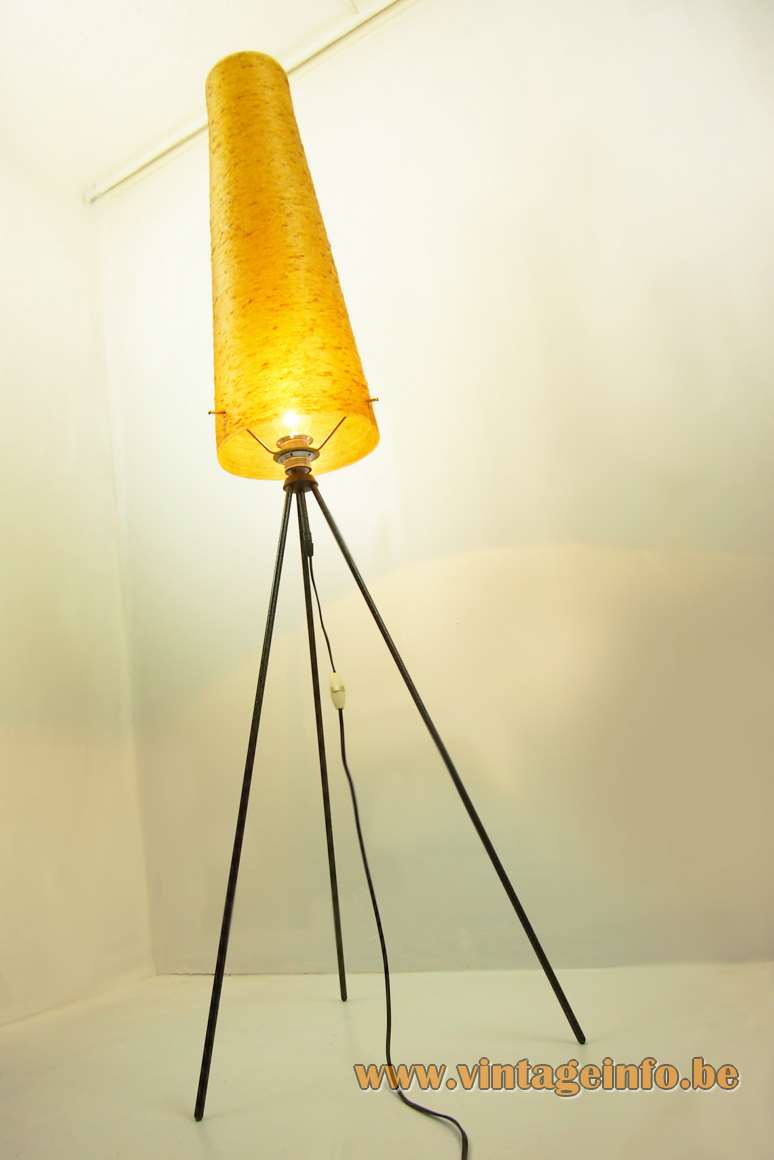 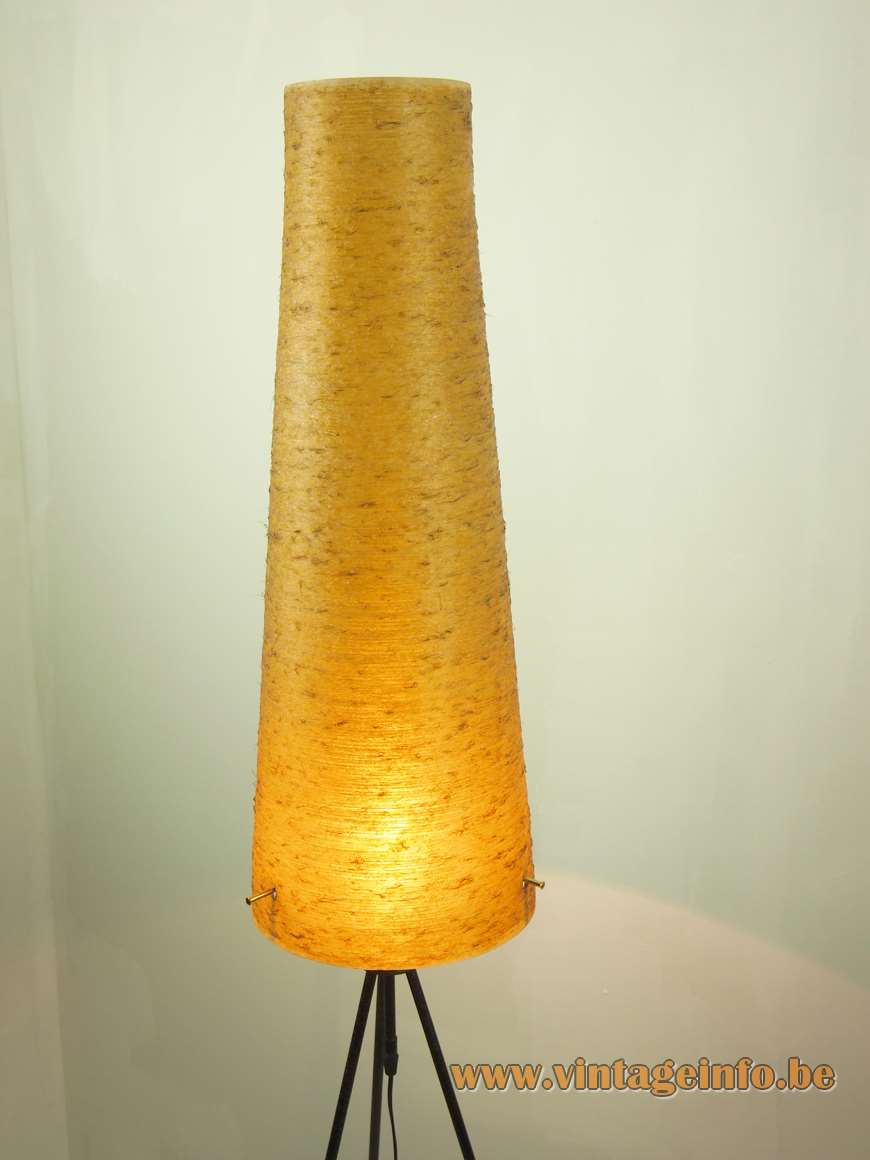 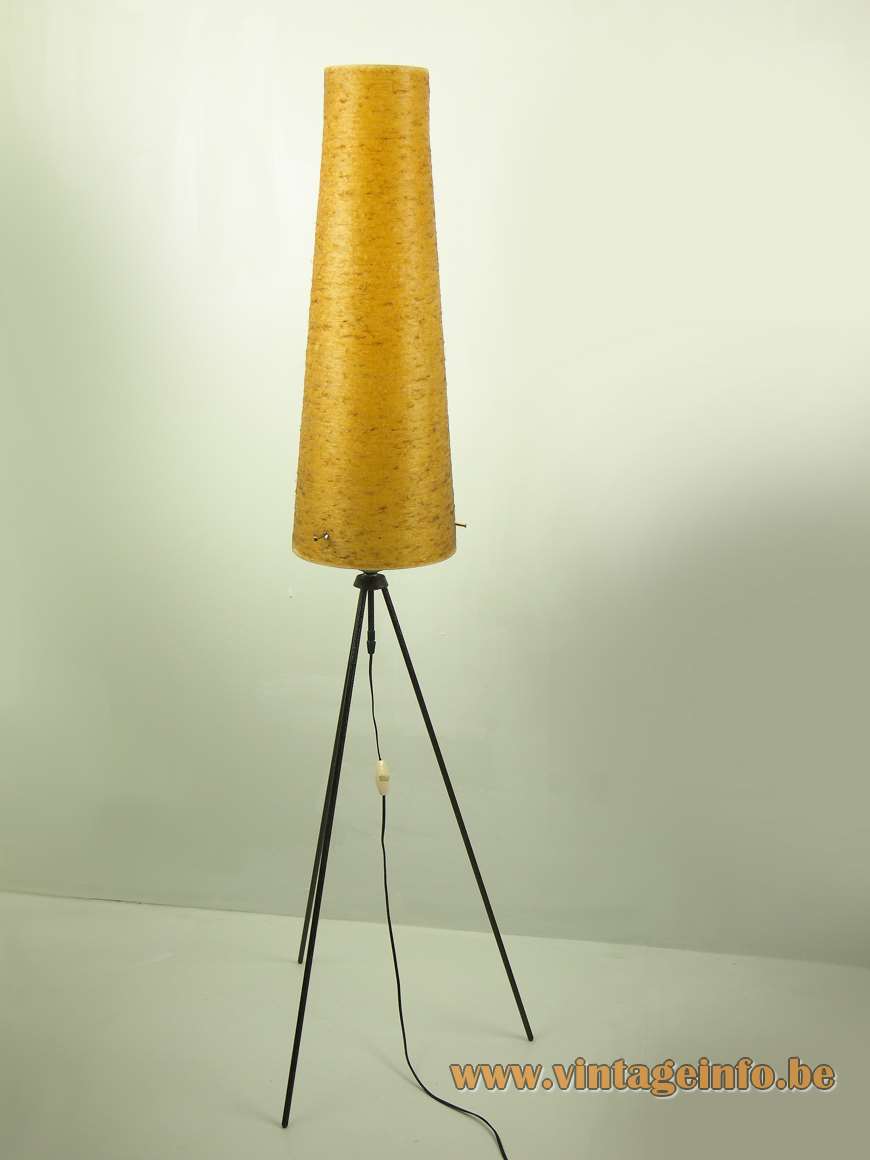 Often described as a lamp from Denmark but this type of rocket lamp was made in the Czech Republic in the late 1950s, early 1960s: the Space Age. In the United Kingdom the Novoplast lamps were sold by Habitat and British Home Stores (BHS) that sold them under the brand name Prova.

Novoplast is a company from the Czech Republic. It was founded in 1947 and is specialised in glass-fibre reinforced plastics. They don’t produce lighting anymore. In the 1950s and 1960s the company produced a whole range of fibreglass “rocket” floor lamps and table lamps in all kind of colours.

Habitat Retail Ltd, trading as Habitat is a retailer of household furnishings. Sir Terence Conran founded the company in London in 1964. The business expanded quickly and in 1973 the first store in Europe was opened in Paris, France. The company expanded and merged frequently over the years. In 2011 the company almost went bankrupt.

British Home Stores was a British department store chain, primarily selling clothing and household items. The company was founded in 1928. It went bankrupt in 2016. The Qatari Al Mana Group purchased BHS and formed a new business, BHS International (UK) Limited, based in London. It launched a new website: bhs.com.