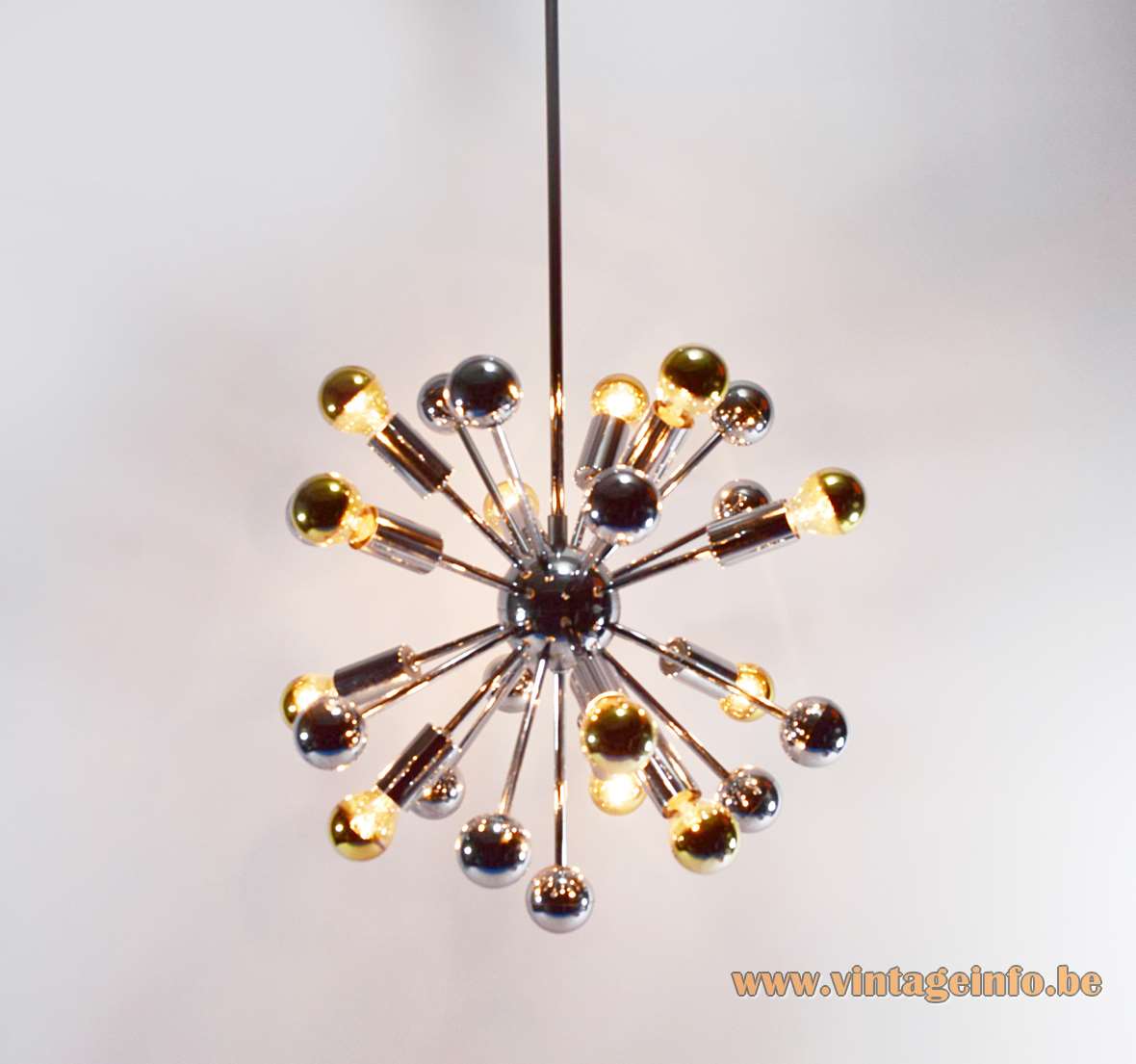 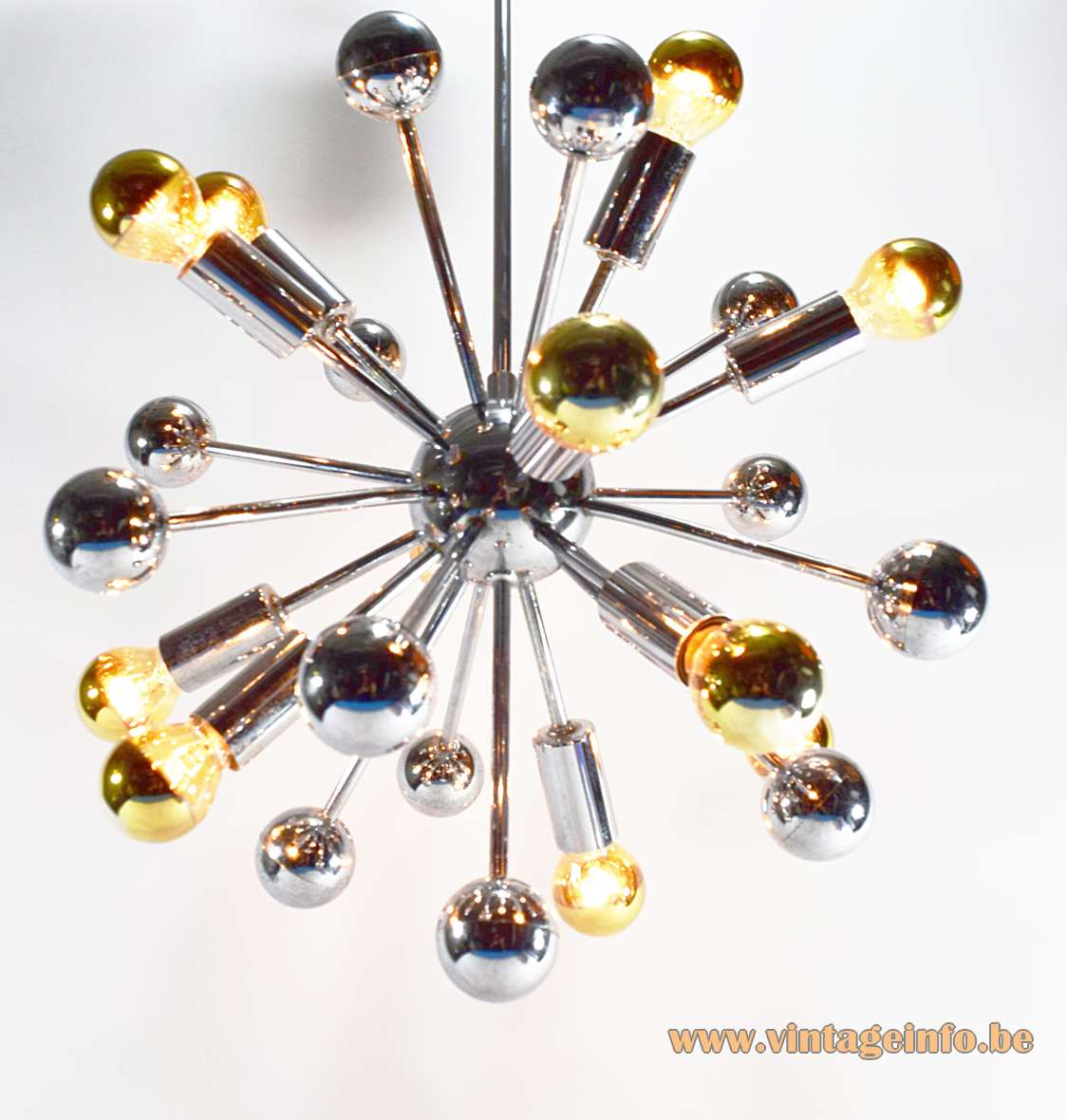 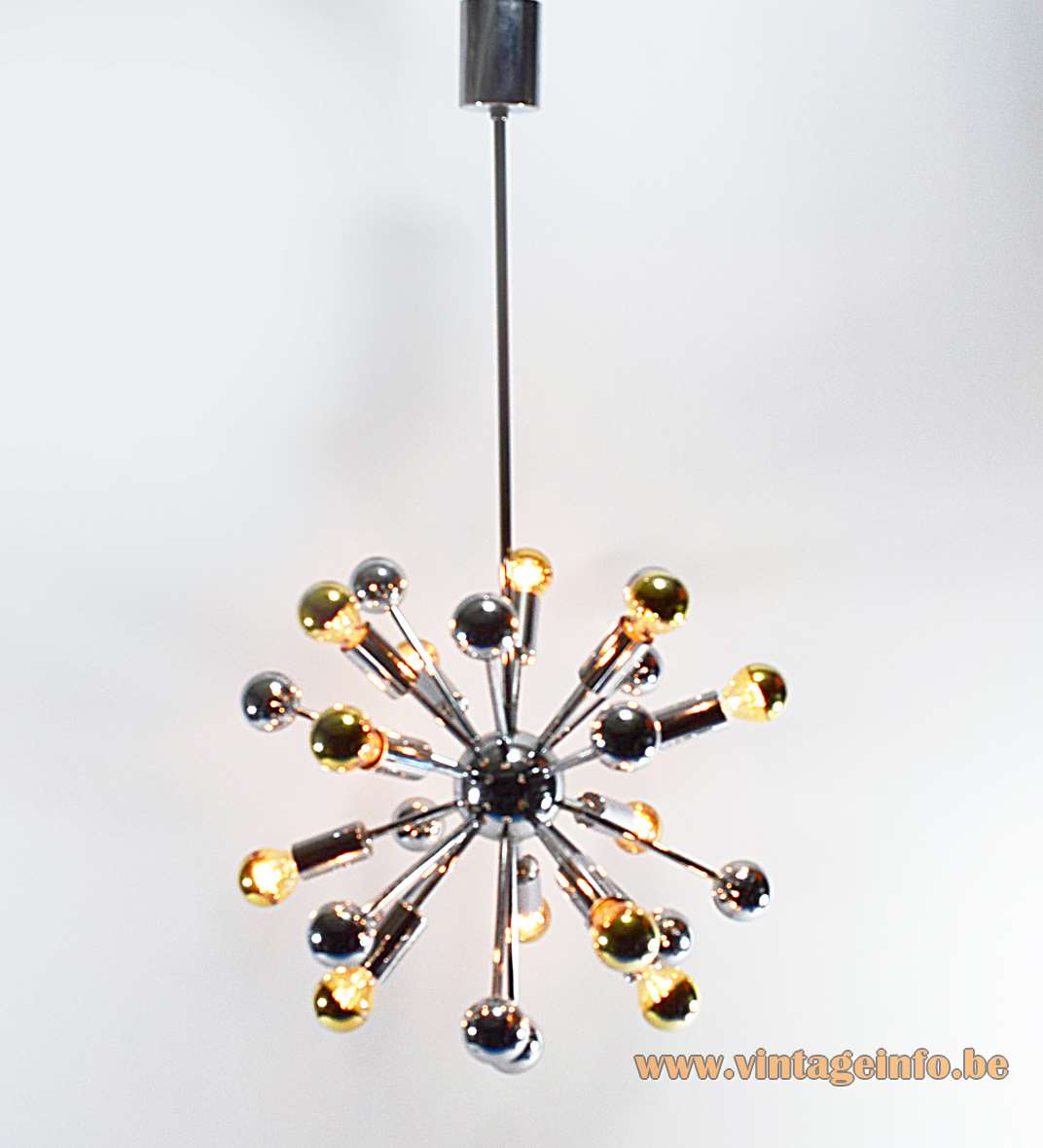 The light bulbs used for this setup are gold-tipped vintage bulbs from Radium. These filament lamps are also gold coloured on the clear part to create a more posh effect. 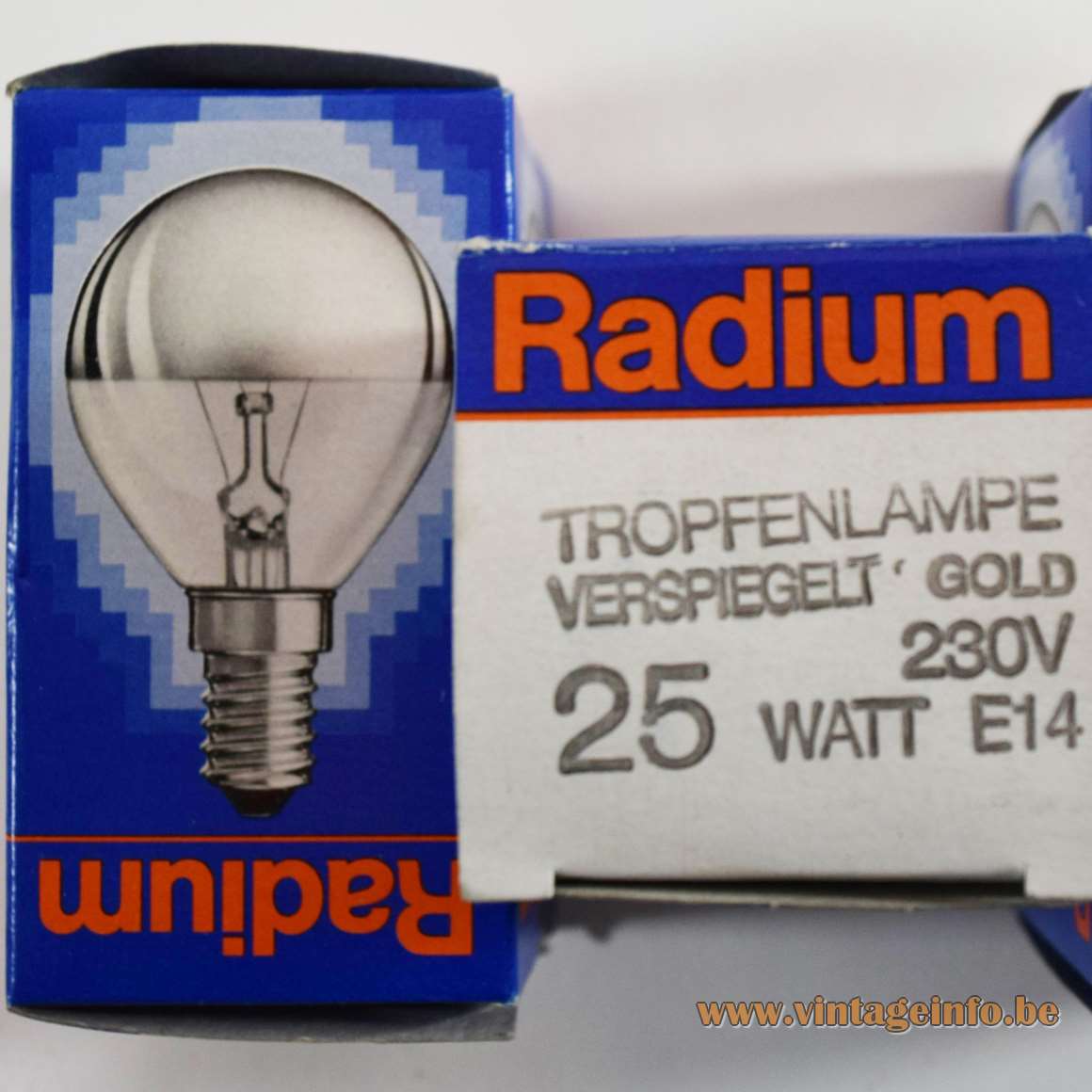 Other versions: This 1960s chrome sputnik chandelier is model 2174/12. These chandeliers were also made with more or less light bulbs. Made as a flush mount, a table lamp and a floor lamp. Complete brass versions were also produced.

These chandeliers exists with 1 and 2 circuits.

These type of chandeliers were made in many forms, sizes and interpretations. Made from the 1950s until now in every country in Europe. Also made in the United States. Beware for the new ones if you want an old chandelier! Easy to see: the new ones almost all have white plastic sockets inside the chromed part, they must be made of black Bakelite. And of course new ones all have labels and most of them are made in China. Rogue traders remove the labels! So buy a lamp with a label.

The earliest design of this lamp dates back from the late 1950s, when the Soviets launched their Sputnik 1 satellite into orbit (1957): the space age has begun. Gaetano Sciolari was one of the first designers of this type of lamps, if not the first.

A 1960s chrome sputnik chandelier was used as a prop in the 1998 crime comedy film Lock, Stock and Two Smoking Barrels. Starring Jason Flemyng, Dexter Fletcher and Jason Statham. Many other lamps appear in this movie. 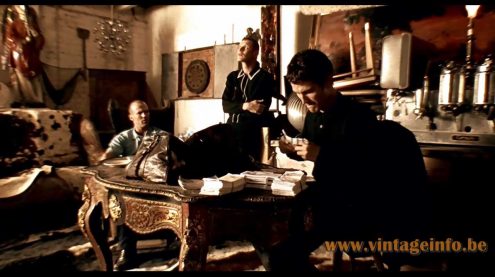 Many Thanks to Ger for the additional pictures.