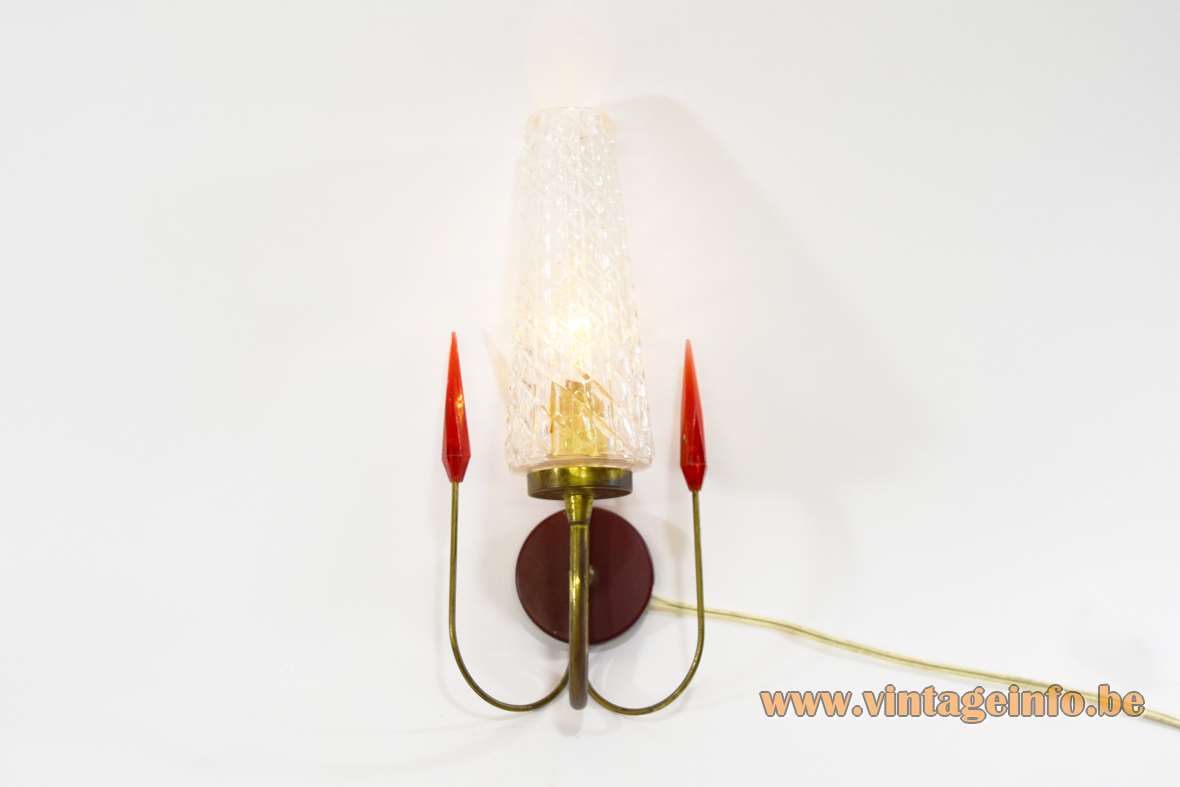 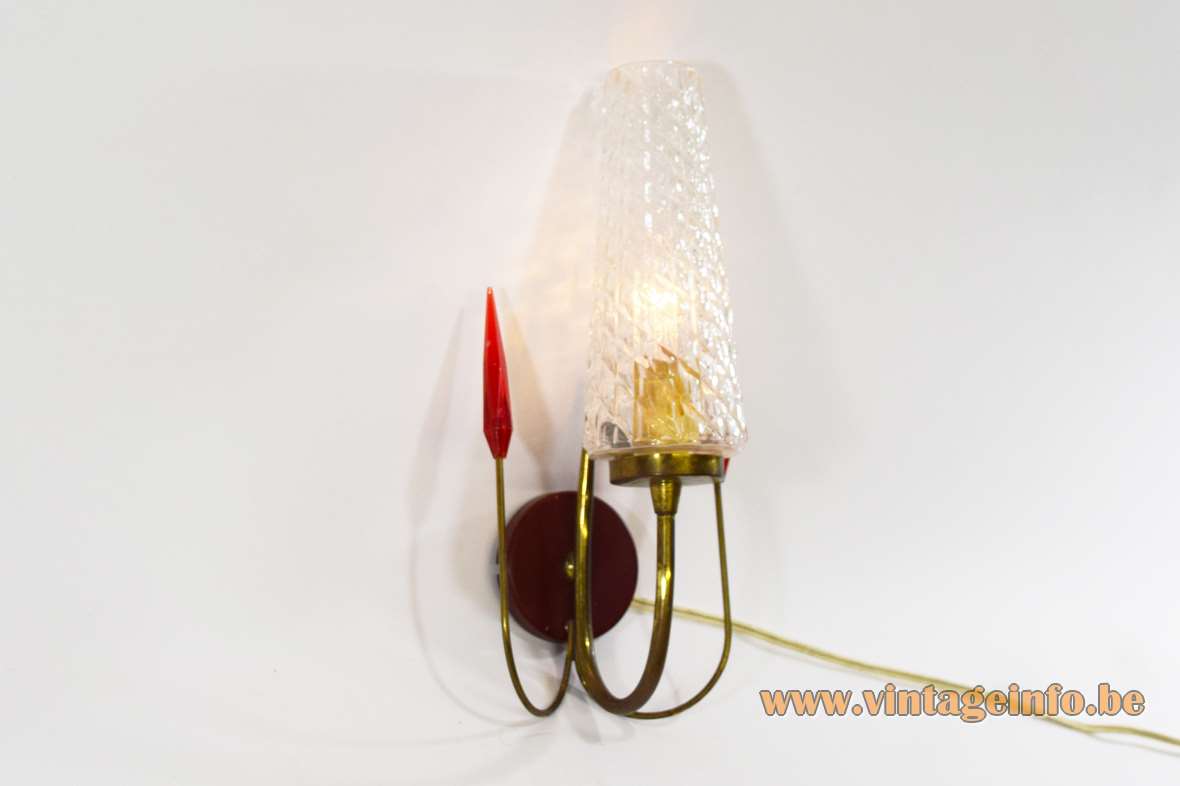 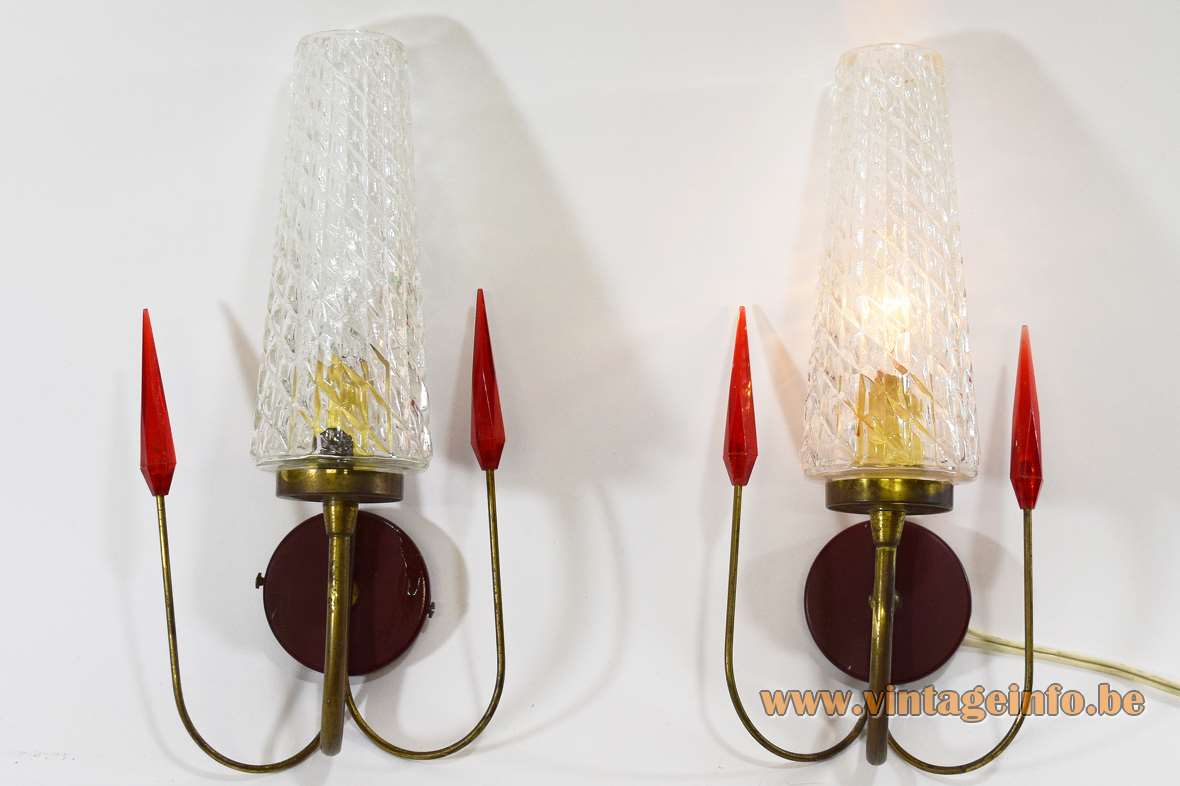 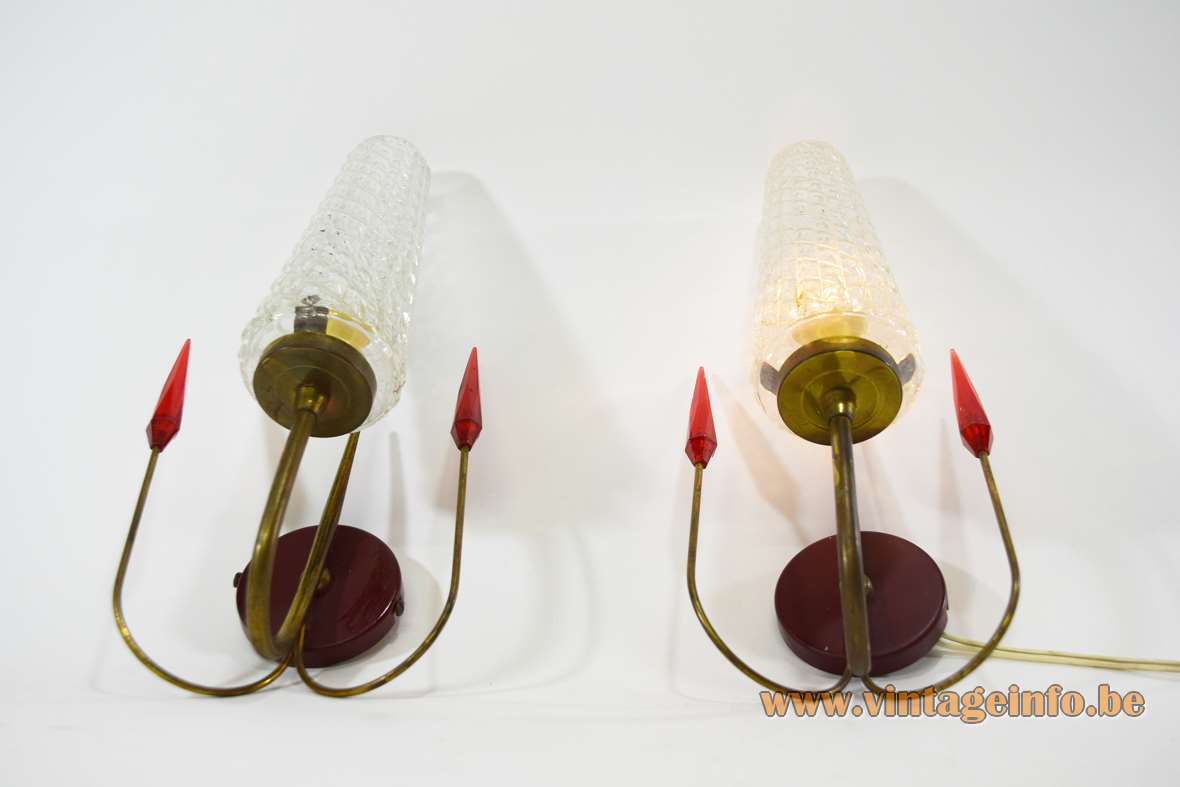 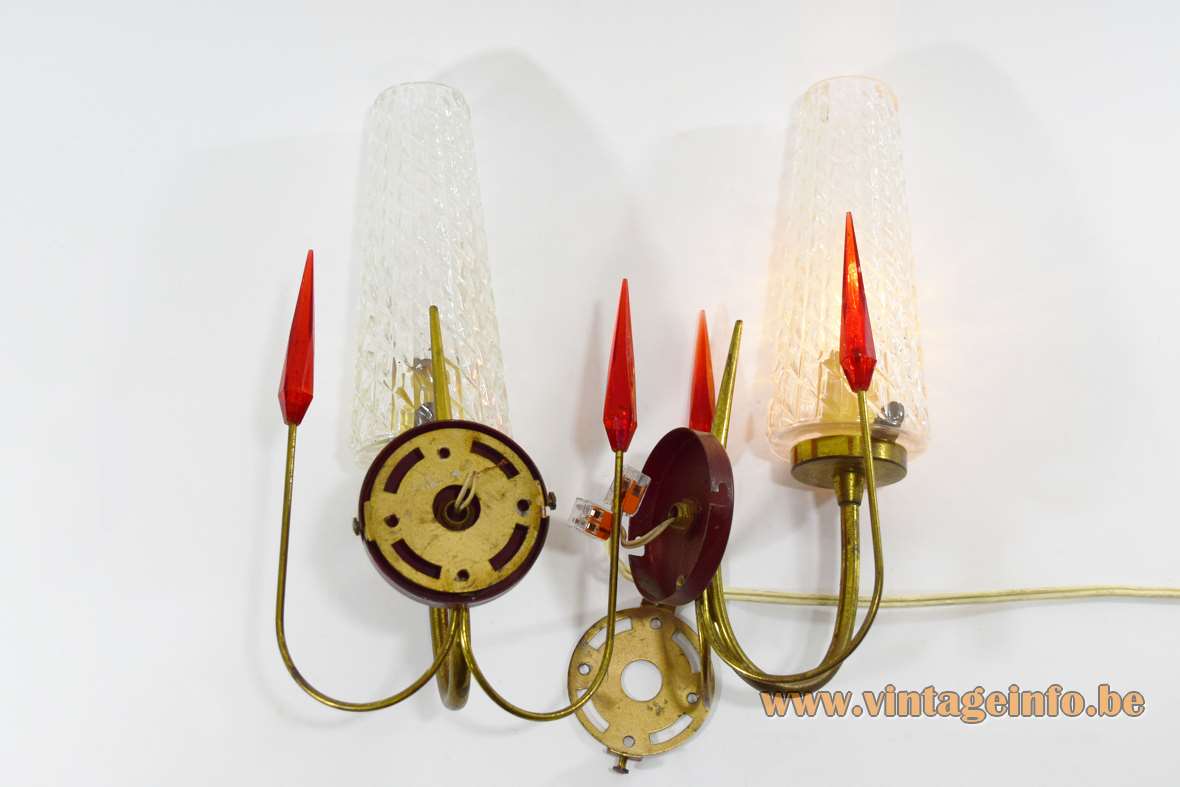 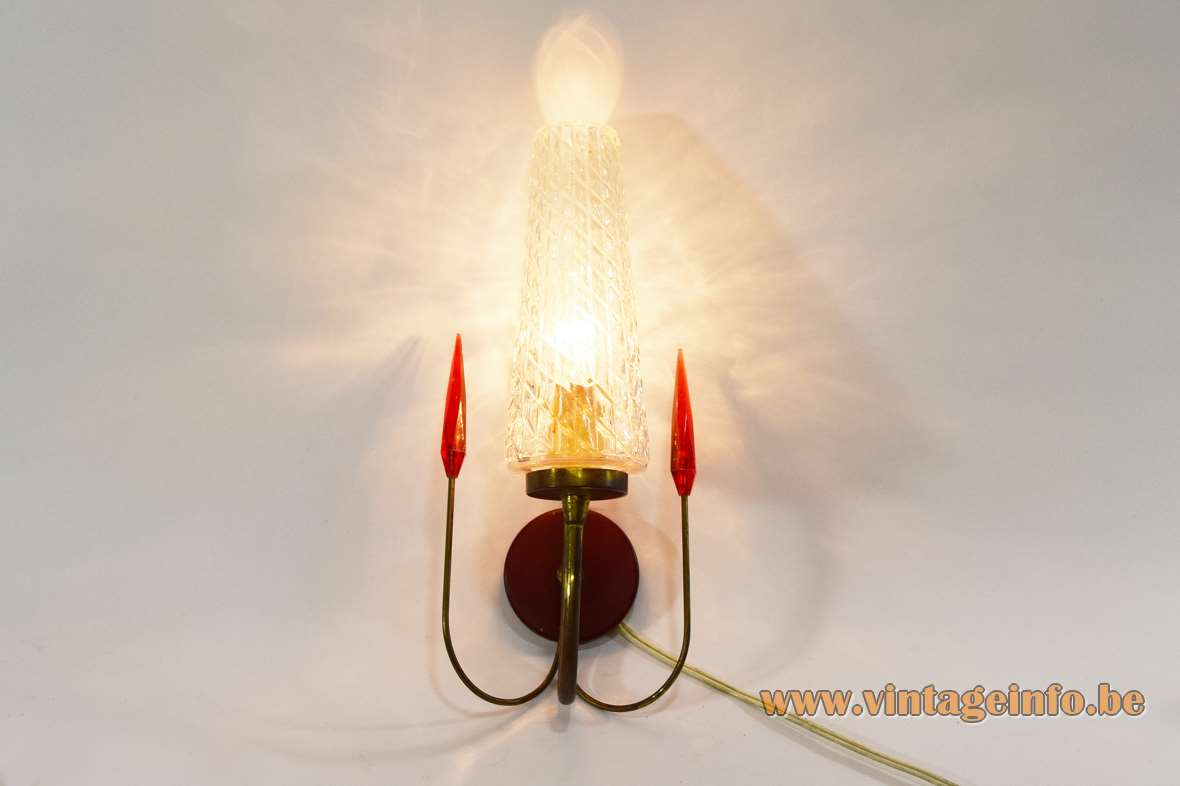 Floor lamp with the same spikes from Lunel 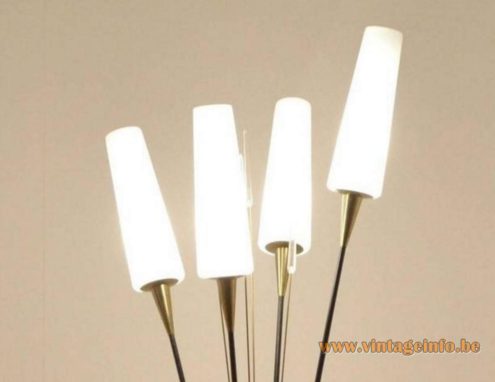 Designer: To be appraised, often attributed to R. Mathieu.

Other versions: This 1950s spearhead wall lamps exists in a few variations, also a chandelier and floor lamps were produced. The floor lamp on the left with the red arrows/spearheads can be found over here on Vintageinfo.

Ets R. Lunel, later in time it changed into Maison Lunel. The store of the company was located at 18, Rue Godot de Mauroy in Paris. Today there is a bike shop. In the 1950s there were 6 Lunel stores in France. The company no longer exists.

Robert Mathieu is one of the most talented French lighting creators of the 1950s. He attended the Boulle school, L’ecole Boulle in the Rue Pierre Bourdan in Paris, before embarking on a career as a watchmaker in 1938.

In 1949 he began his creation of lighting at 98 Boulevard Charonne in Paris which will remain its flagship store.

His first period of production in the early 1950s reveals a real finesse of execution.The brass stems and the double shade diabolo system are recognisable elements of this period. Beginning in 1953, Robert Mathieu created wall lights and ceiling lamps with acrylic or lacquered aluminium reflectors. The end of the 1950s was marked by the use of counterweights.