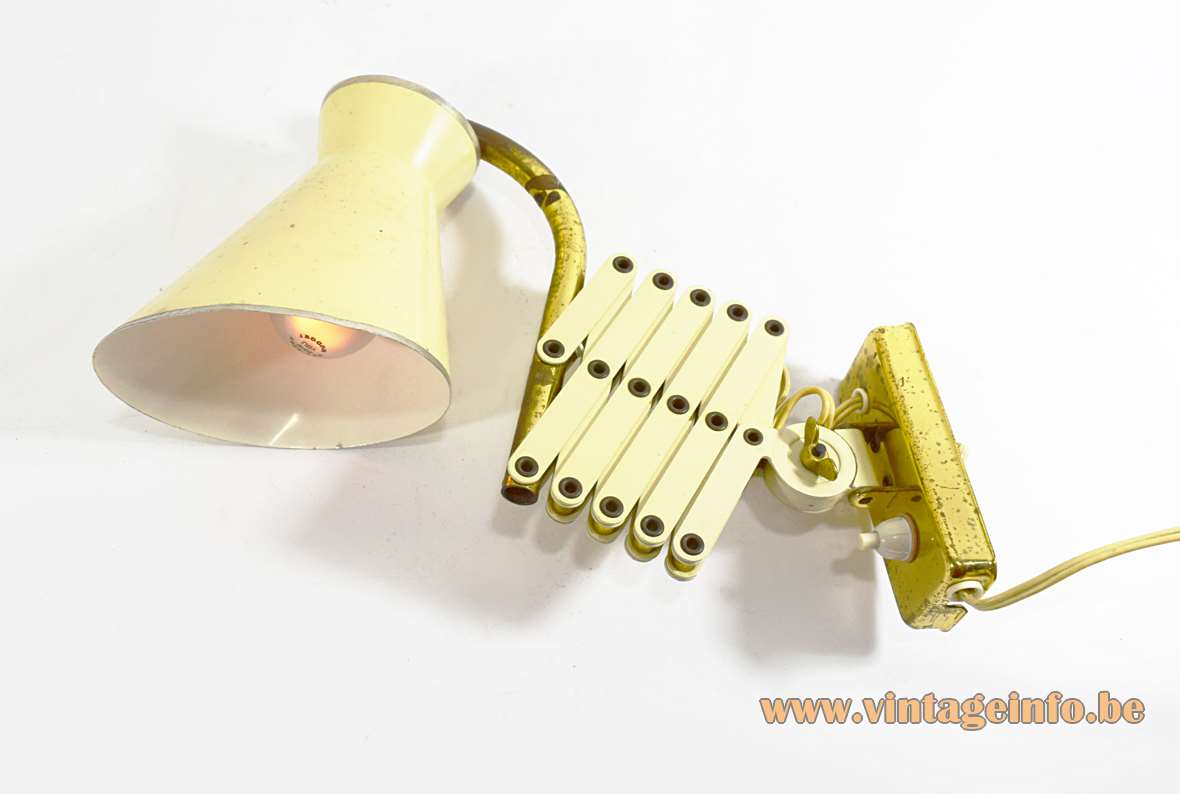 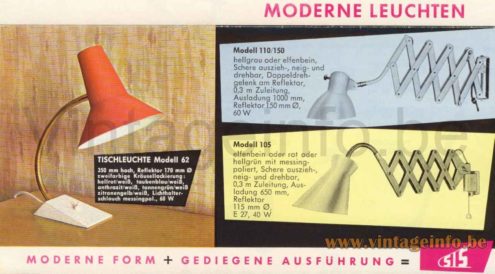 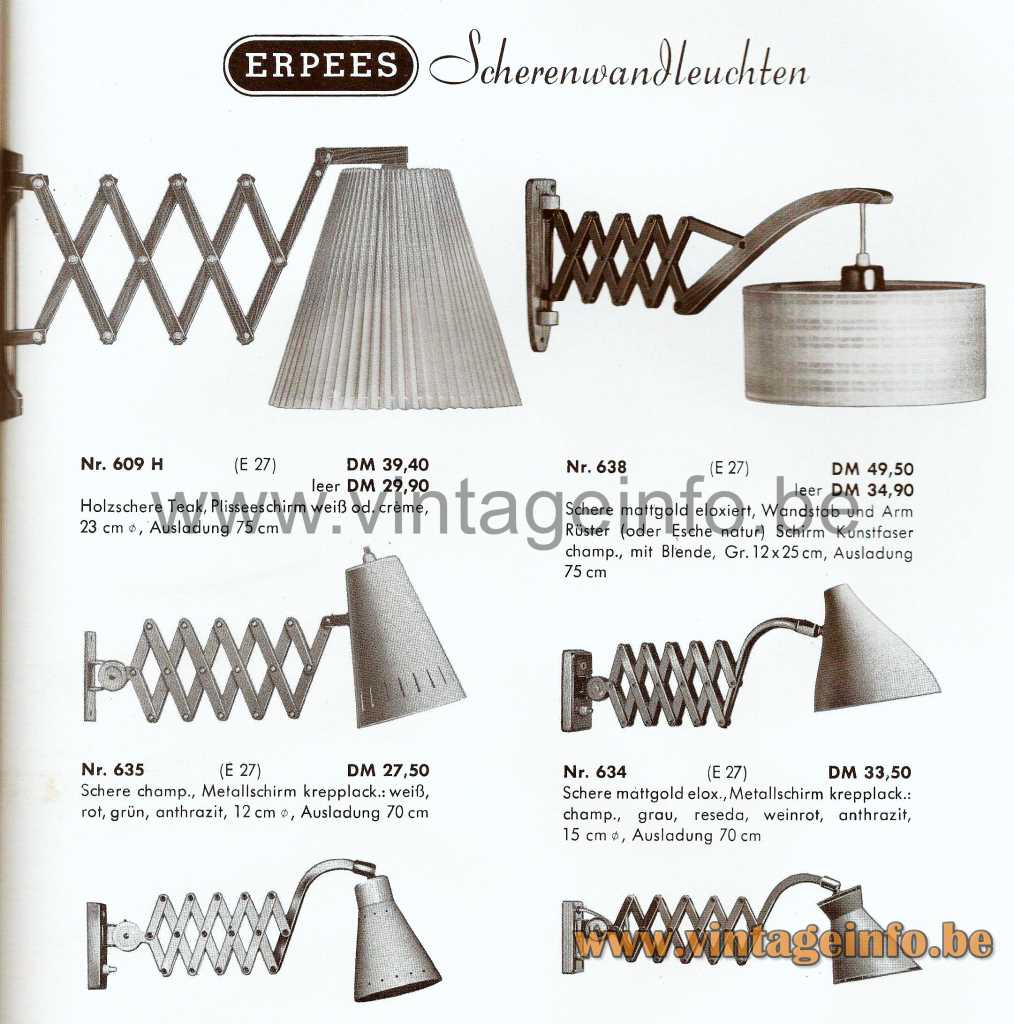 Other versions: This 1950s diabolo scissor wall lamp exists in several colours and variations. It is model 105. Some wall lamps have different wall mounts. They also exists in a version with a gooseneck instead of a brass rod on the lampshade. Also produced as a clamp lamp. Lampshades exists with perforated stars. Also made with a pull cord switch or a switch on cord. The lampshade was also used for a table lamp.

Often attributed to Hala, The Netherlands. Others say ANVIA, The Netherlands. Some others say that it is a lamp made by the Italian Stilnovo company. But those are false assumptions. Sometimes you find this lamp with a paper SIS label on the inside of the lampshade, as you can see.

These scissor lamps were also sold by ERPEES, a brand by Pfäffle Leuchten, another German company, as you can see in the catalogue picture from 1964. In all probability this lamp was made by SIS LICHT.

SIS LICHT – Light Solutions was founded in 1924 by Erich Lang and his dad Karl Lang senior. They started a metal industry factory, that had it’s focus on lighting right from the start. The name SIS stands for Sirius Schweinfurt. Today, they are producing a wide range of industrial lighting. The company is led by Stefan Lang, the fourth generation to lead the family business.

Schweinfurt is a small town with a population of some 52.000 inhabitants (2016) in the northwest of Bavaria on the right bank of the Main River. Schweinfurt is known for its metal industry. Schweinfurt is one of the fastest growing cities in Germany and one of the most dynamic cities in Europe in terms of development opportunities.

The city of Schweinfurt – Wikipedia

Many thanks to Claes for the catalogue picture and the help.