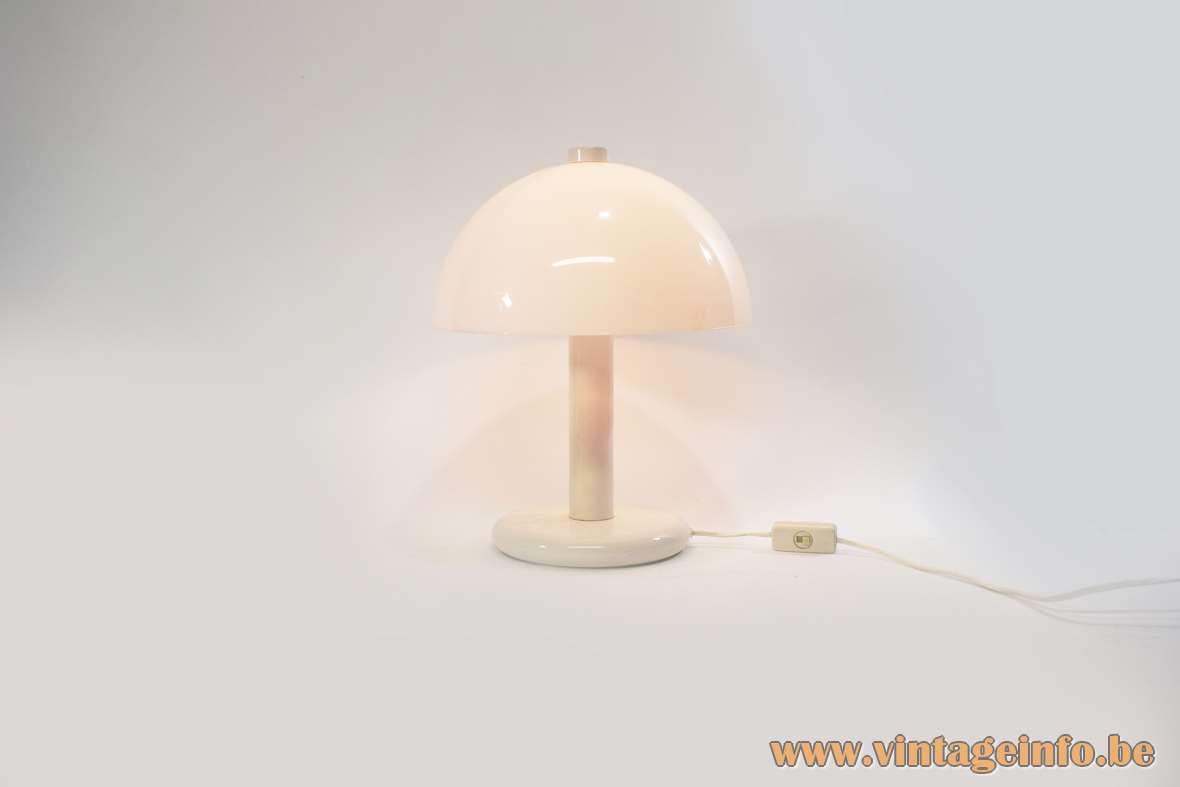 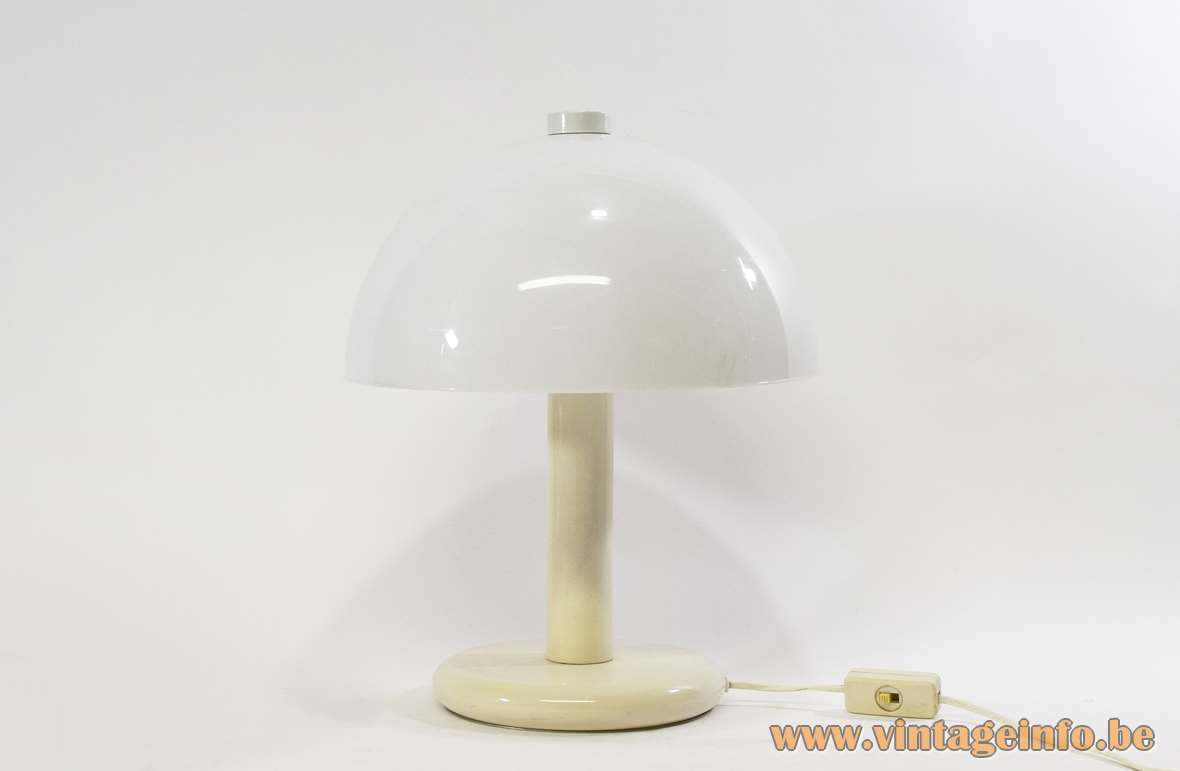 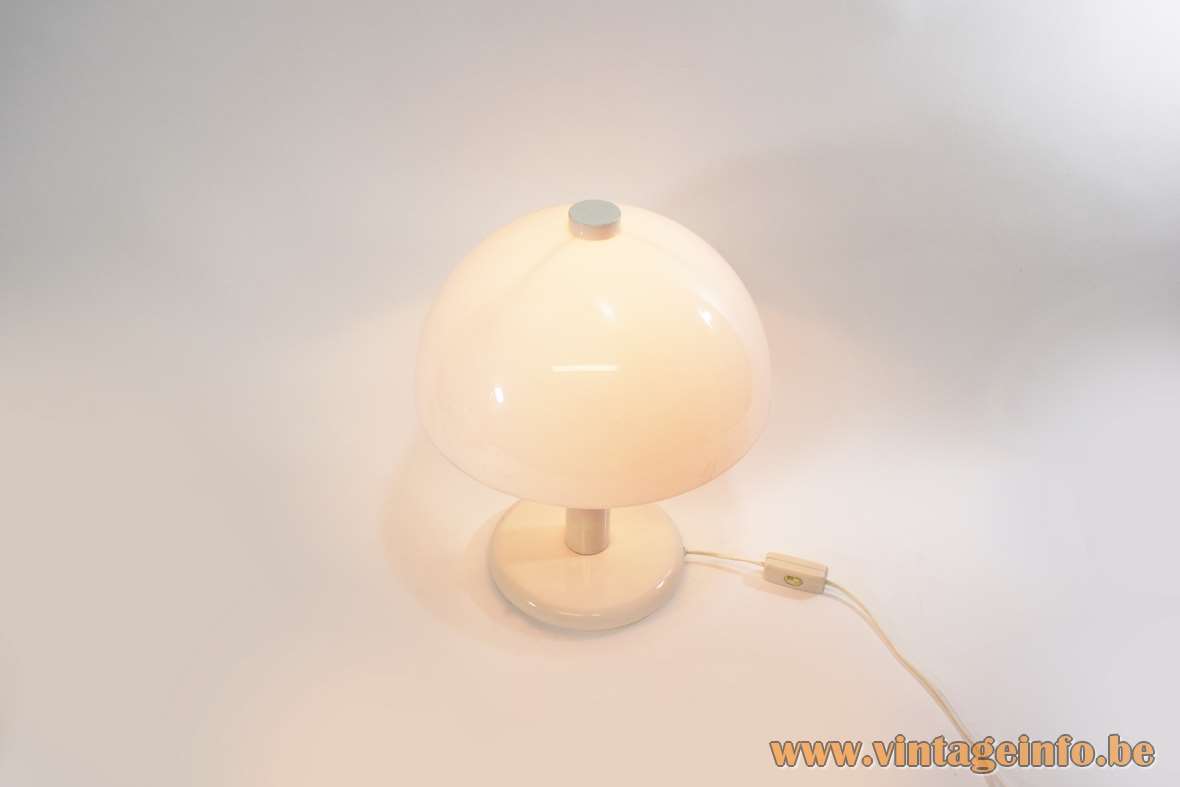 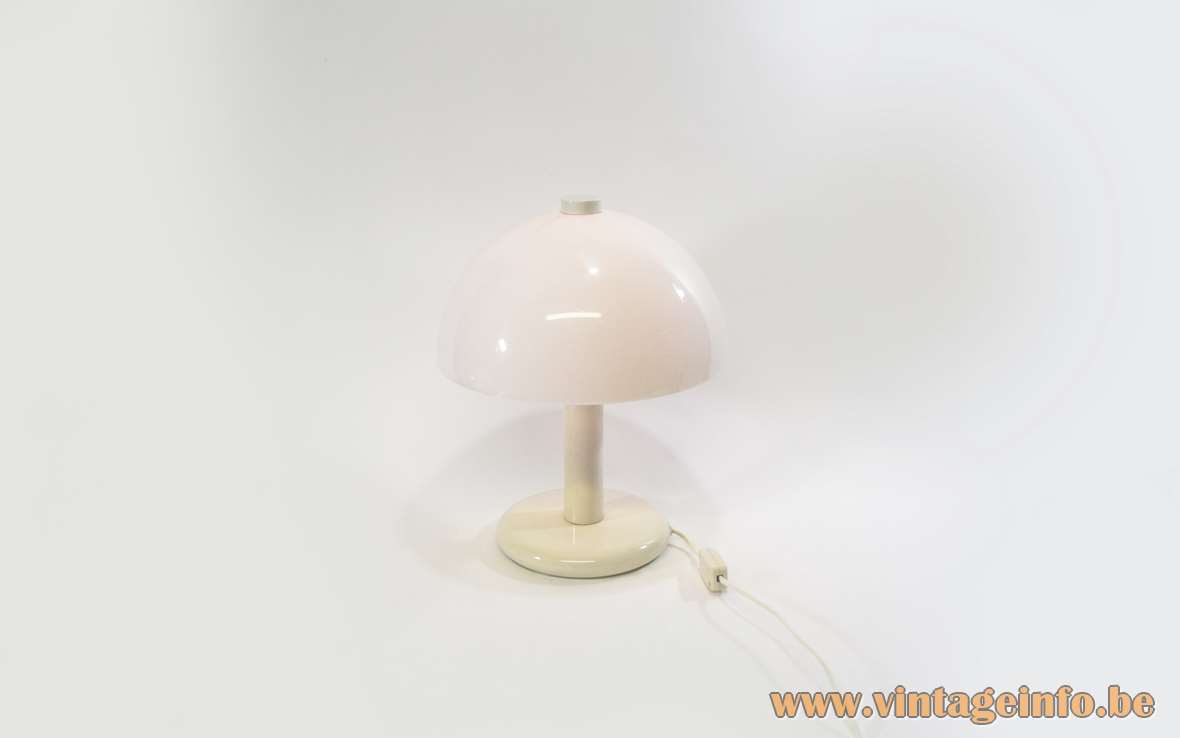 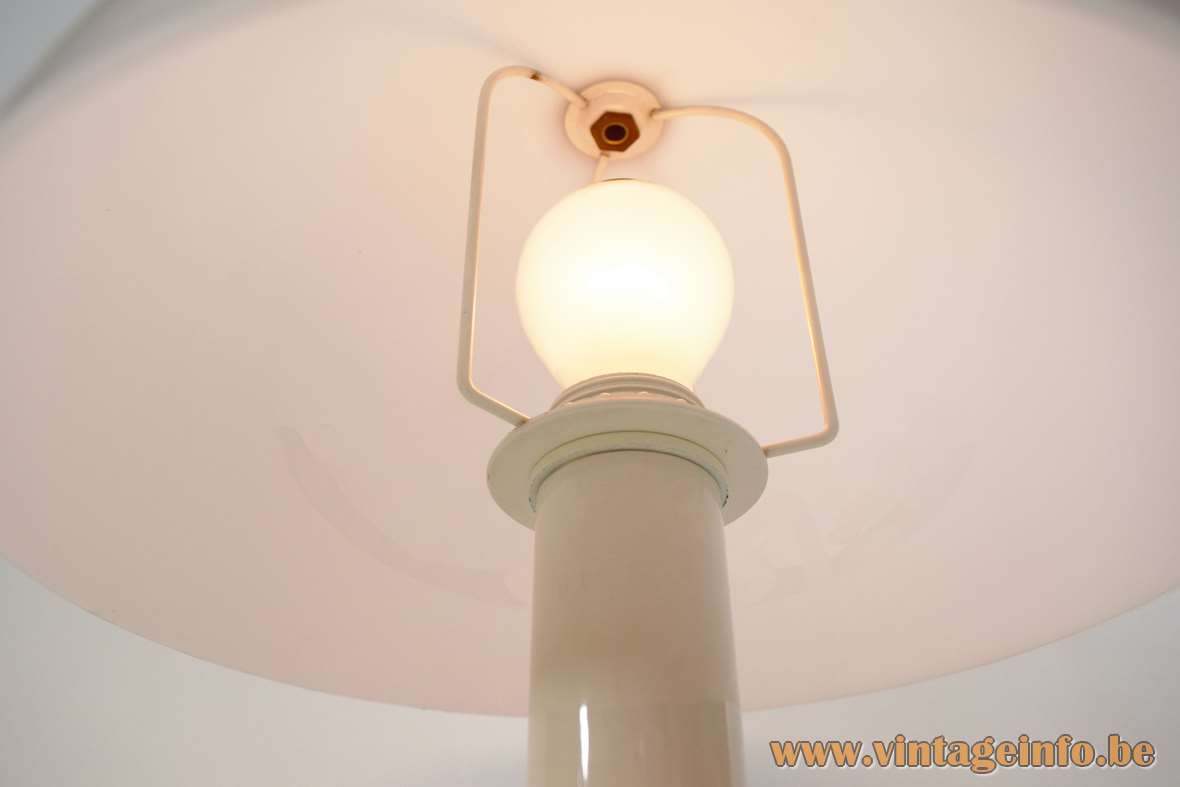 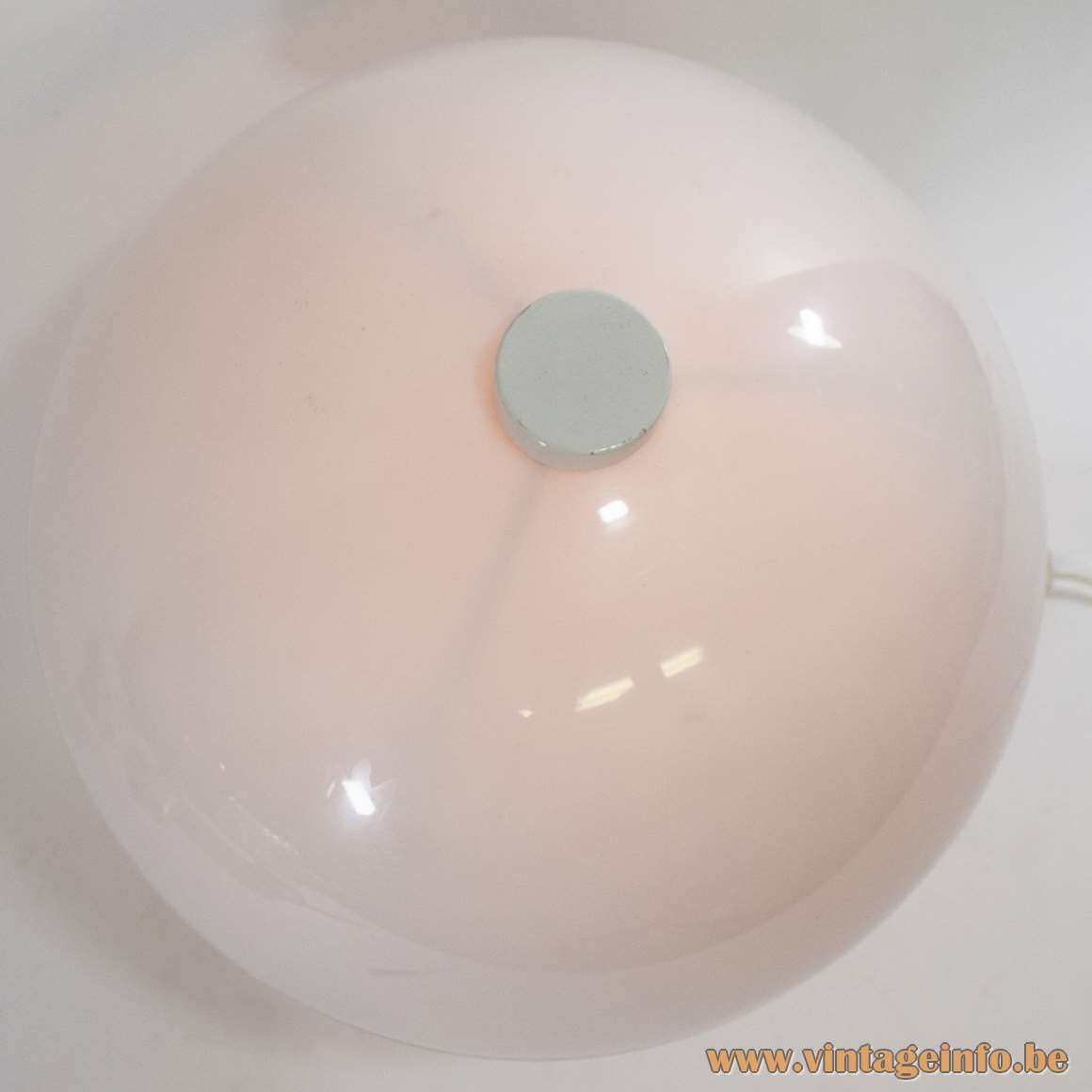 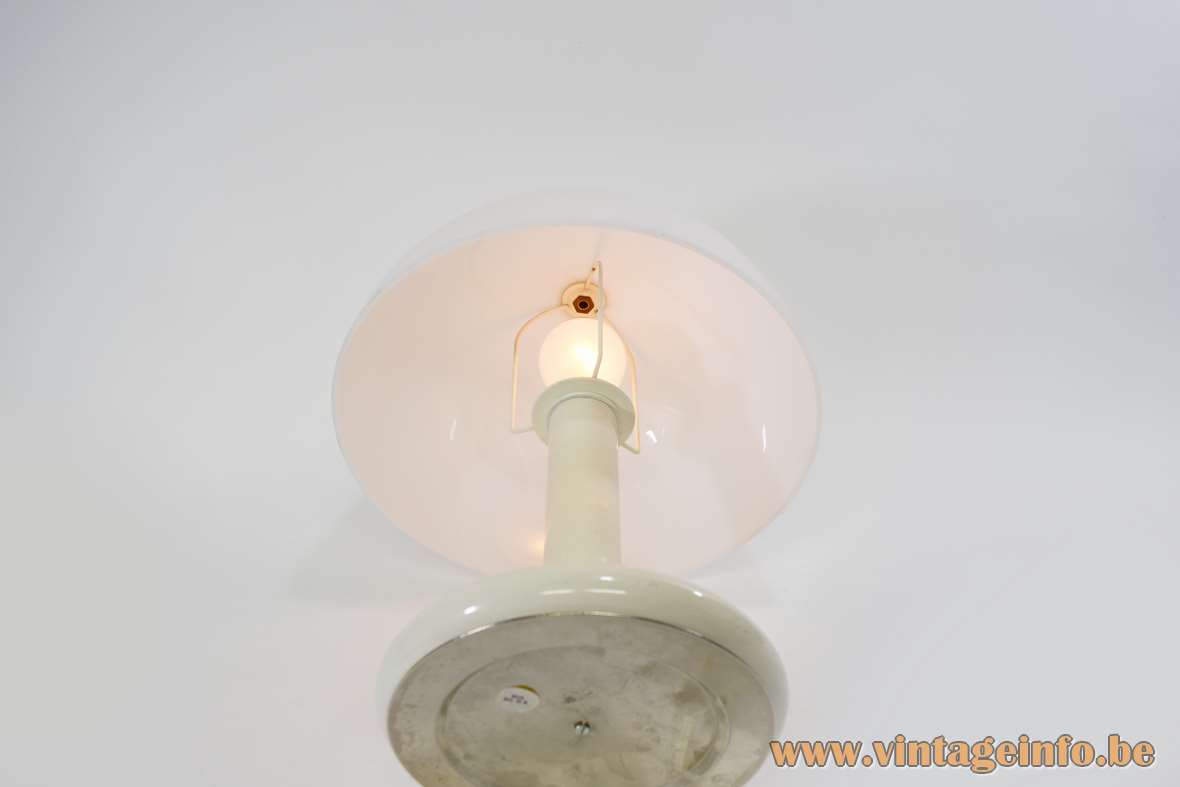 Massive label on this lamp 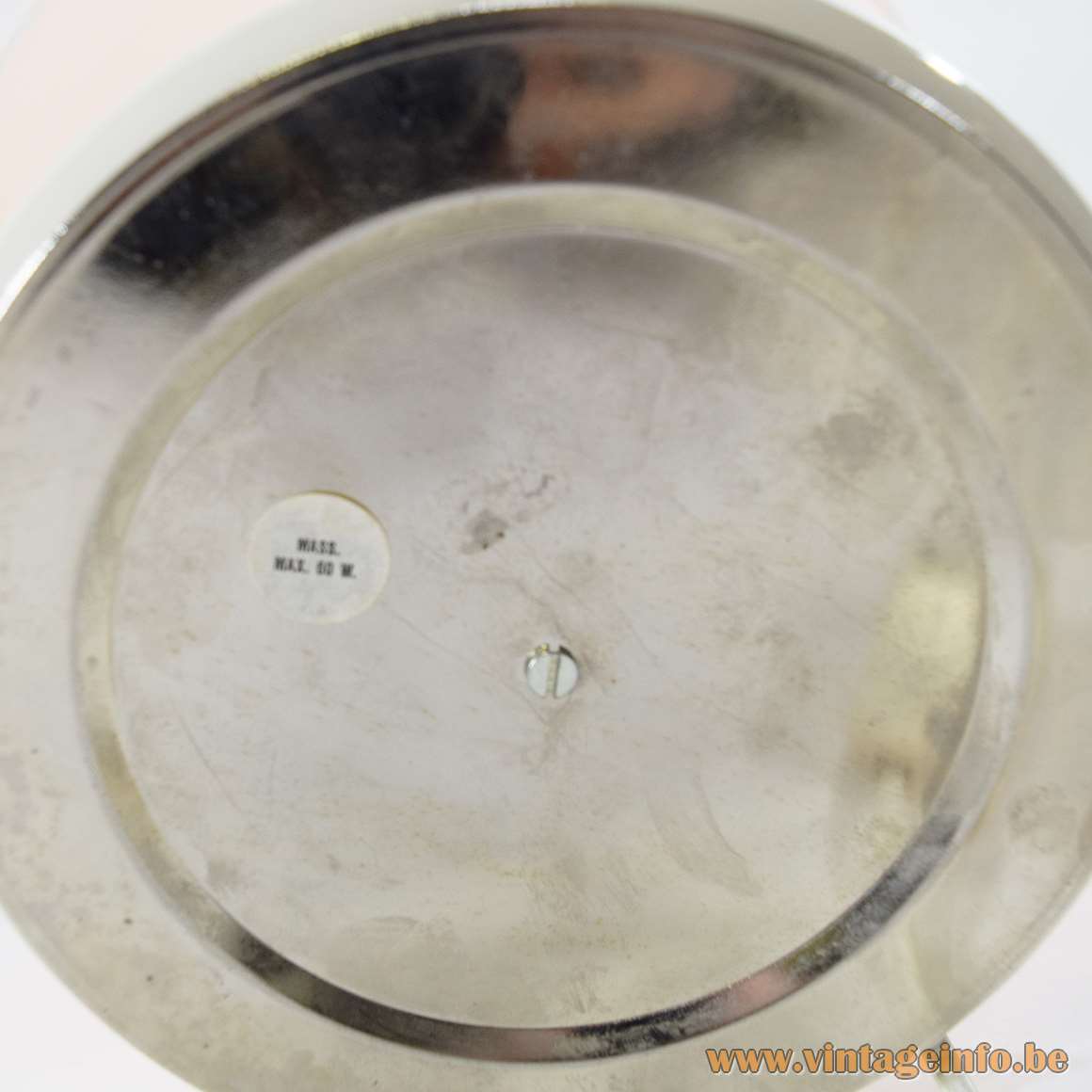 Electricity: 1 bulb E27, 1 x 60 watt maximum,  110/220 volt.
Any type of light bulb can be used, not a specific one preferred. However, clear bulbs creates stripes on white lampshades.

Other versions: This white acrylic mushroom table lamp was also made with a chrome and a brown painted base and also made as a big floor lamp and a wall lamp. These lamps were produced until the early 90s.

Label on the bottom: Mass. Max. 60W. (Massimo Maximum 60 Watt). Massimo is the Italian word for maximum. Max. is used for every other language in Europe were Massive sold lamps at that time. Labels like this were used by Massive. At Massive they were economical with the labels, they only started using labels when the government had compelled them to do so. The first labels that became mandatory in Europe (EEC) were stickers that stated the maximum power of the light bulbs to be used. Later on Massive used the same round labels with the same font that says: Mass. Max. 60W., Made In Belgium and also labels exists with Massive Mass. Max. 60W. More info about these labels can be found over here on Vintageinfo.