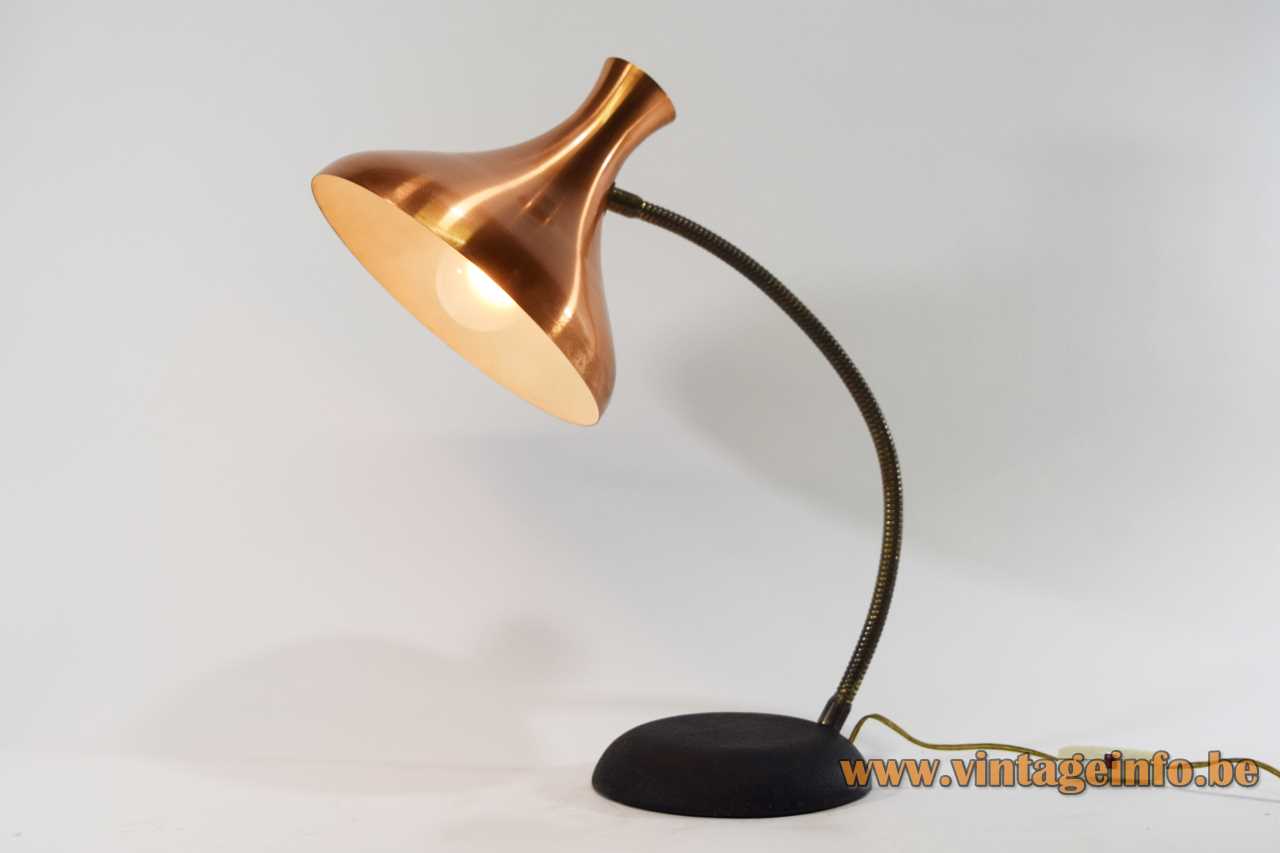 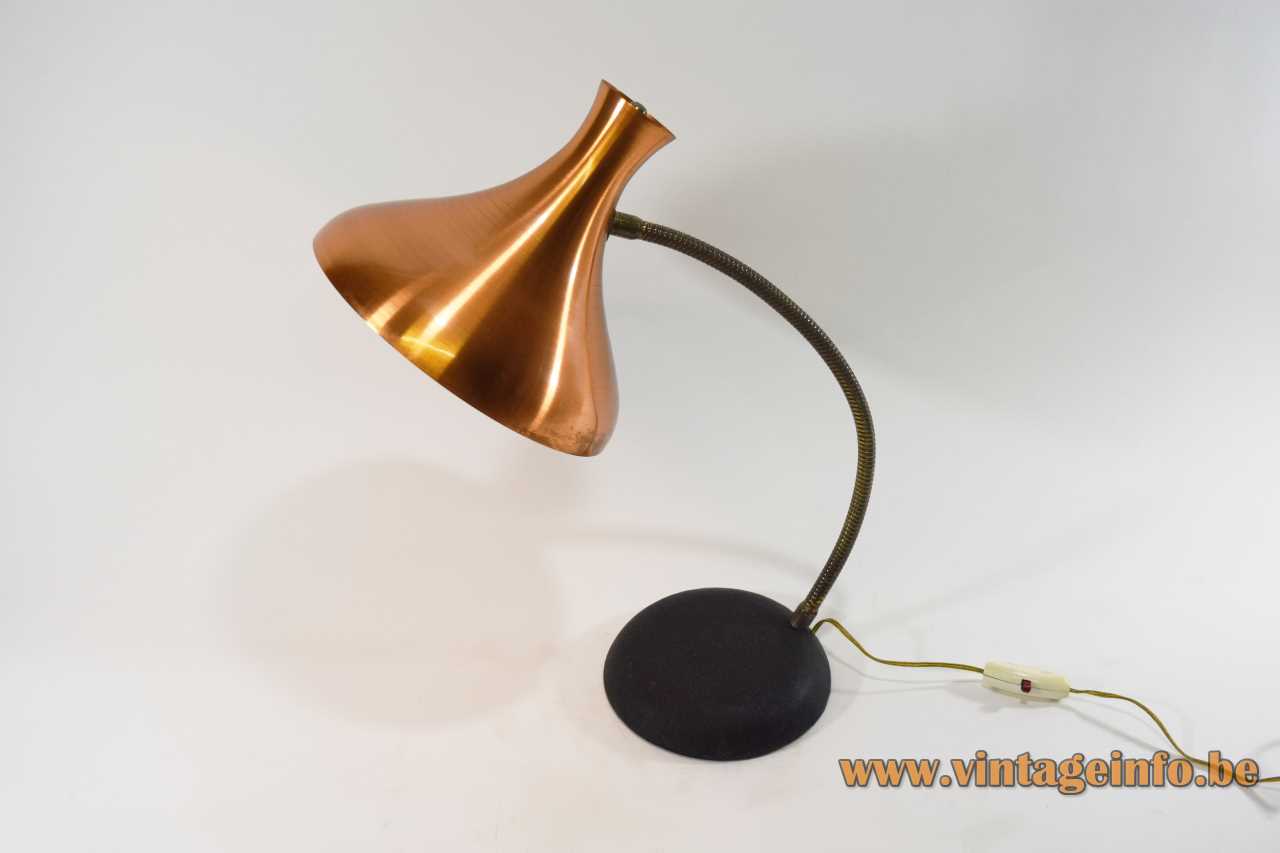 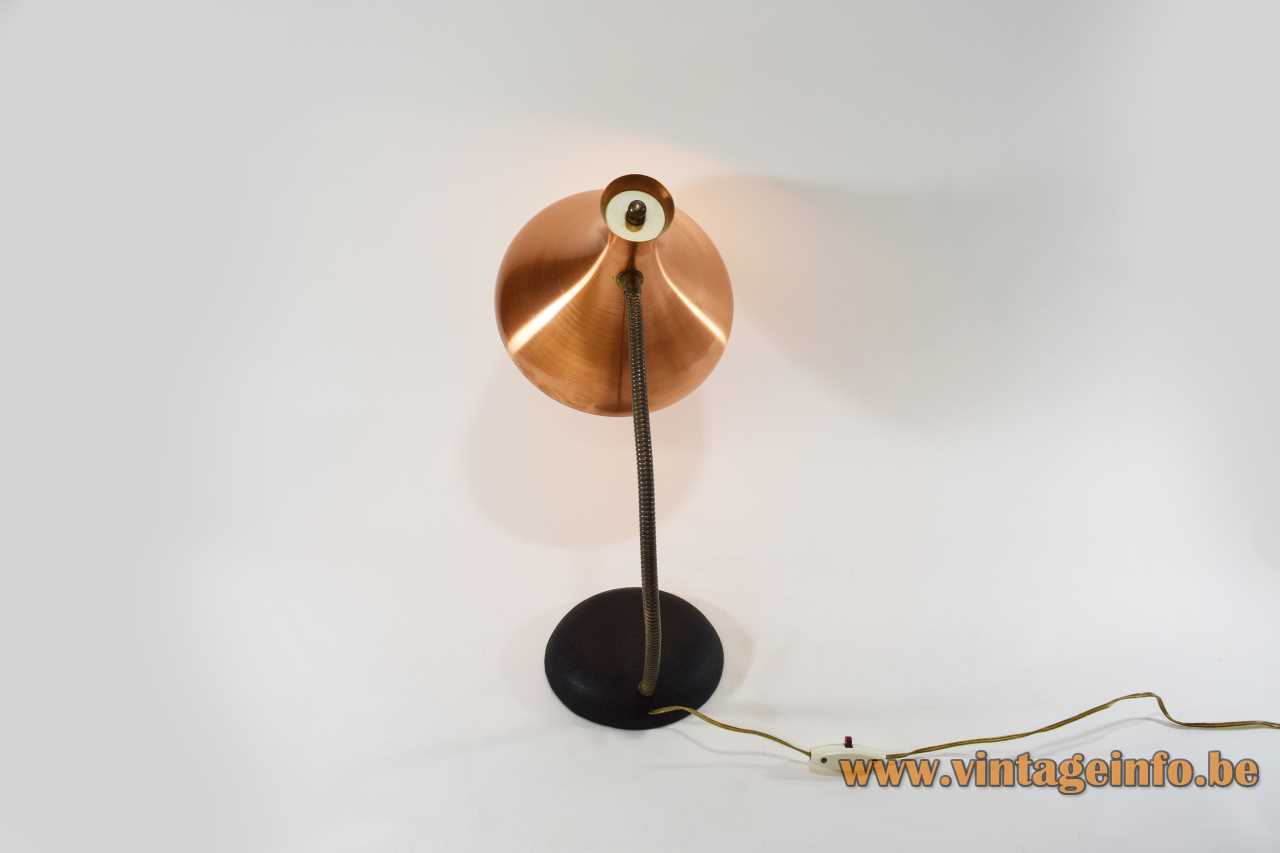 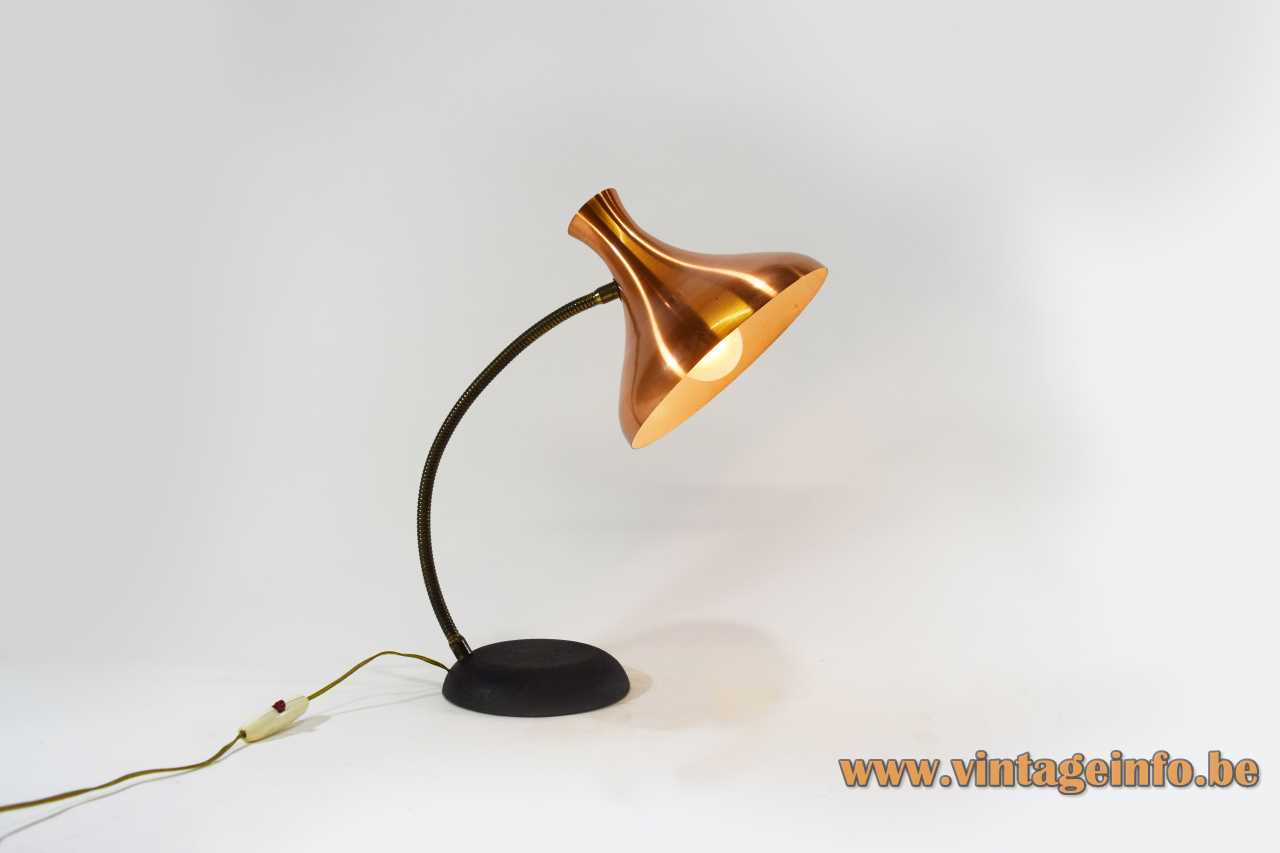 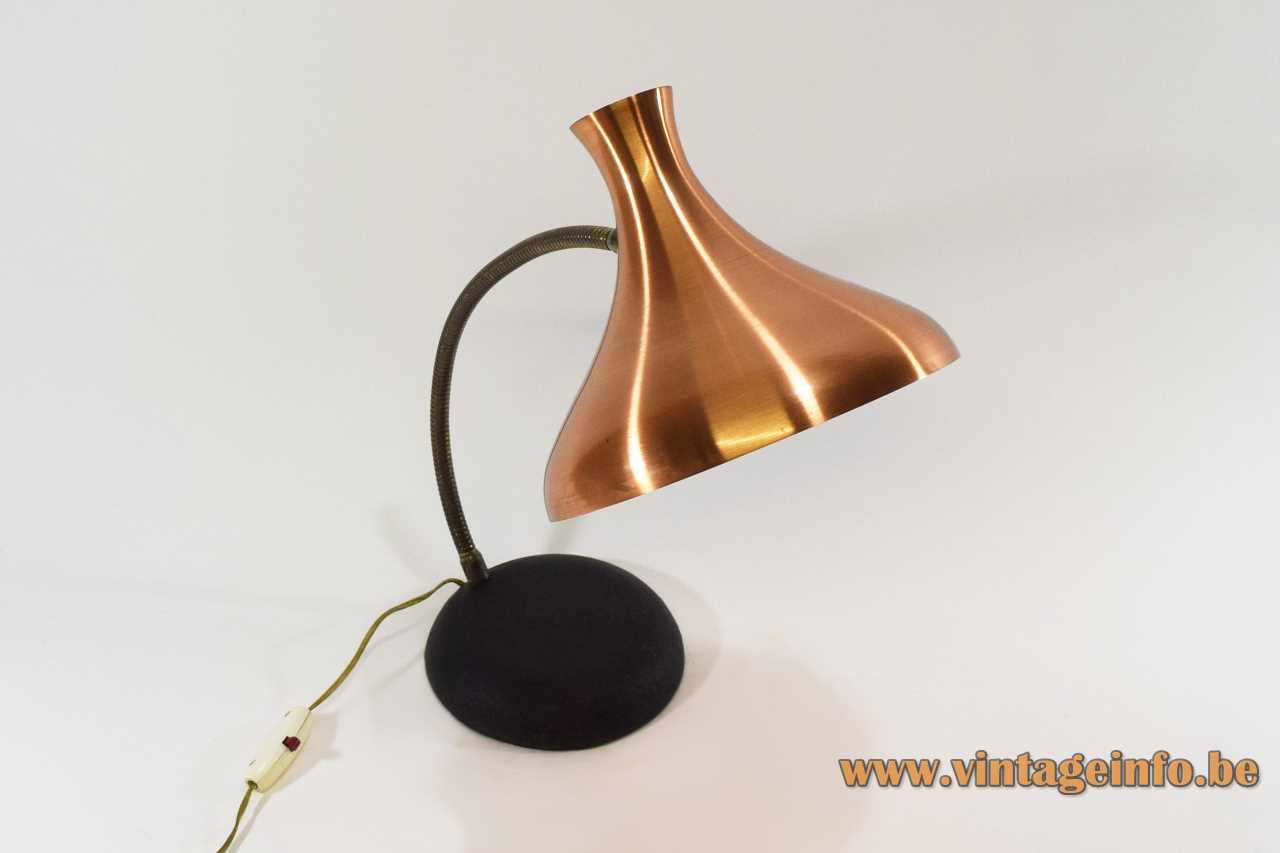 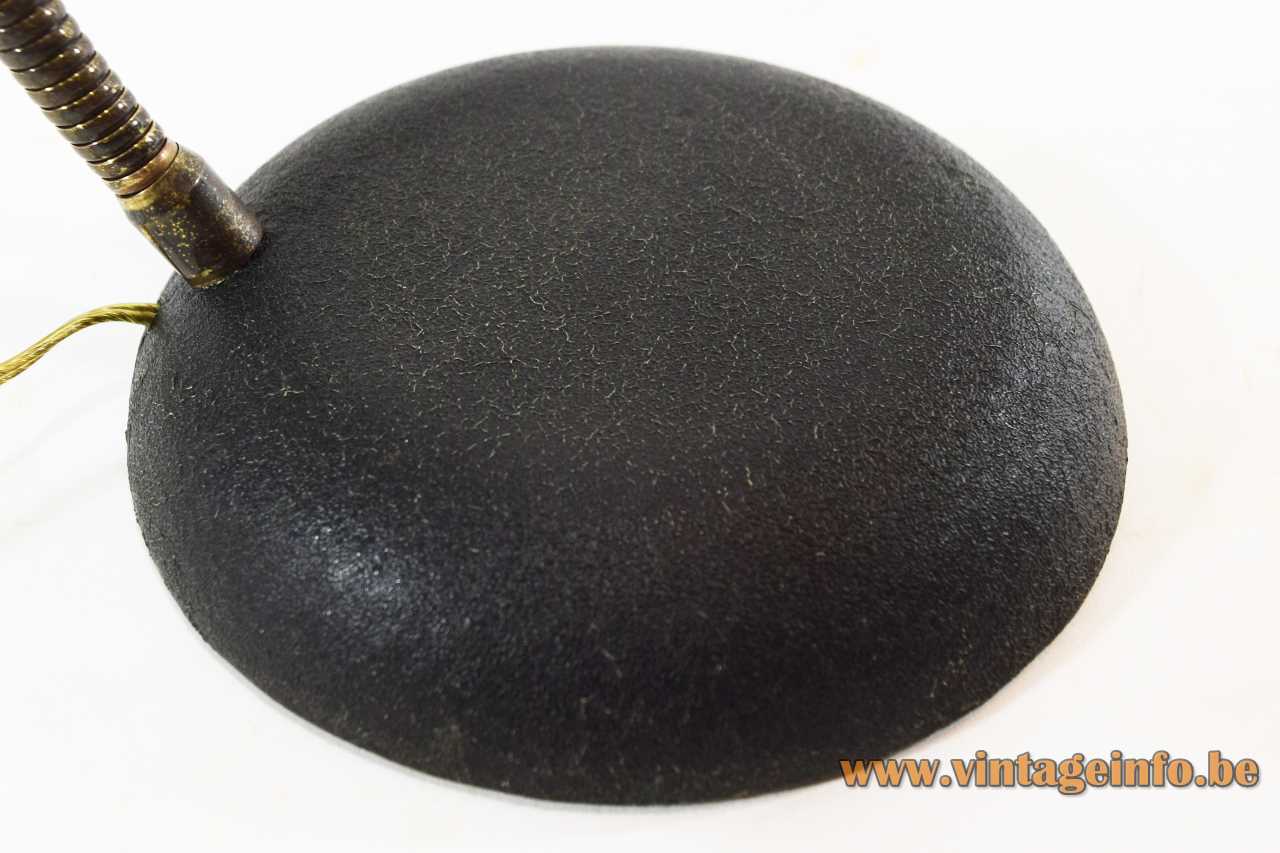 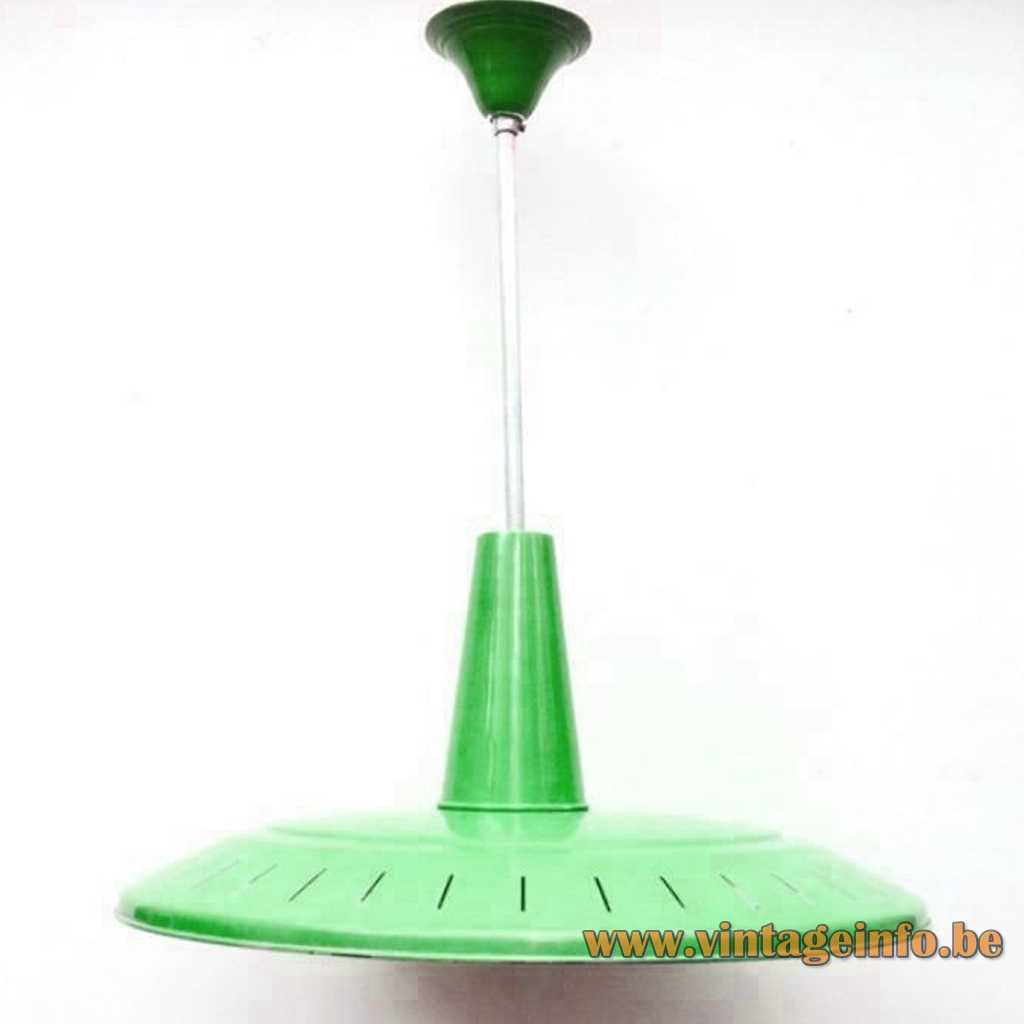 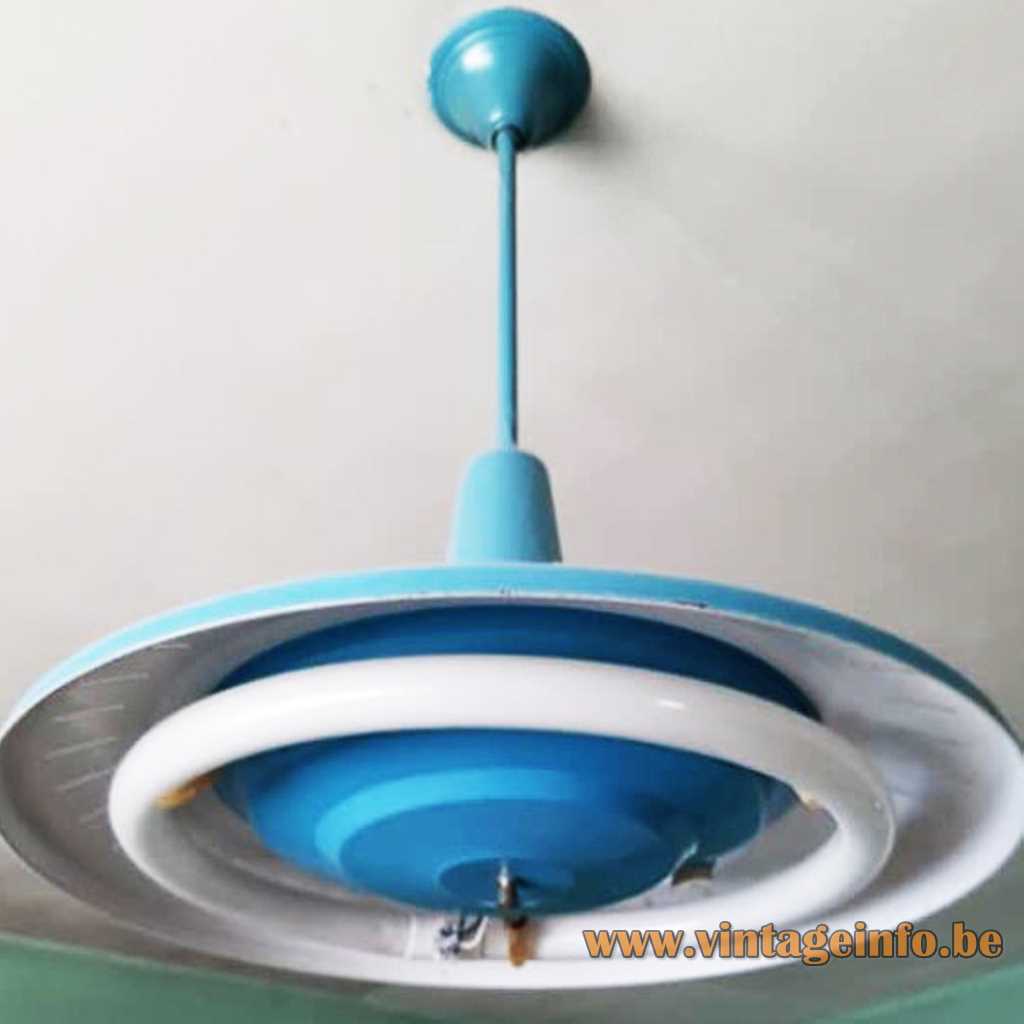 Other versions: This Van Haute copper diabolo desk lamp was also made with an aluminium (sometimes perforated on the top) lampshade and exists in several colours. Also produced with a curved chrome rod instead of a gooseneck. The flattened cast iron base was used for several other lamps.

Often said that the diabolo lampshade is a design by Louis Kalff (Philips), but those are false assumptions.