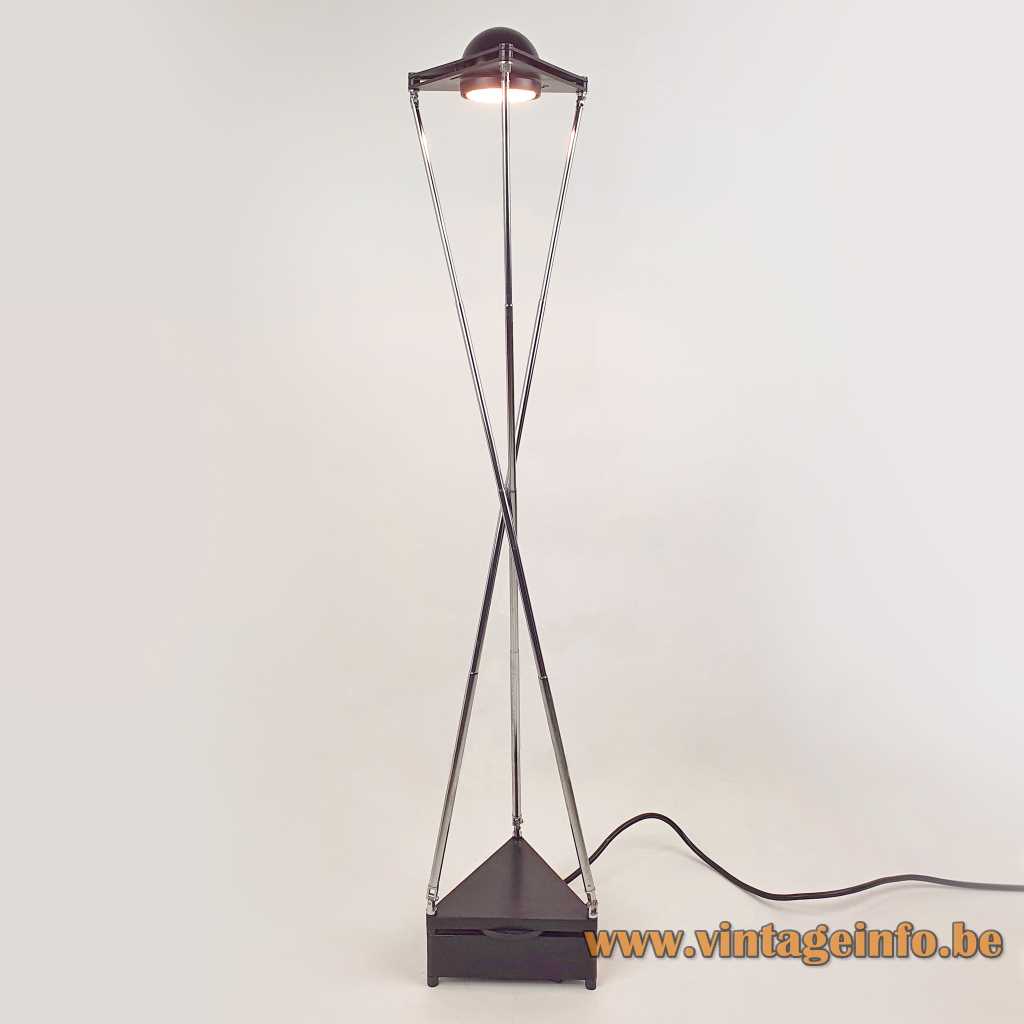 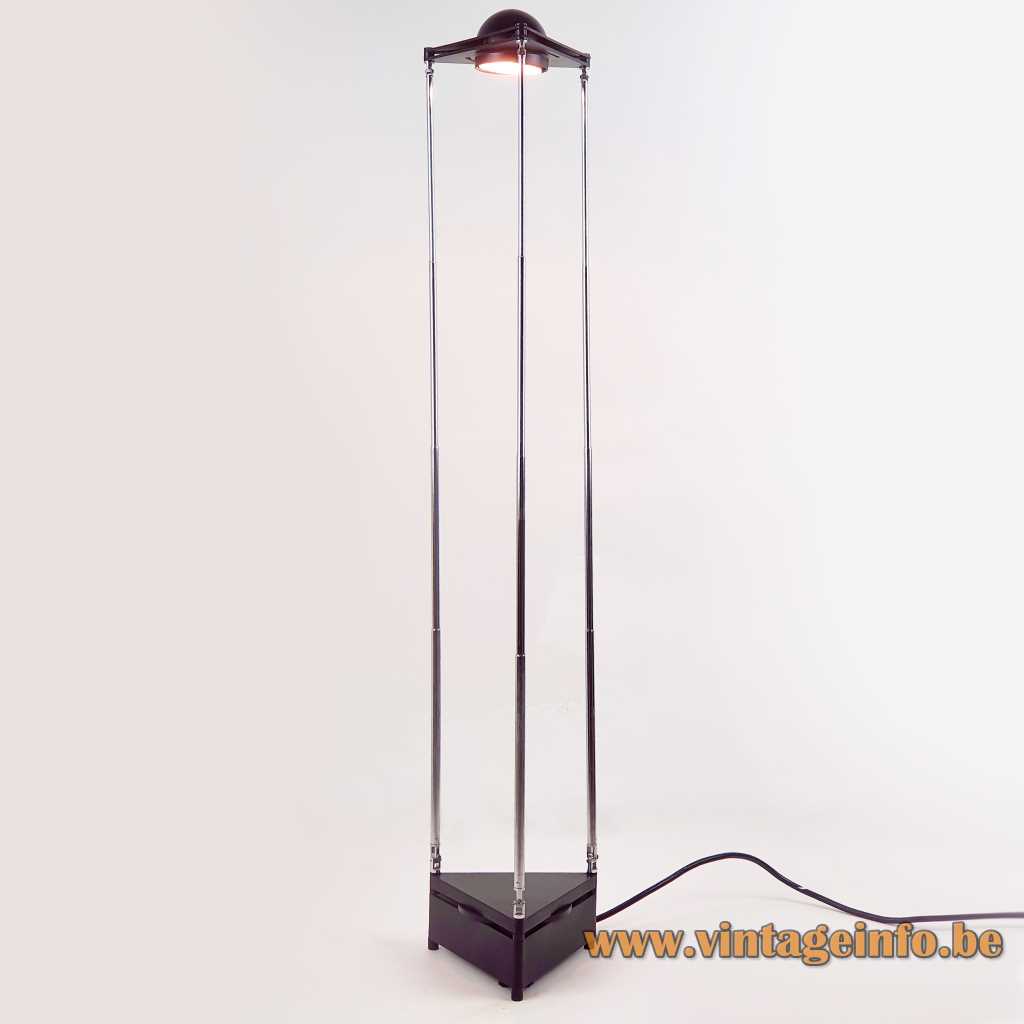 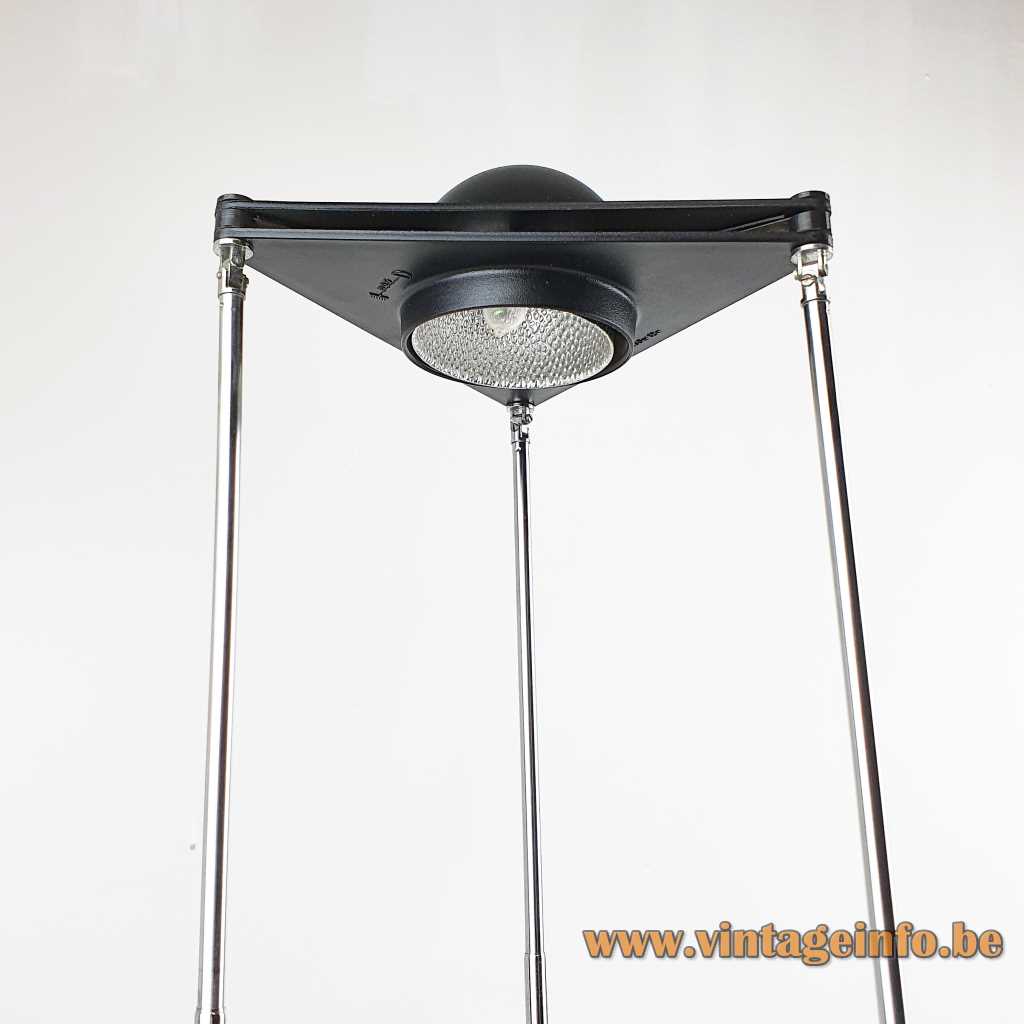 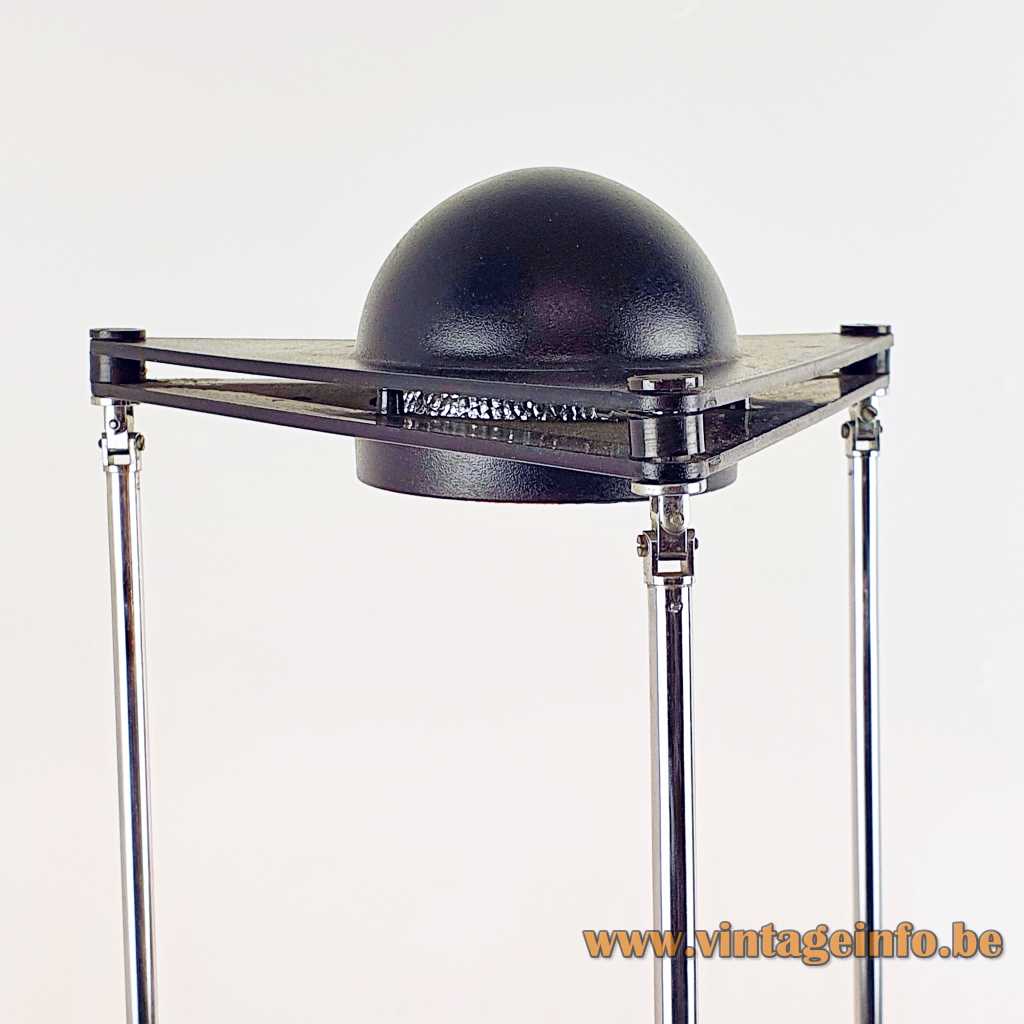 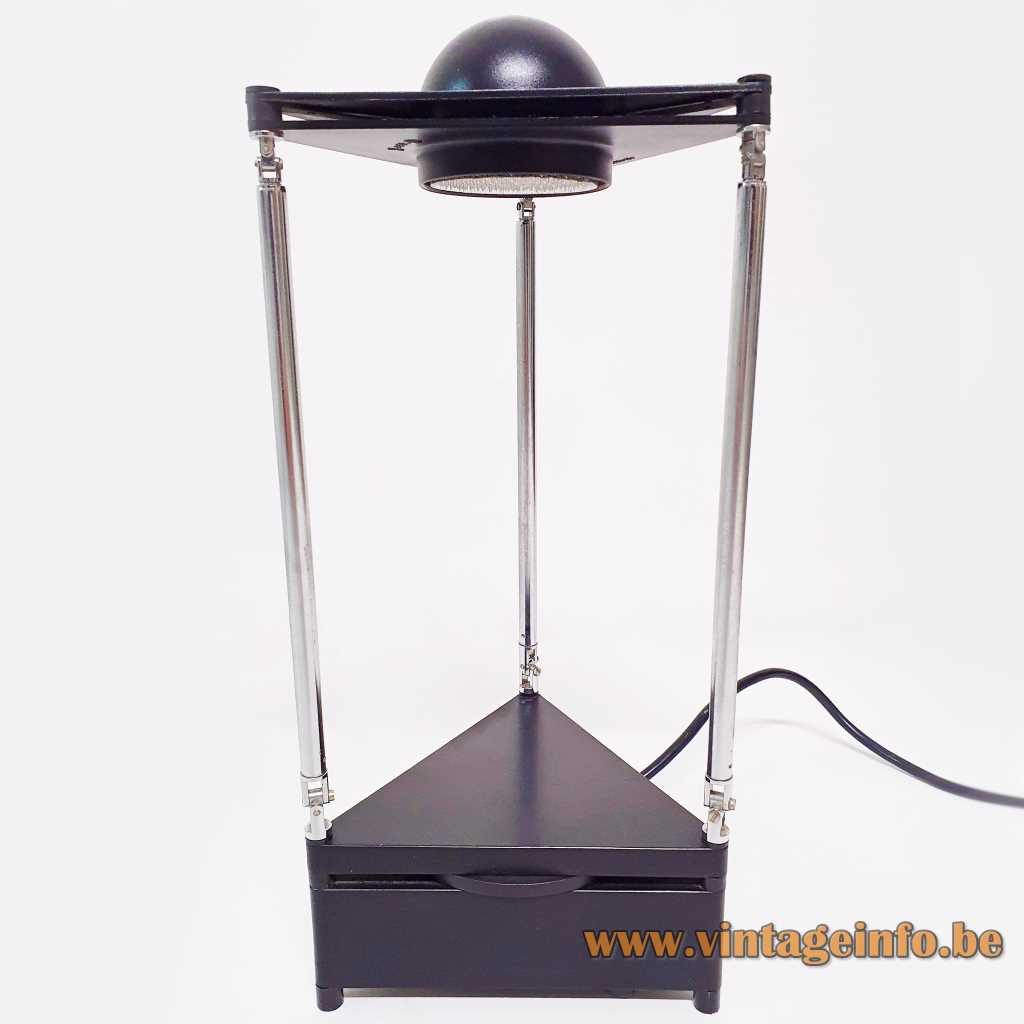 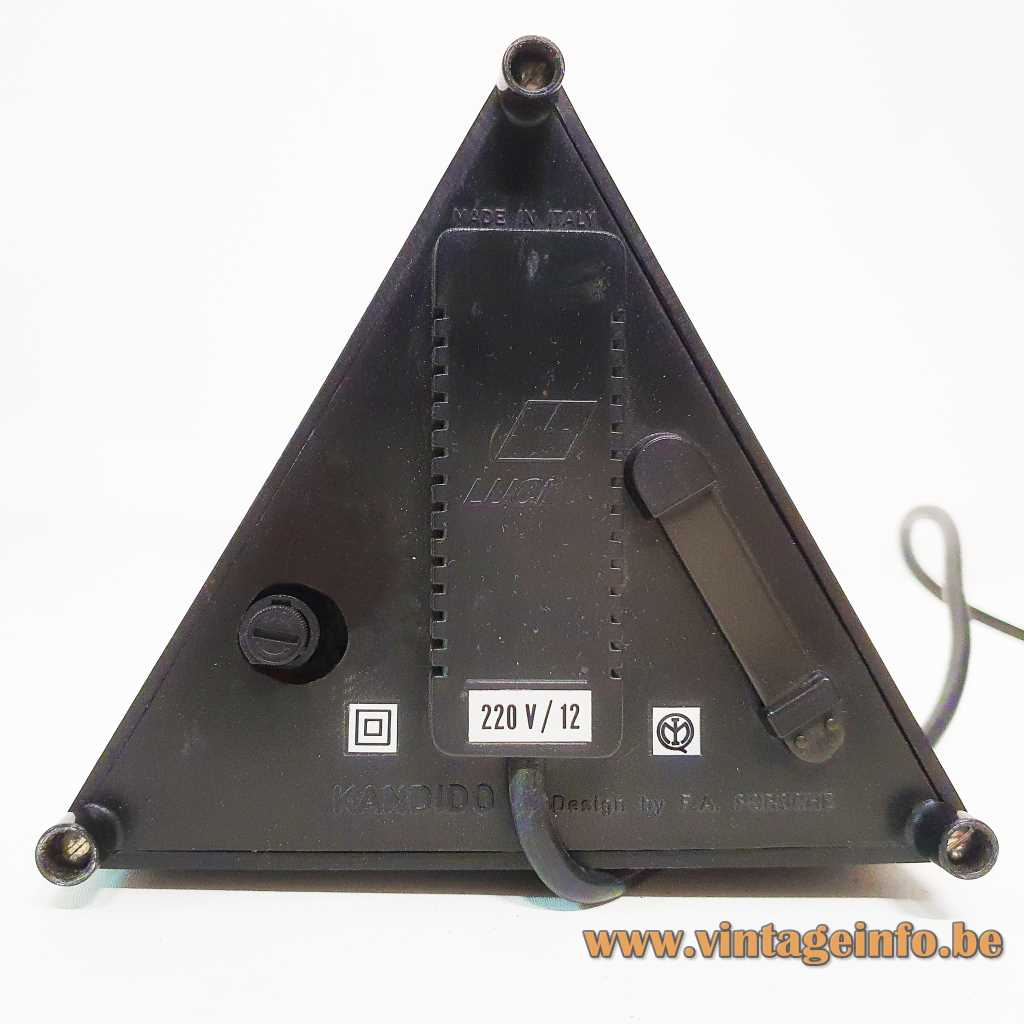 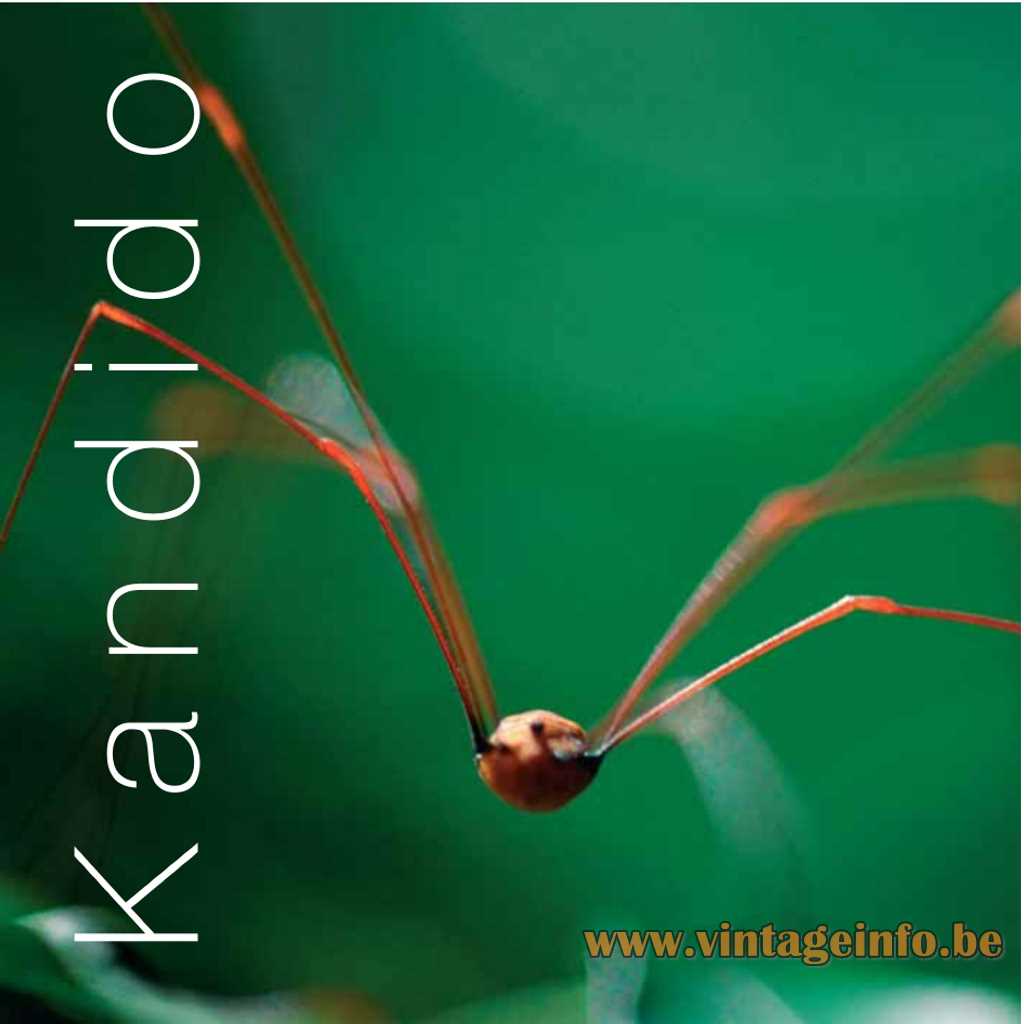 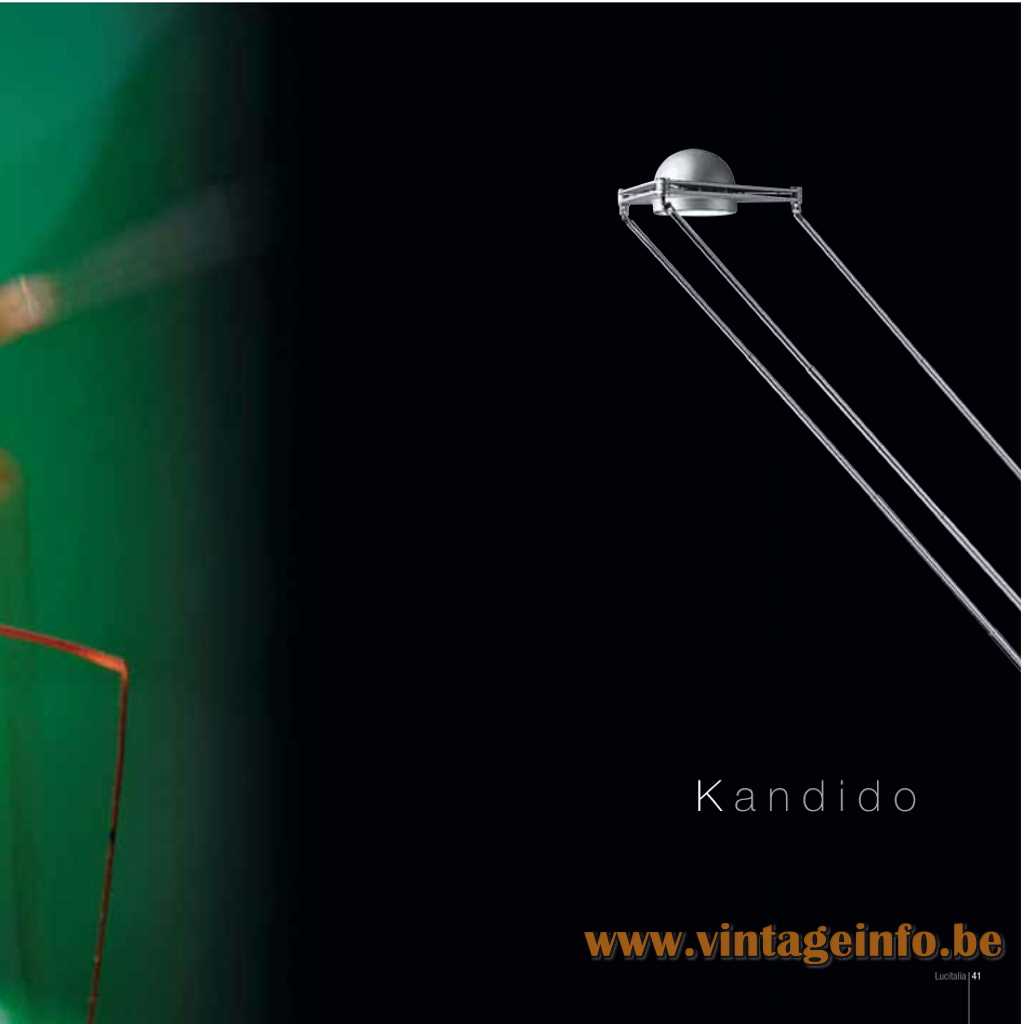 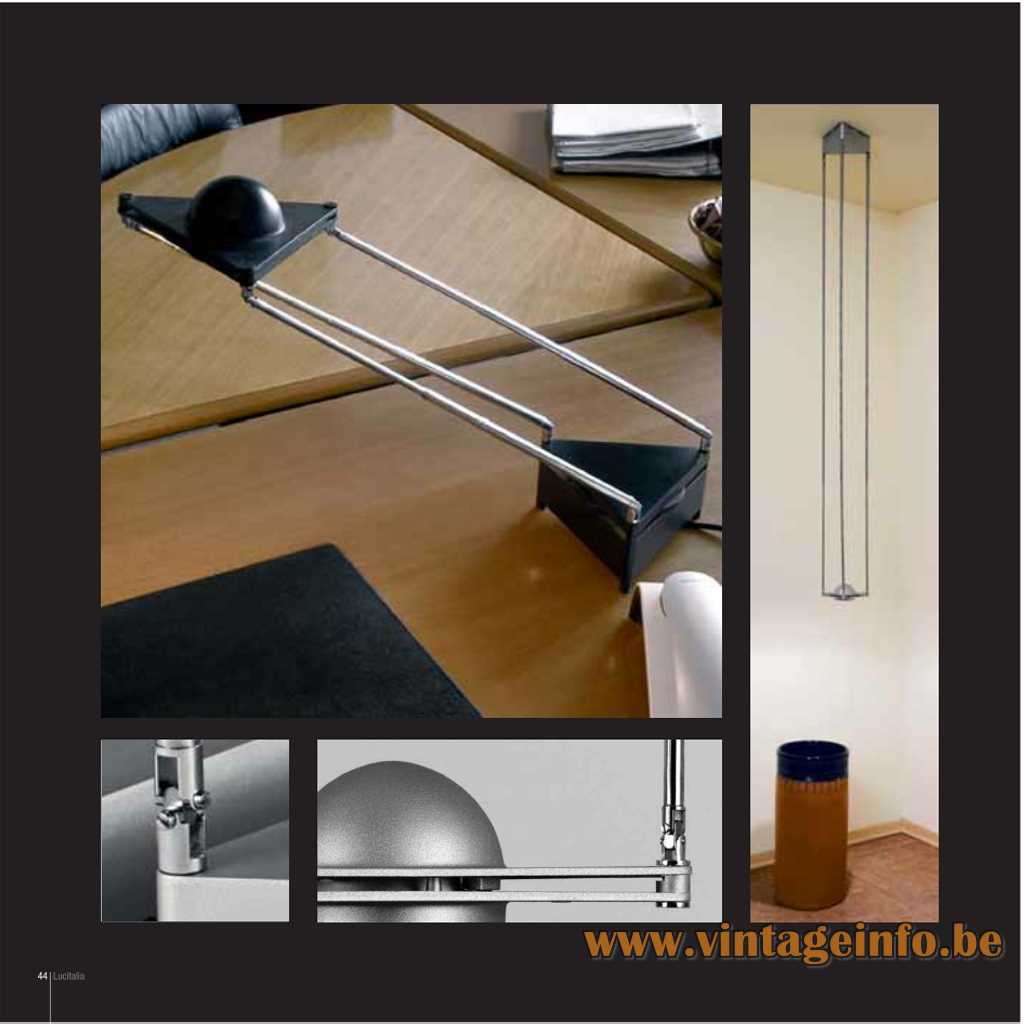 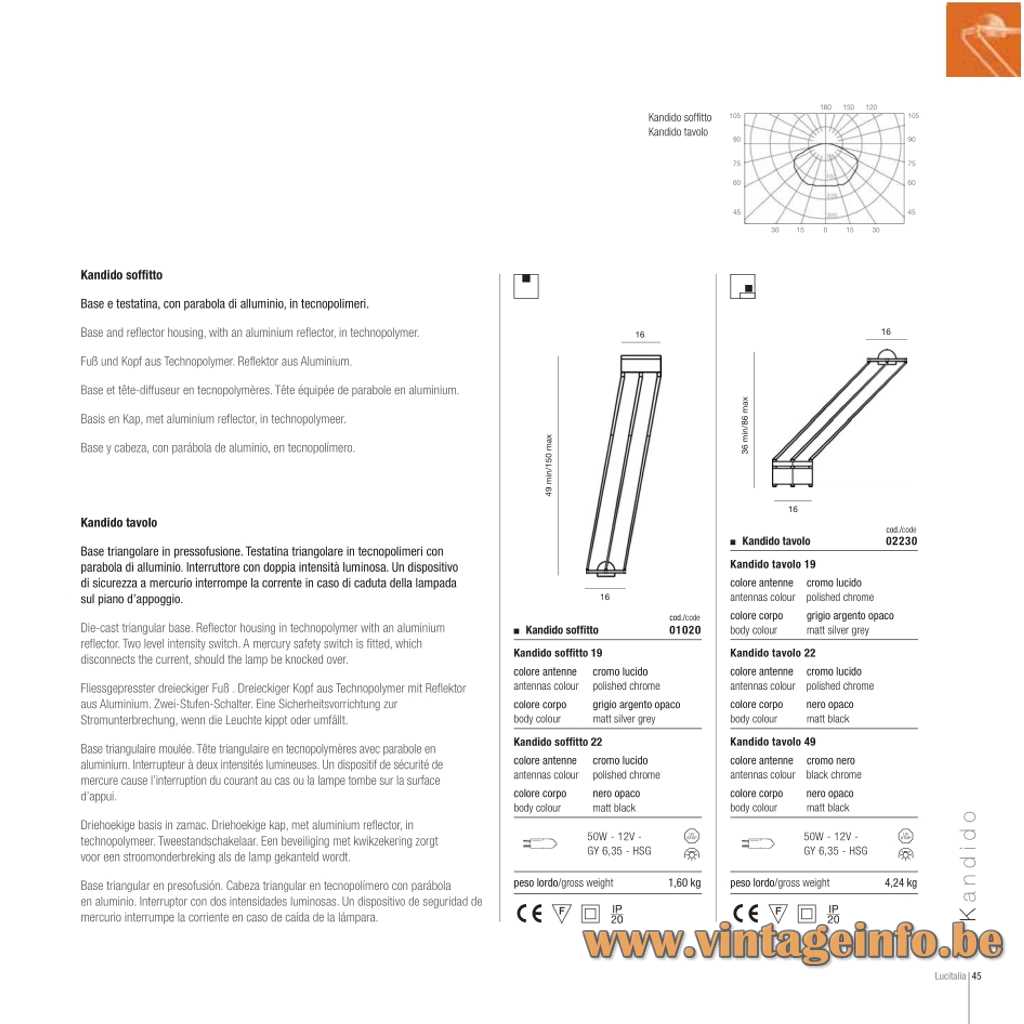 Lamp in the movies 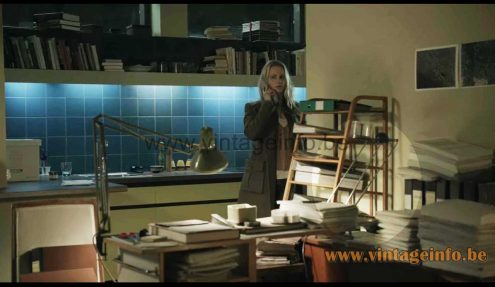 Other versions: This Lucitalia Kandido table lamp (Kandido soffitto) exists in black and silver grey. It was also made as a flush mount, it can be found over here. Catalogue pictures are from 2005. The lamps are no longer in production.

The table lamp, model Kandido tavolo, is equipped with a two level intensity switch. A mercury safety switch is fitted, which disconnects the current, should the lamp be knocked over. Later versions do not have this protection, but they have a fuse. This one is an in-between version. A hole was drilled in a first edition lid to fit the fuse.

Ferdinand Alexander Porsche, born 11 December 1935 in Stuttgart, Germany, is a famous designer. He is the son of Ferry Porsche and grandson of Ferdinand Porsche, the founder of the Porsche car company.

Ferdinand Alexander Porsche, nicknamed Butzi, studied industrial design in Ulm. In 1957 he started practical training at the body design department of the family-owned car company. He is responsible for the design of the Porsche 911 and 904.

Except for cars, Porsche also designed wristwatches, it is still the main business of his company Porsche Design, founded in 1973. Also many spectacles and sunglasses were designed over the years.

LUCI illuminazione d’interni (indoor lighting)” was founded in 1966. Designers who have collaborated with LUCI are: Toshiyuki Kita, Giugiaro Design, Rodolfo Bonetto, Asahara Sigeaki, Francesco Brivio, Carlo Forcolini, Giancarlo Fassina, Ikaru Mori, Fabio Princivalle, Serge & Robert Cornelissen, Gabi Peretto and many others. For a while the name Luci Cinisello was used. It is the town near Milan where the company was located.

In 1989 LUCI changed into LUCITALIA. The company merged with Ghidini Lighting, founded in 1974. Ghidini Lighting is an Italian company specialised in the design and production of technical outdoor lighting fixtures. The company is located at the Via Monsuello 211, 25065 Lumezzane, Italy. Some 100 km / 62 mi from Milan. 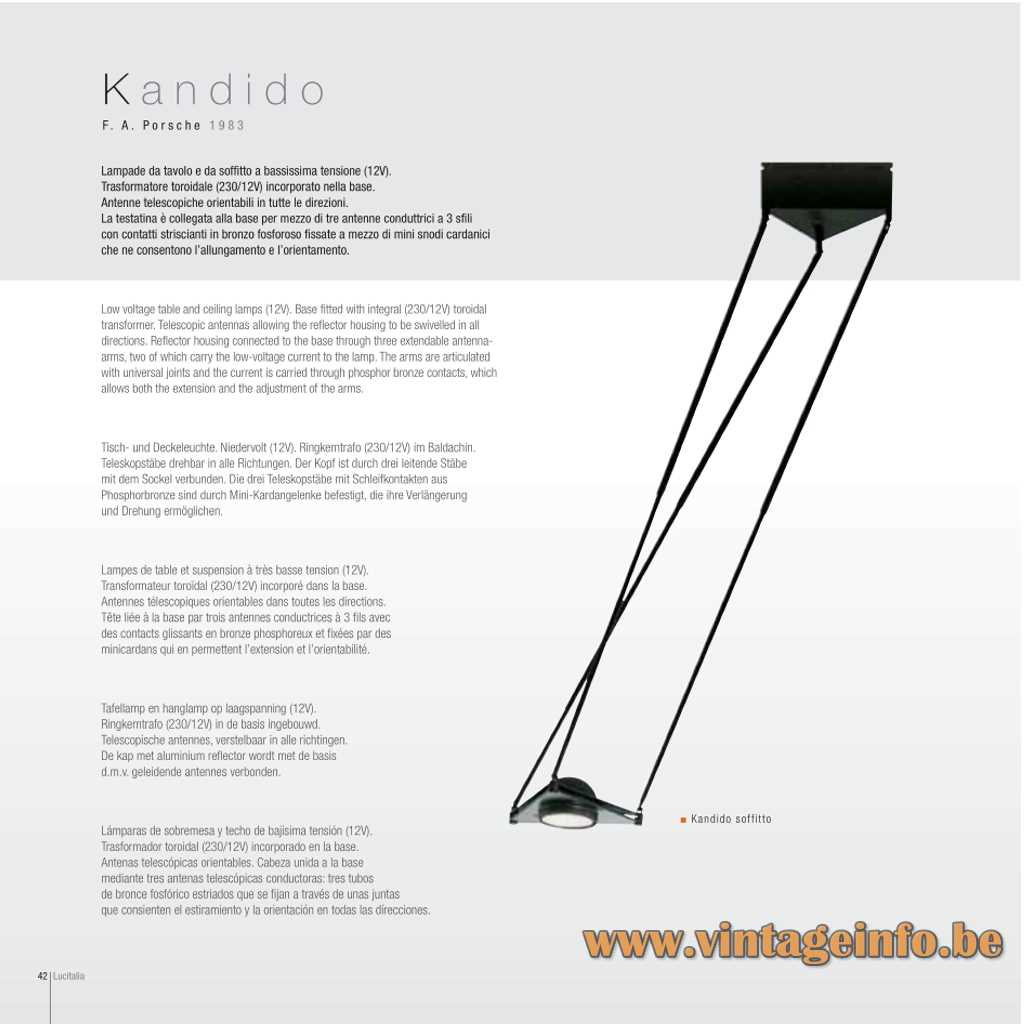 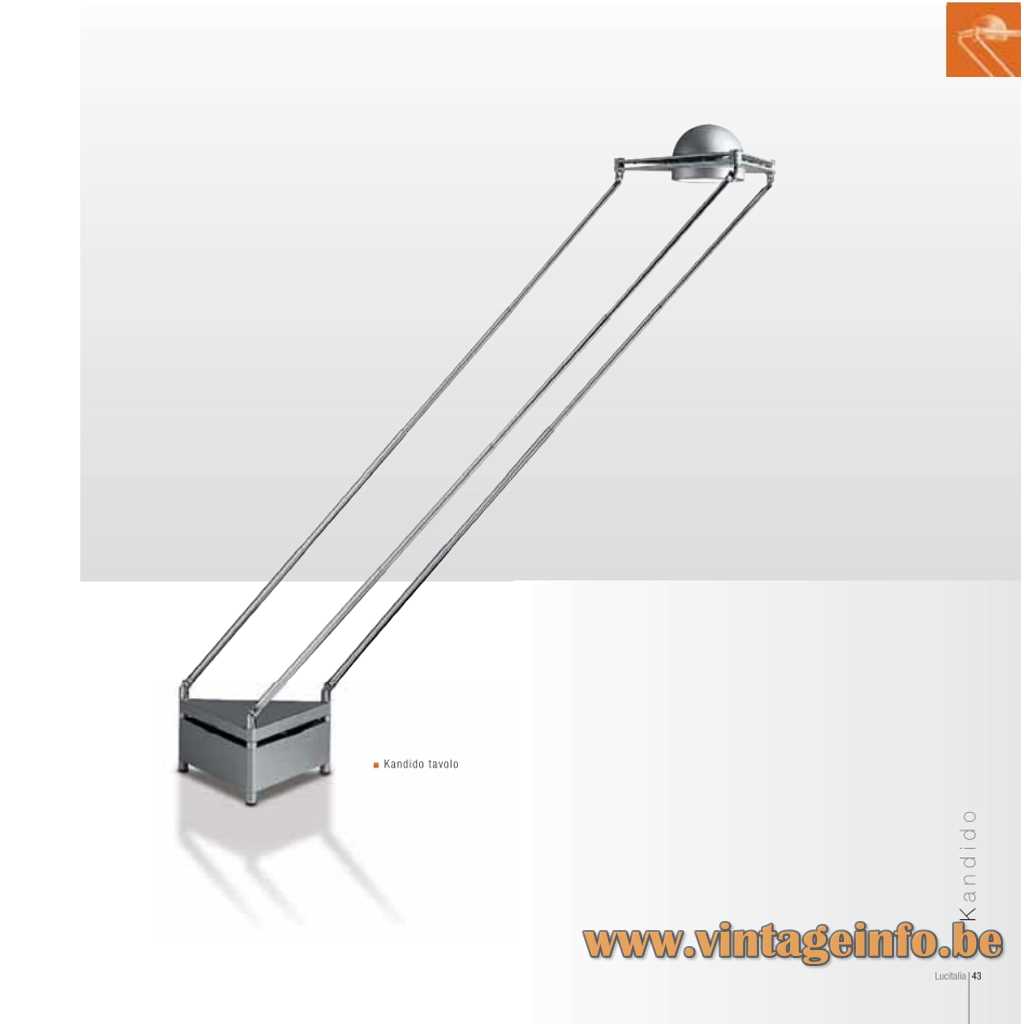 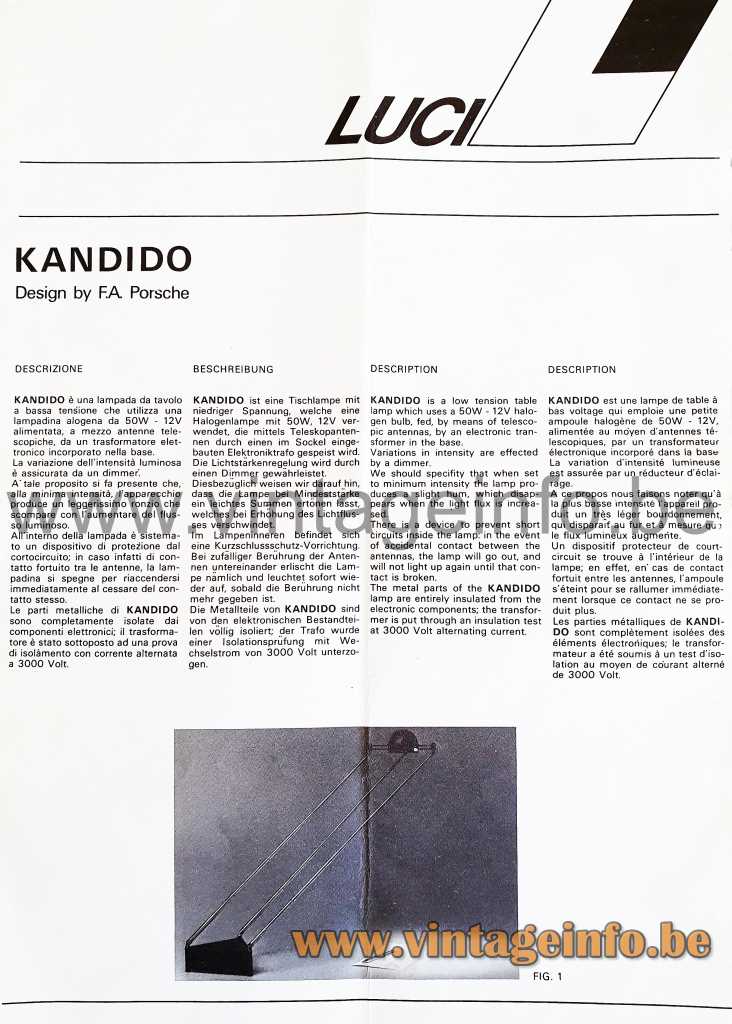 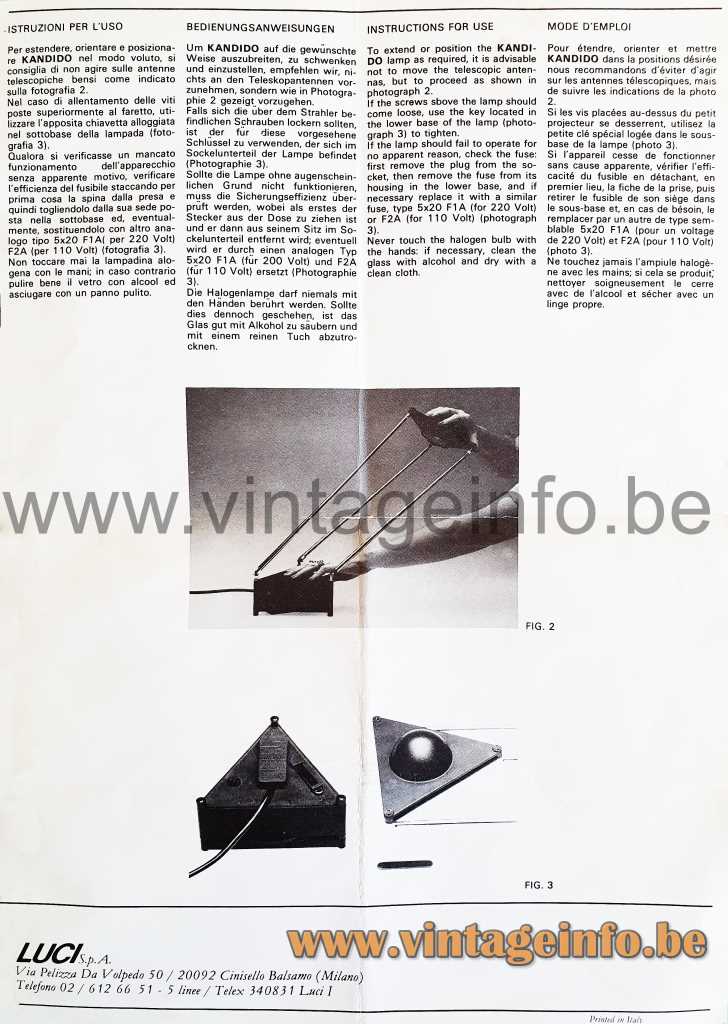