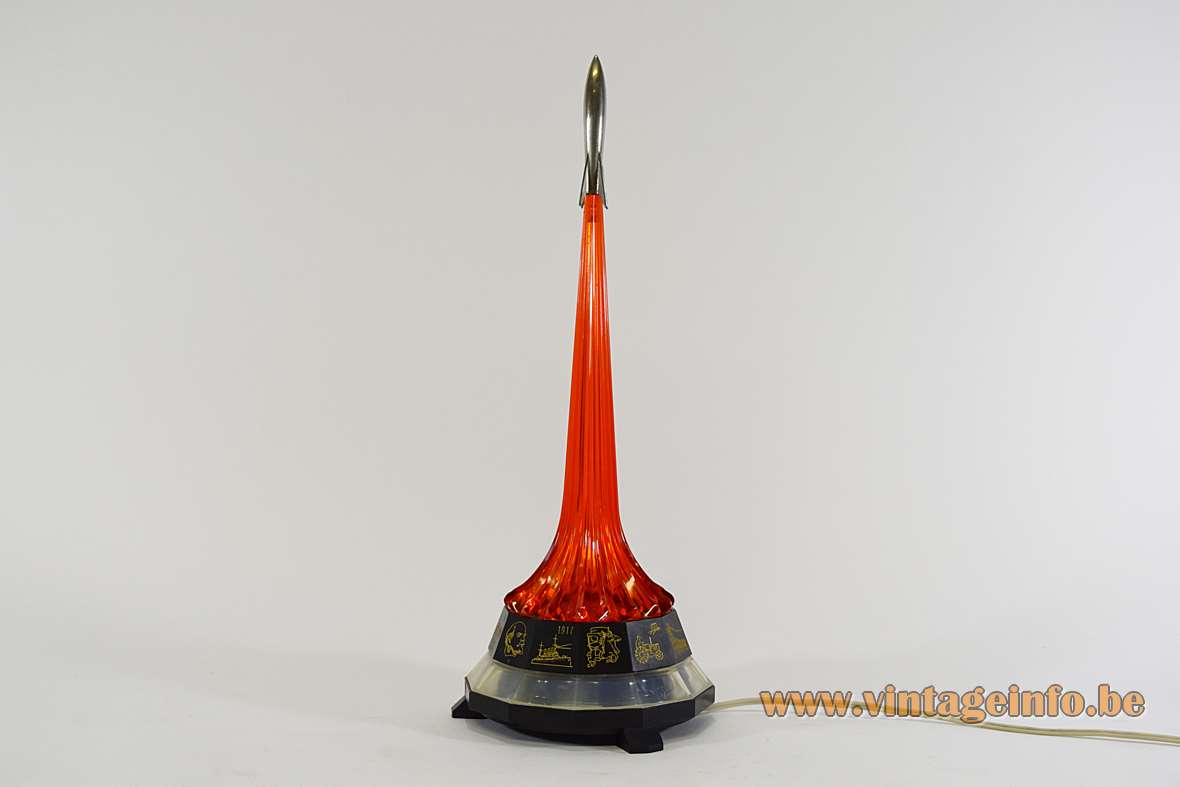 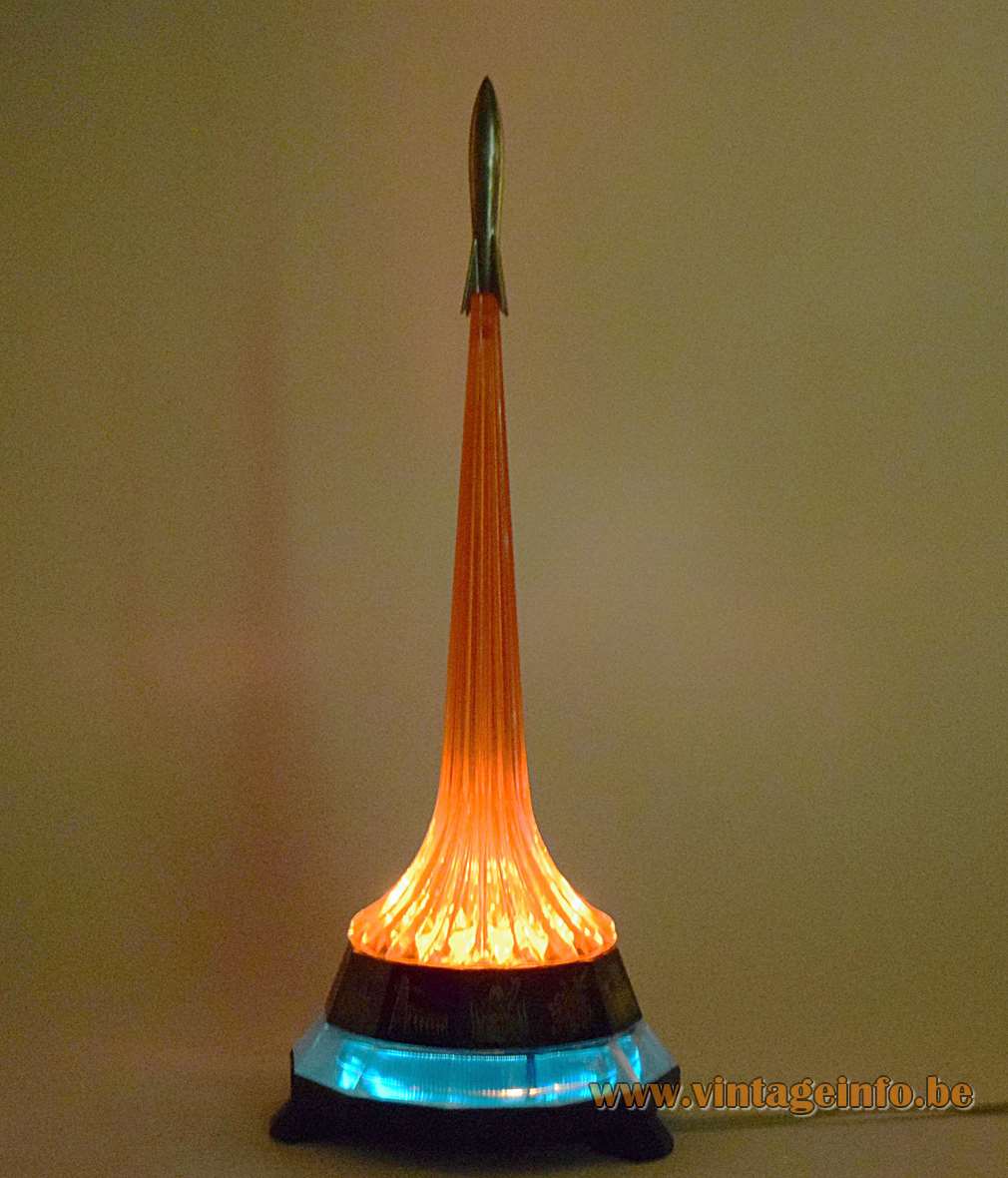 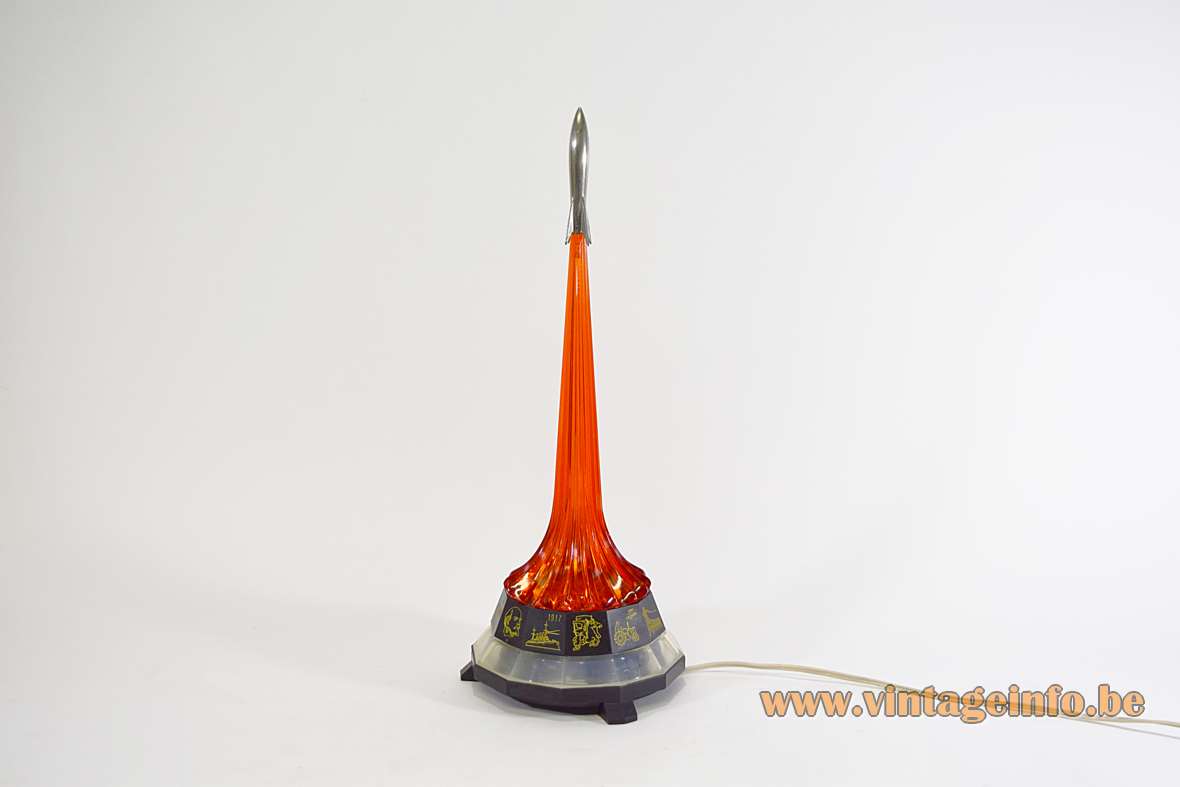 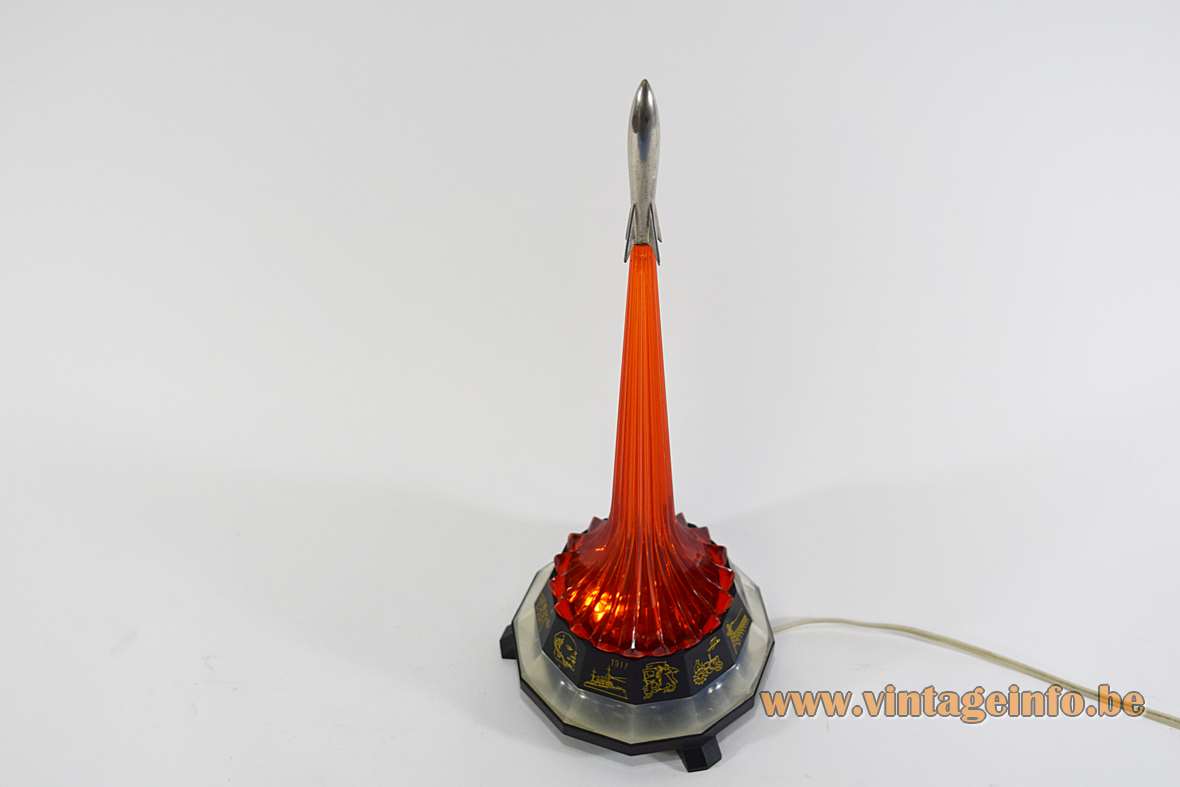 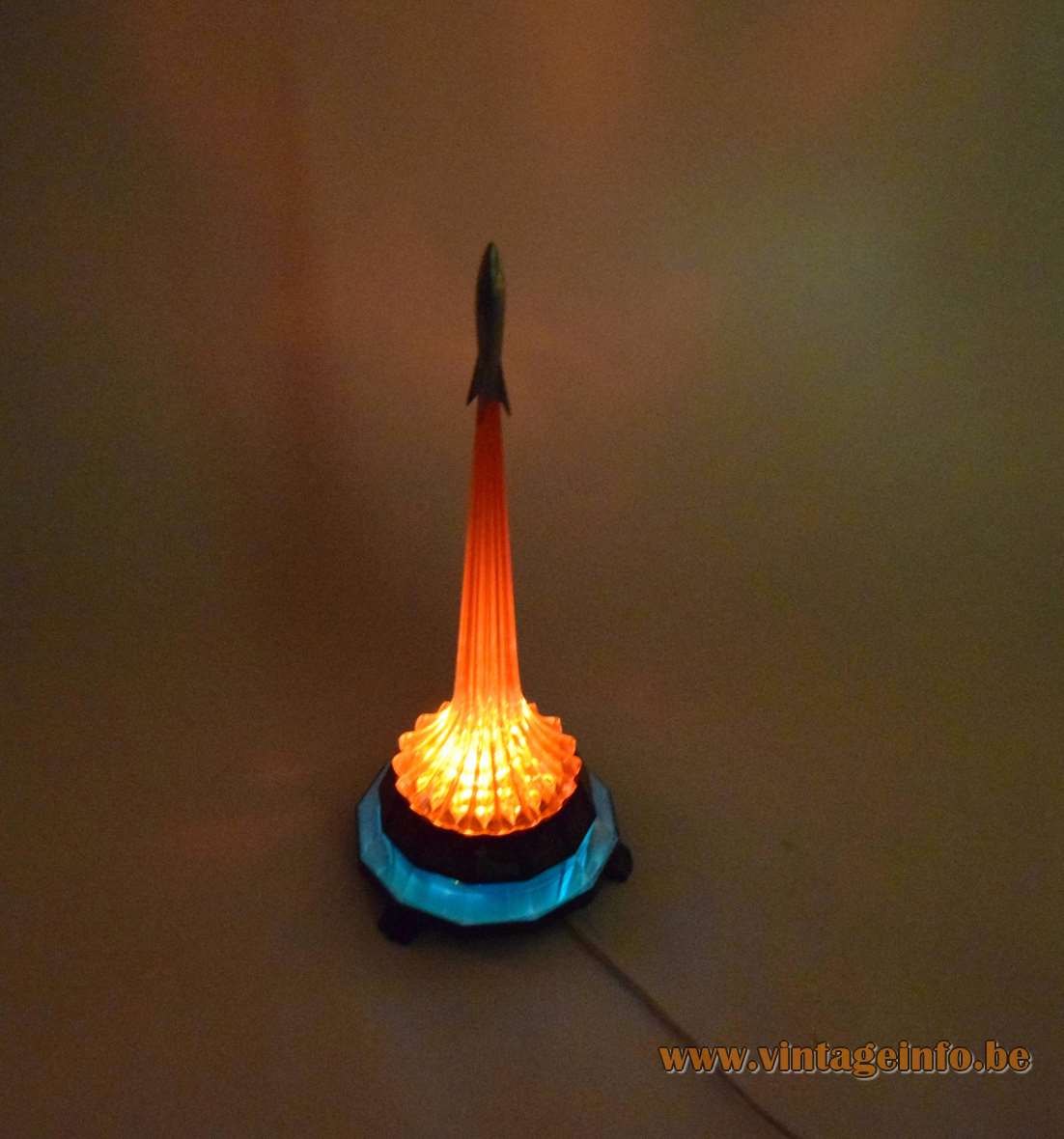 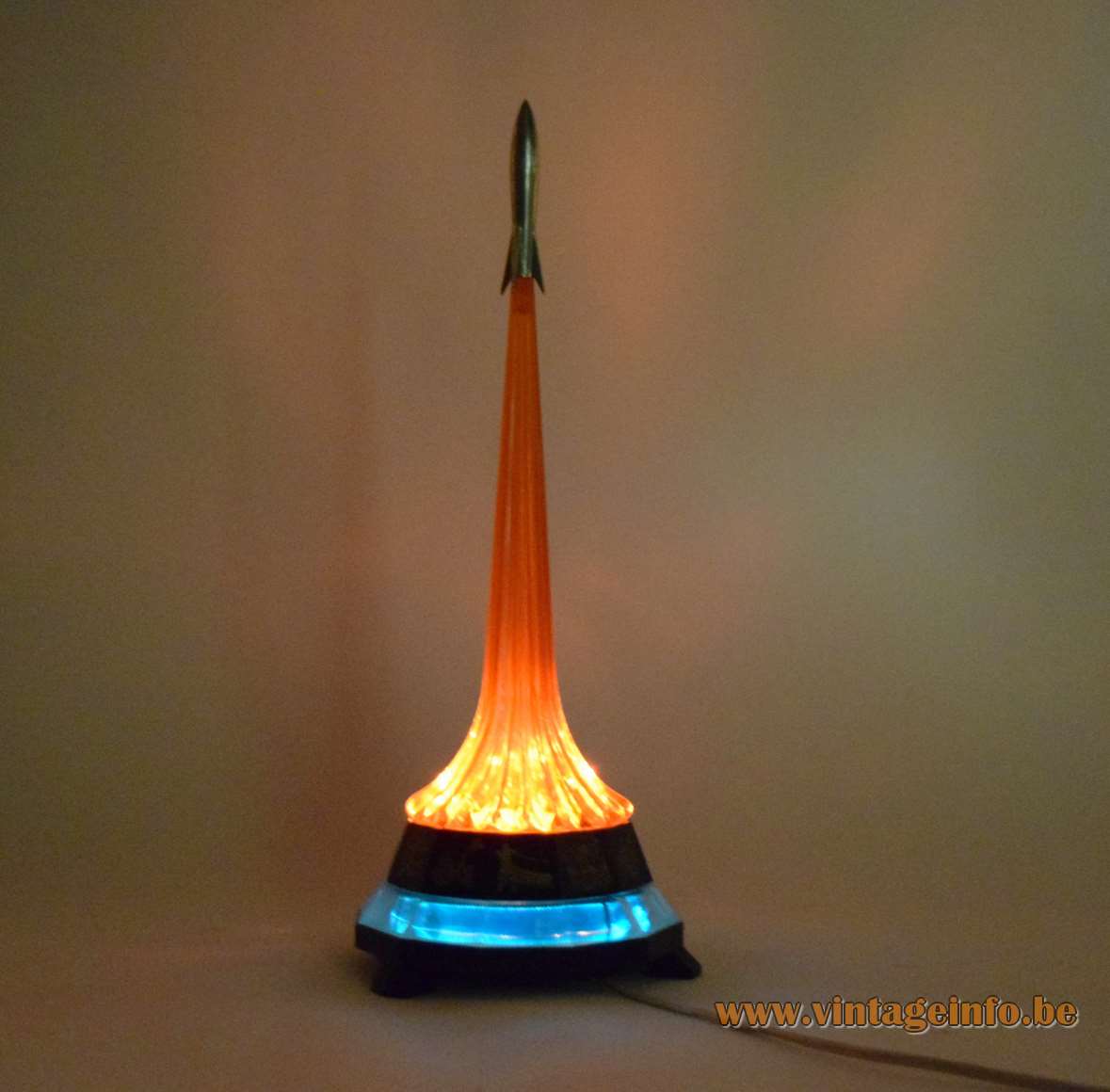 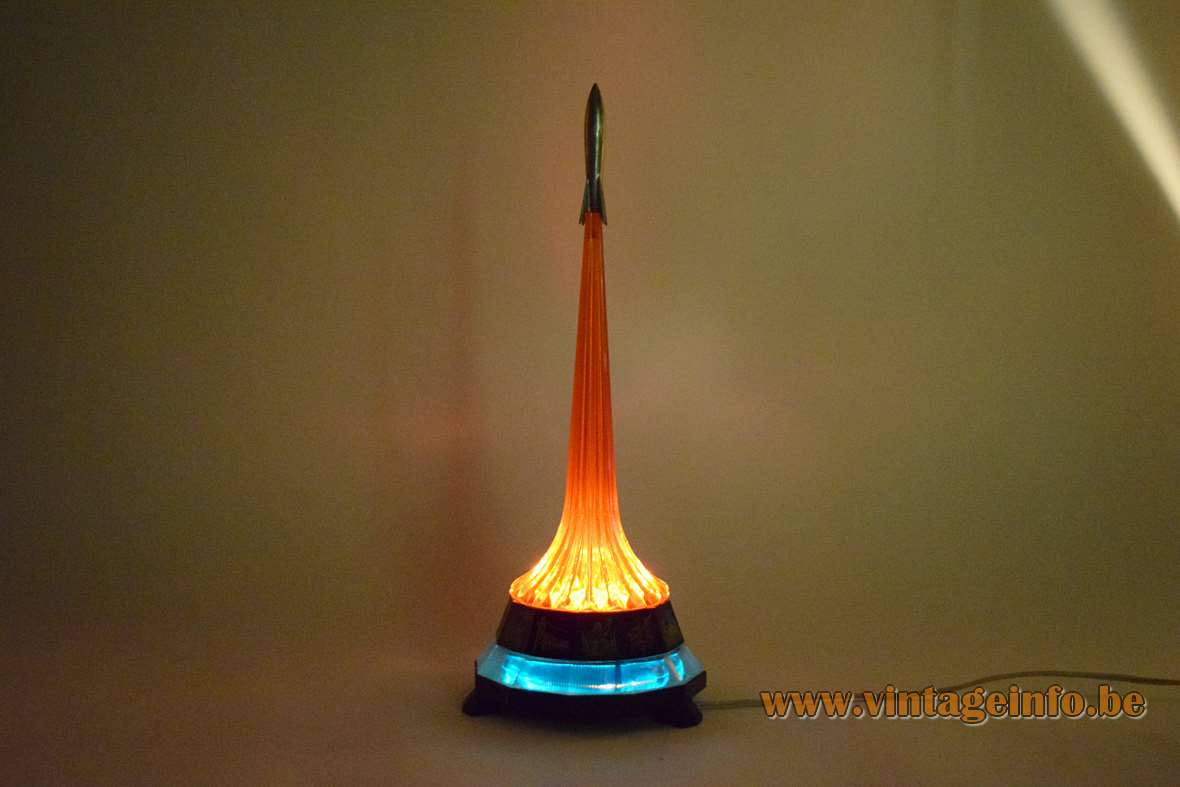 Monument to the Conquerors of Space
Moscow, Russia 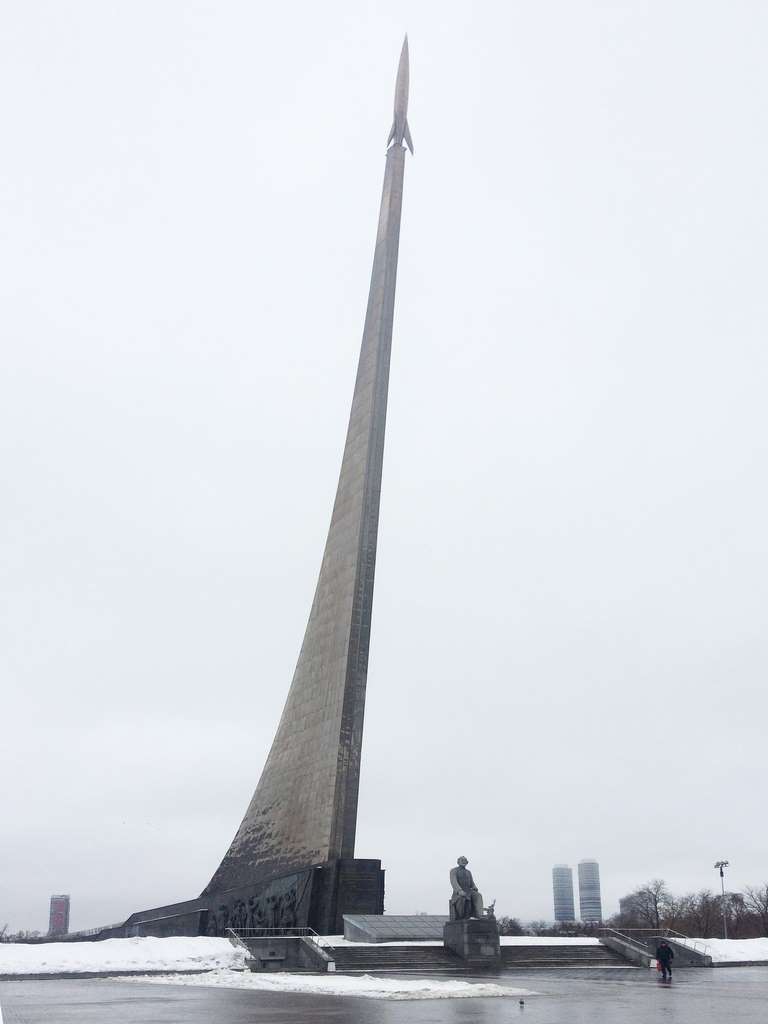 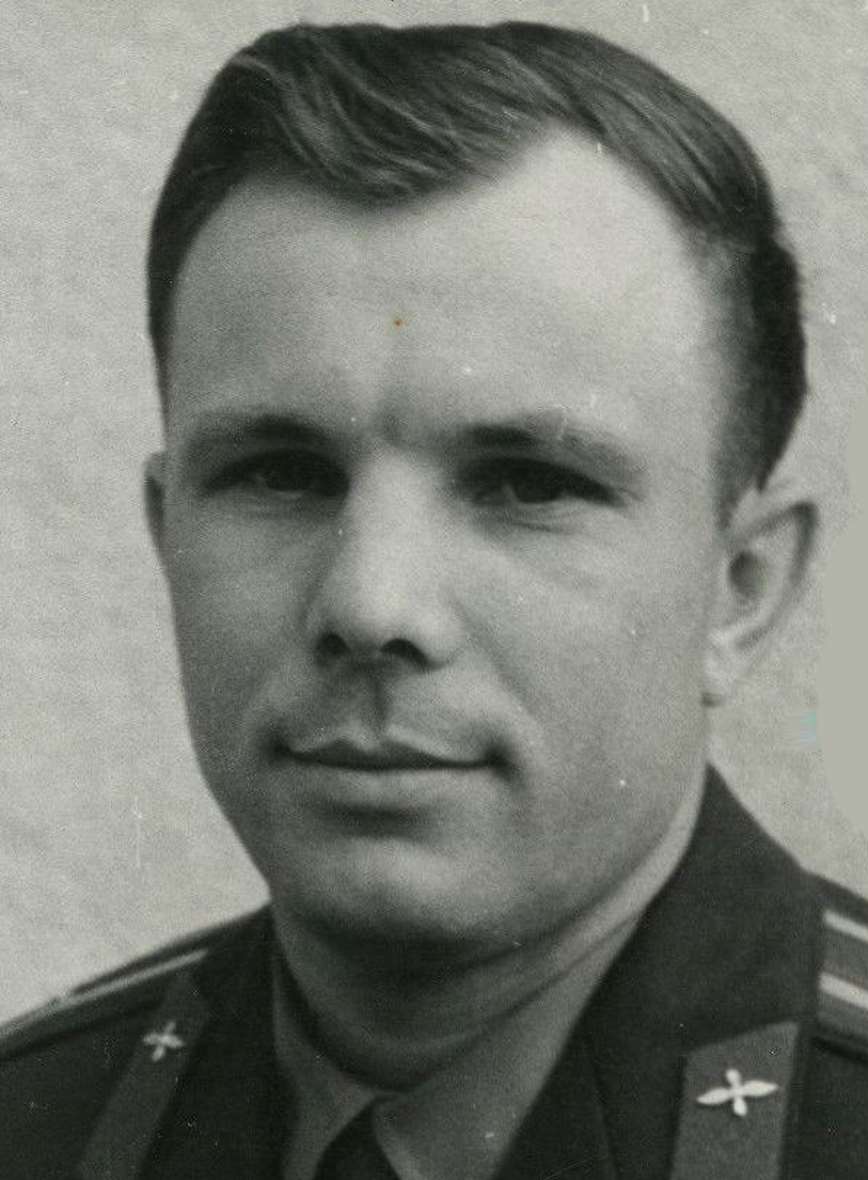 Manufacturer: To be appraised. Without any doubt a Russian state-owned company.

On the bottom of this table lamp is written ЦEHA, translated: Price. 16 00 P K. The P is Ruble the K is Kopecs. Ruble: The basic monetary unit of Russia and some other former republics of the Soviet Union, equal to 100 kopeks.

Often said that these lamps are made by Yuzhmash, but that is a rocket factory in Ukraine founded in 1954. At that time state owned by the Soviets. This lamp is made after the design of the Conquerors of Space rocket needle build in Moscow in 1964, as you can see. It is 107 meters (350 feet) tall.

Often said that this lamp was created for the 27th Congress of the Communist Party of the Soviet Union in 1986, but I could not find any proof for it. The electric parts of this lamp look much older…

This table lamp is a propaganda souvenir to celebrate Russia’s victory in outer space with the launch of the first rocket around the earth with a cosmonaut; a human passenger.

Yuri Alekseyevich Gagarin (9 March 1934 – 27 March 1968) was the first human to journey into outer space, when his Vostok spacecraft completed an orbit around the Earth on 12 April 1961.

Monument to the Conquerors of Space – Wikipedia

27th Congress of the Communist Party of the Soviet Union – Wikipedia 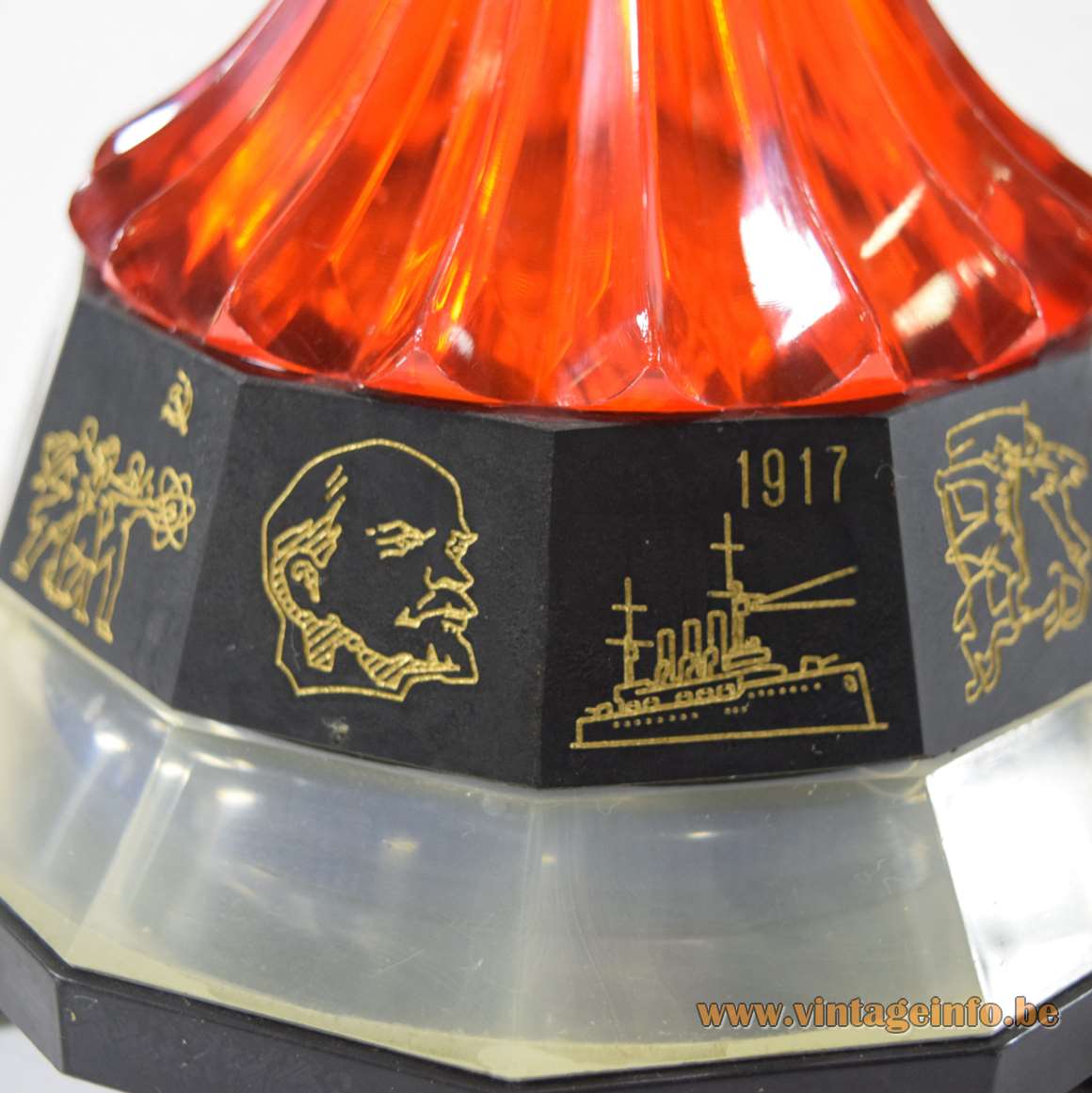 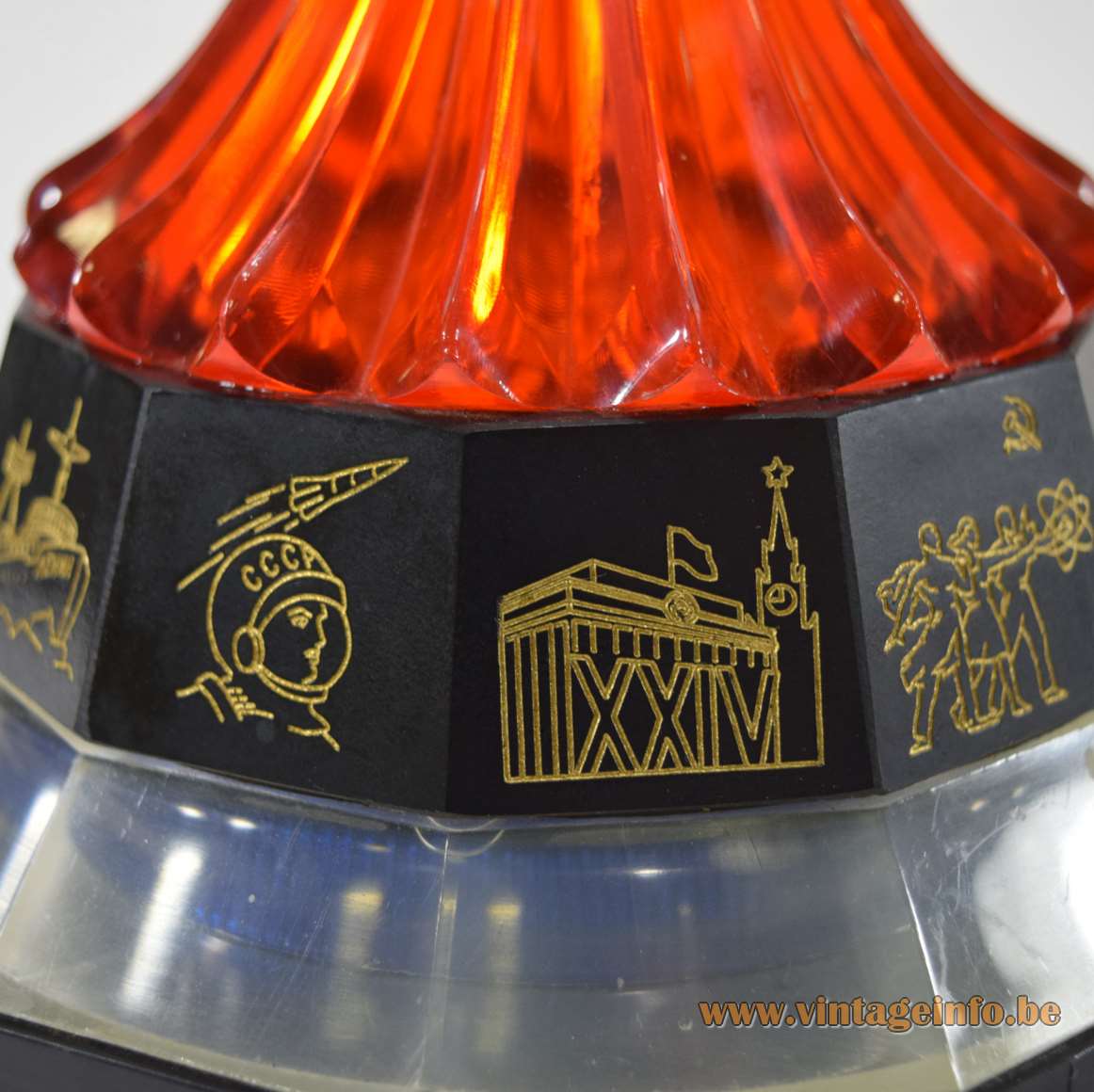 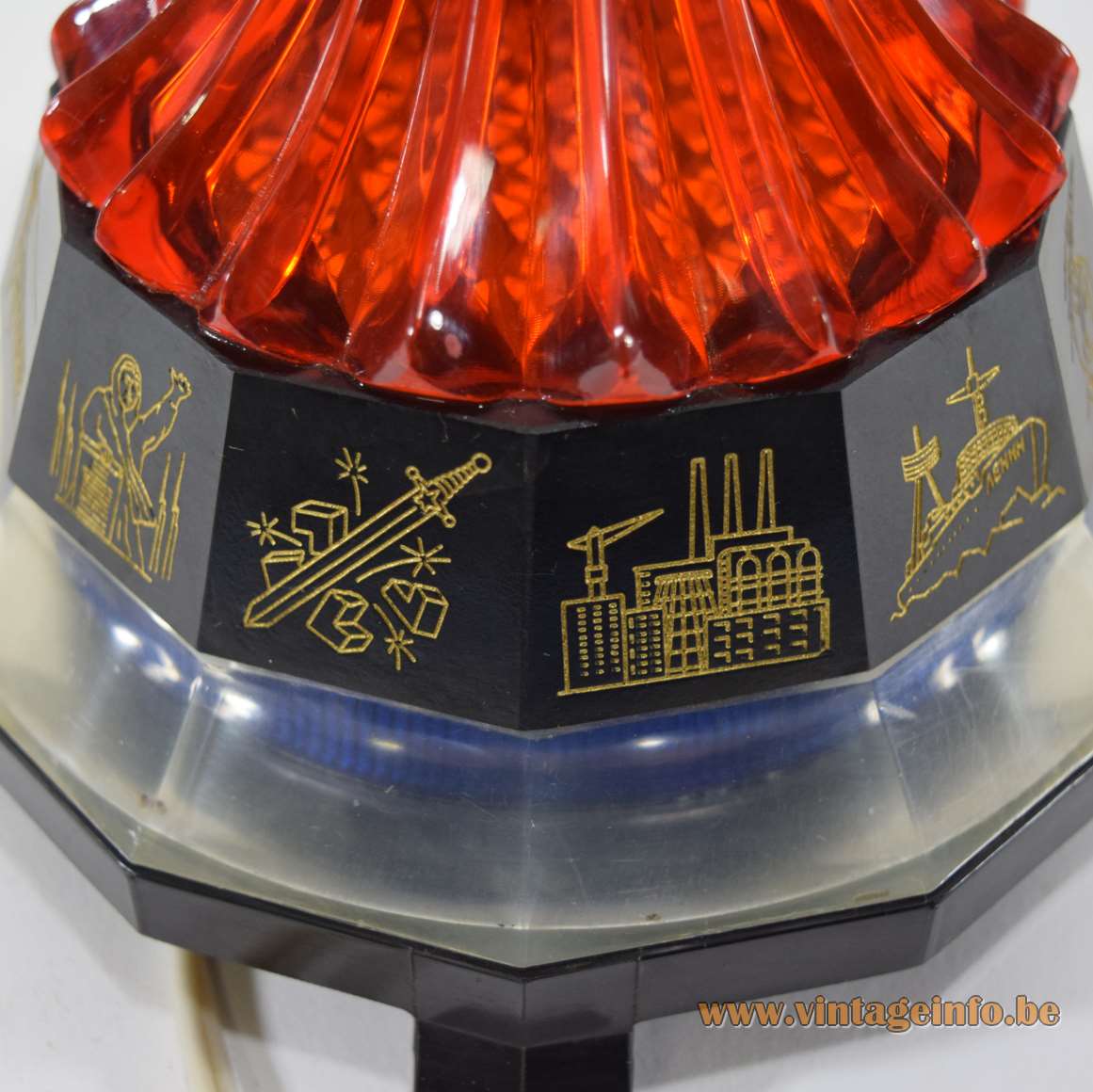 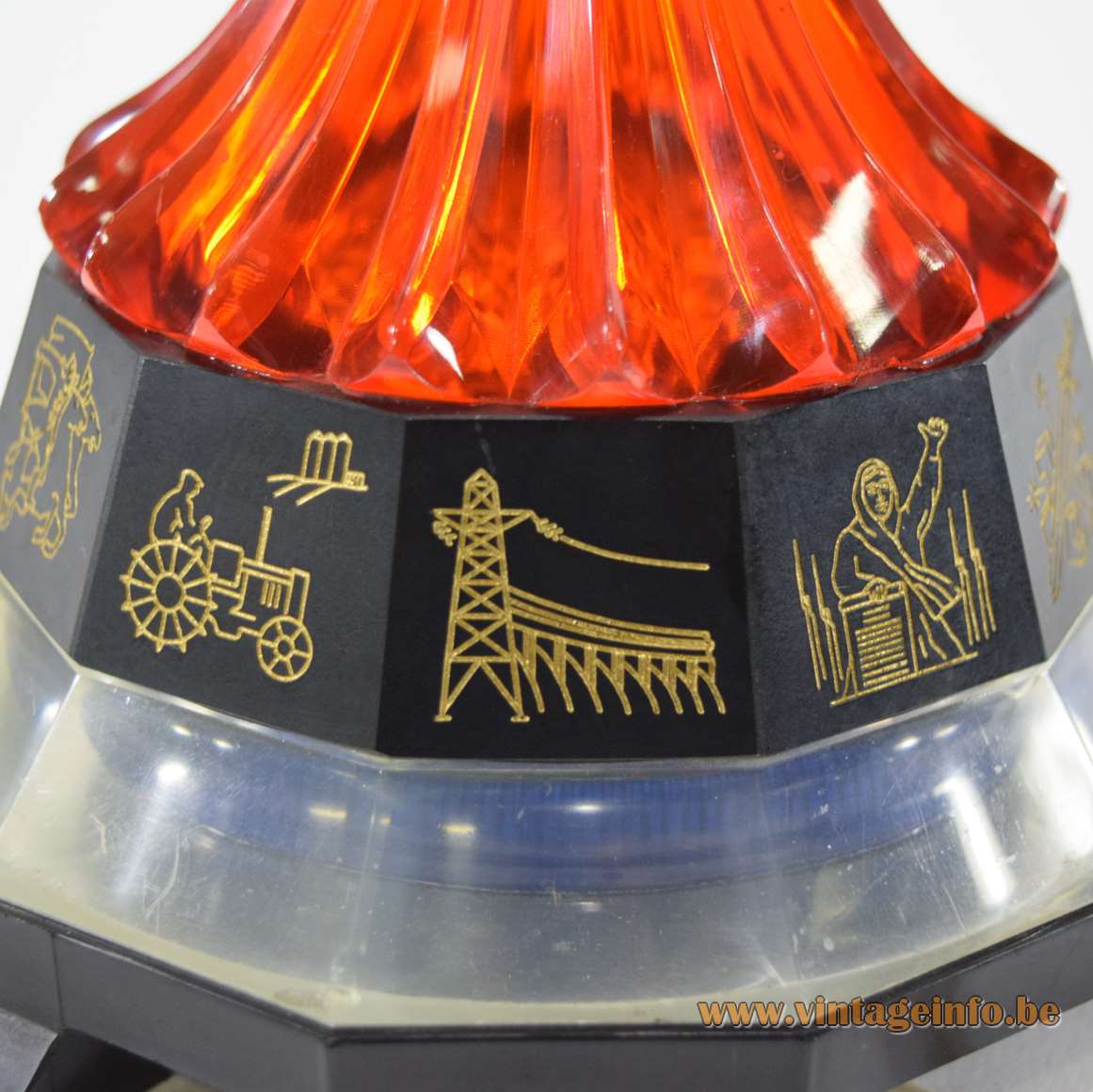 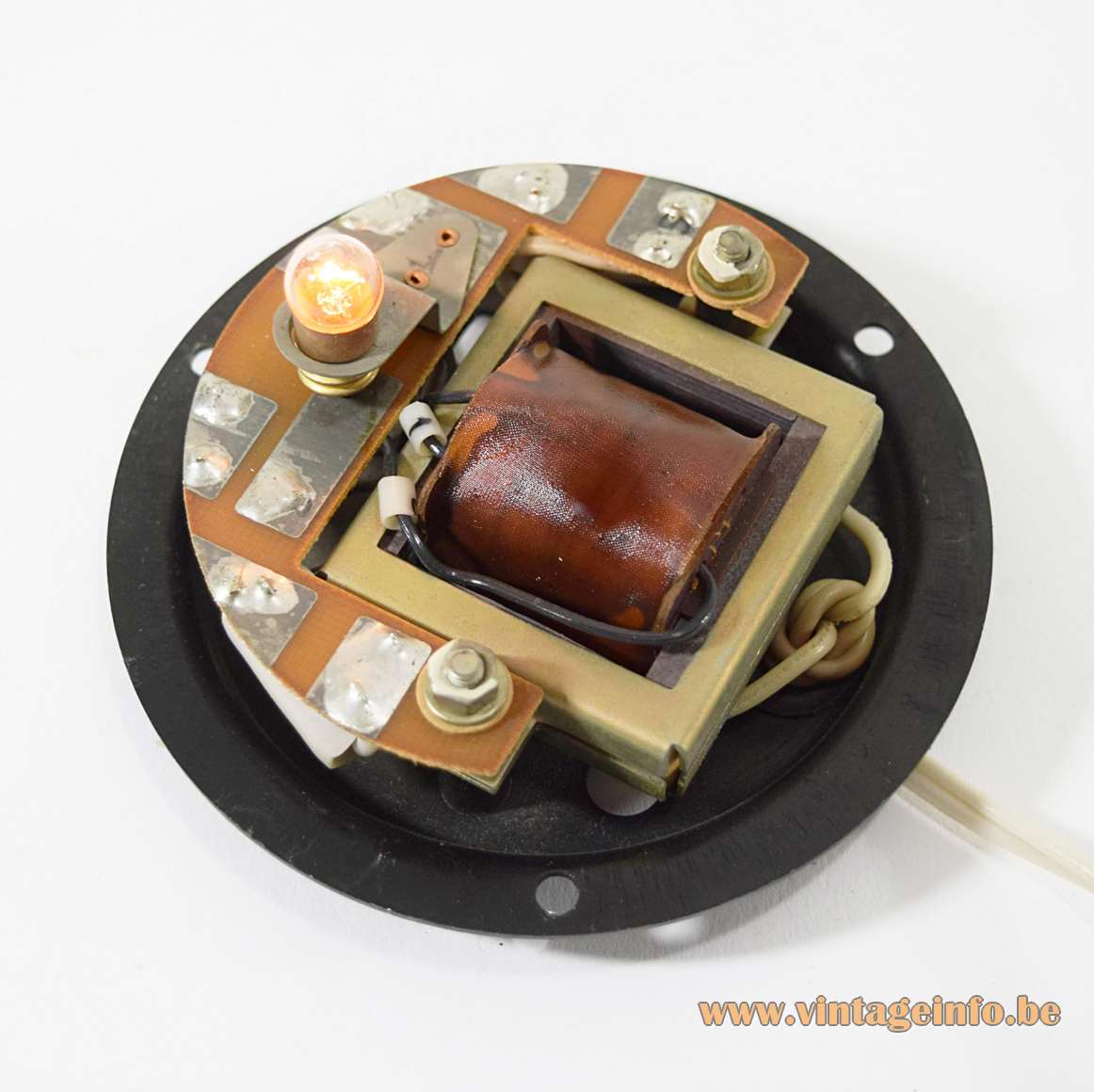 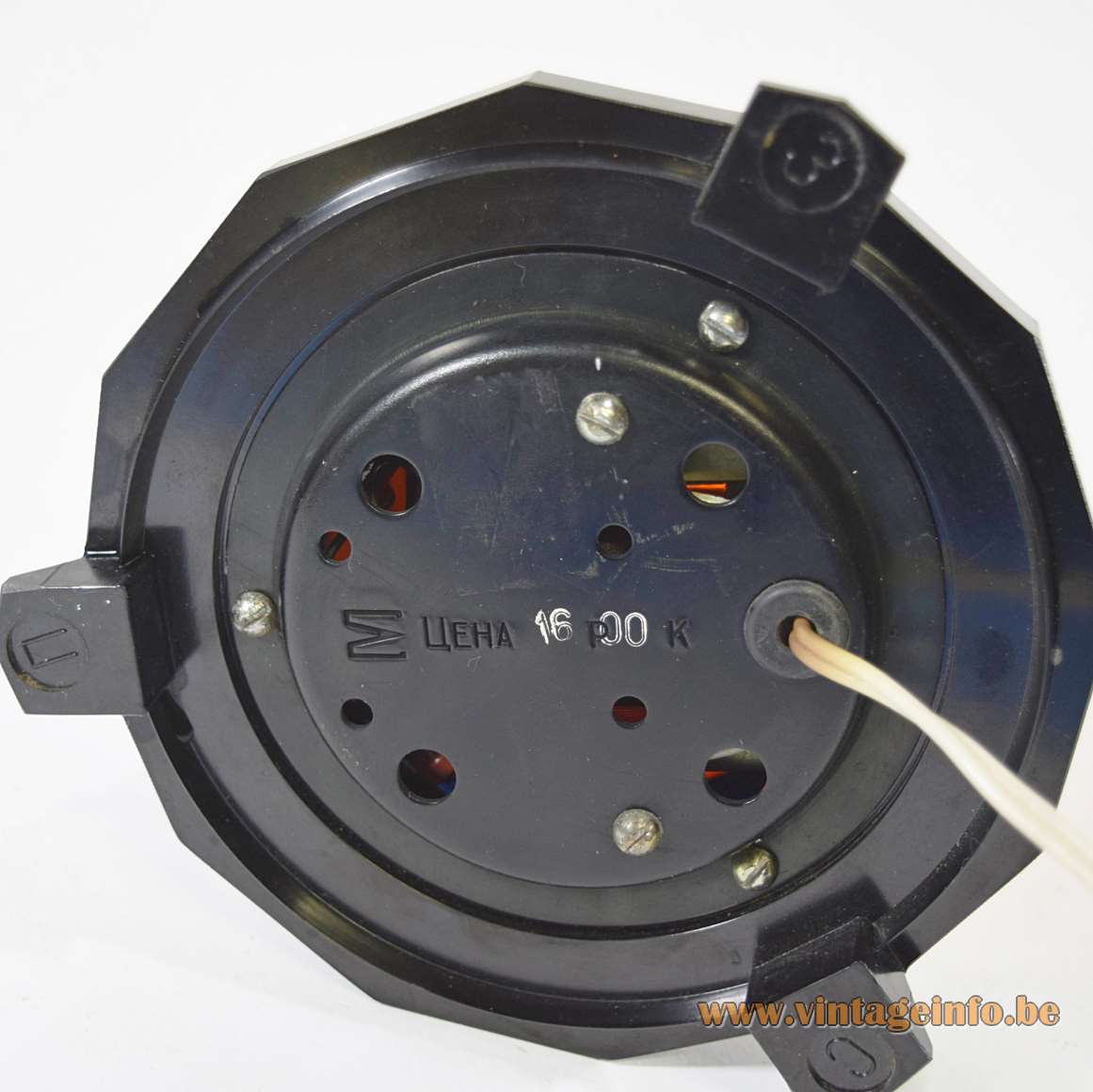