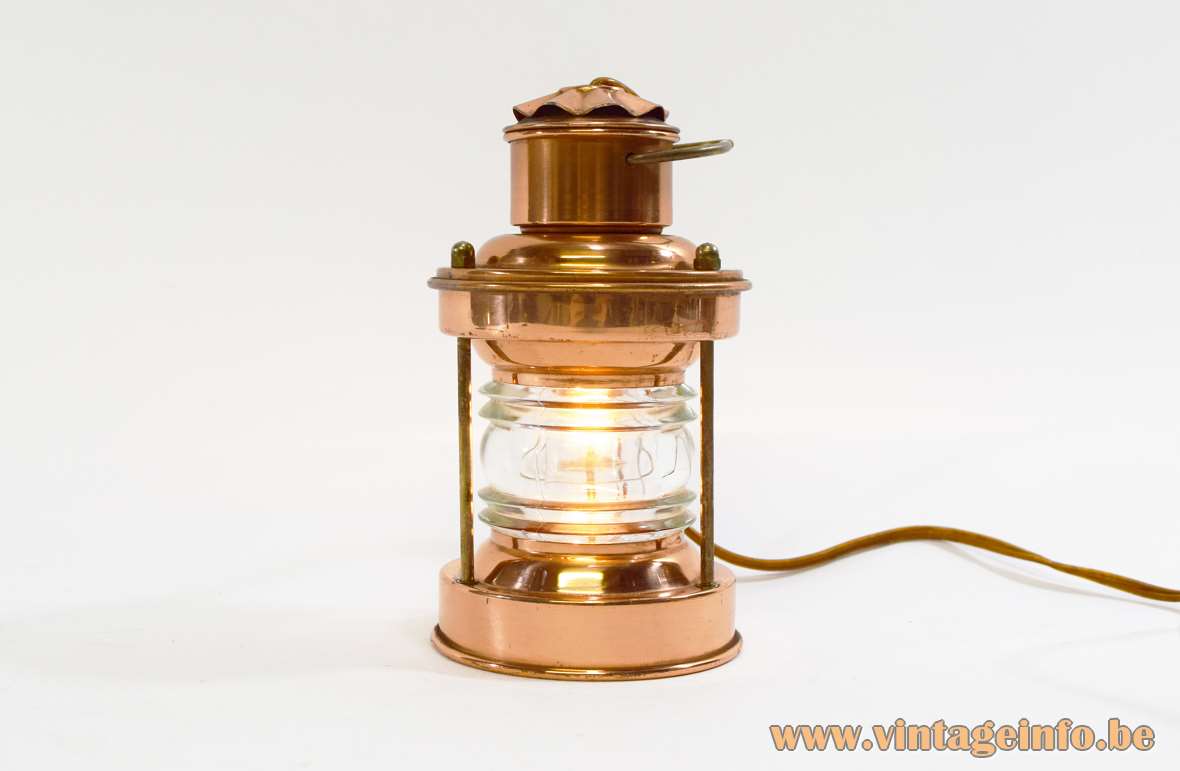 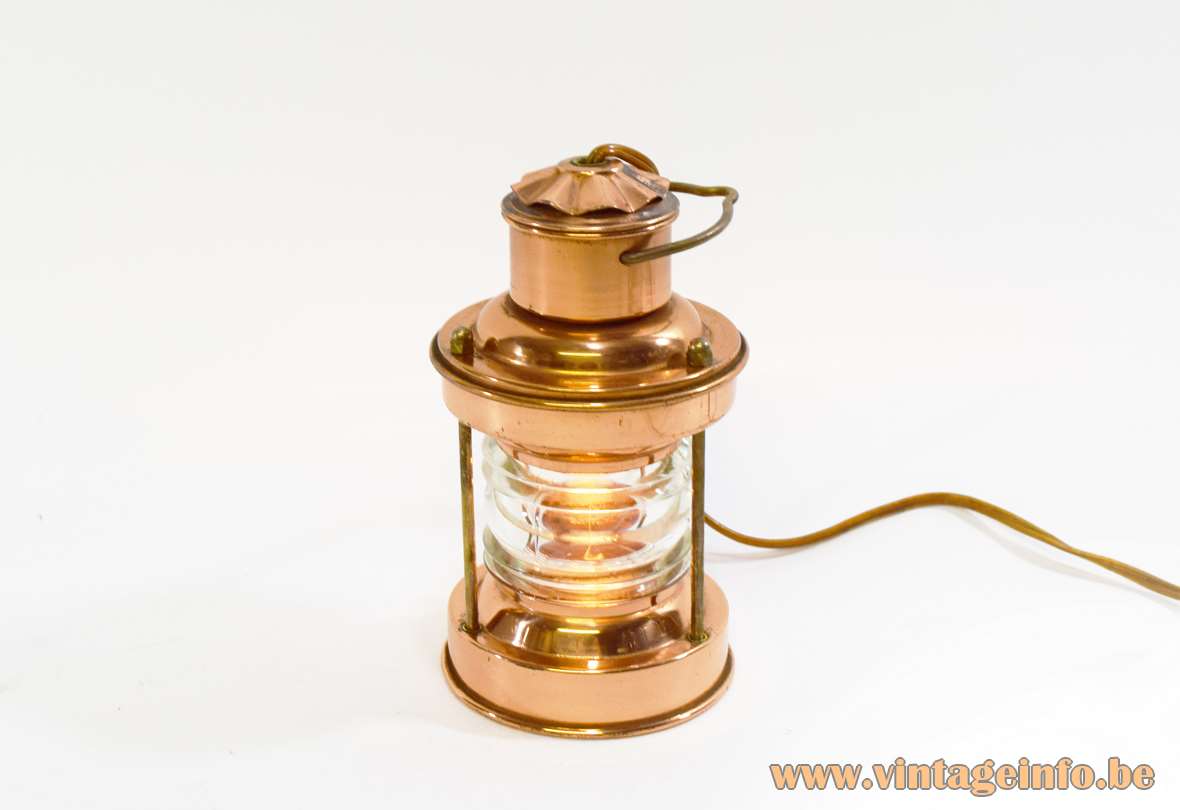 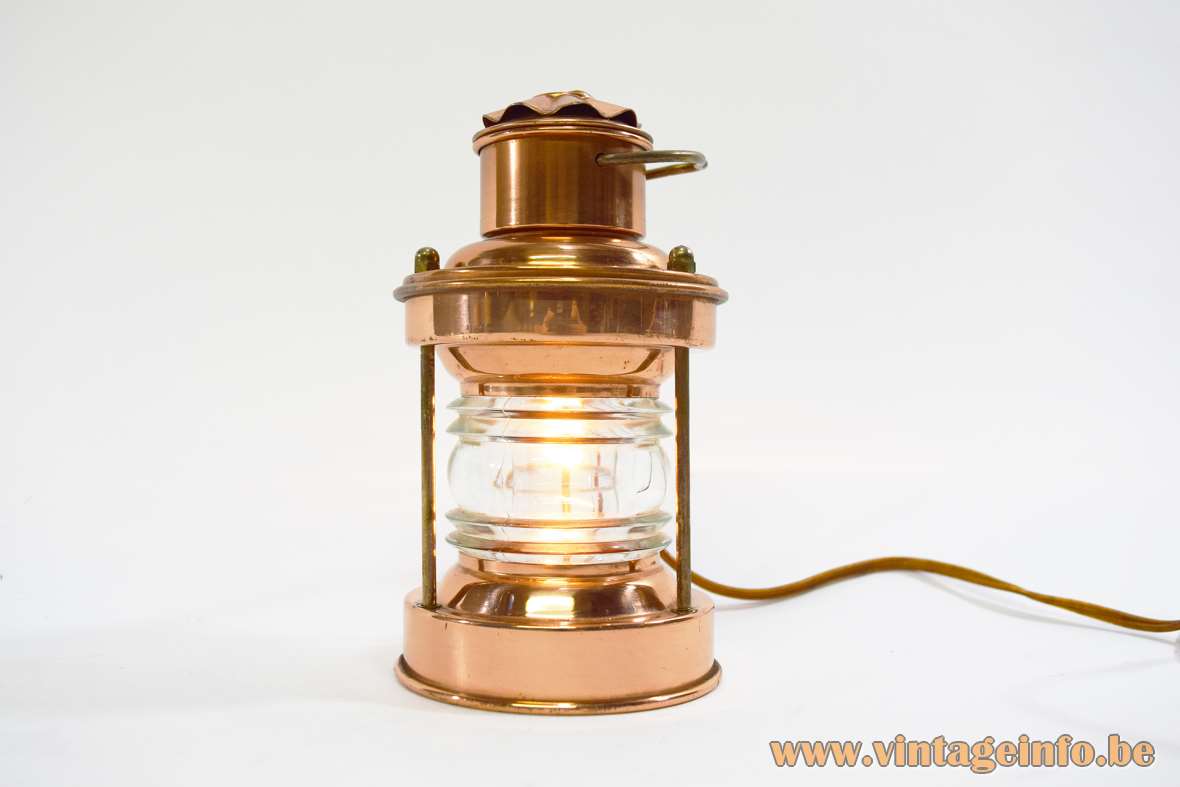 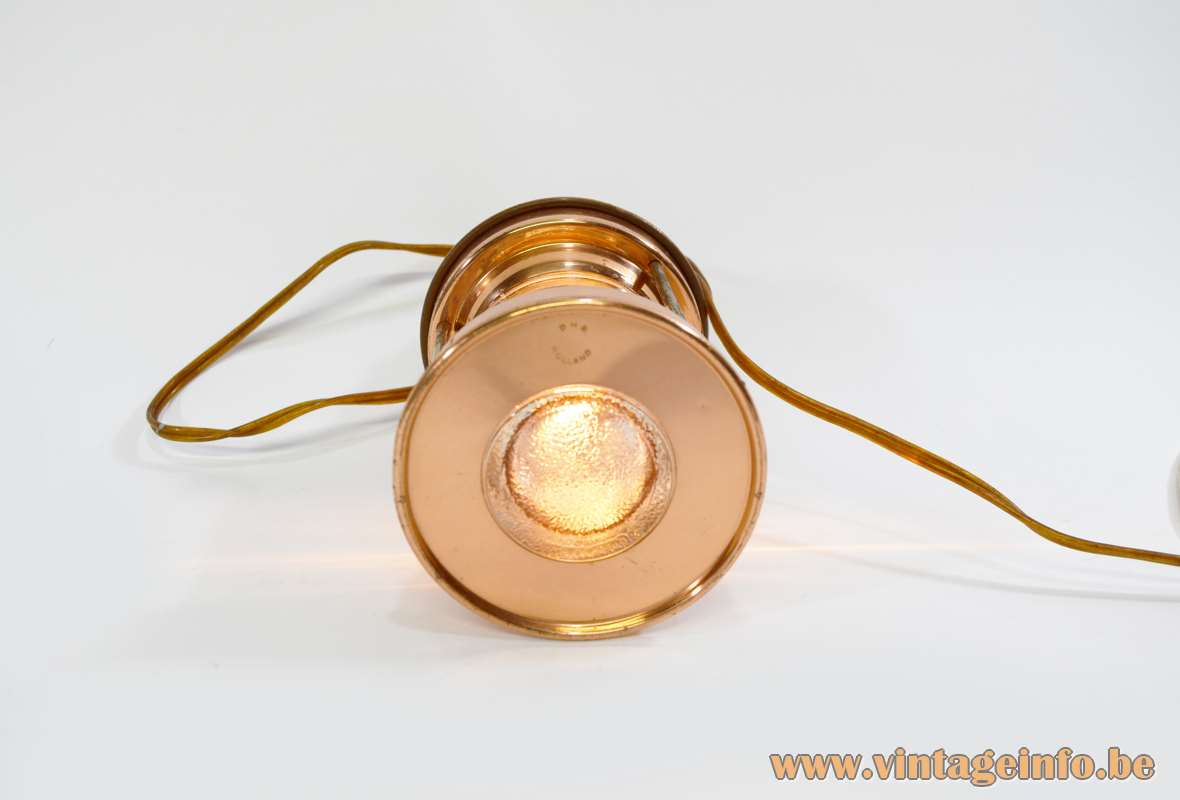 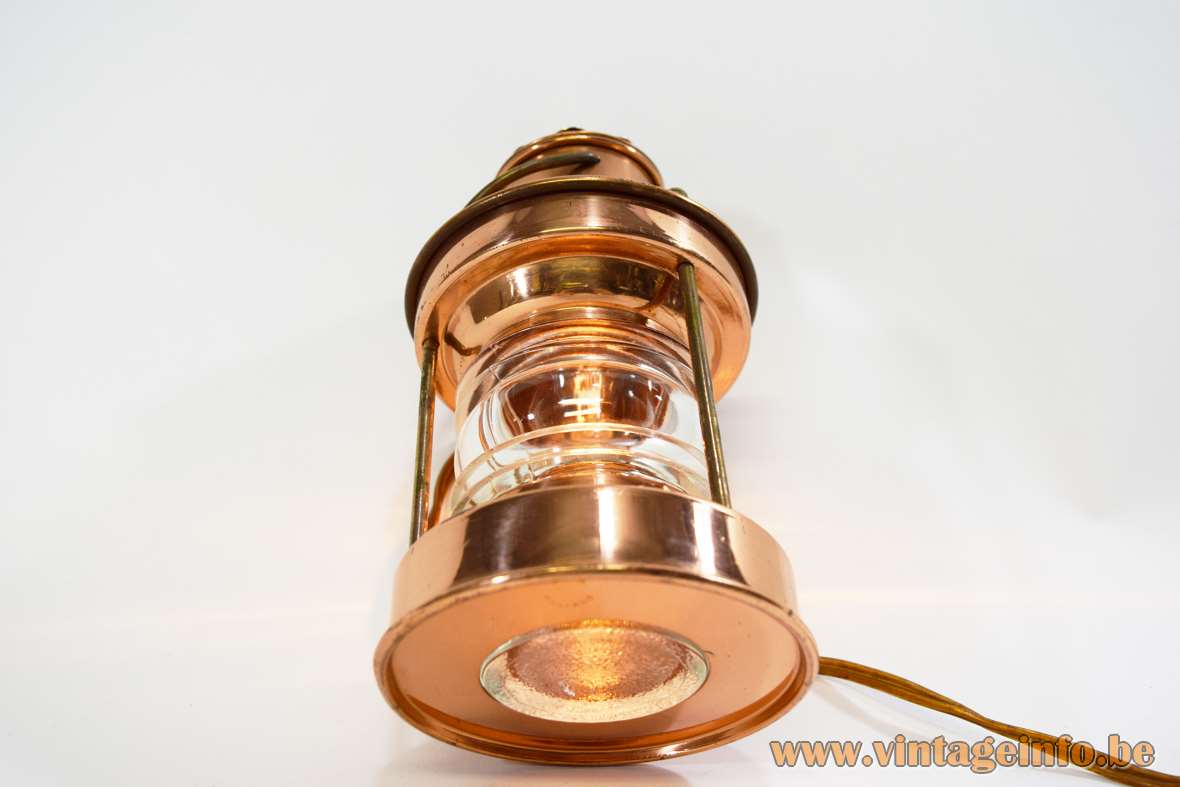 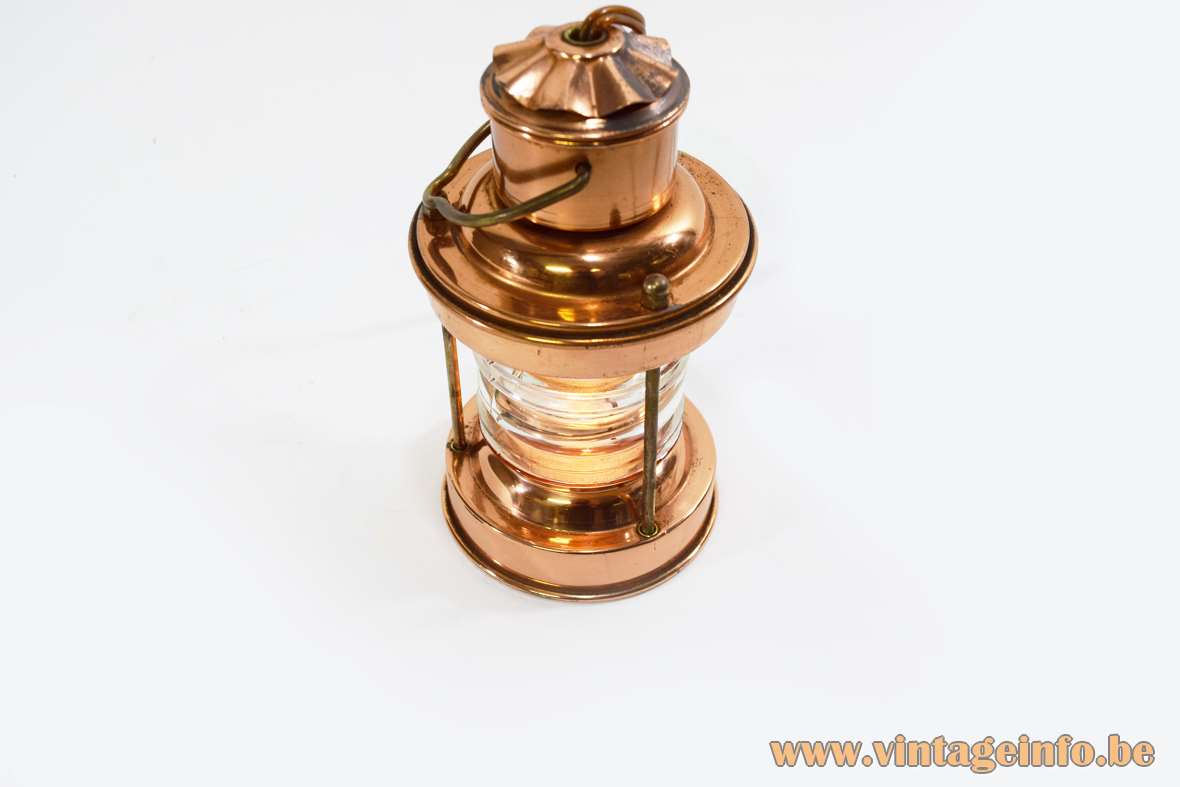 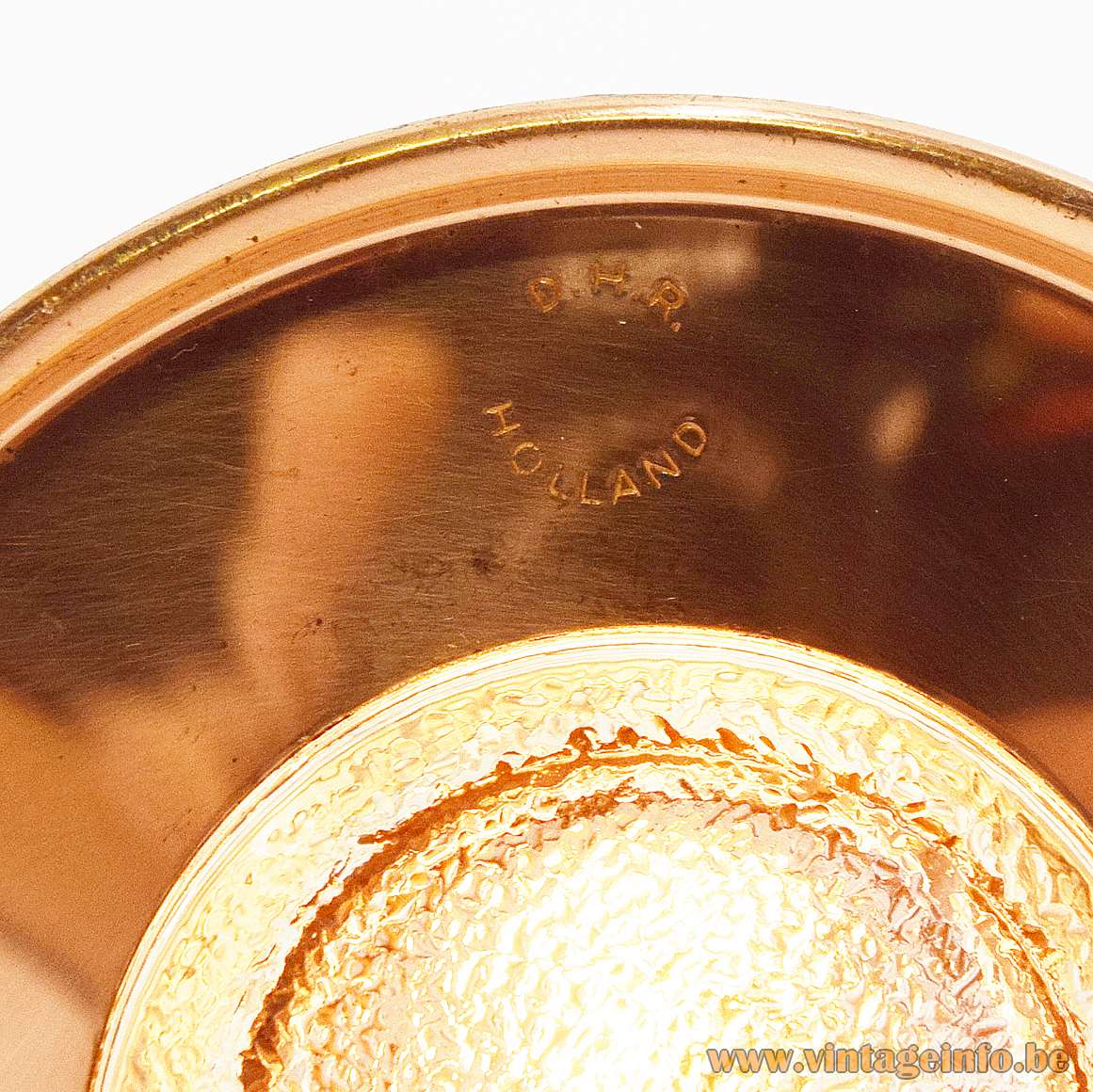 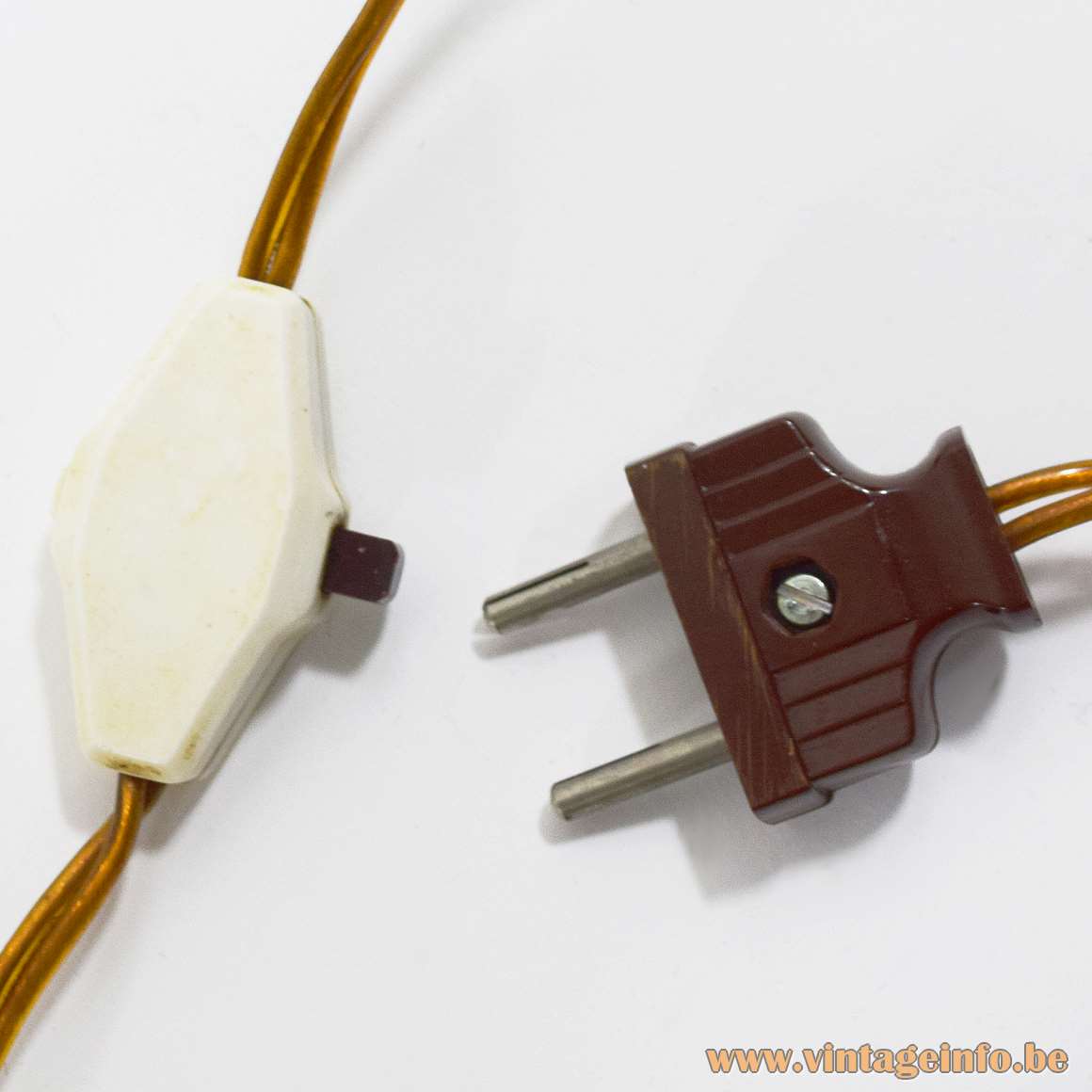 Other models: This Ankerlantaarn table lamp exists in several variations. You can find them on their website.

Den Haan Rotterdam B.V. is a family business and was founded in 1922 by Marinus den Haan. The company started as a tinsmith workshop of 65 m² in Zalmhaven, Rotterdam, The Netherlands.

The company moved several times during the years. Today they are located in Capelle Aan den IJsel, some 10 km (6,2 miles) away from the original location that was destroyed during the beginning of World War II.

Promptly after the war D.H.R. was approached by Americans with the question of whether the company’s navigation lanterns could also be polished for export. At that time, in the U.S. arose a huge demand for nautical products to decorate hotels, restaurants, pubs and houses. A lot of Americans, most of them soldiers, had come to Europe by boat. And they were charmed by the memory of the trip and the camaraderie.

D.H.R. was the only company in Europe that started to polish their lanterns. The competition never did it. It gave a huge revenue increase and generated money to invest in the machine park.

The company created decorative ships lanterns after designs they found in museums an books. And so this lantern was born, a creation by the two sons of Marinus den Haan: Marinus Jr. and Cees. It became a huge success. In origin it were only oil lanterns. So this one is a home crafted example.

It led to the disappearance of most colleagues’ ship lantern makers. There are only 3 left in Europe. Also worldwide there are a few. The production of these decorative products continues, but not comparable to those of the 1960s.

Today, the company is still a manufacturer of navigation lights, floodlights, searchlights and air horns for shipping. Also decorative copper and brass oil lamps are still made. Their products are sold in the whole world.

A full and complete history of the company can be found on their website.

Many thanks to Mario den Haan for his enlightening information about this lamp and his company.