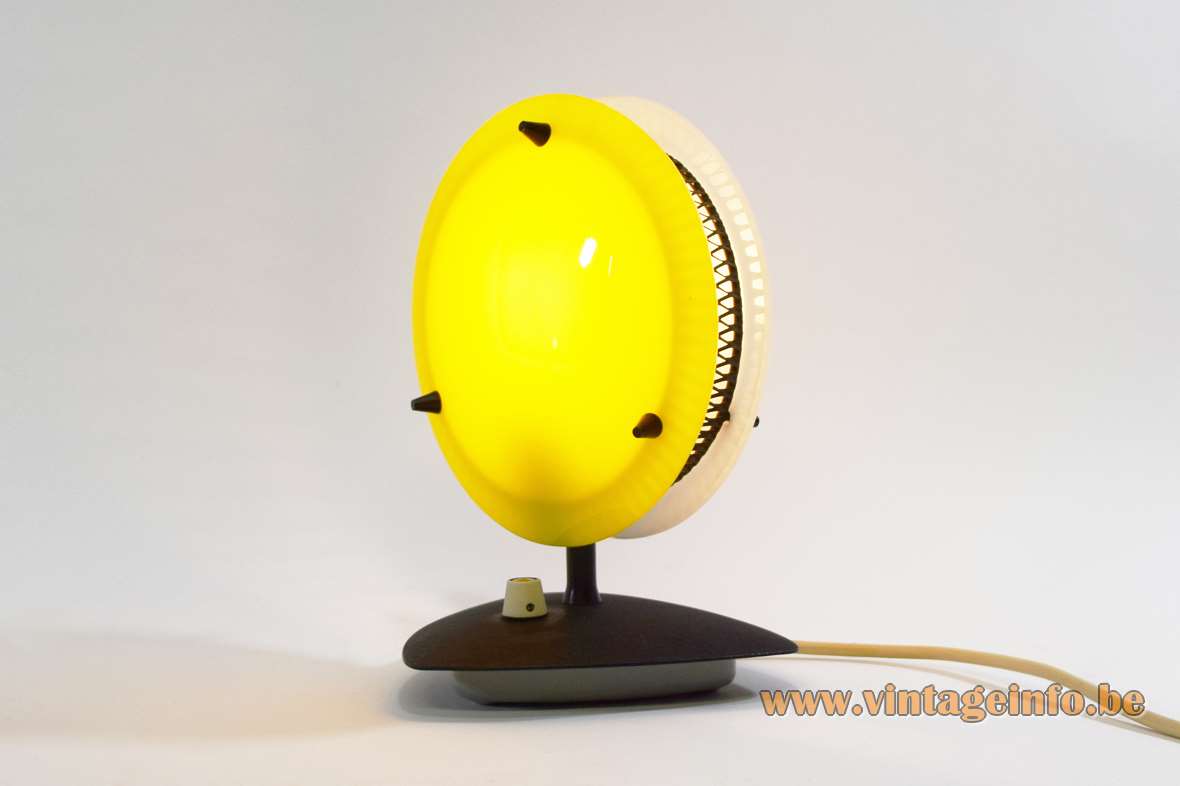 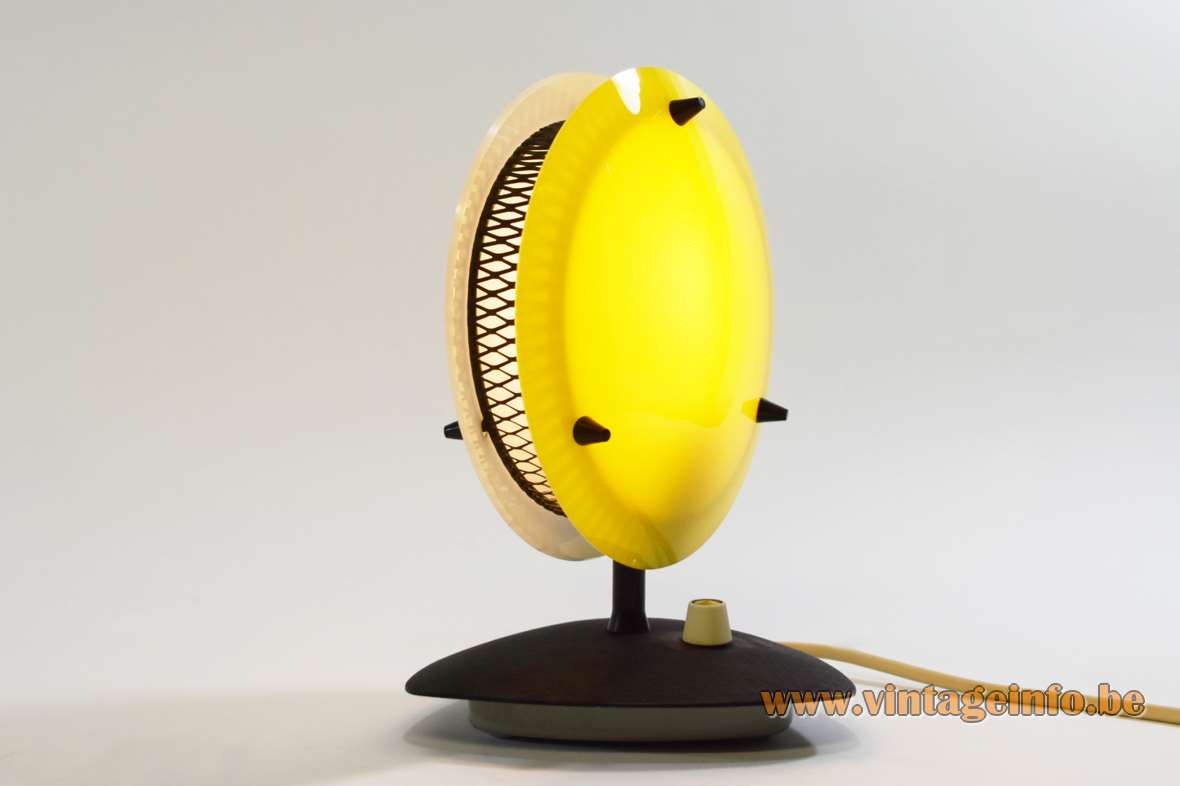 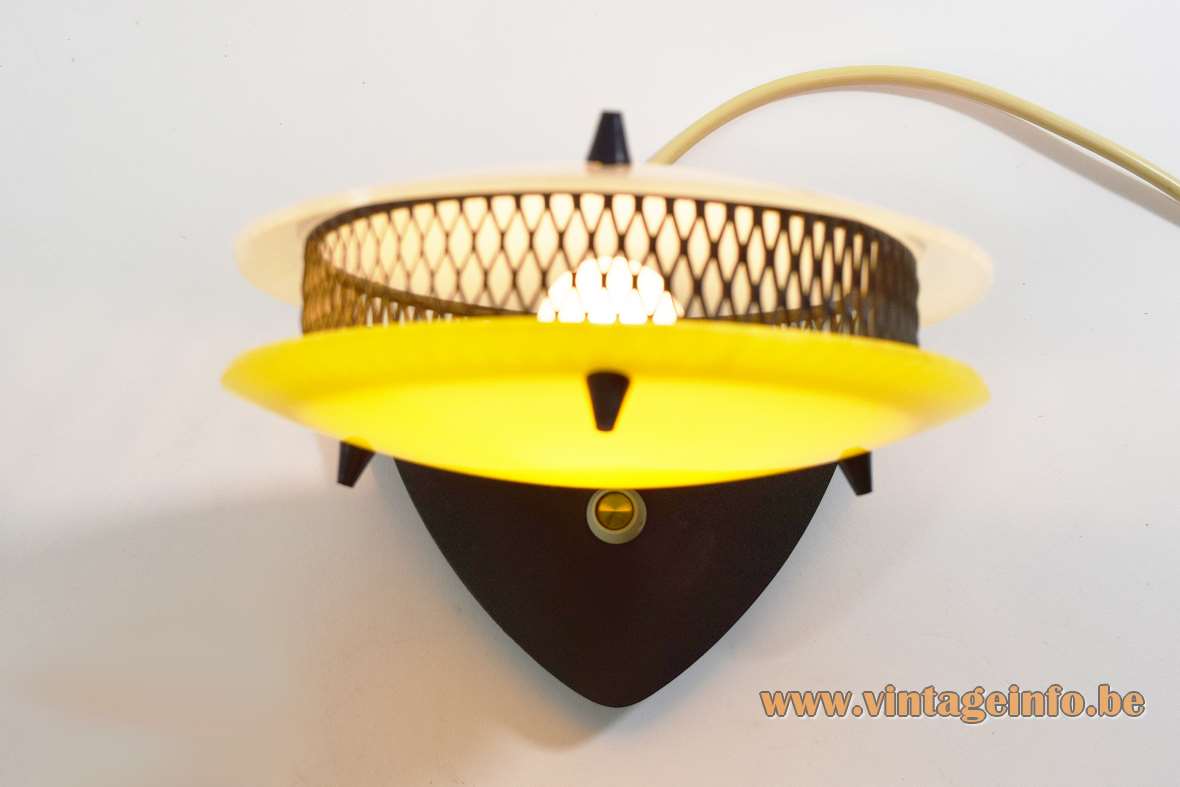 Other versions: This Télé Ambiance table lamp was also made with two white discs and a grey painted base. The ornamental screws are chromed. Also a gilded version exists. Made in several colours (orange, red, pink, and also with a different gaze in between the two discs. A triangle and a square version were also produced. Made with a round base. Also wall lamps were made.

In Germany the long gone companies Sonnenkind and Carra Leuchten also sold these lamps. Sometimes you find them with a label.

Many lamps were made with the text “Télé-Ambiance” engraved in the bottom. Lamps with a different base were also produced. In all probability Télé-Ambiance was the brands name. The company was located in Paris. Below you find a different lamp with the same text engraved.

This lamp is typical for the late 1950s, early 1960s. The plug was made by VLM Components in the 1960s but it is in all probability not original. You find this lamp with several different plugs.

These table lamps were known as TV-lamps because they were made to place on top of a black and white TV to give some contrast light. Some brands of TV’s had these lamps built-in. The Belgium SBR (Société Belge Radio) was such a company, they made it standard in every television.

Lamps with dimmers from that period are very rare. Dimmers were mostly to big and made of several coils. Since the 1960s the small TRIAC is used for the same purpose (triode for alternating current).

Lies about this table lamp on the internet

Gino Sarfatti‘s chandelier number 2072 from 1953 produced by Arteluce has some similarities. 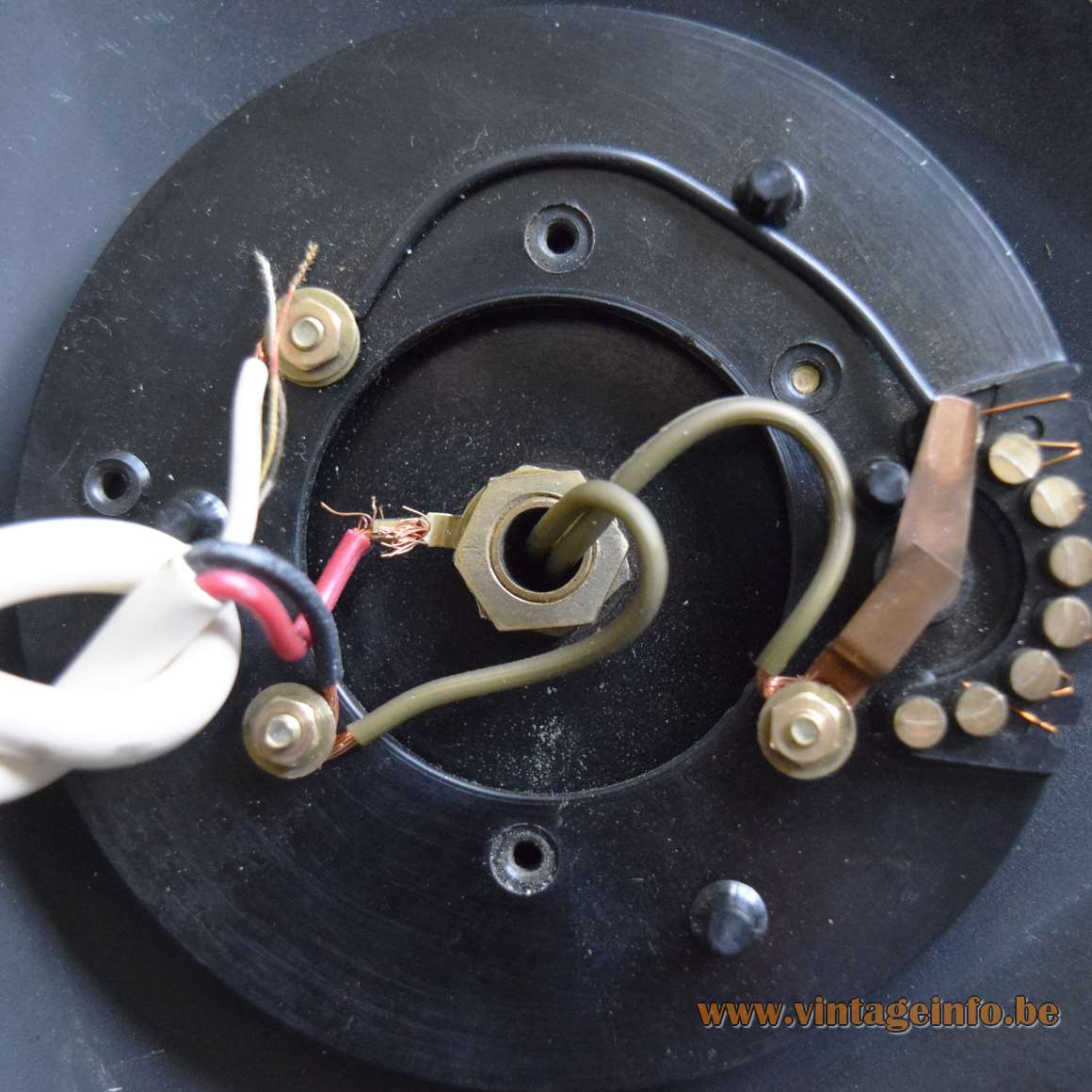 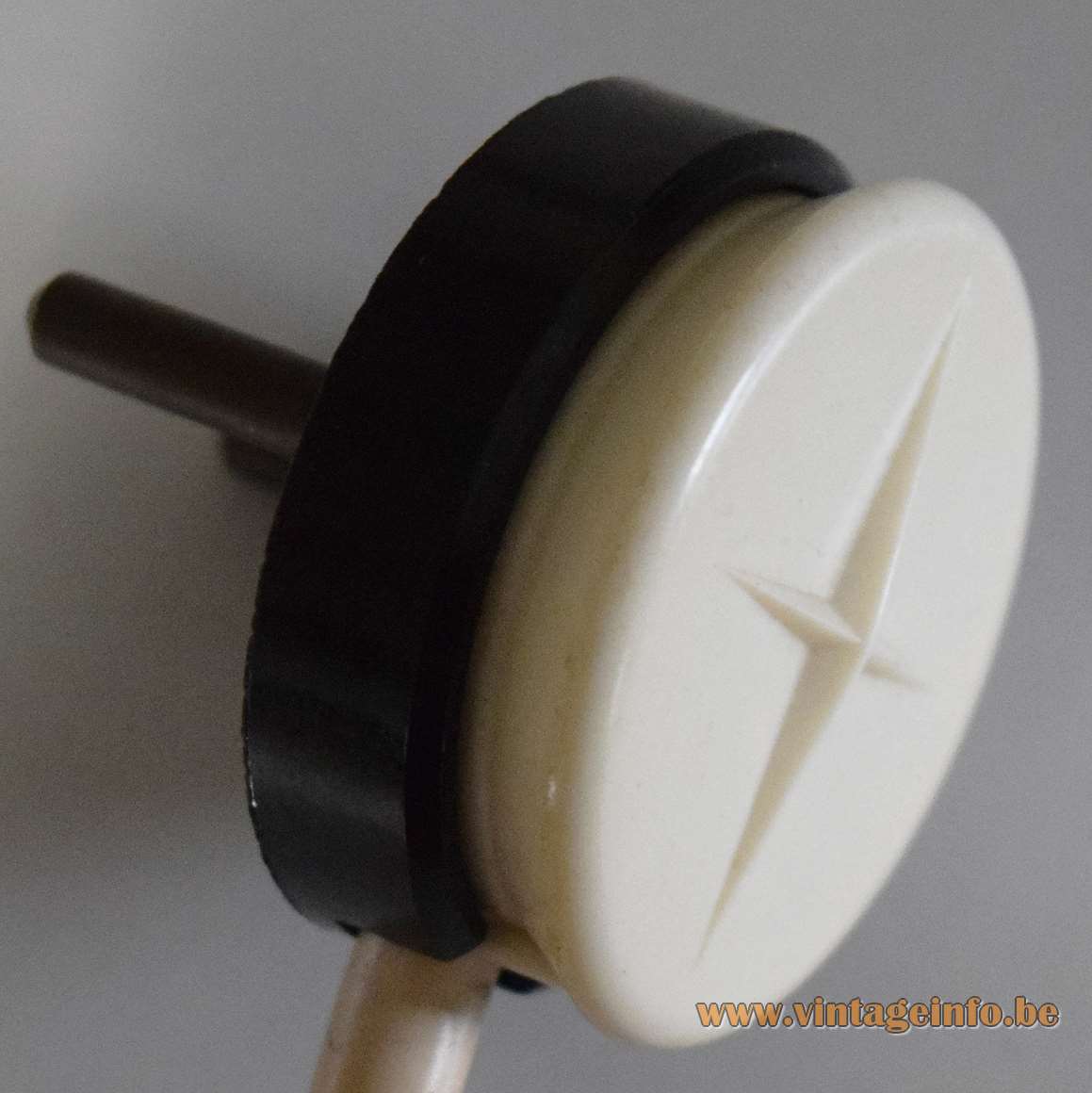 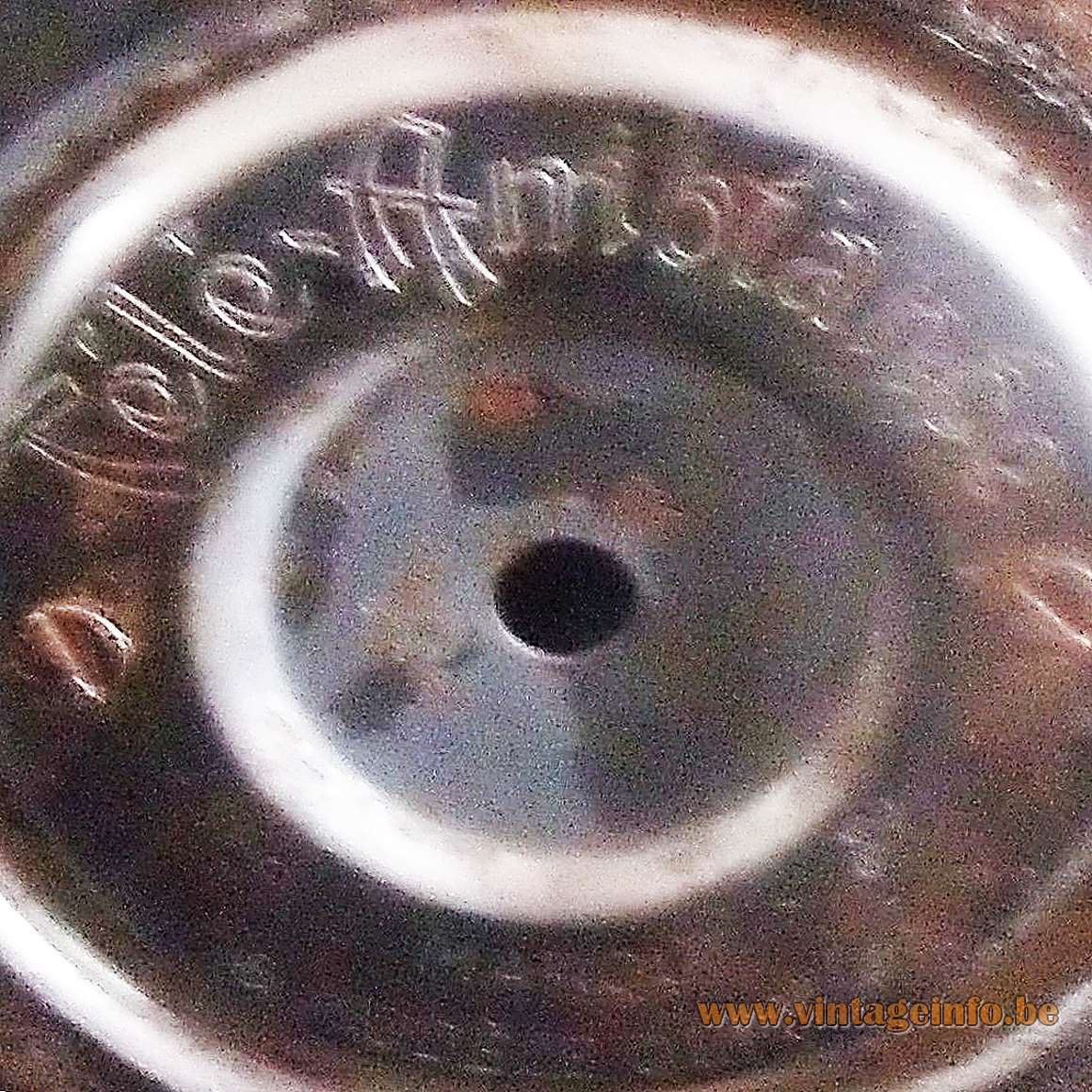