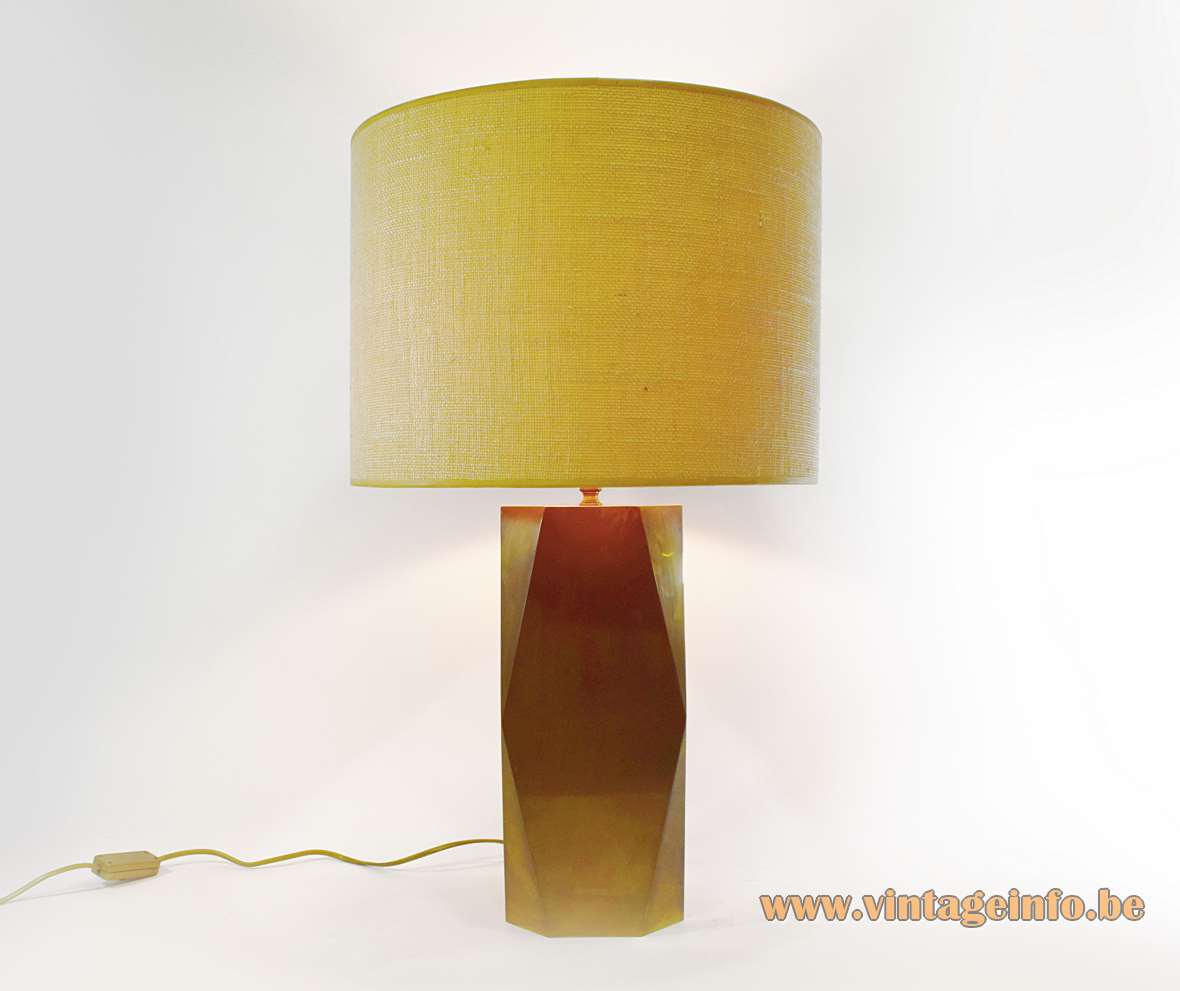 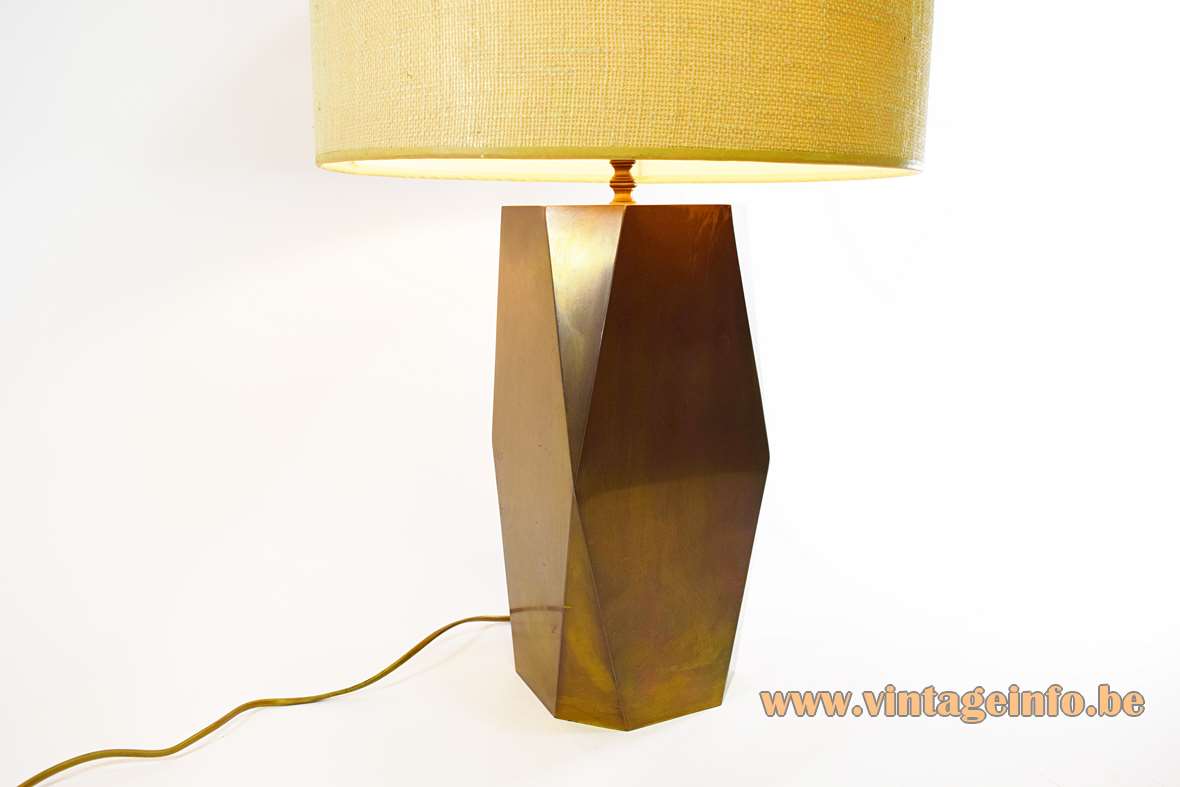 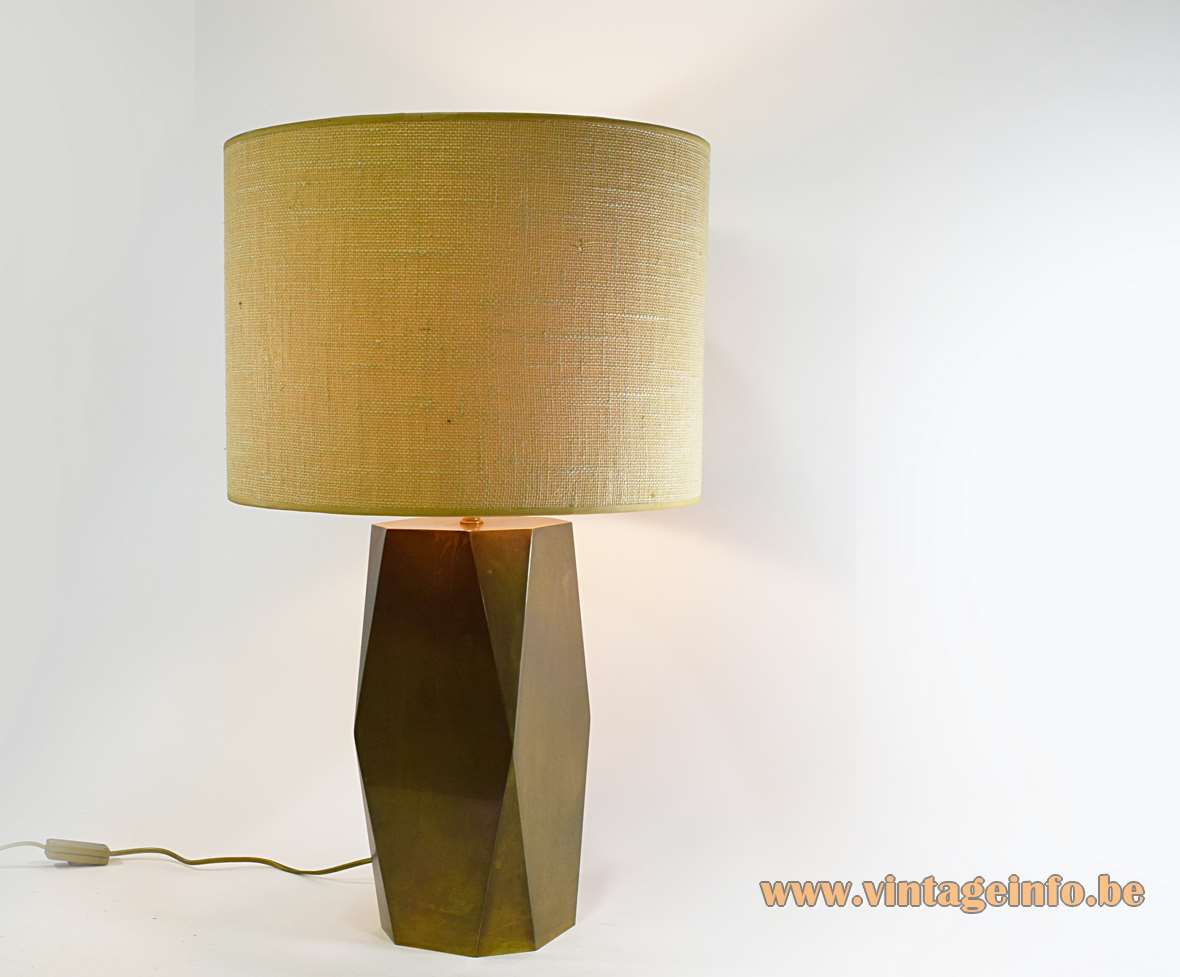 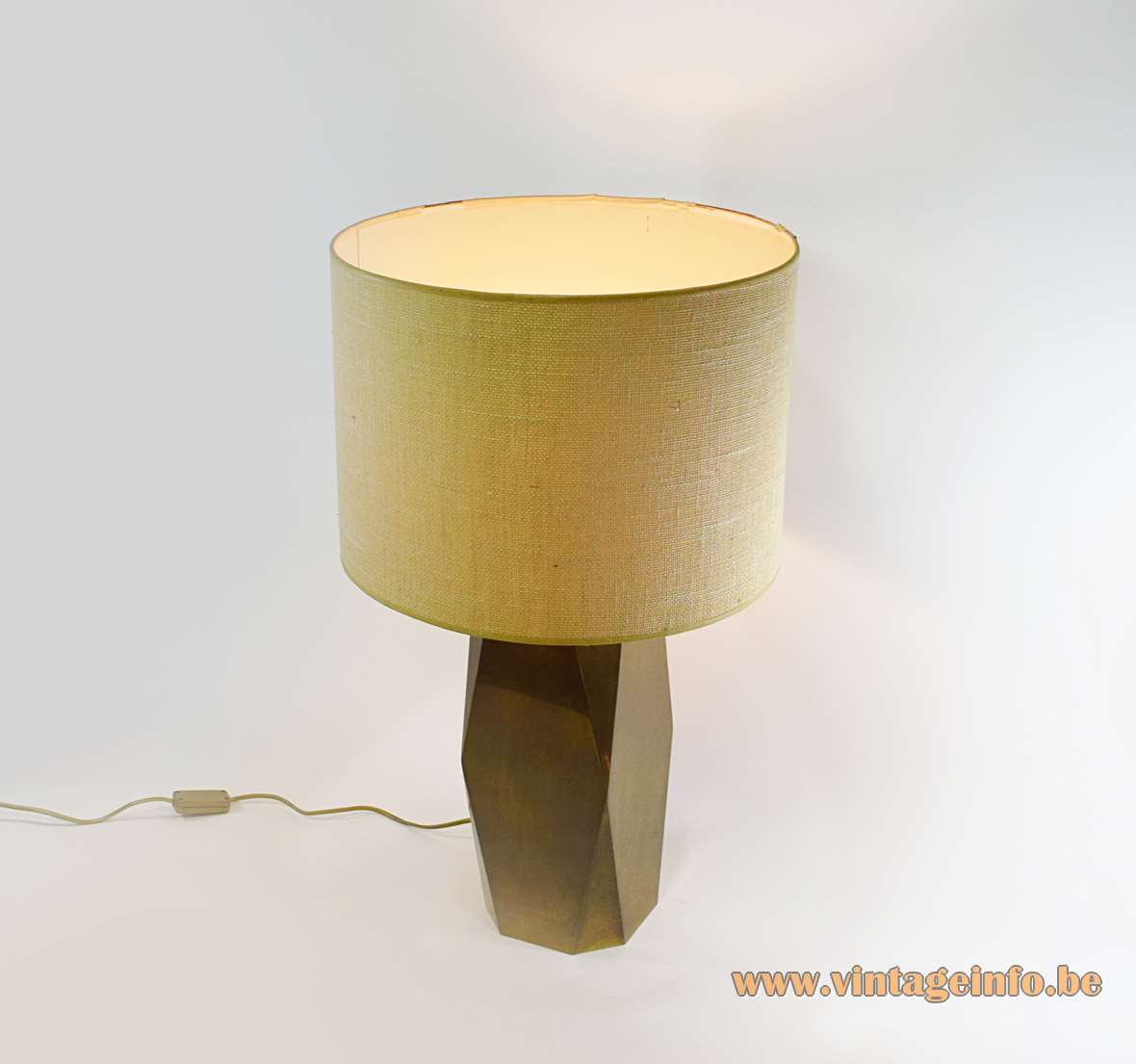 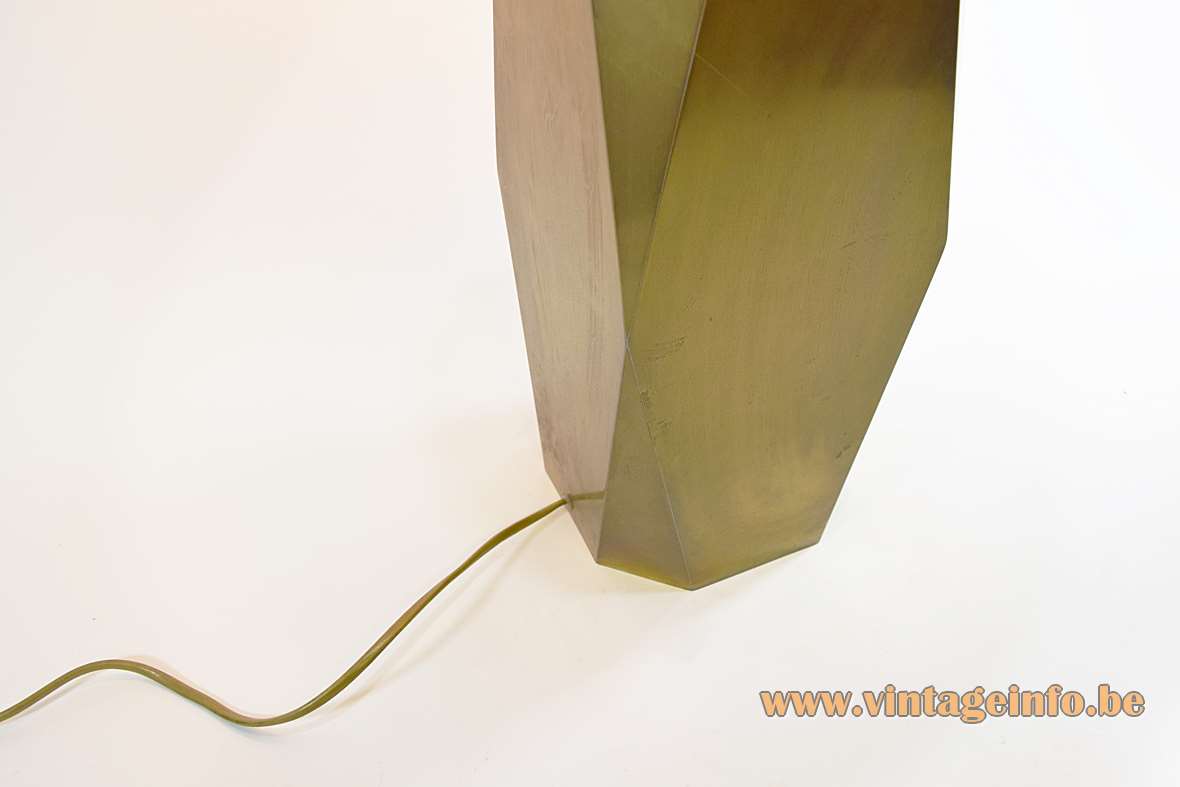 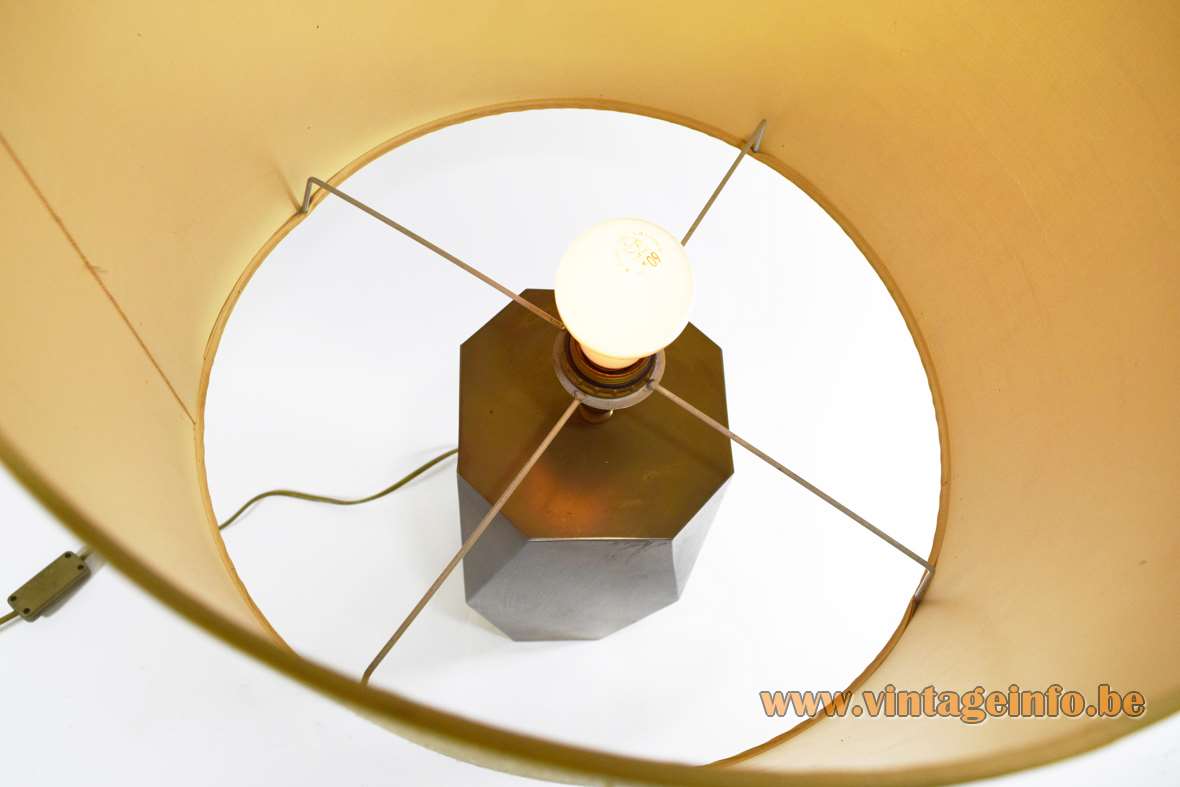 Other versions: This 1980s brass geometric table lamp exists in several varieties. Shorter and longer versions were made. Other geometric forms, and so on, as you  can see below. Massive made these table lamps since the 1970s. This  is a 1980s edition, to see on the wiring and the label on the bottom of the base. 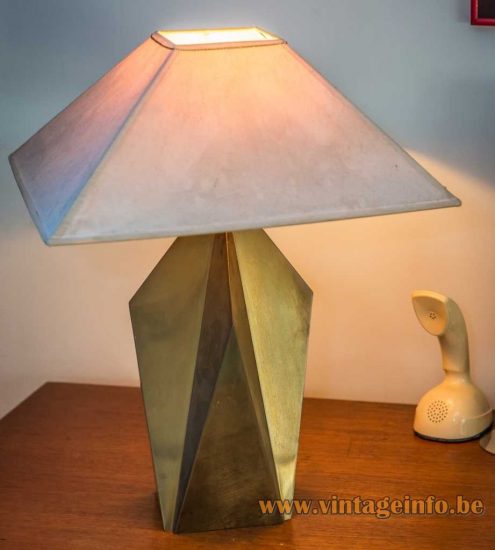 Many thanks to Tinneke for the picture of the other table lamp.