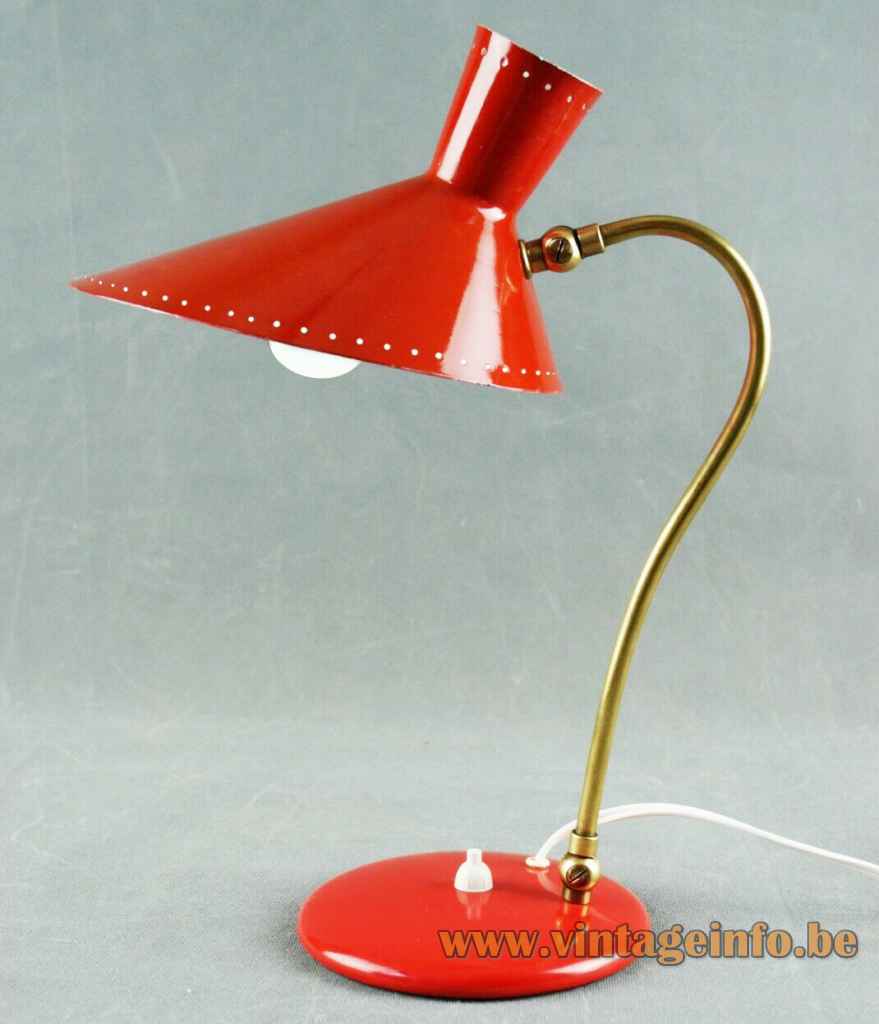 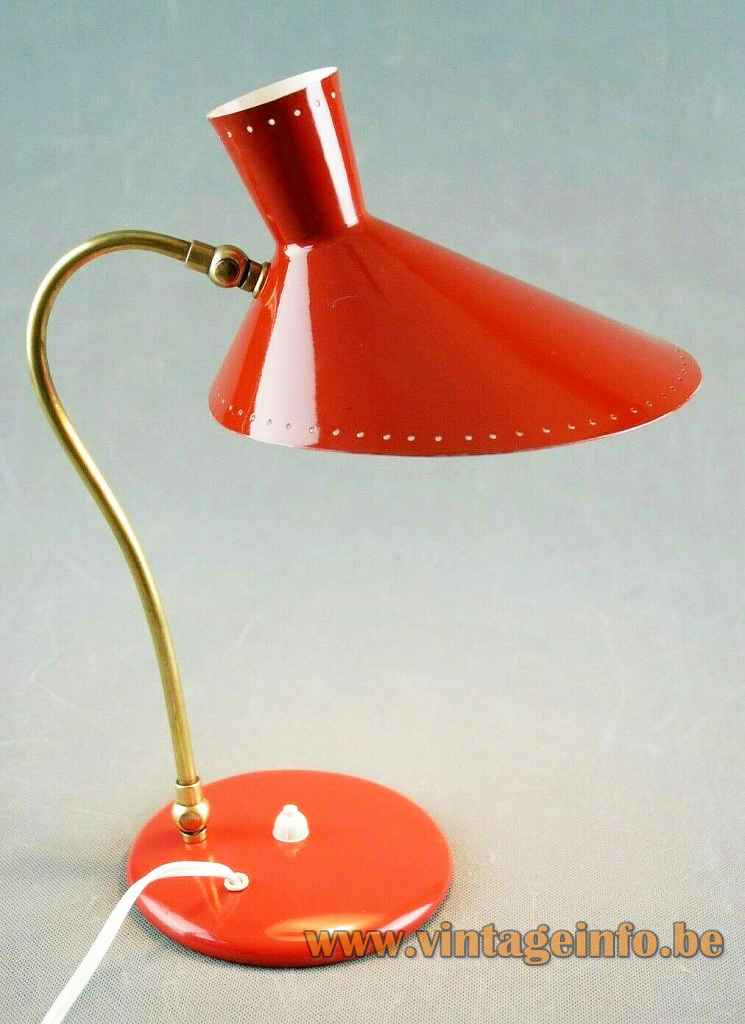 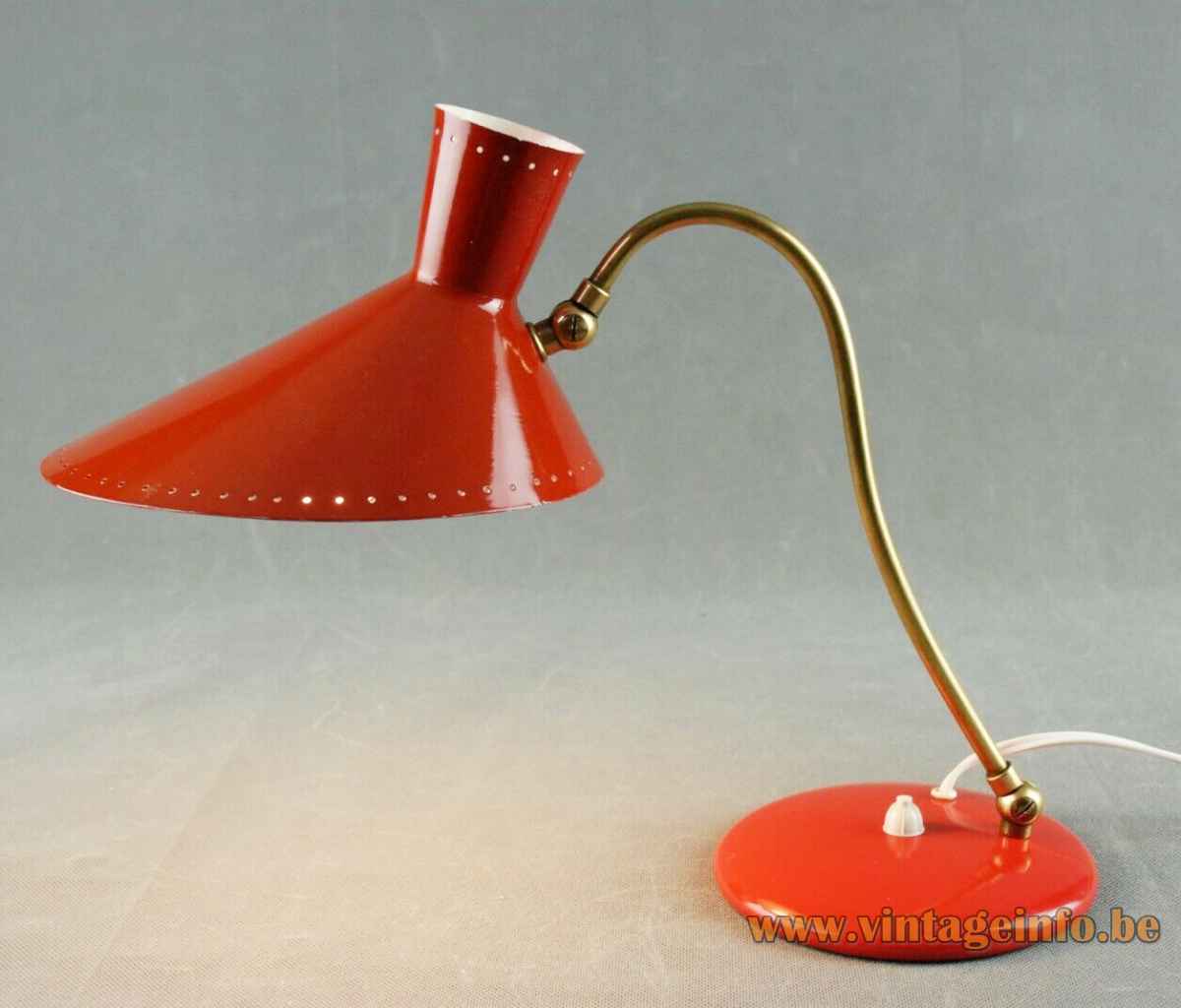 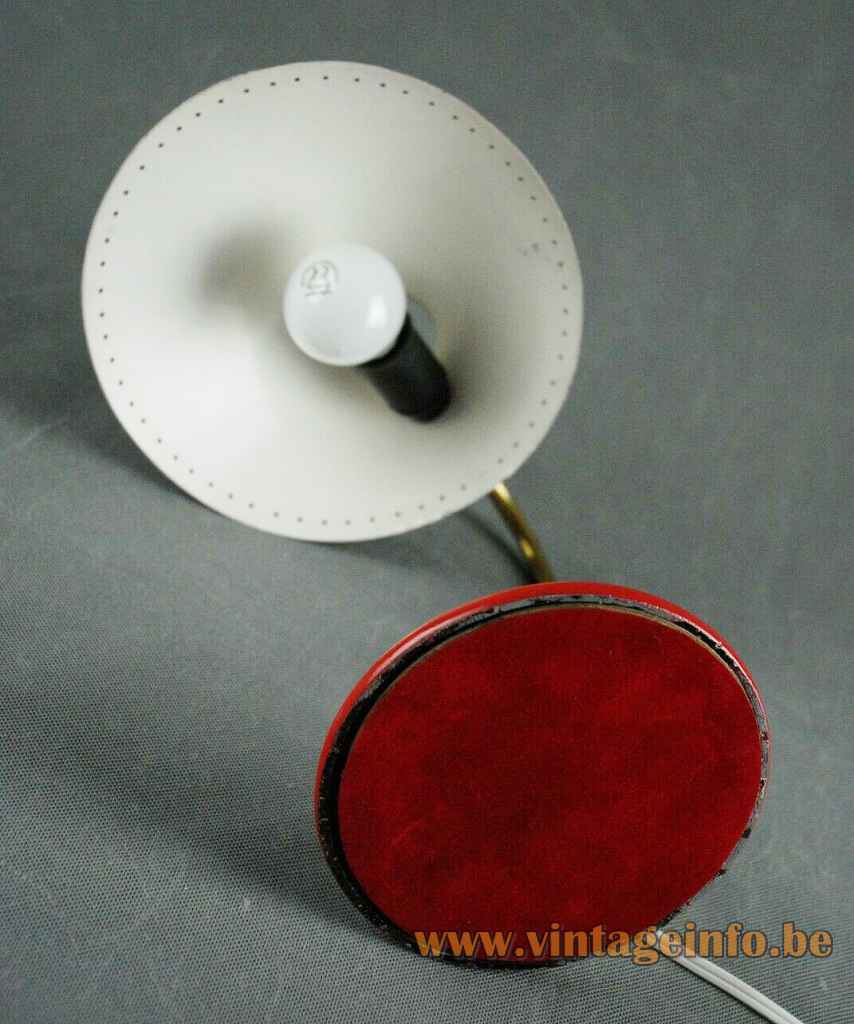 Other versions: This Svend Aage Holm Sørensen Bloom desk lamp exists in several colours and probably a few versions. The bloom lamp has a lampshade with other perforations and it does not have the brass collar or the ball joint to the shade. Probably this one is another version. Presumably not a knockoff.

Svend Aage Holm Sørensen was a Danish designer who created lights for Fog & Mørup in the 1950s. He founded his company Holm Sørensen & Co in the mid 1950s.

Production started with desk lamps such as this one, but Svend invented his own special type of brass. He used it to create very sculptural light up through the 1960s. The metal was often burned and cut with rustic edges and surfaces.

Several lamps made by Holm-Sorensen & Pedersen Belysning ApS are on display here on Vintageinfo.