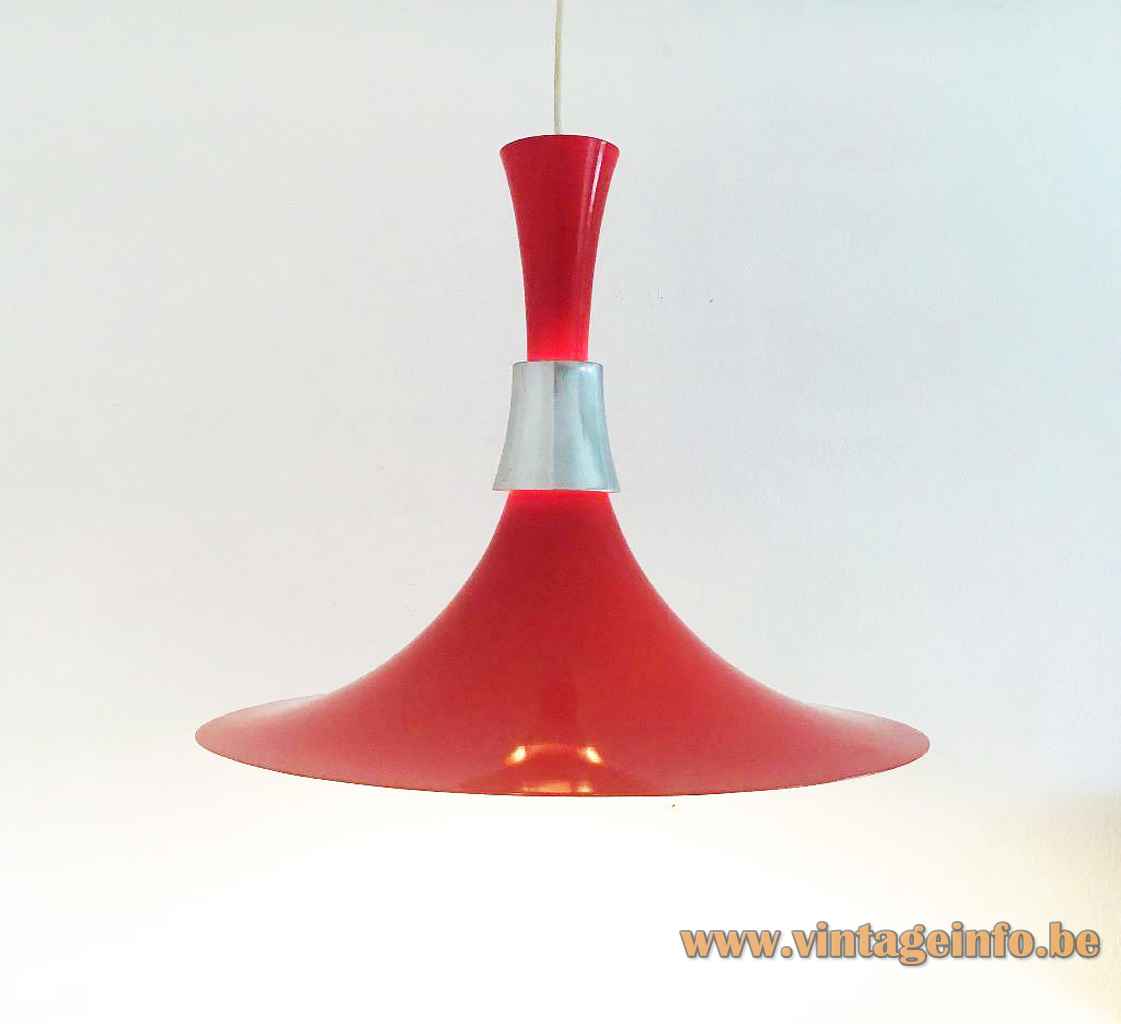 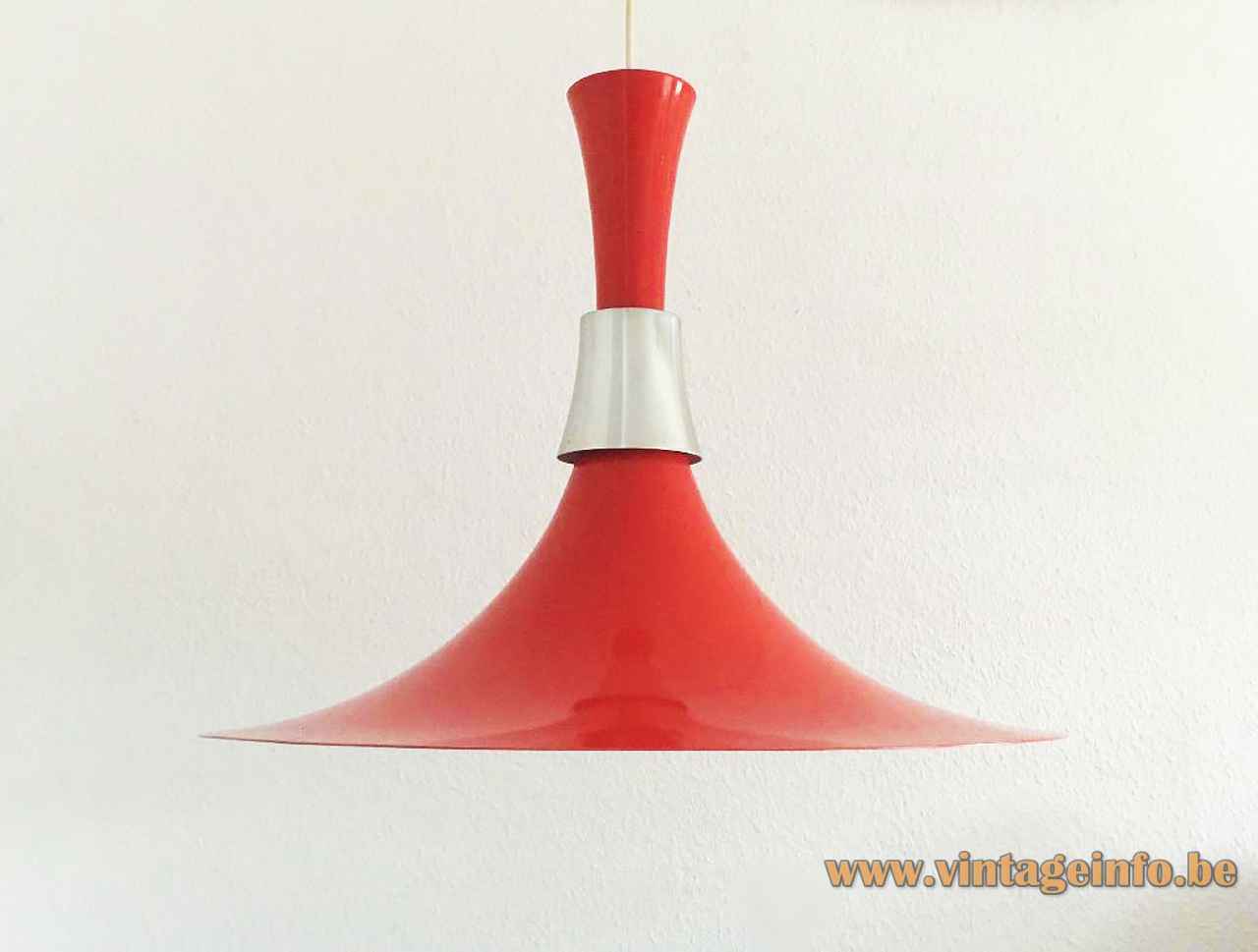 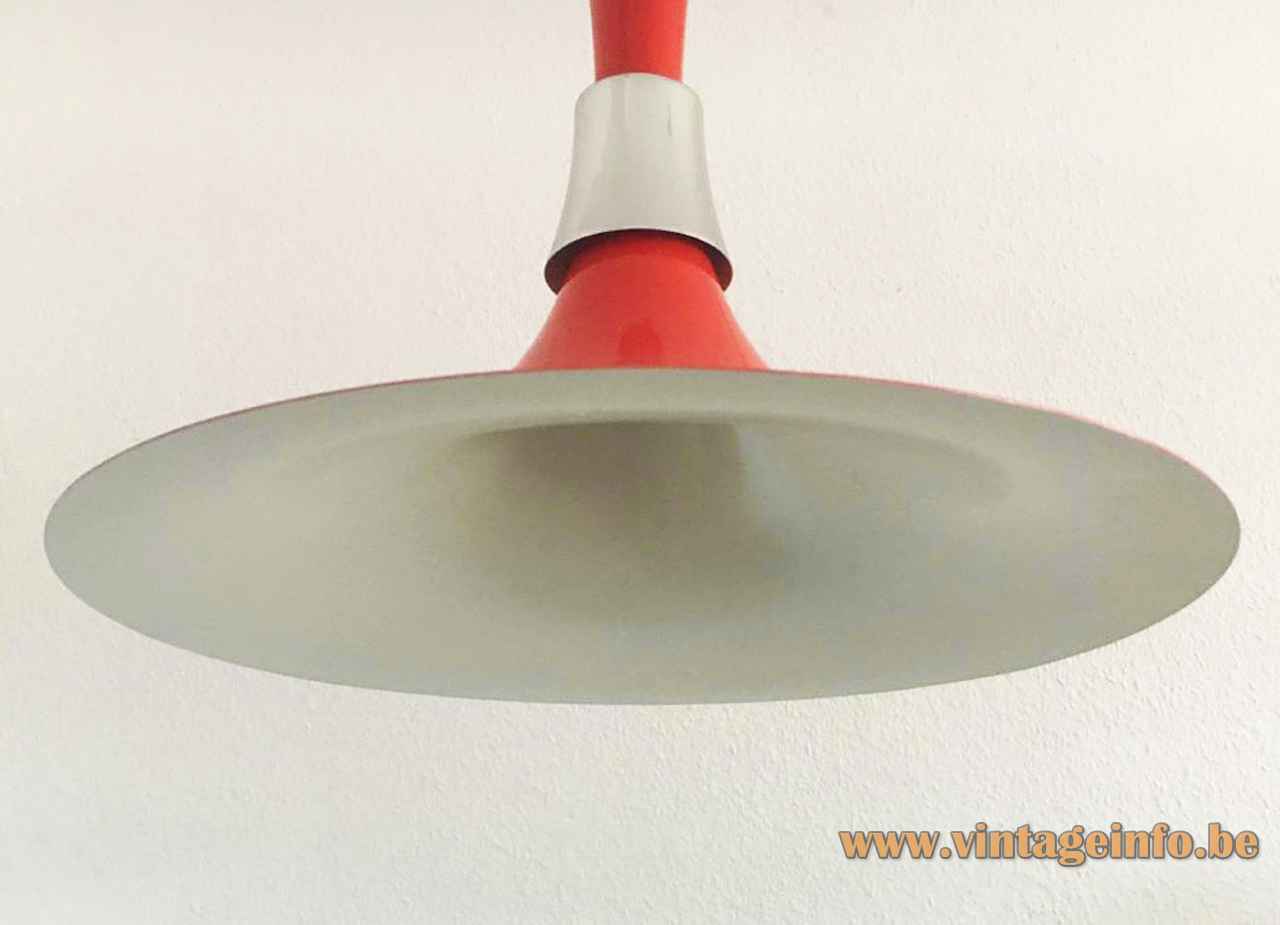 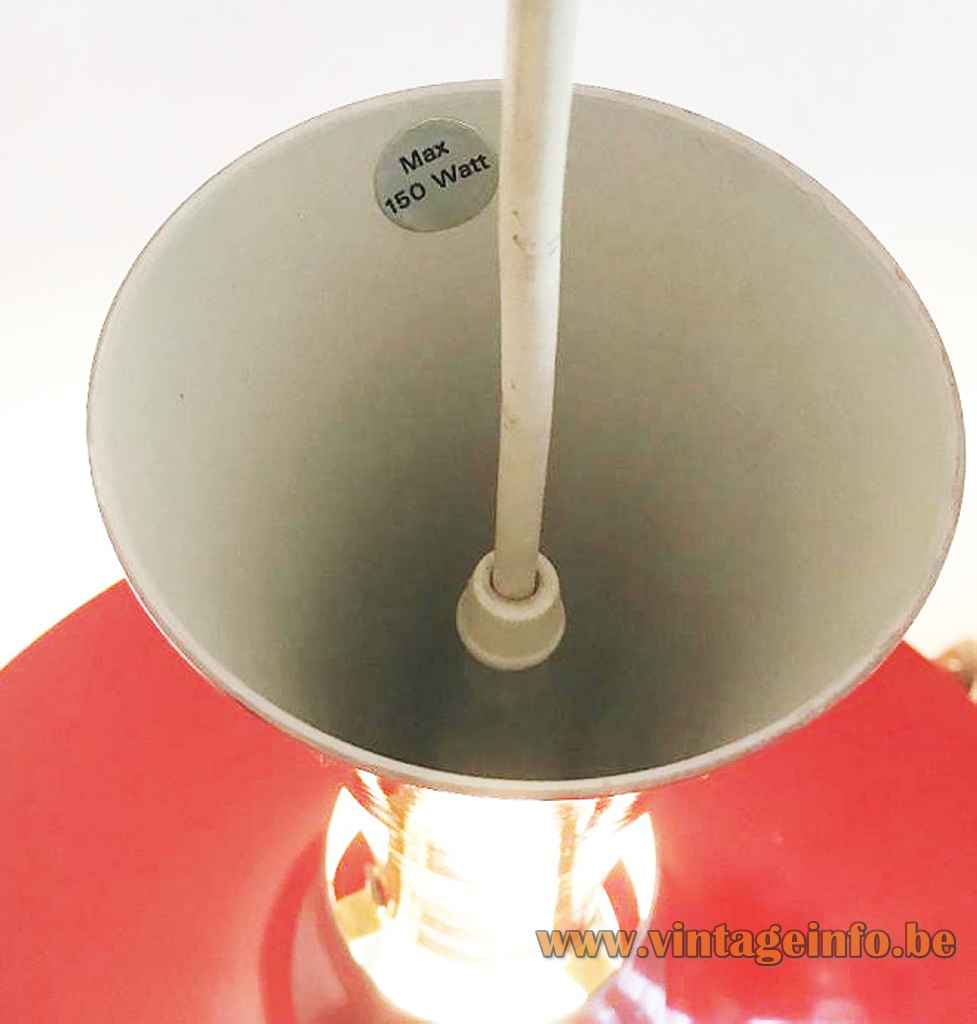 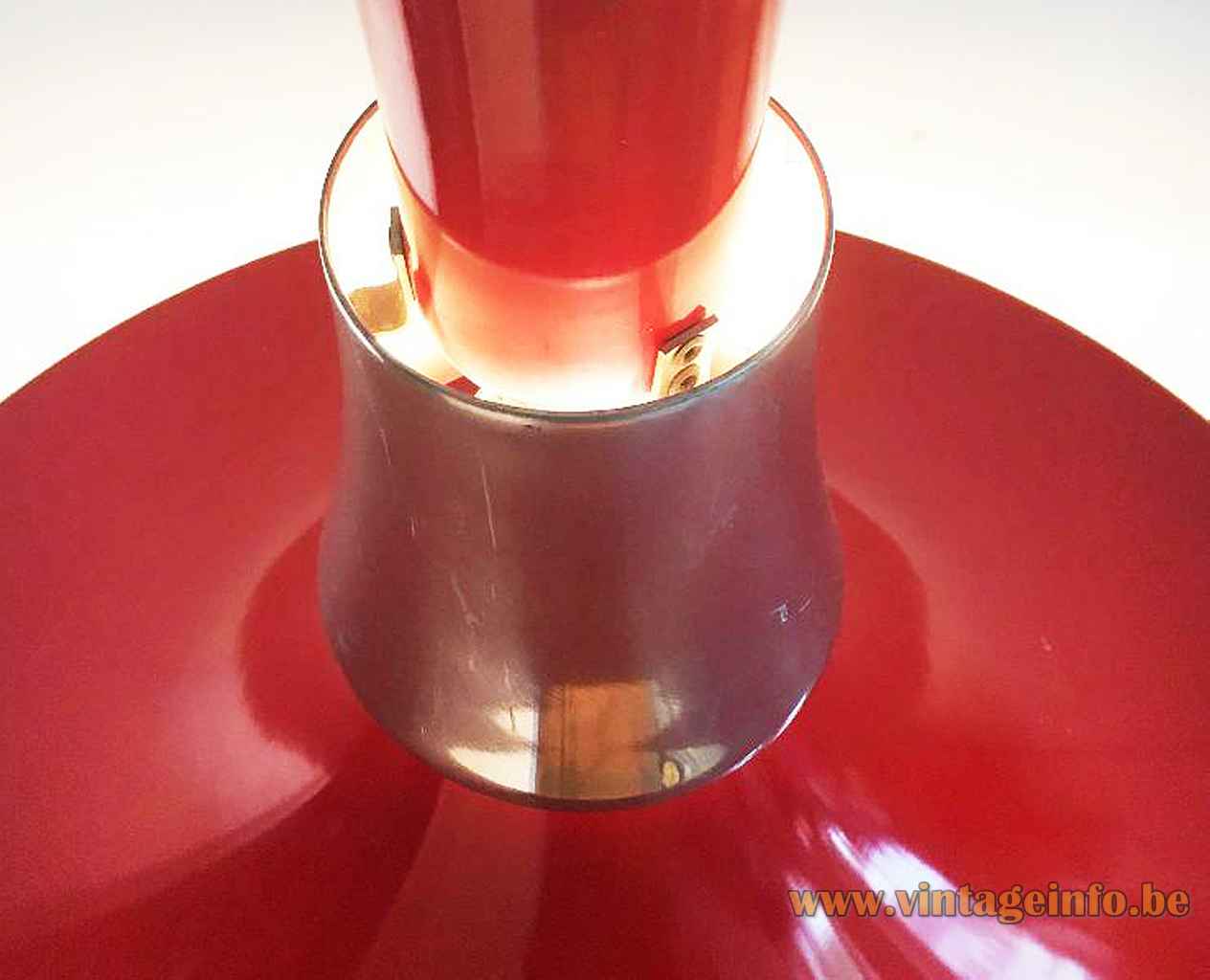 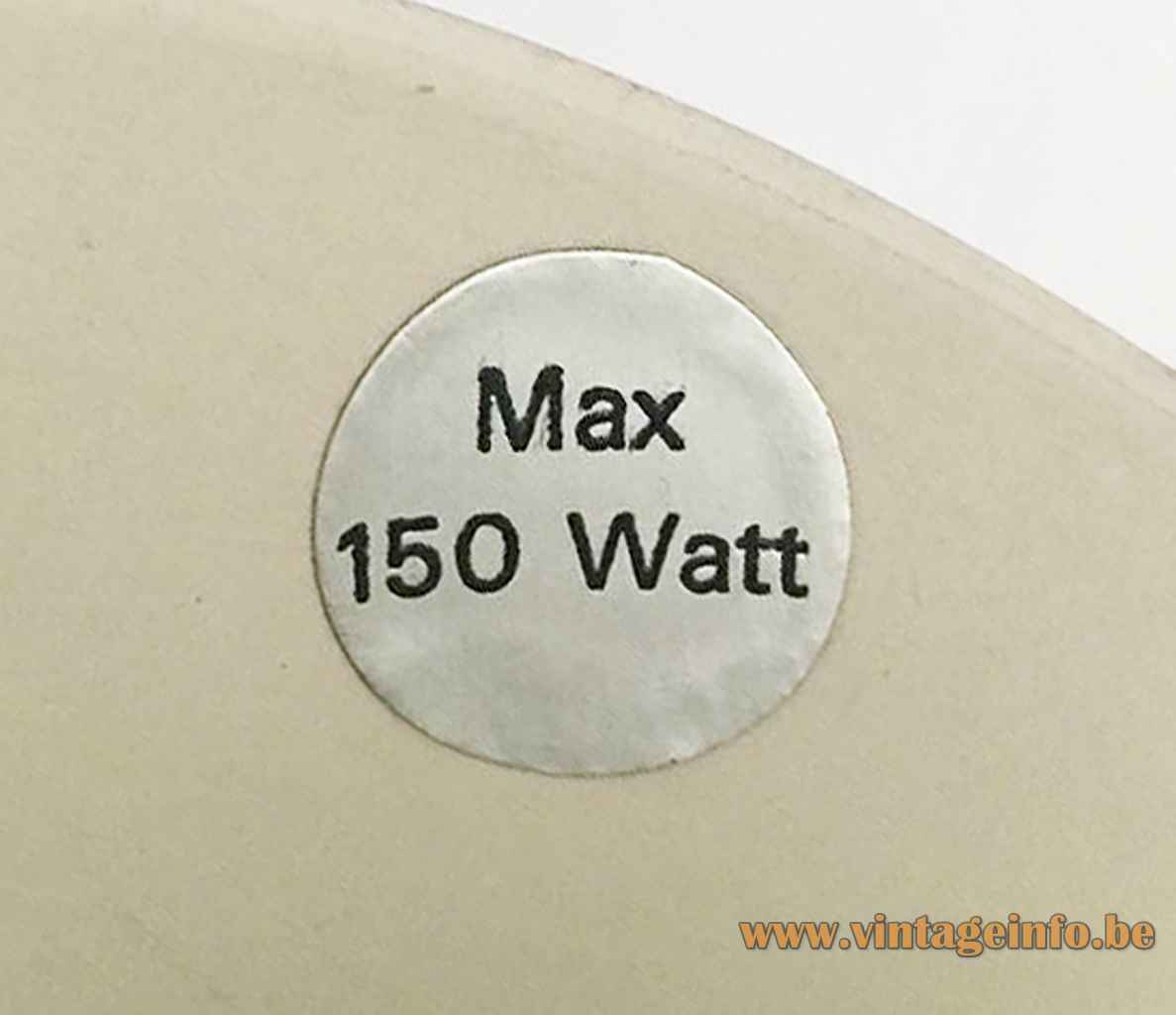 Other versions: This Bent Nordsted Lyskaer pendant lamp exists in several colours. Nordsted designed many lamps in this style for Lyskaer.

Bent Nordsted, born 18 September 1927 in Menstrup, Denmark, is a twin with his brother Birger. Birger became a famous architect, Bent an artist and designer.

Bent started his career in a hardware store, but formed his own company Nordsted & Co in 1957. Since 1972, together with his twin brother Birger he ran the companies Nord-Fair and Nordsted Design. Nordsted Design is responsible for the design of candlesticks, acrylic pepper mills, drinking glasses, beer openers, eating utensils and of course many lamps. Sometimes the brothers collaborated.

Birger passed away in Spain, 21 August 2012. Bent is also dead, but for the moment it is unknown when he passed away.

Lyskær Belysning (Lyskær lighting) started to produce lamps in 1969. In the late seventies Fog & Mørup merged with Lyfa, two other leading Danish lighting producers. A few years later Lyfa-Fog & Mørup was taken over by Lyskær. The name changed to Lyskær-Lyfa.