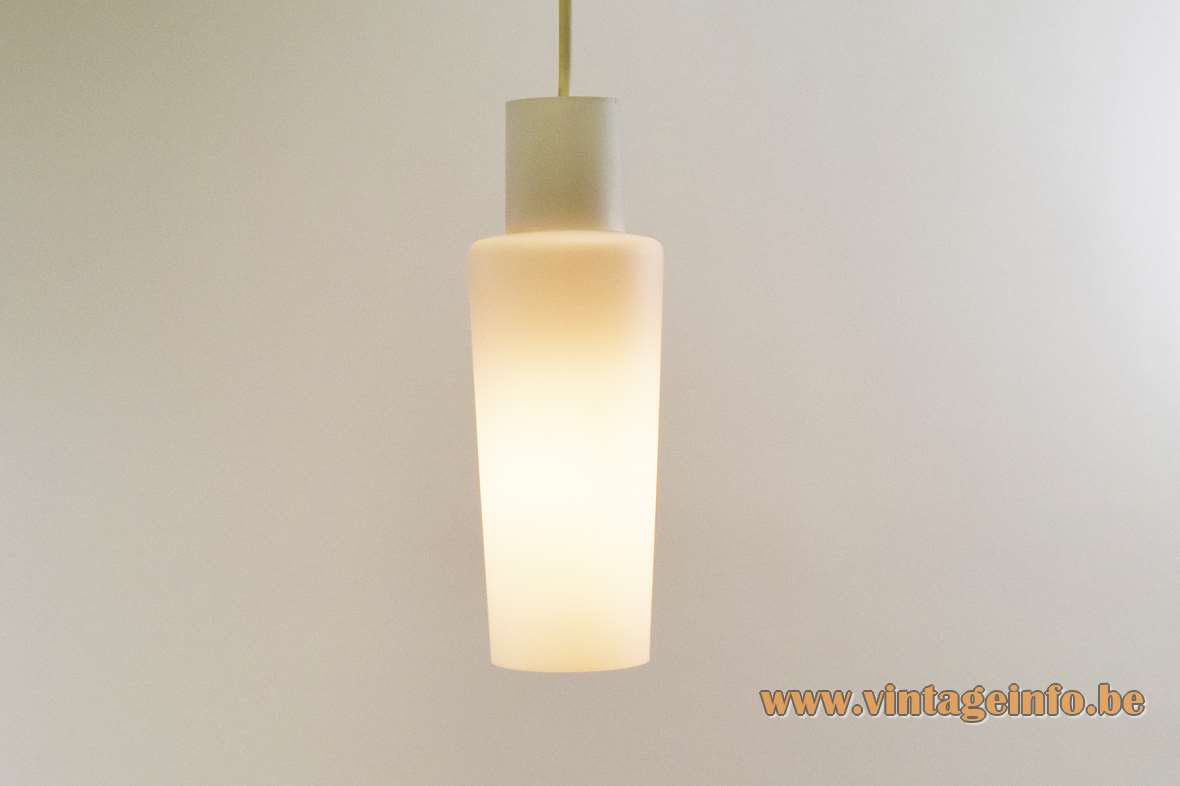 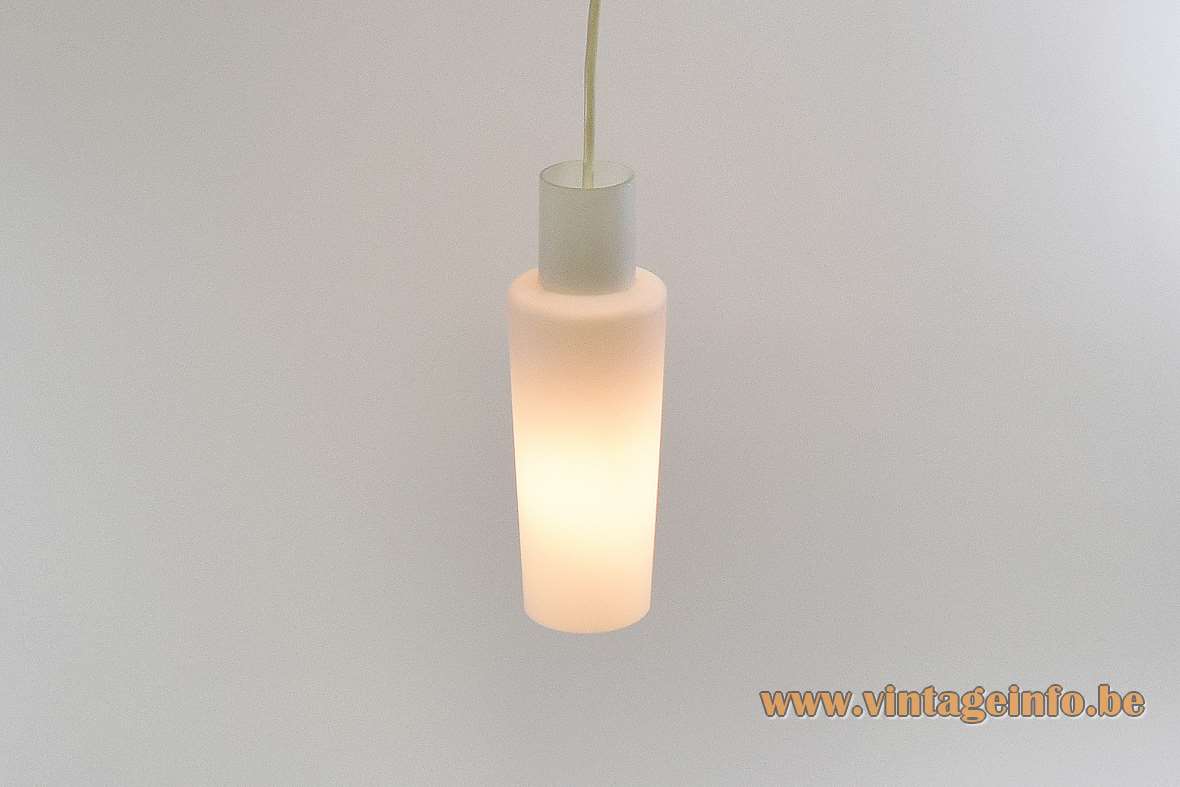 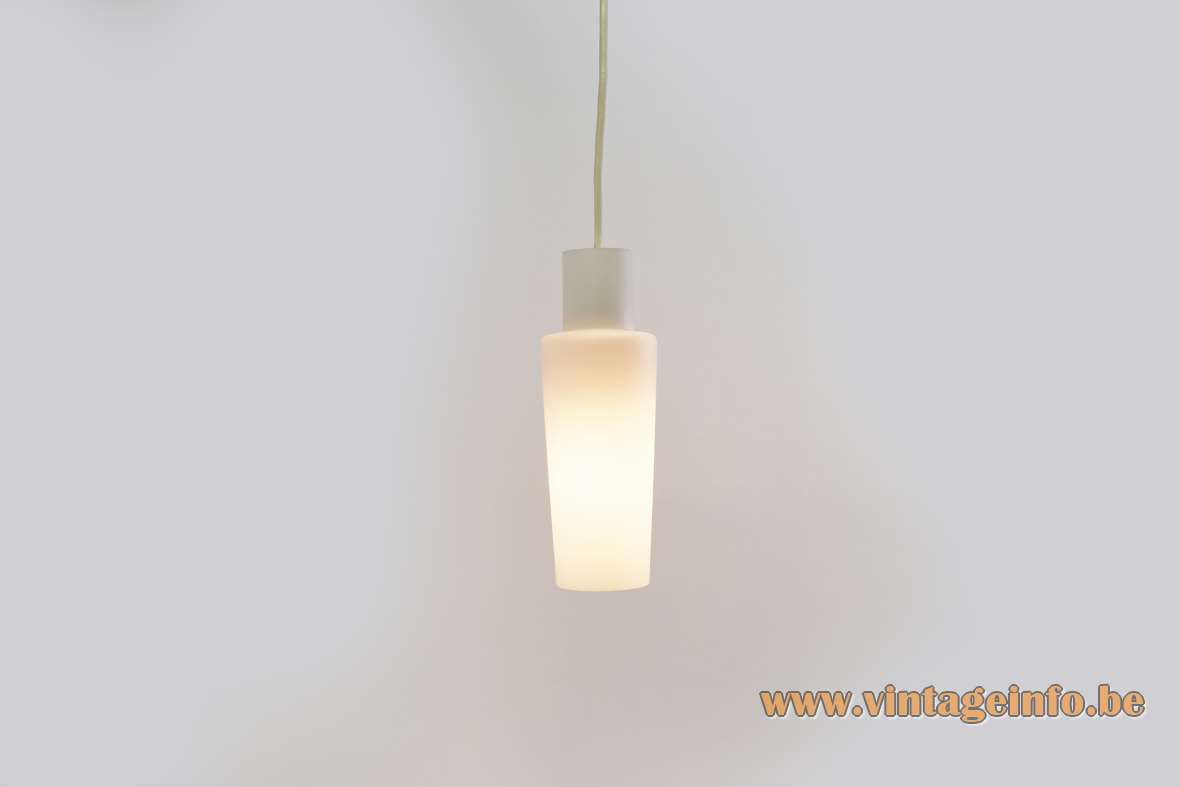 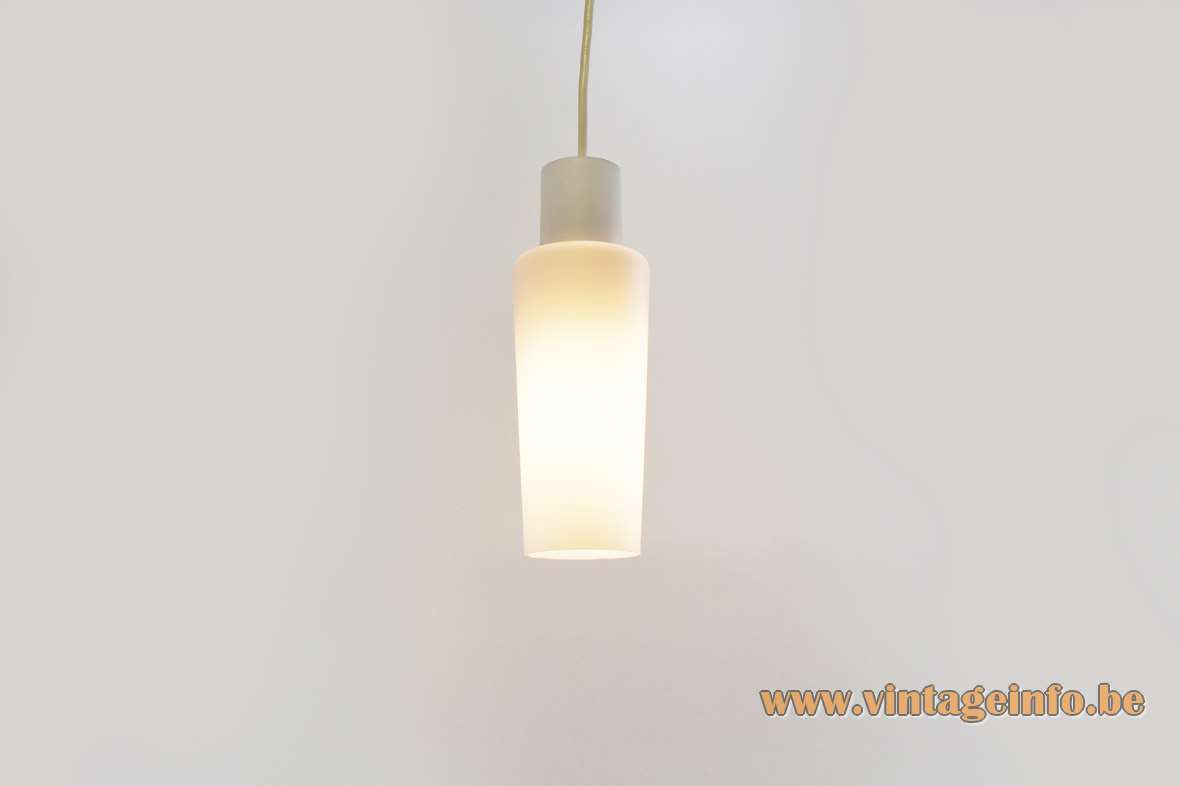 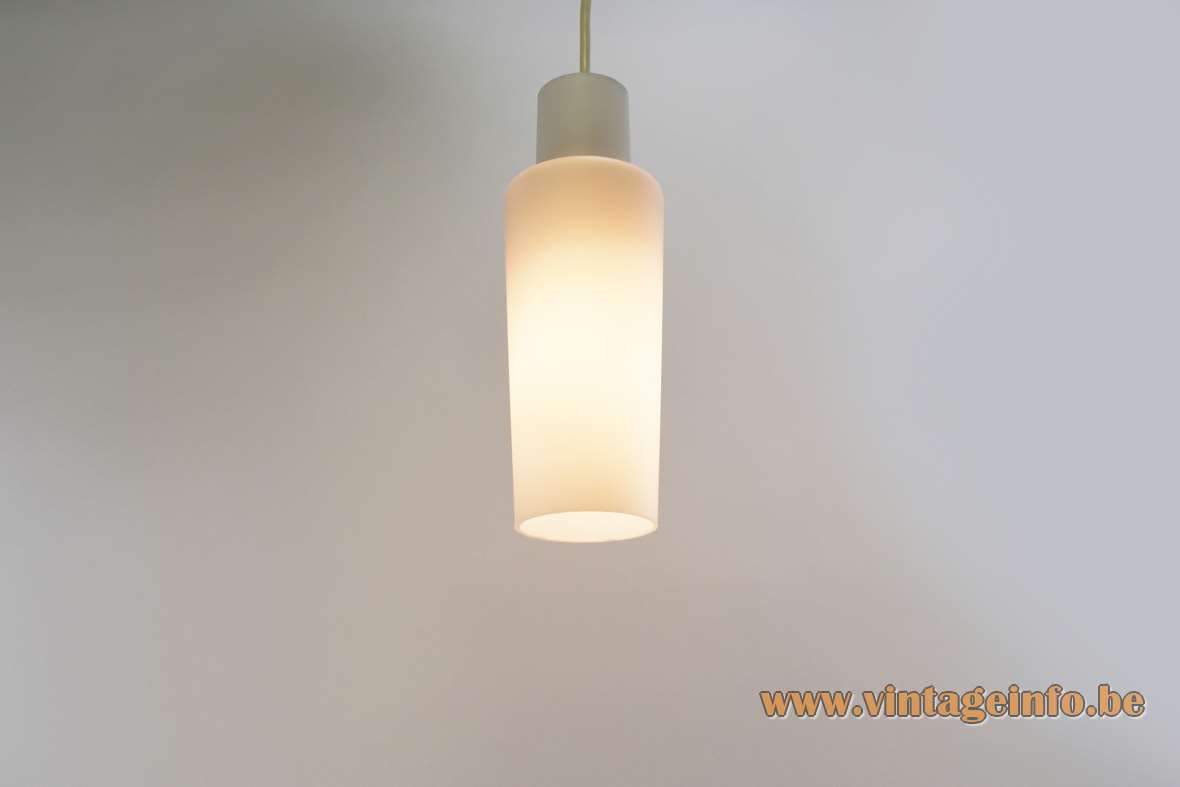 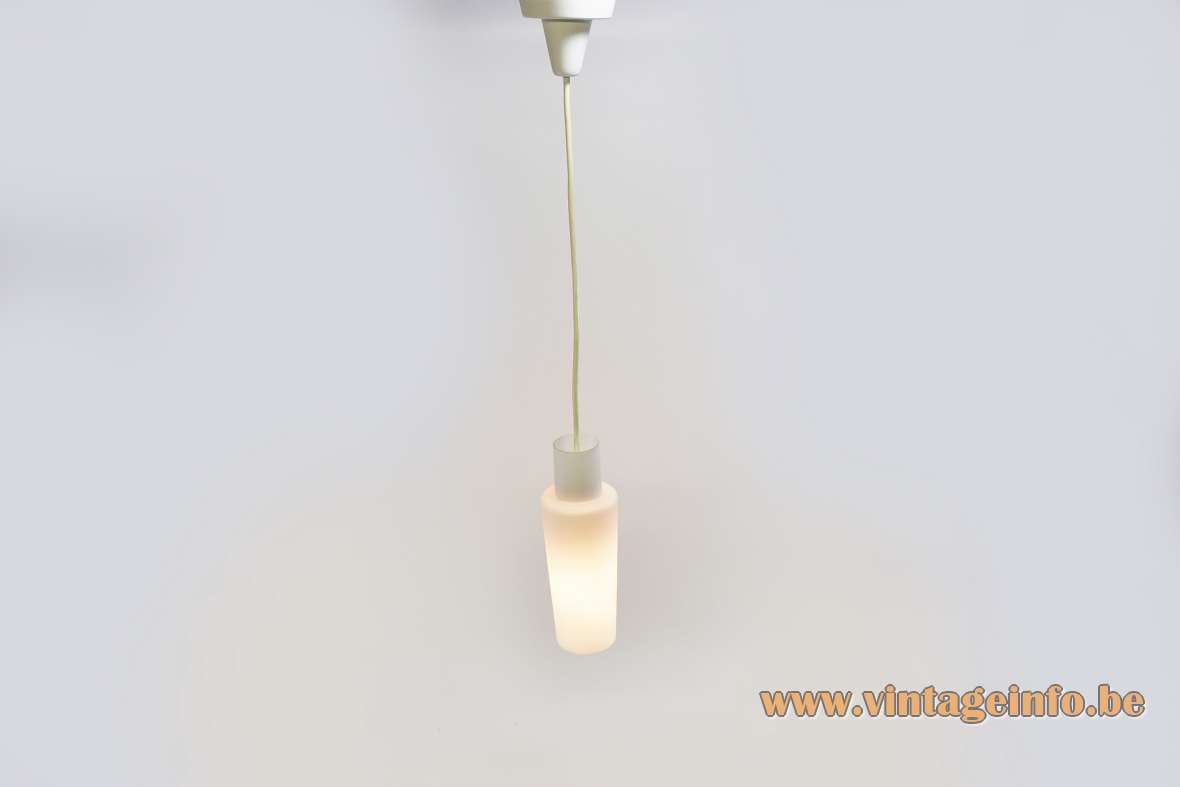 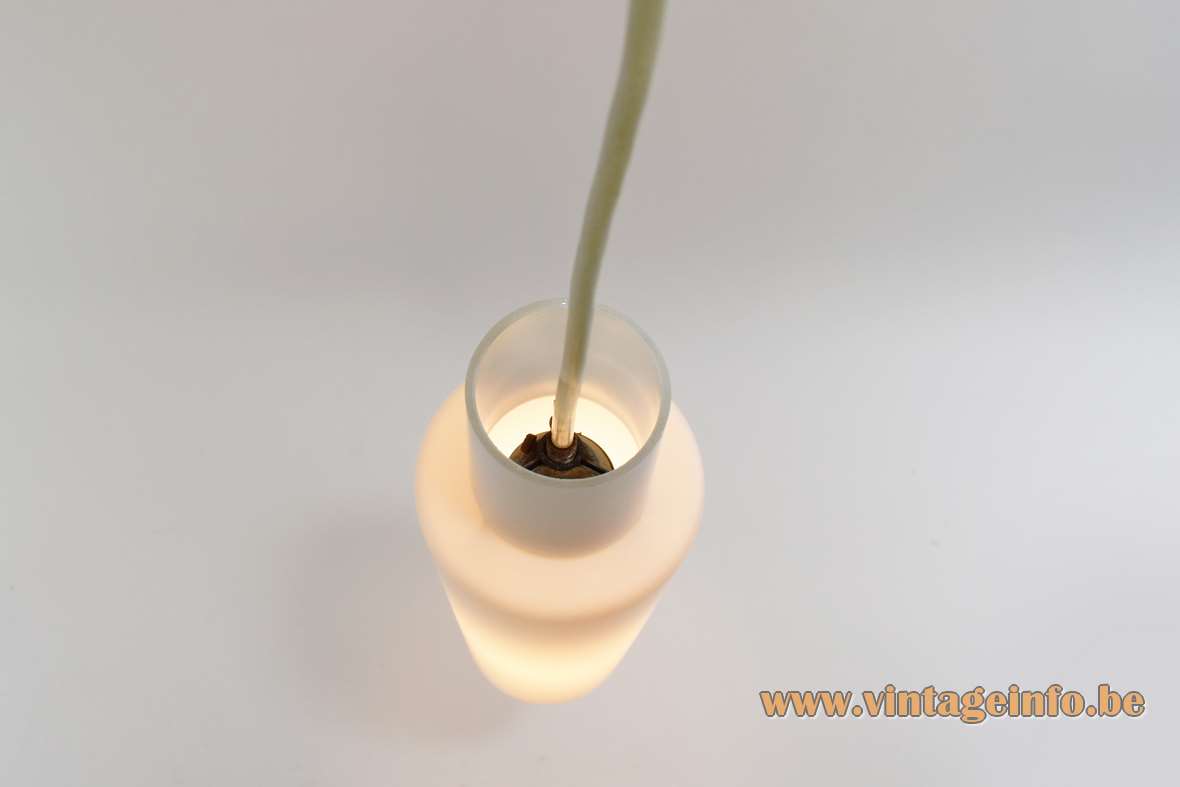 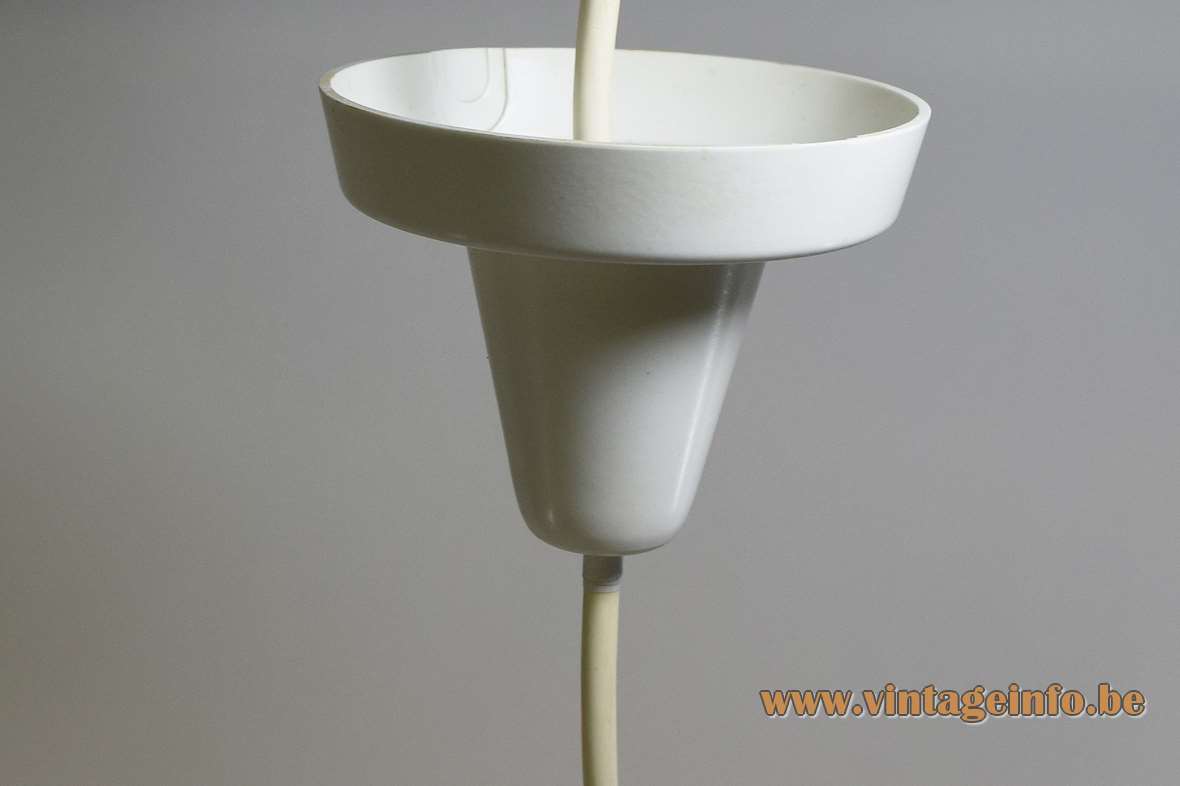 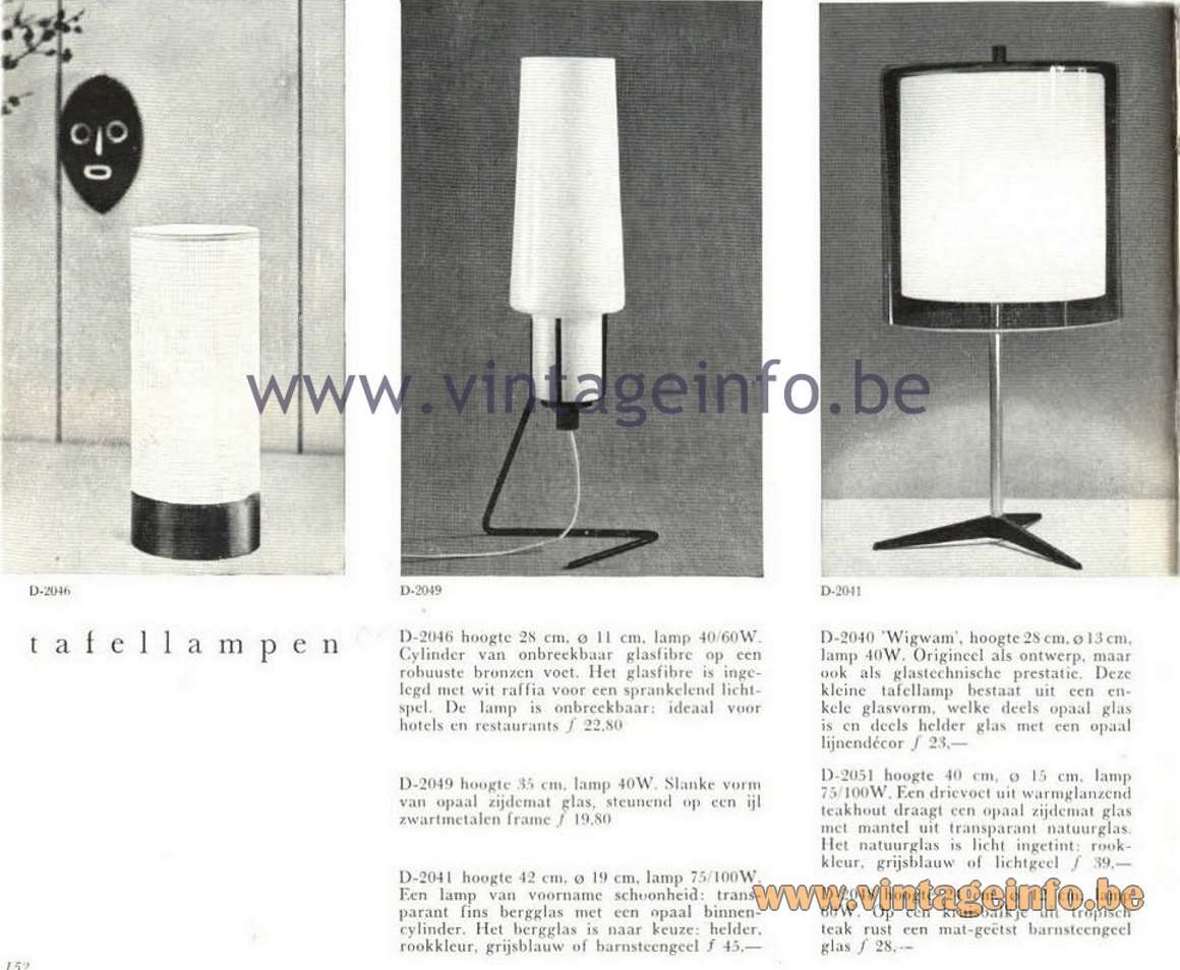 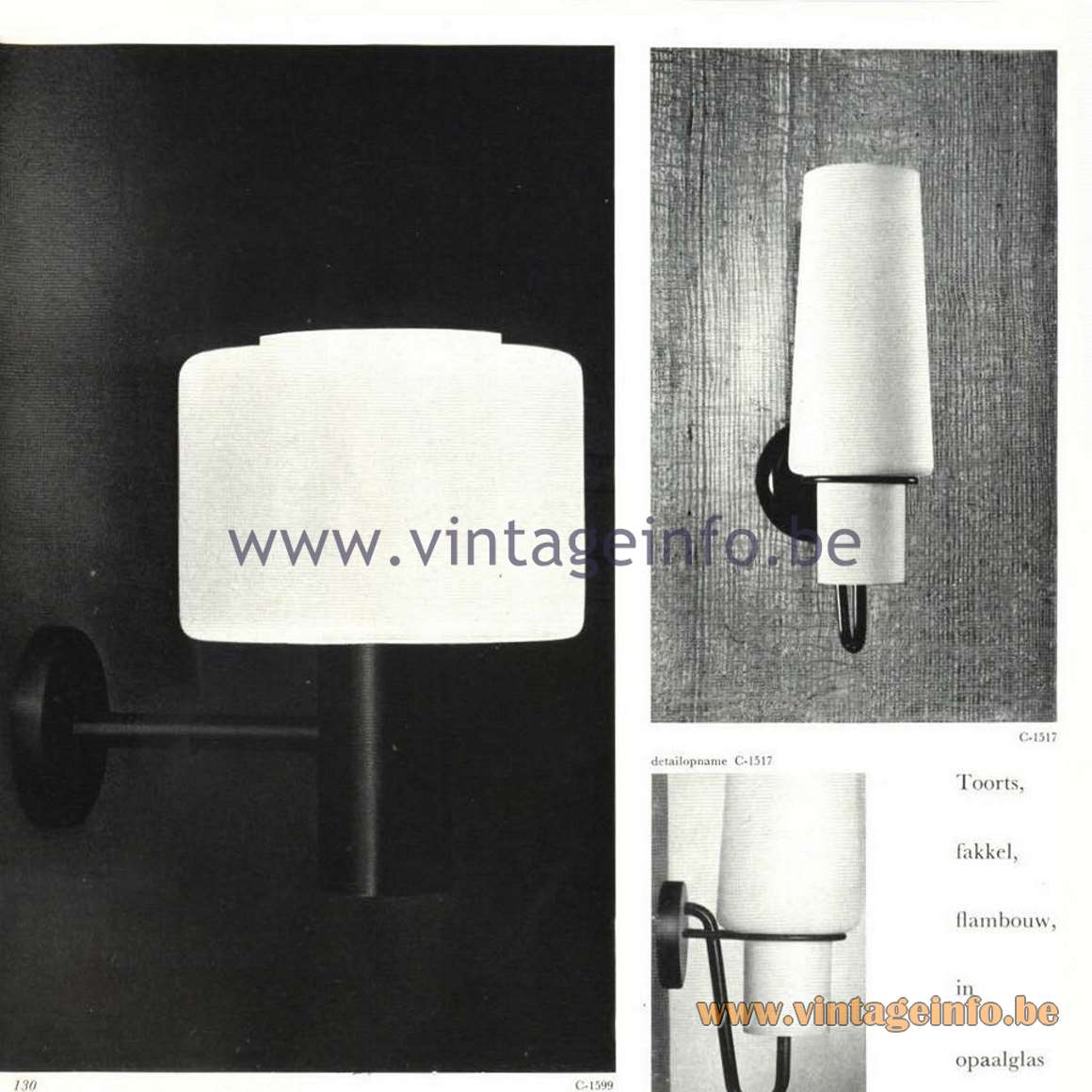 Other versions: The glass of this Raak opal glass pendant lamp was also used for a table lamp, wall lamp and chandelier.

The socket was made by the Belgian company Niko N.V. from Sint-Niklaas.

Niko is the biggest electric components company from Belgium since decades. The firm was established shortly after World War 1 in 1919 by the two brothers Alphonse and Werner De Backer in Sint-Niklaas, Belgium. More info about the company, here on Vintageinfo.

The mechanism inside the lamp 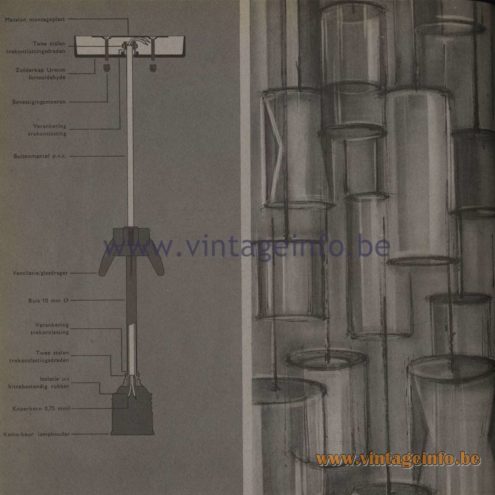