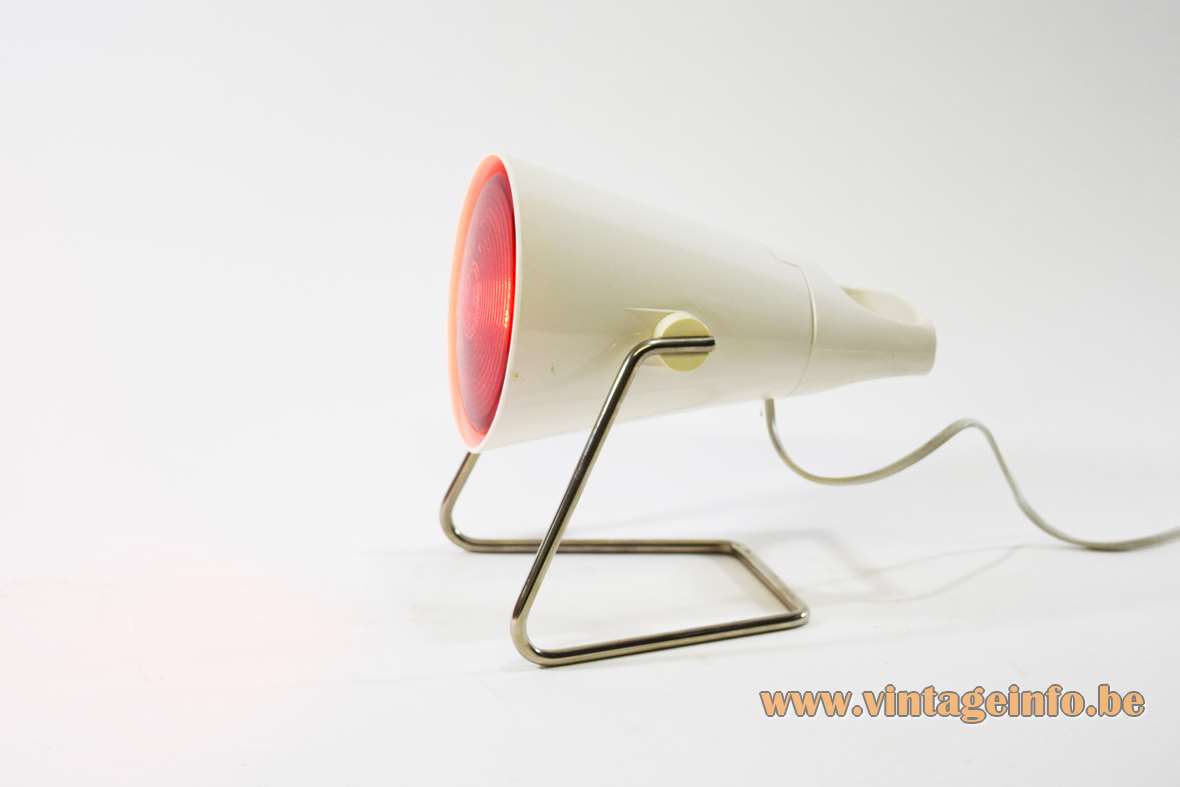 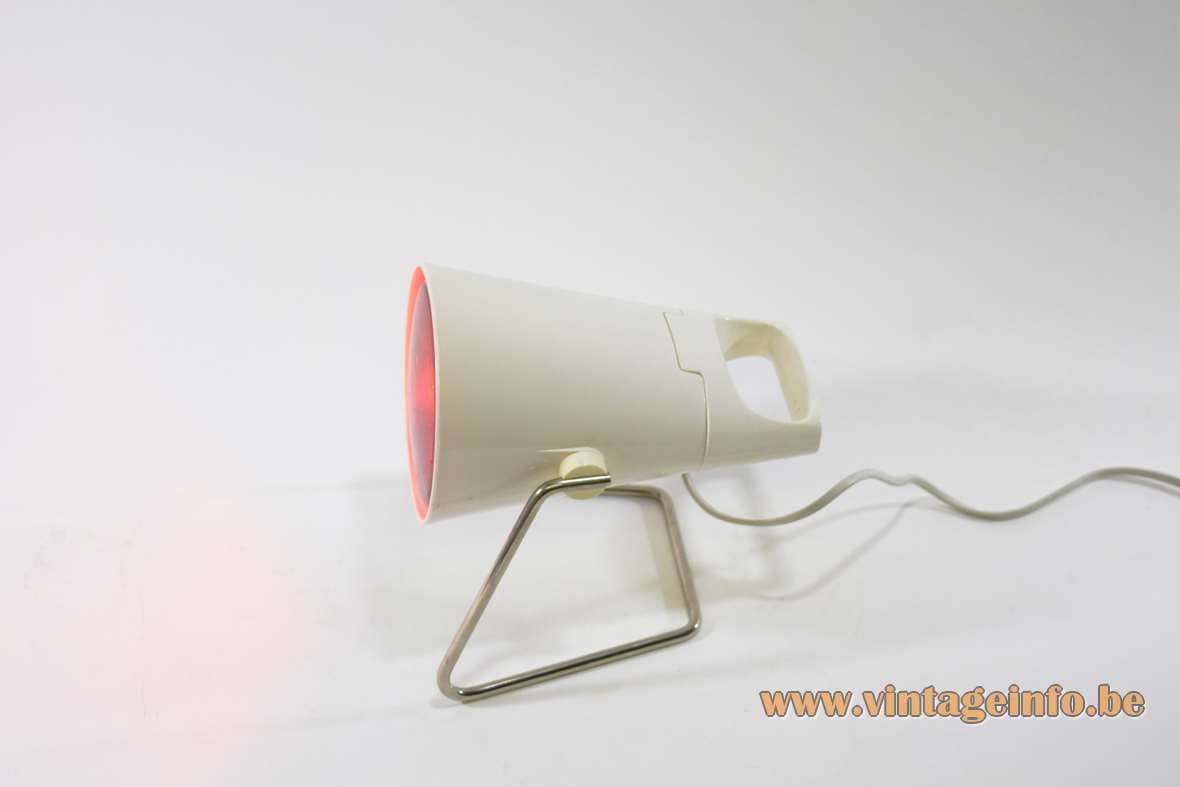 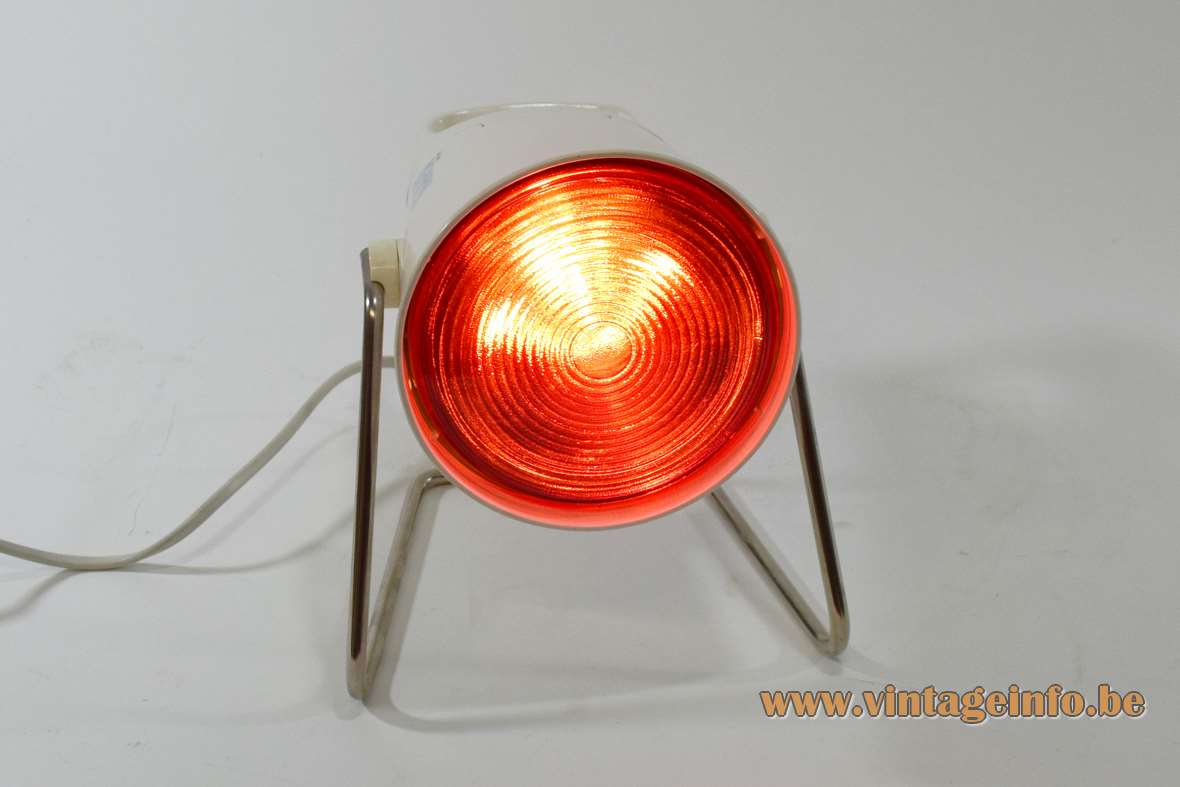 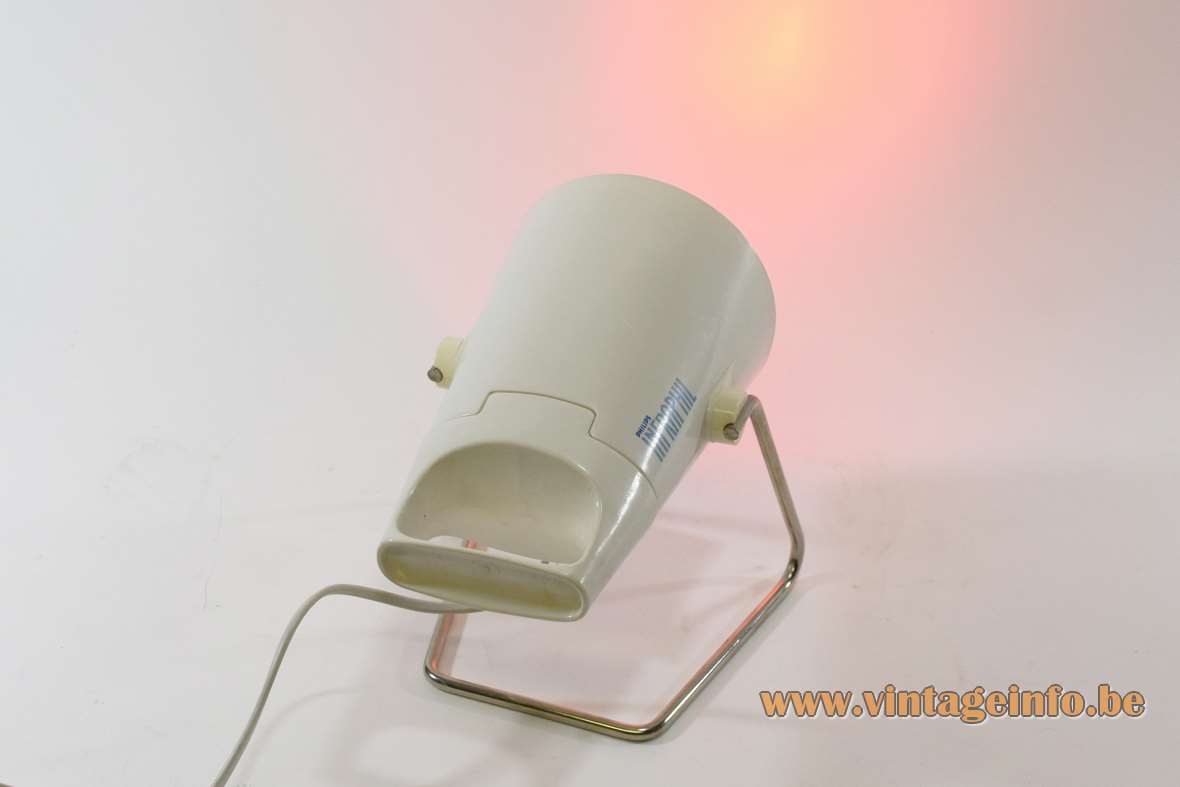 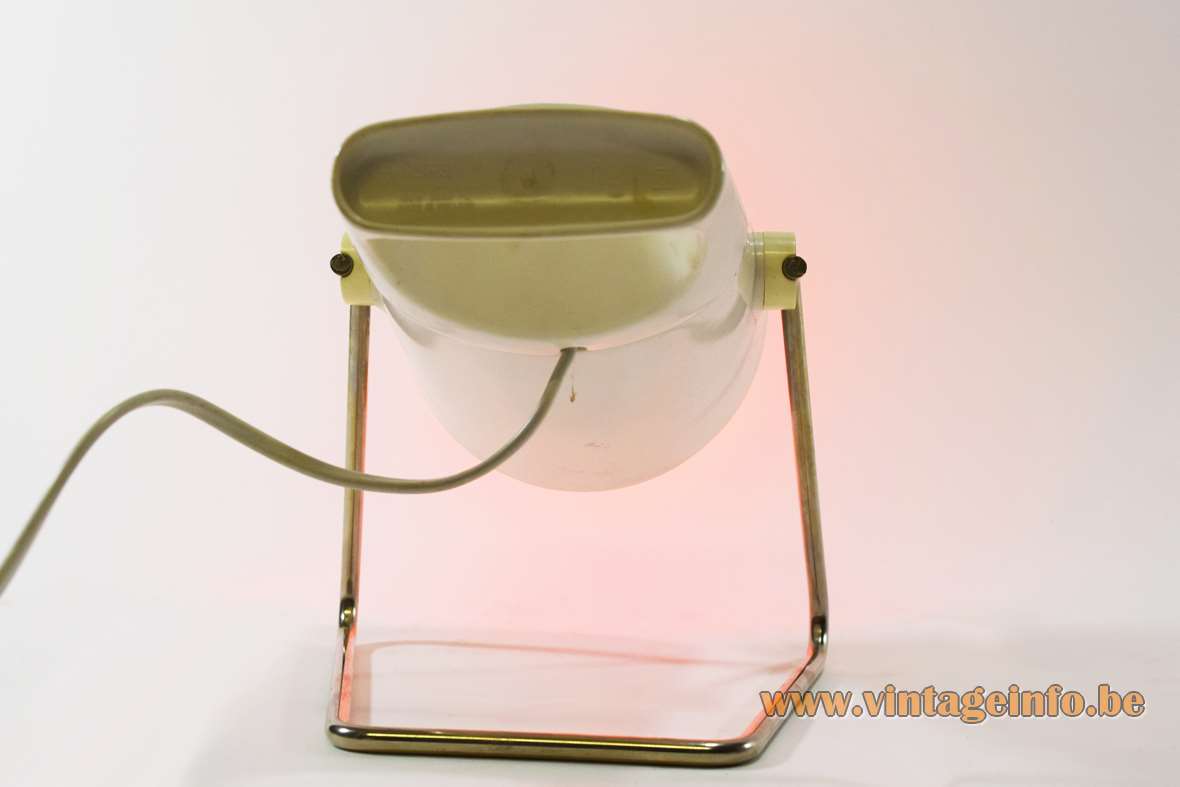 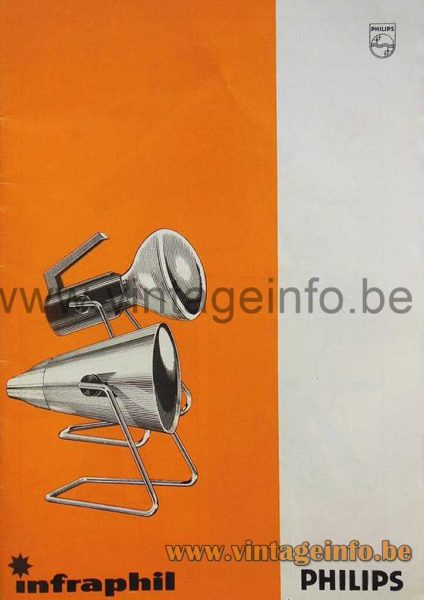 Other versions: The Philips Infraphil HP3609/S infrared lamp exists in several models. Philips infrared lamps are in production since 1945 in many models. The name Infraphil is still in use for their range of infrared lamps, but other models of course.

This infrared lamp is the first in the Infraphil range that uses an E27 socket. All lamps produced in the years before have a B22 bayonet fitting.

Charlotte Perriand had an image of the Phillips Infraphil 7529 in her inspiration archive, which is why it was also in a book at an exhibition at the Center Pompidou in Paris, France in 2005 – 2006. People who have not read this have brought this myth into the world. 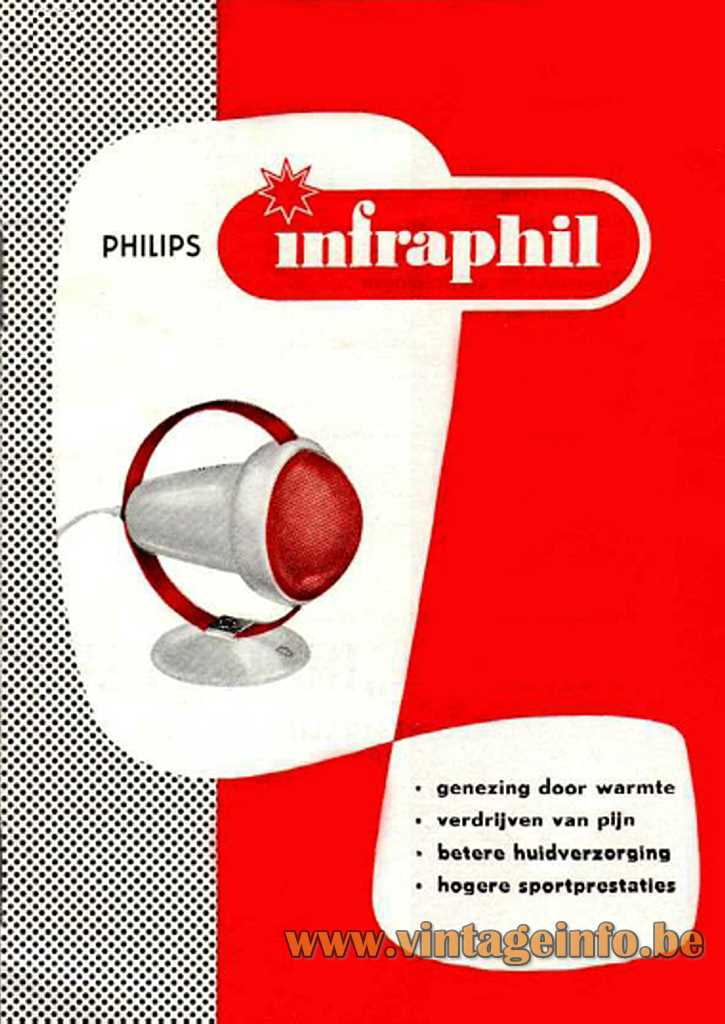